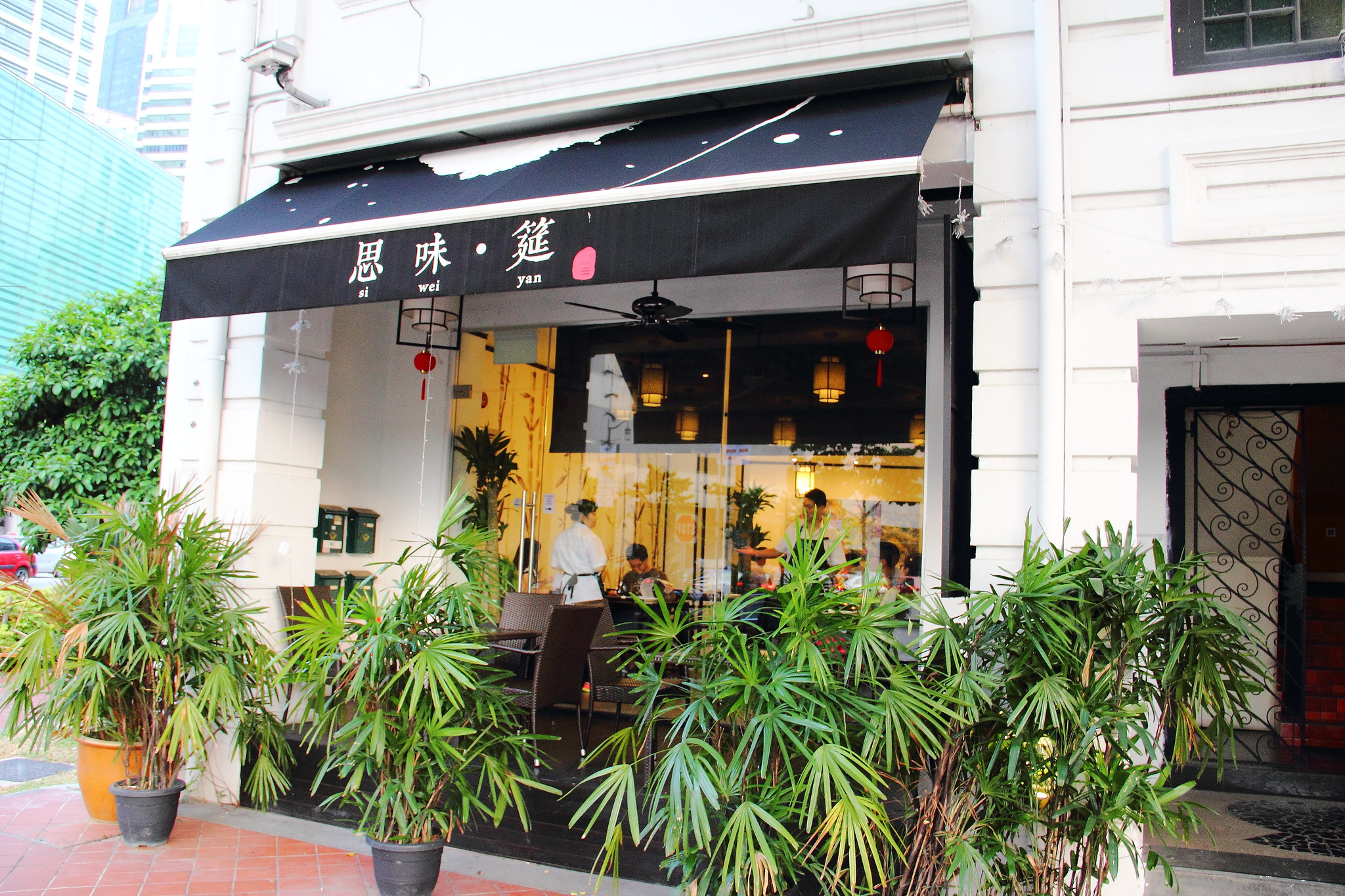 We have known Singapore as a melting pot where we can get different cuisines from different races and nationalities. Over the years, with globalization we have seen more Chinese immigrants work or settle down in Singapore. This also leads to more Chinese restaurants offering cuisines from different part of China. Si Wei Yan (思味筵) at Club Street is one of these restaurants serving authentic Sichuan cuisine which is opened by the same folks behind the popular Si Wei Mao Cai at Mosque Street. 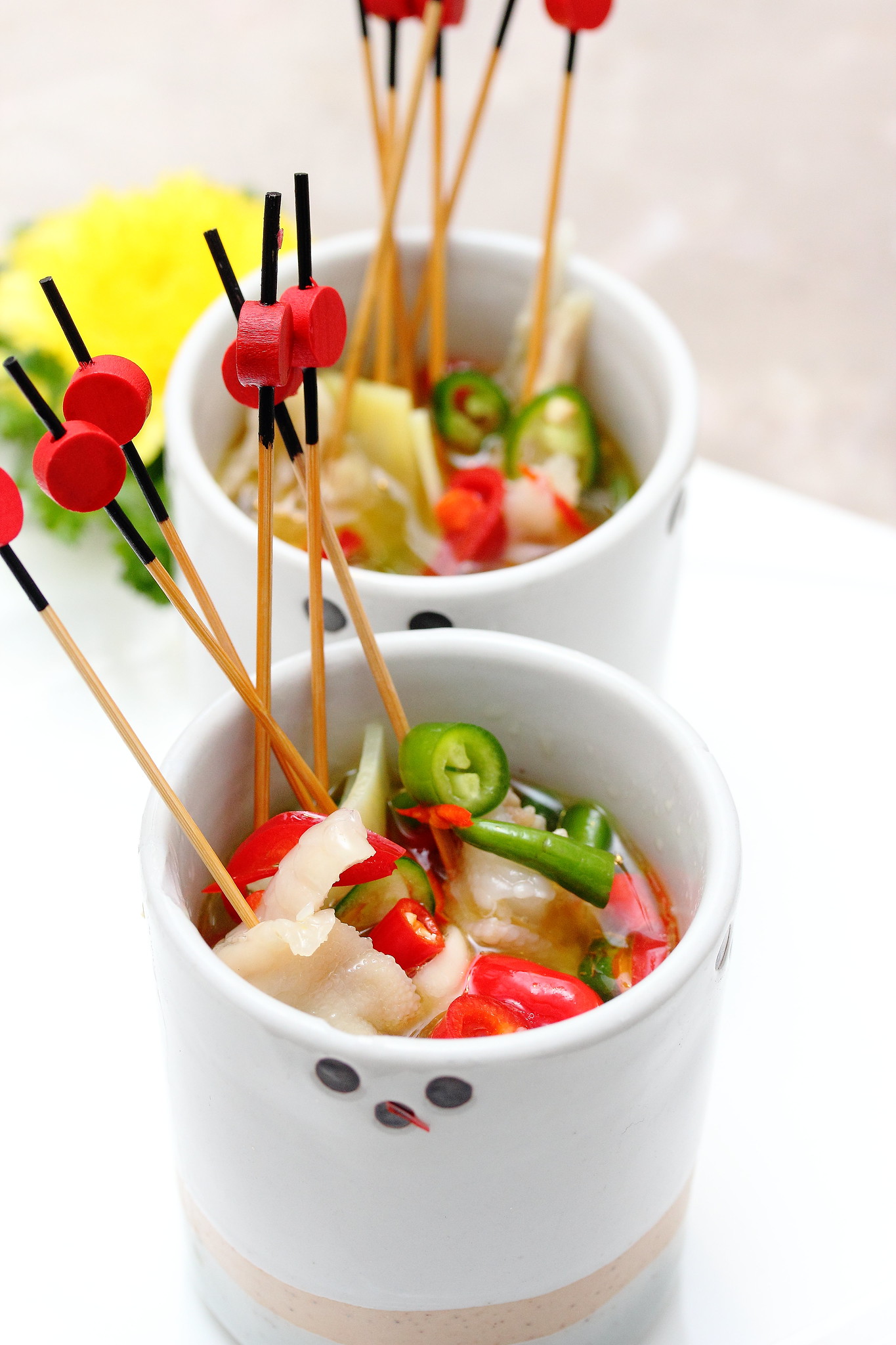 Our dinner started with the Mixed Vegetables in Special Si Chuan Sauce ($14). Chicken feet, black fungus and potato are skewered to the bamboo stick. The concept is like lucky pick. You never know which ingredient is at the end of the bamboo stick unless you drawn it out from the cup of mala chilli oil. A simple cold dish to kick start the dinner with the fiery special Sichuan Sauce. 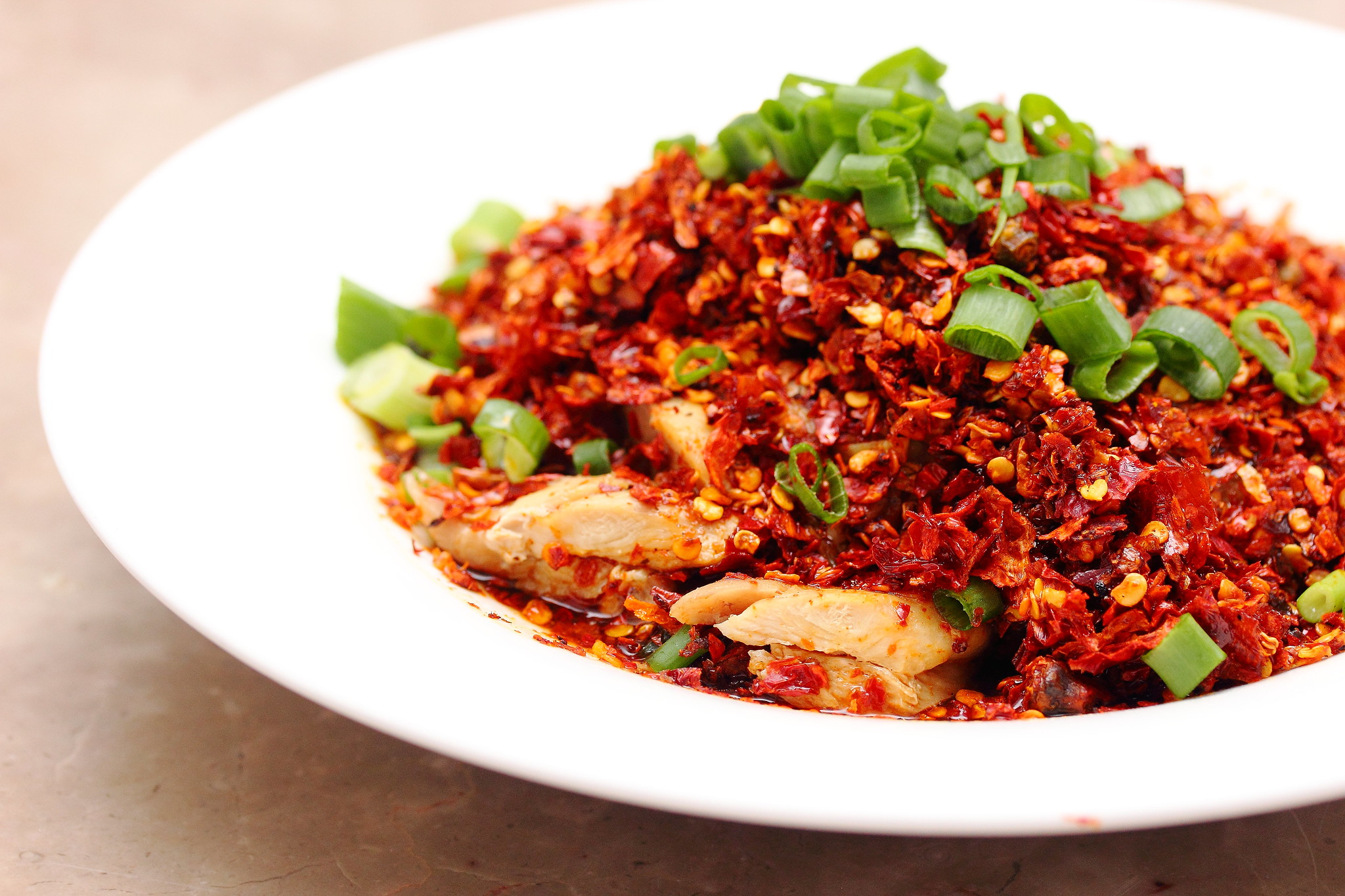 Poached chicken is nothing new to Singaporean but the Chicken in Chilli Oil with Minced Spices ($14) is a red hot introduction to the local palate. I like how the minced spices and chilli oil lifted the flavour of the poached chicken but the meat itself was a bit on the dry side. 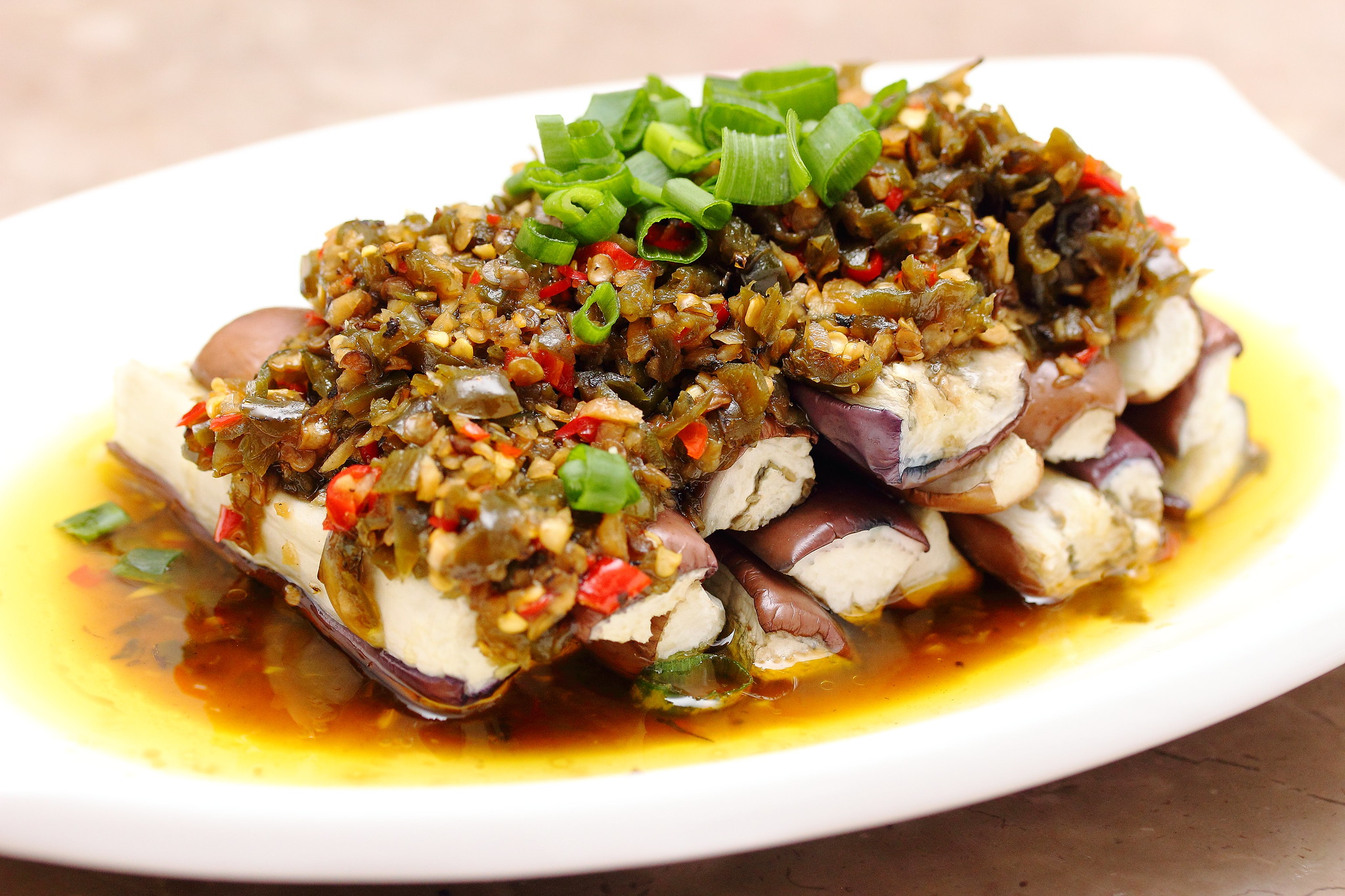 For those that can't really take spicy food, the Eggplant Topped with Homemade Green Chilli ($11) will be my recommendation. The homemade green chilli does not have that fiery kick, instead it gives a more garlicky, crunchy dimension to the dish which complements the eggplant excellently. A worthy note is how the chef prepares the eggplant to a nice crunch. 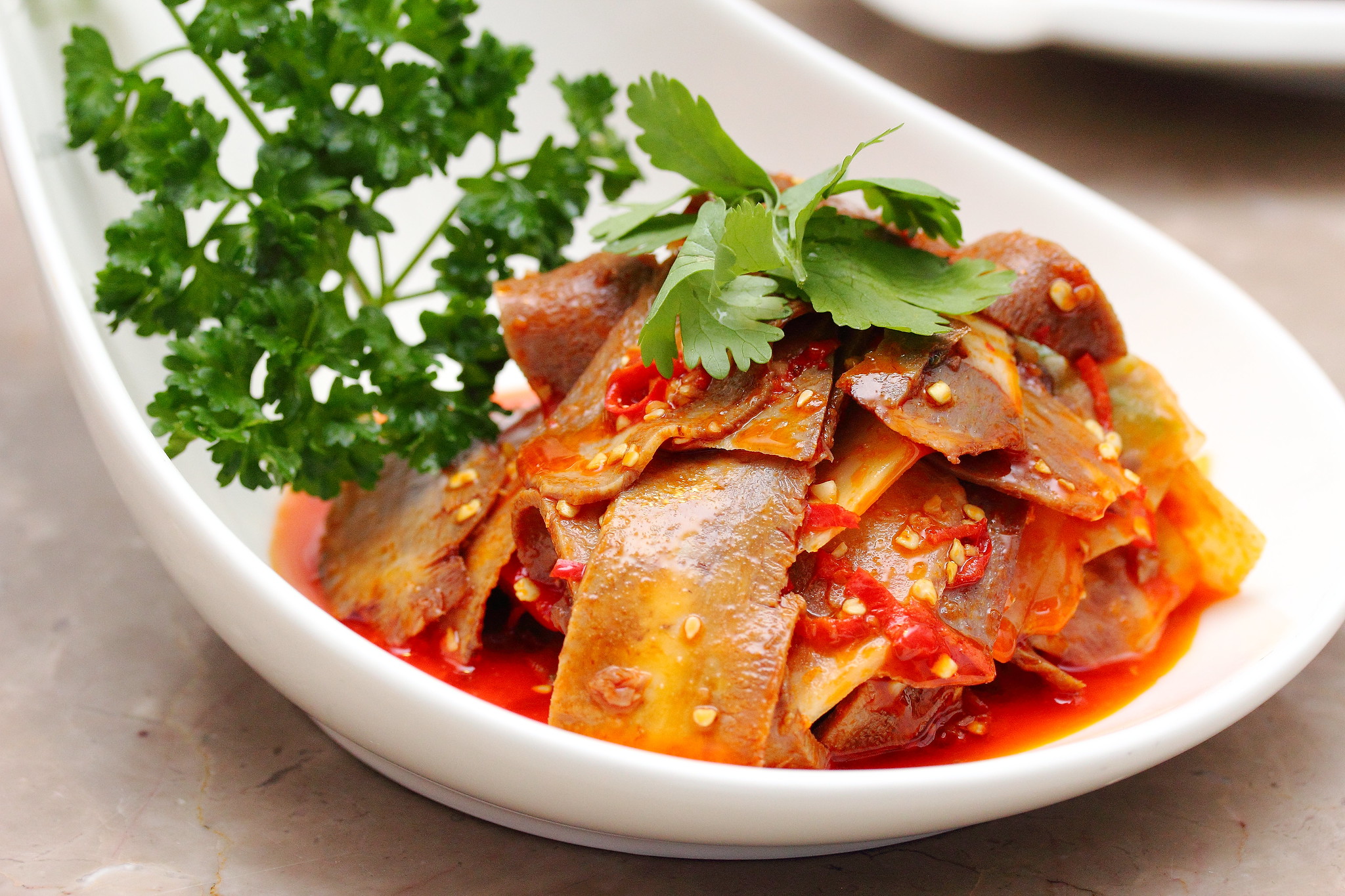 Beef Tongue Slices with Ginger ($16), may sounds rather acquire but it is actually quite nice. The beef tongue is sliced to thin slices which some what felt like eating bamboo shoot with its crunchy texture. 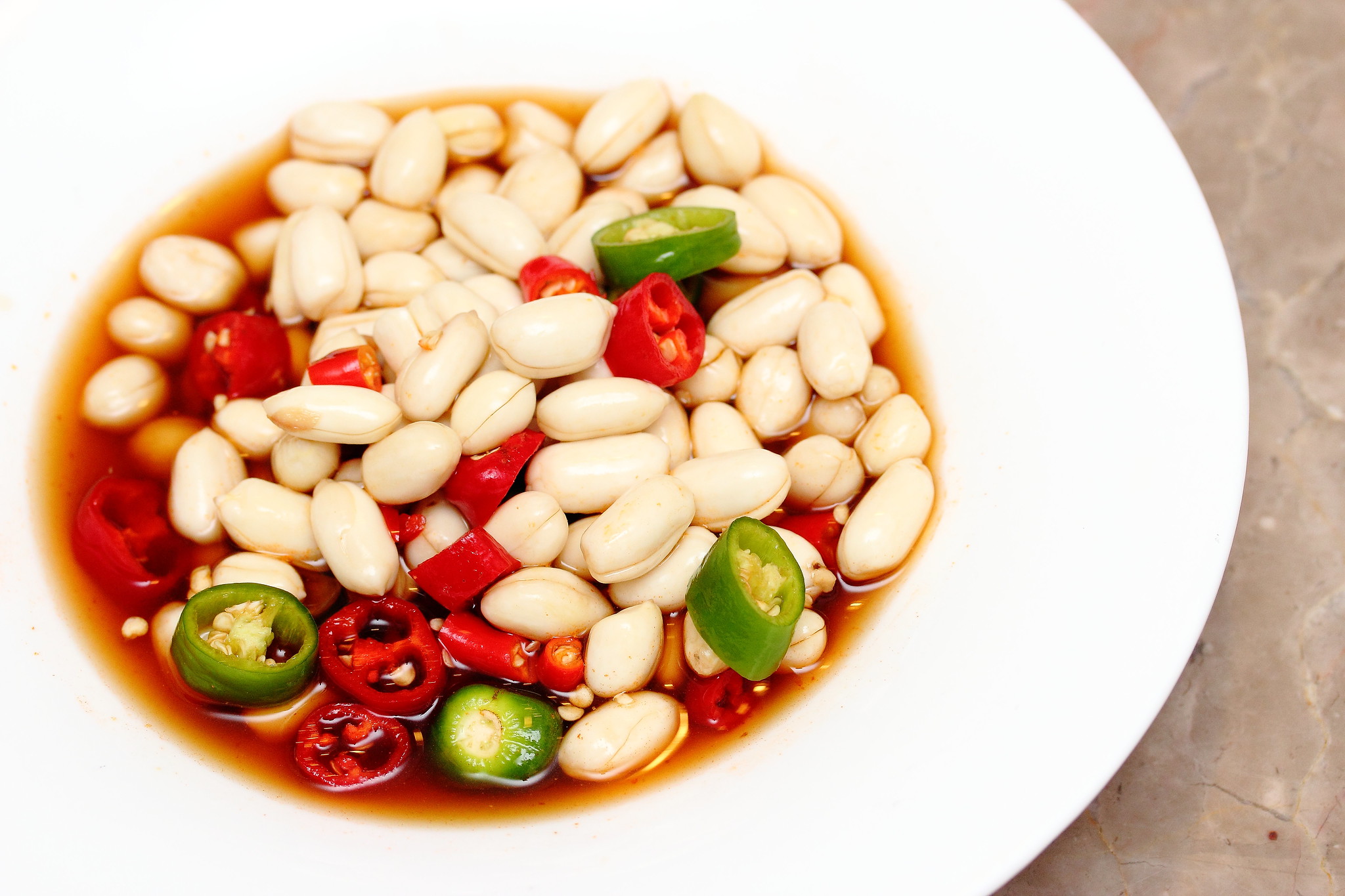 It took me a while to get used to having Raw Peanut in Spicy Soy Sauce ($6). The more I chew into the raw peanut, the more I start to appreciate the new found taste. An interesting dish that may take a while for locals to accept. 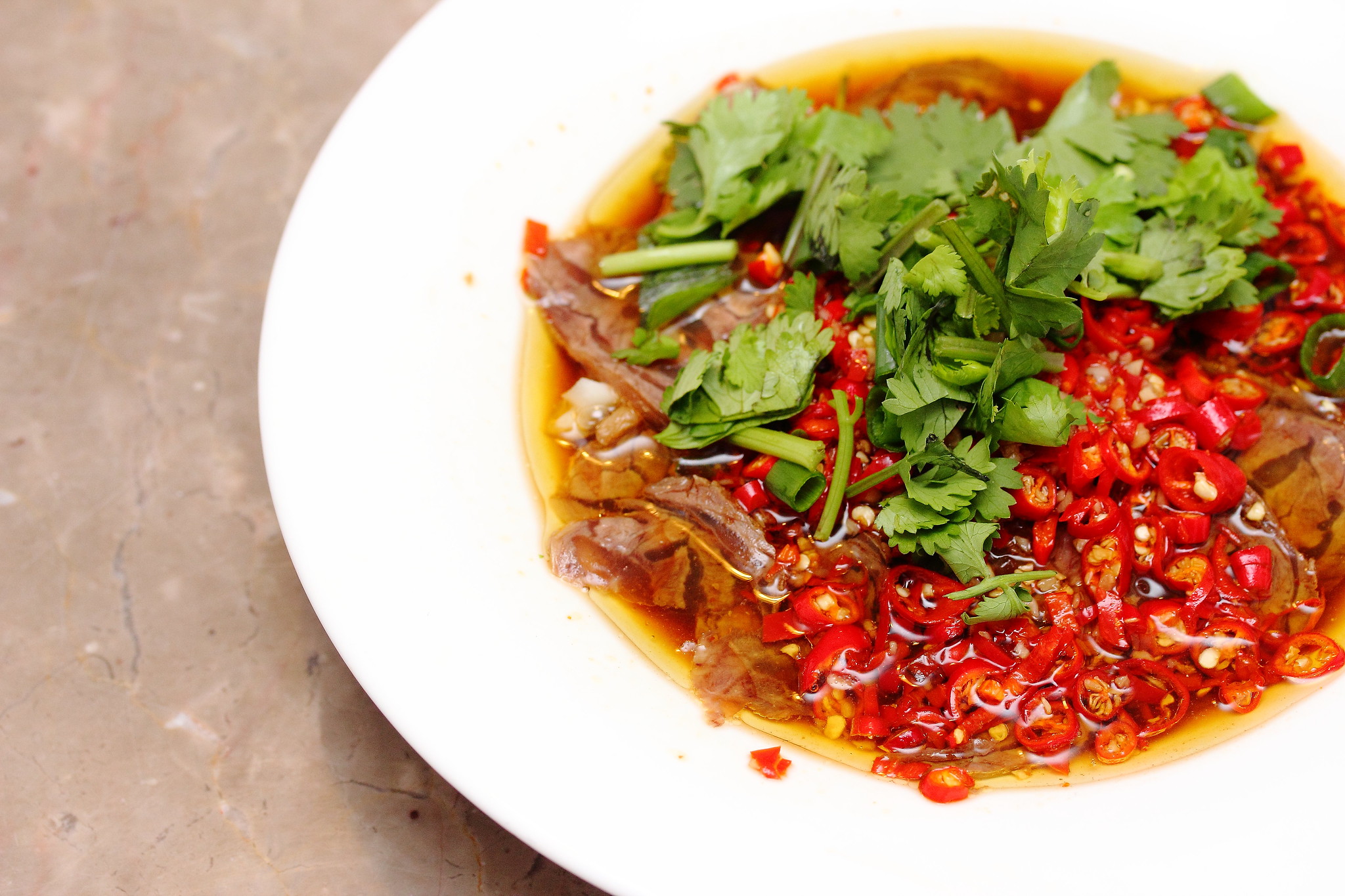 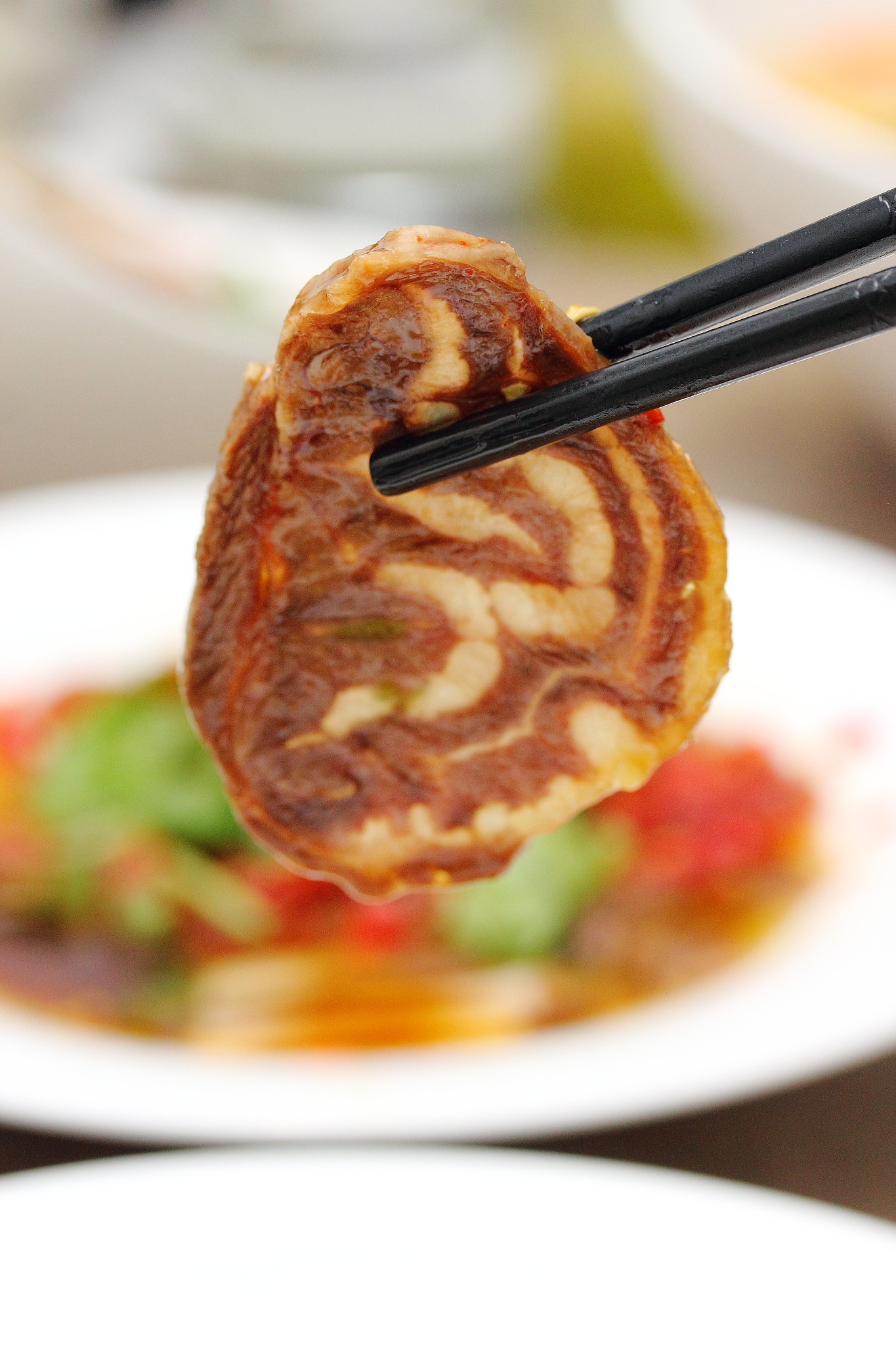 One dish that I would highly recommend diners to order is the Beef Shank Slices in Si Chuan Sauce ($16). Look at how beautiful the beef shank is being sliced with the pretty marbling. Drowned in the pool of spicy Sichan sauce, this accentuated the whole flavour to a tongue wagging enjoyment. 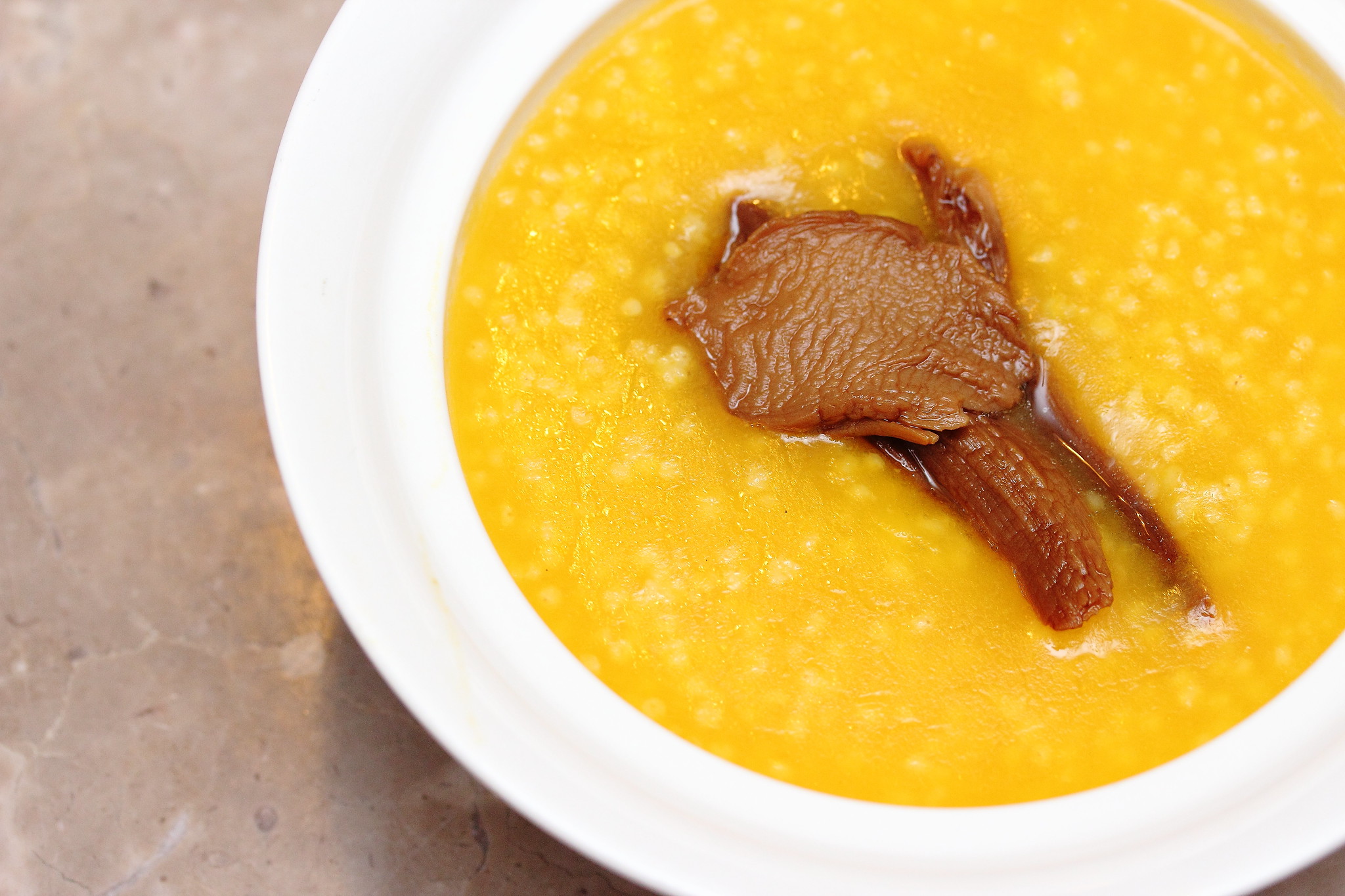 After all the spicy food, we have a break for some non-spicy items. Sichuan cuisine is not just about hot and spicy food. The Matsutake Millet Soup ($12) is timely to cool off the tongue. I like the millet in the soup which has a creamy texture like mash potatoes and fluffy like rice. It felt like having a bowl of comfort porridge. 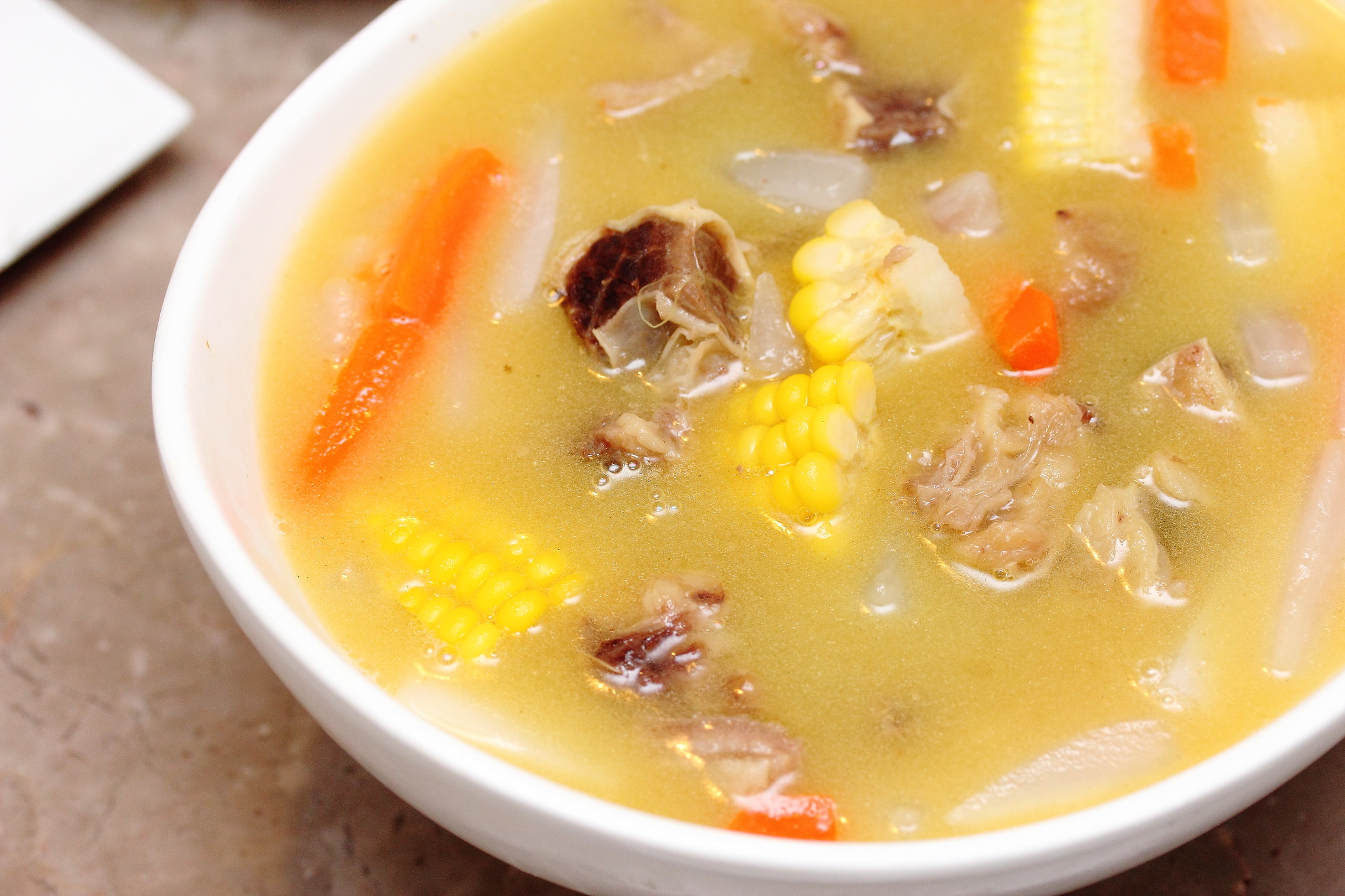 The Stewed Beef Brisket with Vegetables in Pork Bone Soup ($22) is light and refreshing but yet flavourful. Borrowing a quote from one of the diners in the group - it felt like drinking ABC soup. 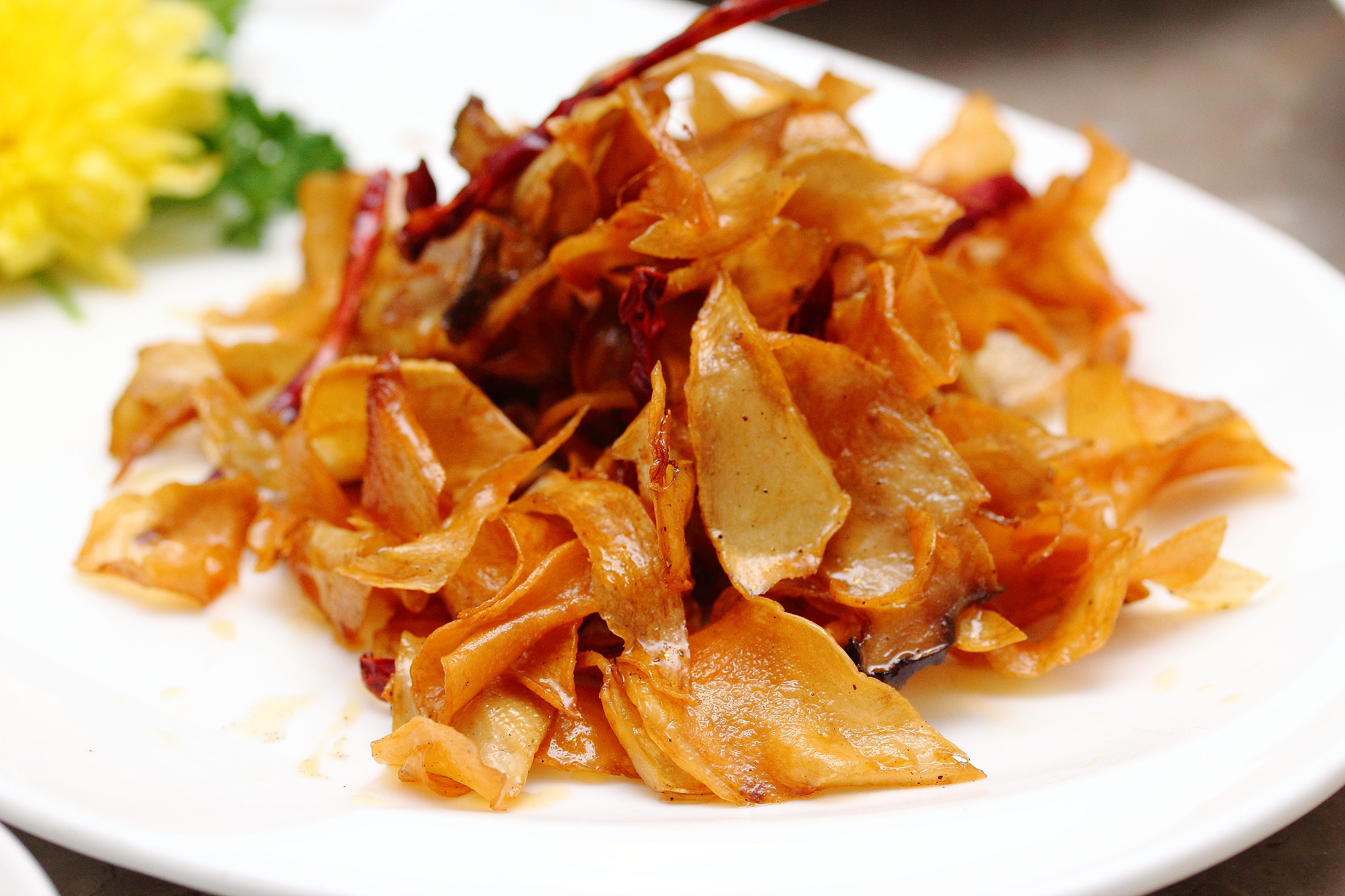 The Stir Fried King Oyster Mushroom ($18) is probably the most popularity dish on the table. Thinly sliced and fried to crispy like potato chips, this is the first dish to disappear from the plates. I do not even have the opportunity to go back for a second helping. 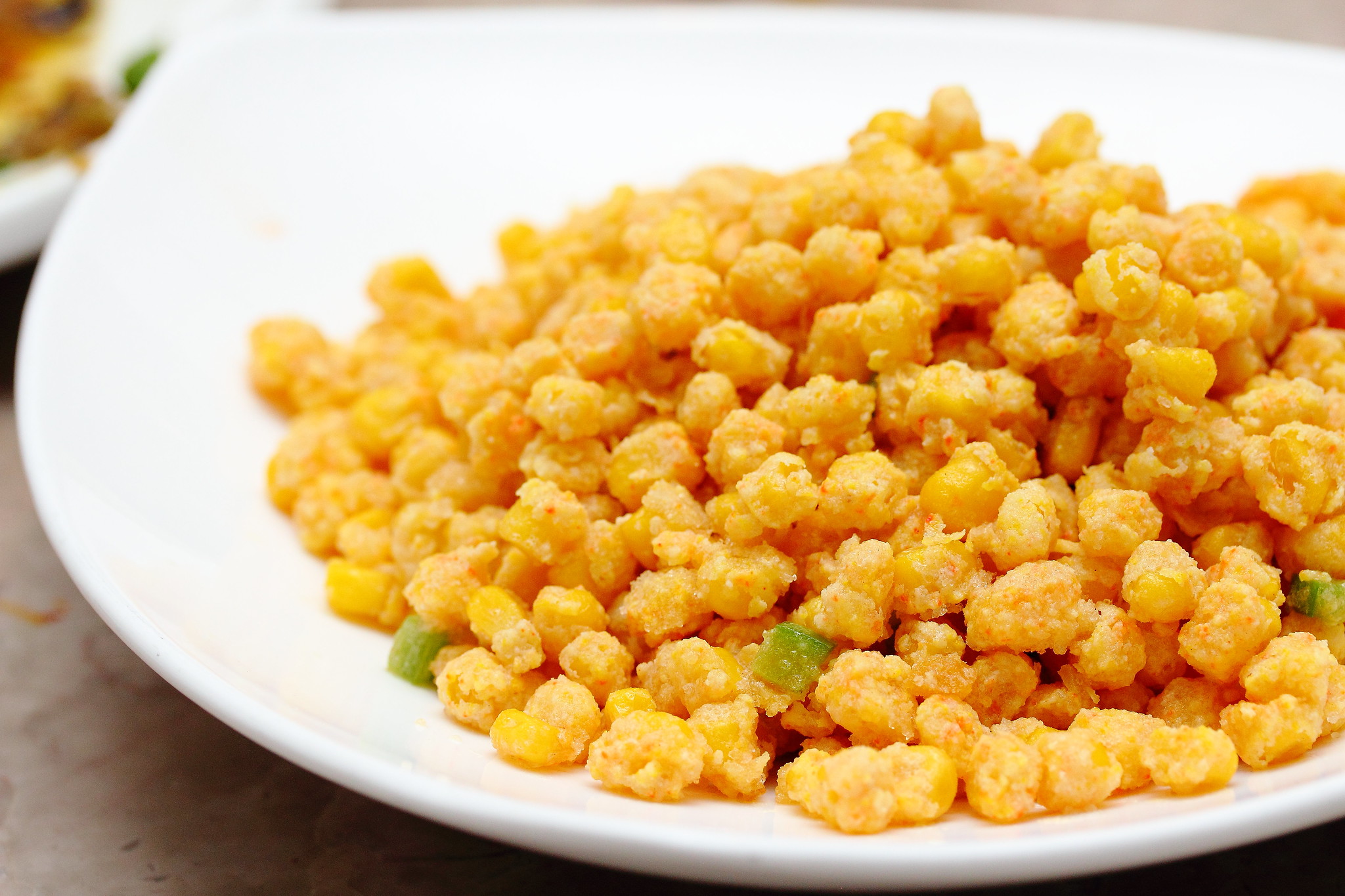 While most of the dishes are hits, the Corn Fried with Salted Egg Yolk ($18) is a miss. First of all, I find the dish too costly. In addition, I could not even taste the salted egg yolk. All I tasted was the sweetness of the corn kernel. 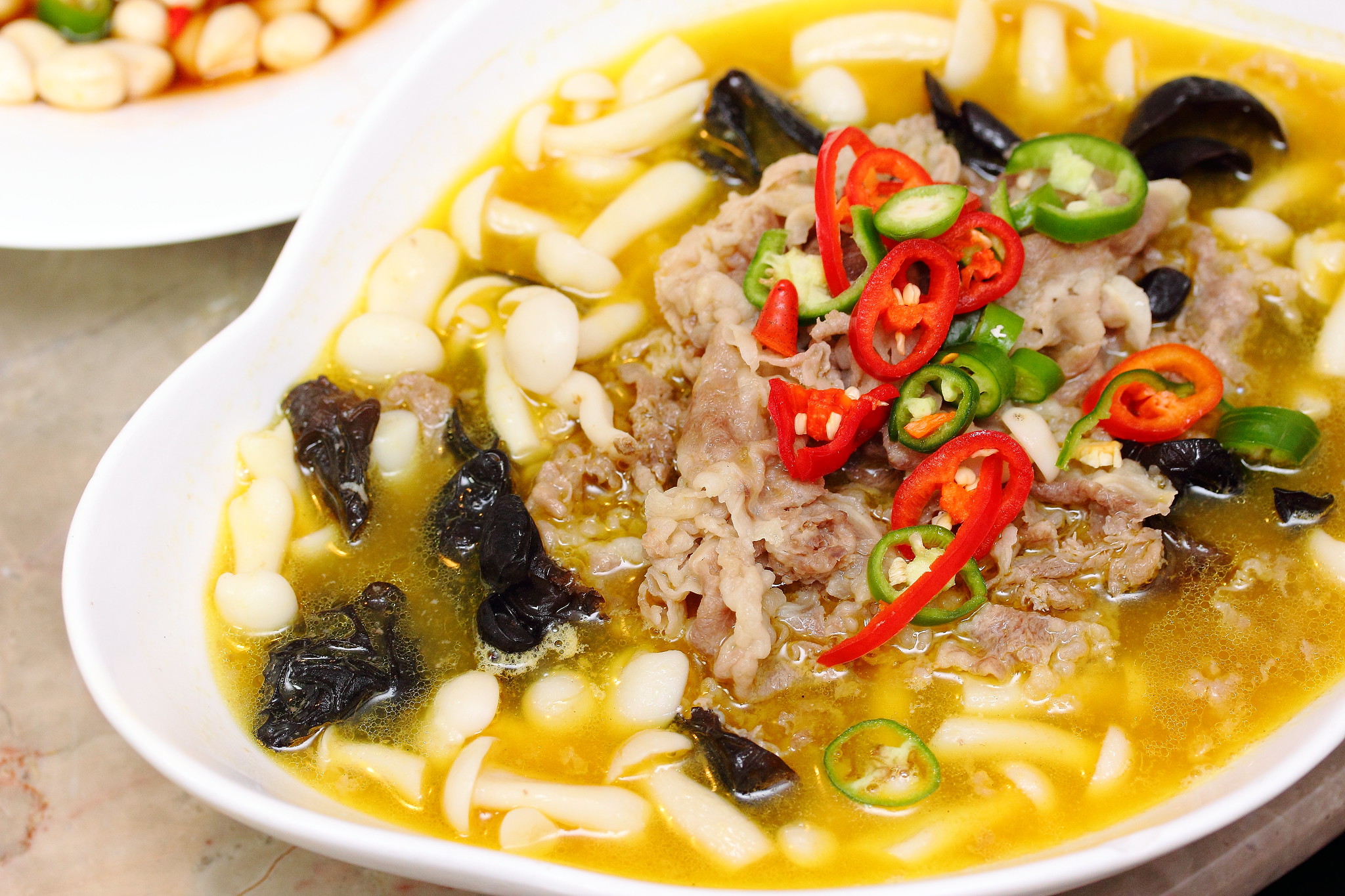 For those that like sour stuff, you will enjoy the Signature Beef Belly Slices in Sour Soup ($32). This is my first time being introduced to the dish. The tanginess of the soup definitely entice the appetite. Together with the beef belly slices, mushroom and black fungus, this is a hearty and comforting bowl of soup. 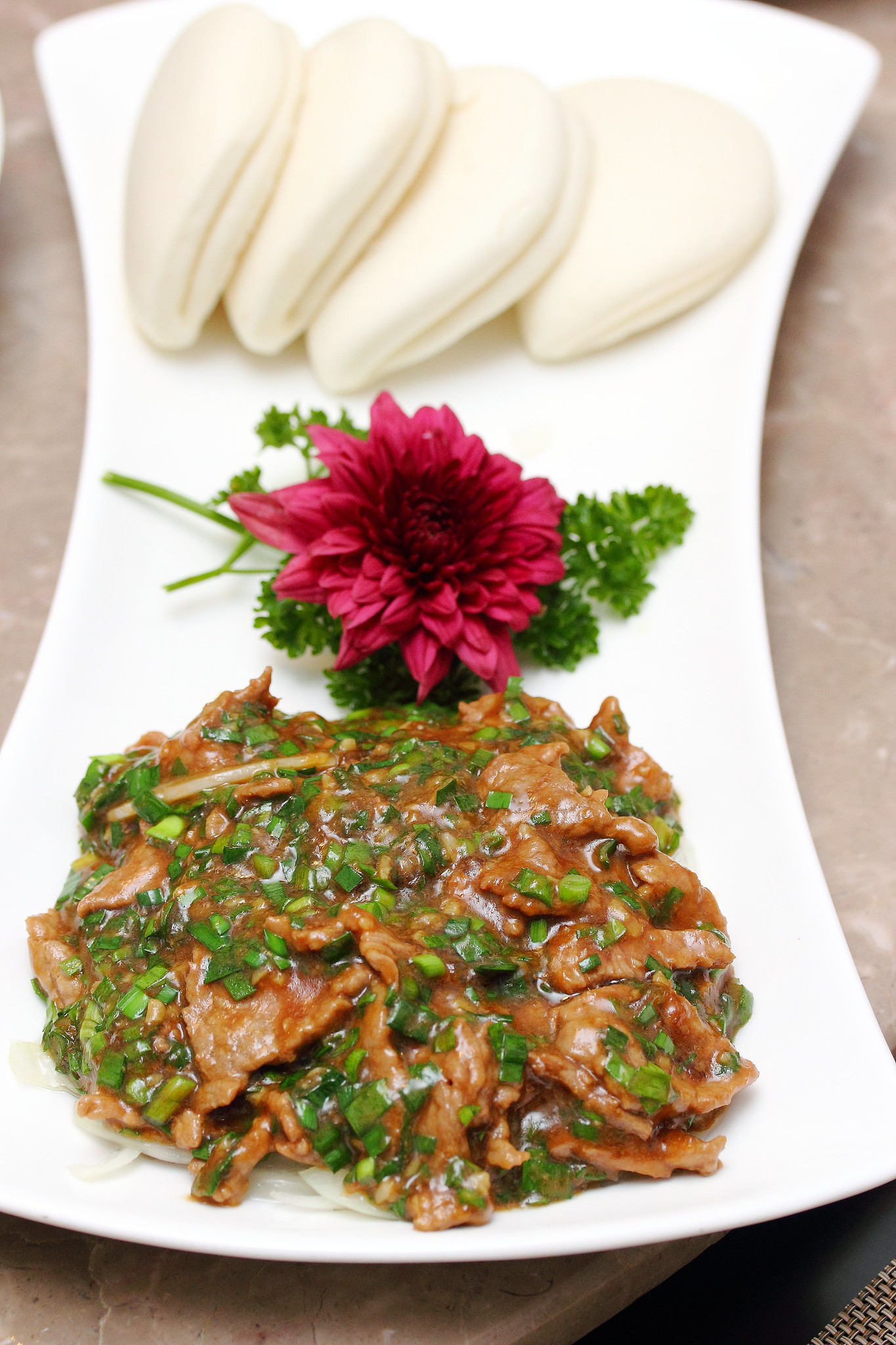 In Hokkien we have the Kong Bak Pau but I didn't know that in Sichuan, they have the Garlic Chives Flavoured Beef Slices ($26) with steamed bun too. The beef slices are cooked to a beautiful tender that literally melted in the mouth. 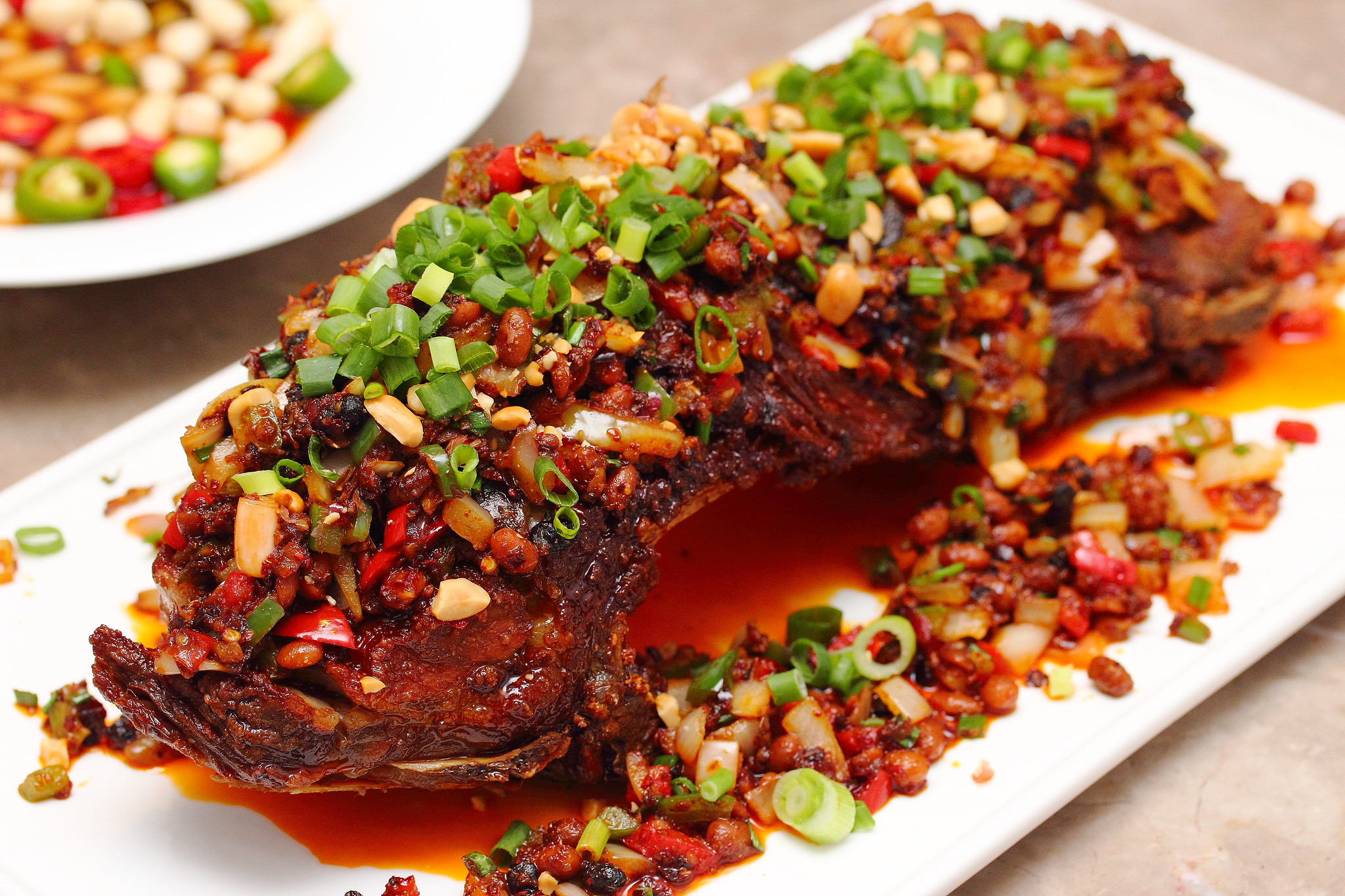 Spectacular in presentation is the Si Wei Signature BBQ Pork Ribs ($48). The gigantic pork ribs is first braised, then grilled and finally deep fried before topping it with the different spices and spring onions. You can request the kitchen to chop up the pork ribs into smaller pieces for easy consumption. I thought the meat was a bit tough and dry but my dining partner actually enjoys the textural bite. 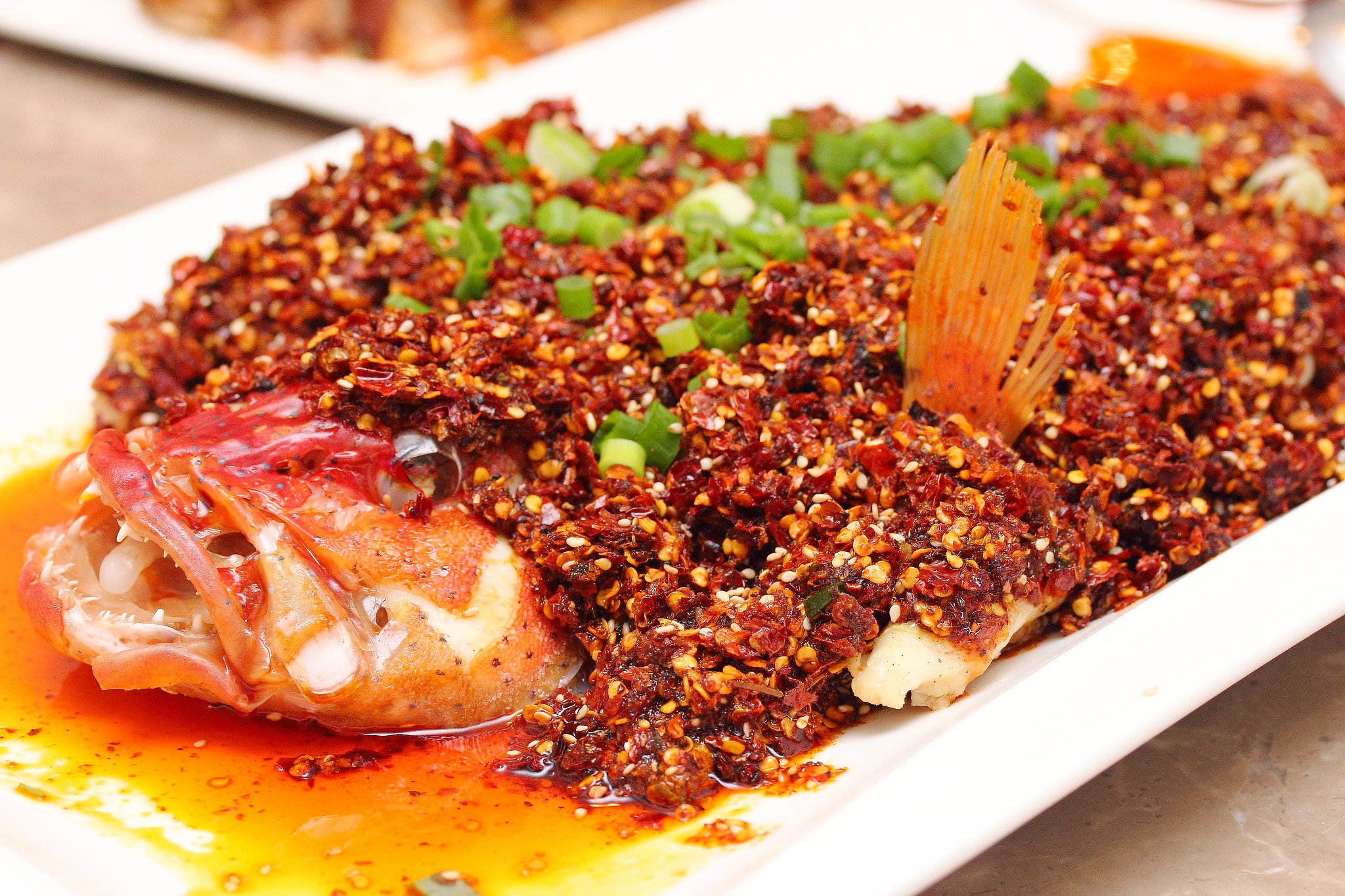 I personally prefer the Red Grouper in Si Wei Dry Chilli (Seasonal Price) more than the Pork Ribs. The fish is steamed to a lovely moist and dressed in a coat of dry chilli. The star is the dry chilli that emits an aromatic scent when eaten together with the fish.


PROMOTION TO READER - DISCOUNT OF 10% OFF TOTAL BILL

Great news for SG Food on Foot readers. Si Wei Yan will be giving readers a discount of 10% off the total bill for the month of April 2016. All you need to do is to quote "DERRICK10".