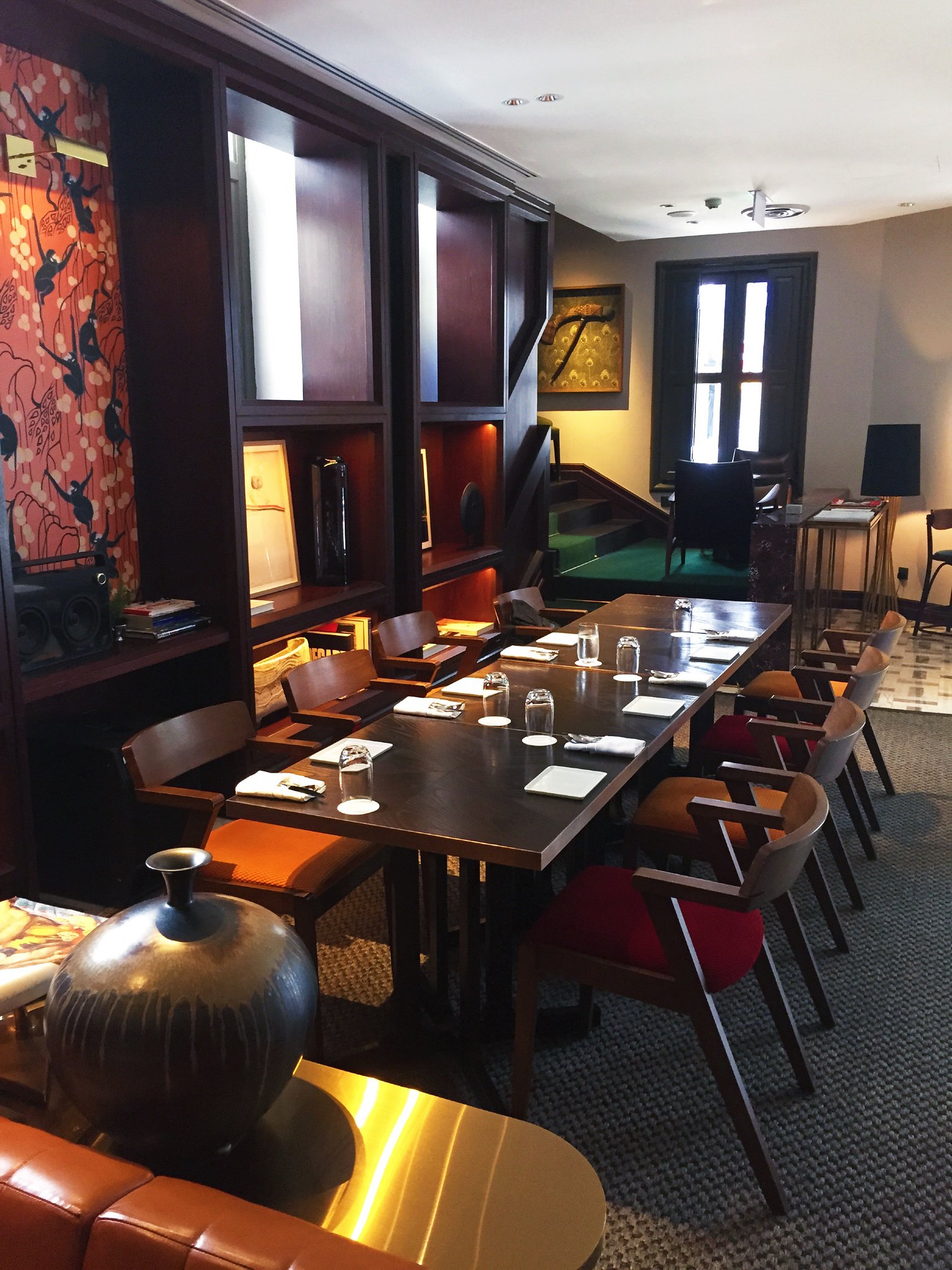 Going up the Ann Siang Hill footpath, I come upon the quieter end of Club Street and the hotel where Mr & Mrs Maxwell reside and realise I’ve been here before. On some Sunday in 2015 I had, by misadventure, ended up in the post-apocalyptic silence of Telok Ayer, and they were the only place open. Inside the gorgeous, dimly lit Art Deco space, I had their signature chicken rice (pretty good) and thought, well, the menu writer clearly hasn’t got the memo about the decor.

When I tell Azrin, the manager during the tasting, about my previous experience he laughs and assures me that they’ve brought the food in line with the looks. They’ve also done a bit more brushing up. Now MMM looks even more like a place where Gatsby might have practiced his party-hosting skills before graduating to West Egg - it is a lovely Art Deco parlour, from the bright and warm lighting to the splendid porphyry bar counter. Coffee table books and curios line the shelves, but the sofas have been replaced with sleeker dark wood tables.

As Azrin says, the menu has been brought in line, which means it’s gone a little more conventional. That brunch items are served till 7pm, though, is a great touch - especially since the most memorable dishes we tasted are from the brunch menu. 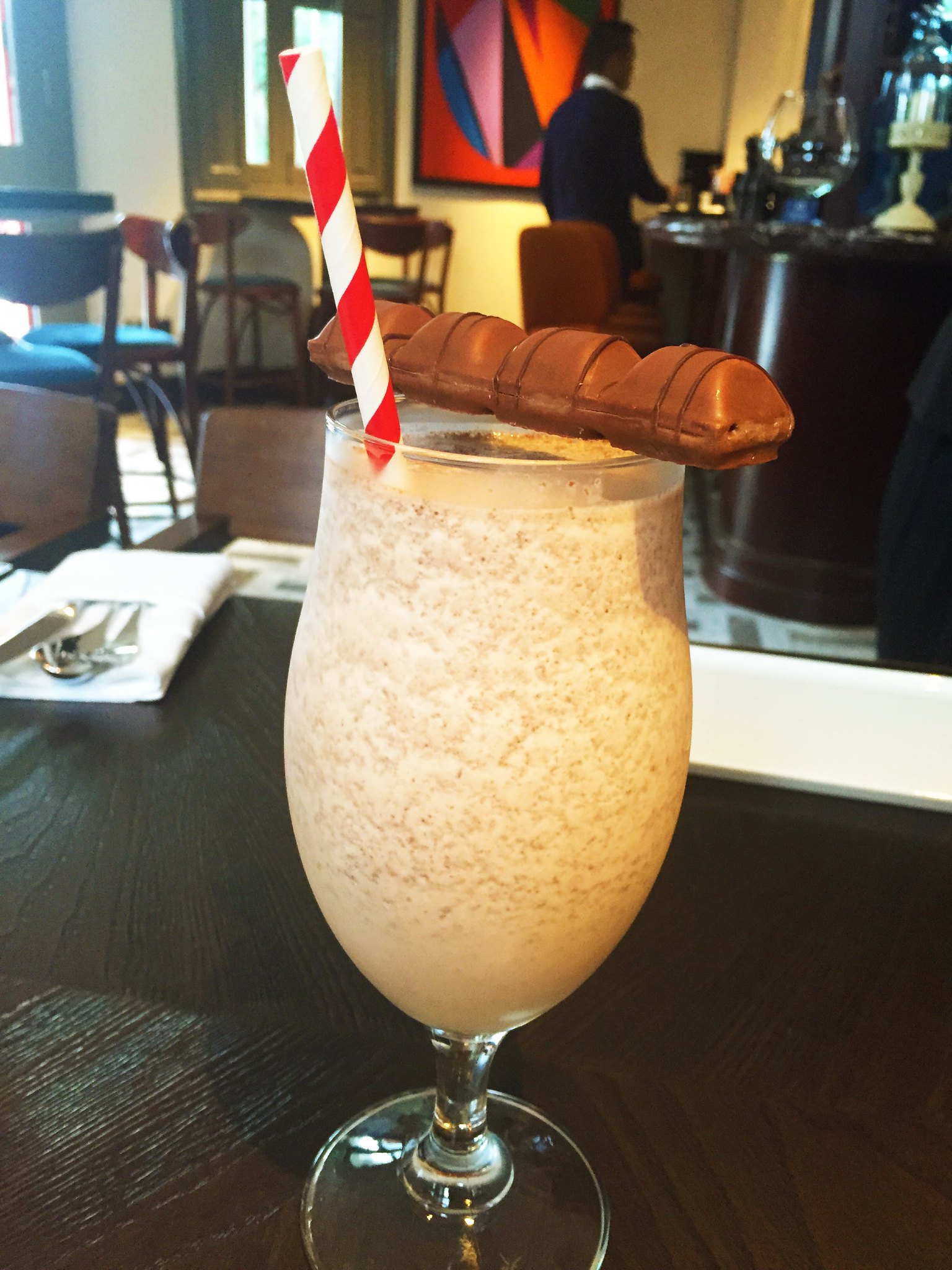 To start off, I get an adult shake - the Chocolate Bailey’s, which is pretty much what it says in the name. The two flavours, both rich and lingering, would probably be overwhelming at room temperature, but balance out nicely when chilled into something that matches oddly well with the Kinder Bueno garnish - chocolatey, milky, a little nutty. 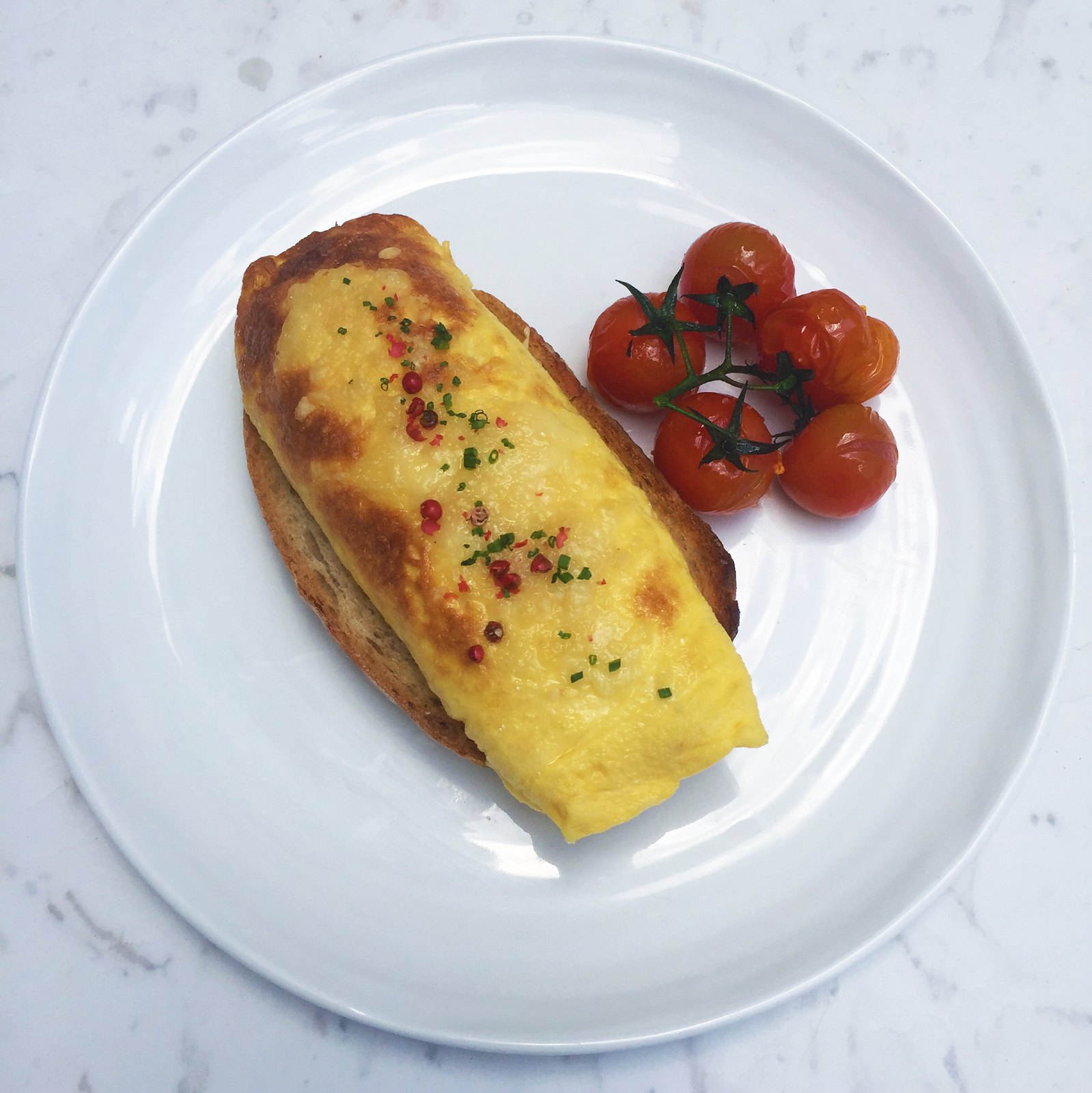 The first of these is the Lobster Omelette, served on a slice of toast with a strong, fungal whiff of Gruyere. The omelette itself is soft-hearted, studded with shreds and chunks of Maine lobster; it doesn’t feel like it would meld with the strong-tasting Gruyere, but it somehow does. Red peppercorns add both colour and a dash of fruity fragrance. 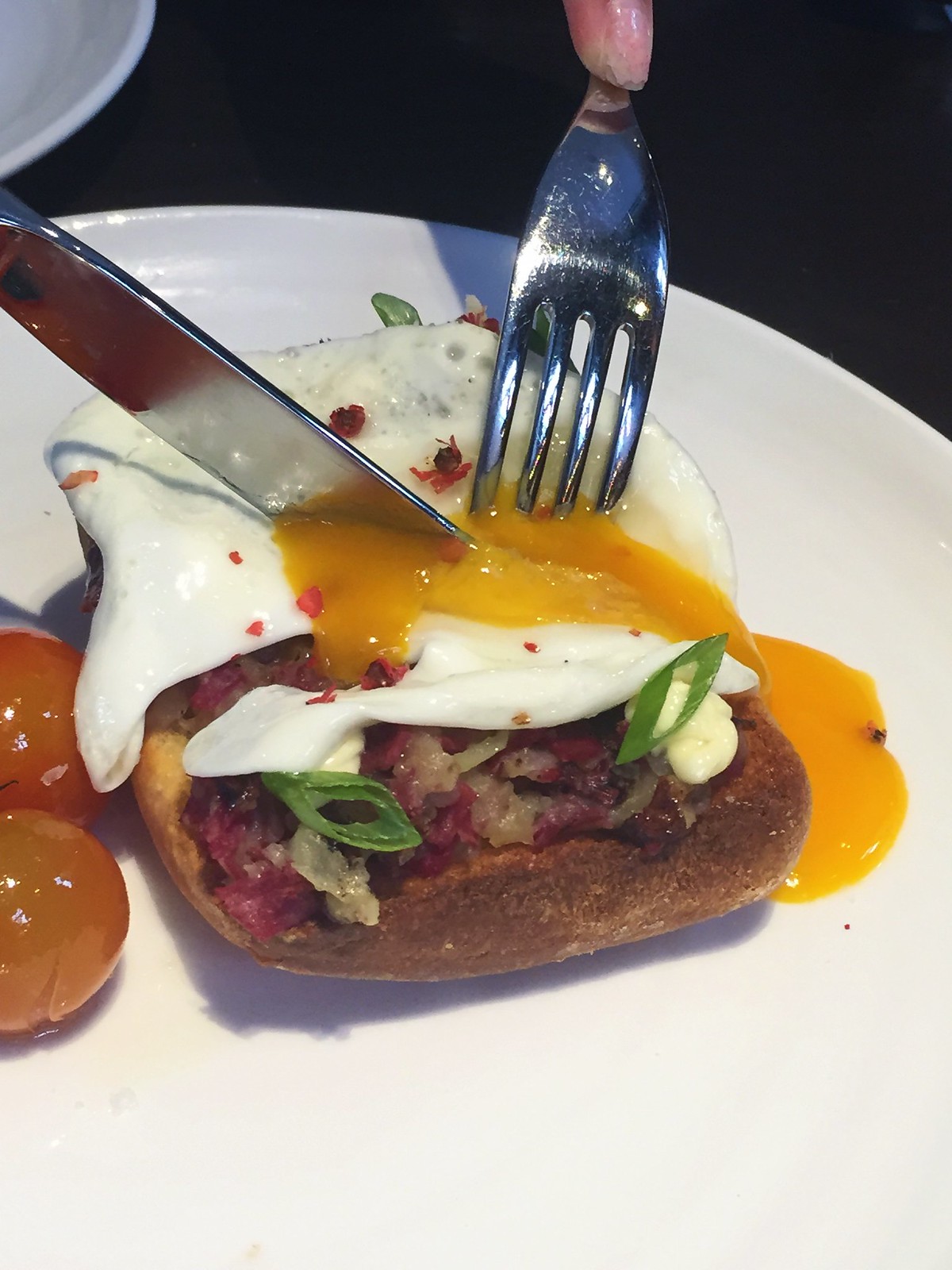 Just as good is the Corned Beef Hash - again, another dish without much frippery but with plenty of substance. It is the sweated, smoky onions that really give the hash a lift, to complement the hefty salt in the corned beef and the well sauteed potato hash. It’s the perfect brunch for a very relaxed day when the only item on the agenda is digestion. 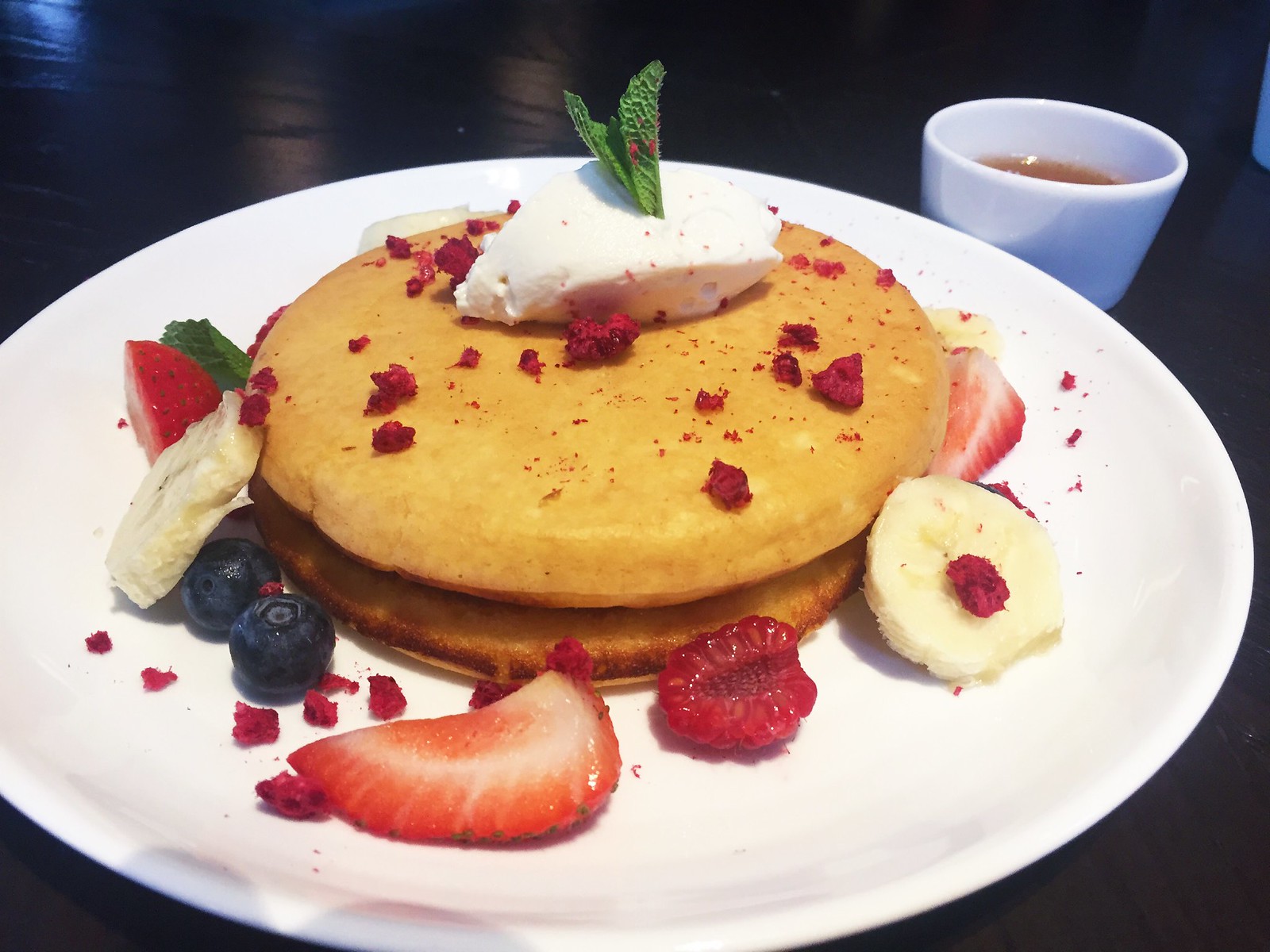 I’ve never really understood the appeal of a hotcake, so it’s perhaps no surprise that the Ricotta Hotcake here doesn’t do much for me. I understand that it is well-made - something thick as a tortilla, but still pillowy inside, definitely takes skill. A shower of berries works as accompaniment, but truffle honey - against something as mild as ricotta - is a touch too far, pushing the dish out of focus. 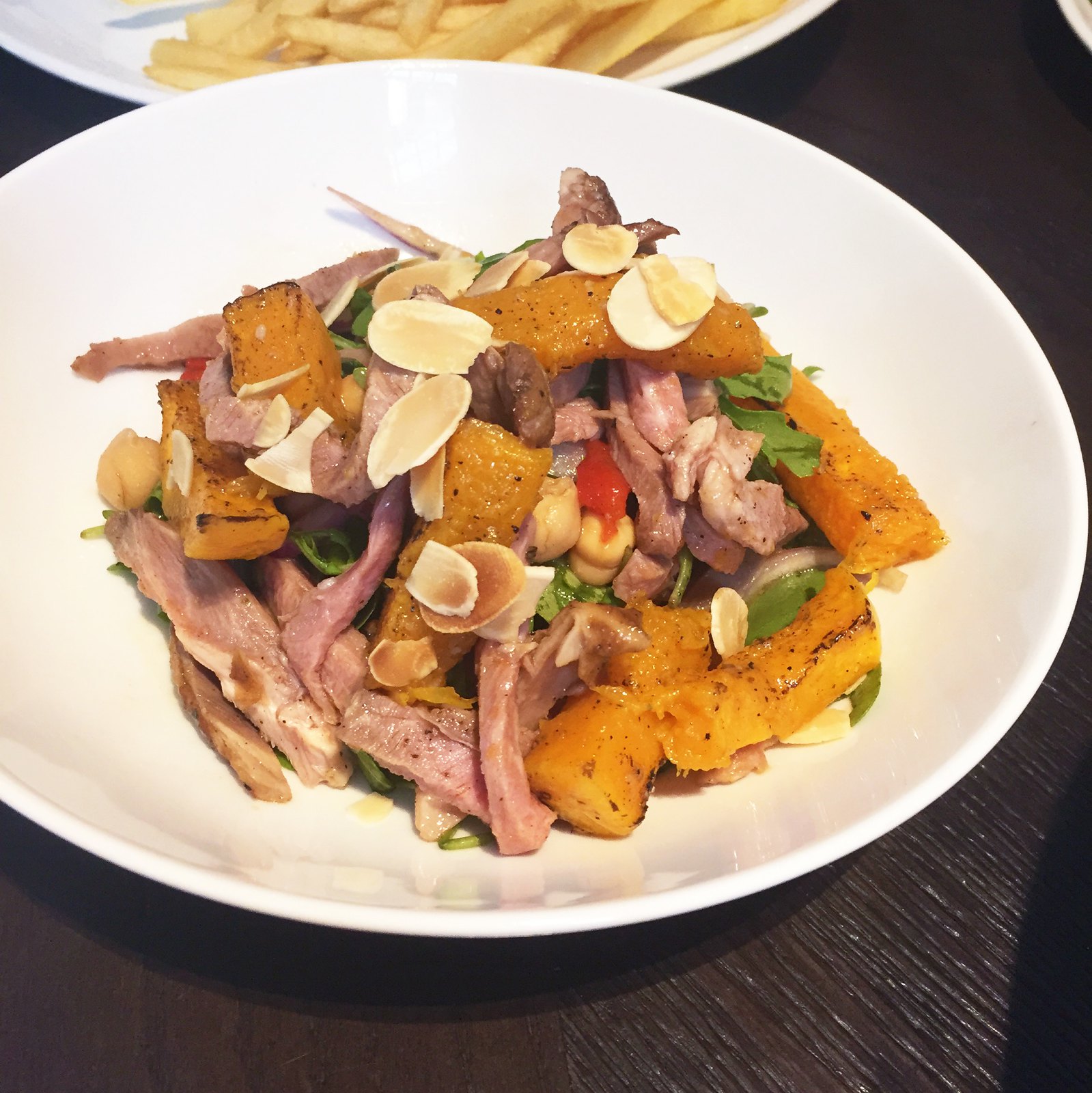 Much more to my personal taste is the Lamb Salad, which is more carefully composed. Lamb shoulder, cooked for 48 hours, comes with preserved lemons and roasted pumpkins which tug and jostle pleasingly, sweet against sour. It pretty much is a tagine that became healthy at the last minute - there’s even the flaked almonds for crunch - and while I would prefer a full tagine it’s still nice to have a part of one. 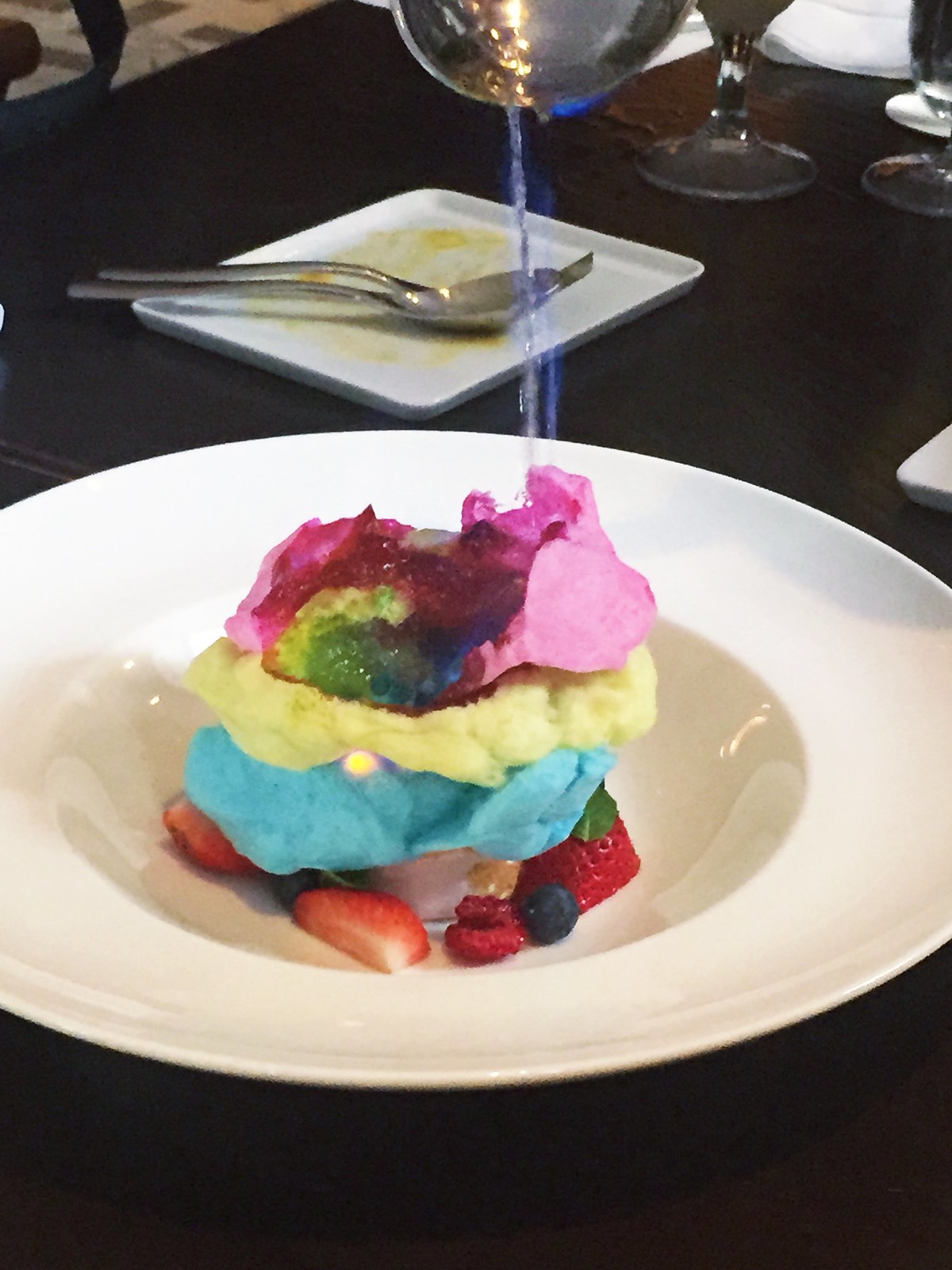 But it is with desserts that Mr & Mrs Maxwell indulge with most of their theatrics. Baked Alaska, for instance, is done by the tableside with flaming liquor on a rainbow of cotton candy covering the confectionary itself. But while it looks nice with the lights down and blue flames dancing, the dish doesn’t quite live up to its entrance. Cotton candy melts into a vaguely coloured goo, and there is nothing to counteract its sweetness on top of the ice cream below. 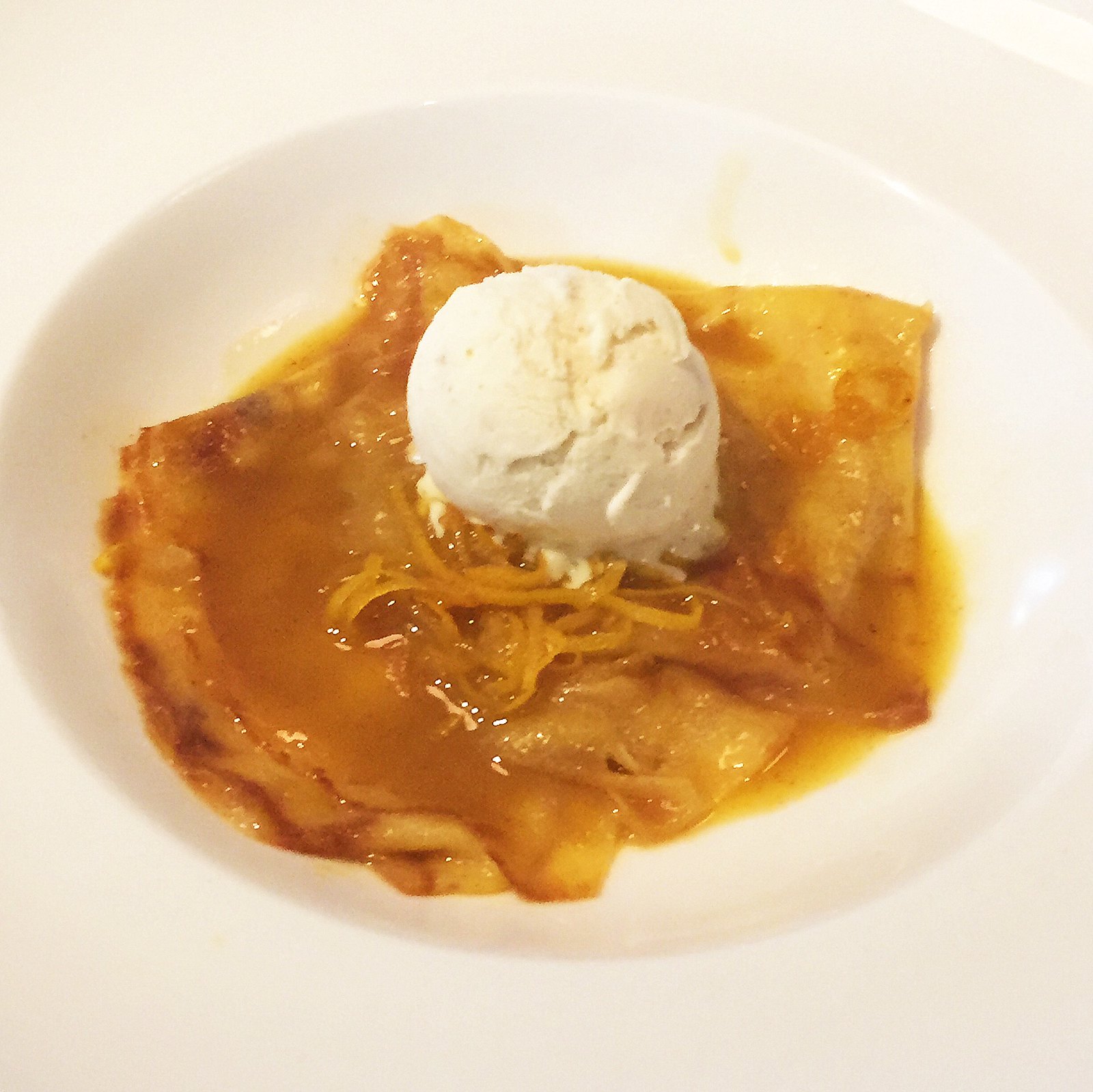 More thoughtful, and just as grand, is the Crepe Suzette. Born a century ago of a legendary tableside mess up, when a normal crepe was accidentally set alight, the Suzette here is made at a separate station where several sorts of citrus are mixed - oranges, limes, and the best citrus drink of all, Grand Marnier. The result may be a bit too lively and sour for some, but a little ice cream is enough to bring the crepes back to balance, and the sauce is quite the right consistency, a rather thin syrup.

There are definitely some flaws with the experience at Mr & Mrs Maxwell, which I would put down to the occasional menu-writing overreach. That truffle honey in the ricotta pancake is a case in point, as is the cotton candy and general immoderation of the Baked Alaska. But elsewhere things are definitely finely honed, including the efficient and often humorous staff.

At the same, I can’t help feeling that - having gone the distance in terms of looks - they don’t seem to push the theme, that of a parlour of the Gilded Age, quite as far as they could. Certainly, they’ve come a long way towards that from serving chicken rice and laksa; the items are now congruous with the sort of 1920s vibe. But with some tweaks in the menu, I suspect they could become more Fitzgeraldian. Still, it’s a lovely lounge the Maxwells have, and well worth a look.