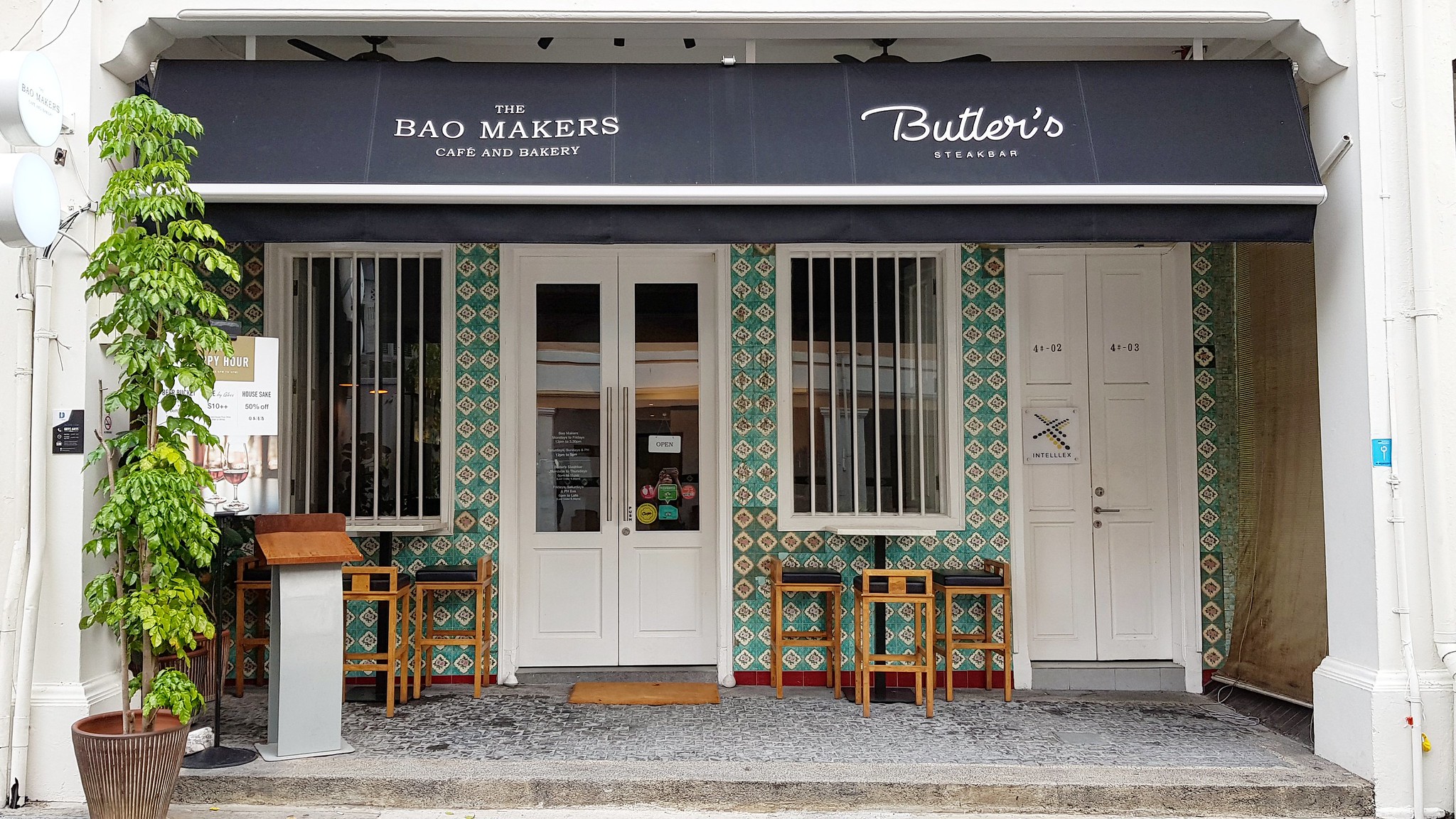 Having relocated to the hip enclave of Jiak Chuan Road from its previous venue at Jalan Besah in November last year, Singapore's pioneer Bao concept restaurant, Bao Makers released a refreshed menu with an even wider array of exciting items in conjunction with their upcoming 3rd anniversary. Established in 2015, Bao Makers pride themselves in their specialisation of delectable open-faced buns, infusing local elements into this delicacy inspired by the traditional kong bak bao. 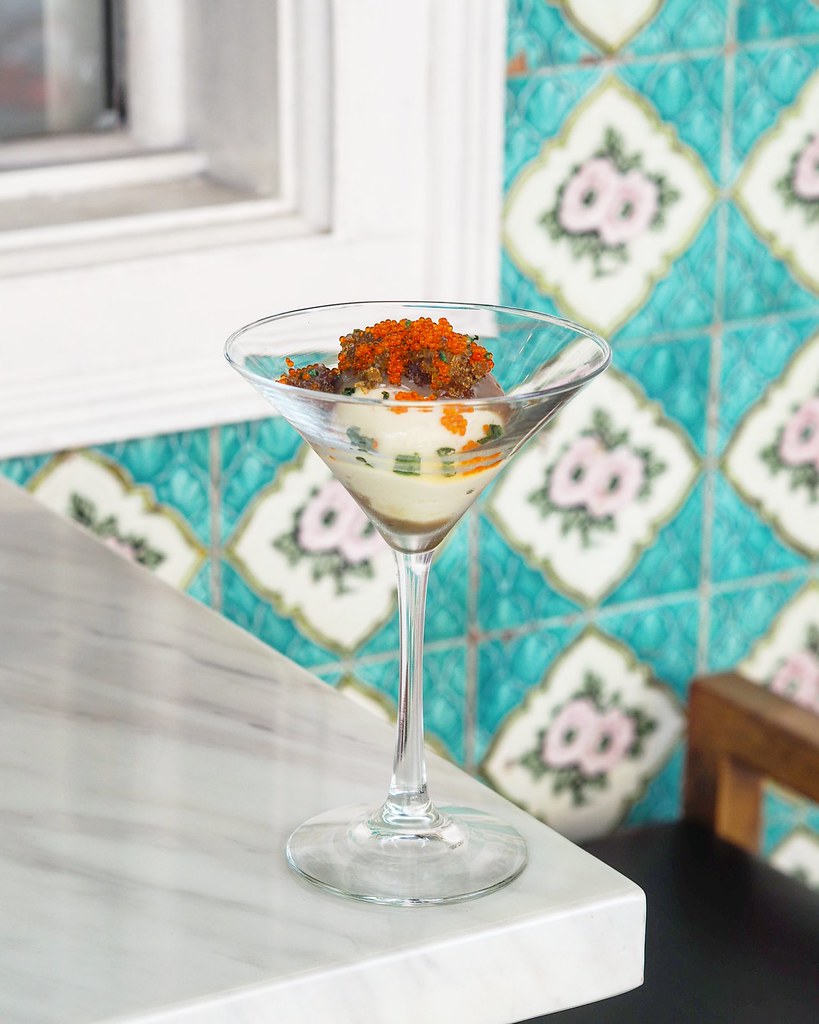 Starting off with the appetisers, we had the Crabmeat Beancurd with Century Egg Sauce ($5.80). Featuring a silky smooth beancurd tofu with refreshing shredded crabmeat embedded within, it comes with a rich century egg sauce which packs a sharp spicy tinge to further liven up the flavour. The finishing touches of chopped century egg albumen and tobiko contribute another textural dimension to the dish, displaying an excellent interplay of flavours and textures. 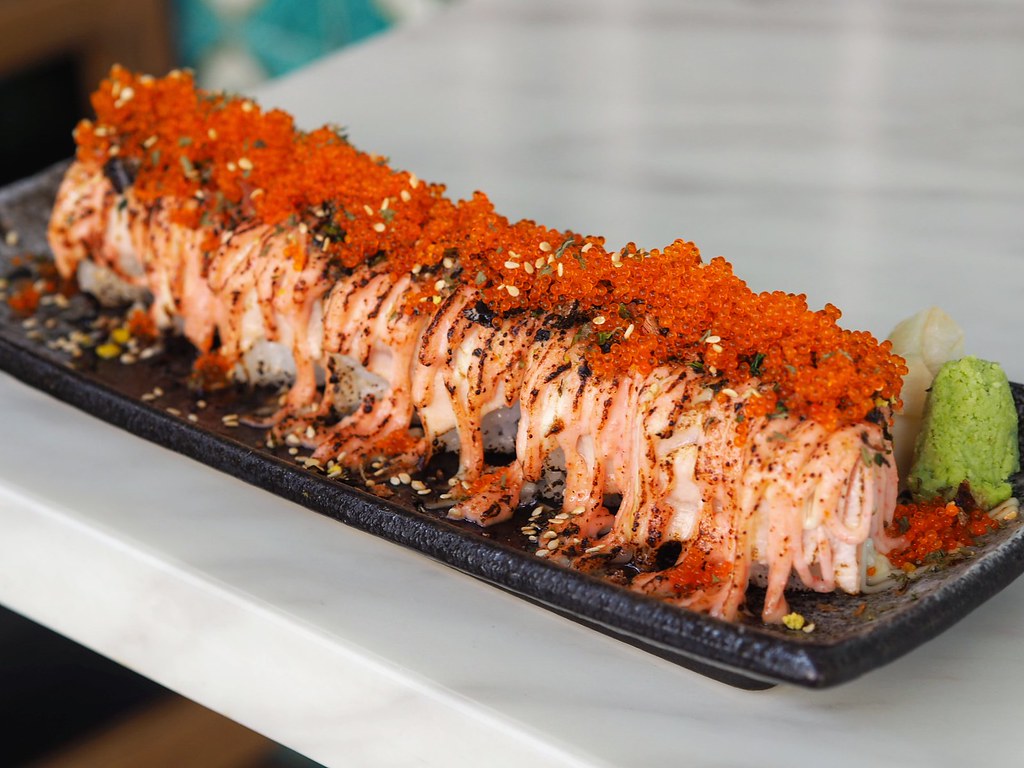 The Salmon Mentaiko Roll ($16.80) features a maki rolls wrapped around crabsticks and crunchy cucumber pieces, before being topped with blow-torched salmon and drenched in a rich pool mentaiko sauce and generous tobiko atop. 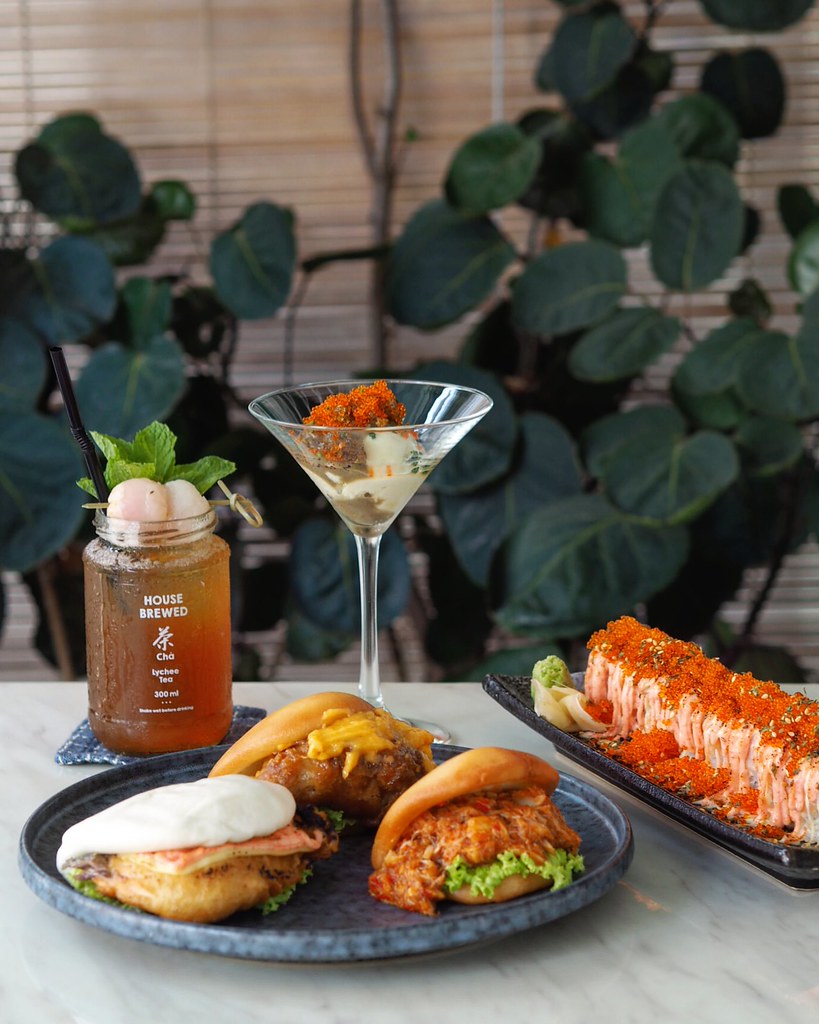 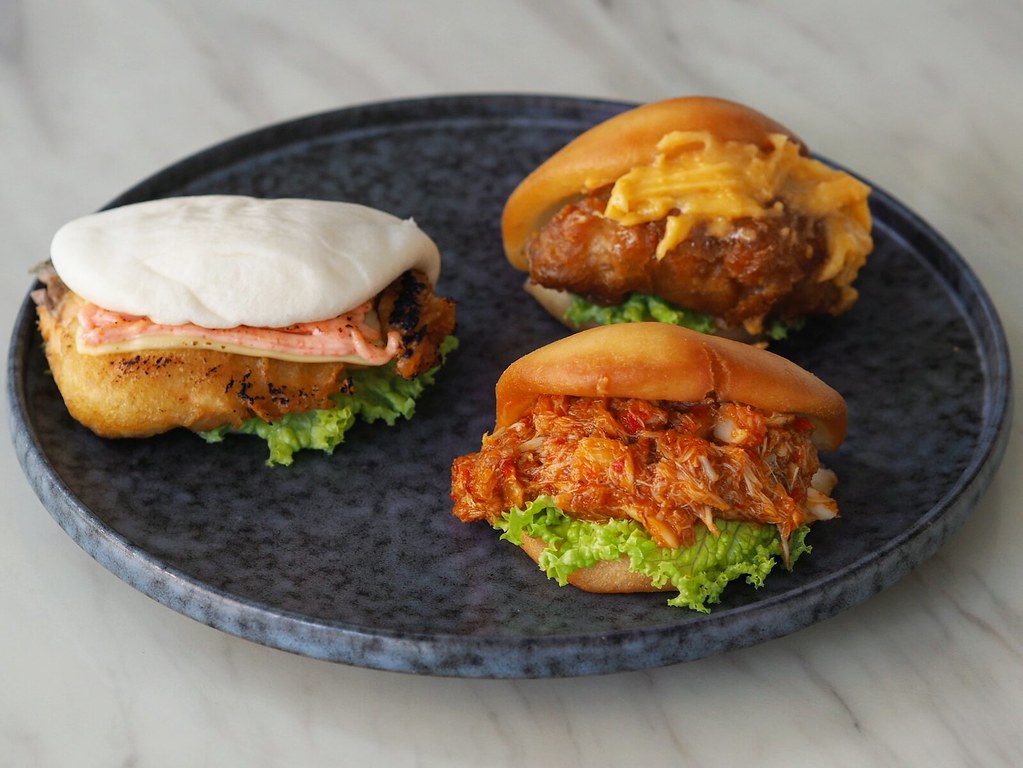 The Salmon Mentaiko Bao came with the option of steamed bao. Sandwiched in between these soft fluffy buns was a piece of fried crispy salmon slathered with a layer of rich mentaiko sauce and a slice of cheese atop. 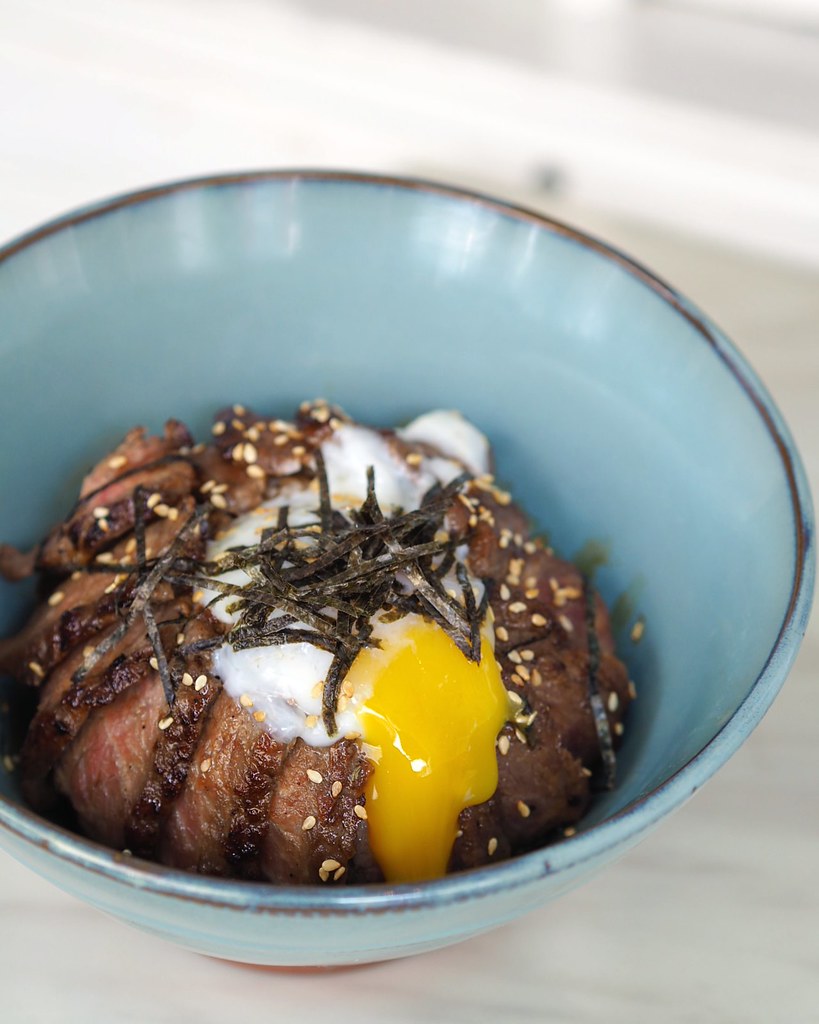 To cater to the greater lunch-time and after-office crowds, Bao Makers further spruce up their menu by offering a variety of Japanese rice bowls and sharing plates as well, apart from their signature baos. For the lunch-goes, tuck into their Teriyaki Beef Steak Bowl ($17.80). Generous slices of pan-seared Australian striploin coated with a savoury sweet house blend teriyaki sauce lay atop a bowl of fluffy Japanese rice, and is further topped with a runny onsen egg that soaks up all the elements in the dish in perfect golden goodness. 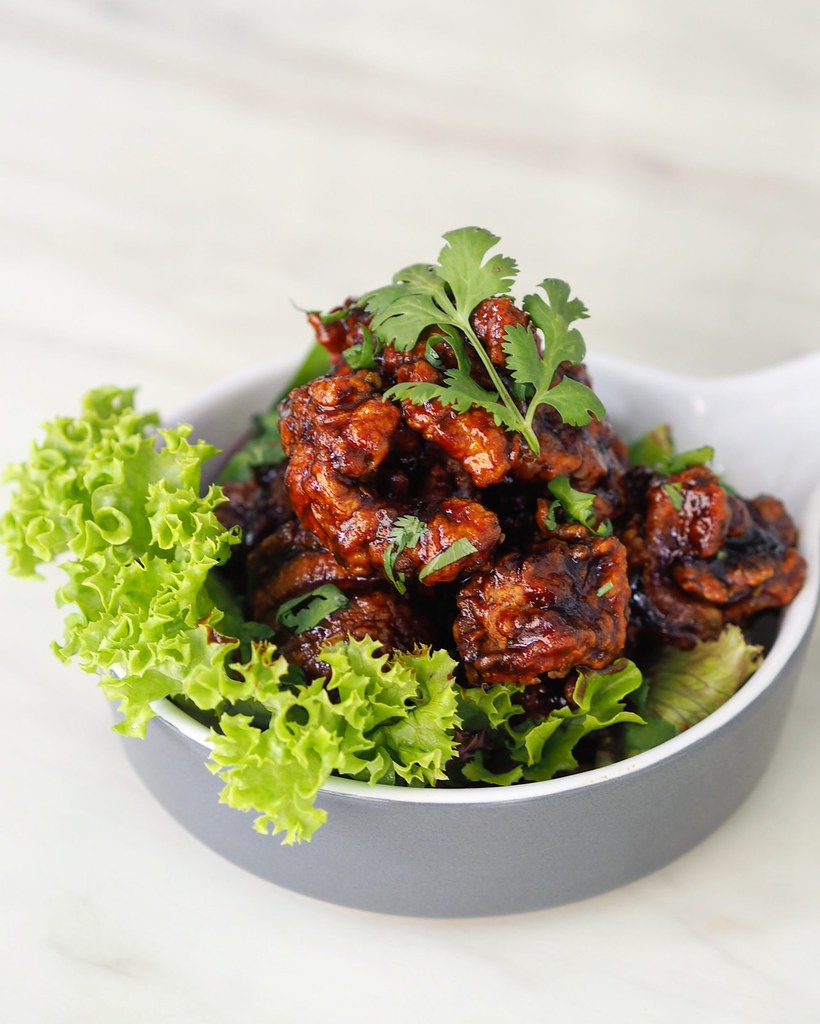 Next come the sharing plates which are available on the dinner menu. The Kecap Manis Chicken ($8.80) features deep fried chicken cubes slathered in kecap manis marinate and pepper, which rendered the chicken cubes a tad too salty. While the sauce was overwhelming in terms of flavour, the chicken was executed well. 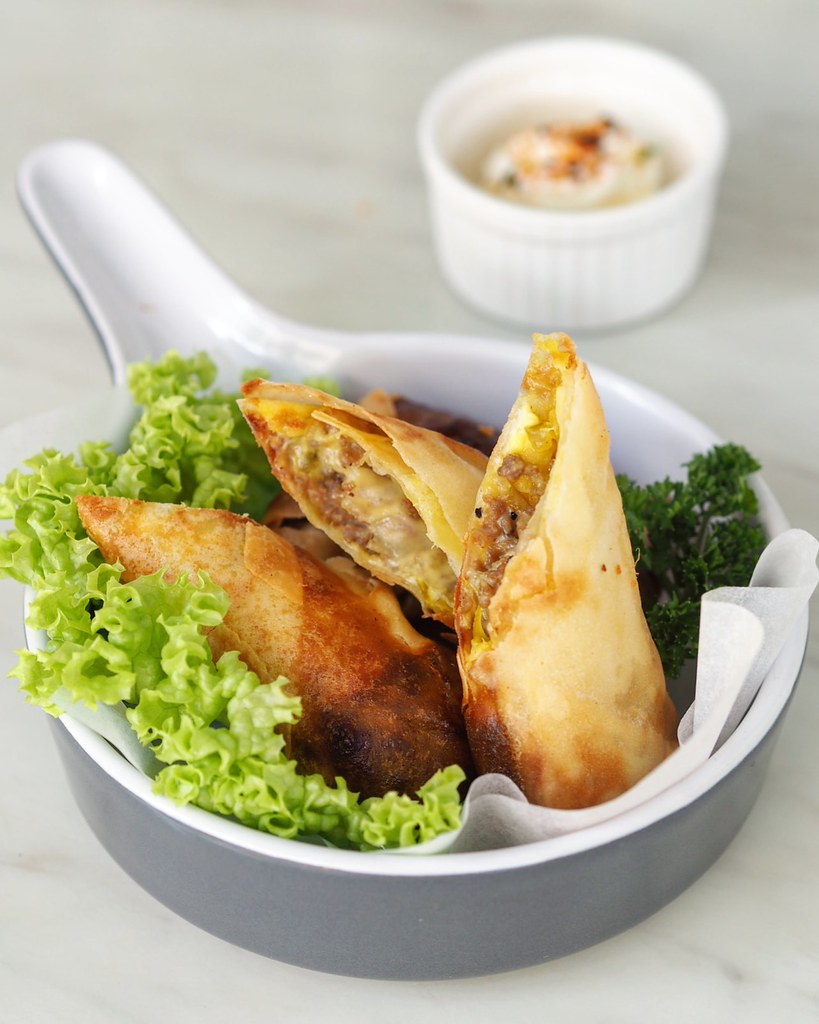 Bao Makers introduces the Sharing Plates concept for dinner patrons, where diners can relish in a diversity of dishes with groups of friends or family. Reminiscent of the classic cheese burger, the Cheese Burger Spring Roll ($9.80) comes in the form of crispy fried spring rolls instead of burger buns. This rendition is no less satisfying as the richly flavorous fillings of minced beef and cheese taste almost like the real cheese burger. 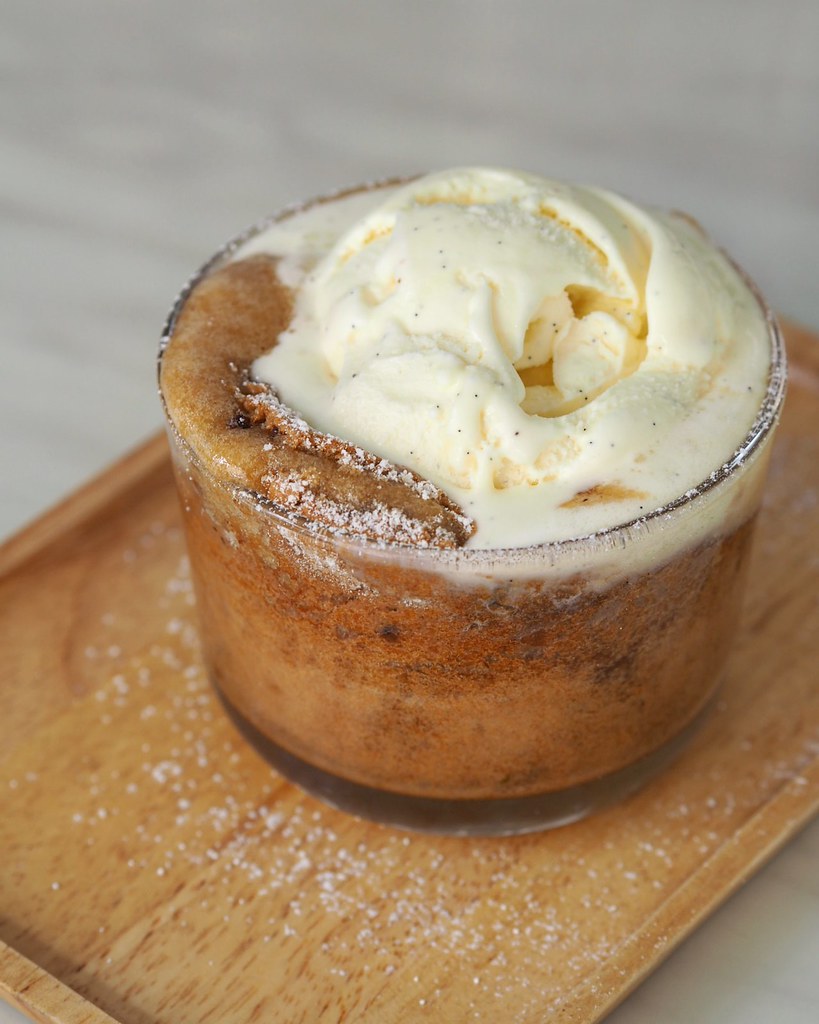 End the meal on a sweet note with the restaurant's perennial favourite dessert of the Cookie Bomb ($7.50) which features the perfect combination of hot and cold with the cold creamy vanilla ice cream atop a warm soft baked cookie dough base filled with chocolate chips within. 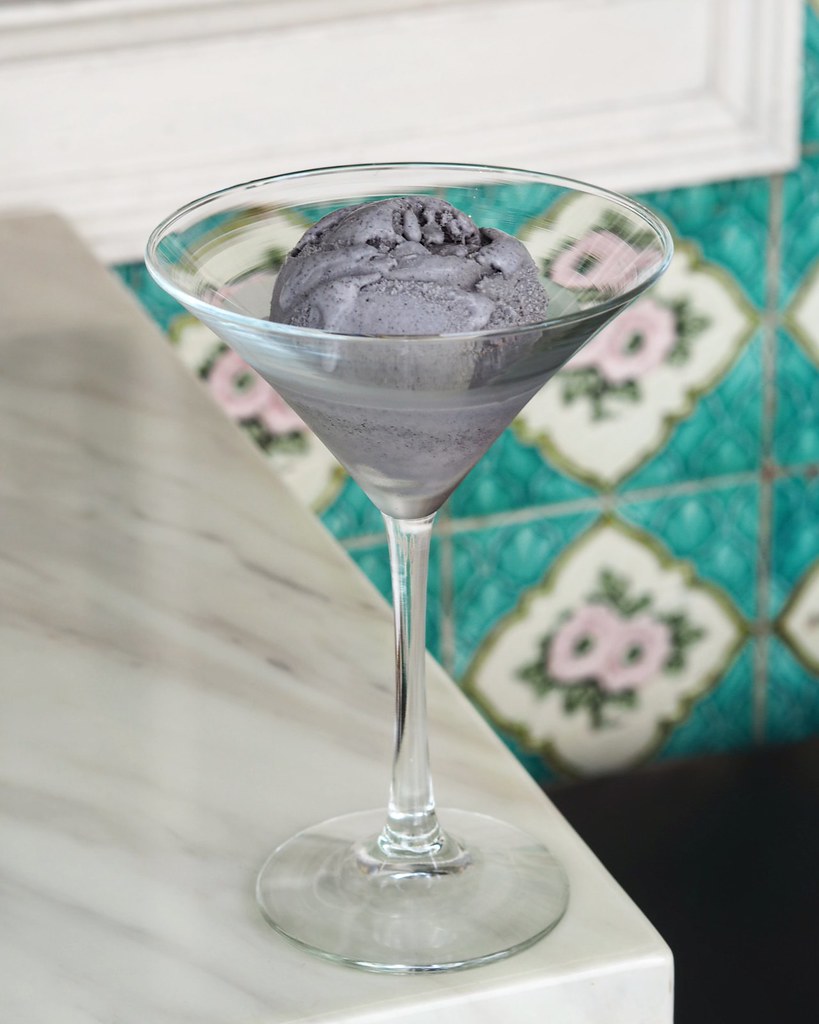 With 3 ice cream options on the menu, we went with the Black Sesame ice cream, which was smooth and creamy with a rich roasted nutty fragrance. 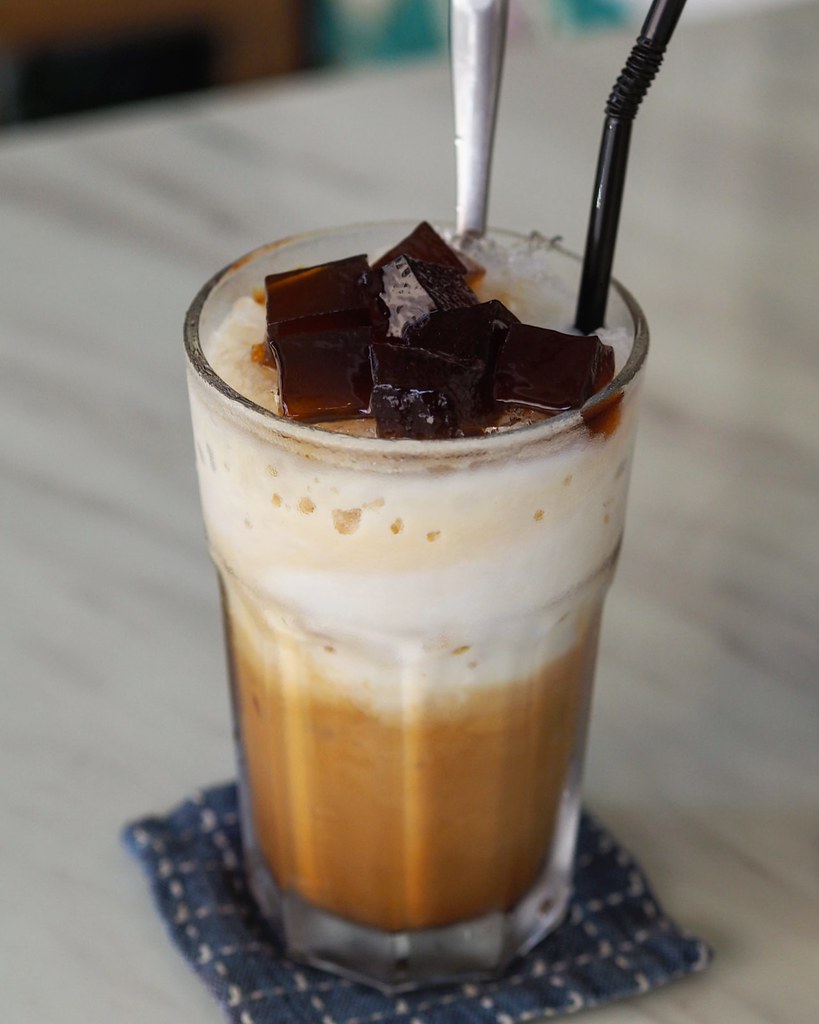 Opt for the Singapore's Latte Peng to quench your thirst after feasting on the rich flavoursome dishes. The fragrant iced latte comes with homemade espresso jelly. The sweetness of the jelly complement the bitterness of the latte to achieve a balance in taste.