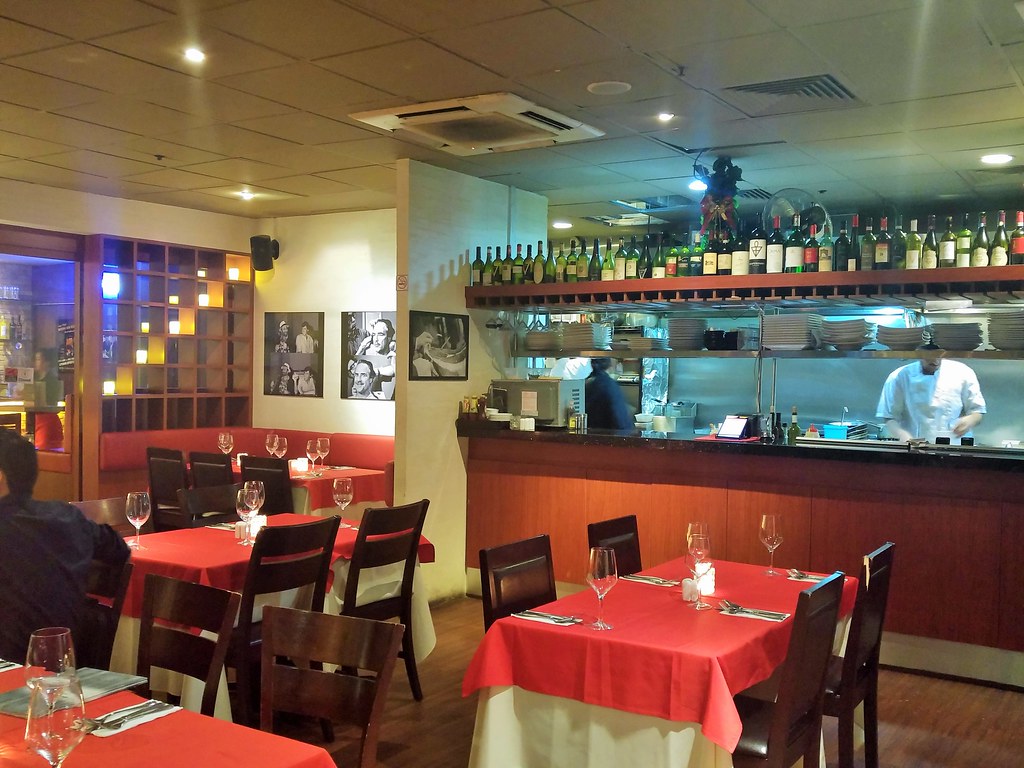 Mondo Mio located at the quaint Robertson Quay is into its 10th anniversary this year. With a revamped menu and a fresh collection of off-the-menu specials, guests get to enjoy new and seasonal dishes, all crafted to showcase the vibrant flavours of Southern Italy. 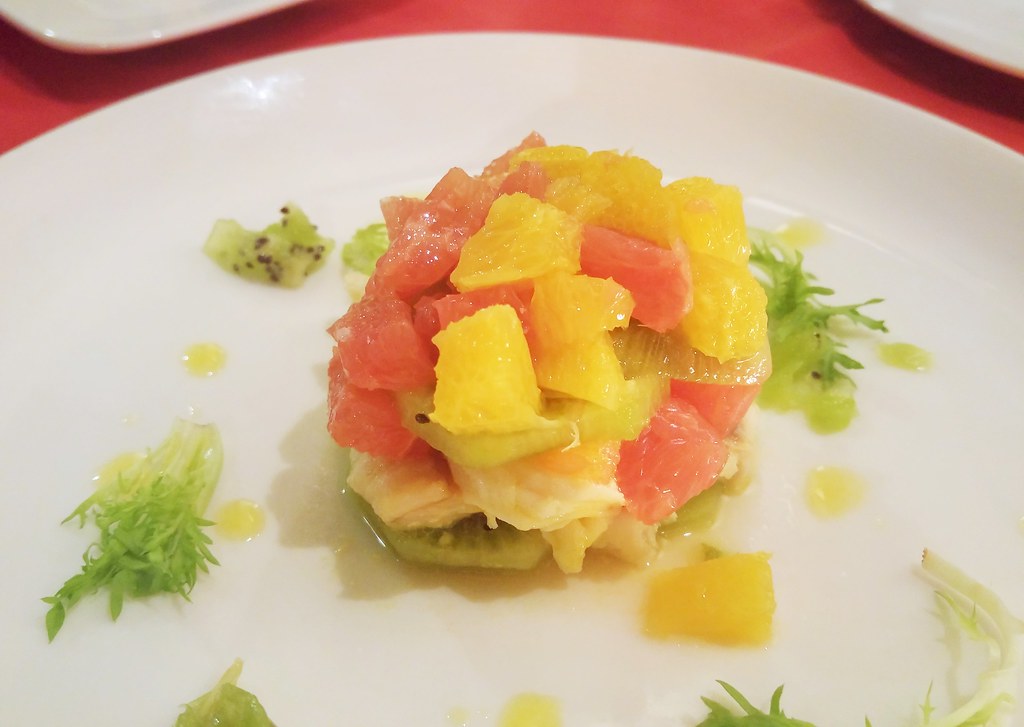 For a start, we had 2 appetisers of very different profiles - a citrusy steamed cod versus cheesy zucchini. Using cod fish, I find Insalata di Baccala ed Agrumi ($16) a rather unique salad as the more commonly used seafood ingredient would have been crabmeat. The orange olive oil strings the ingredients of different taste and texture together. As cod fish itself is rich and buttery, pairing it with grapefruit, mandarin and kiwi gives it a fine balance in taste. 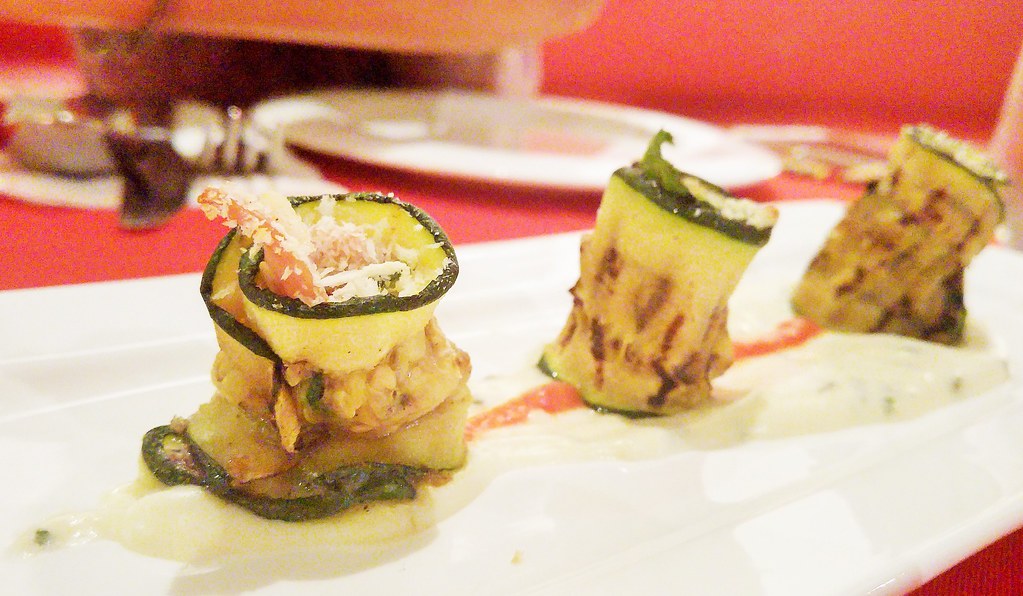 A much thought-through effort goes into making the dainty rolls of Rosoni Di Zucchine alla Griglia Ripieni ($14). The usual mild zucchini was given a smoky edge and when the mozzarella oozed out, my taste buds warmed to the comforting cheese that melted over the ham and zucchini. The mint béchamel makes it even more mouthwatering, with a refreshing touch. 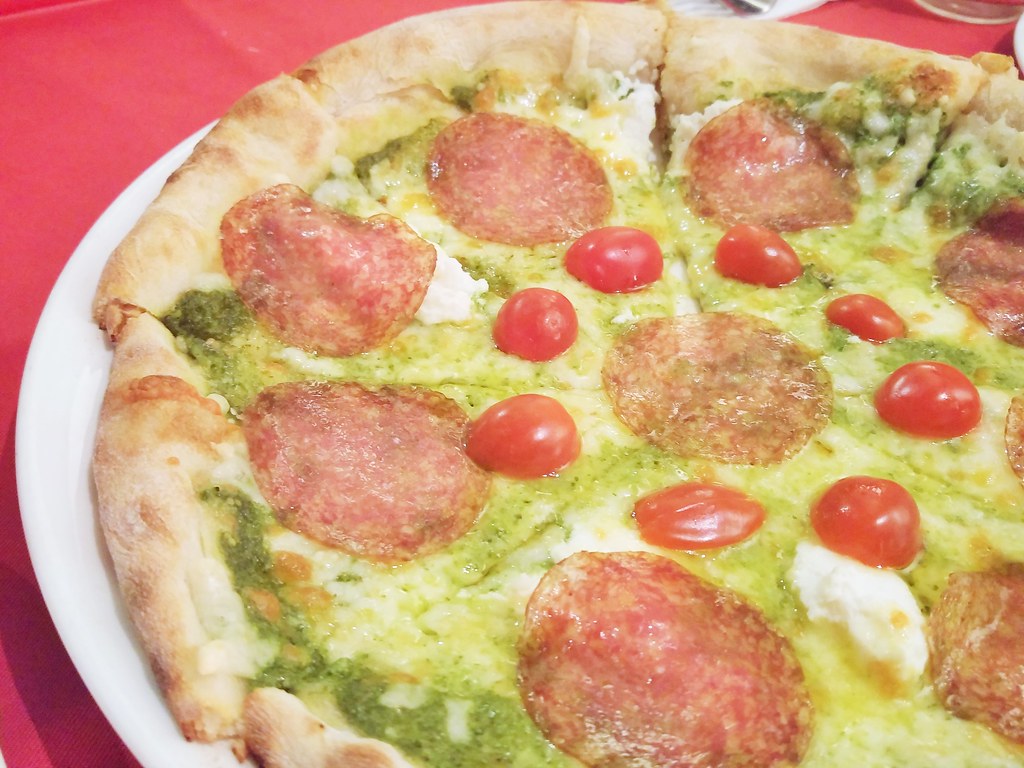 A fine pizza dough is imperative in making a pizza that makes you want to eat to the last bit without discarding the edge and their Pizza con Rucola Pesto ($22) is a stellar example of that. Homemade with natural yeast, it was crispy-chewy and light, a rustiness that anyone would appreciate. Instead of using basil, the pesto is made with rocket leaves along with pine nuts and olive oil. That gives an extra depth of flavour to the pizza which I thought goes really well with the savoury mozzarella and salami. The sweet notes from the ricotta and cherry tomatoes brings a balance to the overall flavour. 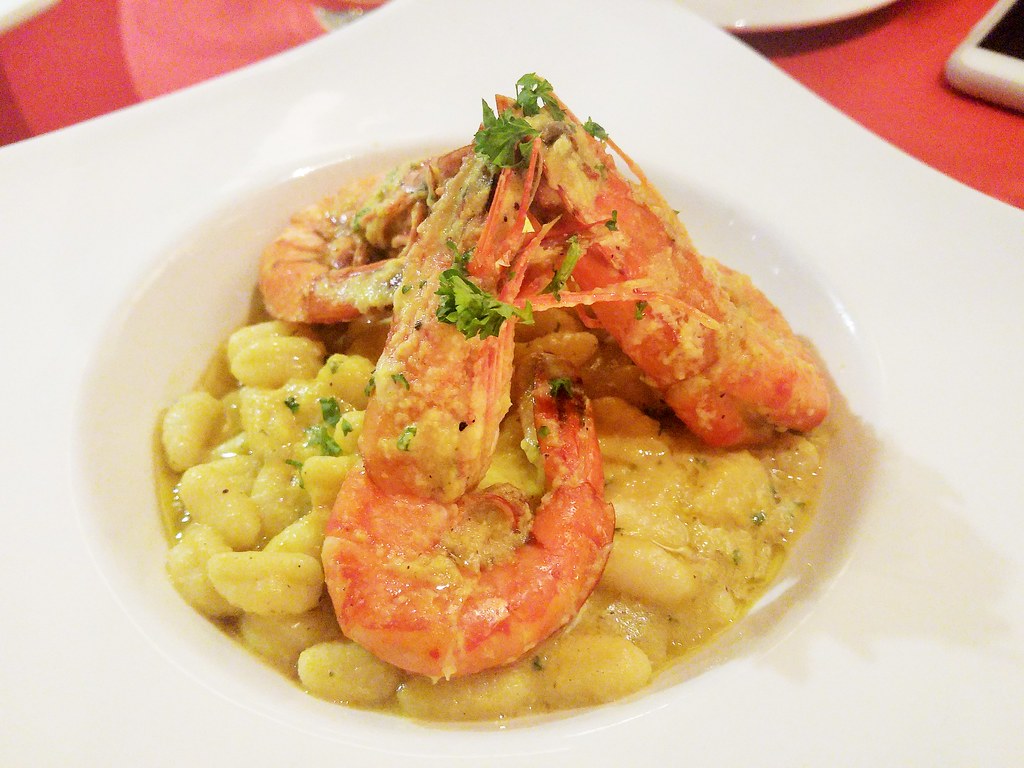 Gnocchetti in Salsa di Scampi, Zafferano e Gamberoni ($28) is newly added to their menu. Seafood lovers would like its rich crustacean flavour of the sauce, created using Chef's special seafood stock accentuated with saffron. However, if you prefer the soft texture of gnoochi, the relatively sturdier gnocchetti, made without potato may not be to your liking. 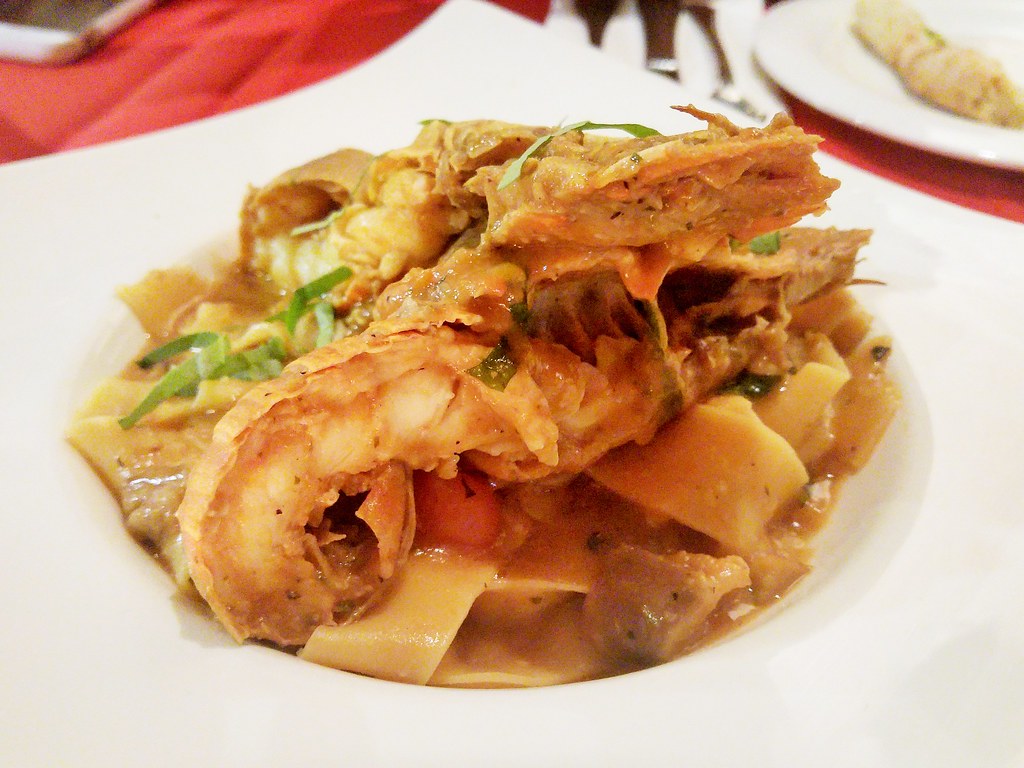 What I really want to recommend is their Tagliatelle Fatte in Casa con Crema di Melanzane e Cicale ($26). Extremely light and tender, the homemade flat noodles was evenly coated and flavoured with well seasoned eggplant sauce. People around me find it hard to grabble with the mushy texture of eggplants but I thought Chef has brilliantly turned the mushiness into something palatable by pairing it with tomato and basil. 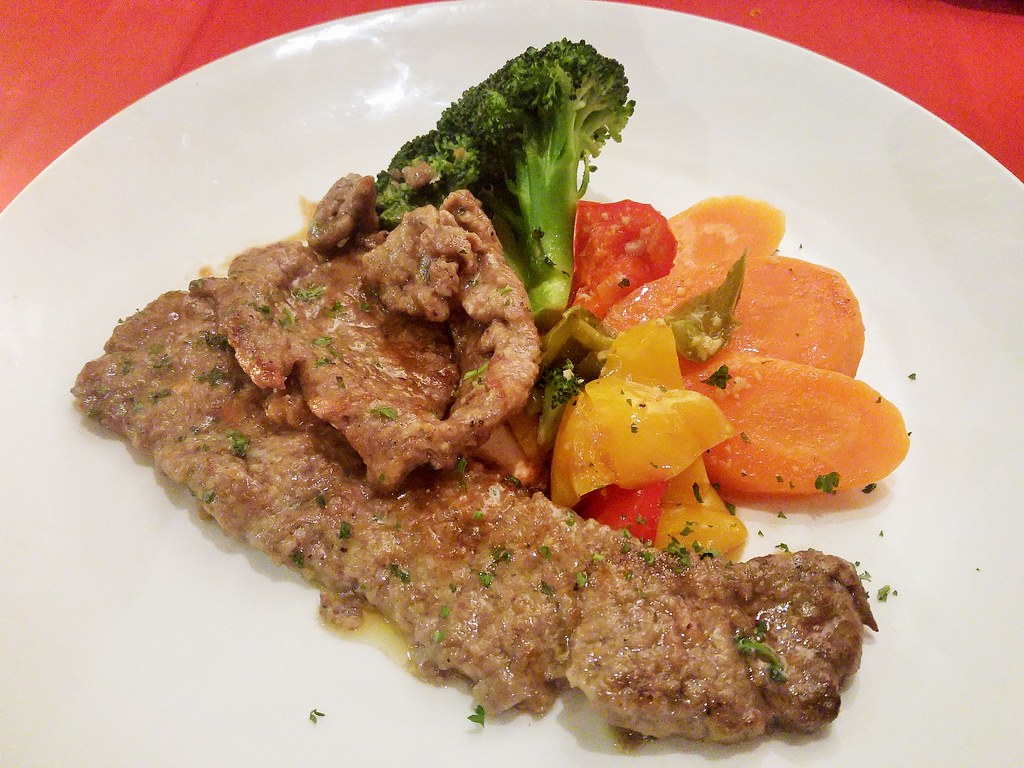 For something heartier, another off-the-menu special is Scaloppine al Marsala ($24). Pounded till thin, the veal fillets were only given a quick sear with butter to retain its juiciness. Glazed with fortified red wine sauce, it was pleasingly rich and flavourful. The grilled capsicums at the side were really sweet and juicy. 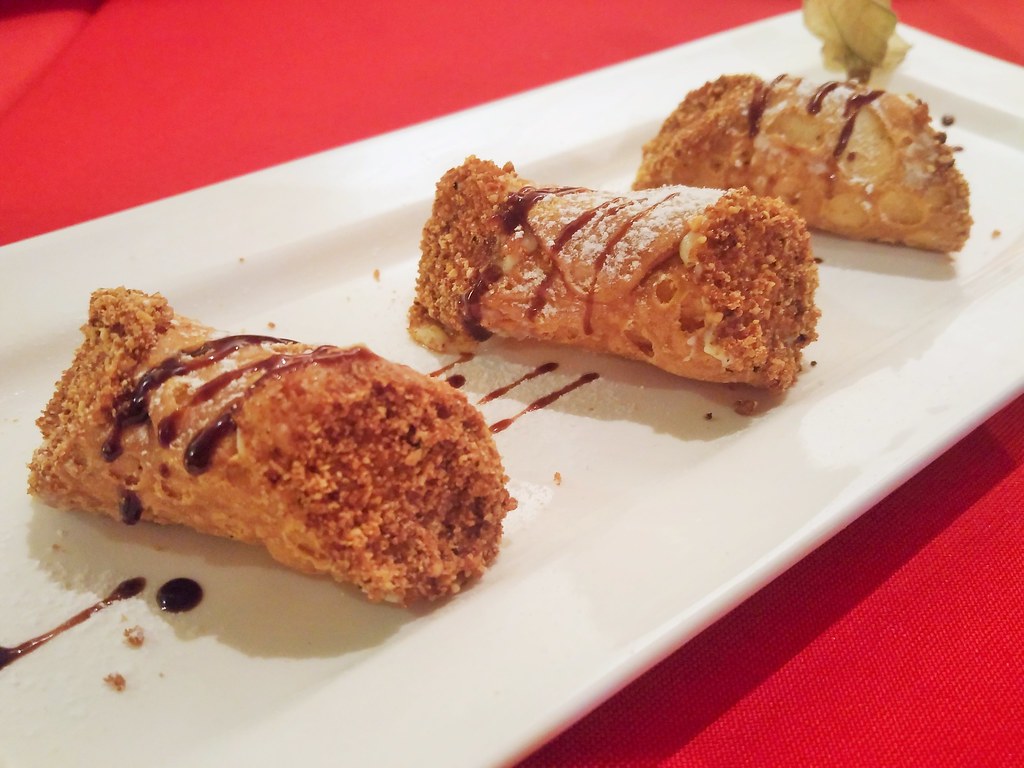 Do not leave this place without trying their Cannoli Siciliani con Pera e Ricotta ($12). Each shell is made from scratch and deep fried before piping in the filling. Using just ricotta for the filling may be cloying, hence Chantilly cream is used to fluff it up and diced pear to plump it up. I enjoyed the textural contrast between the filling and its extremely crunchy shell. The sweet caramelised walnuts studding the 2 ends adds on to the pleasure of eating these humble little tubes. 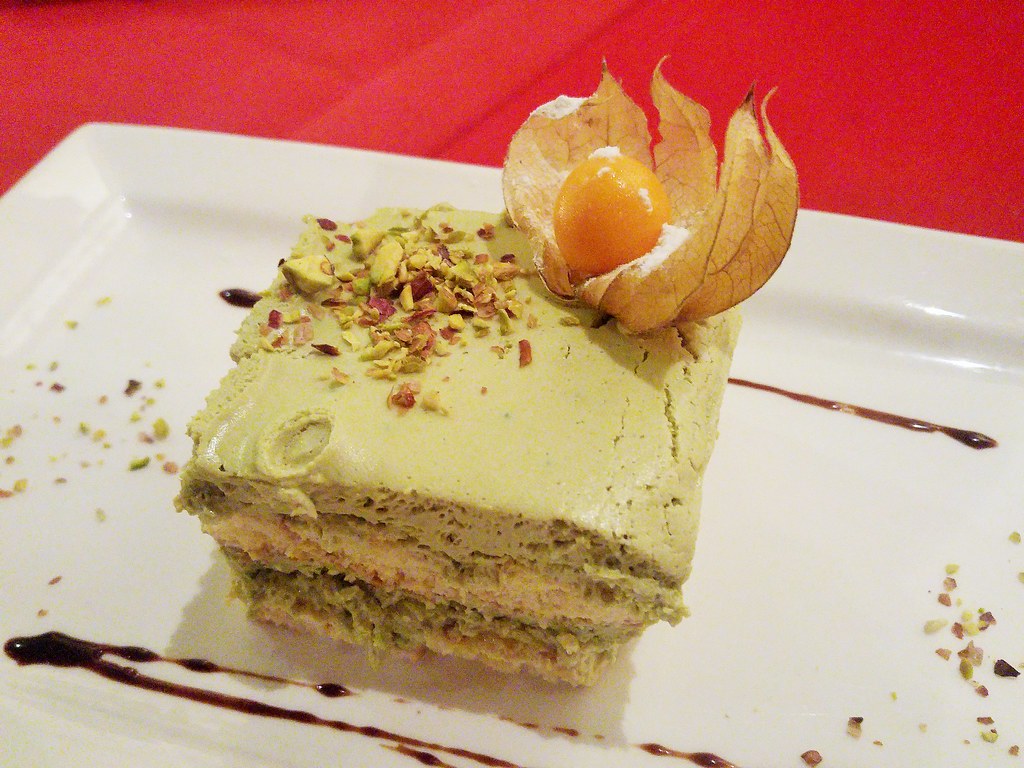 As for their Pistacchio Tiramisu ($12), perhaps I'm biased, I still prefer the classic Tiramisu. Any variation to that seems to take away its charm.

These items will be featured in Mondo Mio 10th Anniversary Set menu, which is only available from 25 September to 15 December 2016. Hence, if you want to try their off-the-menu specials, be here early!

Written and photography by Si An. A girl who is allured by travelling, loves the feel of freedom, smell of the rain and the aroma of fine coffee and food. Note: This is an invited tasting.