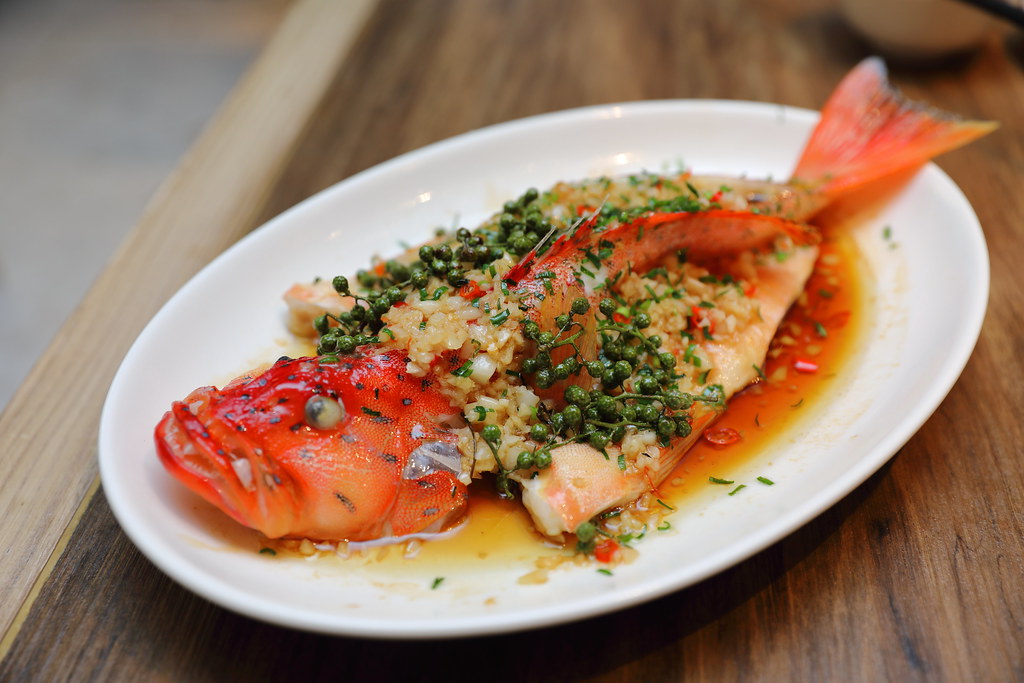 I am glad to be back at Yun Nans (云海肴) at Jewel Changi Airport. I had enjoyed the food when it first opened its door back in April 2019. I am back to try its new dishes, celebrating Yunnan cuisine in China, using fresh ingredients from the highlands of the Yunnan province. 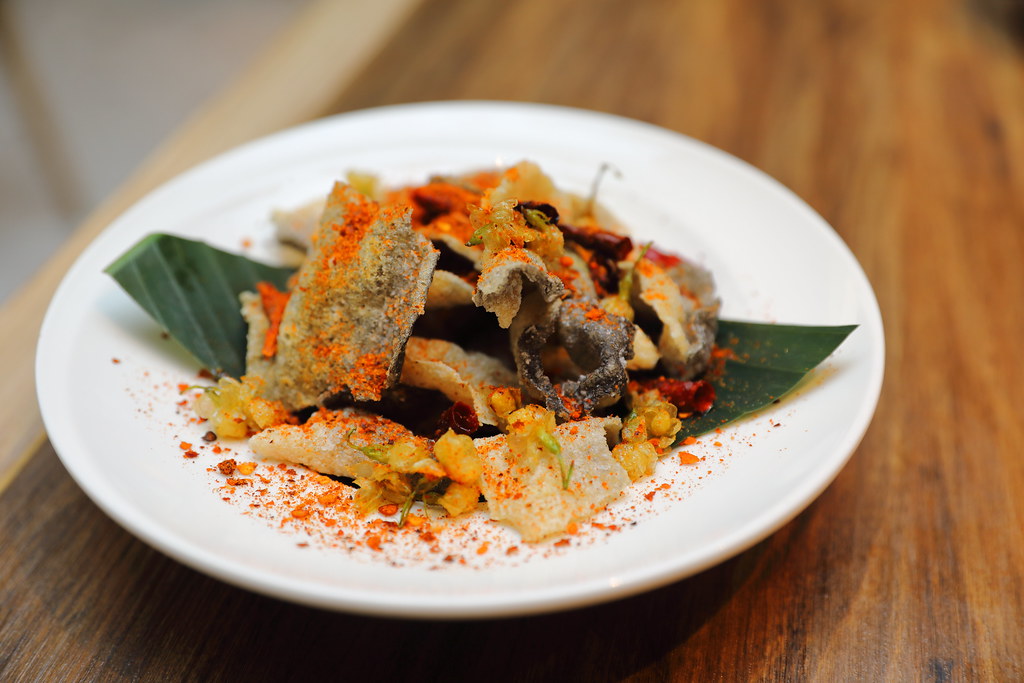 Fish skin is commonly served in Chinese restaurant nowadays but for something slightly different is the Spicy Fish Skin with Jasmine Petals ($6.90). The deep-fried fish skins are coated with a potpourri of traditional Yunnan spices, boasting a delightful hint of mala and crunchy bite. 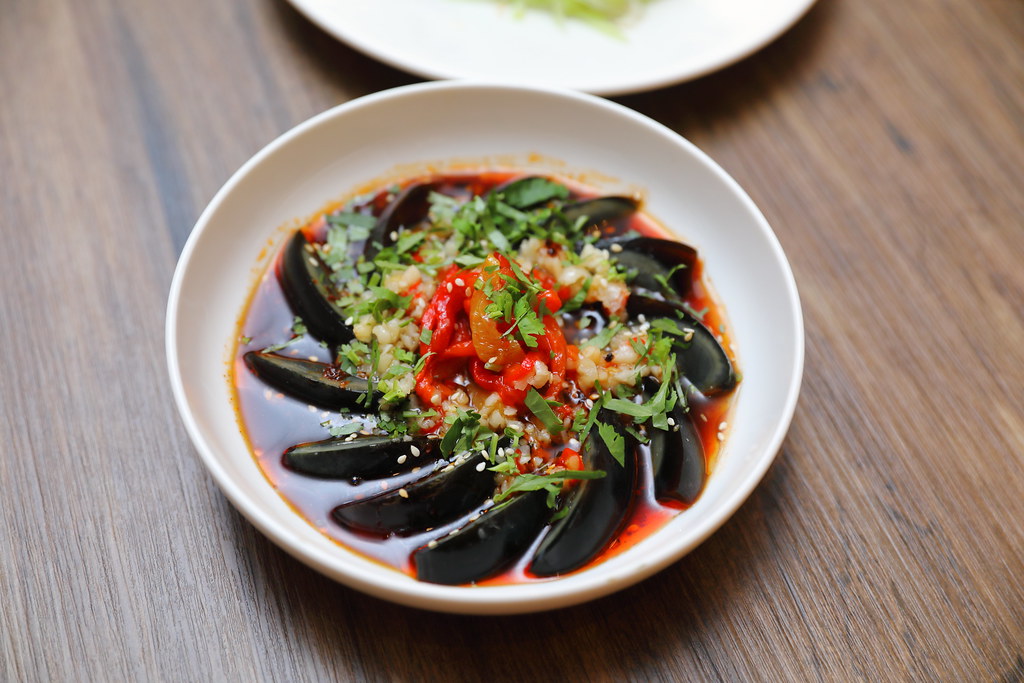 I love century egg and glad to see the restaurant has introduced the Century Egg with Grilled Capsicum ($6.90) as one of the five new dishes. The century egg is soused in a special Yunnan chilli sauce that has a spicy-tangy note. 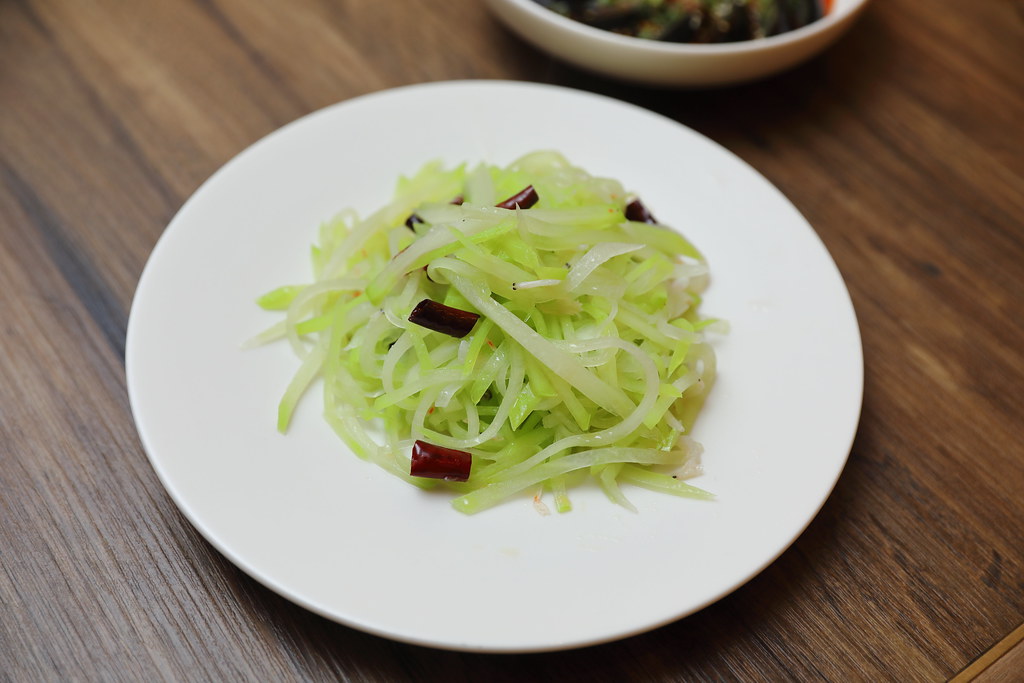 The Fried Chayote with Dried Shrimp ($11.90) can be done in 2 ways, dried chilli or garlic. Chayote is a type of melon from Yunnan, that is cooked in almost every home in Yunnan. The restaurant even imports the dried chilli all the way from Yunnan. 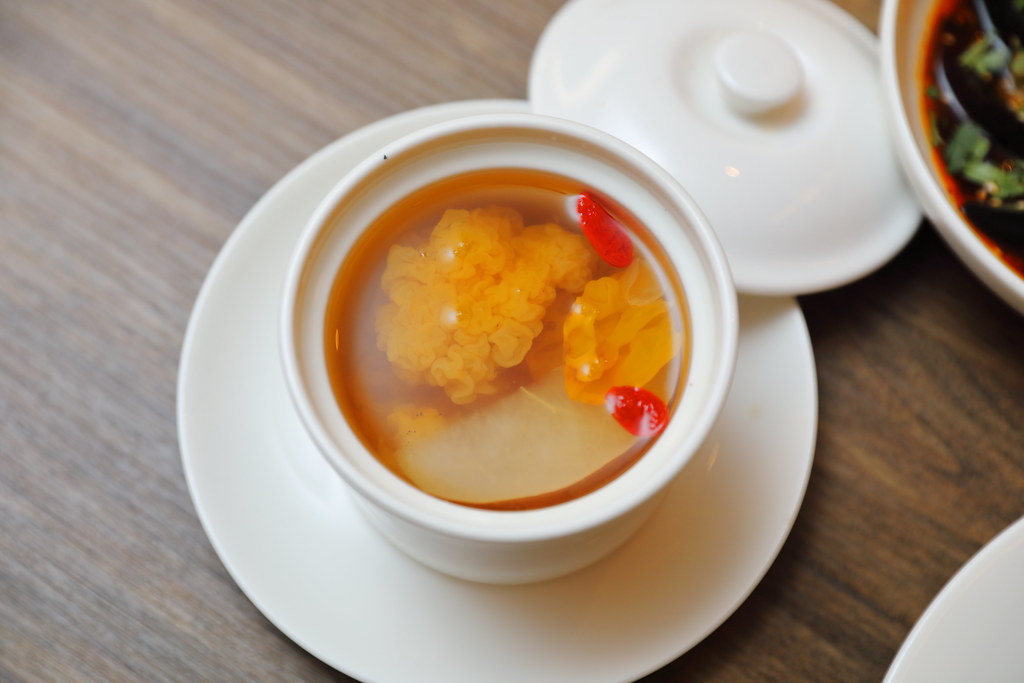 A hot dessert on the menu is the Double Boiled Pear with Golden Fungus and Snow Lotus ($5.90). A rare item is the wild golden fungus, a speciality ingredient from Yunnan province that has health benefit such as nourishing the lungs and good for the complexion. There is also wild snow lotus that is known to alleviate cough. 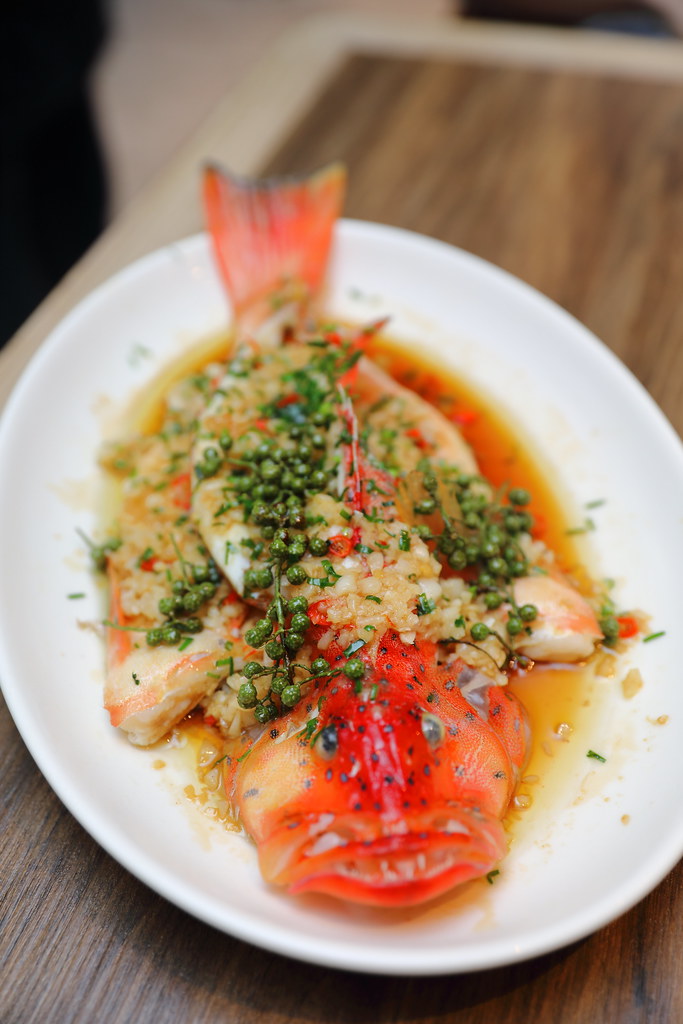 One of my favourite dishes is the Steamed Red Grouper with Green Peppercorns ($48.80). Steamed to perfection is the tender and moist fish. What brightens the flavour is the fresh green peppercorns, which are fragrant and less numbing than their red counterparts. 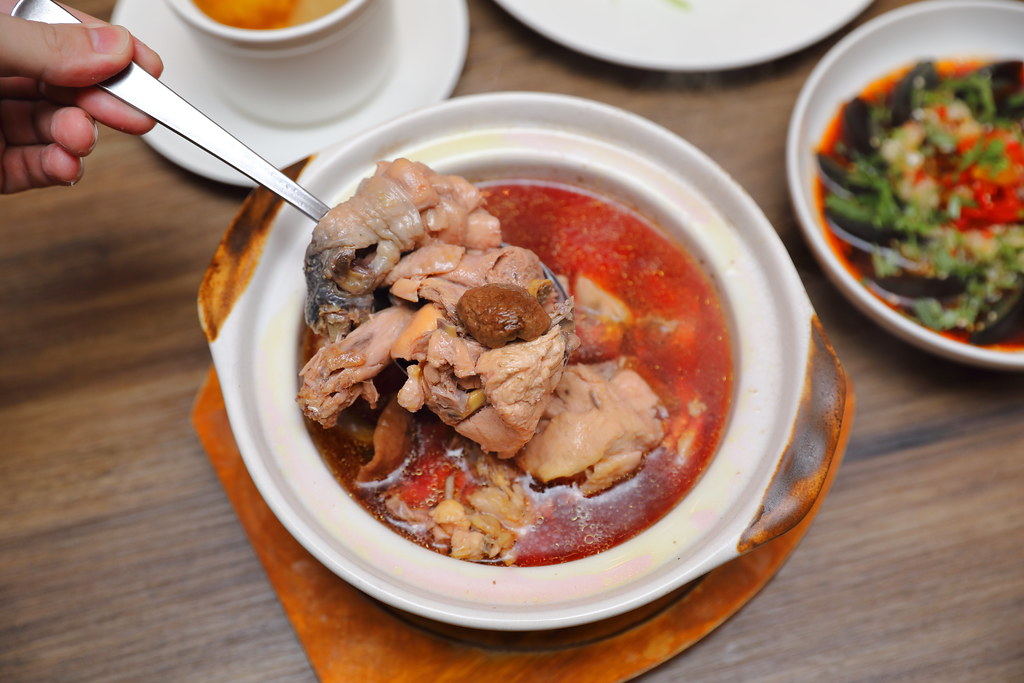 While Yun Nans is known for their signature Steam Pot Chicken Soup, the Double Boiled Chicken Soup with Red Mushrooms ($22.90/$38.90) is as good too. The black feet chicken is double boiled for at least two hours with red mushrooms. The red mushrooms are priced delicacy, costing US$400 per kg, which are consumed only during celebrations and special festivals. It has full of nutrients such as amino acid and helps to nourish the blood.

Besides the five new dishes, there is also the children's menu, which offers two selections: Yunnan Rice Noodles with Shredded Chicken, Shredded Carrot and Black Fungus ($7.80); and Shredded Chicken Congee ($7.80). Each choice comes with fresh fruits, corn cakes and ribena.

Direction:
Alight at Changi Airport MRT station. Take Exit A or B. Walk to the link bridge to Jewel. Walk to destination. Journey time about 5 minutes. [Map]
Posted by DerrickTan at 11:49 PM