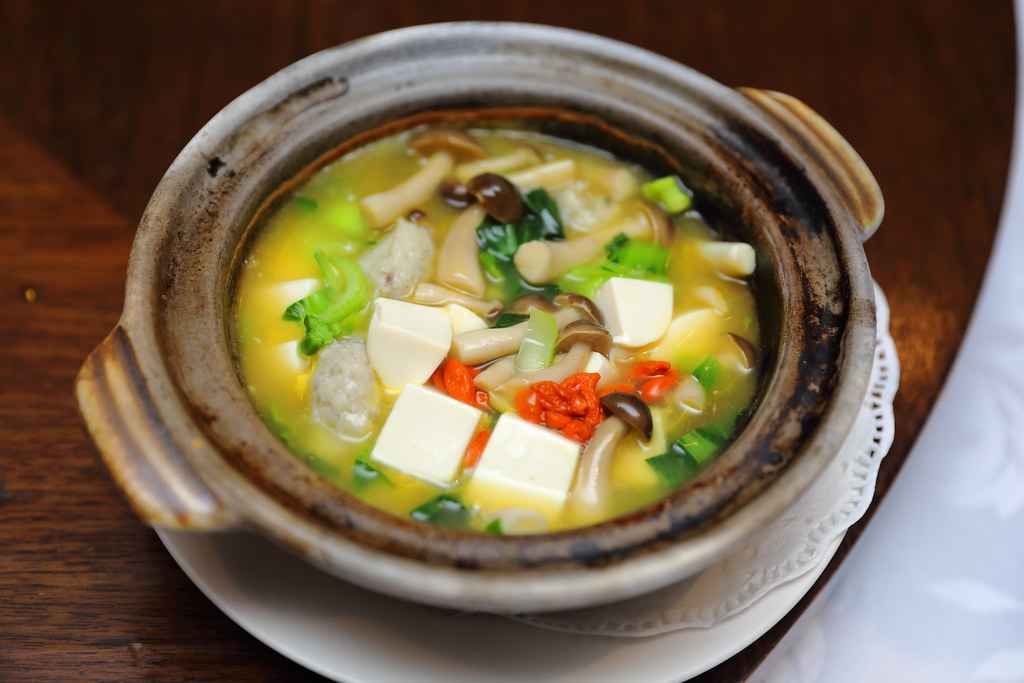 For a limited period from 4 June to 31 August 2018, Hai Tien Lo at Pan Pacific Singapore will be bringing back the well-acclaimed claypot selection for dinner. A total of 24 claypot dishes will be available for dinner from Sundays to Wednesdays at $38.80 for any 2 claypot dishes. 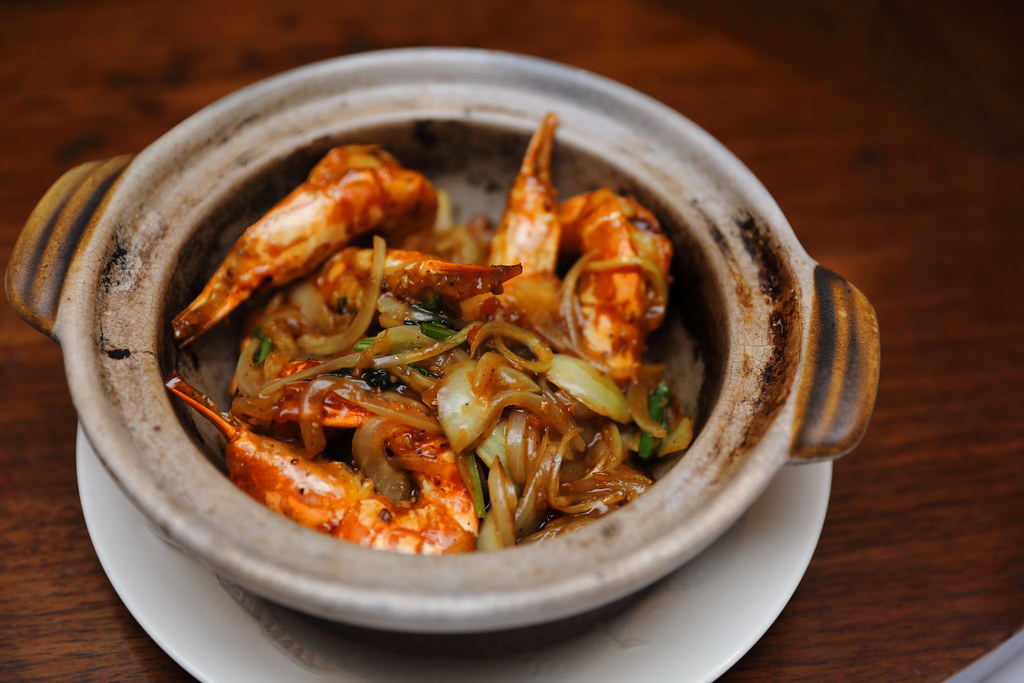 One of the dinner group's favourites is the Claypot Baked Prawns with White Pepper. The used of the white pepper gives an aromatic lift to the dish, on top of the fresh prawns that are huge and sweet. 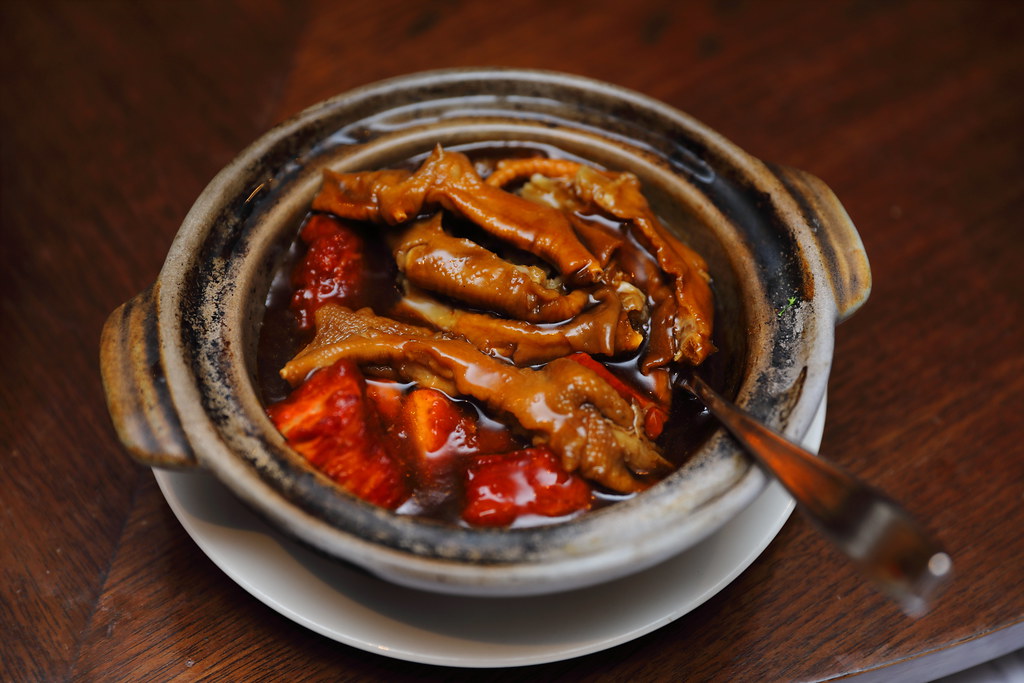 I am a fan of goose webs and I usually get to have it during Chinese New Year. Now I can enjoy this in the Claypot Pork Spare-Ribs with Goose Webs. In fact, it even comes with tender spare ribs that has absorbed the flavourful savoury dark sauce. 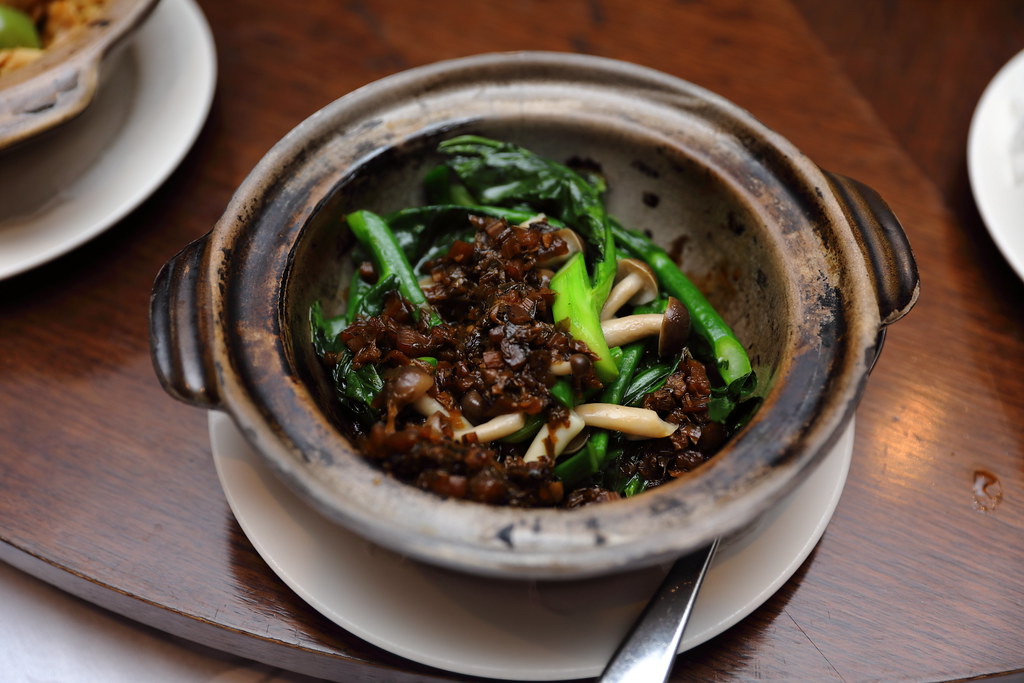 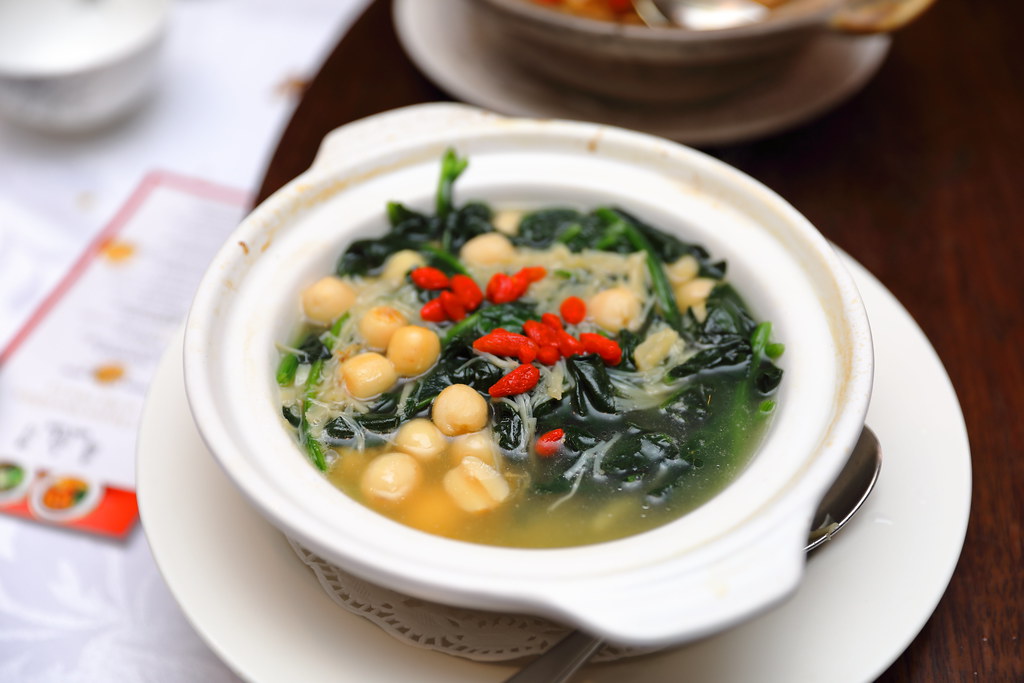 To complete your meal with some vegetables, there are a few choices in the claypot selections. We tried the Claypot Hong Kong Kai Lan with Preserved Vegetables and Pine Mushroom, and Claypot Spinach with Dried Scallops and Fresh Lotus Seeds. Both are delectable choices to go for. The kai lan will be richer in taste with the used of preserved vegetables to intensify the flavour while the spinach which has been poached will be more lighter in taste complemented by the dried scallop and stock. 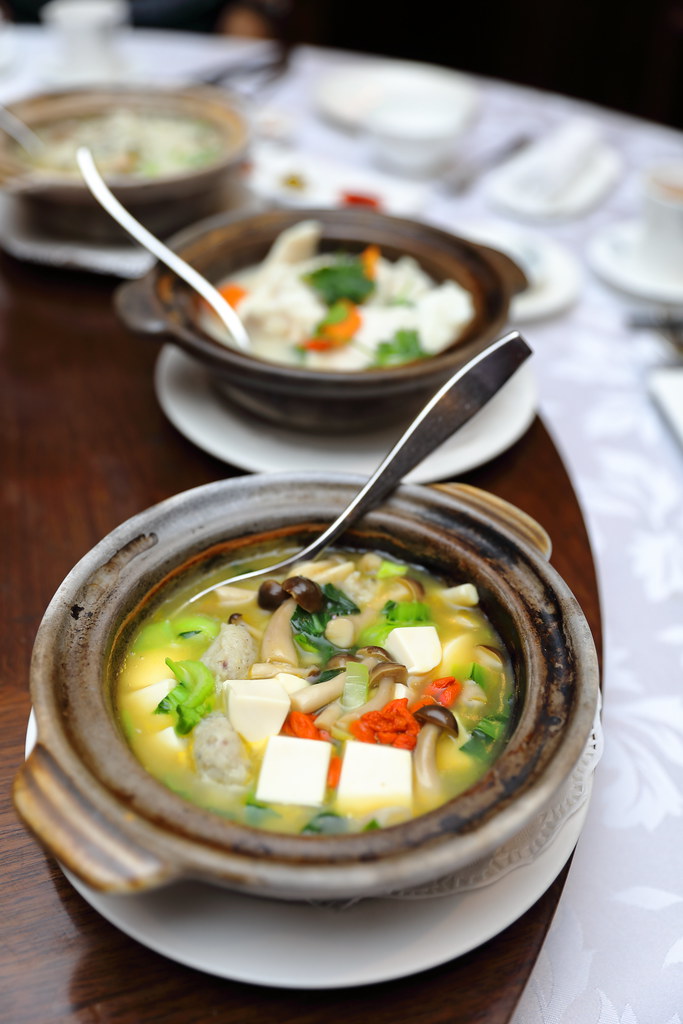 Besides the silky tofu in the Claypot White Bean Curd with Fish Puffs in Supreme Stock, the highlight is the spongy fish puff that is made from sotong and dace fish mix. Together with the mushroom and vegetables, this is a hot pipping pot of comfort. 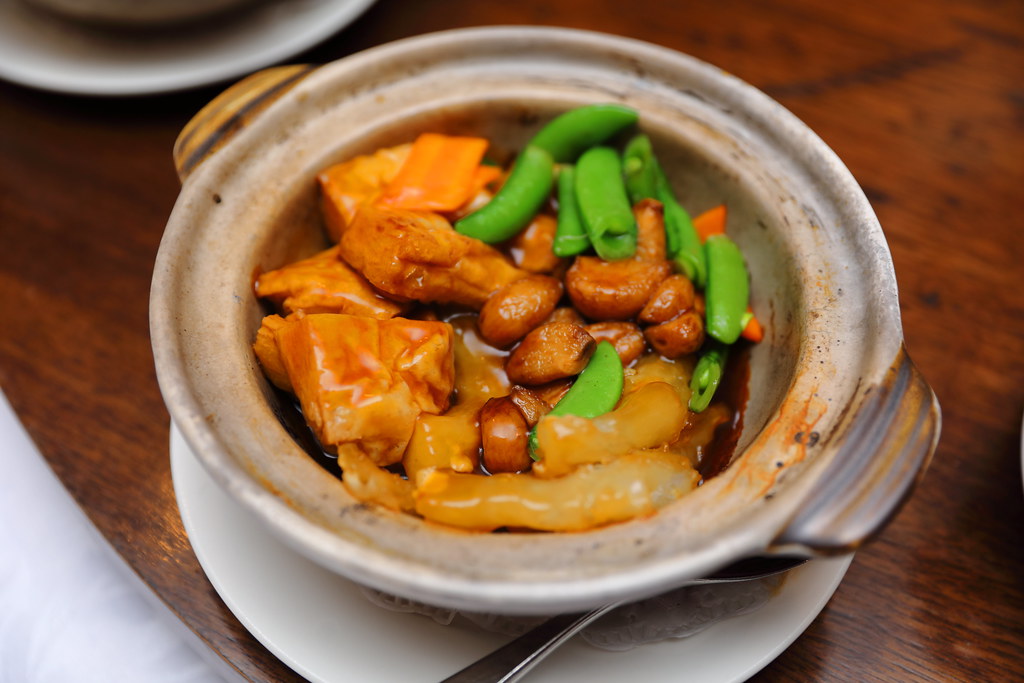 The dish that I did not expect to enjoy is the Claypot Bean Gluten with Pork Tendons and Garlic. I like the puffy bean gluten which has a very enjoyable texture, soaking up the delicious sauce. The pork tendons are cooked to soft, which has a similar texture like fish maw. 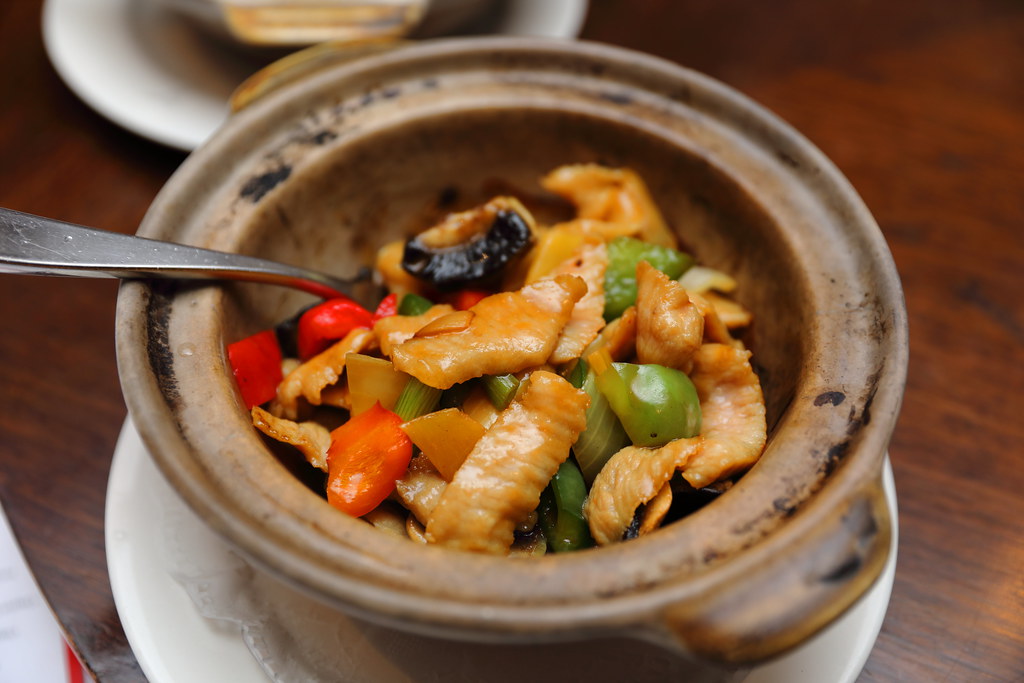 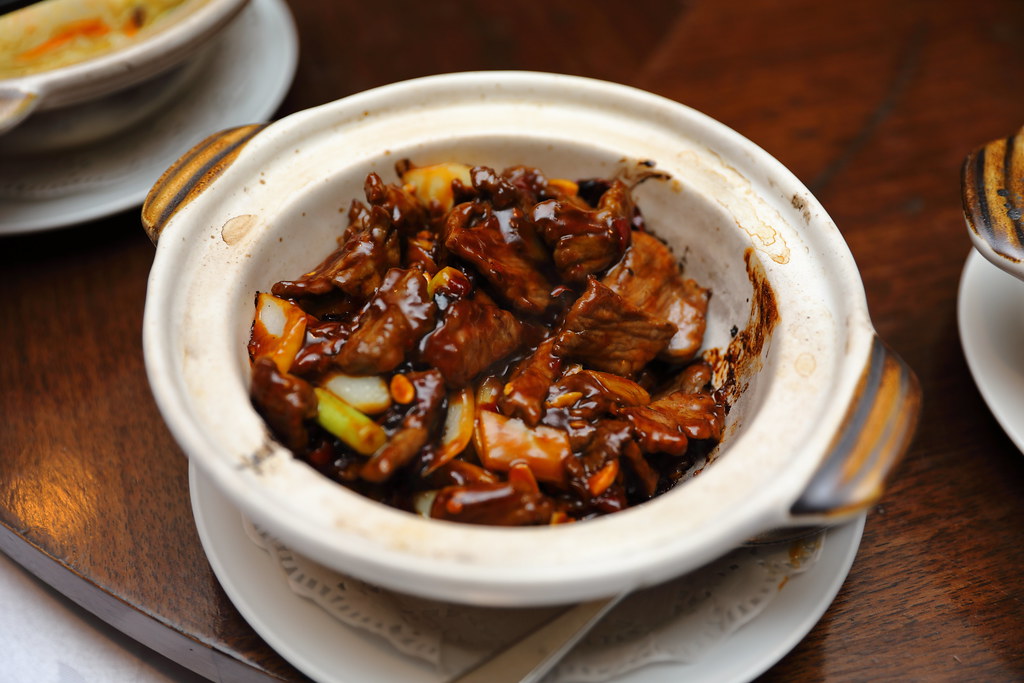 For the meat, I would prefer the pork over the beef. The Claypot Pork Shoulder with Assorted Bell Peppers in Truffle Oil is cooked to beautiful tender with a subtle crunch. It is further perfumed by the aromatic truffle oil. The Claypot Sliced Beef with Spicy Szechuan Peppers on the other hand was slightly dry. It also lacks the peppery and spicy kick that you expect from the Szechuan peppers. 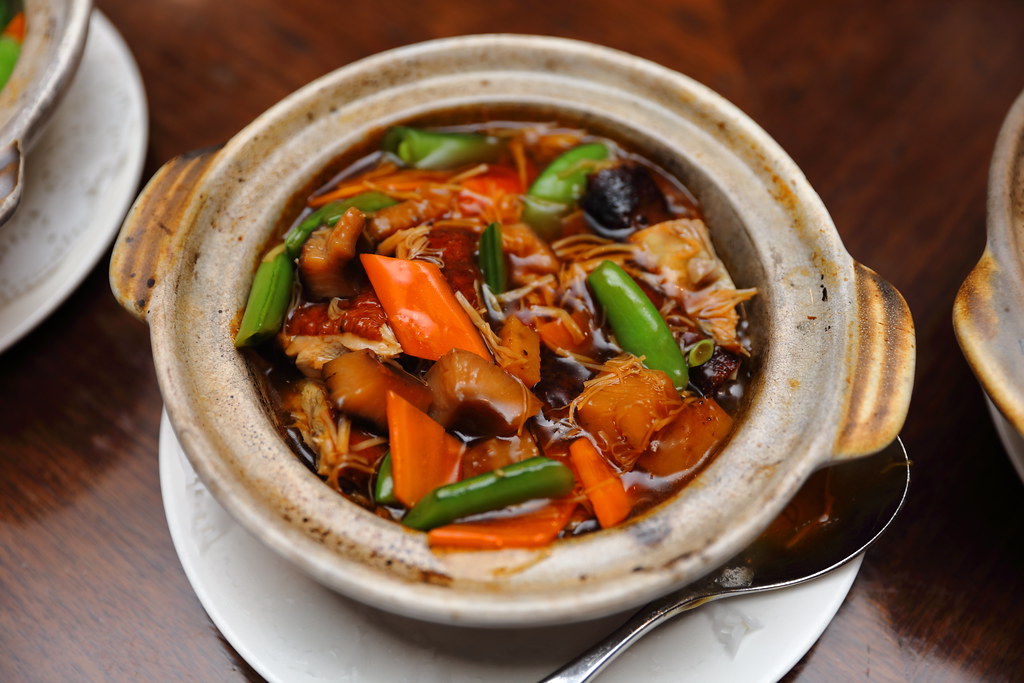 If you are a fan of duck, I would recommend the Claypot Roasted Duck with Sea Cucumber in Abalone Sauce. A land and sea combination that works wonderfully, absorbing the delish abalone sauce. 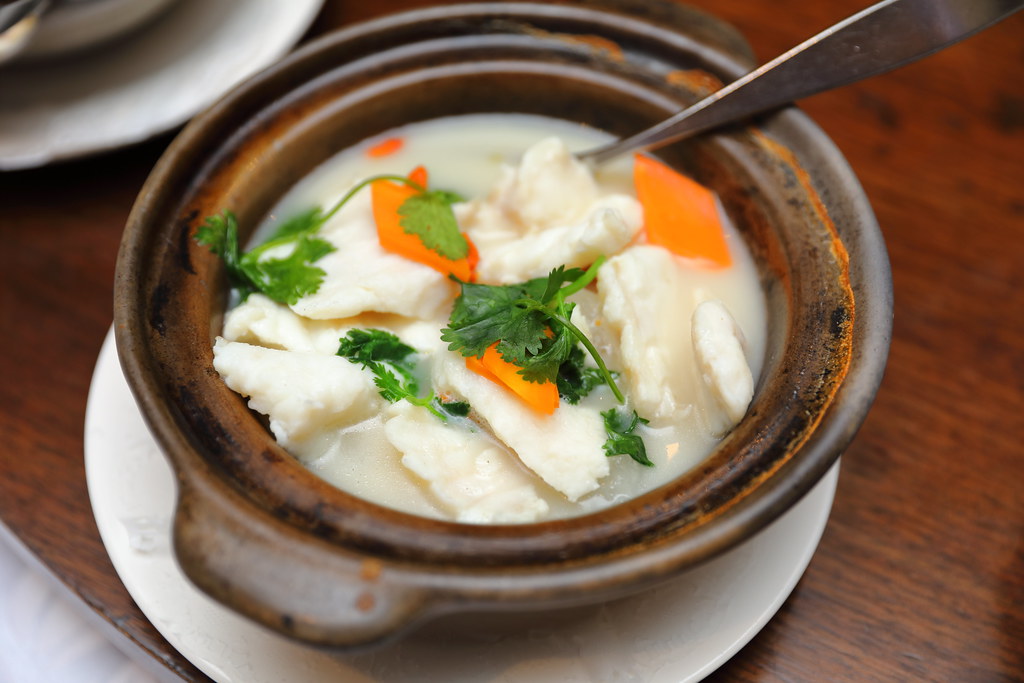 A highly recommended dish about the 24 different claypots will be the Claypot Sliced Grouper with Winter Melon in Supreme Fish Broth. The creamy soup is packed with depth and flavours from the fish bones and whole chicken, double boiled for hours. Not forgetting the grouper slices that is fat and soft. 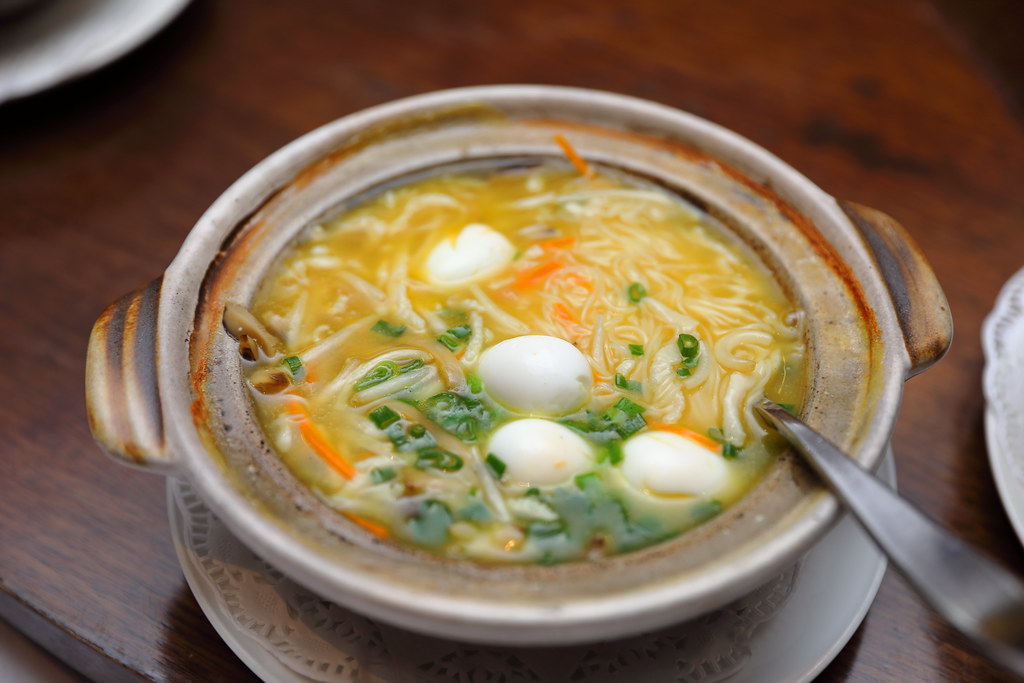 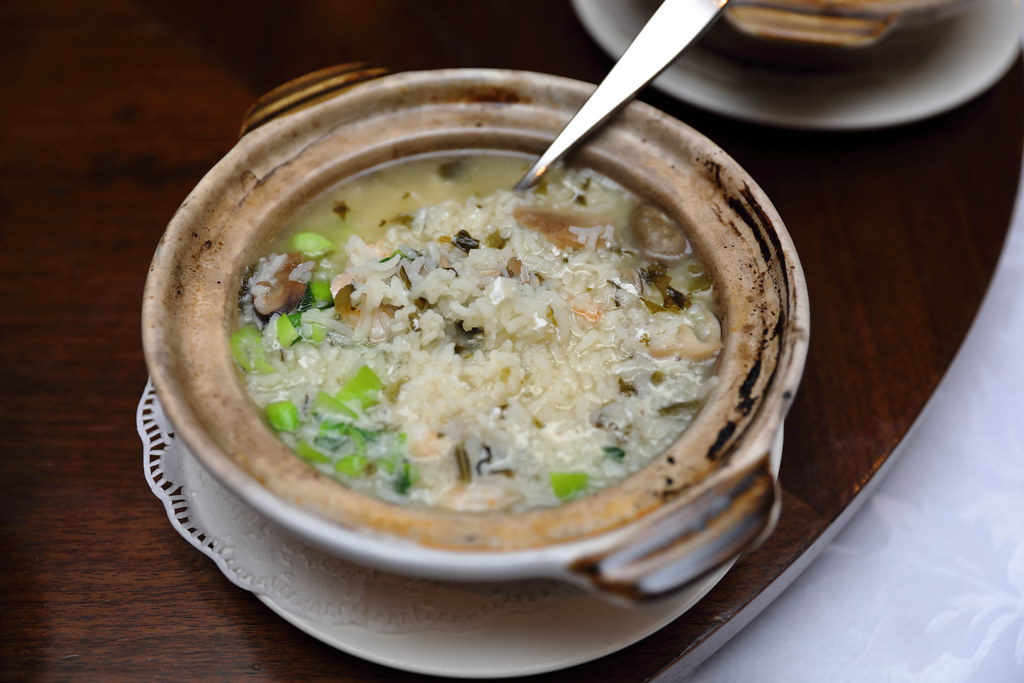 If you need your carbo, there are the Claypot Mee Sua with Shredded Chicken and Quail's Egg and Claypot Poached Rice with Prawns and Preserved Vegetables. I can't really make up my mind which is better as they are both deliciously good and worth ordering. Hence it just mean I need to either return for more or bring more friends to join me so we can order more items to try and share.