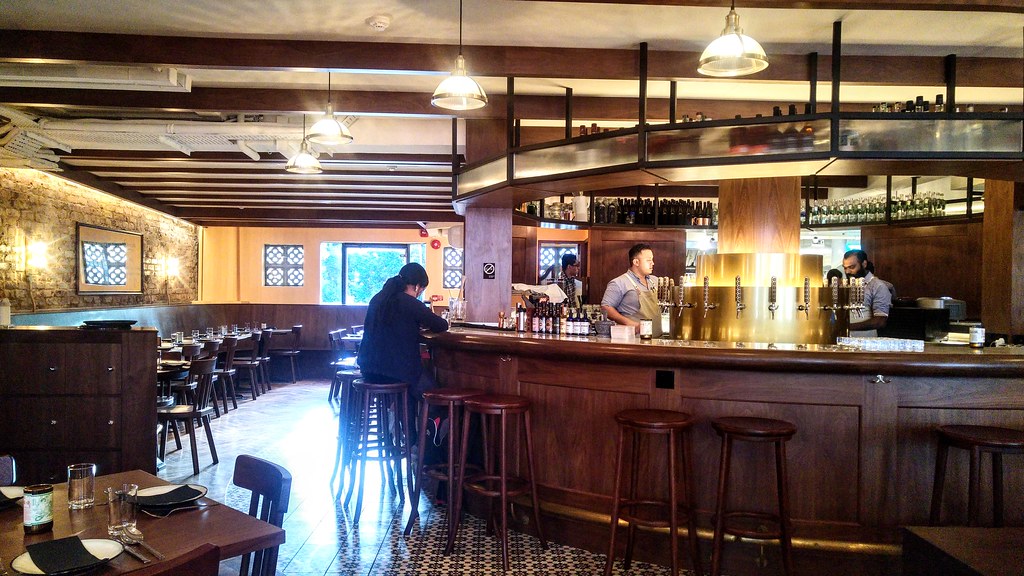 The Guild at Keong Saik is a restaurant and bar put together by Hong Kong’s Young Master Brewery and Chef Vinny Lauria. Known to be currently the most acclaimed craft brewery in Hong Kong, the drinks menu features a total of 19 craft beers, alongside a rotating selection of independent craft beers from top-tier international breweries. With the drinks taken care of, Chef Vinny and Sous Chef Alton Huang concentrate on churning out dishes that are built on the works of small-scale, artisanal producers. 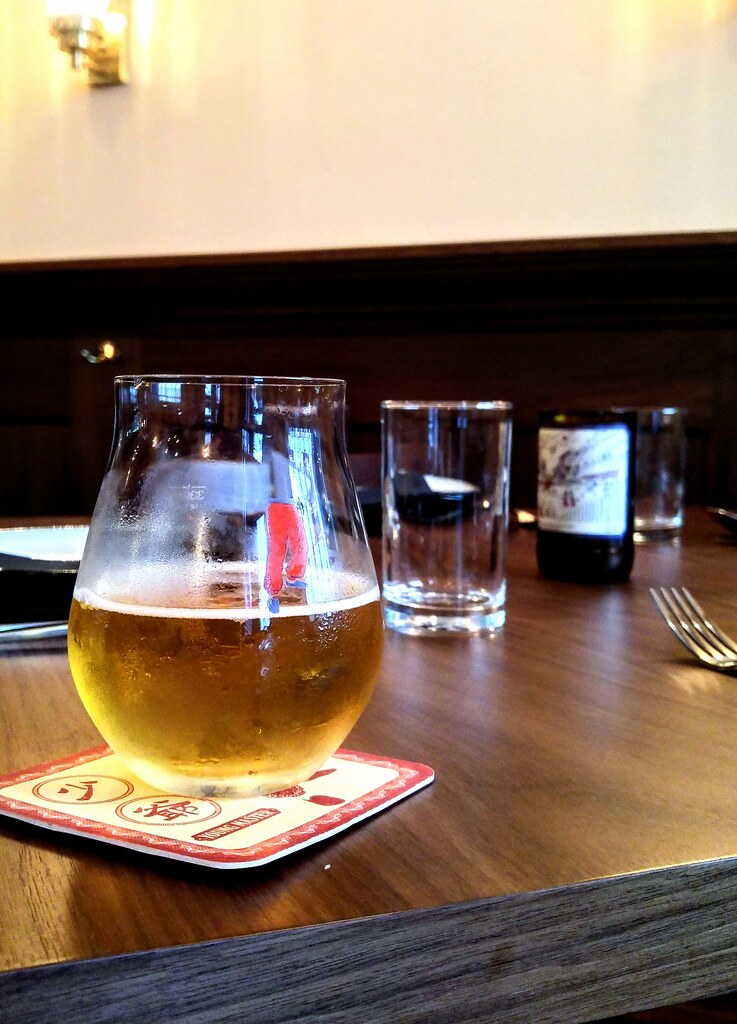 Young Master has two breweries in Hong Kong producing their signature range - Cha Chaan Teng Gose, Classic Pale Ale, and 1842 Island imperial IPA, which you get to try all three, together with their seasonal and limited releases. 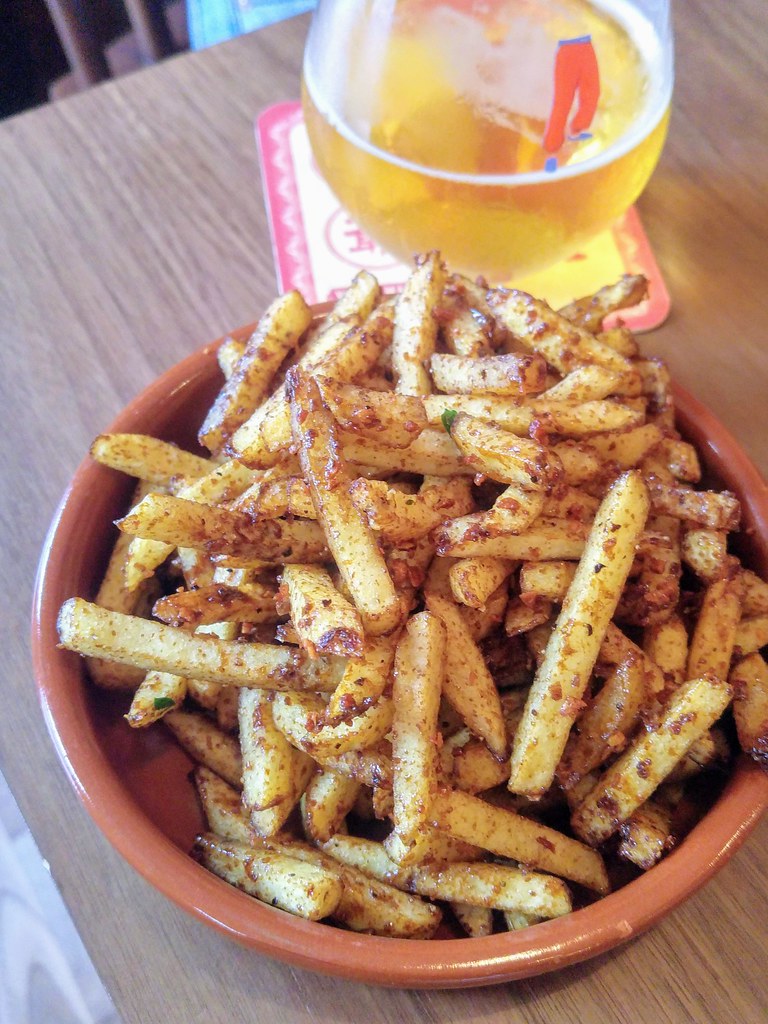 Accompanying the brews are dishes that aim at delivering the taste of comfort, hence expect pretty highly flavoured food. Salt & Vinegar Fries ($8) is a very down-to-earth starter which was wiped out in minutes. It reminds me of my mum's Asian style soy sauce potato strips but done in a British manner. 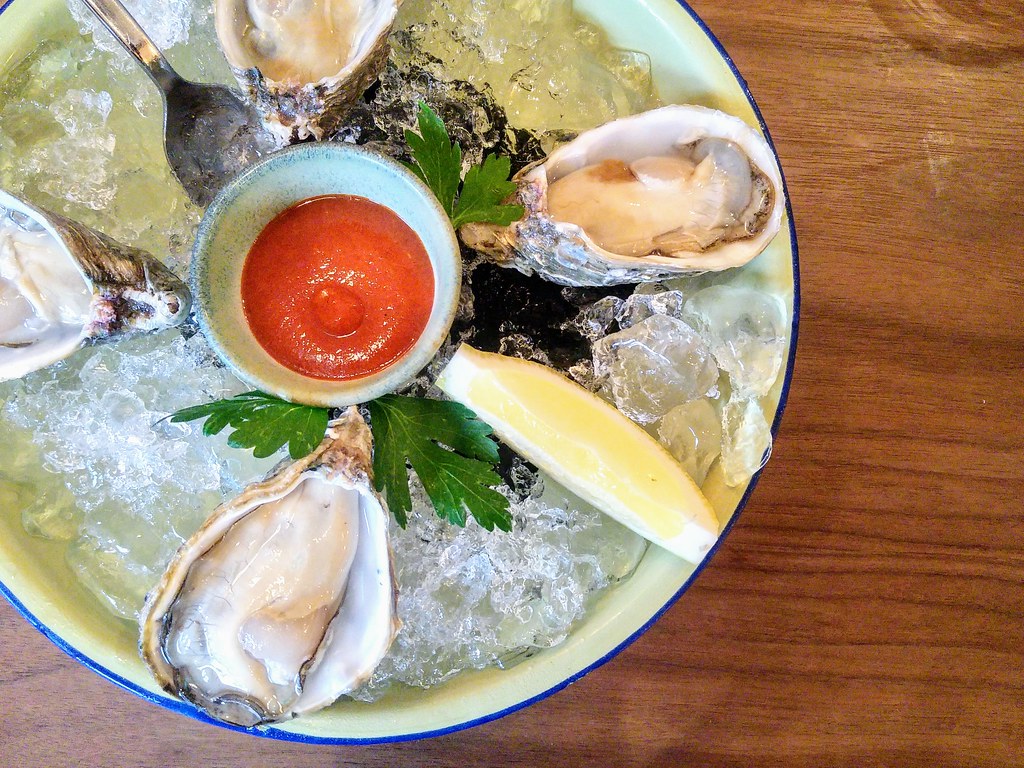 Sourced from Singapore’s only oyster farm off Pulau Ubin, I was surprised by the likable texture of the Freshly Shucked Oysters ($6/pc). Those big and voluptuous oysters may be appealing to some, I find these relatively smaller local breed much appetizing with a balance of firm meat and less brinier taste. 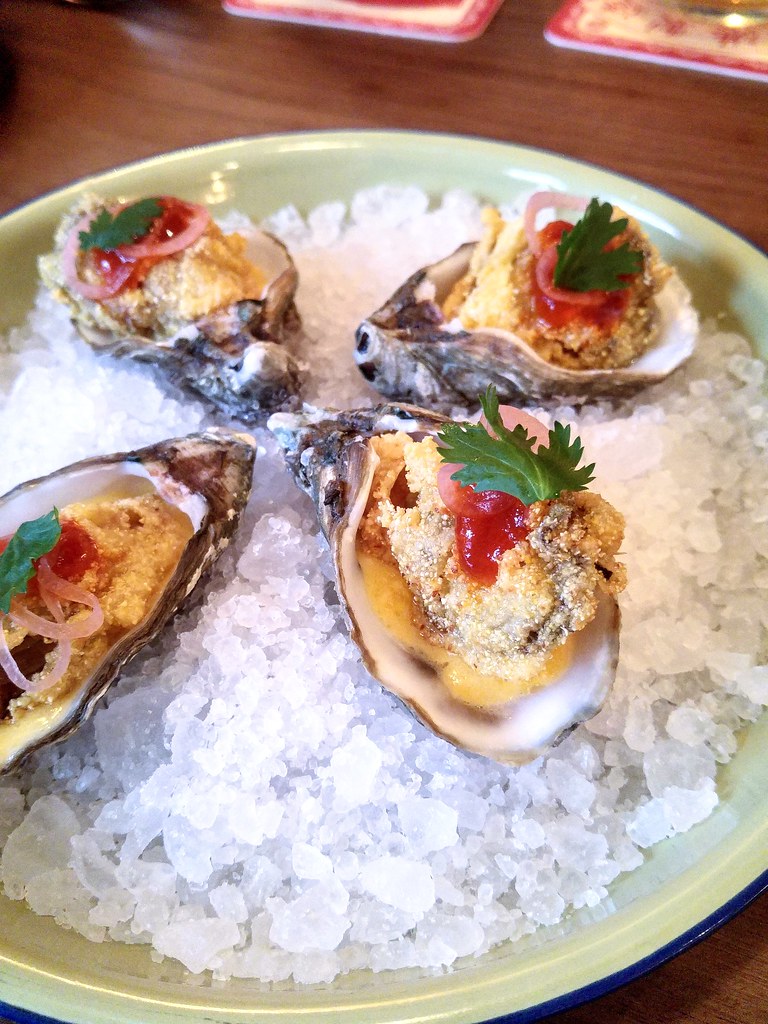 Inspired by egg benedict, these Fried Oysters with Hollandaise, Chilli, Pickled Shallots ($7/pc) are really delicious. When the dish is mostly fried items, a complementary dip is important. For these crusted oysters, the lemony hollandaise brilliantly took on that role. 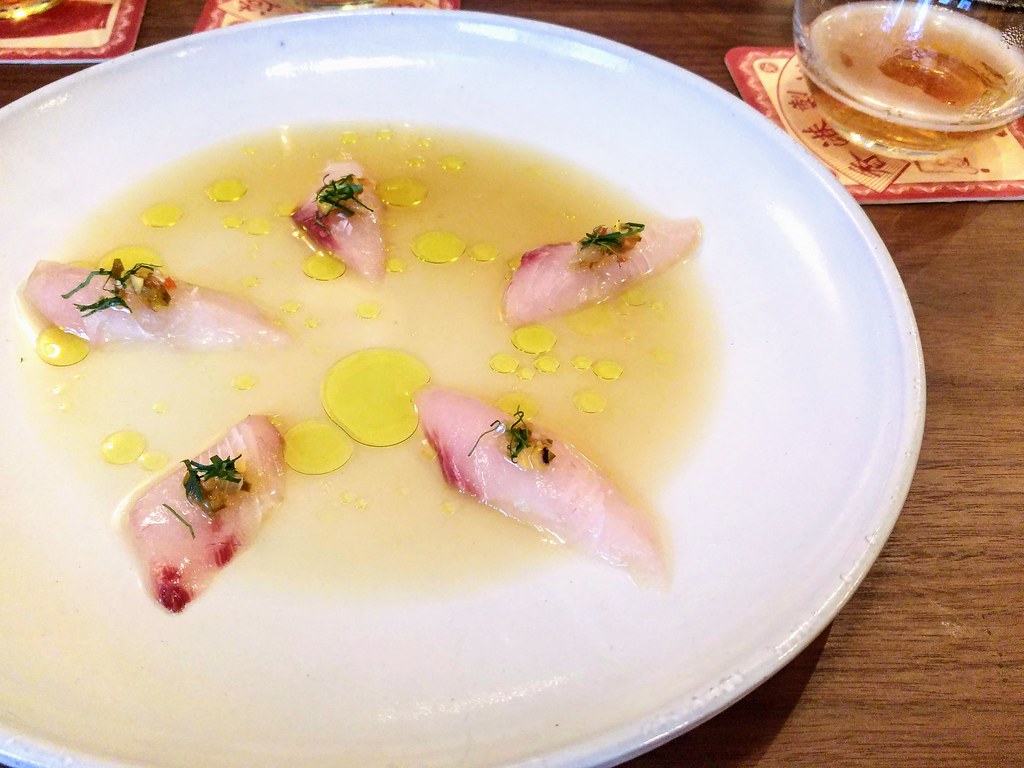 From our local fish market, the market fish of the day was Pomfret with Smoked Eel Consomme ($9). Seeing our local pomfret given a French touch was impressive and the respect given to this fish translates to a deeper appreciation of its texture. 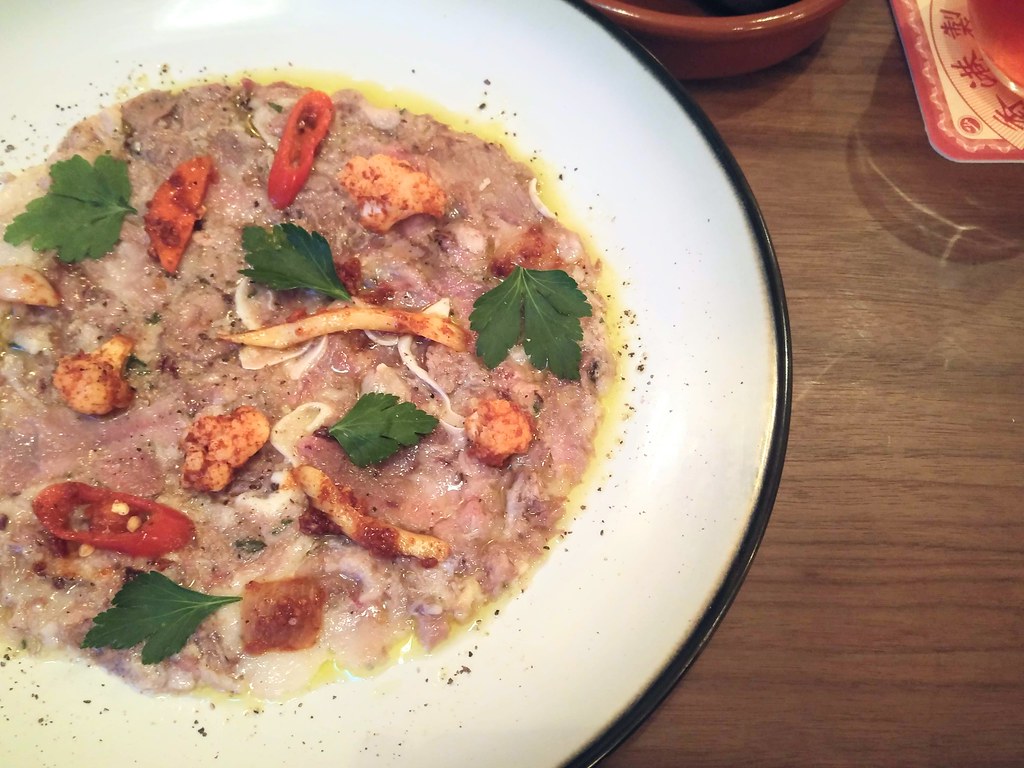 To make pig's head palatable, it all boils down to chef's execution or at least based on my previous experience at Dehasa, where such dish was made memorable. As ravenous as that might sound, it can be quite an experience trying out this ingredient. Chef Vinny's Brawn Terrine ($12) is demure but assertive. The spicy pickled veg cuts away some of the greasiness while the charred bread soaks up all the juice and flavours within. The bread, however, was too harshly charred, causing the edges to be bitter and inedible. 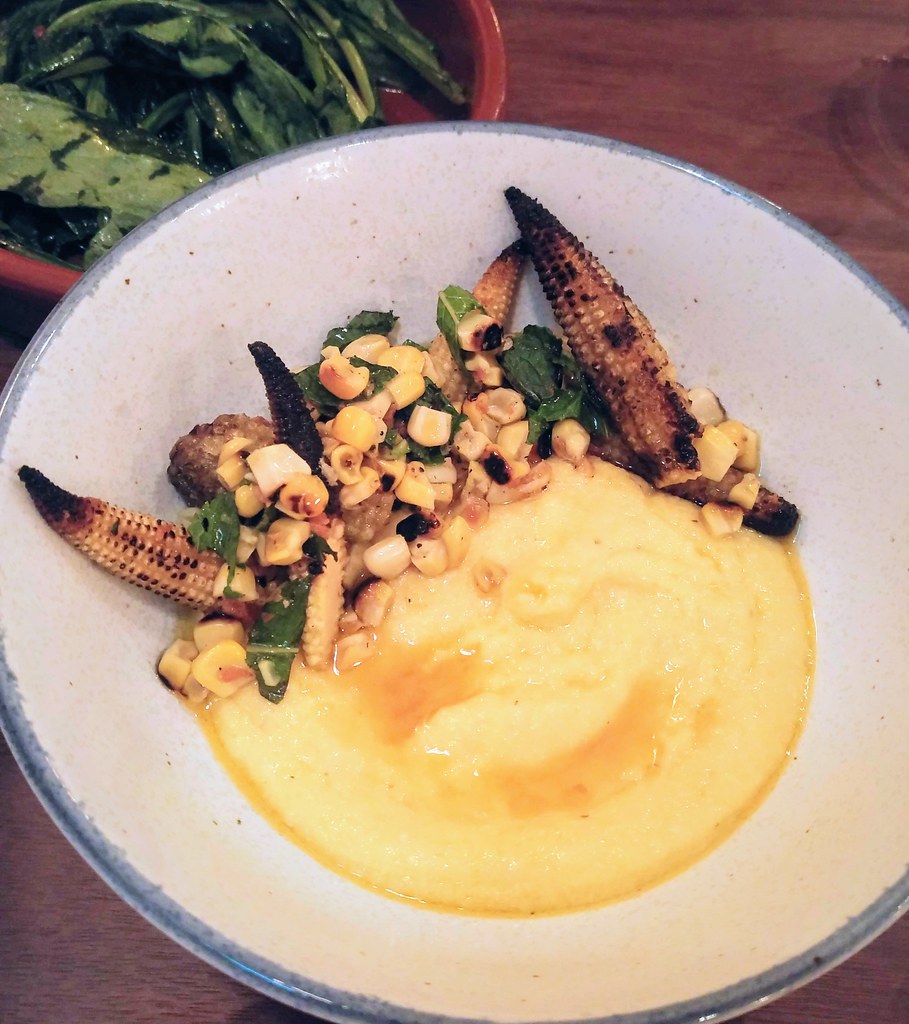 From the vegetables menu, we had Charred Sweet Corn ($12) and Tang O ($9) with fermented chilli. While I applaud their effort in westernizing many of our local ingredients, serving that few leaves of Tang O in a side plate is just stretching the concept a bit too much. The Charred Sweet Corn was good though, it was creamy with crunchy butter grits, and charring the sweet corn teases out its sweetness by a notch. 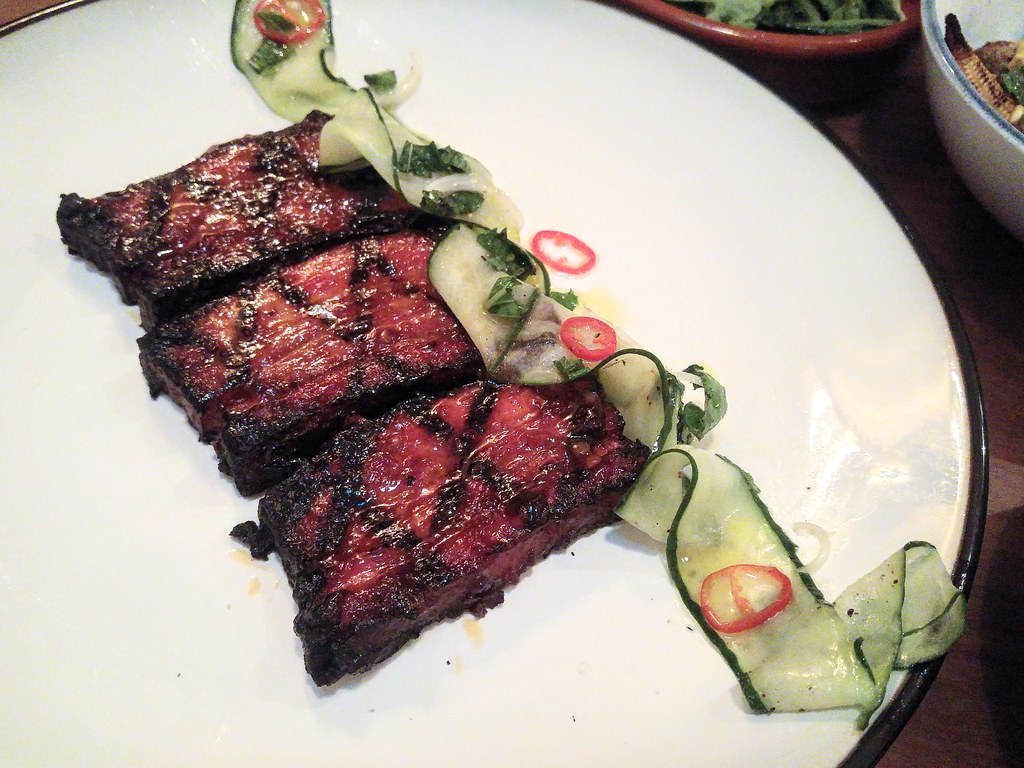 The Mains are even richer in taste, providing all the taste and grease for your beers. The thick-cut Grilled Sweet & Spicy Bacon ($28) were solid with flavours, exuding strong hues of smoky taste in every bite. 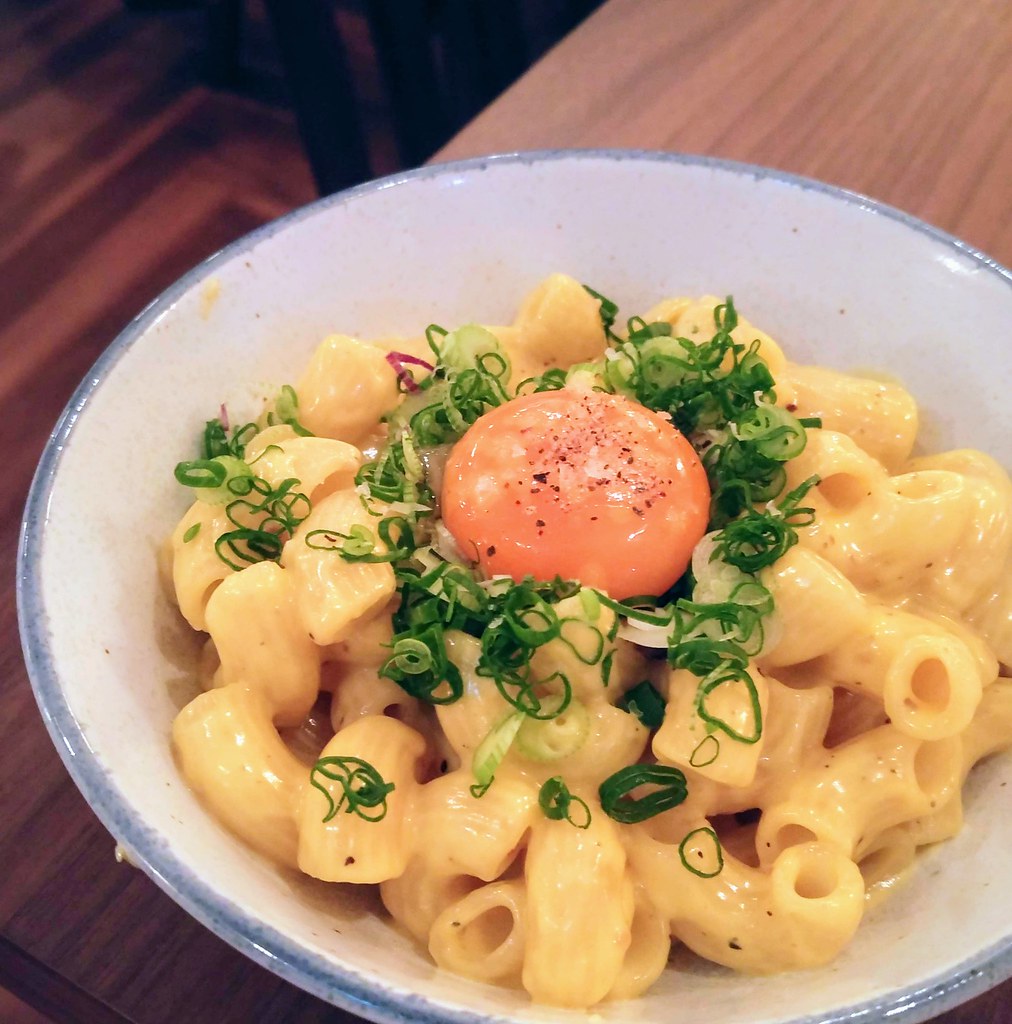 For Chef Vinny's favourite Mac n Cheese ($18). It may appear similar with the rest but one could taste the subtle elevation brought about by the house-cured egg yolk. 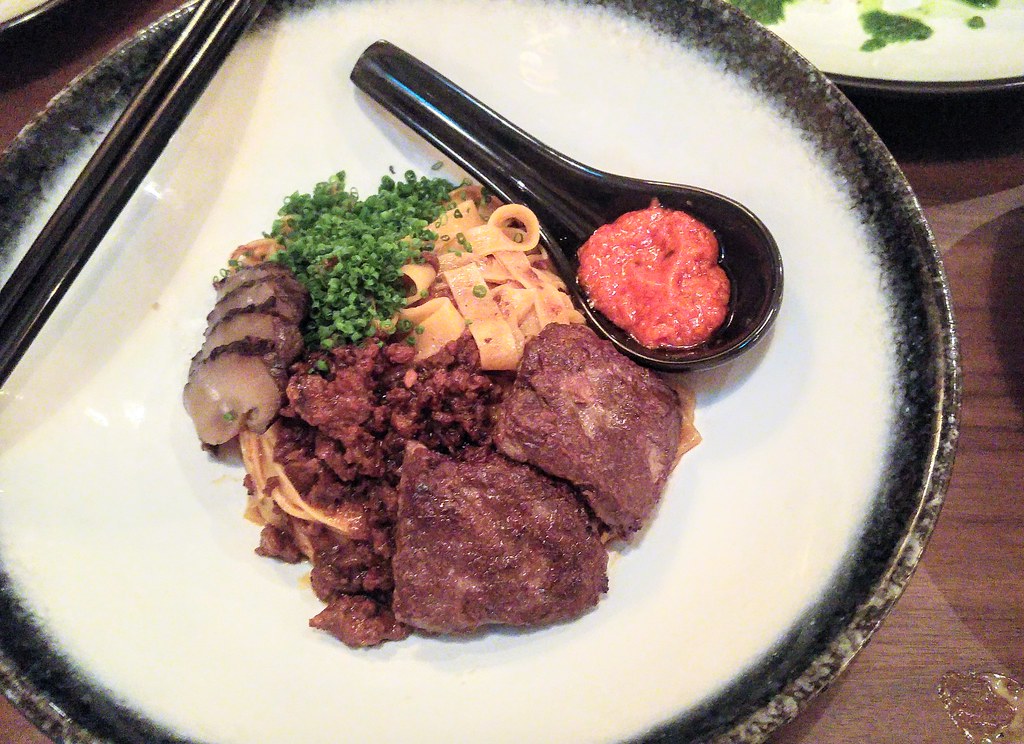 The BCM Tagiatelle "Bolo" ($22) is a good attempt but the delicate handmade pasta is tasked to handle too many ingredients. The pork ragu and pickled shitake with the chilli would have been enough. The liver simply overwhelms the rest. 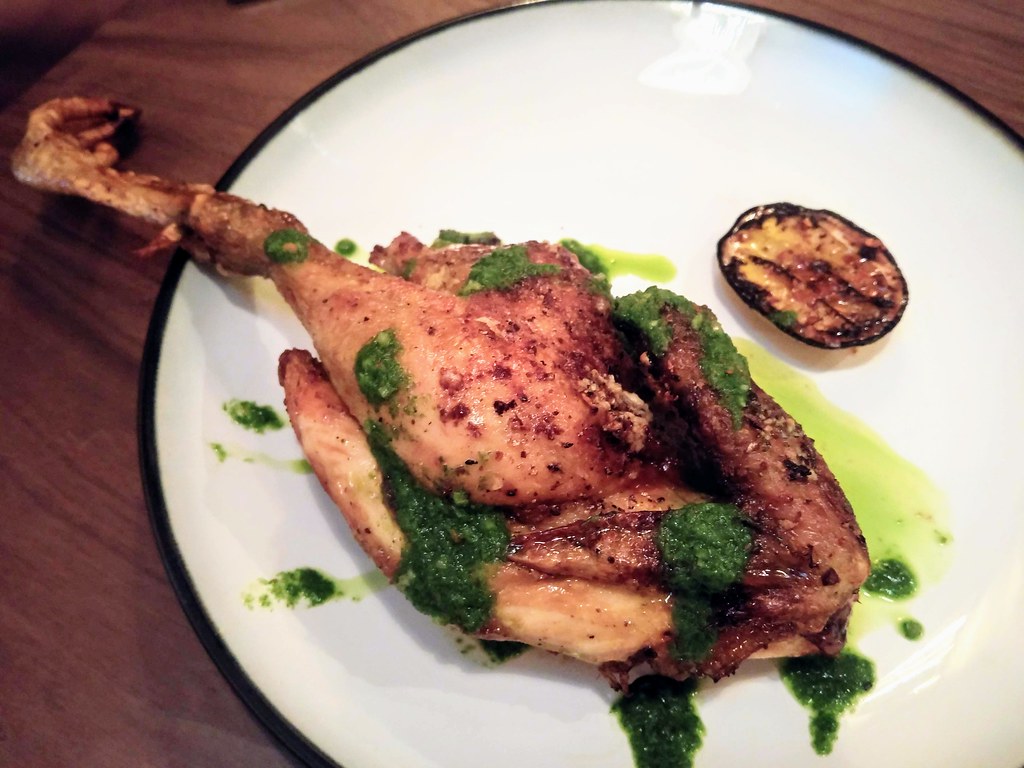 I must say I love the presentation of this Butter Roasted Chicken ($25). It would have been too goody-goody, if not for that single chicken feet playfully tied to its body. Tender meat with just a touch of seasoning, this simple dish is a respite from all the rich dishes. 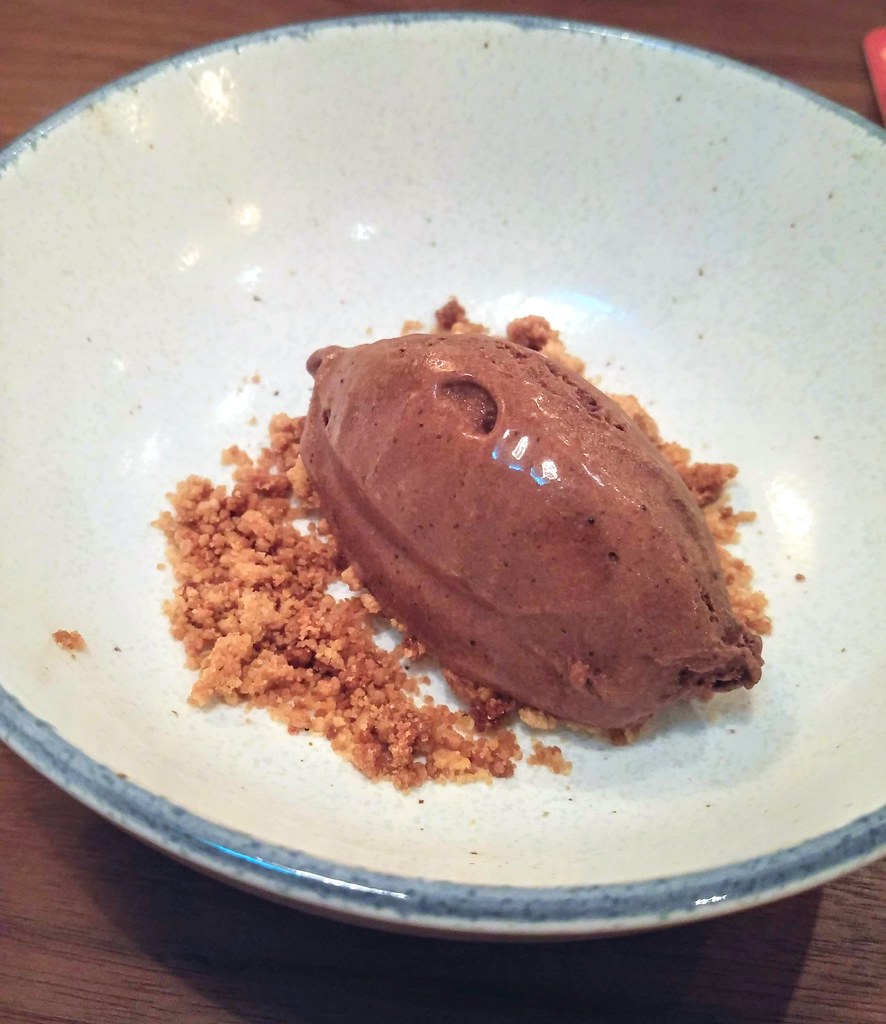 Despite a heavy meal, the nutty and chocolaty Buah Keluak Ice Cream leaves one craving for more with that elusive earthy and nuttiness. 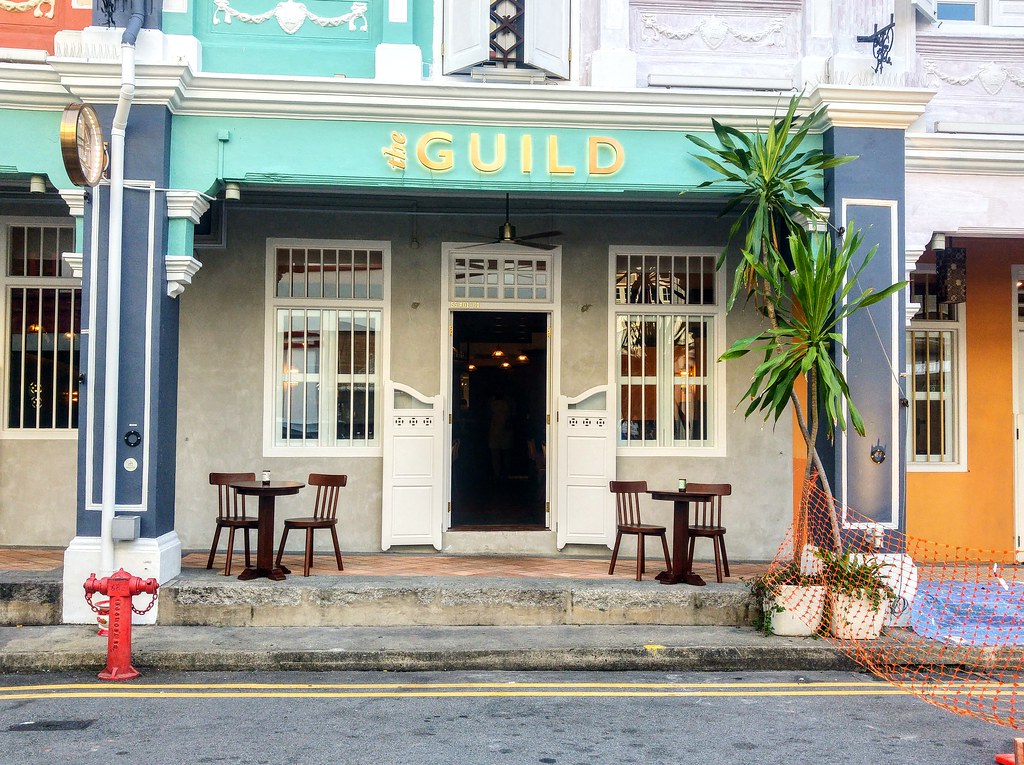 Drinks are the drawn but the accompanying food match up equally to give that buzz. Be it the façade, interior design, drinks or food menu, I find each element of The Guild well thought out, giving it a strong identity amongst the establishments along Keong Siak Road.