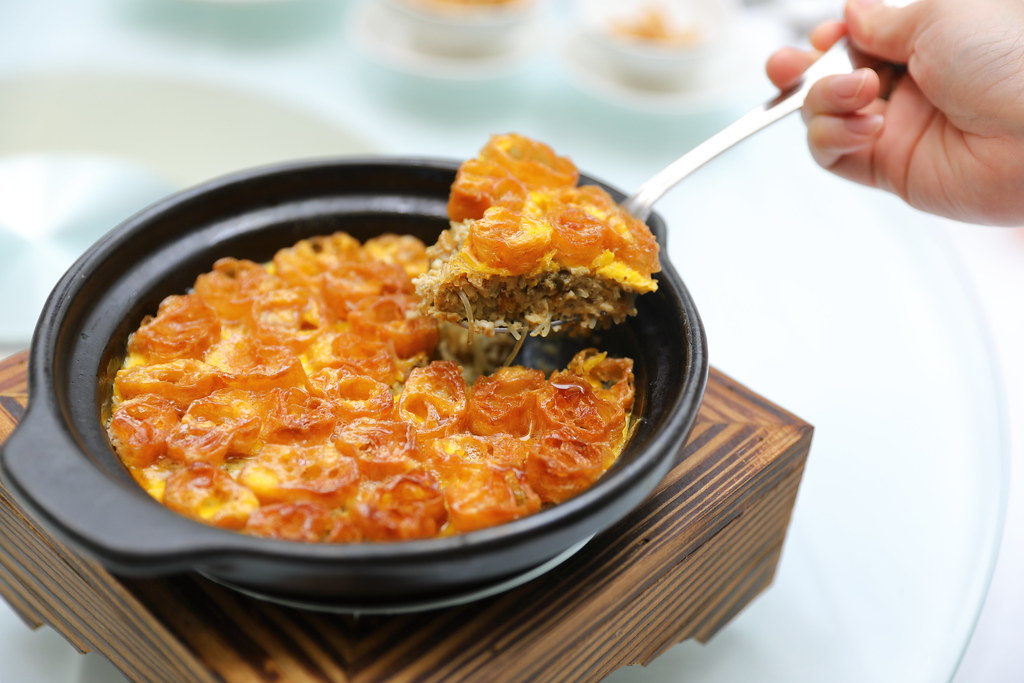 Joyden Concepts has finally set foot into Orchard Road with the opening of its second Joyden Canton outlet at Shaw House. The Orchard outlet will delight diners with its Cantonese cuisine from the Guangdong province with a new and expanded menu that encompasses both traditional and contemporary dishes. 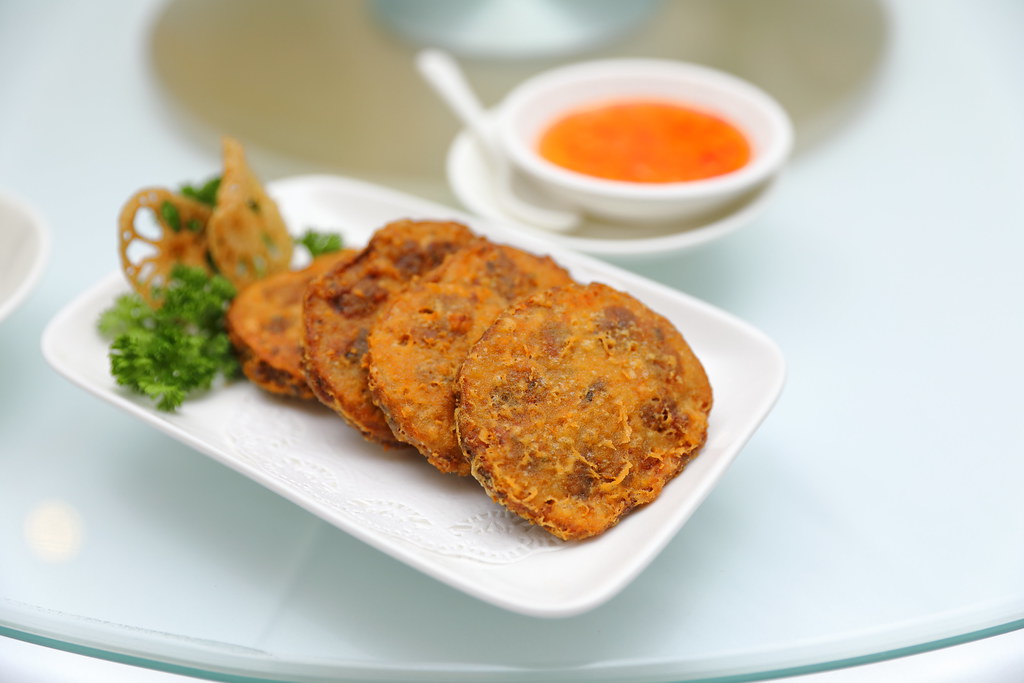 Taking inspiration from the popular treat in Shunde, Guangdong is the Daliang Pan-Fried Stuffed Lotus Root ($9). A mixture of minced pork, finely chopped shiitake mushrooms, water chestnuts and cilantro is sandwiched between 2 slices of lotus root. It is then given a light coat of egg and flour, deep fried to golden brown. Best eaten at room temperature, this interpretation was crispy, crunchy and most important packed with beautiful flavours. 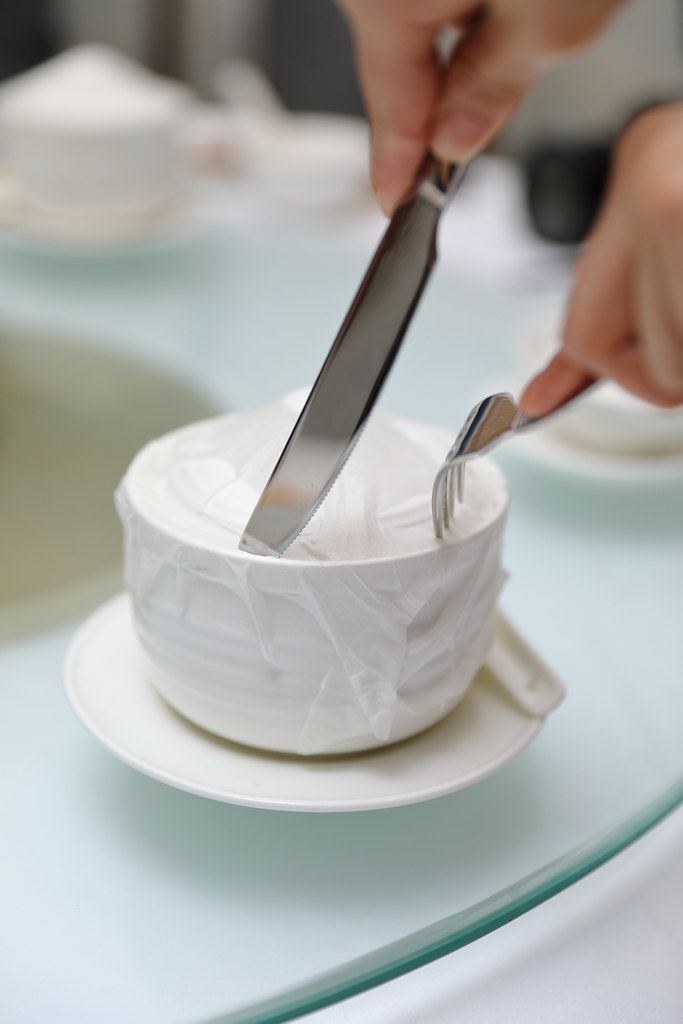 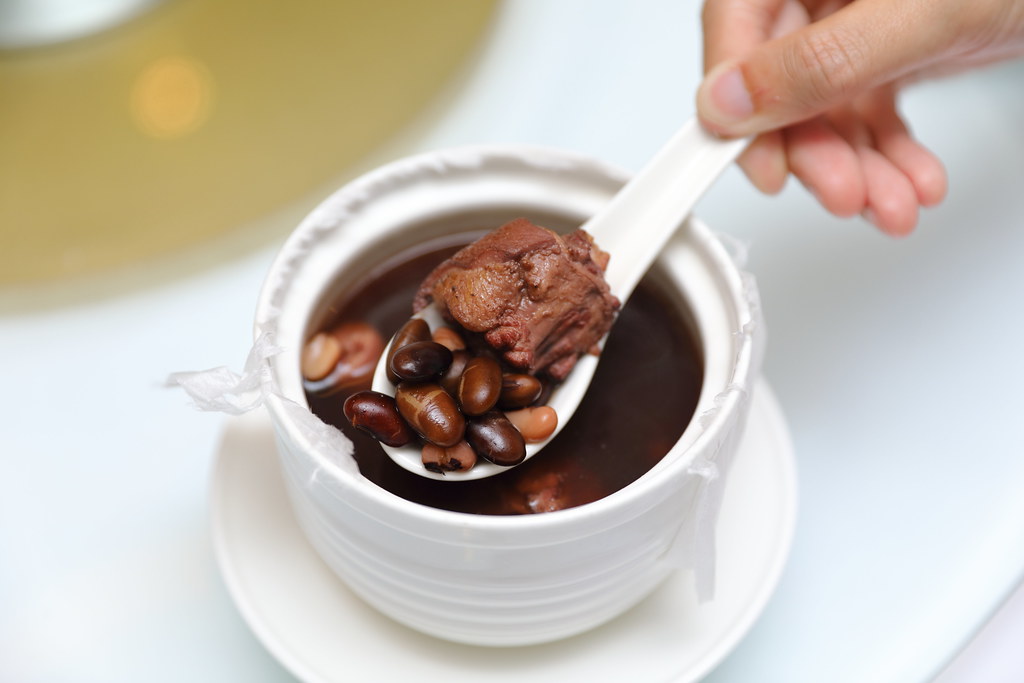 Cantonese cuisine is known for the soup and one must not visit Joyden Canton without trying their double boiled soup. Each bowl of the soup is encased in a wax paper and double boiled for no less than 4 hours. We had the nourishing Black Bean, Black-Eyed Pea, and Peanut with Pig Tail Soup ($8) which is good for blood circulation and wellness. I like the addition of longan and aged tangerine peel, giving it a subtle natural sweet finishing. 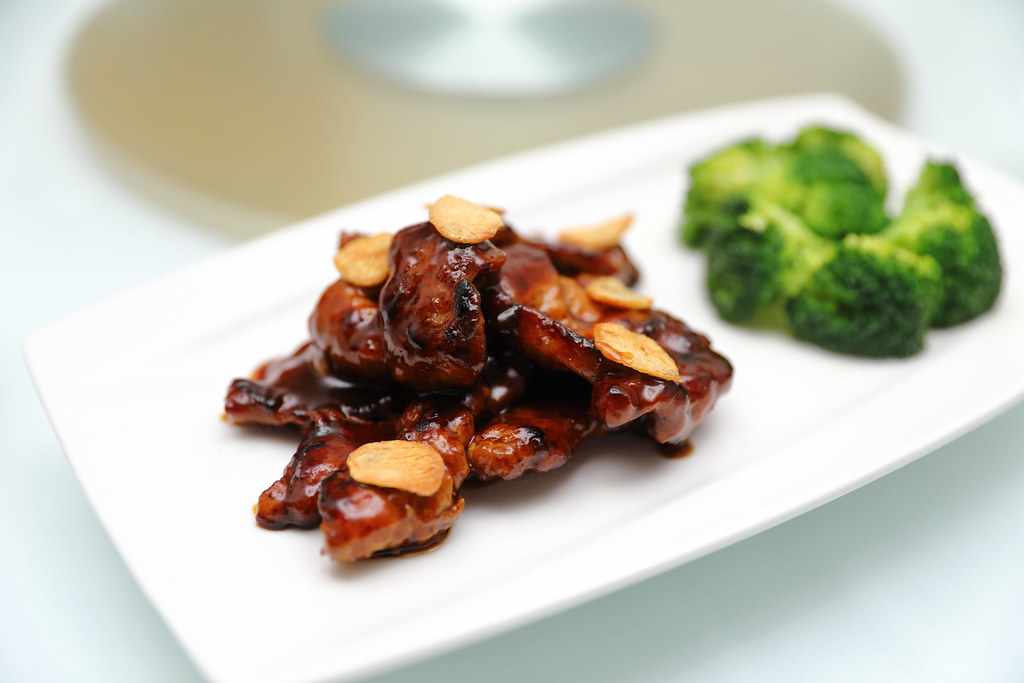 An acquire tasting dish is the Pan-Seared Pork Chops with Homemade Dang-Gui Barbeque Sauce ($19). Using pork shoulder slices, it is cooked to a nice tender bite. Unfortunately I dislike the bitter taste of the dang-gui (angelica root). I felt that it throws the sweet barbeque sauce off. 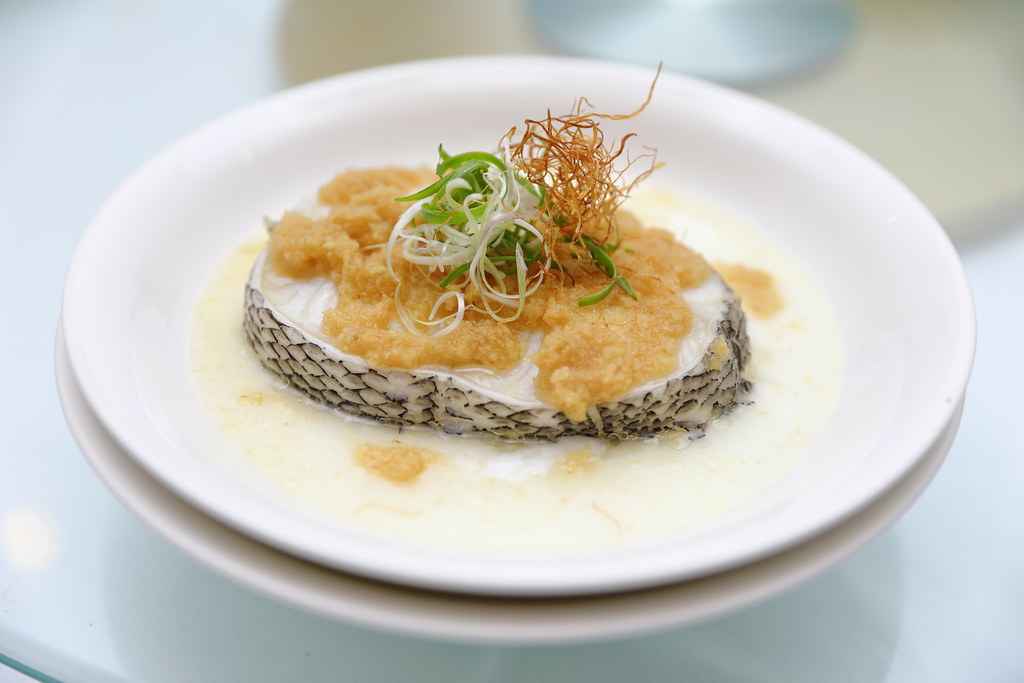 A homely tasting dish is the Steamed Cod Fish with Hua-Diao and Homemade Ginger Sauce ($32). The huge piece of cod fish is topped with a homemade paste of grated old and young ginger, fresh herbs and hua-diao wine. It is then steamed to a nice tender texture. I enjoyed how the ginger paste complemented the rich and oily fish but I would the stronger use of the Chinese rice wine. 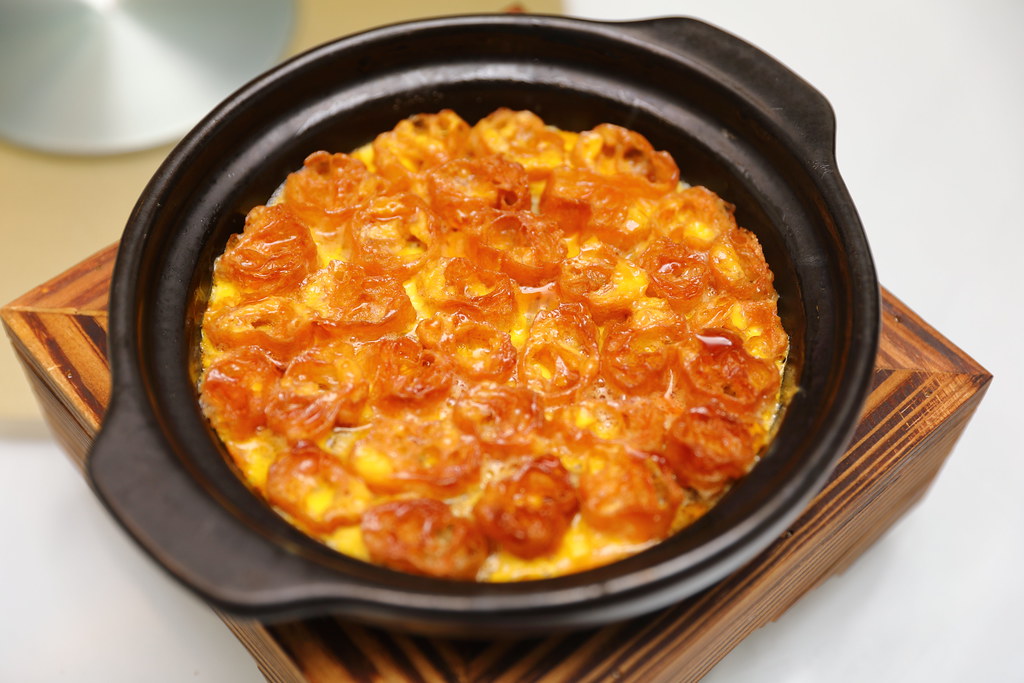 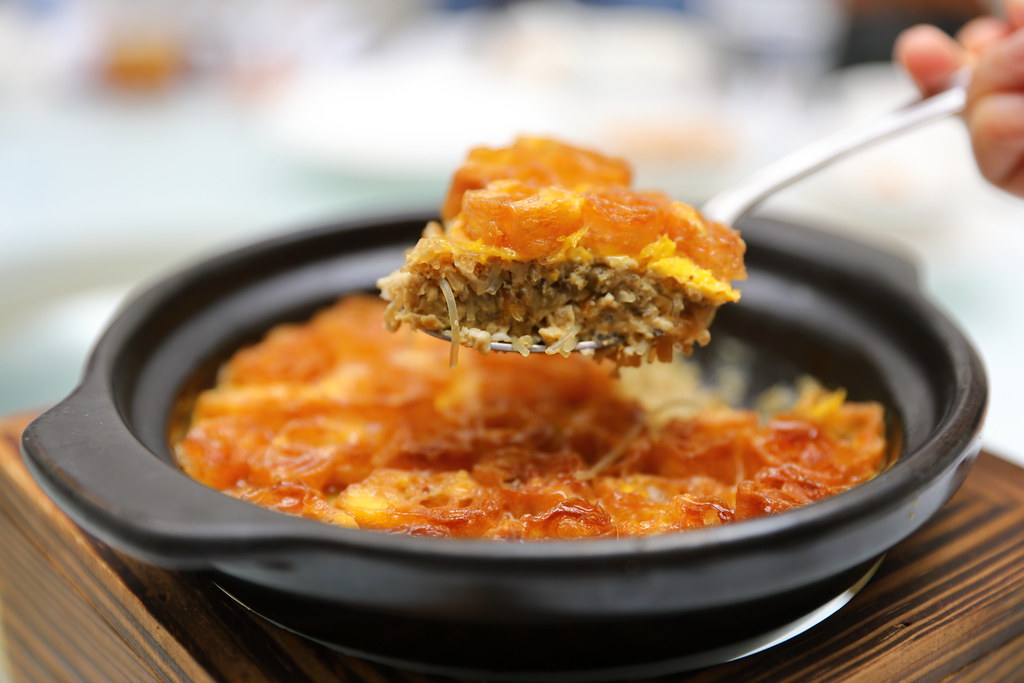 The highlight at Joyden Canton has to go to the Twice-Baked Golden Egg Gratin with Caramelised You Tiao ($18). I was told that the original version of the dish uses fish intestines but Joyden Canton has replaced it with thin slivers of crunchy jelly fish. This is then combined with vermicelli, mandarin peel and minced olives whereby a egg mixture is poured on and baked. It is then topped with a blanket of you tiao for a crispy finishing. 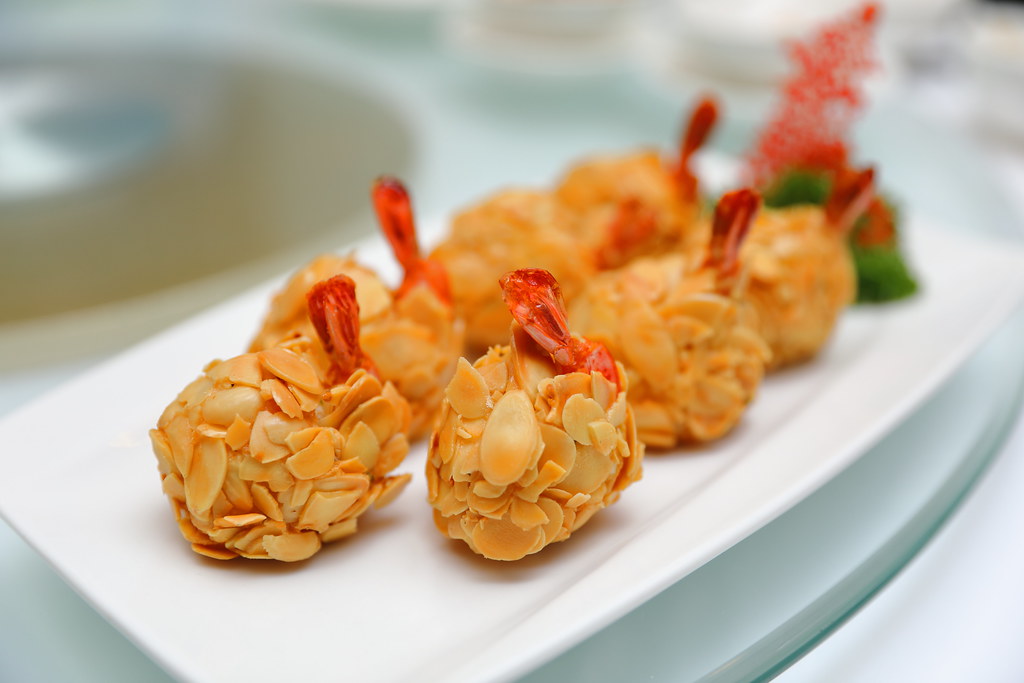 I was looking forward to sink my teeth into the Almond and Salted Egg Prawns with Lemon Sauce ($21) which is beautifully coated in toasted almond flakes, deep fried to golden brown. The fresh tiger prawn is enveloped in a homemade paste of prawns, salted egg yolk, cilantro and water chestnuts. While it is creative, the execution was on the dry side. I also could not taste the salted egg yolk and the sweetness of the prawn, masked by the nutty almond. 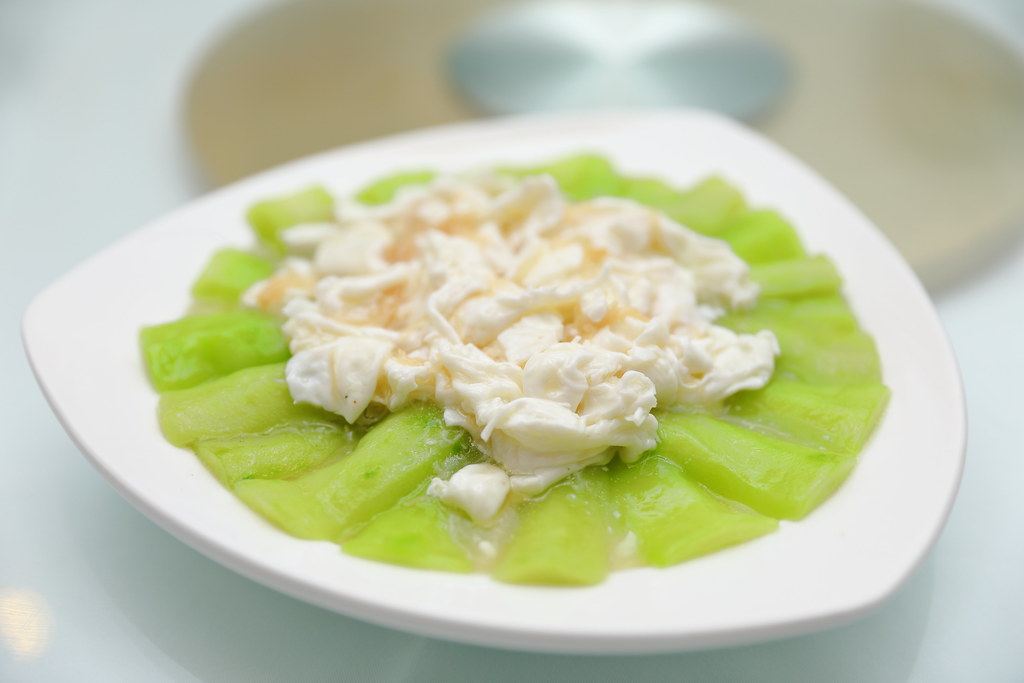 For something light but yet tasty is the Braised Luffa Gourd with Poached Egg White in Conpoy Sauce ($17). The luffa gourd is skinned, de-seeded and thinly sliced. It is then blanched in superior stock for a delectable enjoyment of the texture. This is served with silky poached egg white wok-tossed with a light conpoy sauce. 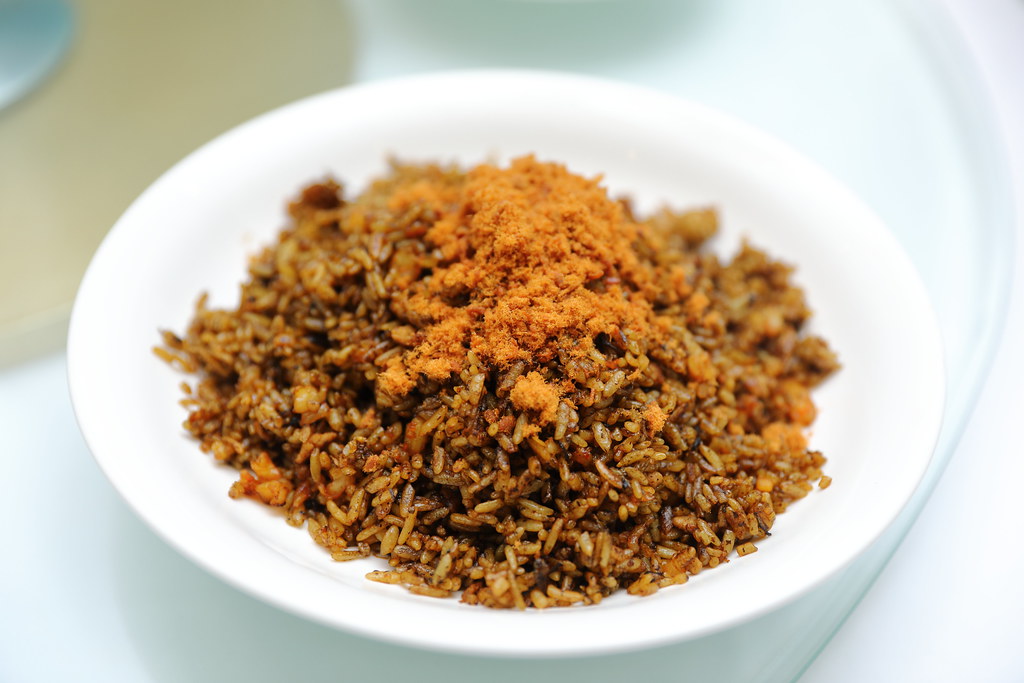 The plate of black gold is not to be missed. The "Hak Gam" Olive Fried Rice with Minced Pork and Prawn ($18) uses the premium Meizhou olives for its fragrant and robust flavour. Consists of minced olive, chye poh, minced pork and prawns, it is wok fried in superior dark soya sauce for an aromatic finishing with carameliezd char, crowned with pork floss over the rice. 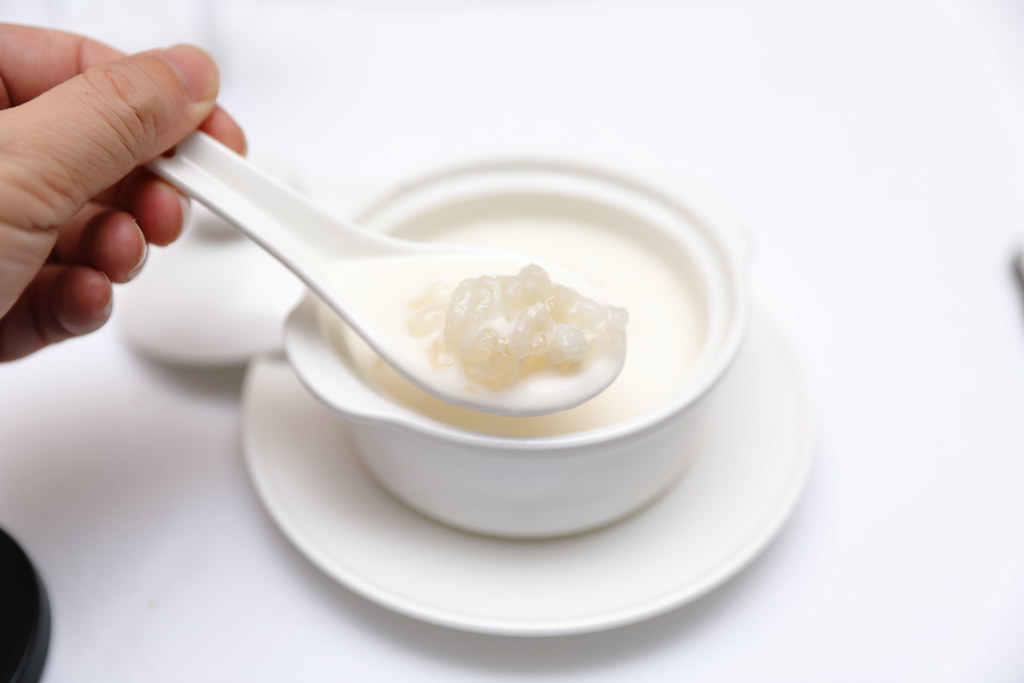 Once again Joyden Canton has not disappoint me. Taking inspiration from the Guangdong province, I could taste the effort and creativity behind the new and expanded menu. Take for example the Twice-Baked Golden Egg Gratin with Caramelised You Tiao, Daliang Pan-Fried Stuffed Lotus Root and many more, which you probably has not seen in other restaurants yet.