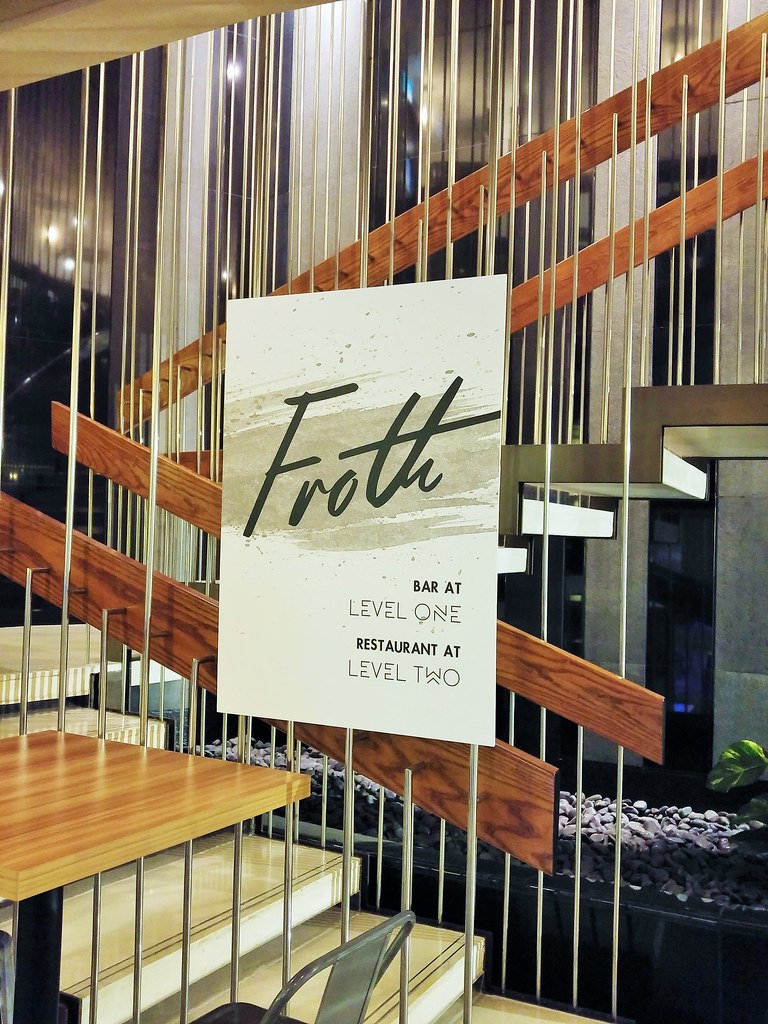 Froth, originally nestled in Big Hotel, has moved to a new home - The Ascott Raffles Place. From a café bistro setting to a 140-seater restaurant, it is indeed quite a major shift. Taking on such a elegant space, the menu also received a face lift with new culinary creation from Chef Derrick Ow, the soul of Froth. 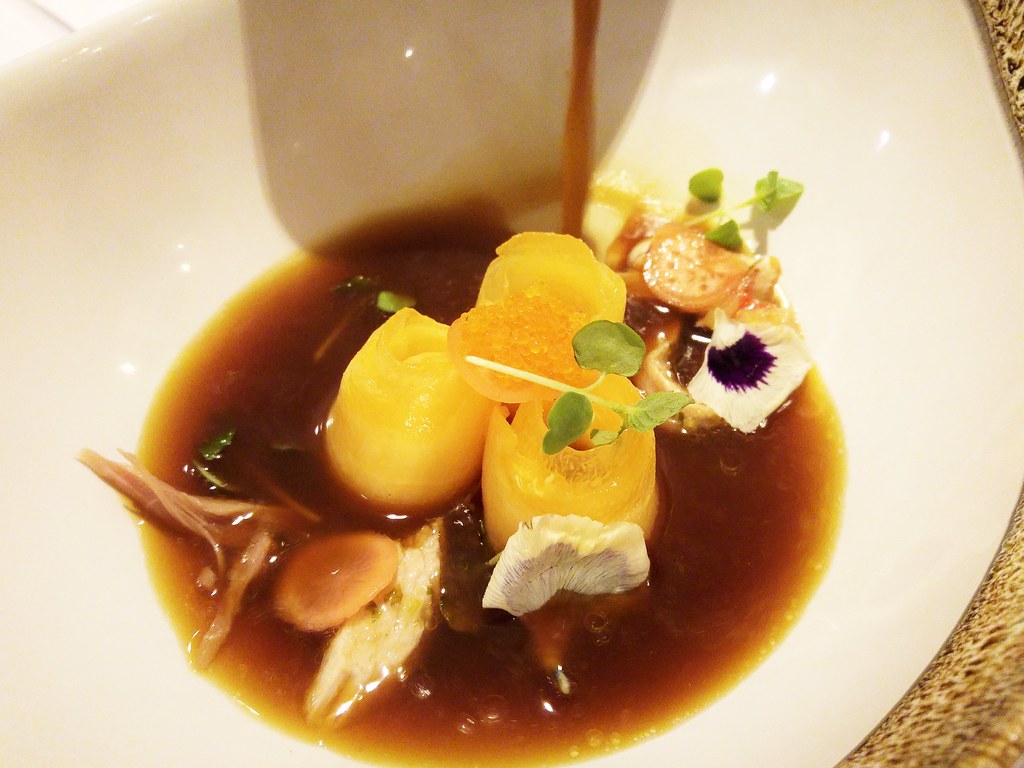 Duck Kut Teh ($10.90) as a concept, seems to fare better than the actual taste. It felt pretty nourishing after drinking it, afterall it has been cooked for 12 hours. The 'duck taste', however, was stronger than desired, but was soothed out slightly by the tanginess from the pickled radish punctuating the broth. 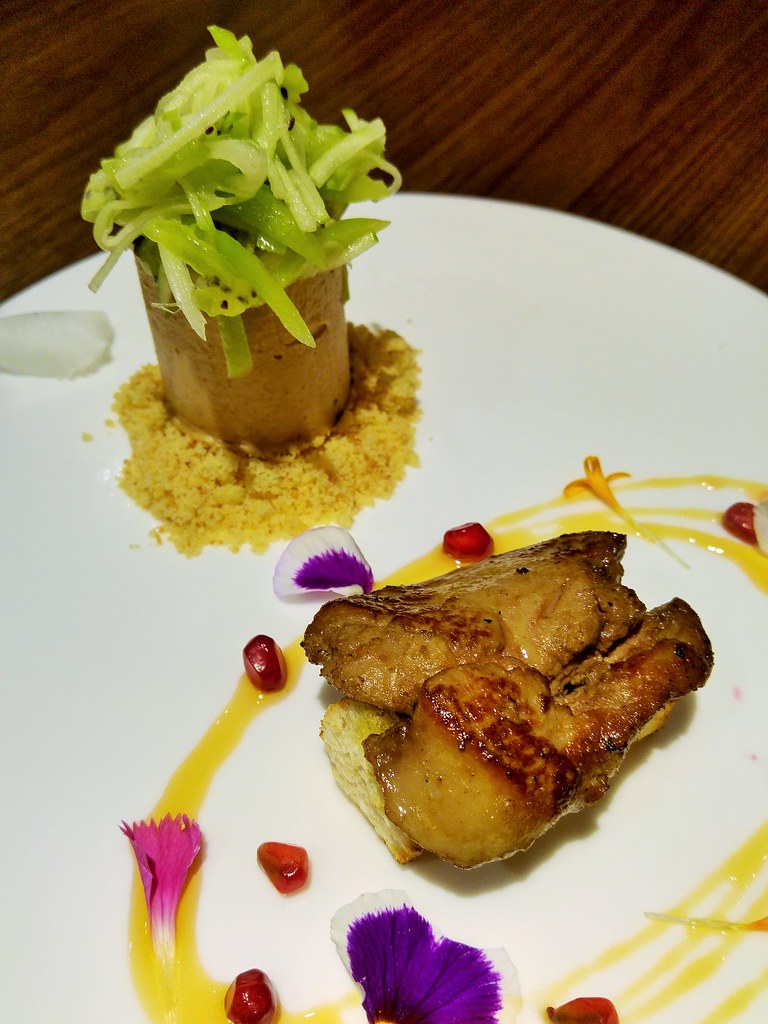 The experience of eating Chef Derrick's Hot & Cold Foie Gras ($23.90) was quite unforgettable, and the magic lies in the chilled foie gras pate that stood tall on a bed of buttery biscuits crumbs. Sliced it open and out oozed kiwi lava. The heap of crunchy celery and Granny Smith slaw crowning it added on a refreshing touch and stimulating contrasting texture to the smooth, creamy foie gras.

These are the brainchildren of Chef Derrick Ow, who currently helms Froth. With a penchant for using unconventional culinary techniques, the chef playfully imbues western classics with a local flair. 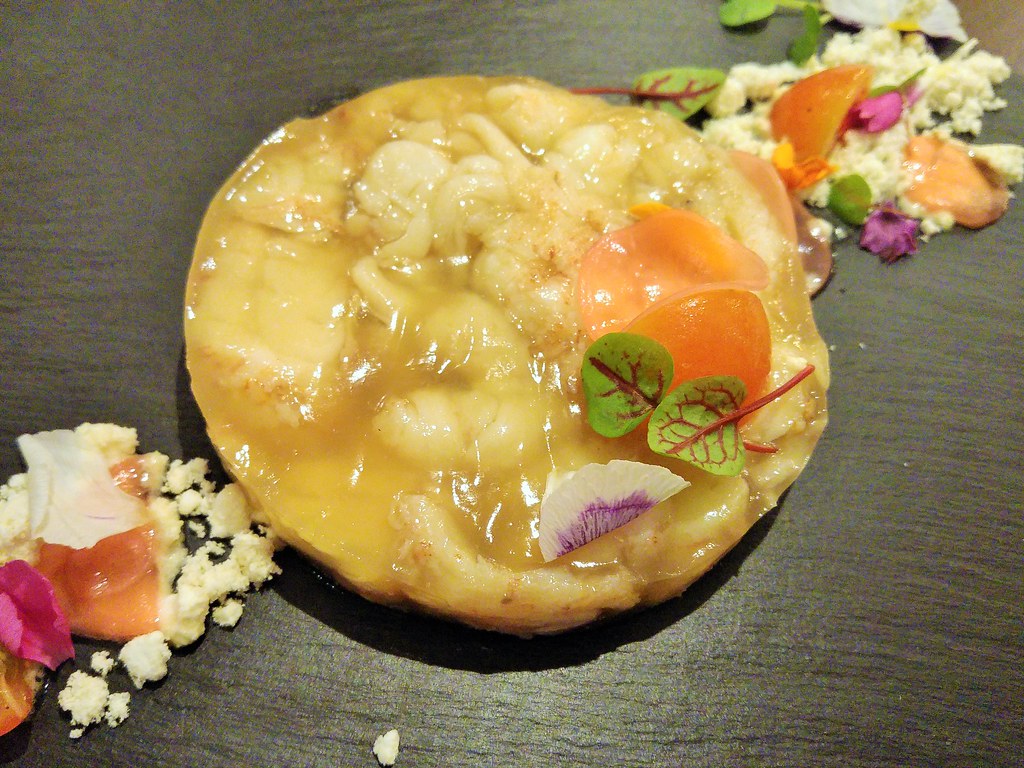 Chilled lobster chunks embedded in tomato jelly made from scratch, the Lobster Jelly ($22.90) was aesthetically pleasing to both the eyes and palate. All the various, exquisite components of the dish - edible flowers, cresses and ginger powder, lent botanical flavours to the dish. 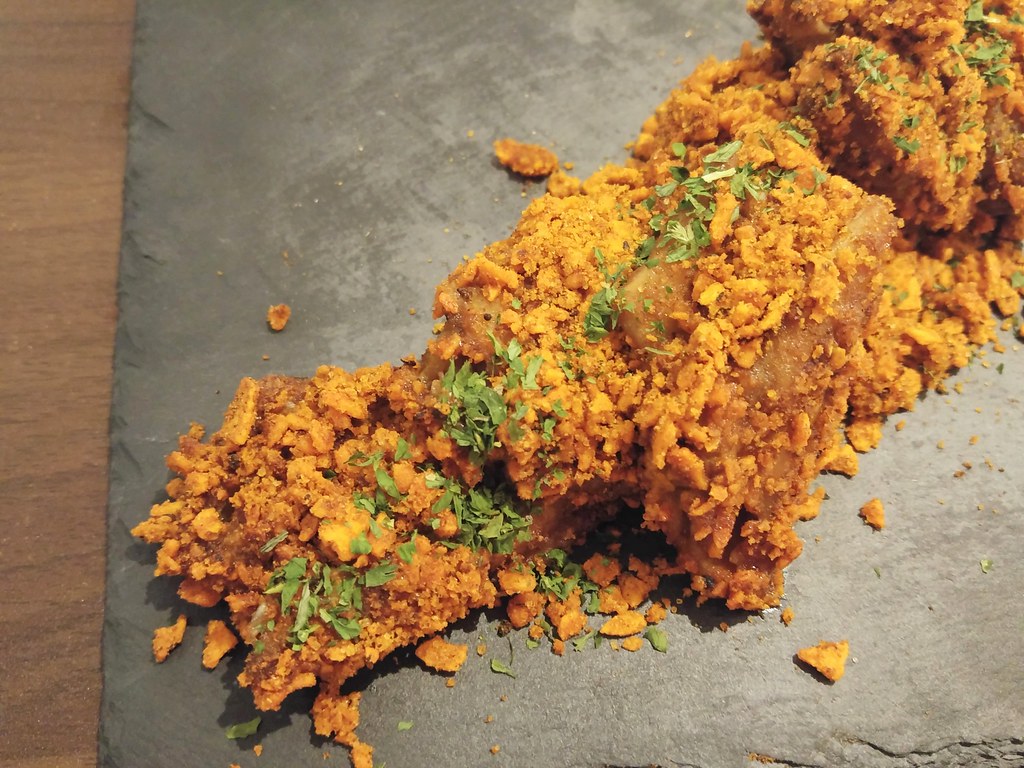 Doritos Crust Winglets ($16.90) has gained its fair share of popular back at Big Hotel. It was extremely tender with a crusty exterior, thanks to the spicy Dorito chips crust, and not to forget that it's boneless. Somehow, I feel it didn't quite fit into menu here, as it is more of a bar-food to me. 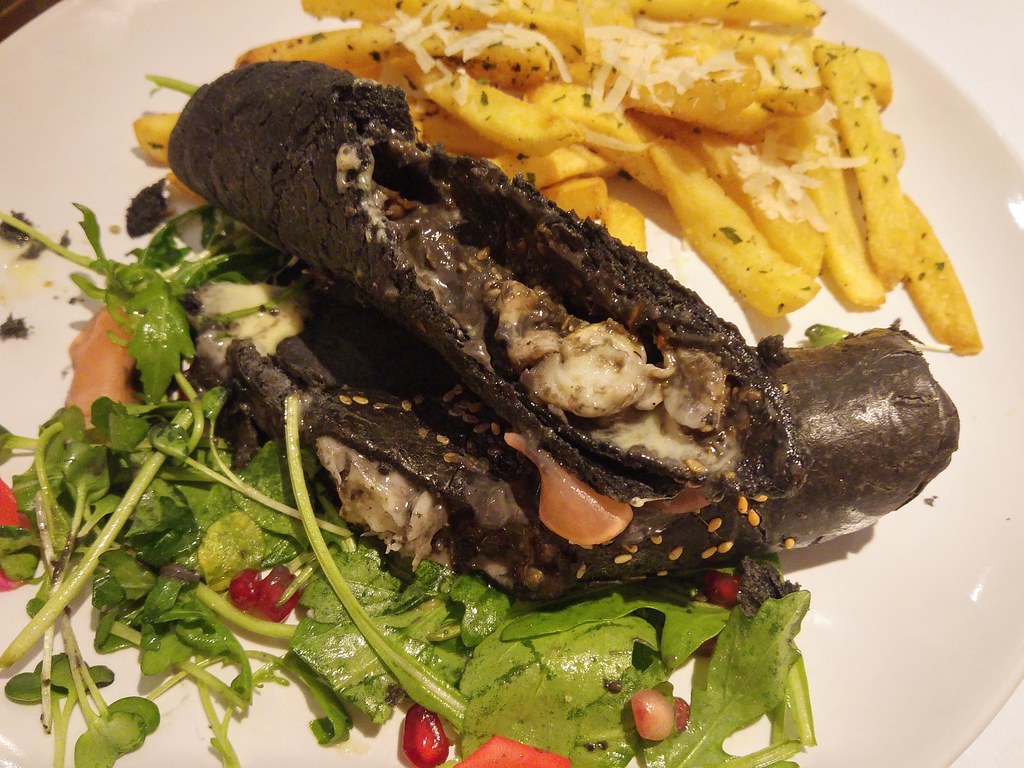 What we had were certainly more than just your café sandwiches. Their Squid Ink Lobster Roll ($25.90) was far from what I had in mind - buttery brioche with chunky lobster roll that is finger licking good. I feel the twist to this classic crowd-pleaser seems to have taken it too far off, and the essence of the dish is lost. I could barely taste anything apart from the squid ink mentaiko, which was quite one dimensional saltish. The salad with pickled ginger, on the other hand, was extremely appetising, and it was such a pity to see it turn soggy under the weight of the roll. 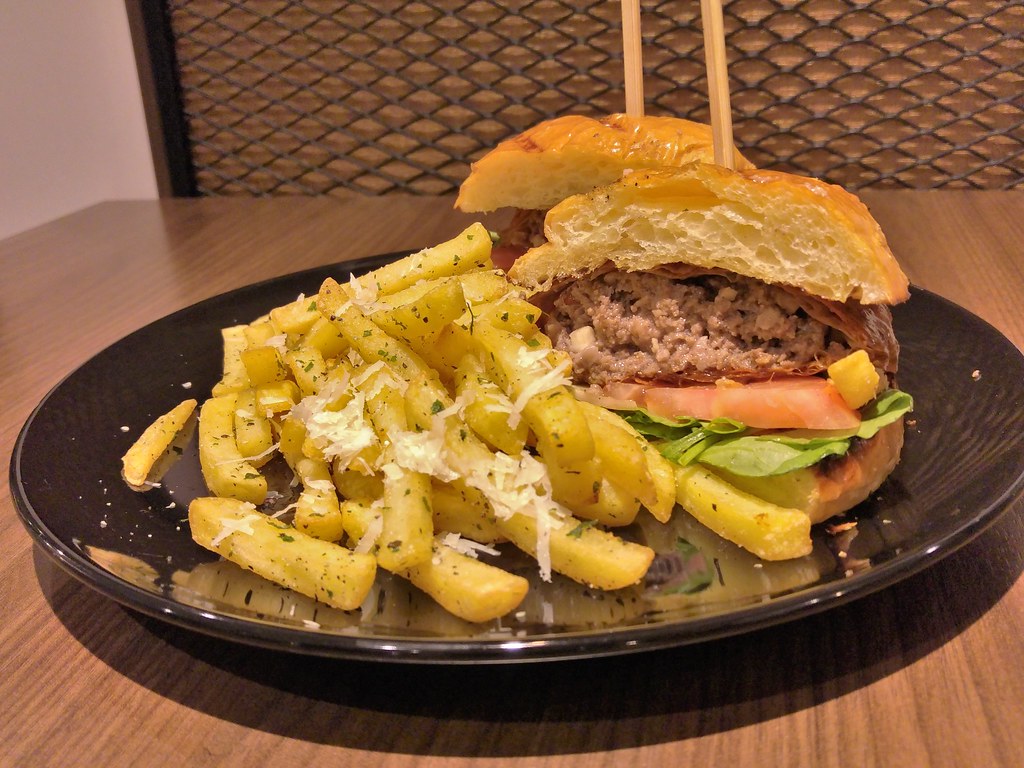 Five Spice Wagyu Patty Burger ($34.90) is a fine example of a successful execution of a good concept. The patty is wrapped in crispy beancurd skin and then deep fried,attaining a taste almost exactly like a traditional ngoh hiang, but overflowing with fatty, sweet juice. You can see Chef's attention to details - not just from the very distinct five spice flavour, but the presence of the crunchy water chestnut bits. I thought what would ideally round it off would be a mustardy sweet sauce, which to me is an important element in any burger. For this price point, I was also expecting more from the lacklustre fries. 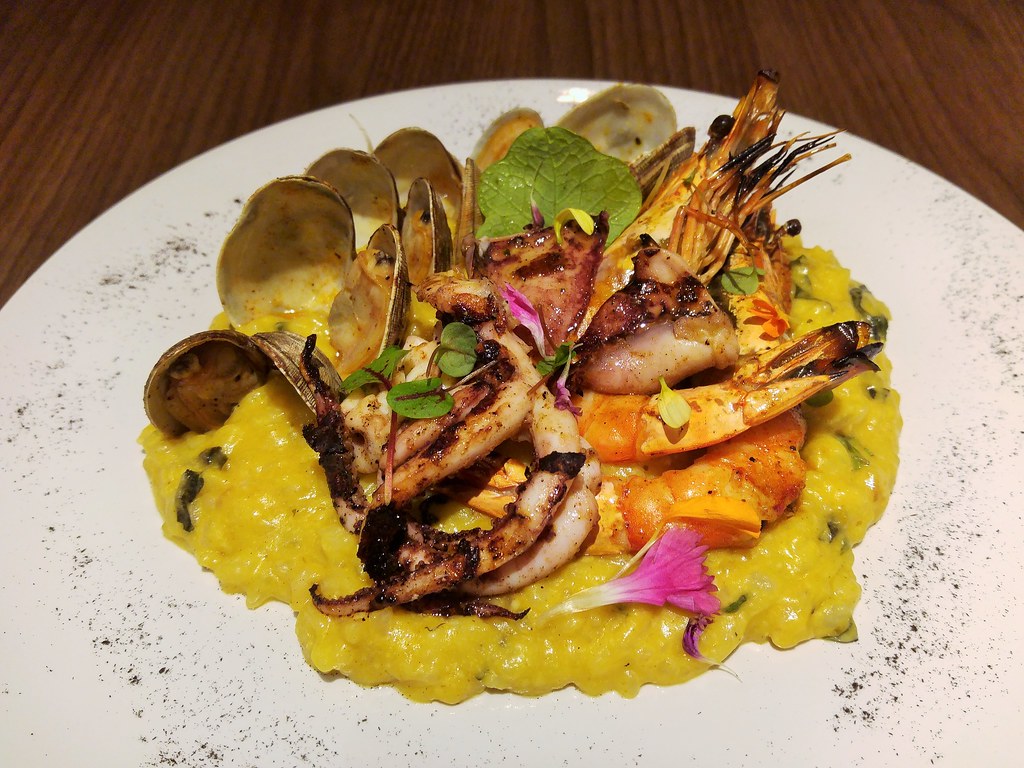 Seafood Tom Yum Risotto ($29.90) was no doubt one of the most gorgeous looking risotto dish that I have come across. The creamy risotto was a good match with its chunky ingredients - the firm tiger prawns, chewy squid and tender clams. The risotto was infused with distinct tom yam flavour, highlighted by occasional bites into the chopped basil leaves. The tanginess seemingly coming from dashes of lime juice was uplifting, but the overall pleasure of eating it was brought down a little by the overdose of salt. 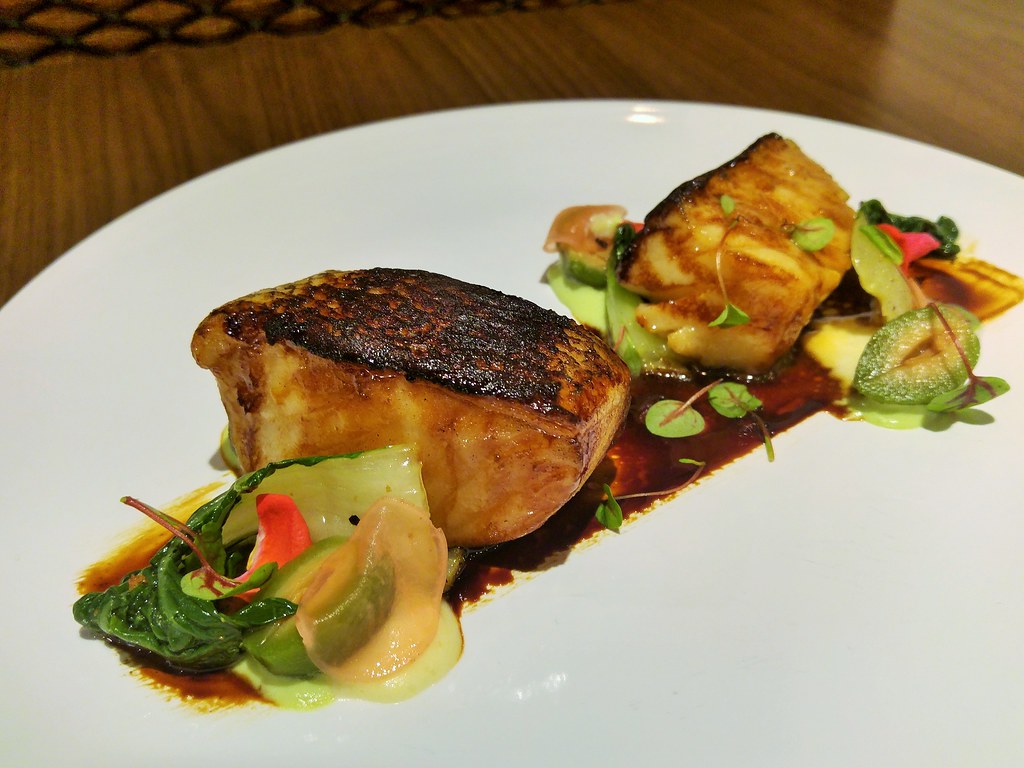 Ponzu Soya Cod ($35.90) was the star of the evening, when each of us could easily wipe clean a plate on our own. The cod fillet was cooked using the sous vide technique, and had its skin charred to achieve a crispy crackling. The meat was amazingly tender, and I wish it didn't melt in my mouth so easily so that I could slowly savour its goodness. Even the unassuming bok choy was delicious with a wok taste. 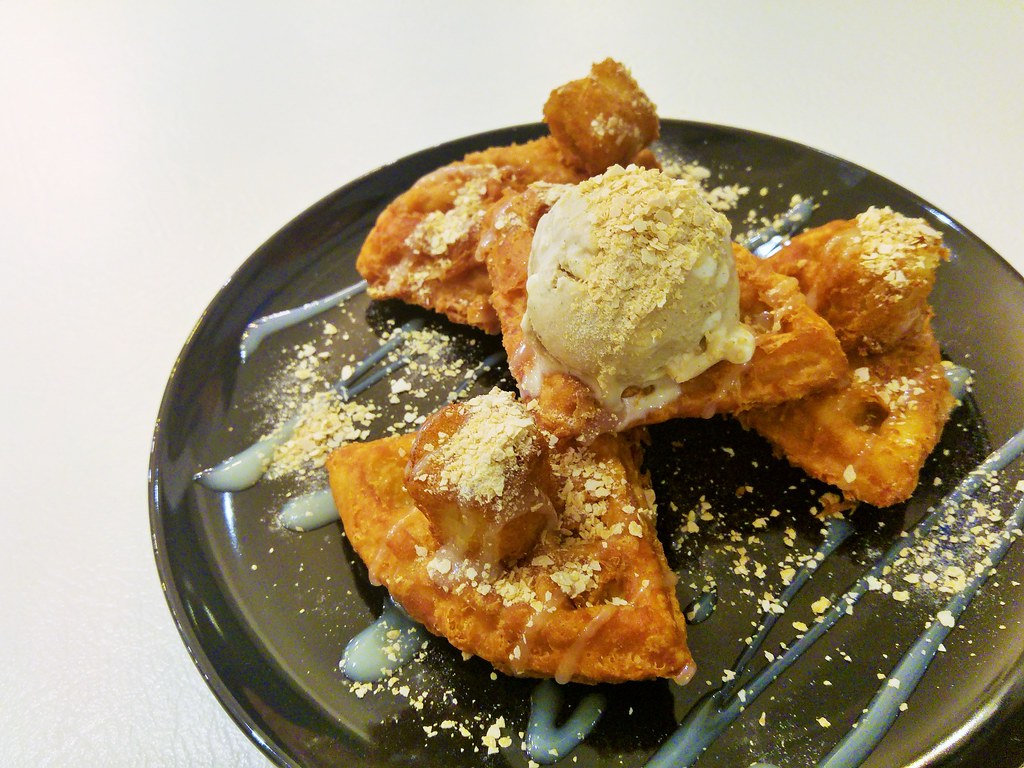 It was at Big Hotel when Froth became famous with their Taro waffles. For dessert, we have French Toast Waffles ($16.90) instead, with Toasted Marshmellows ice cream ($4.90). It came to us smelling like sizzling French Toast! I love the banana pisang, for that natural, comforting sweetness which oozed from the thin crispy crust upon every bite. The corners of the waffles, after being coated and fried in their French toast batter, was even crisper with a much fuller mouth feel than a regular waffle. The gourmet ice cream is a must have, as it brought everything together. However, for such stodgy waffles, the ratio of its accompaniments didn't seem right. The portion of ice cream and bananas were only enough to serve perhaps 2 waffles, at most. 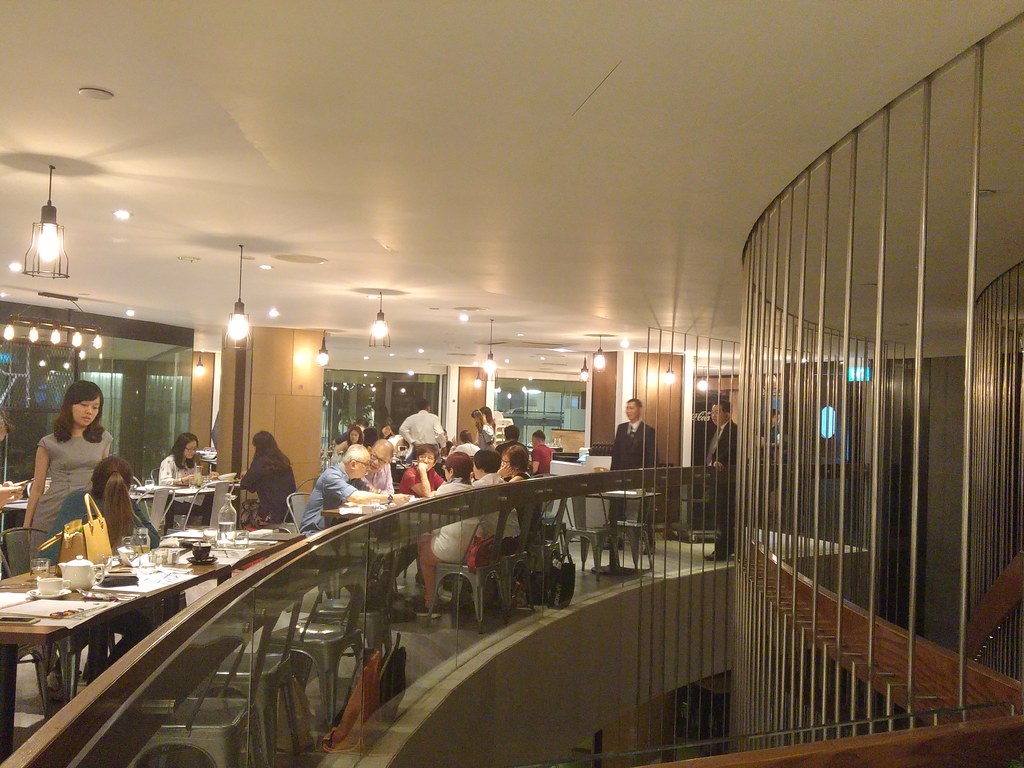 Overall, some hits and misses. That aside, I couldn't quite put my finger on Froth's identity. Is it supposed to be a casual, café bistro dining like back at Big Hotel, or a more upscale one, like the predecessor of this place, The Royal Mail? Perhaps, there is a need to fine tune the menu slightly, for it to sit comfortably in its new home.﻿

Direction:
1) Alight at Raffles Place MRT station. Take Exit I. Walk to destination. Journey time about 3 minutes. [Map]
Posted by chen si an at 7:00 AM