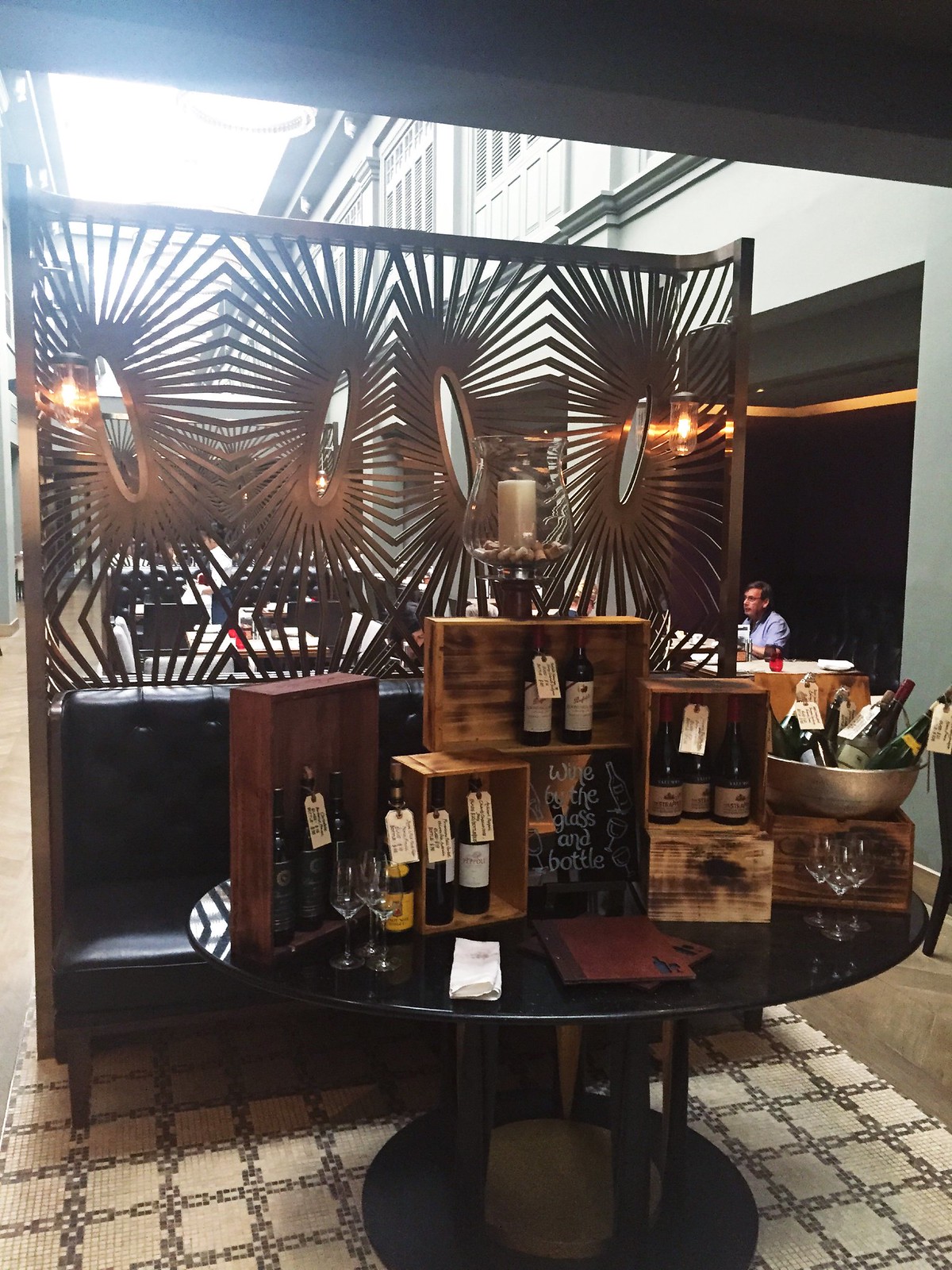 When I was told about the invite to Ash & Elm, my first instinct - sight unseen - was, I’m afraid, not very charitable. A restaurant that doesn’t seem to have realised its name would inevitably be acronymised into a hospital department? That’s not particularly encouraging. But then I go, of course, because there’s food, and what I’m taken around to see quickly changes my mind.

Ash & Elm, which serves double duty as the Intercontinental’s guest breakfast area, is a quietly good looking place - wood and bronze tones, mostly, coupled with black. And a semi-buffet lunch helps in that respect. Because we need to face it - buffets can be unsightly, ugly affairs, what with the queues and the half-empty pots and people rummaging around for a fried prawn whose head hasn’t come off during serving.

At Ash & Elm, though, there’s none of that. The buffet itself, for $38, is exclusively the dainty and pretty things - charcuterie and cheese, salads, and desserts around a chocolate fountain. For $10 more, you get to choose a main course from a list that’s mostly centred around the charcoal grill in the kitchen. 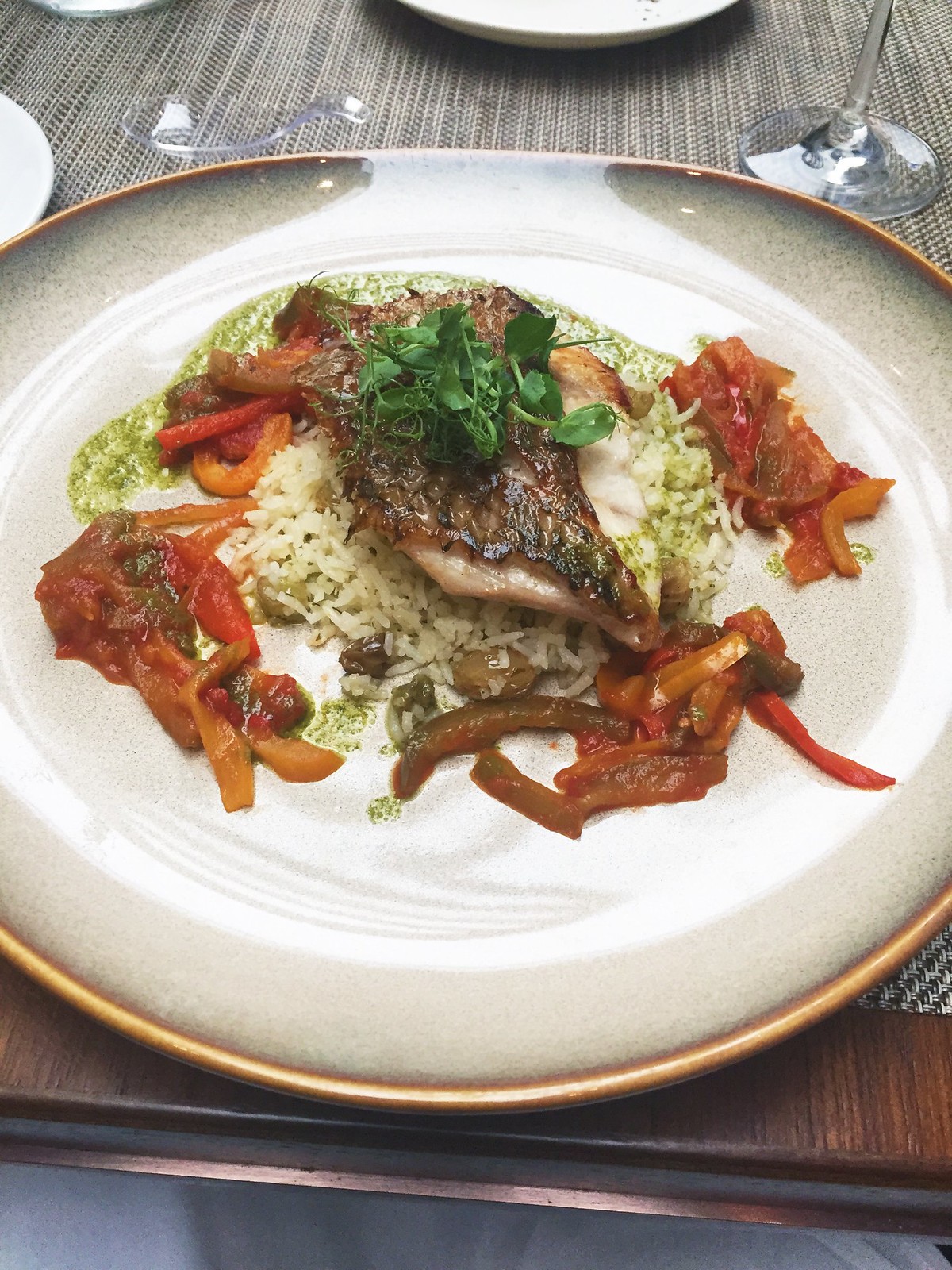 Ash & Elm presents their Snapper with hardly any adornment or seasoning. All that counts is the freshness of the fish itself, the fragrance of seawater without muddiness, and the power of the grill which chars and crisps the skin but leaves the flesh chunky and juicy. Pesto matches well, though a tomato-based sauce is a little too tangy and dominates the fish and pilaf rice. 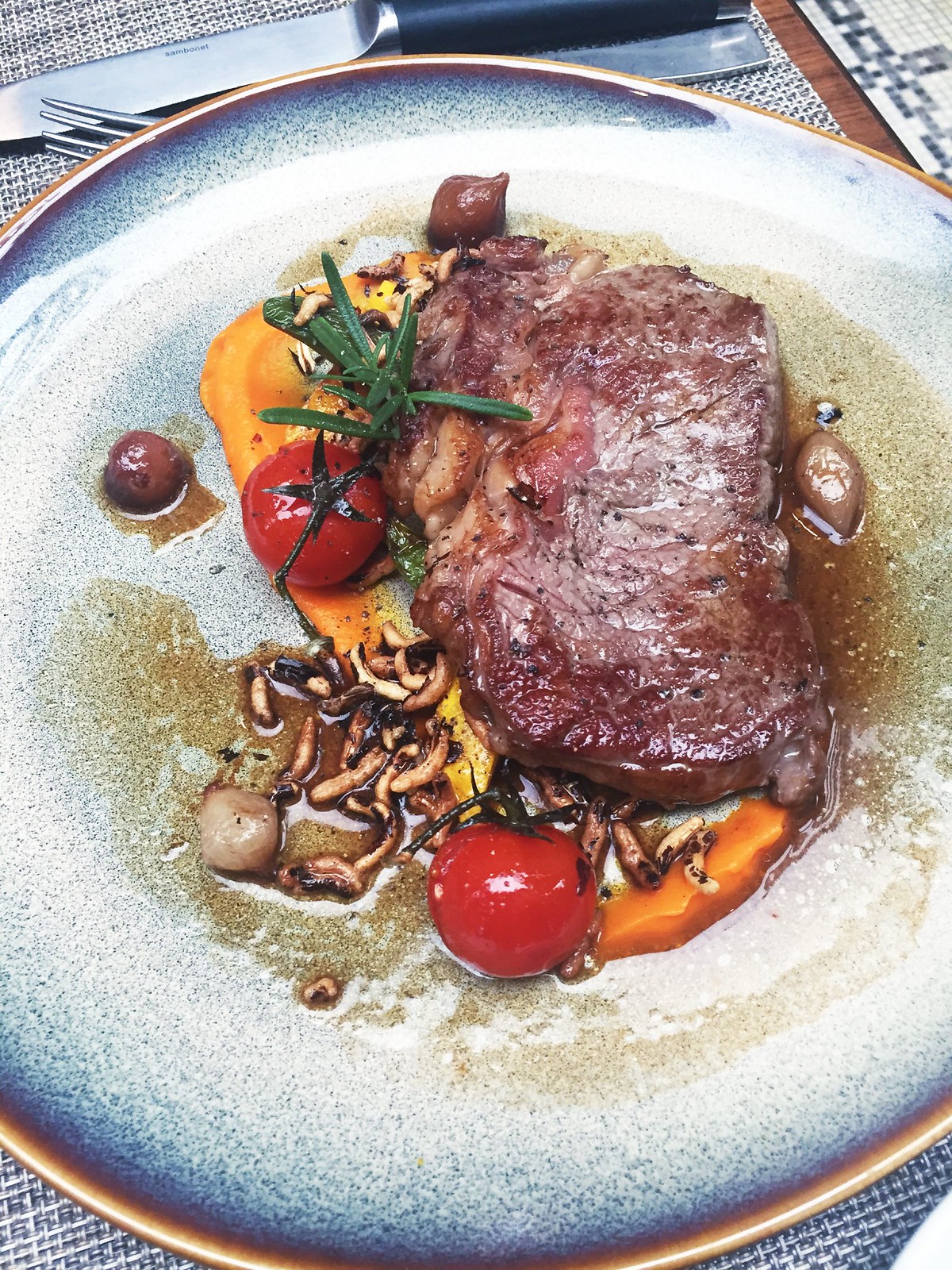 The pal’s Angus Rib-Eye actually comes in looking rather unimpressive, but it’s a better display of the chefs’ skills at the grill. Despite being thinly cut (though still substantial), the steak is evenly medium rare, a sliver of burgundy running through its core. And while there is no visible char, the gleaming surface is full of flavour - from charcoal, but also from the wood chips scattered on the charcoal grill. It’s well worth the extra $10 for choosing it. 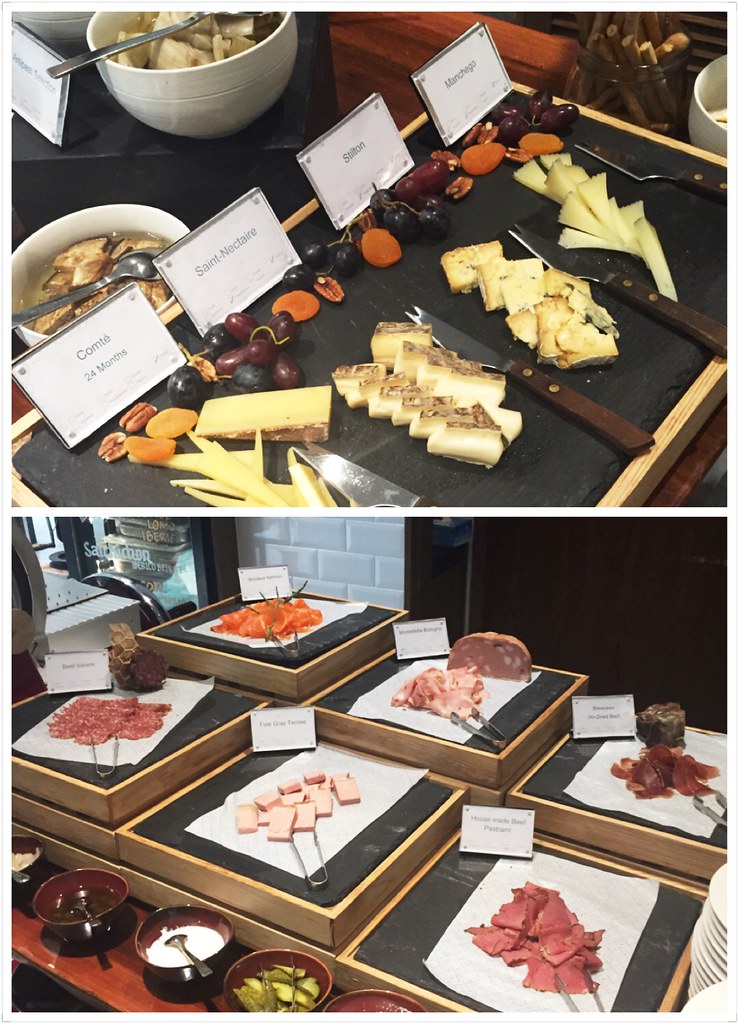 The Charcuterie and Cheese section is quite easy to miss, being the chilled walk-in just beside the entrance. Ash & Elm cures its own meats where possible, and most of them - from beautifully speckled salami to beef pastrami that stretches and melts in the mouth - are well worth having, as are the properly mould-suffused Stilton and milky, mineral Comté if you like your cheese rough. 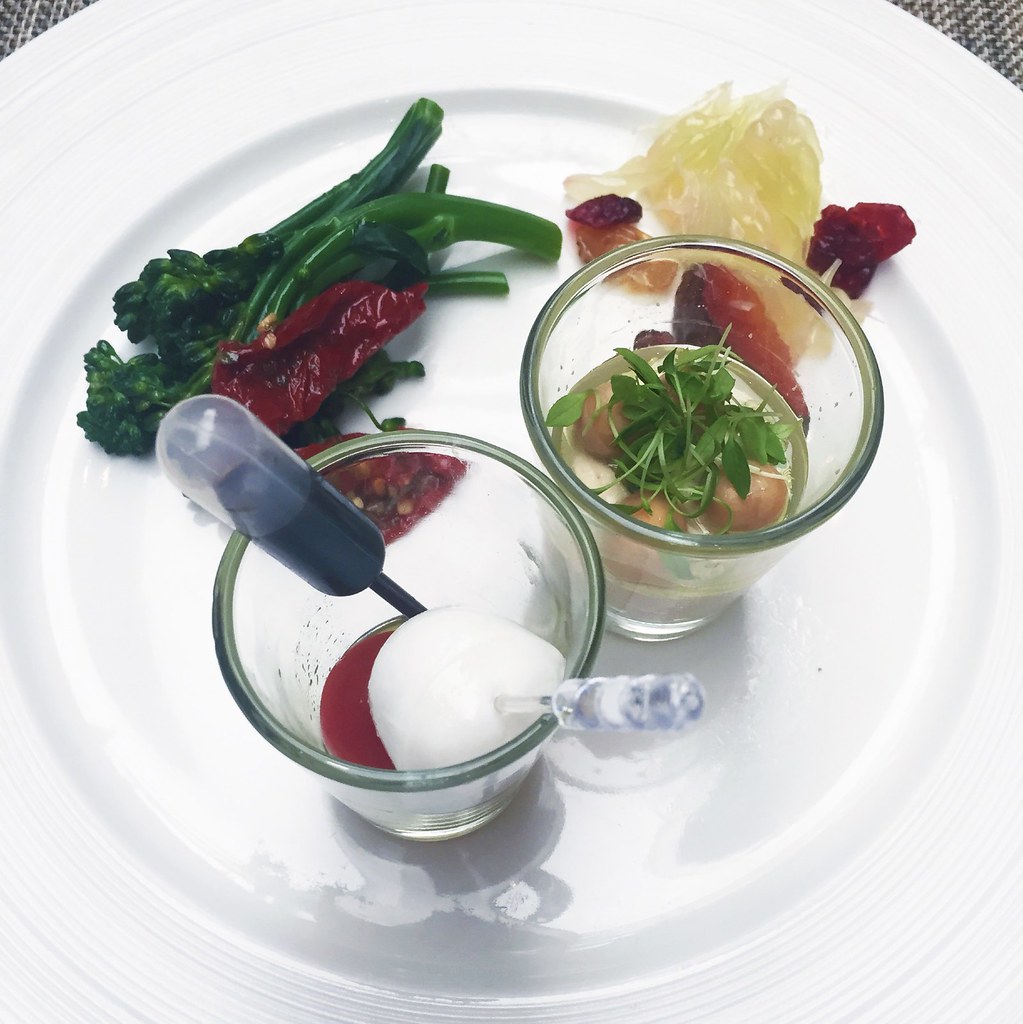 Salads tend to be relegated to last place in most buffets, but Ash & Elm give theirs pride of place on the black stone counters, and zhuzh them up properly too. The biggest hit is a little shot glass of an Italian classic - a cherry tomato nestling with mozzarella in mild, golden olive oil, with a pipette of balsamic. But there are other cooked options as well, and a place where you can make your own mix of greens and dressings. 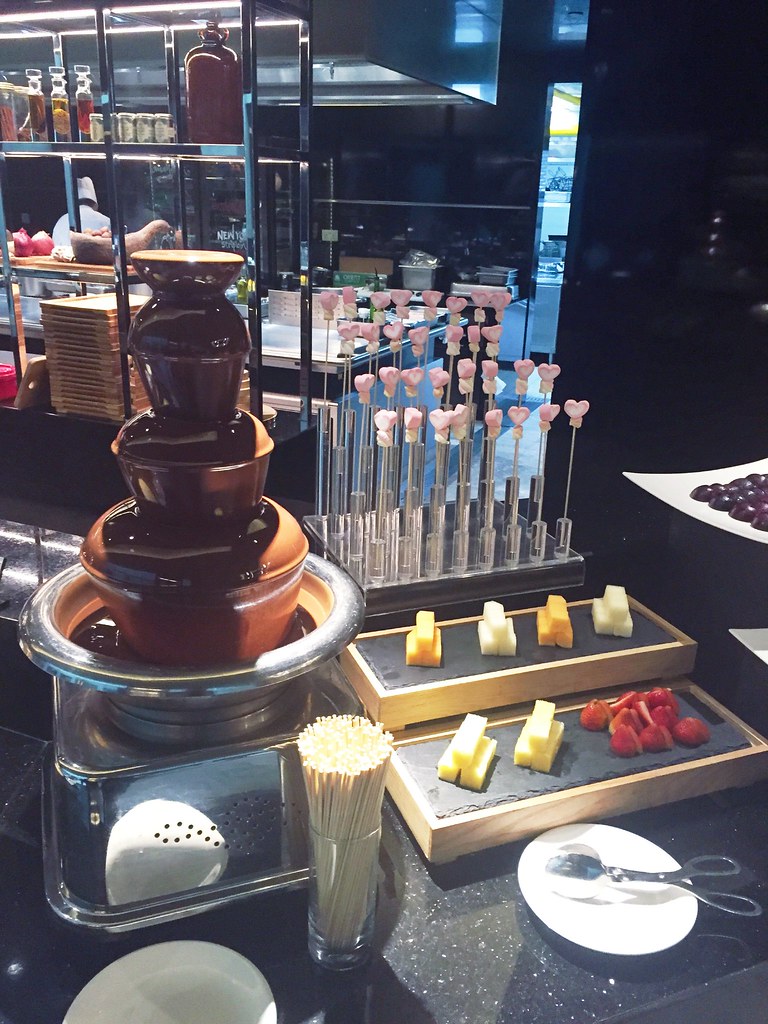 Desserts, on the other hand, are merely good - which means they don’t stand out as much, compared to the rest of the line-up. The pal thrills to the chocolate fountain, but my favourite is a pinkish tiramisu where the mascarpone whip surrounds the cake, the whole thing melting into a satisfying hit of coffee and eggs and cream. 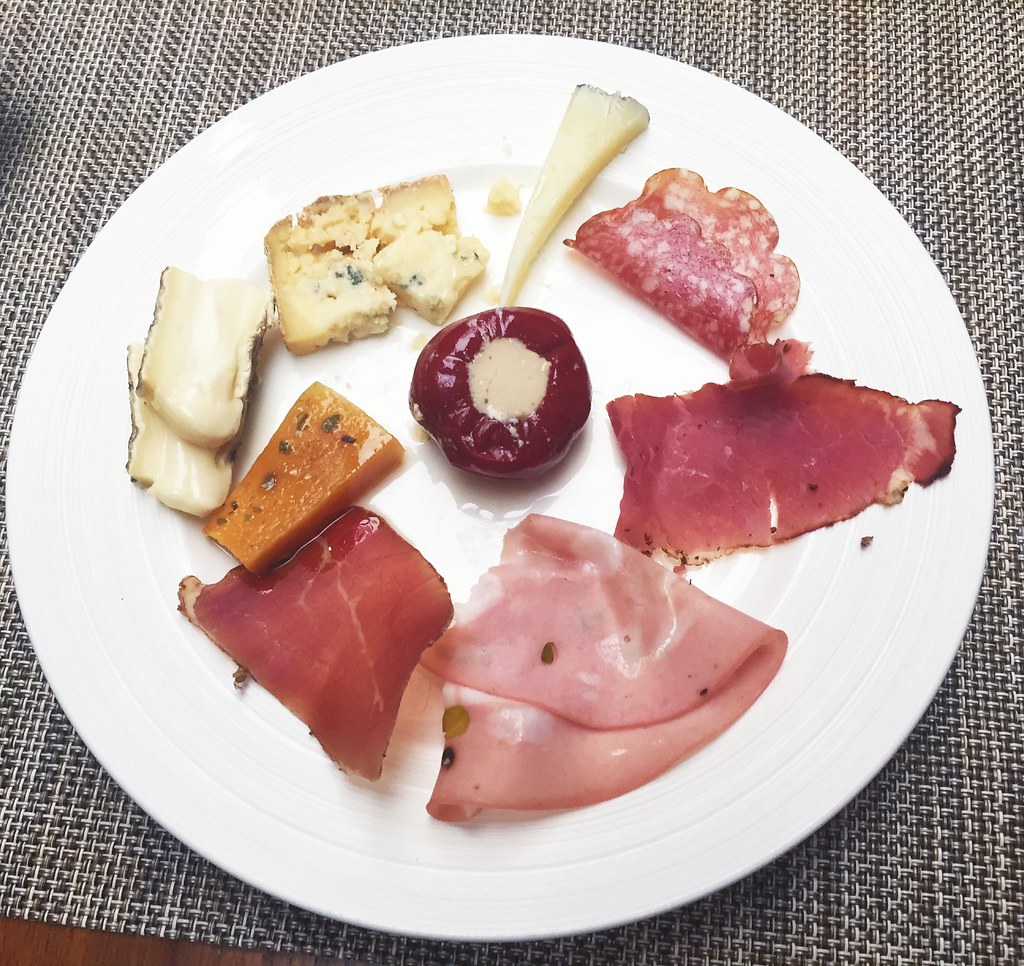 But the thing that really strikes me is how low-key and understated the whole affair is. The restaurant is not just sleekly arranged but also versatile, the buffet counters becoming bar seats for the dinner service. And the breakfast run around an open kitchen concept where you order the dishes directly from the cooks.

As with every buffet, there is the risk of having a wide range of dishes but no real focus or quality, but this place generally avoids the problem with the simplest of solutions - by working hard at the details in the looks and taste of their dishes. Cure your meats well, have a powerful grill and people trained to work it, and arrange things in a generally pretty way. That’s the idea Ash & Elm have - and it’s a steady, solid idea.