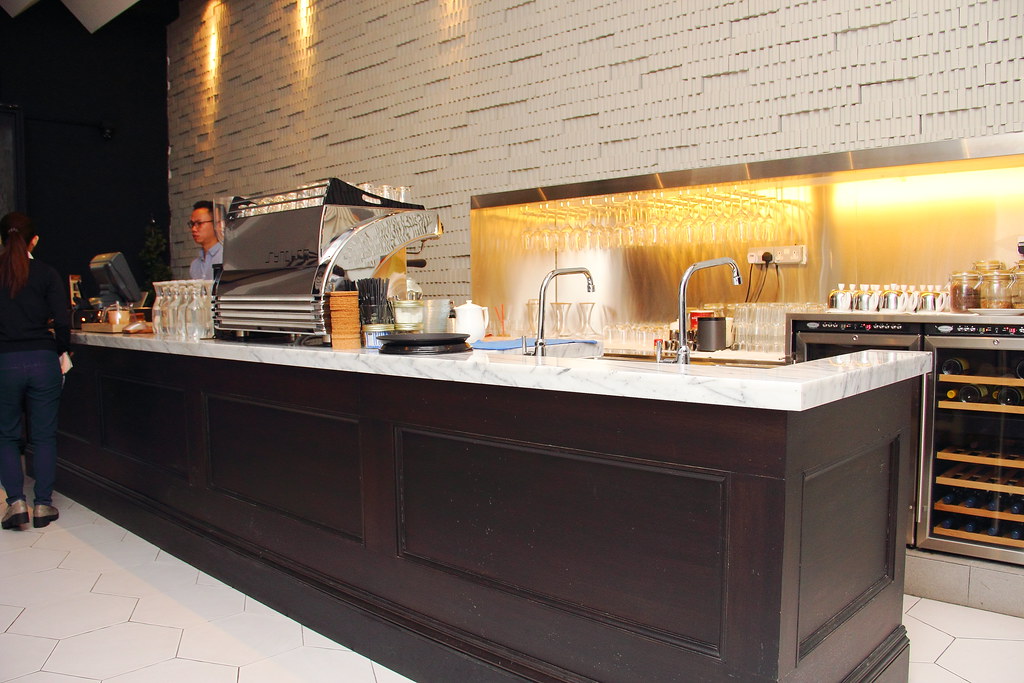 Sometimes, all it takes is just a sprig of herbs to bring a dish up a notch. That is what Sprigs aspires to - to convey a sense of simplicity which a touch of sophiscation and refinement in the small details. Located at Purvis Street, its design is relatively quiet compared to its neighbours, which I feel makes it a good option for diners who are looking for somewhere more quaint and chill at this area. 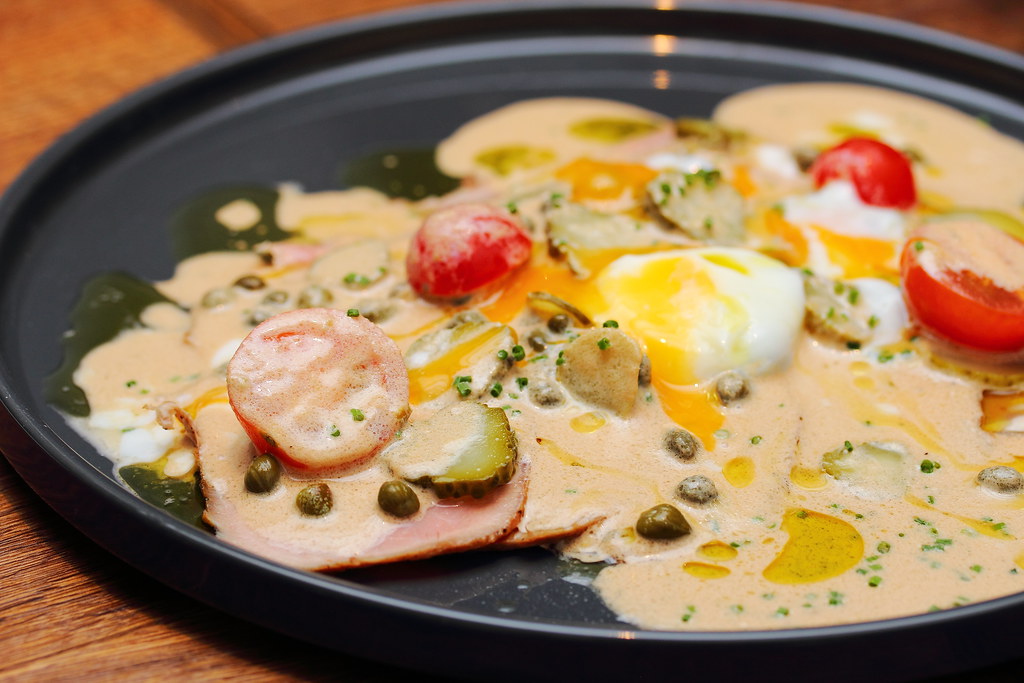 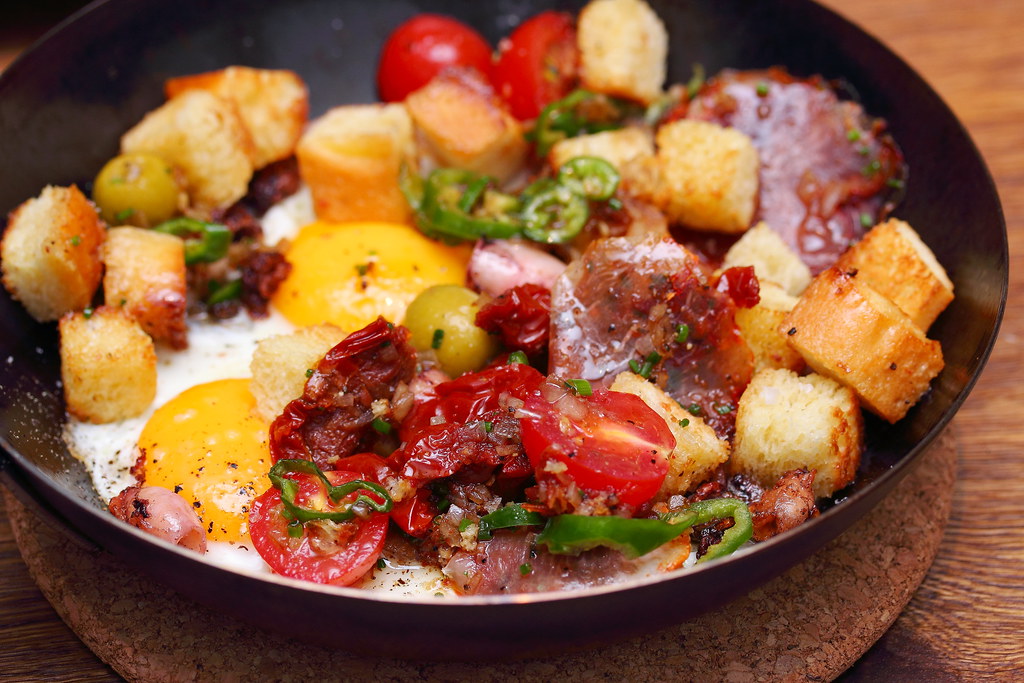 Its new menu has assimilated a more adventurous flair to its rustic European demeanour, which is rather evident in both their starters - Roasted Vel Carpaccio ($22) and Baby Squid 'A la Placha' ($22).  Although the roasted veal were thinly sliced, its luscious texture remains, and was further aided by the creamy tuna-favoured tonnato sauce seeping and egg confit atop.  However, I very much prefer the latter. A Spanish dish with baby squid served on Sunny side up, along with toasty crumbs and lomo iberico, not only it is textually more exciting, it also has more layers of flavour. Although it looks kind of bits and pieces, I find every spoonful of it really yummy, especially the crispy squid bits. 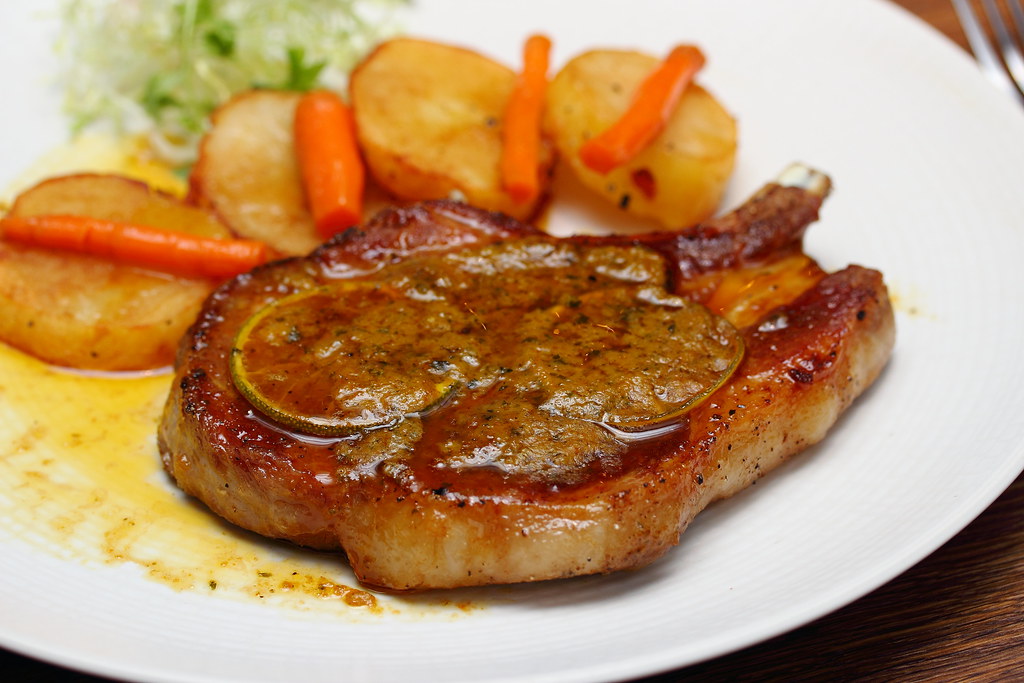 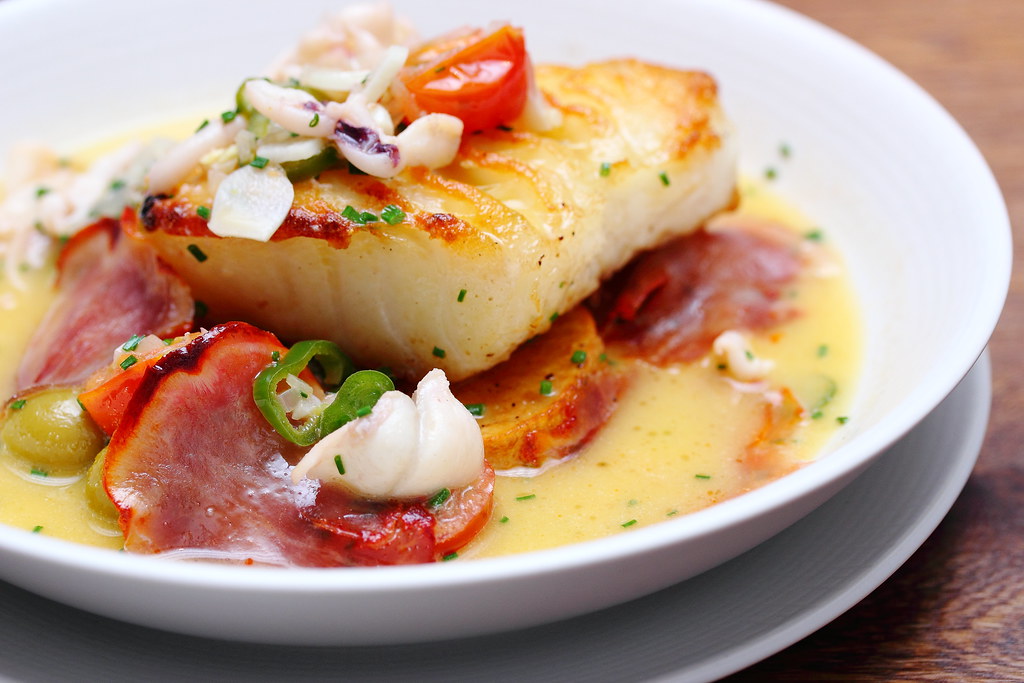 Moving on to mains, the Chilean Seabass ($40++) is my favourite. The fish was very well done, which was tender with a nicely crisp side. The tangy sauce vierge (a French sauce) goes really well with its buttery texture, and the lomo iberico complements its mild flavour as well. Second to that would be its Black Bershire Pock Chop ($45). I love its juiciness and rich flavour, which was well balanced by the use of butter lime sauce. 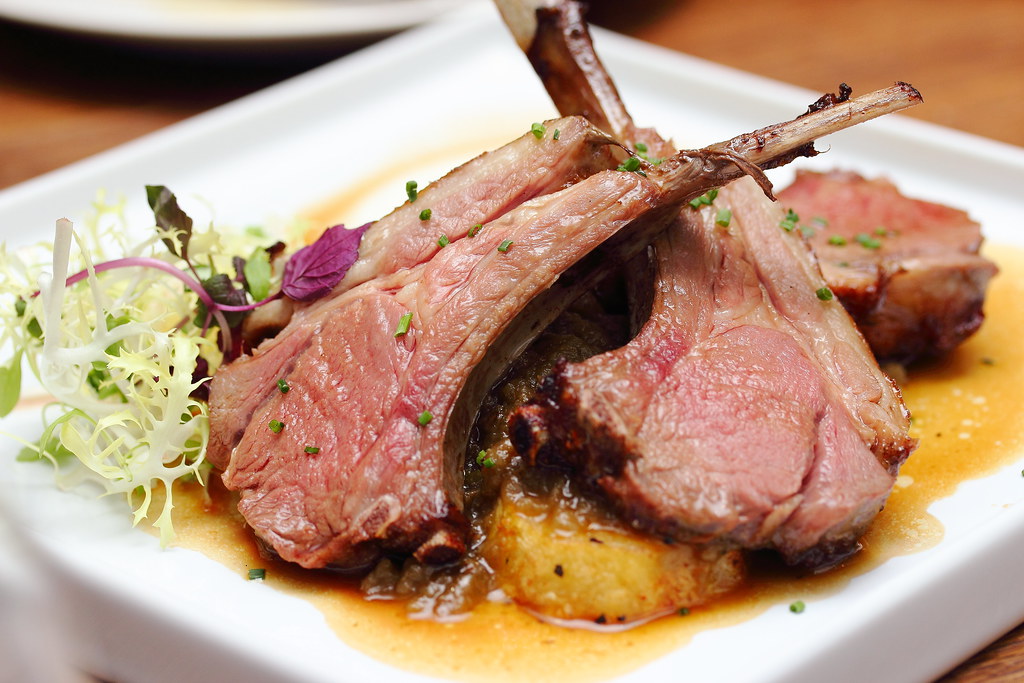 As for the New Zealand Rack of Lamb ($38) dish, it is just too heavy for me. I don't think that the spicy Aubergine Cavier and the Au Jus are good accompaniments to the meat at all. 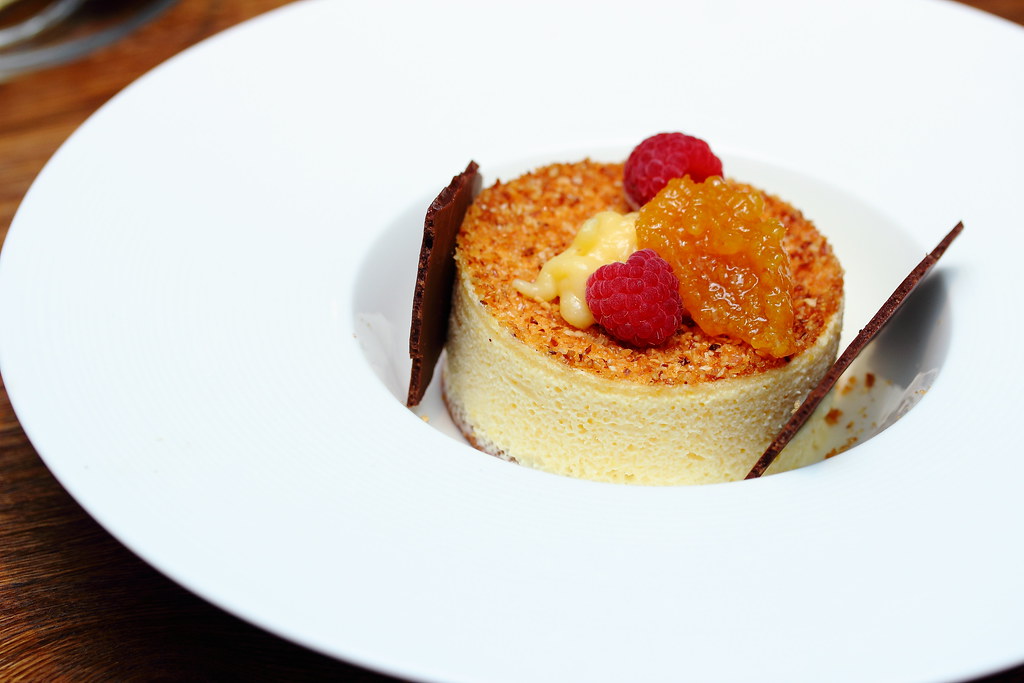 I had one of the most delightful savoury desserts of all time! Tete De Moine Cheese ($12), a savoury dessert crafted using a dessert cheese from Switzerland. Shaved into delicate rosette in front of you, they are then being placed onto the toast which is served with quince paste. The dessert cheese is so light that it kind of melted in my mouth along with the buttery toast. The quince paste was so yummy that I thought it was made in house. As for the Frozen Mandarin Souffle ($12), it was tangy and refreshing, but I find it a little too sweet. 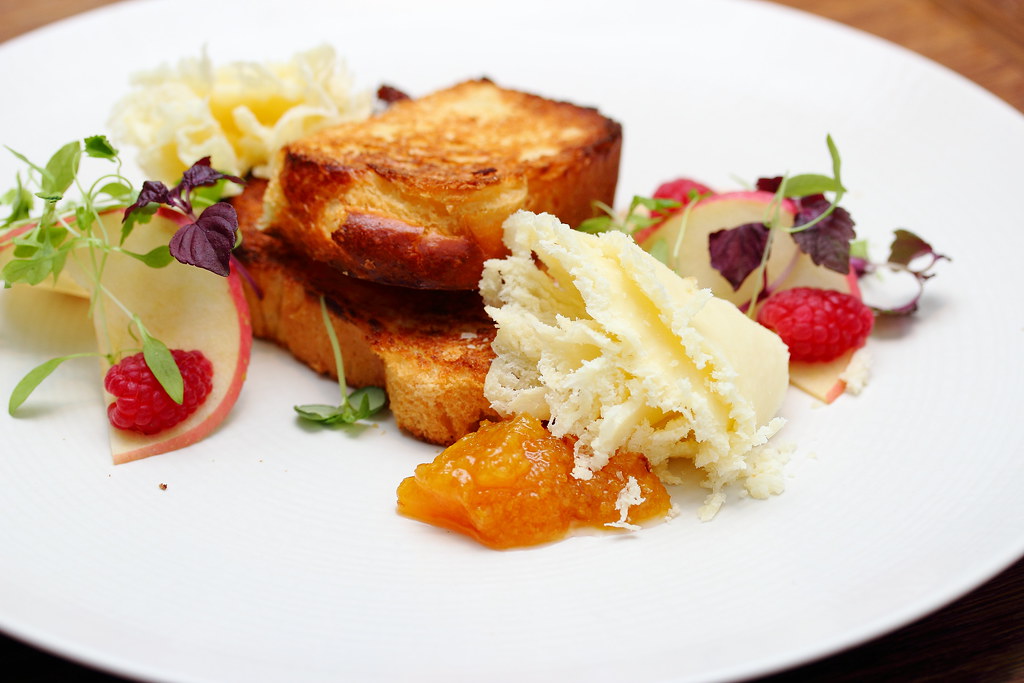 To be honest, I find the pricing slightly too steep. That said, from starters to desserts, there is no doubt to Sprigs' standard and quality of its team. However, its identity may need some strengthening so as to stand out from its "much louder" neighbours along Purvis Street.

Written by Si An. A girl who is allured by travelling, loves the feel of freedom, smell of rain and the aroma of fine coffee and food.