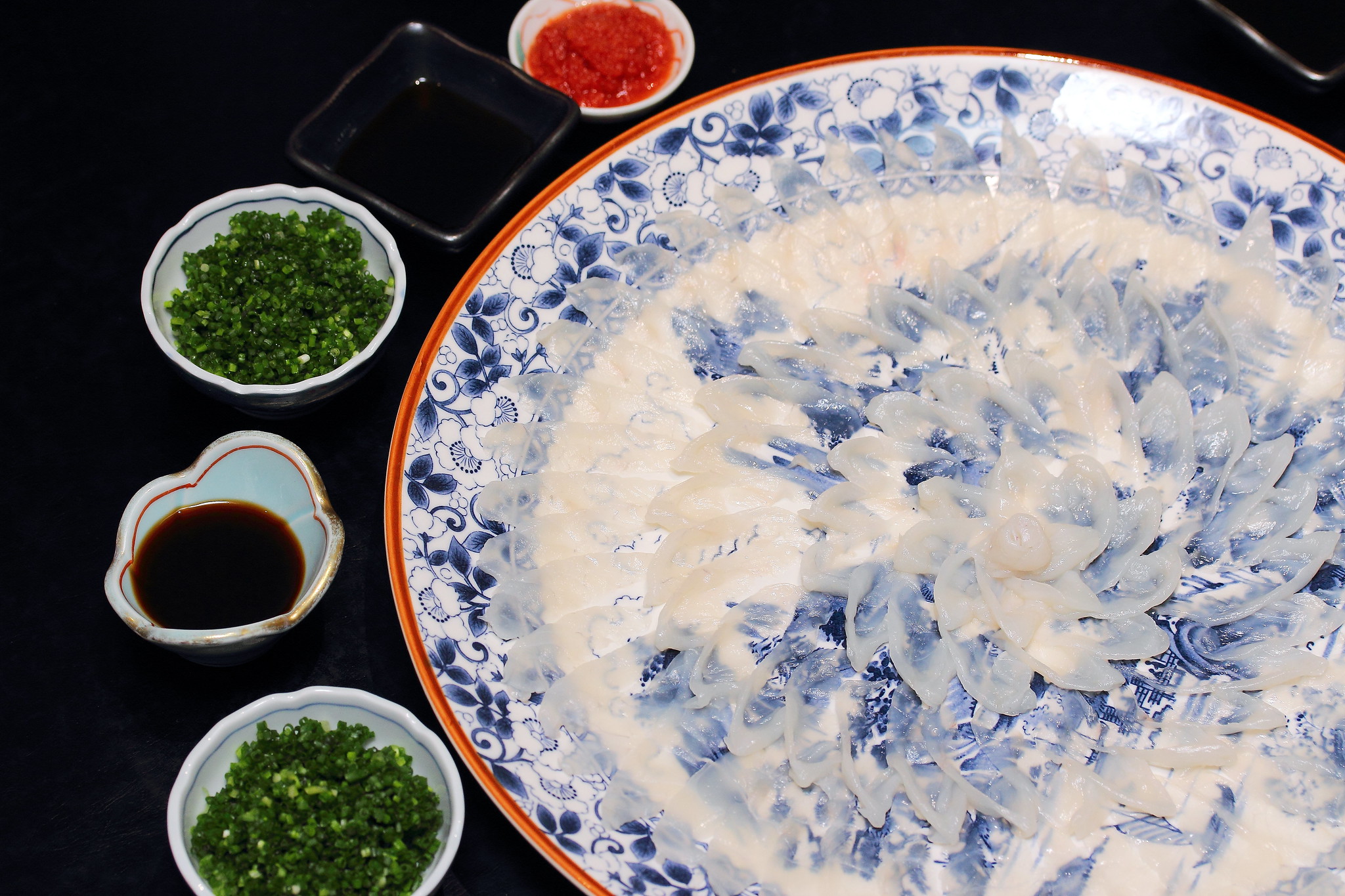 Fuku Fine Kaiseki Restaurant is the first ever restaurant specializes in fugu or better known as pufferfish to be opened in Asia, outside Japan. Located at Mohamed Sultan Road, the restaurant imported the highest grade fugu, known as Torafugu or Tiger Pufferfish among the 20 edible species. These prized catch are flown in twice a week from Shimonoseki. 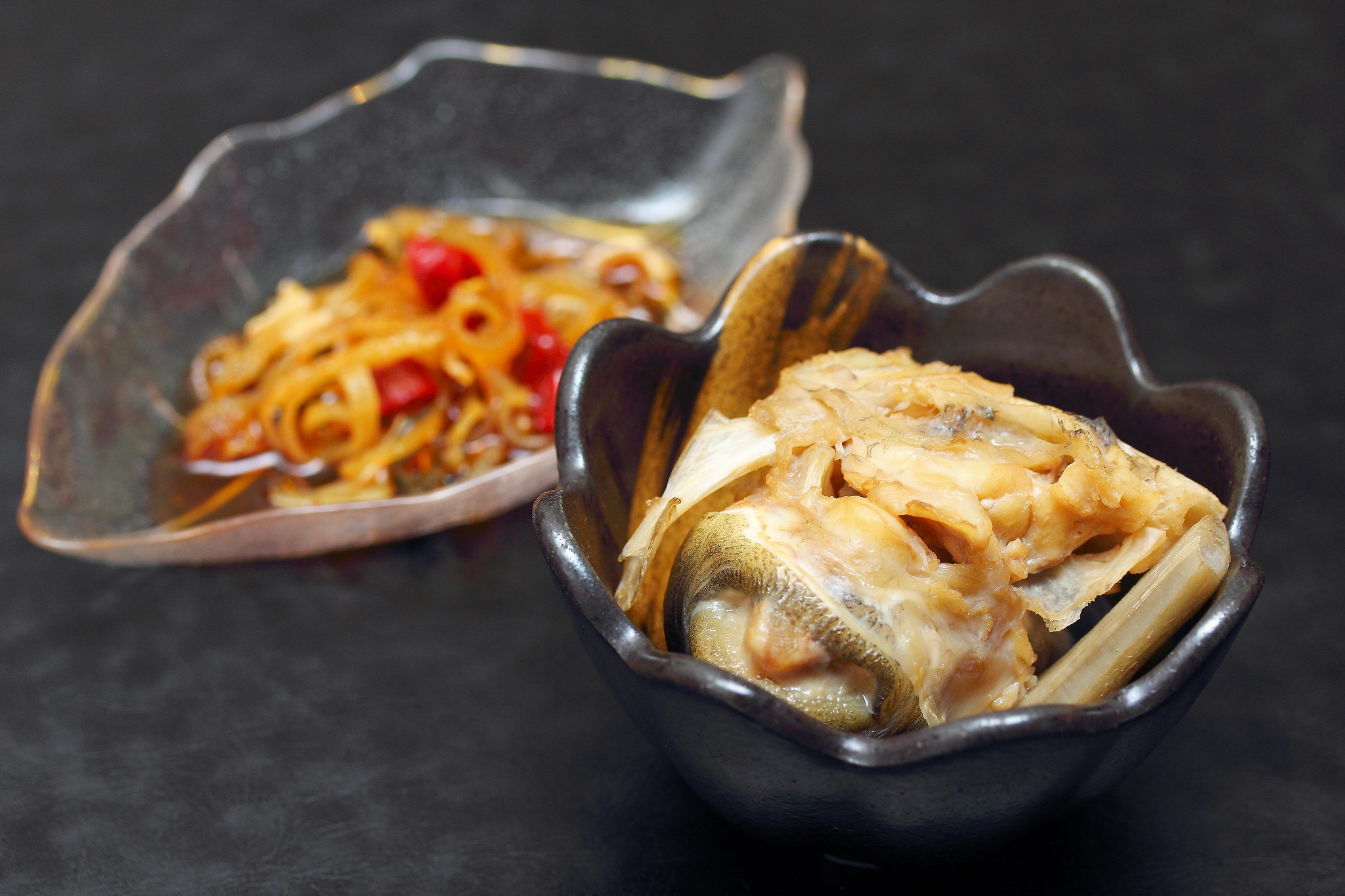 The dinner started with the Appertizer and Gelatine Meat. The fugu skin tossed in a delectable sauce comes with a nice crunchy bite to whet up the appetite. I also enjoyed sucking the gelatine meat of the fugu head and cheek but it is quite boney, hence not suitable for kid. 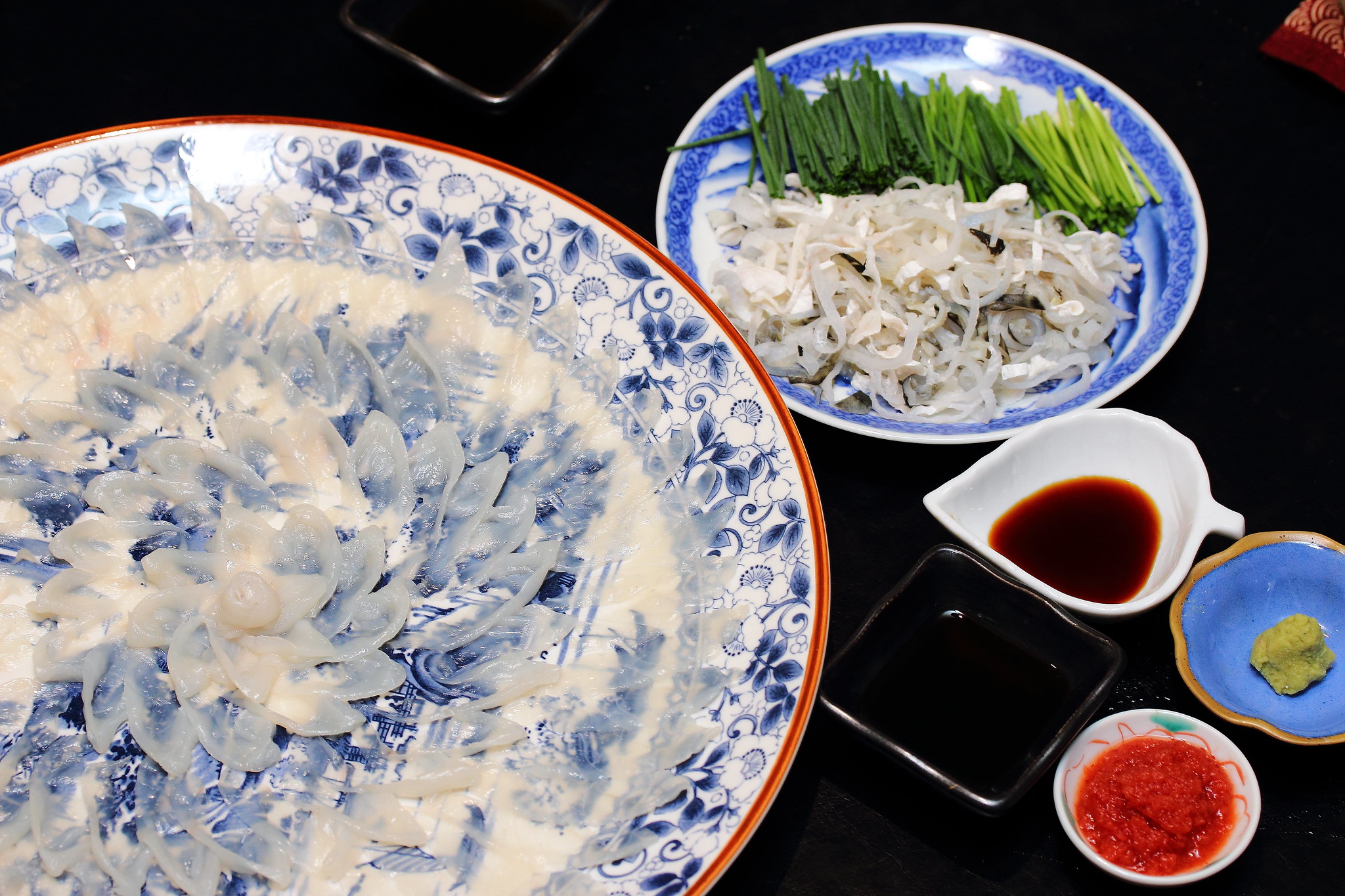 The highlight of the dinner has to be the Fugu Sashimi and Lightly Boiled Fugu Skin. Fugu is known for its low fat and high protein content. Hence there is no harm having more of it. The thinly sliced pufferfish sashimi has a clean taste to it with a slight rubbery texture. This is best enjoyed with the ponzu sauce. For the lightly boiled fugu skin, I was took to wrap it around some leeks to enjoy it. This comes with a more crunchy texture. 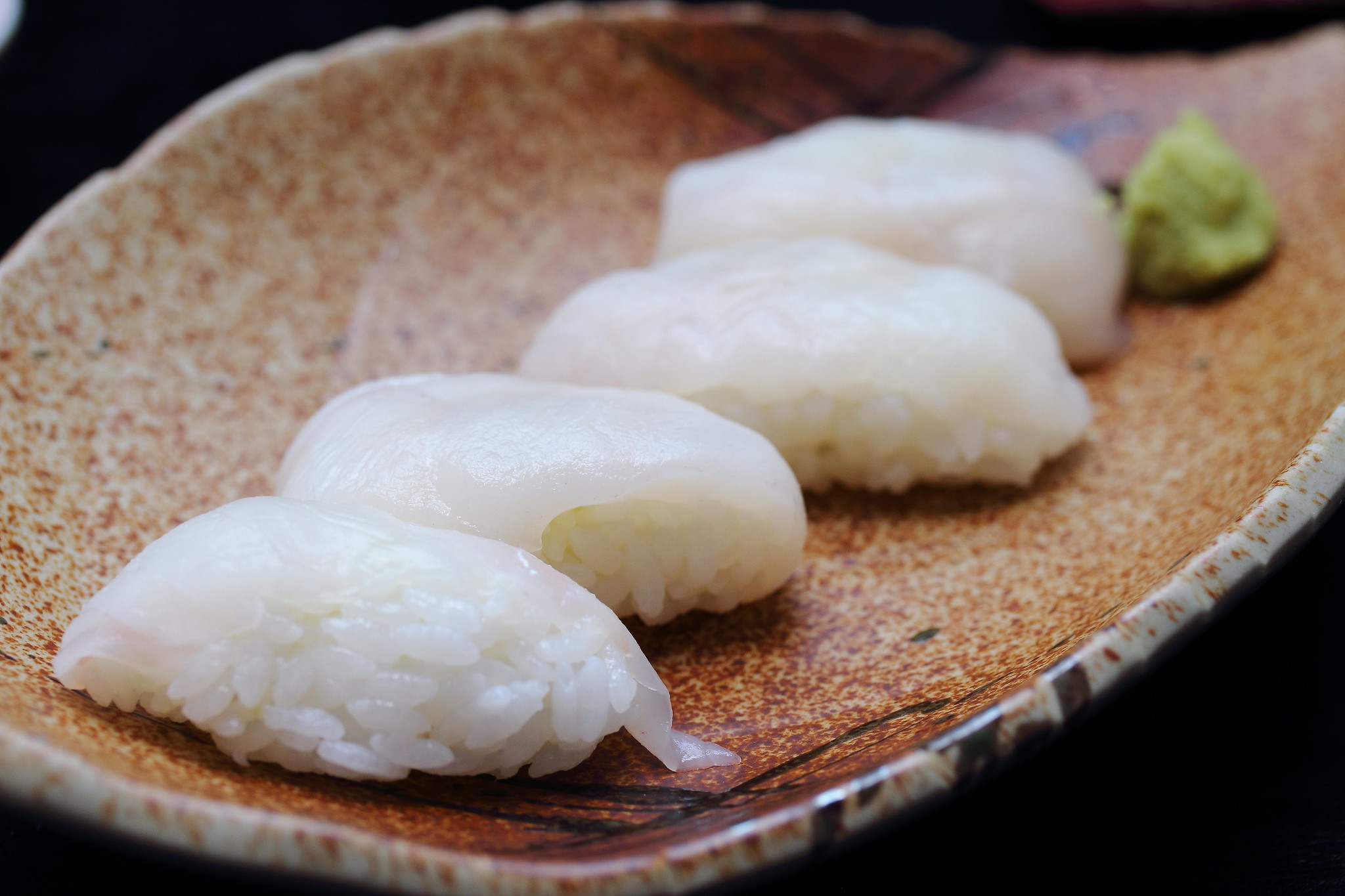 From the fugu sashimi and boiled fugu skin, we moved on to the Fugu Sushi. Besides the skillful knife skill of the chef, the different cuts of the fugu showcases how different texture brings out the different flavour of the fugu. The fugu sushi is actually quite similar to having the squid sushi exclude the slimy texture. 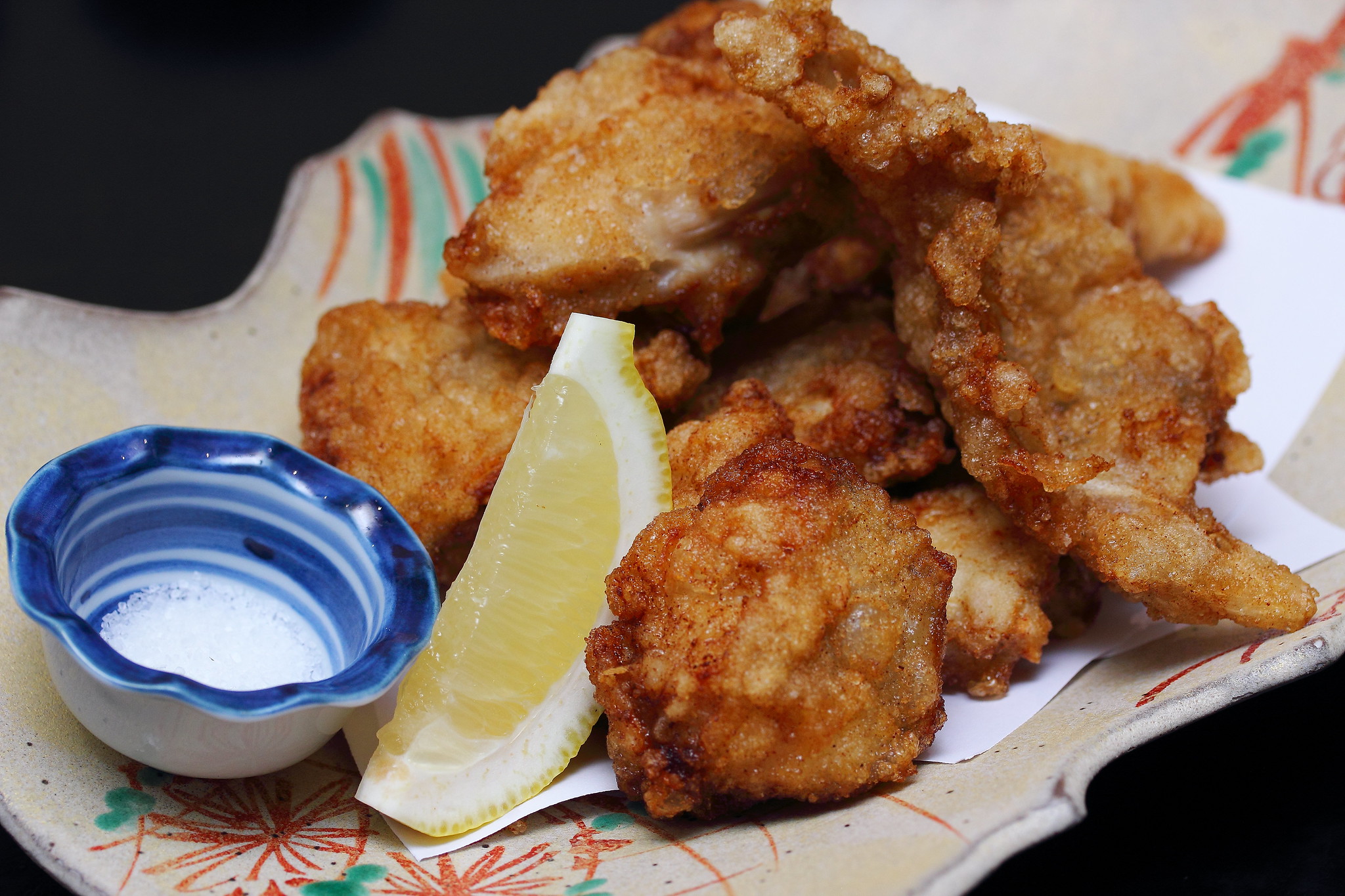 The seasoning and flavour of the Deep Fried Fugu is heavier and more robust. The whole execution feels like eating deep fried chicken karaage instead. 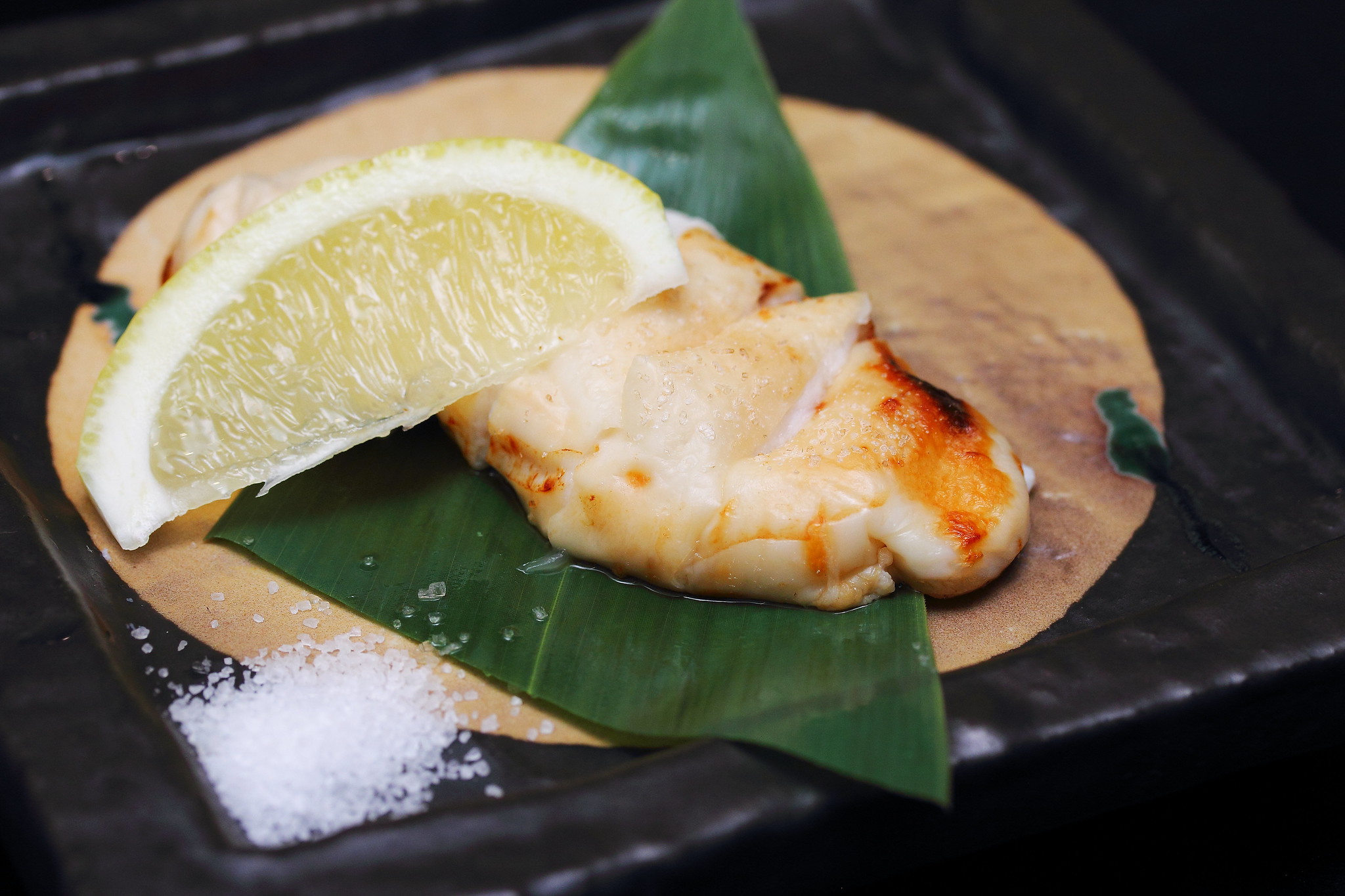 This Fugu Milt may be a bit exotic for some but I am all game to it. It is grilled and served with a lemon slice and salt. It has non of those gamey and comes with a creamy texture. However the execution was a bit on the salty side. 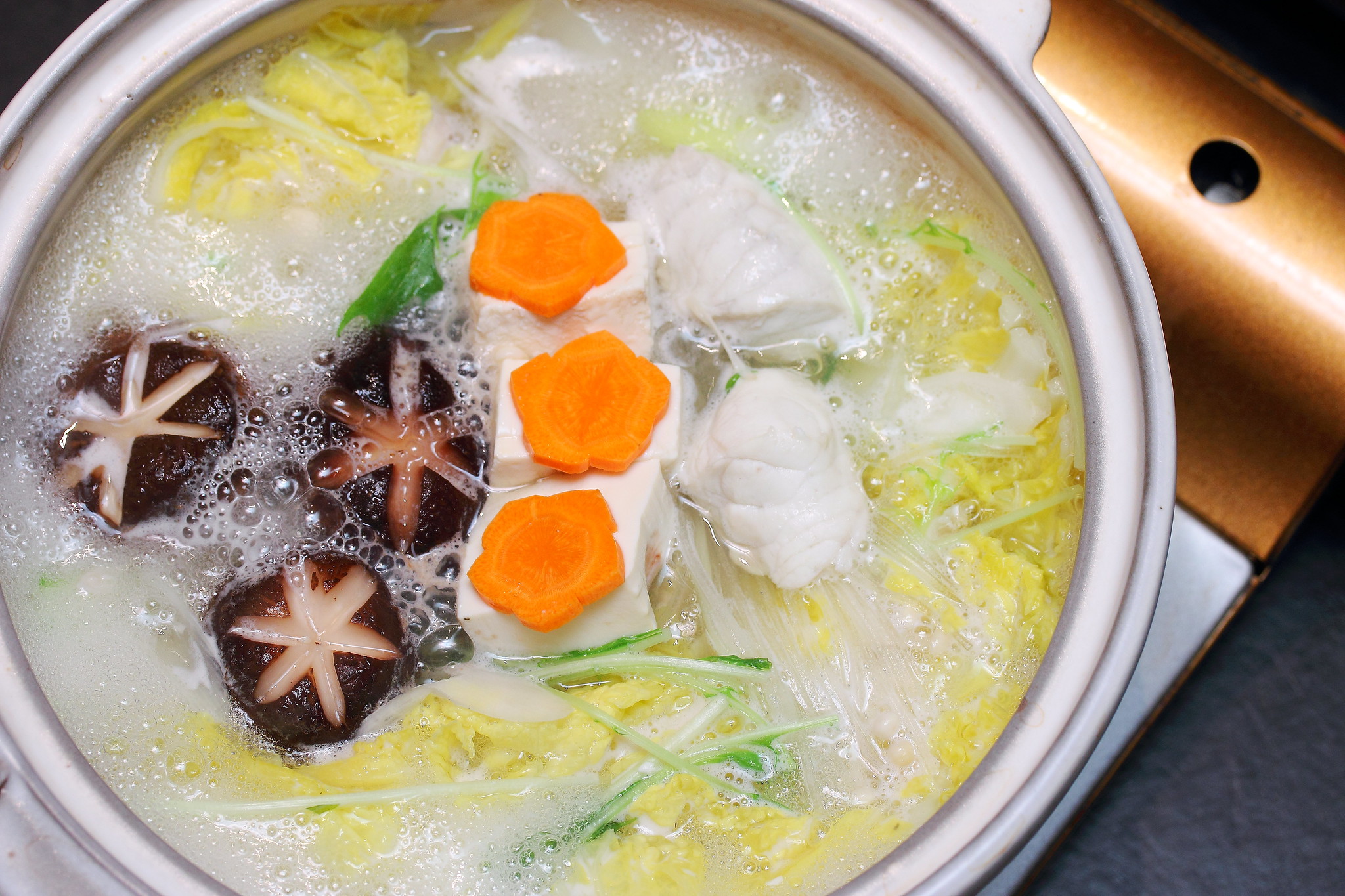 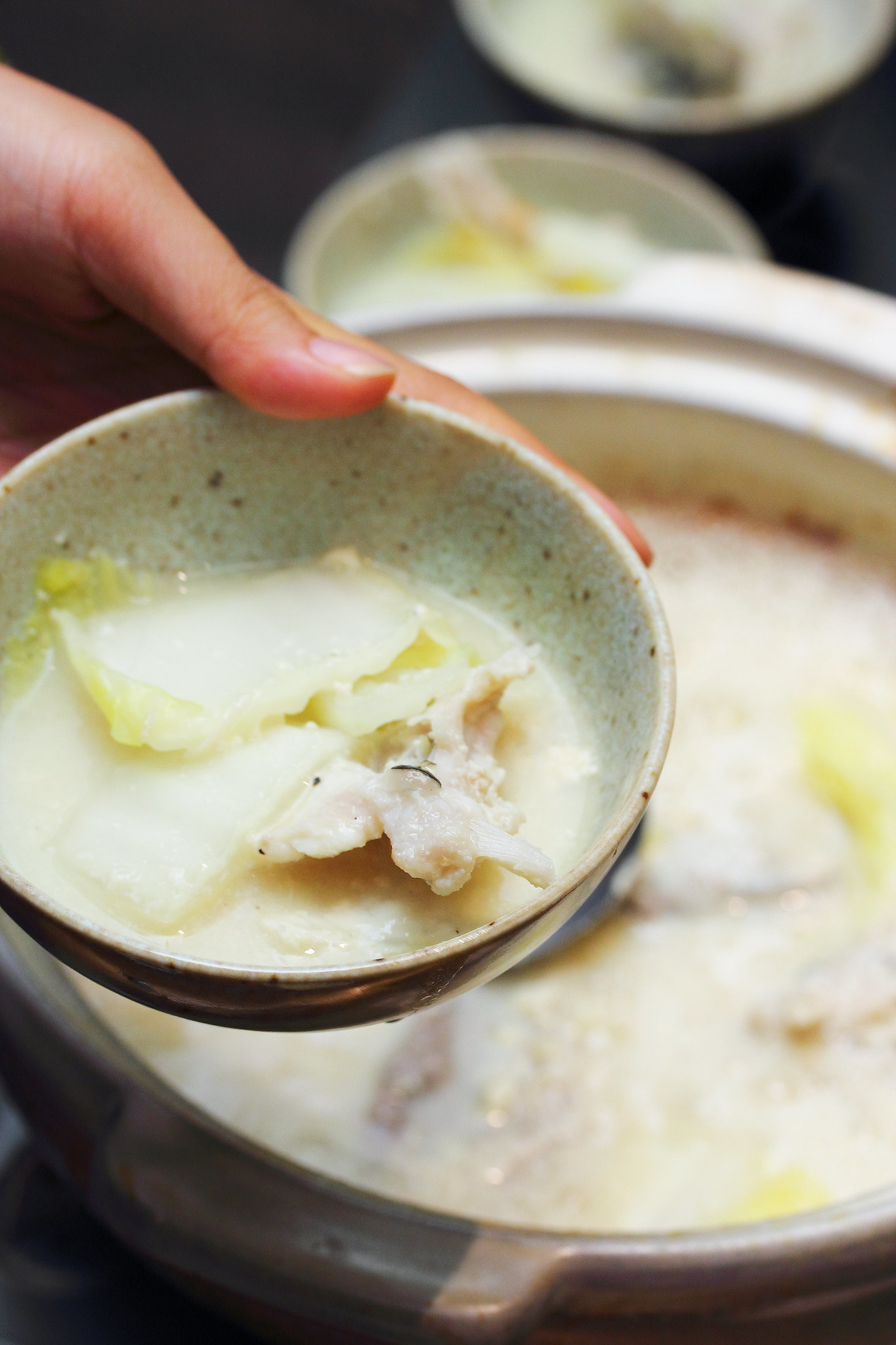 At Fuku, diners can also enjoy the exquisite Japanese delicacy over the Fugu Hotpot, at $70 per pot (for 1-2 pax). Currently it offers three different types of soup base. , traditional Konbu Soya Bean and Miso. I tried both the traditional tecchiri and soya bean soup base. I think the local will prefer the soya bean broth which is richer in flavour and has a nice thick creamy consistency. 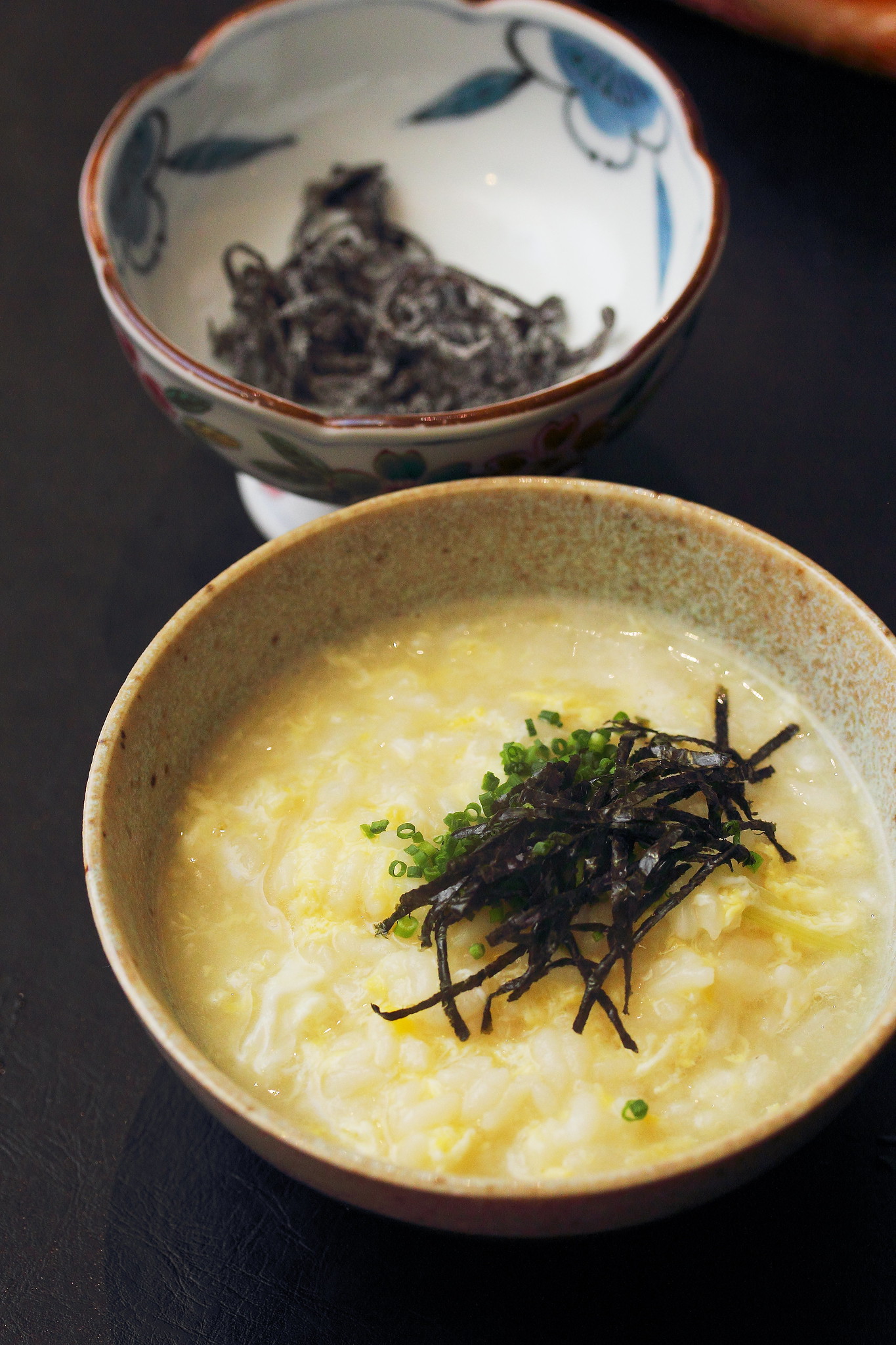 Pour some rice and an egg into the leftover broth and we have another dish, Fugu Porridge. The porridge carries the essence of the broth. This comforting bowl of fugu porridge is best eaten with some salted seaweed. 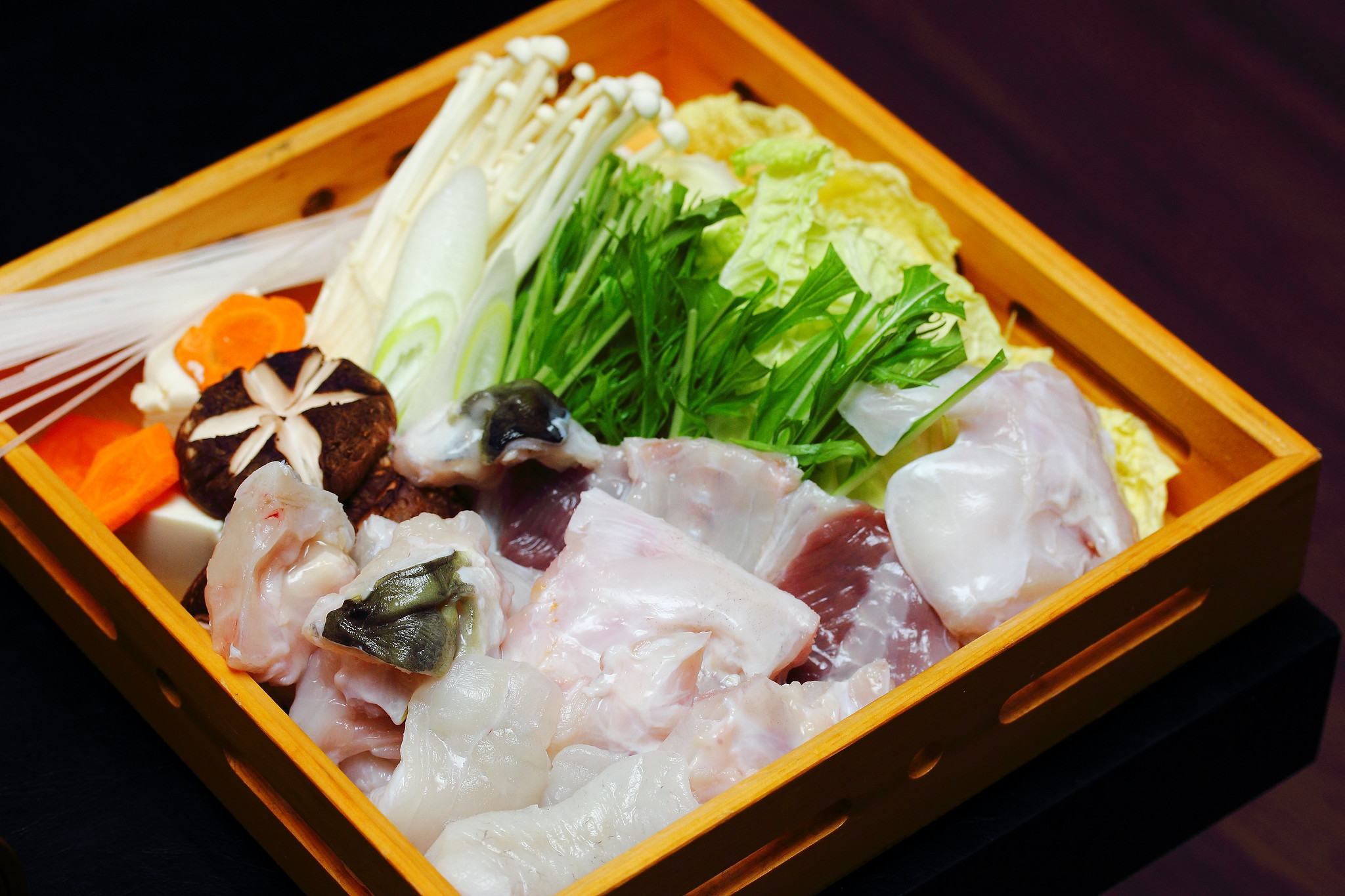 To try the different parts of the fugu, cooked in different ways, the Fugu Course Daikokuten ($250) which is good for up to 4 pax, allows one to do so. The courses include appetizer and gelatine meat, lightly boiled fugu skin, thiny sliced fugu sashimi, deep fried fugu, seasonal Japanese cooked dish, grilled or steamed milt, fugu hotpot with vegetables, fugu japanese style porridge and seasonal dessert. 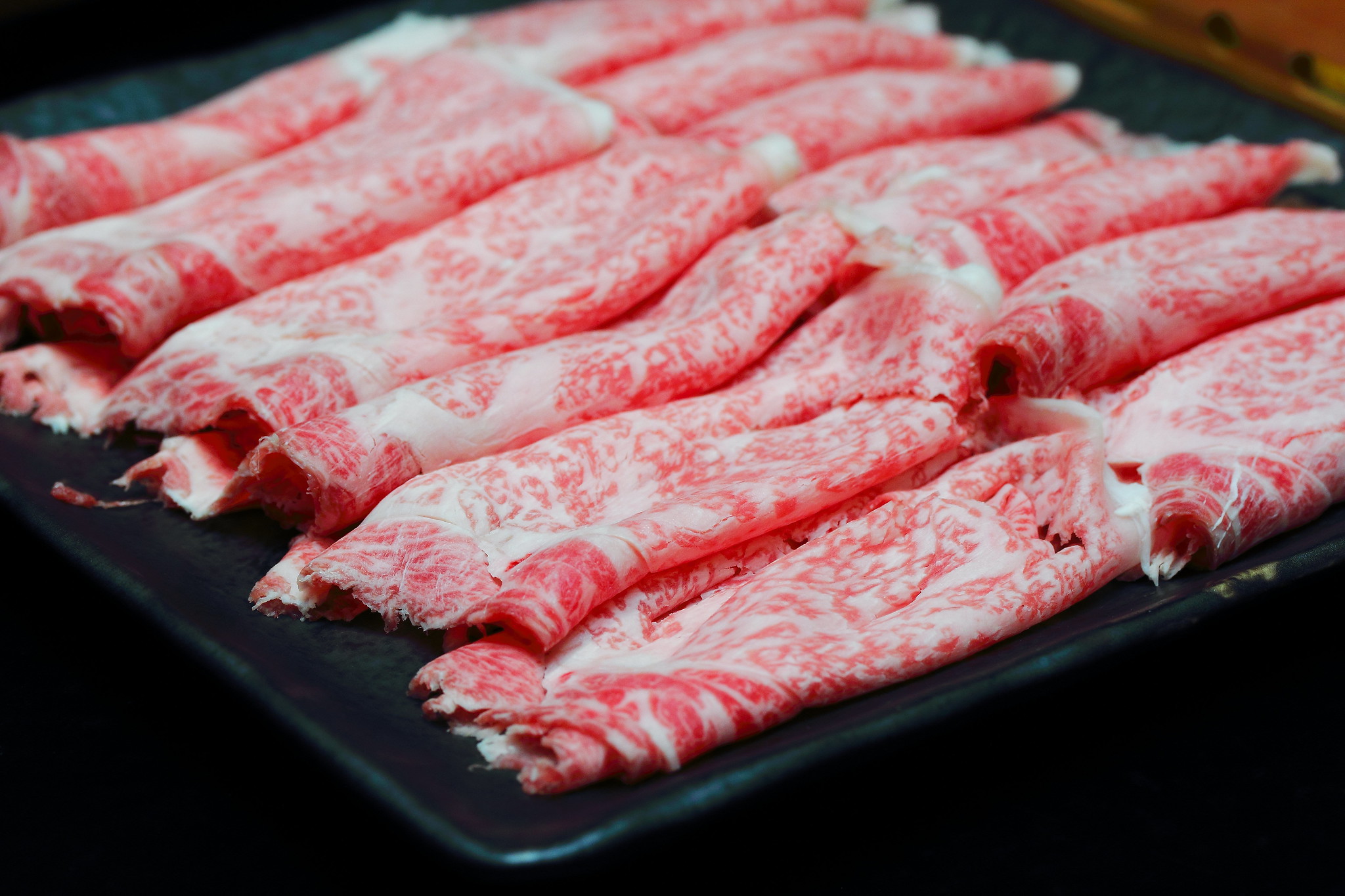 A new offering at Fuku is the Shabu Shabu Hotpot ($70) with A5 beef imported from Miyazaki, Japan. The beautiful marbled beef literally melted in the mouth. 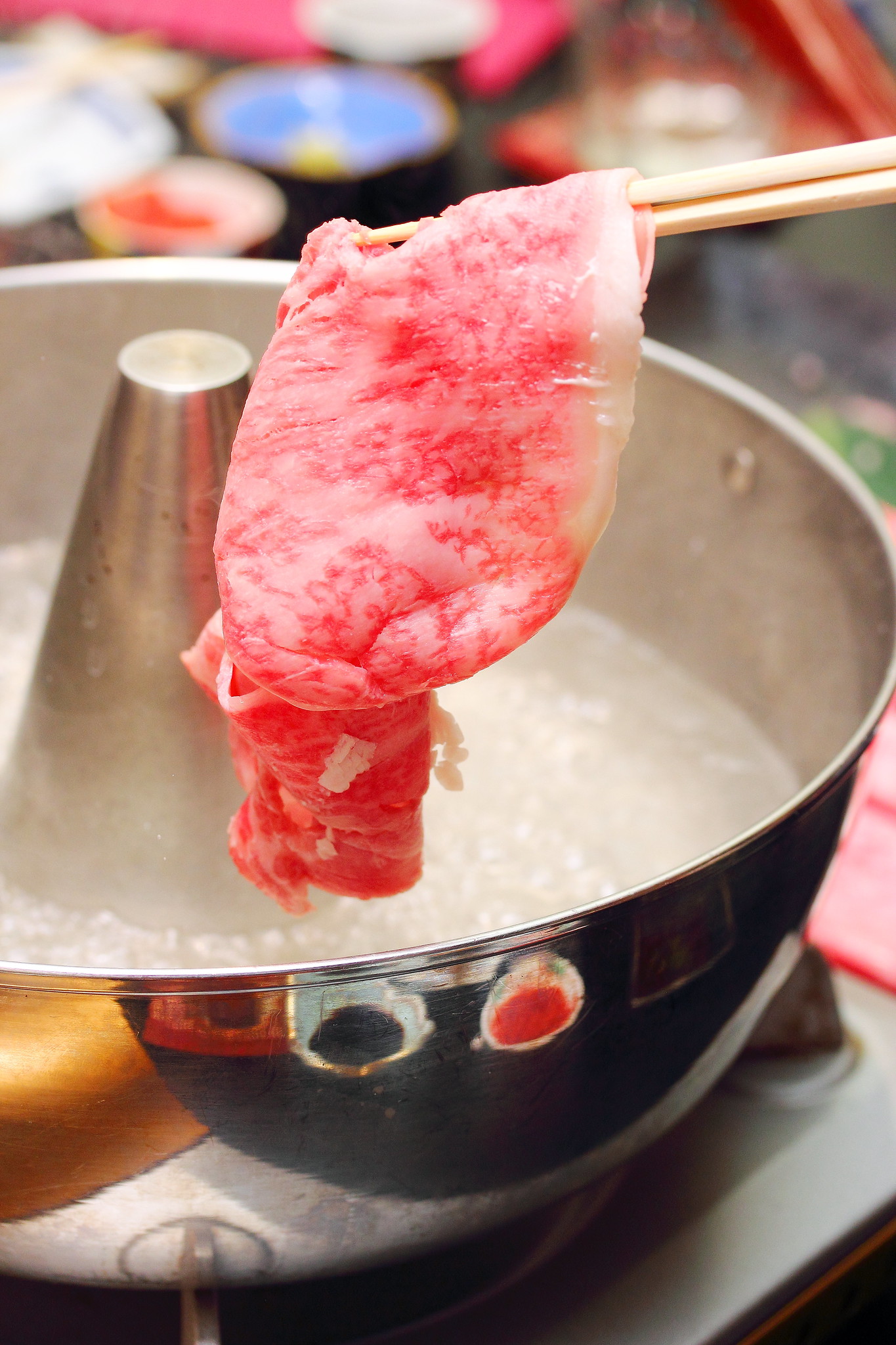 Many may be wary about eating fugu as it is known to be toxic. However be assured as the chefs have over 20 years of experience working with the toxic fish. In additional, the regulation set by Singapore's Agri-food and Veterinary Authority ensures the gourmet experience is 100% safe. All the internal organs have to be properly and thoroughly removed in Japan first before allowing to be imported into Singapore.

Posted by DerrickTan at 1:27 AM