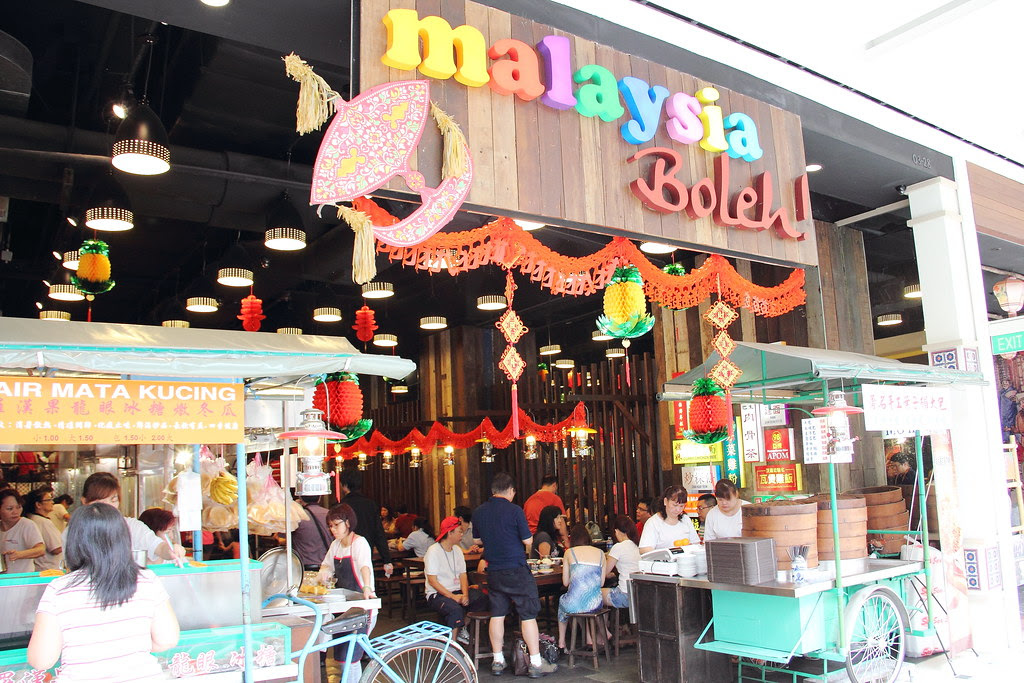 I was actually quite surprise that not many people is aware of Malaysia Boleh at Jurong Point. This place has been opened for nearly one and half years but it seems that it has been under the radar. Maybe it is due to the location far west at Boon Lay. When people say that there is no good food in the West, now I have to disagree. They have a gem in Malaysia Boleh a food court like setup that housed our favourite Malaysia street food under one roof. Not known to many, the 2 partners actually went down to the stalls in Malaysia and sent months learning the recipes. Recipes are closely kept as a promised to these original stall holders with periodical audit from them flying all the way down from Malaysia. As far as possible, the owner will also import the same ingredients and sauces used exactly at the stall itself in Malaysia. 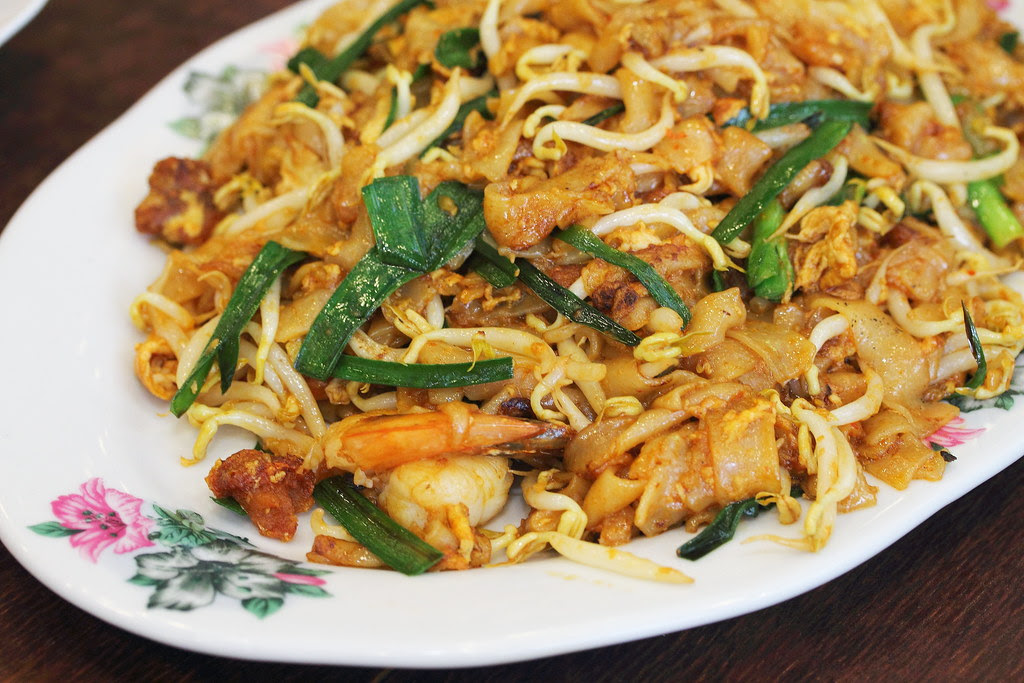 The Penang Char Kway Teow from 勇记槟城炒粿条 is the most popular stall at Malaysia Boleh judging from the super long queues in both my visit. I was told that due to the long queue then have to fry 3 plates in one batch instead of individually hence some form of standard has to be comprised. Nevertheless, the Penang Char Kway Teow was still up to the mark with each mouthful filled with the wok hei aroma. 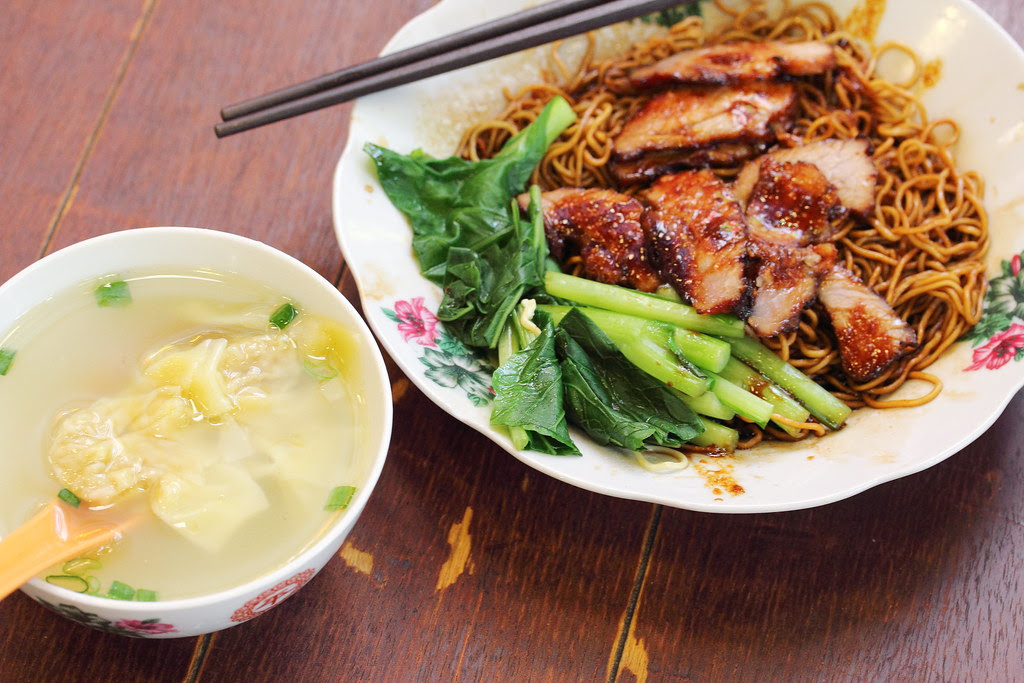 The plate of KL Wanton Mee from KL Wanton Mee 吉隆坡鼎記云吞面 with springy noodle and flavourful roasted char siew was perfectly married with the delectable dark sauce that is the same as the one used in the KL stall. One of my favourite that I would go back for. 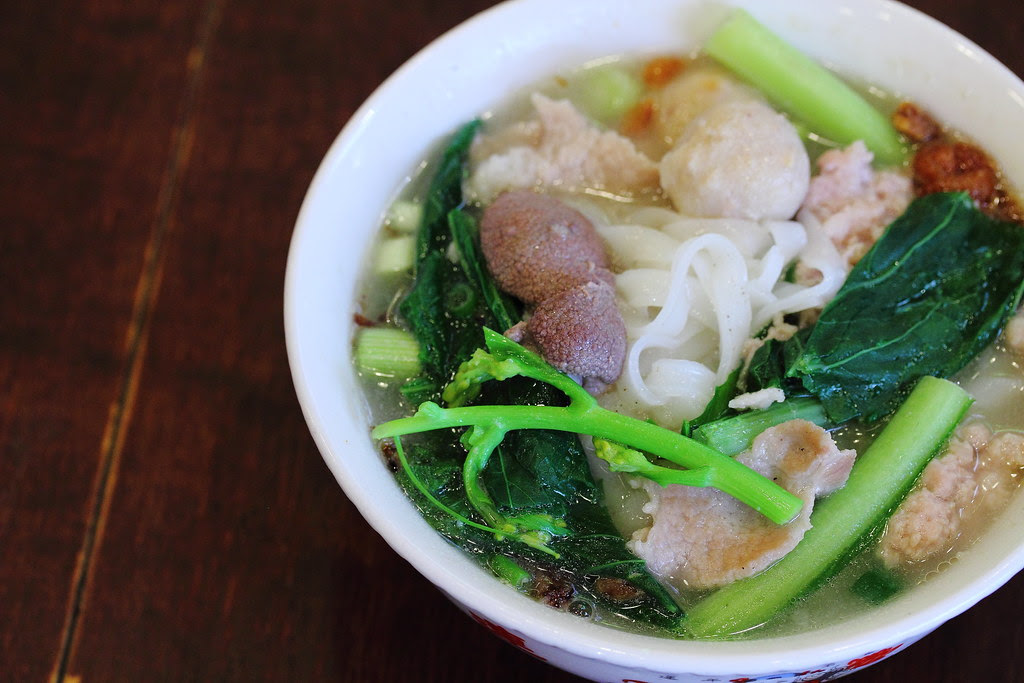 The Pork Noodle from Hong Kee Pork Noodles 雄记猪肉粉面 remembered me of the Tua Thow Kway Teow Soup which I had during one of my Johor Bahru Food Trail last year. The comforting bowl of pork noodle comes with lean meat, pig liver, minced pork, meatball and smooth rice noodle in a delectable light but flavourful broth. 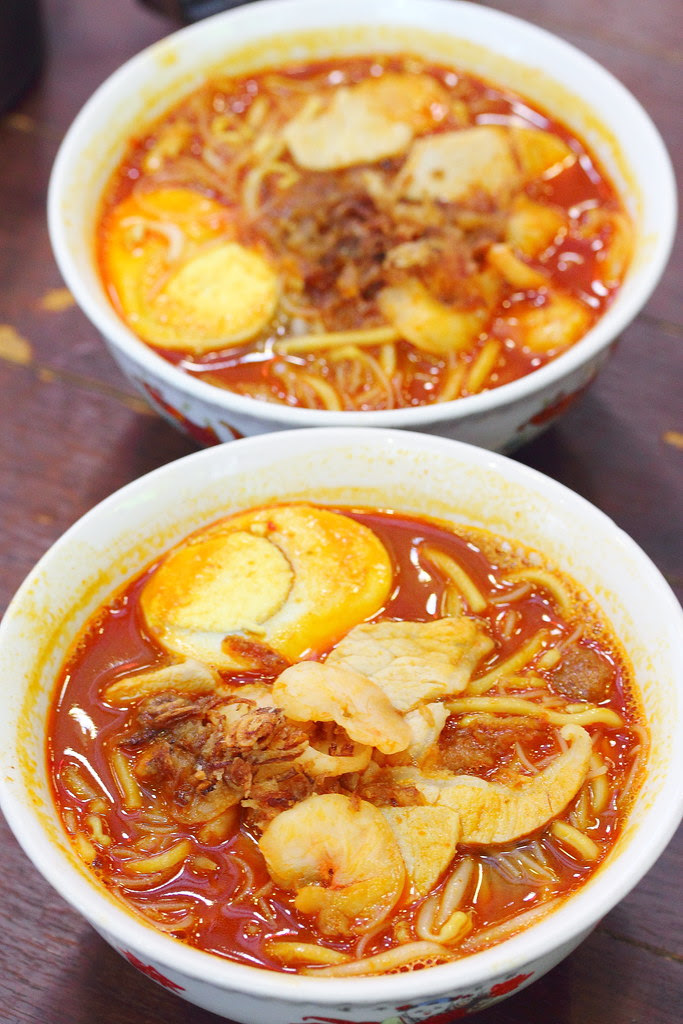 Simmered for long hours using prawn heads, pork bones and spices, the full bodied broth is packed with robust flavour. This bowl of Penang Hokkien Prawn Noodle from Penang Hokkein Prawn Noodles 檳城福建蝦面 is probably the best I have ever had outside Penang. The owners went to Penang to learn the recipe and techniques from the masters making the broth from 2am and helping out at the stall for a week. 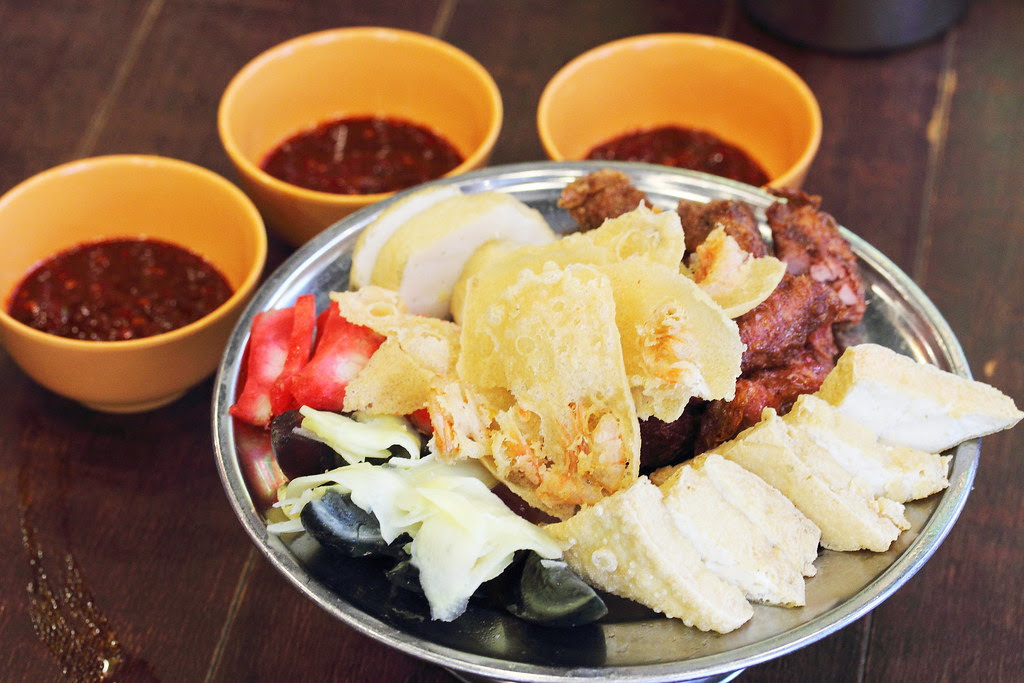 Made with five spice powder imported from Penang, the Lor Bak from Kedai Kopi Seng Thor Lebih Carnavon Loh Bak 檳城油頭街卤肉 at Malaysia Boleh is pretty good. The well marinated stuffing was wrapped in a thin beancurd skin and deep fried to a nice exterior crispiness. Accompanied with other delights like century eggs, beancurd, fishcake and deep fried shrimp crackers, this delightful plate of delights is good for sharing. 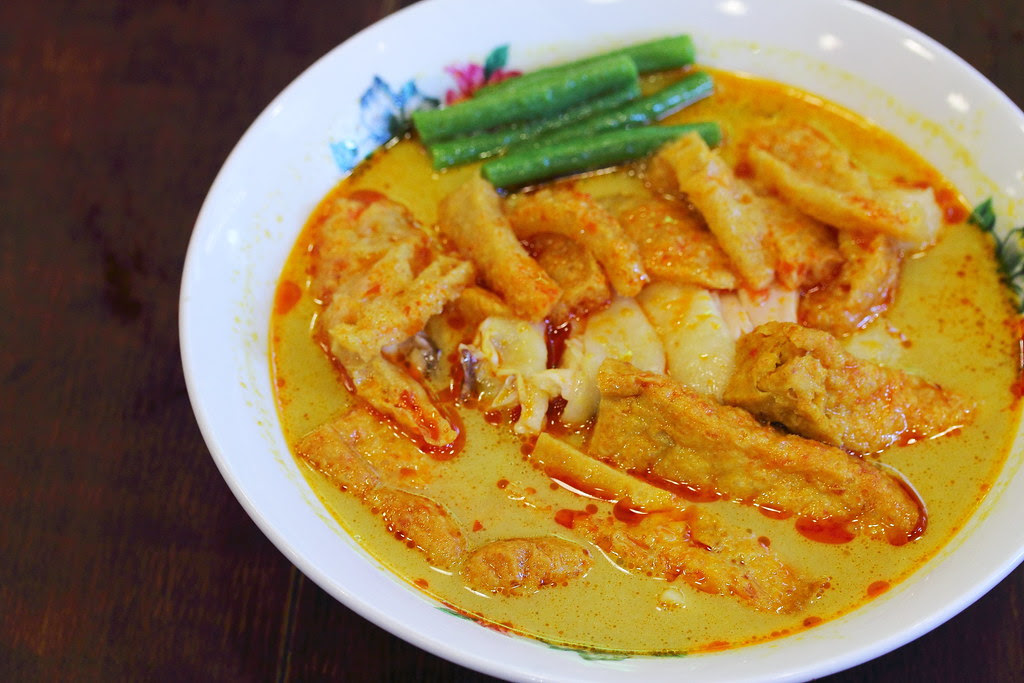 The bowl of Curry Chicken Mee from Sister Curry Chicken Mee 姐妹咖哩雞面 comes with tender poached chicken and tau pok. The curry broth is not as lemak as those in Singapore with the yellow noodle soaking up the delectable goodness. 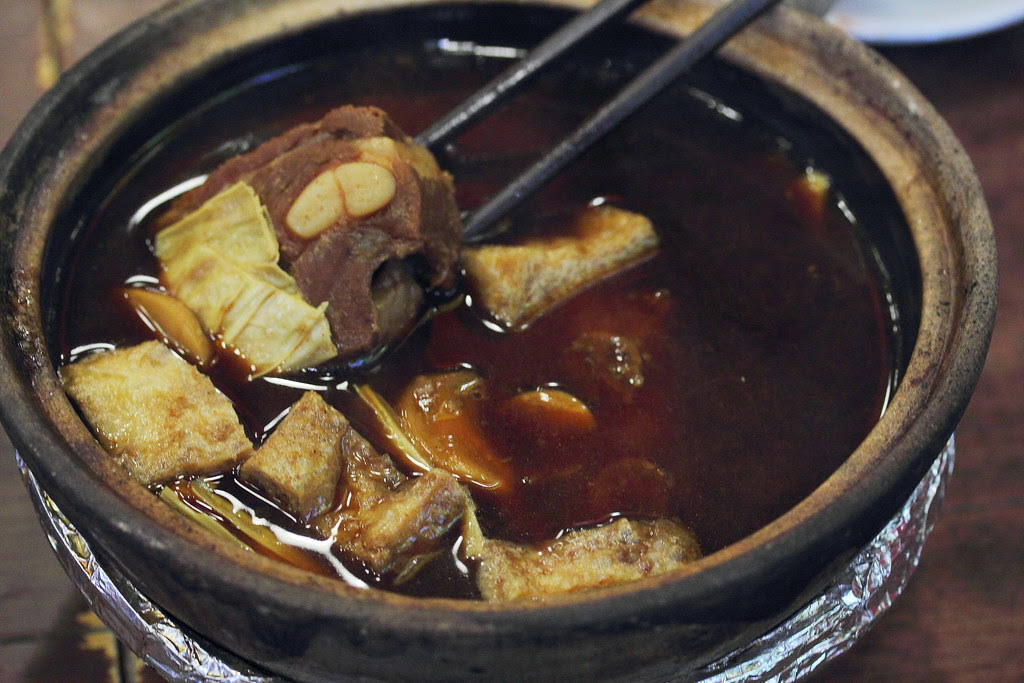 Not a big fan of the herbal type Klang Bak Kut Teh 巴生肉骨茶 but I am sure there are people who is different from me. The piping hot claypot bak kut teh goes well with a bowl of fragrant rice. 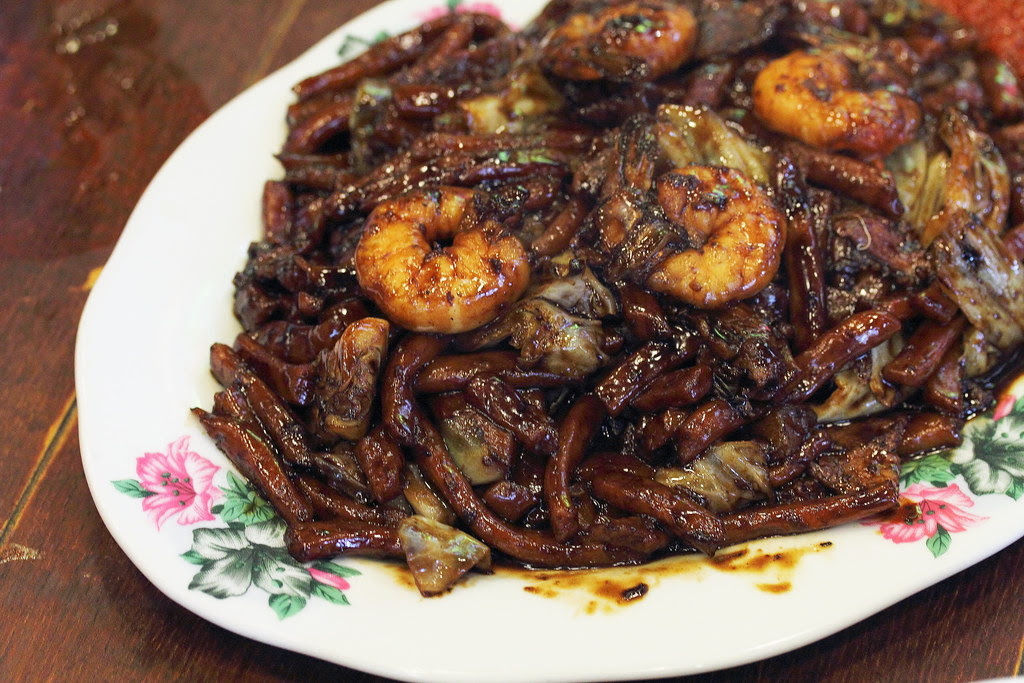 There was hit and miss for the KL Hokkien Mee from 苏丹街丙哥福建面. The flavour was spot on with the used of the same black sauce as the stall in Kuala Lumpur and perfumed by pork lard. The lack down was the udon like texture that was too tough. 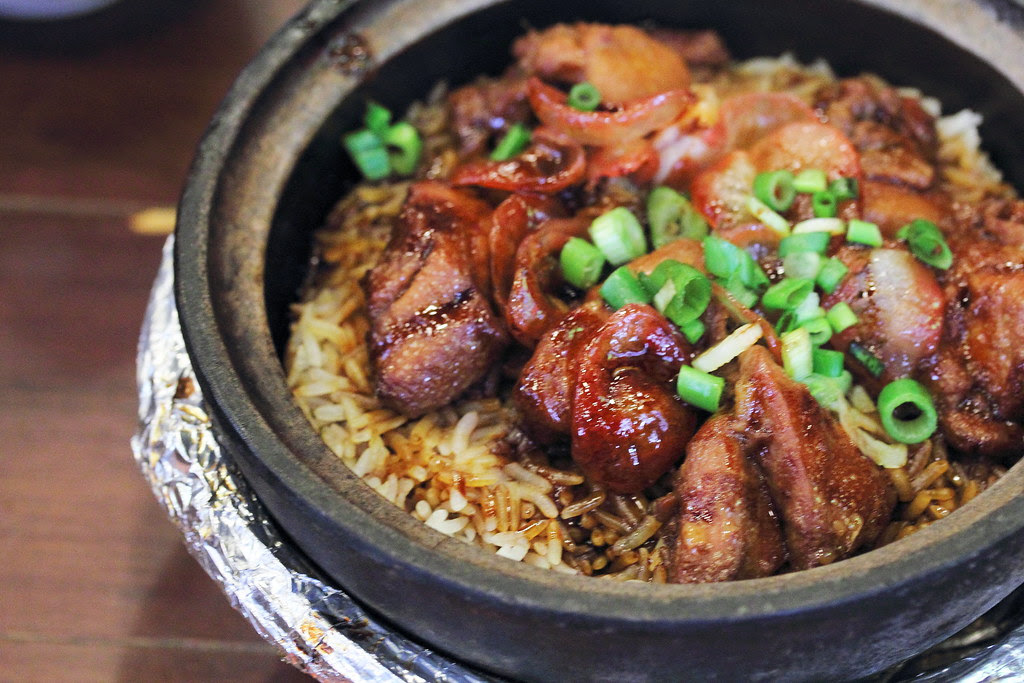 If you need your rice instead of noodles, I would recommend trying the Claypot Chicken Rice from Petaling Street Famous Claypot Chicken Rice 茨廠街驰名瓦煲雞飯. I took a mouthful and I was taken aback by the burst of aroma. The fragrant pot of rice also comes with well marinated succulent chicken. 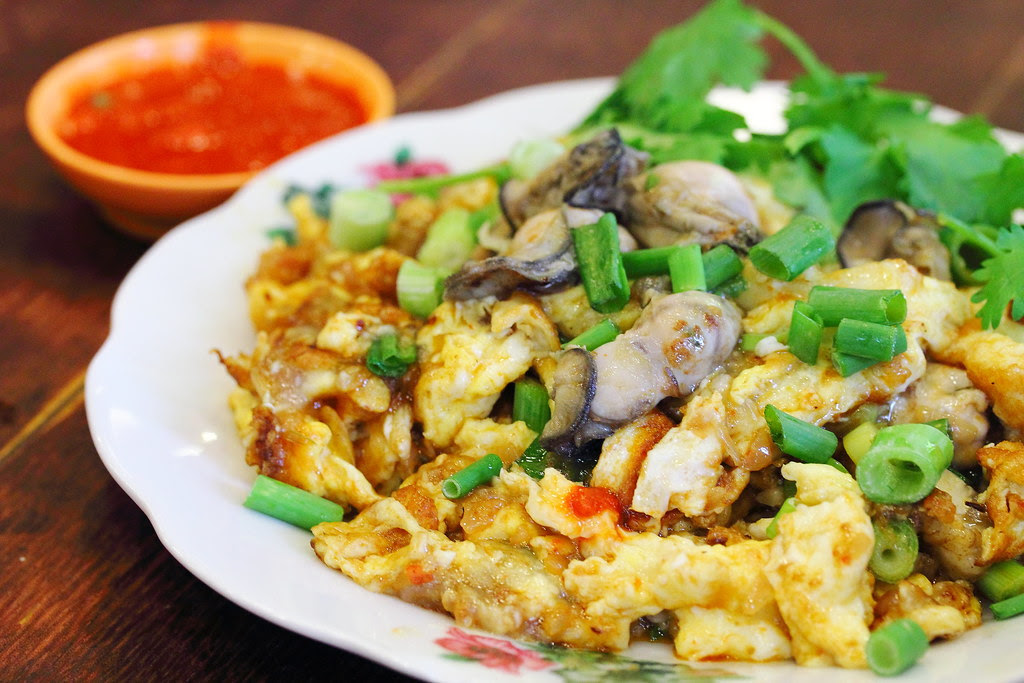 One of my favourite local street food is Fried Oyster Omelette or Orh Luak. The local version is more burnt and crispy. The version at Malaysia Boleh from Penang Lorong Selamat Fried Oyster Omelette 槟城著名嘉嘉蚝煎 is the opposite, wet and runny. I thought I would not like it but it turned out that it is now my favourite fried oyster omelette in Singapore. The ratio of runny egg is more than that of starch. It also has a special sauce that accentuated the flavour which the owner did not want to disclose. The chilli dipping sauce is also an excellent complement to the orh luak. 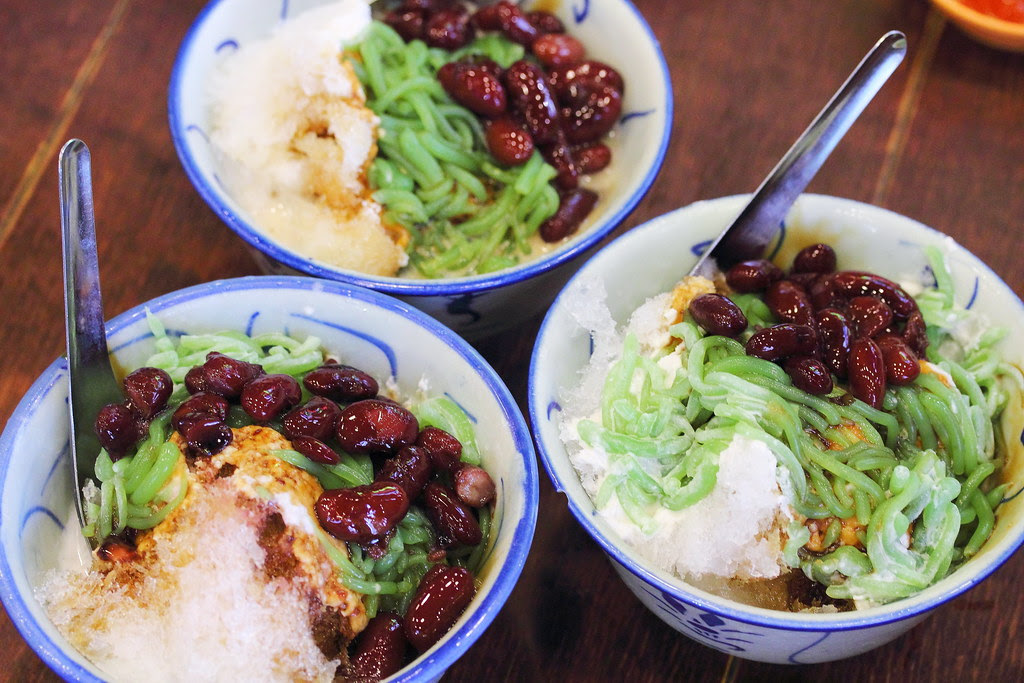 For those that has been to Penang will know that there are two famous Chendol stalls along Penang Road. Patrons that like their chendol need not fly all the way to have the dessert anymore. Right at Malaysia Boleh, one can indulge in this bowl of sweet delight from Penang Road Famous Chendol. 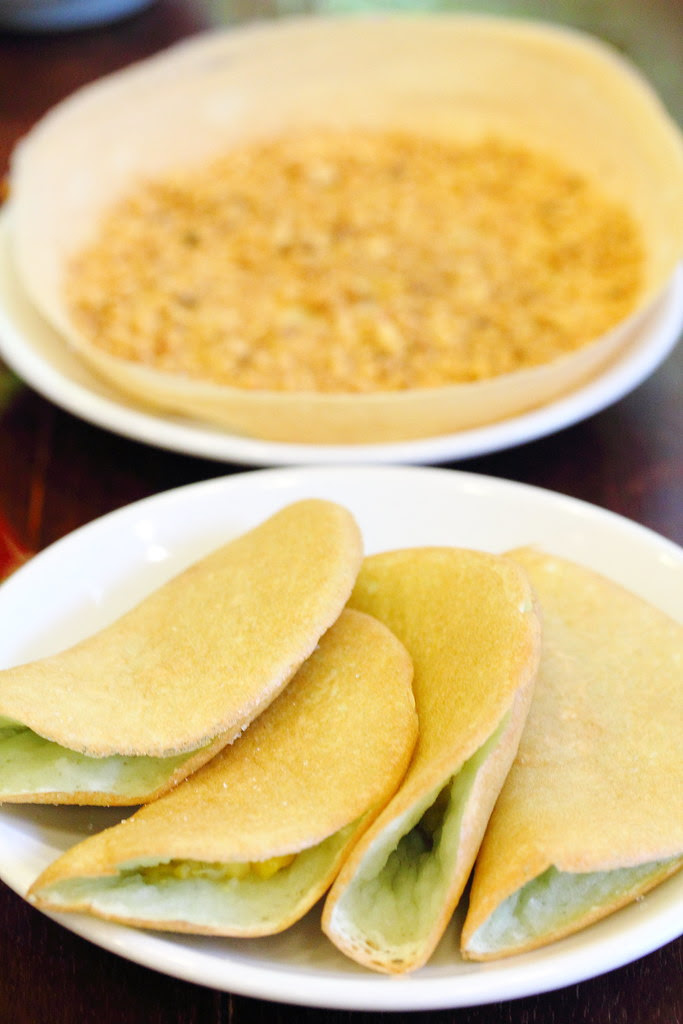 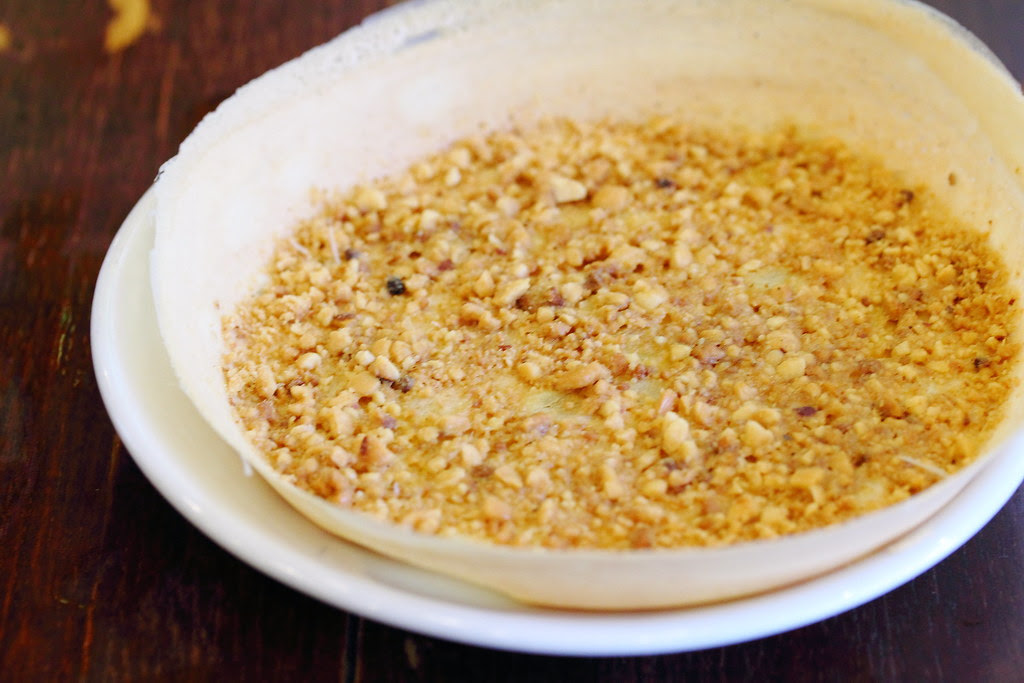 For some delectable snack one can try the Apom Manis or Ban Chang Kuih from Penang Gurney Drive 98 Apom. The Apom Manis comes in a choice of banana, kaya, corn and peanut wrapped in a soft and fluffy pancake. For the Ban Chang Kuih, it was my first time having the paper thin crepe like apom balik that is crispy and filled with grounded roasted peanut. 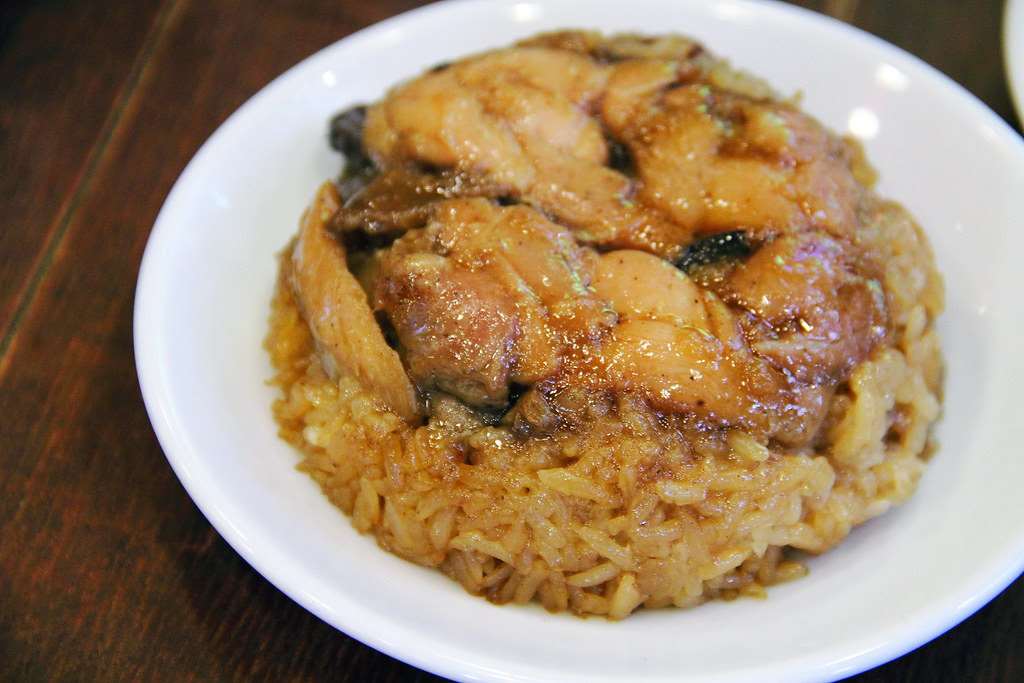 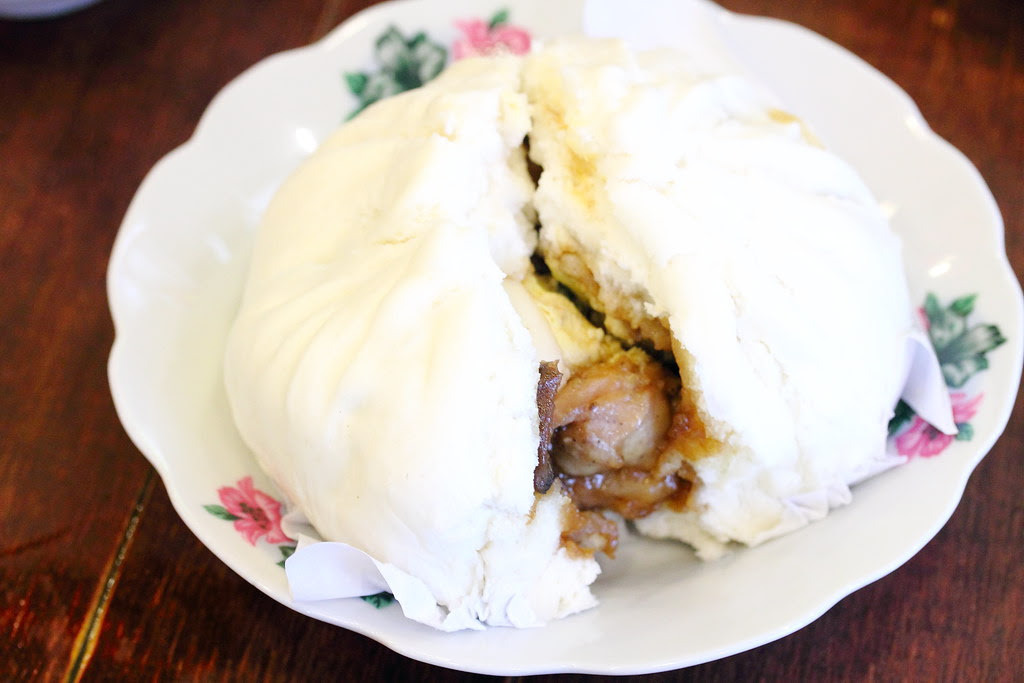 Good for tea break is the Lor Mai Gai and Big Bao. The lor mai gai is one of the best I have eaten. The sticky glutinous rice comes with generous slices of flavourful tender chicken. The Big Bao which is as big as my palm is soft and fluffy and has generous ingredients in it.

Malaysia Boleh has total 17 stalls in total and these are only some of the items I tried. To ensure the authenticity of the Malaysian street food, most of the sauces and ingredients are imported from Malaysia. Periodic audit is also contacted by the original Malaysia stall owners. Malaysia Boleh is definitely a gem and food heaven with all the street food under one roof.