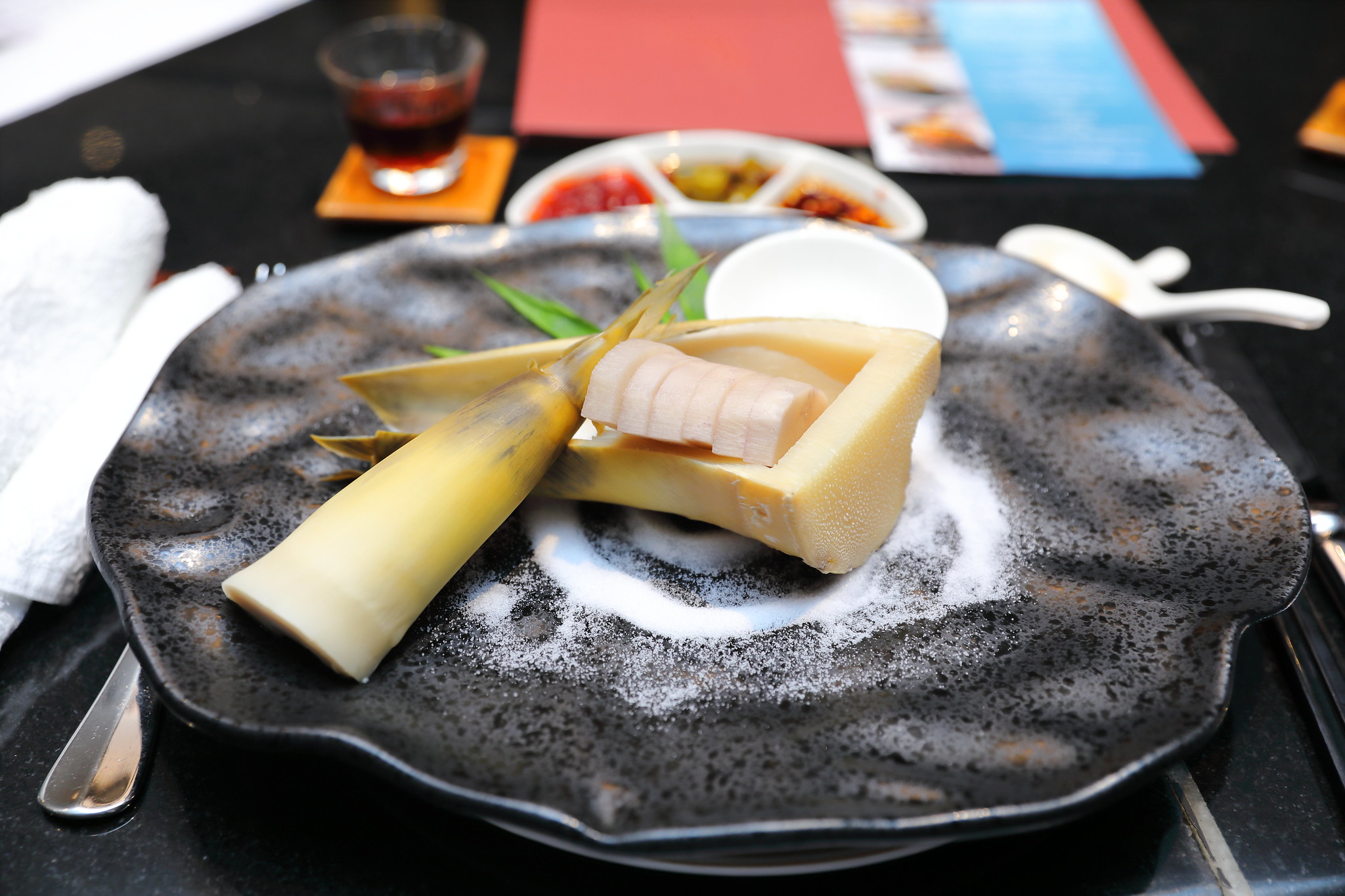 For a limited period from 1 June to 31 July 2018, Si Chuan Dou Hua has brought back its vegetarian promotion. This is the 4th year it is running the vegetarian promotion. This year, "Vegetables without Borders" sees the collaboration of Executive Chef Zeng Feng (Si Chuan Dou Hua, Singapore) with guest Chef Sean Hsueh (Yang Ming Spring Green Kitchen, Taipei), guest chefs Minoru Yazaki and Takao Inouse (Si Chuan Dou Hua, Tokyo), that showcases a meatless menu with dishes that have influences of Sichuan, Taiwanese and Japanese cuisines. 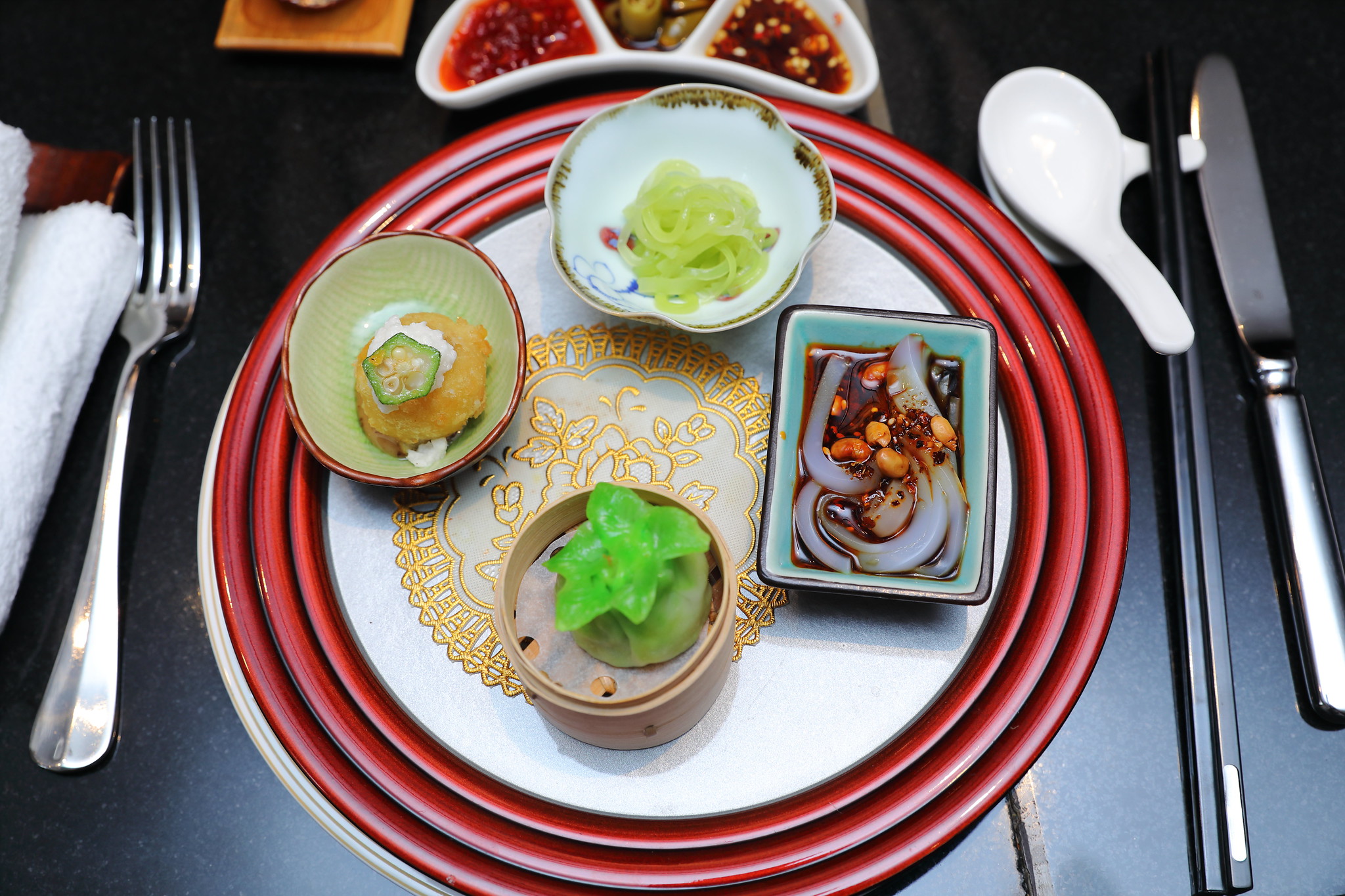 We started with a platter of small bites which kind of giving us a glimpse of the culinary skill of the chefs behind the vegetarian menu. Clockwise from the bottom of the picture, we have the Steamed Dumpling with Chinese Cabbage, Peanut Sphere accompanied with Black Sesame Sauce, Celtuce with Sesame Oil, and Spicy and Sour Sichuan Clear Noodles. My favourite is the clear noodles, though tasteless, the aromatic, spicy sauce simply elevated the whole enjoyment. 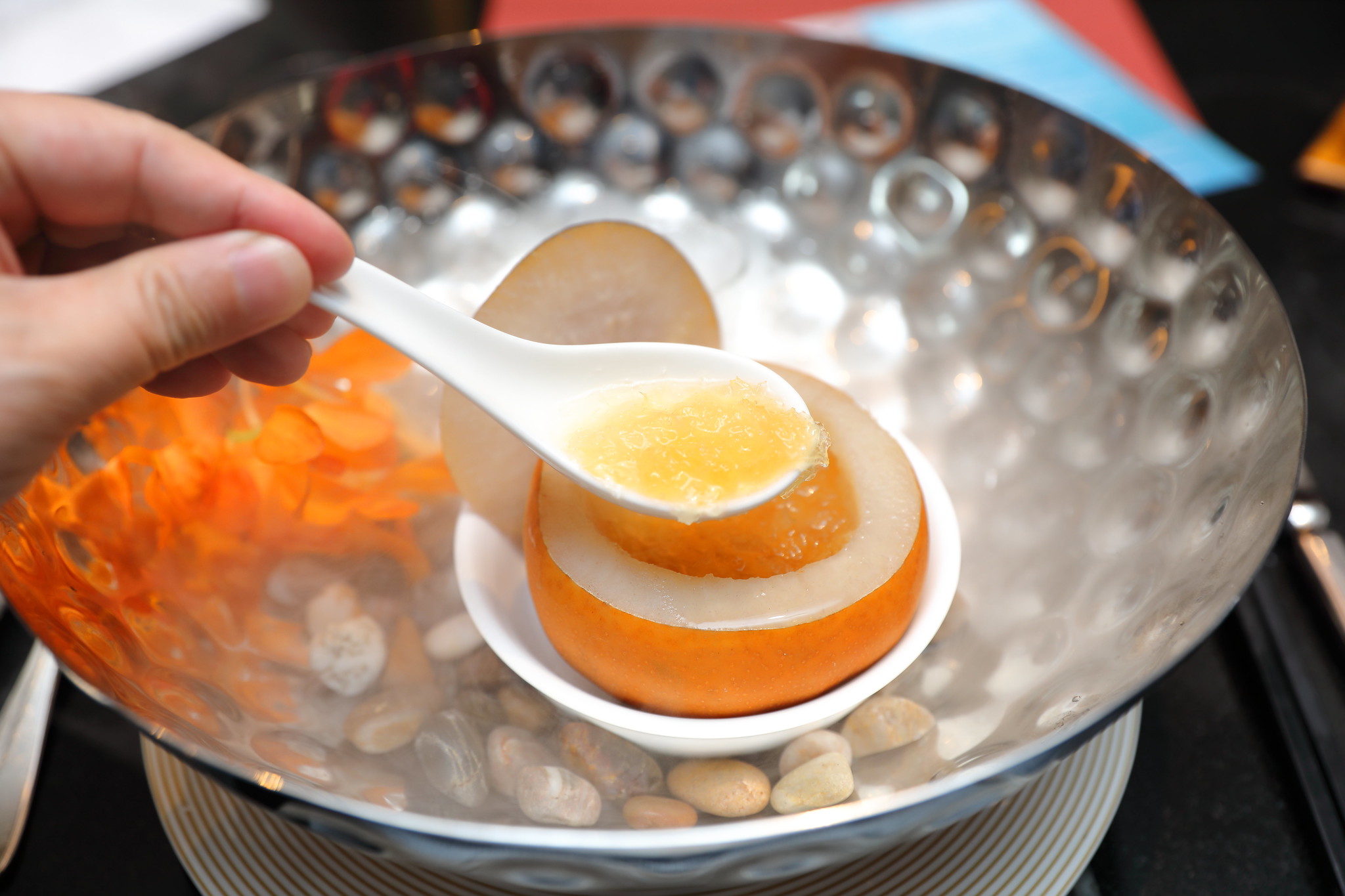 The Double-boiled Bird's Nest in Pear Vessel made an dramatic entry with the dry ice effect. The amount of bird's nest is very generous. Though the pear is supposed to infused the bird's nest with its sweetness, I find the execution on the bland side. 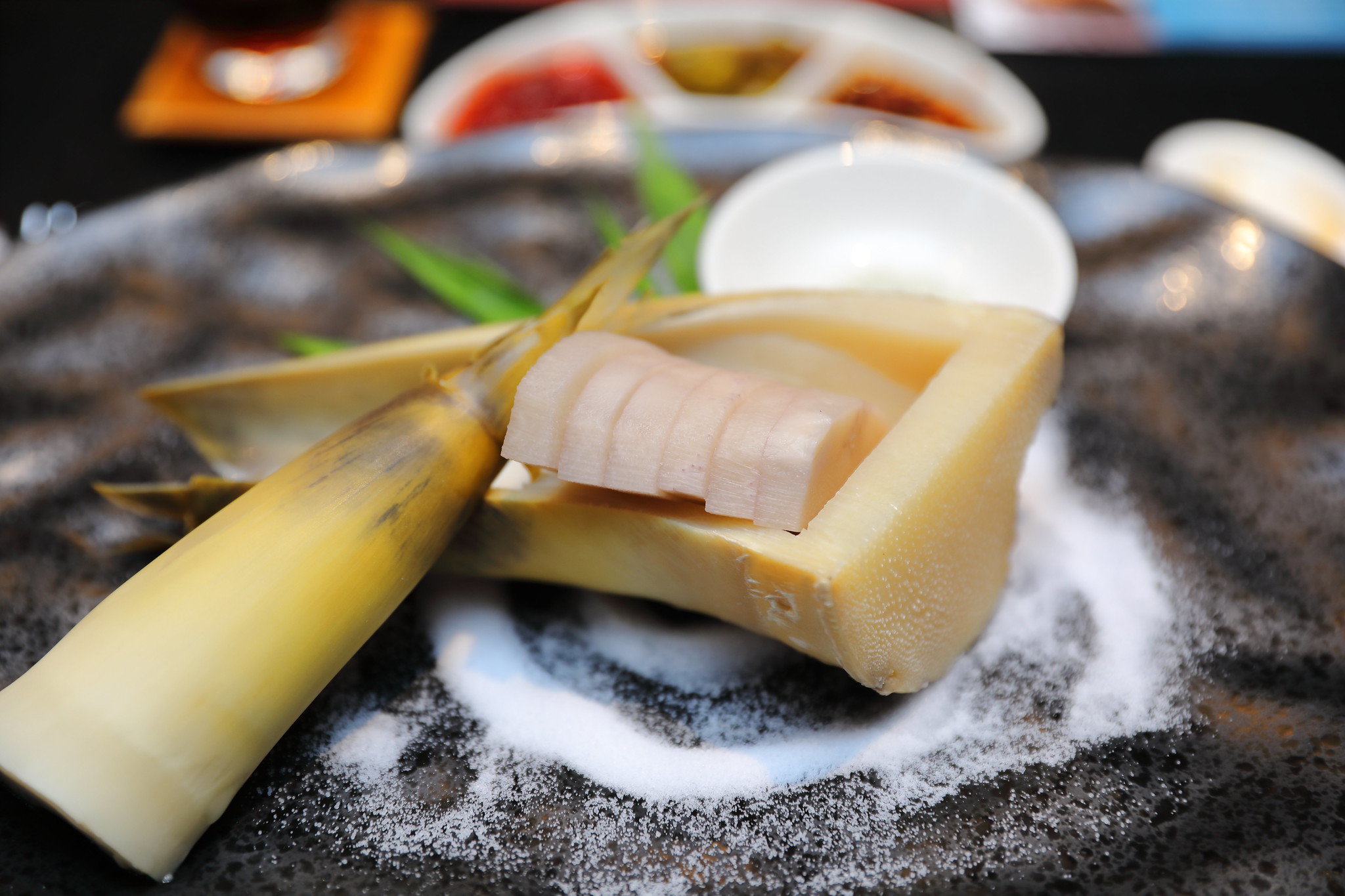 The highlight is the fresh Bamboo Shoot directly imported from Ping Dong, Taiwan. To showcase the natural sweetness of the fresh bamboo shoot, guest Chef Sean Hsueh prepared it with a simple boil and served it with homemade tea salt. This is my first time having fresh bamboo shoot, what stood out is the crunchy texture and it tasted like sweet corn. 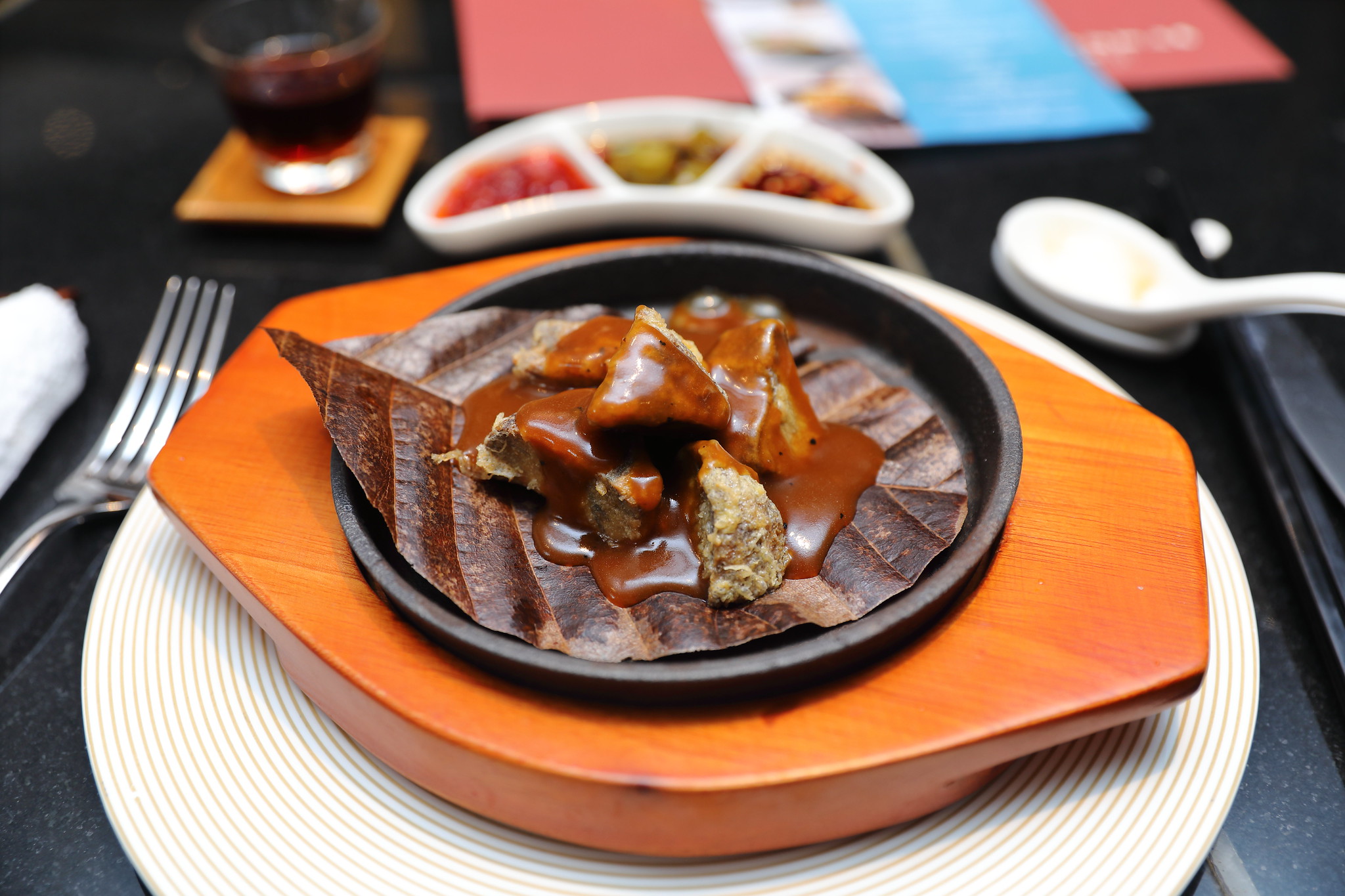 Another dish on the menu that we all enjoyed is the Monkey Head Mushrooms with Black Pepper Sauce served on Japanese Magnolia Leaf. The monkey head mushroom takes 3 days of preparation. It is soaked in Chinese herb for a day, spent another day drying and then more Chinese herb for another day. It is served like a beef steak on Japanese magnolia leaf, drenched with black pepper sauce. I would prefer the sauce to be more peppery though. On the other hand, I adore the texture of the monkey head mushroom, it has that delightful texture that is like Tau Pok. 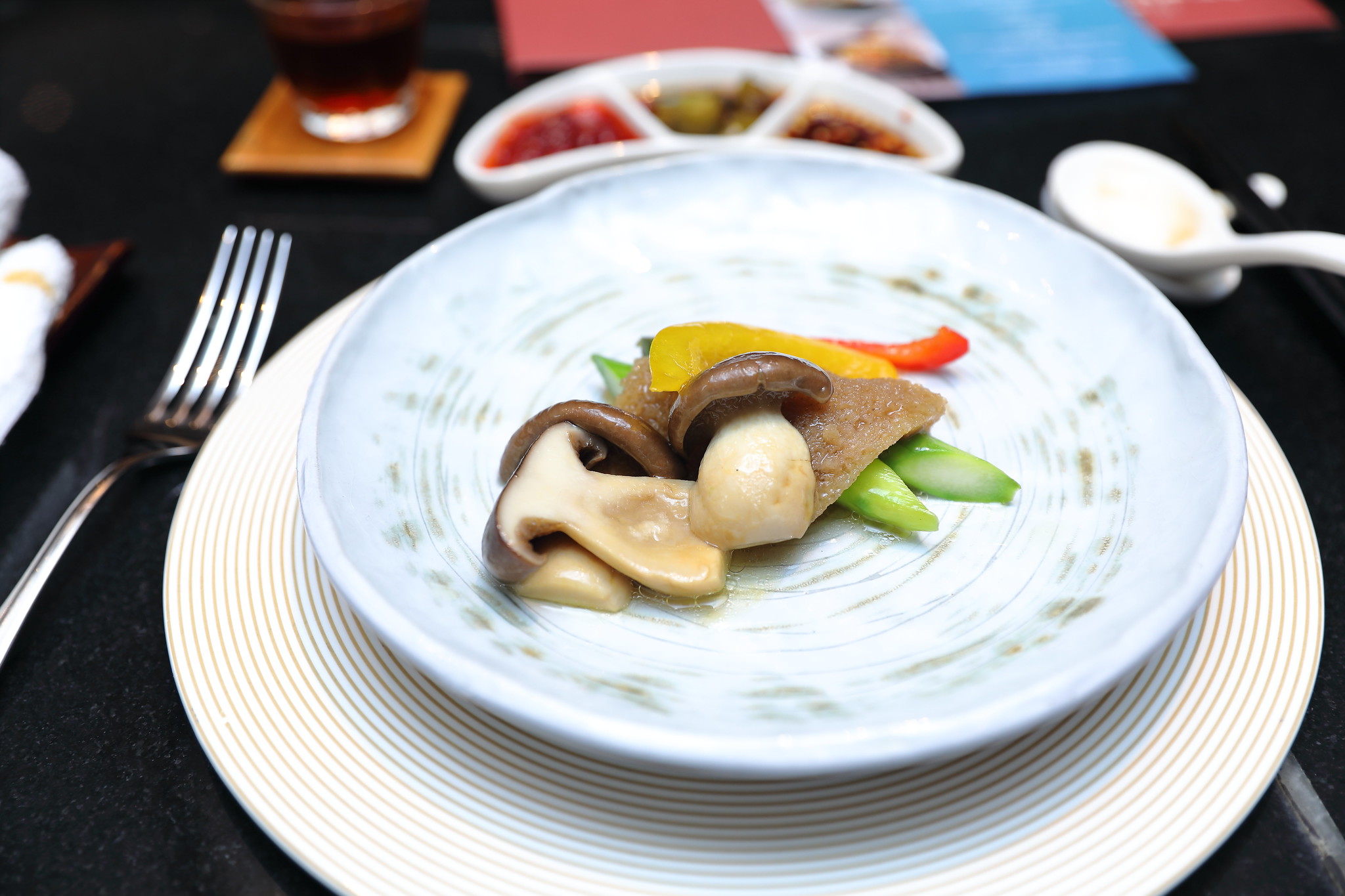 Mount Emei Konjac with Stir-fried Honshimeji Mushrooms features an interesting ingredient that I have not tried before, the snow-preserved konjac from Mount Emei. It has a delectable crunchy texture and this is paired with honshimeji mushrooms, capsicums and asparagus. 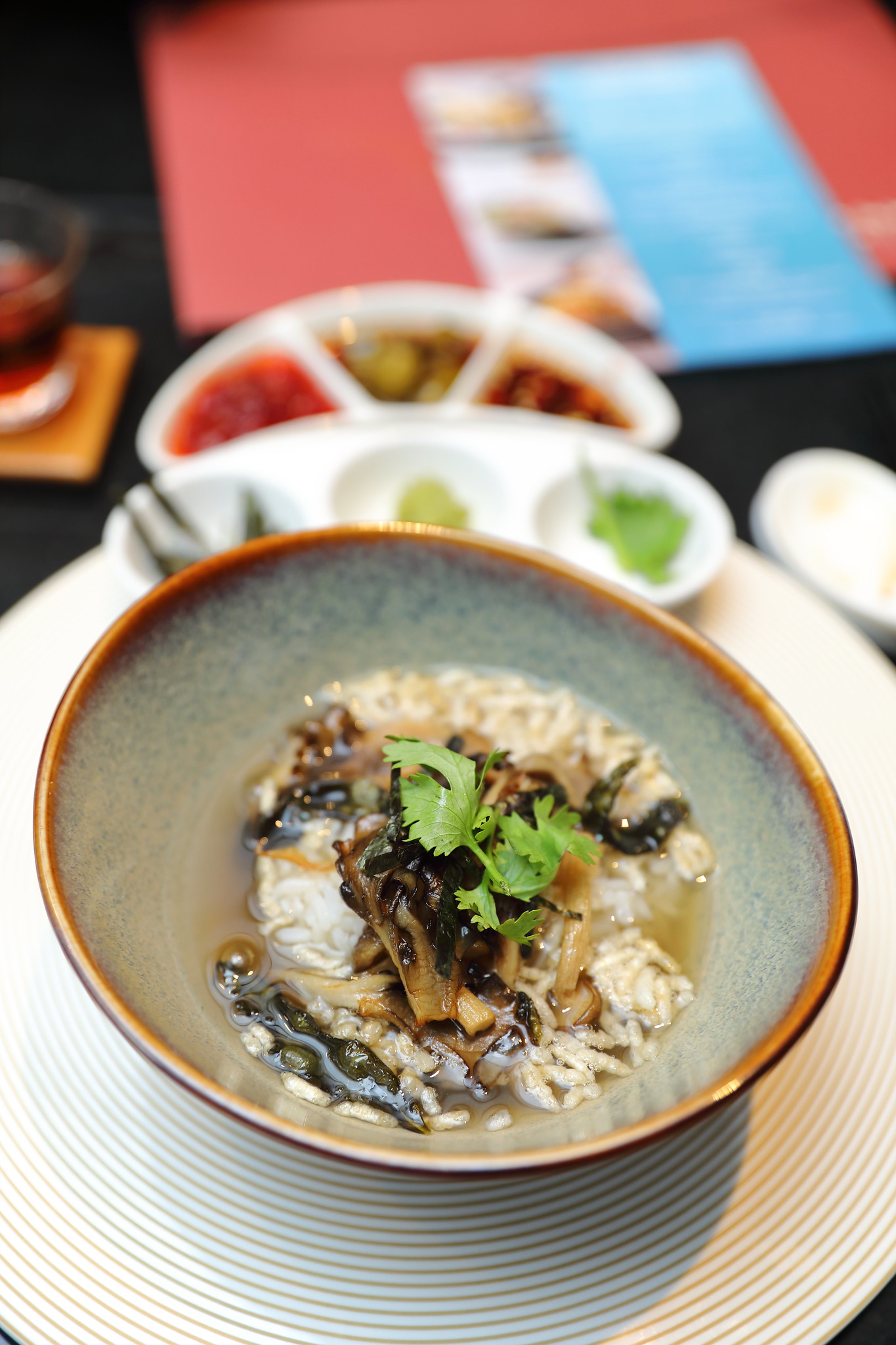 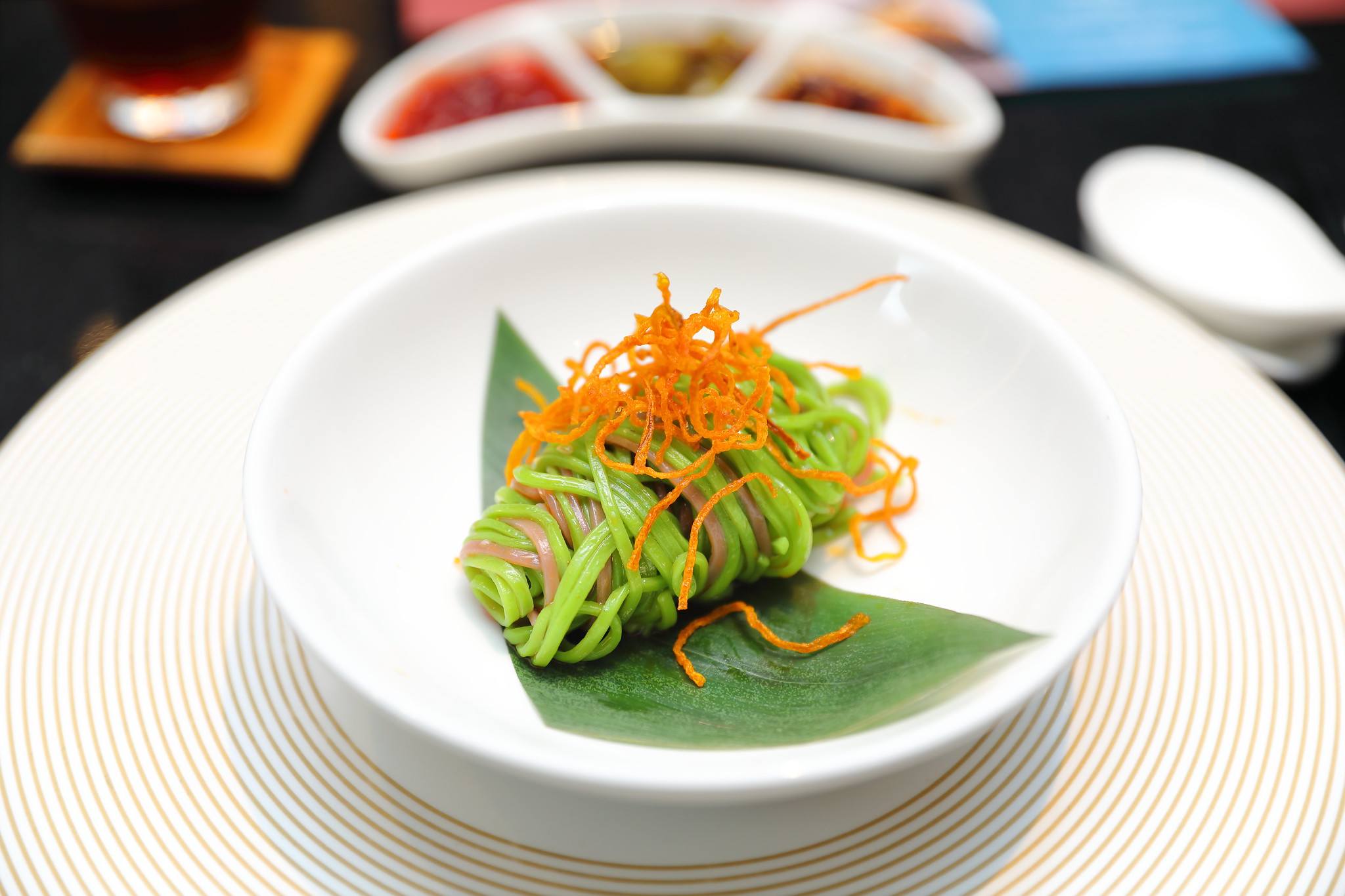 For the set menu, diners can choose between the Poached Japanese Pearl Rice with Taiwanese Oolong Tea and Matsutake, and Bi-coloured Sichuan Chilled Noodles. I prefer the poach rice for the different taste profiles, enhanced by the fragrant oolong tea and matsutak mushroom. The chilled noodles on the other hand was a bit bland and one dimensional. I thought maybe the addition of some minced mushroom will help to elevate the dish. 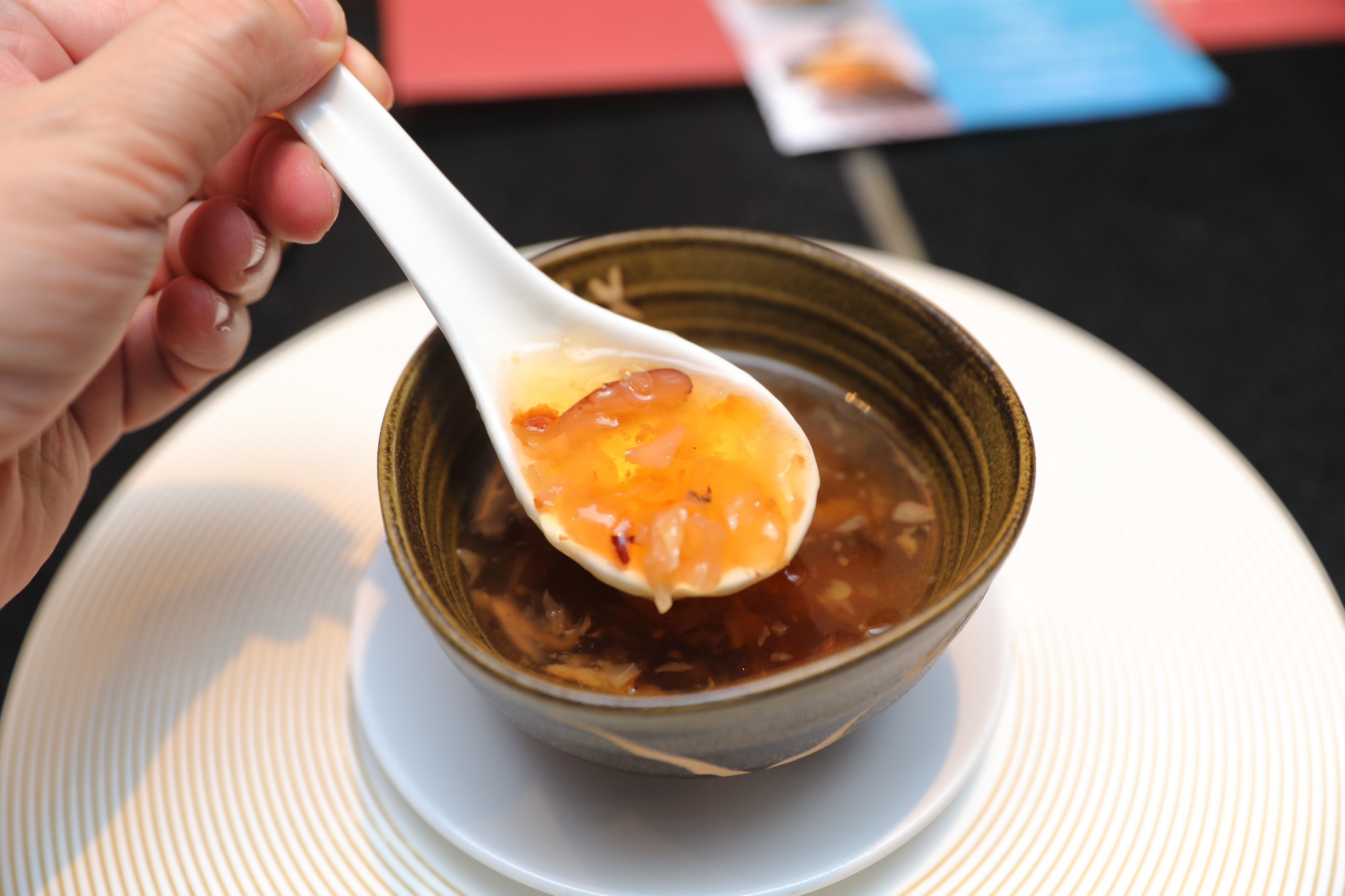 Ending the set menu is the Double-boiled Snow Lotus Seeds served warm. Naturally sweetened by the red dates, while the peach gum provides the contrast in texture. However I would prefer the peach gum to be crunchier.

Vegetables without Borders
TOP of UOB Plaza: $78 and $98 per pax*
PARKROYAL on Beach Road: $68 and $78 per pax*
*Minimum of two to dine. UOB Cardmembers enjoy 15% saving on all set menus.

Direction:
1) Alight at Nicoll Highway MRT station. Take Exit A. Follow the overhead walkway all the way to The Concourse building. Take the exit down to Nicoll Highway and walk towards Parkroyal Serviced Residences. Cut through towards The Plaza at Parkroyal Hotel. Journey time about 8 minutes. [Map]
Posted by DerrickTan at 8:34 PM