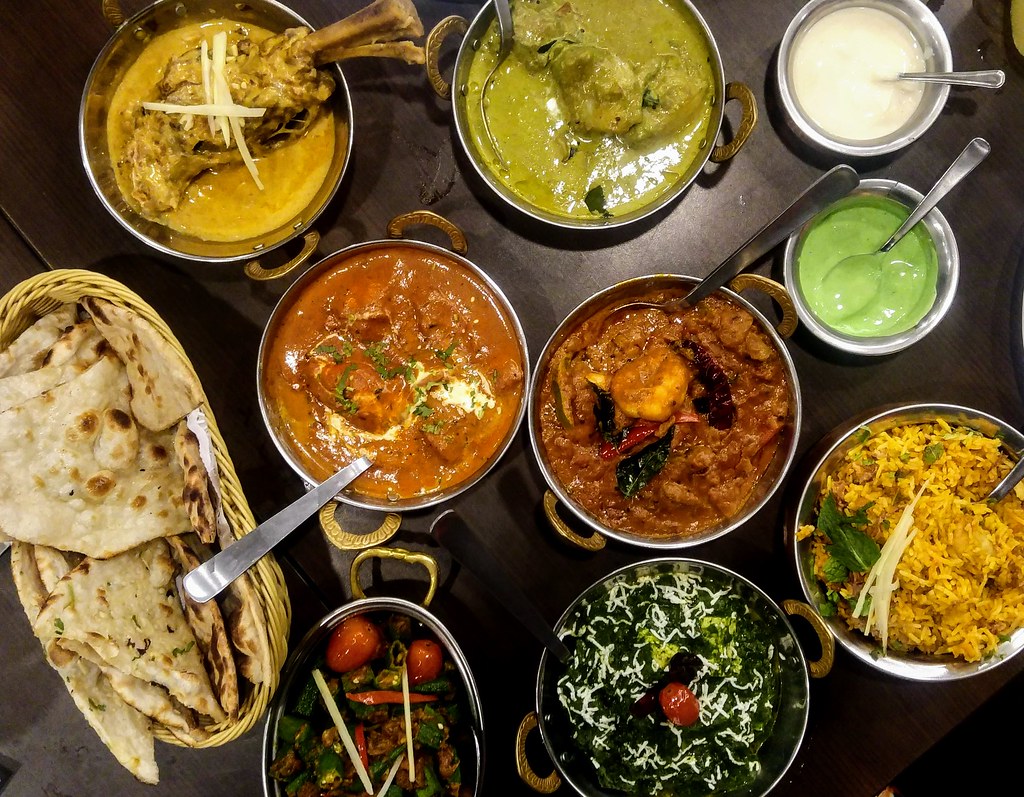 Northern Indian cuisine is prevalent in our island but Indian-Chinese dishes are definitely less so. Here at Indian Express, take the chance to explore their characters that are unfamiliar to us, while tucking into your favourite Northern Indian dishes. Nestled in one of the shophouses on Racecourse Road, Indian Express has recently renovated and reopened with a fresh look. You may not have known, this casual dining concept is established by the same management behind The Song of India, currently helmed by executive chef Umed Singh, alumnus of The Song of India and protégé of Michelin-starred chef Manjunath Mural. 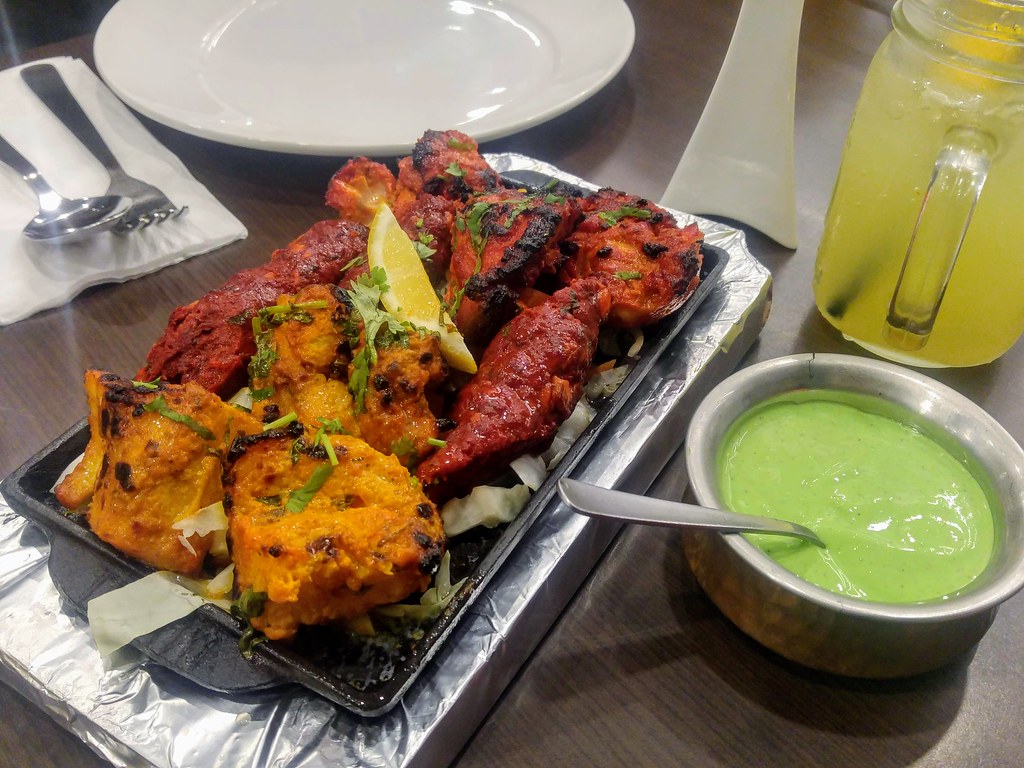 As a starter or even a simple meal for two, the signature Punjabi-style Tandoori Mix Grill Platter ($19) that comes in a sizzling plate of lamb chop, fish, chicken tikka and kebab that have been grilled in the Tandoor, will have you deeply satisfied. I love the fish which was well marinated with spices and yogurt, and that layer of marination also kept it moist and tender during the grilling process. 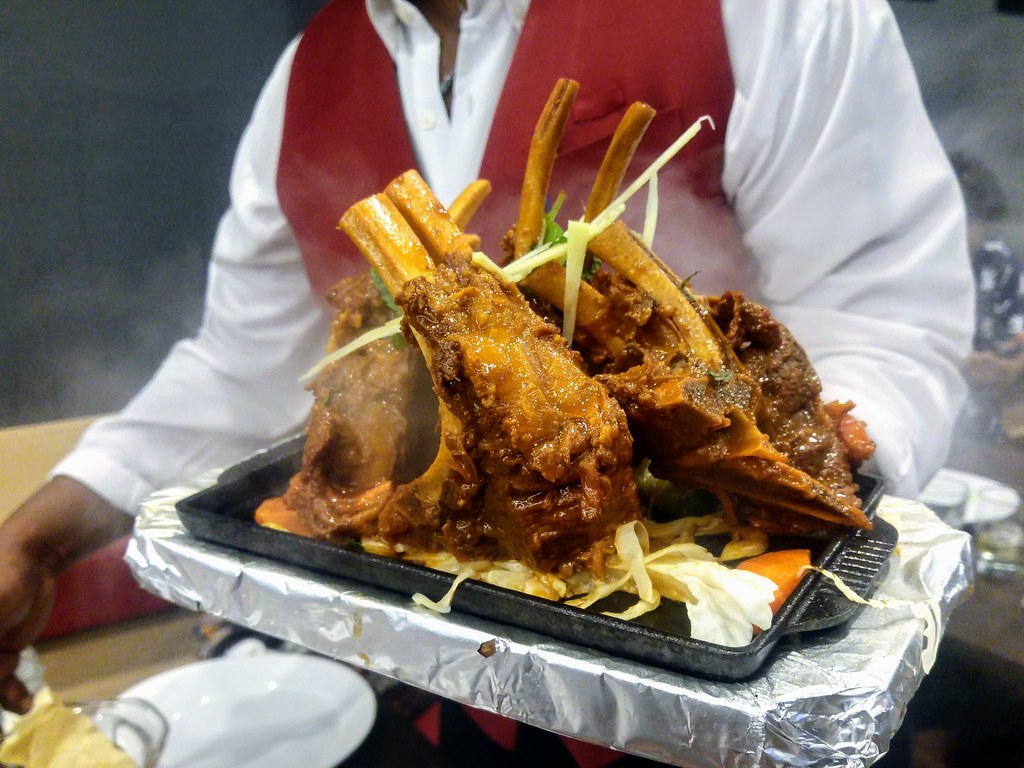 Each platter comes with a lamb chop as well and we had the chance to view them in full glory in the Kashmiri Lamb Rack Wazwan ($14) that made a rather dramatic entrance with the lamb racks smoking in its own juice and marination. It is something that you would not want to share, for all you want is to slowly lift the tender meat off its bone and savour it slowly. 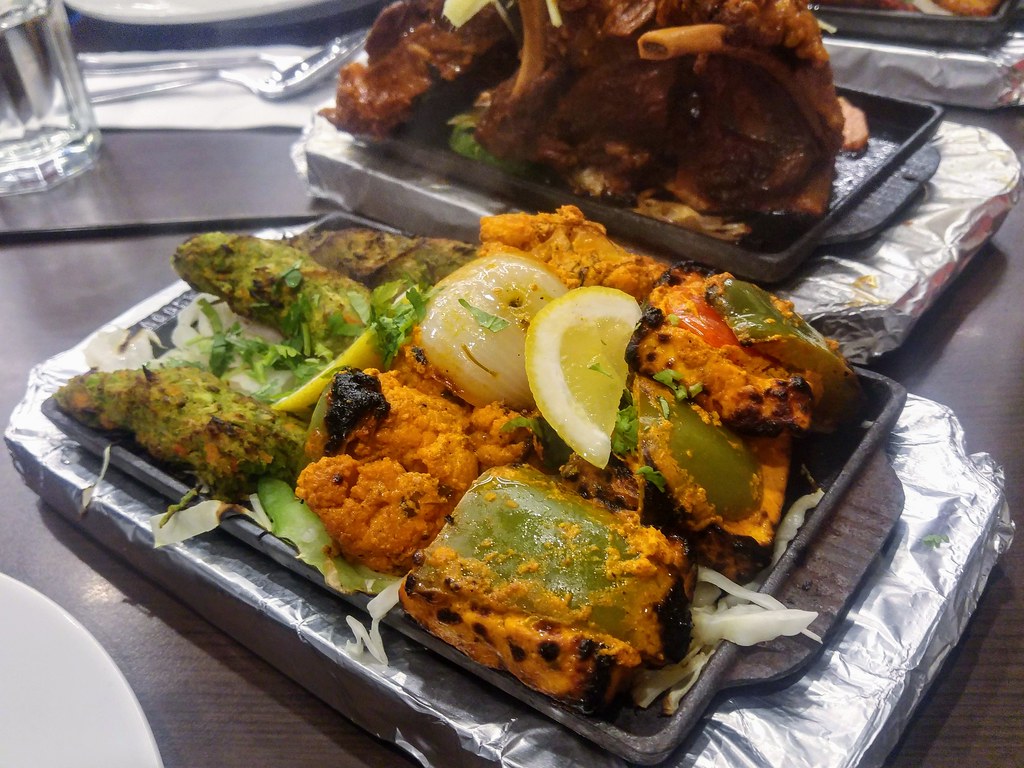 The Grilled Vegetarian Platter ($14) was wholesome with Seekh Kebab, Paneer Tikka and Cauliflower. The Paneer Tikka could be a lot more pleasing if the bell pepper was more cooked down to release its fruity and smokey flavour. 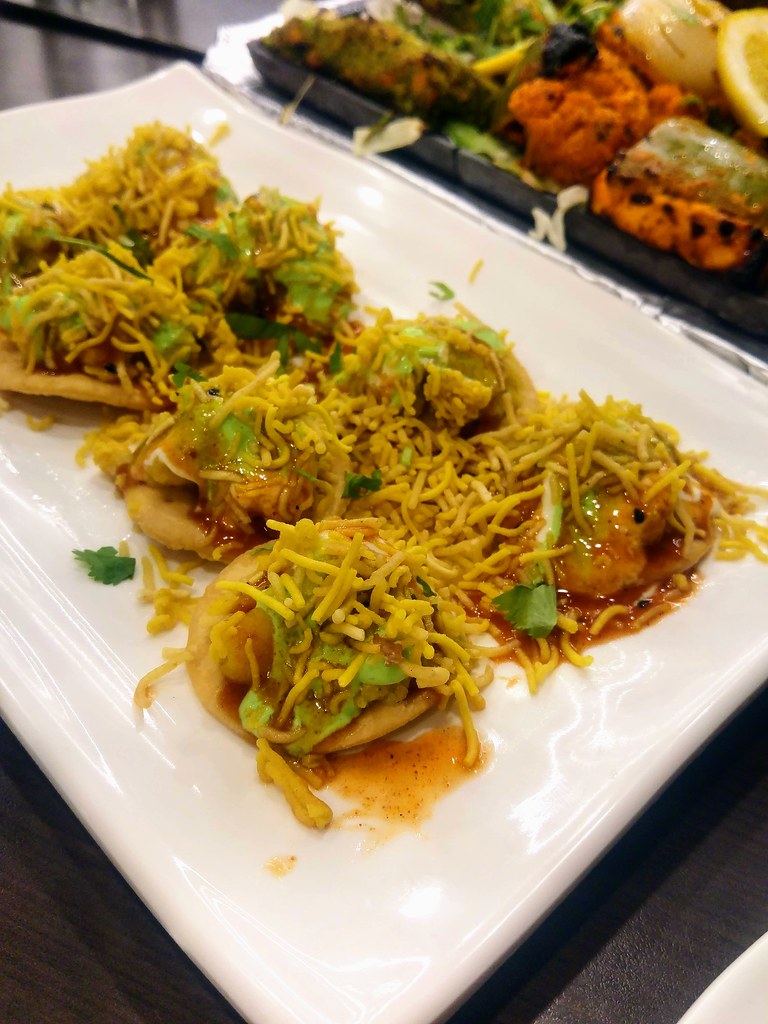 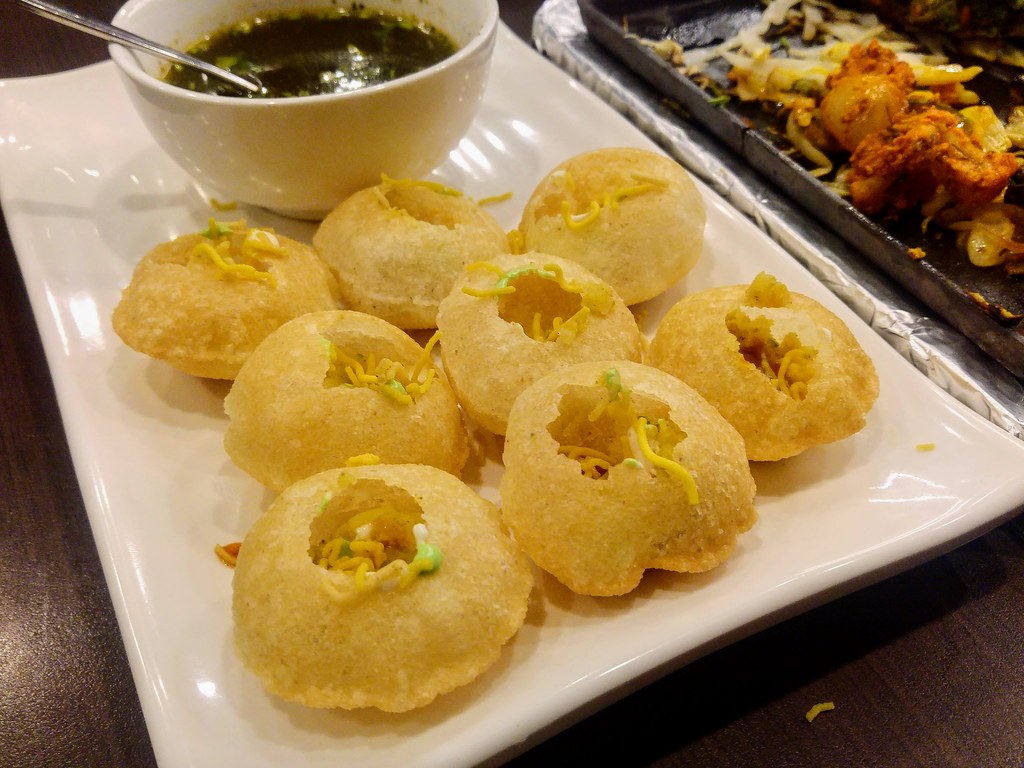 One of my favourite small bites are Papdi Chaat and Pani Poori. What we had $7 each were decent but I would like them to be more tangy with yogurt and chutney. 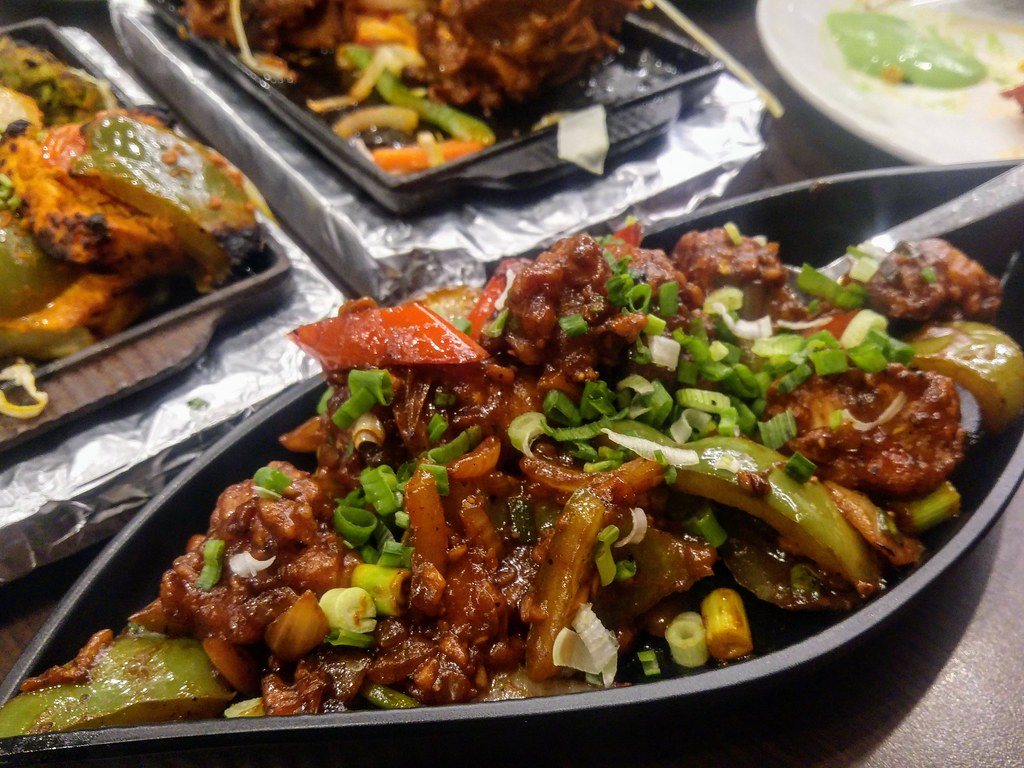 Indian Express also offers a comprehensive menu of Indian-Chinese dishes. Indian-Chinese cuisine has its roots back in Kolkata in the 1700s, the period when the Chinese migrated there and settled in. They adapted their own recipes with well-loved Indian spices and ingredients and that boost of flavours into dishes which please the local palate became a hit across India 90 years ago. We only managed to try one, Chili Chicken ($14). The flavours were quite homely actually, reminiscent of my mum's black soy stir-fried chicken but laced with chilli. 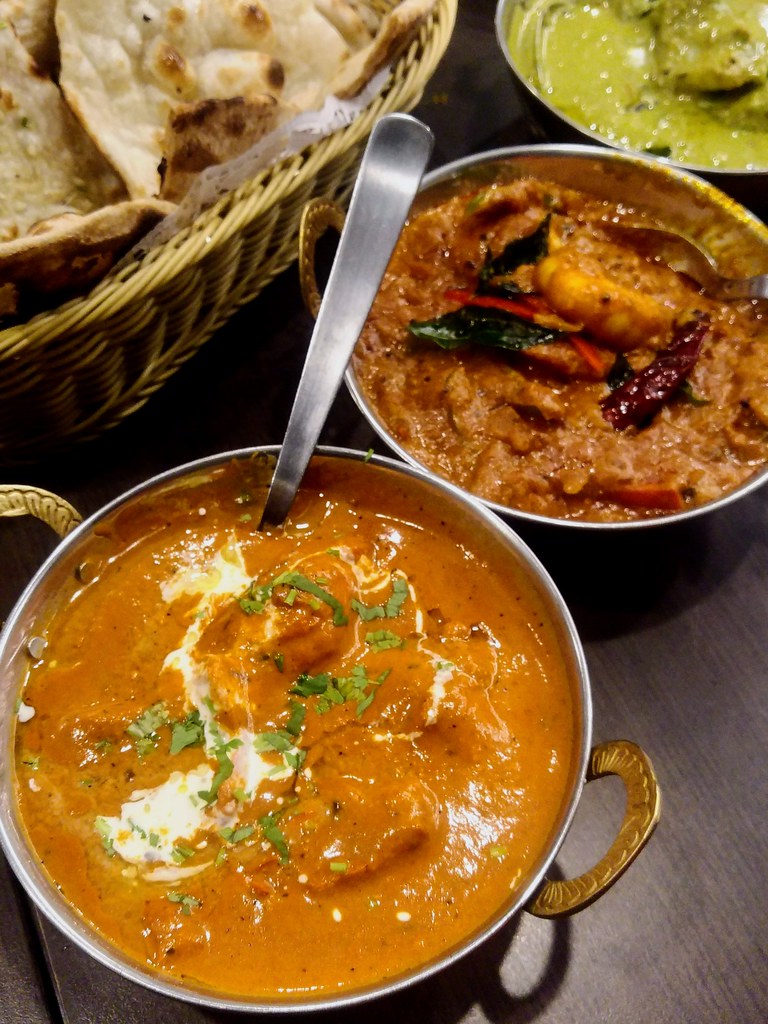 After all the dishes, we were ready for a lineup of well-loved Northern Indian classics. Among all, the highlight for me was the Butter Chicken ($14). The chicken was being barbecued beforehand, hence it exuded a strong hint of smokiness as I bite into it. Cooked in tomato sauce, the curry was bright with a well rounded tangy sweetness. That mingled perfectly with the smoky flavour of the meat. 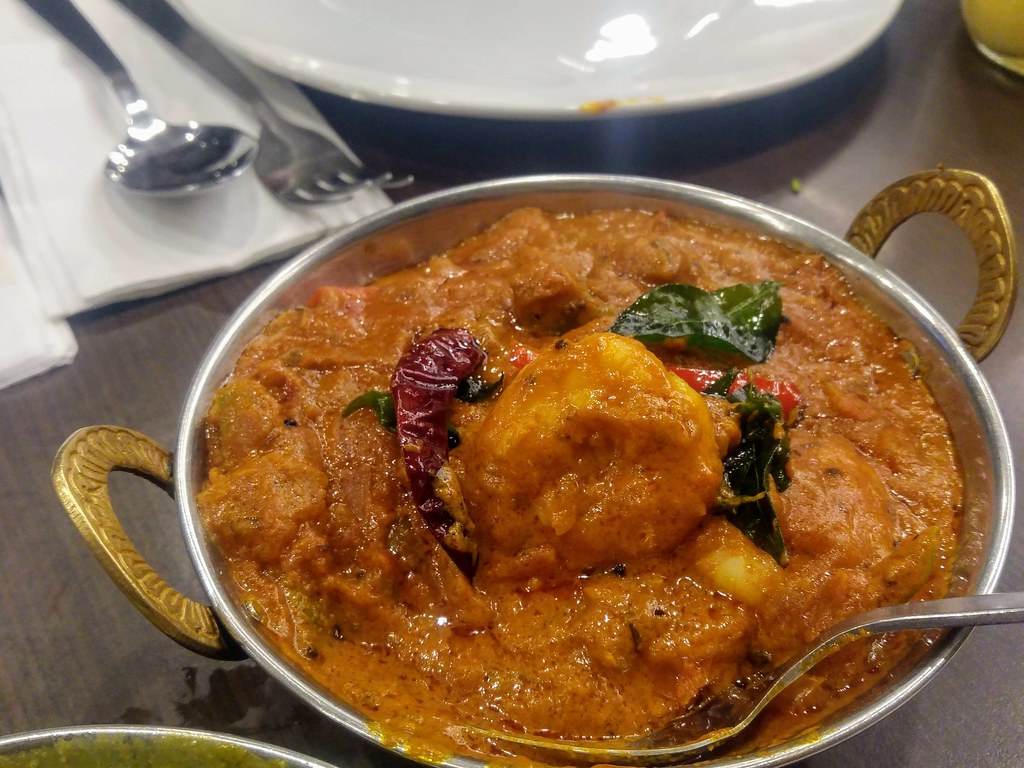 Prawn Masaledar ($18) is slightly similar to butter chicken which has a tomato based curry but given a dose coconut milk. Again, I like that level of piquancy in the curry, though it was mellower. 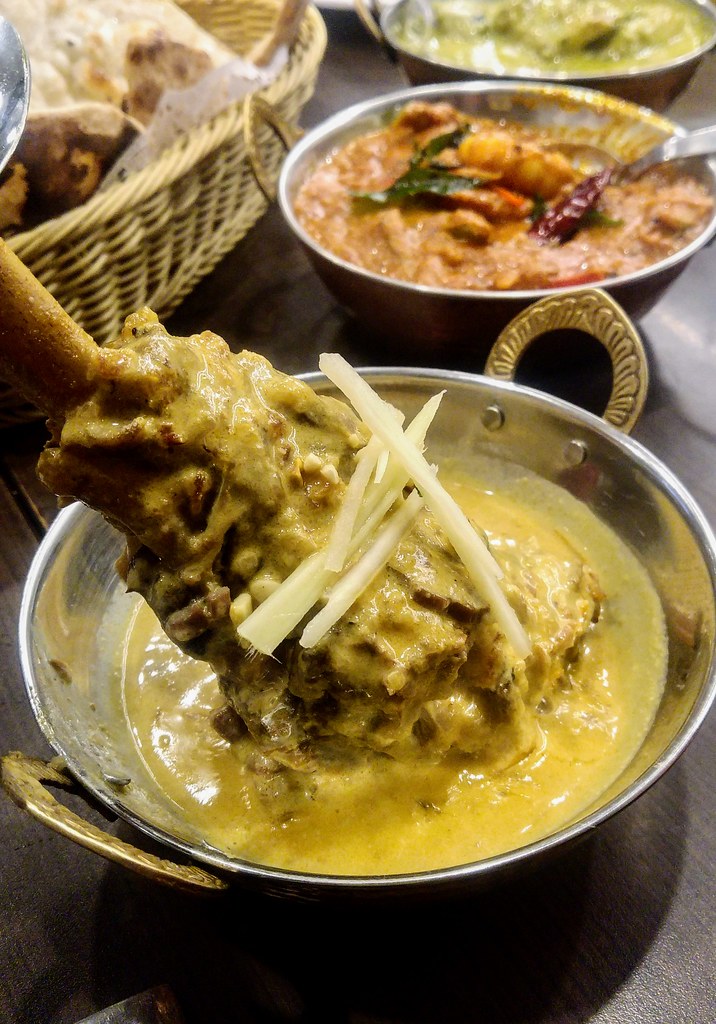 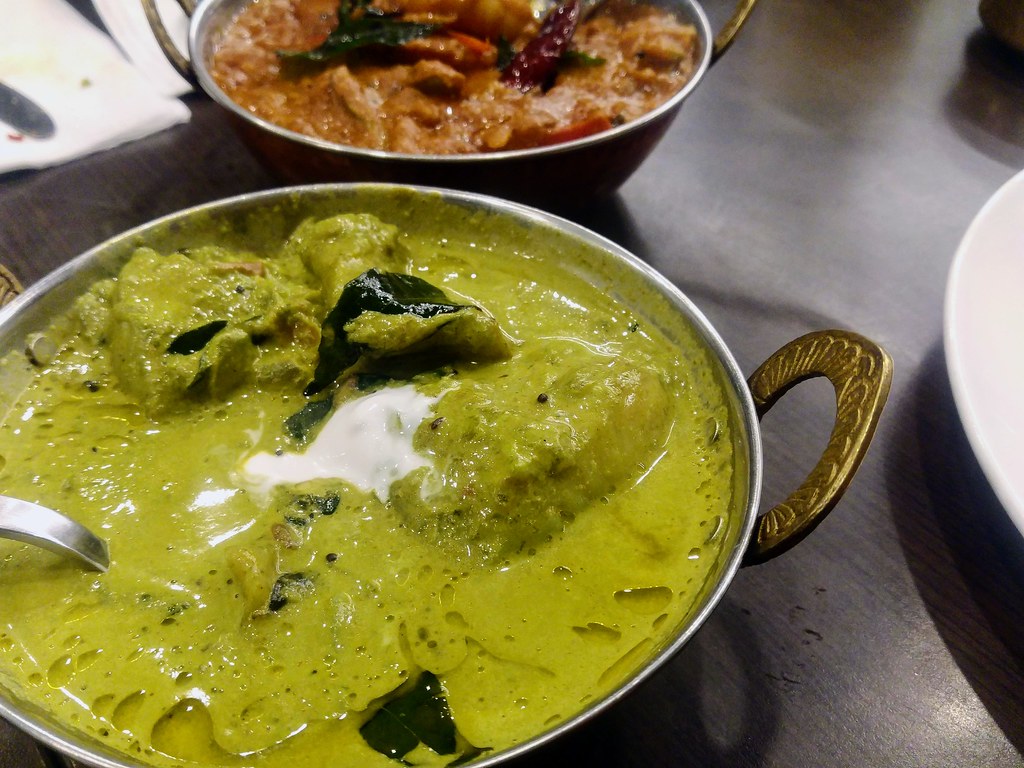 You can look forward to a good quality Lamb Shank ($16) which comes from one of the finest meat suppliers in Singapore. You may find the Muglai Fish Curry ($12) interesting, which probably reminds you of Thai Green Curry but I prefer a curry that is more robust. 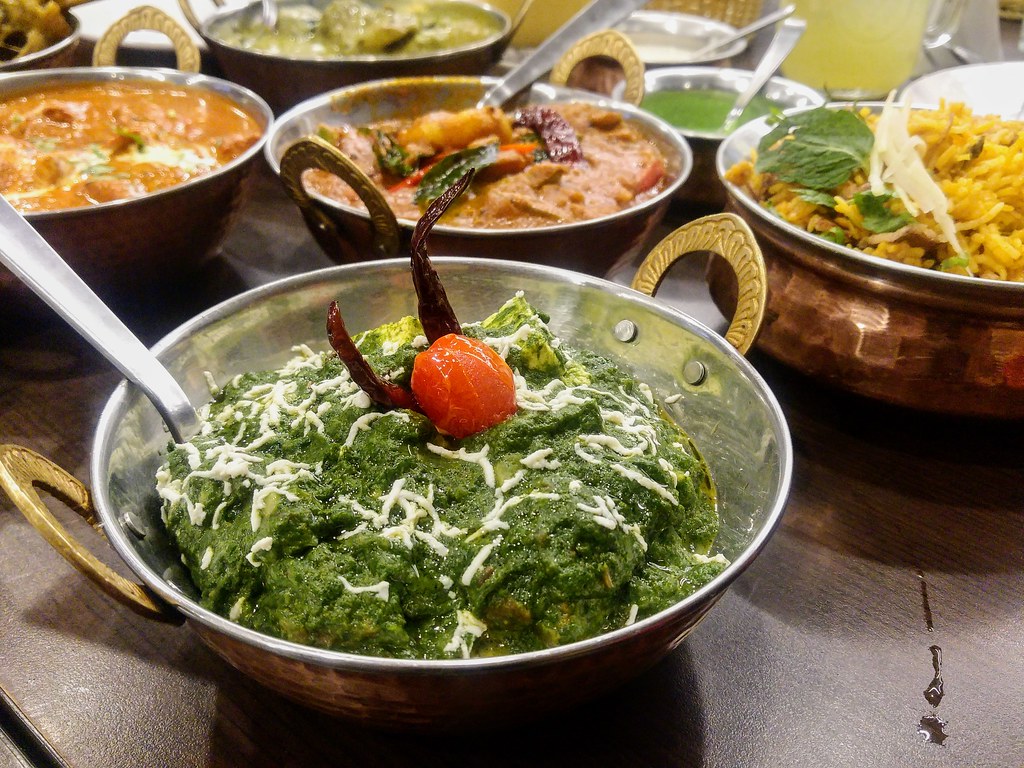 Their Palak Paneer ($10) is also one of the better ones that I have tried. It has a pureed consistency, unlike those creamier ones with cottage cheese cubes swimming inside. Blend with minced garlic, there is an additional layer of flavour built into it that makes it far more delectable than the rest. 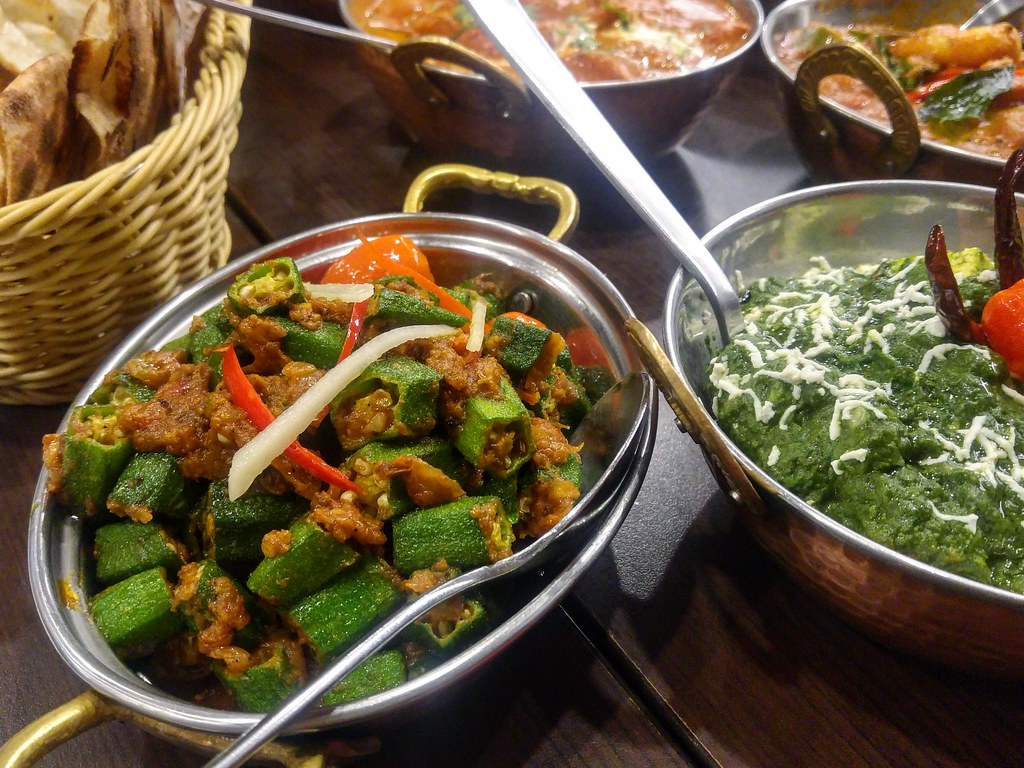 Bhindi Masala ($9) is ladyfingers, an ingredient that you either love or hate. It's tricky to cook it well to a right doneness while keeping it green and crunchy. If you like it with samba belacan, this will not disappoint. 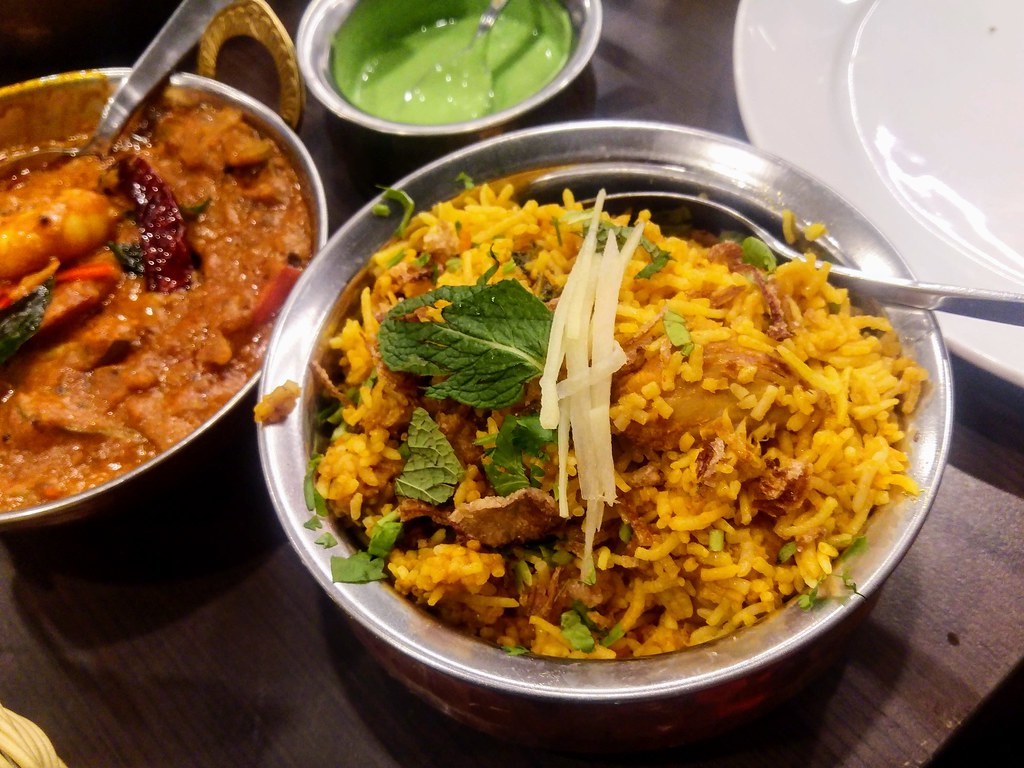 To go with all the curries and dishes, you can go for their Royal Chicken Dum Biryani ($12) but I would suggest skipping that for their moriesh Assorted Naan (Plain Naan $2.50 / Whole wheat $3 / Garlic Naan $3 / Butter Naan $3). Nothing is more engaging than sopping them with curries and savouring them with hands! 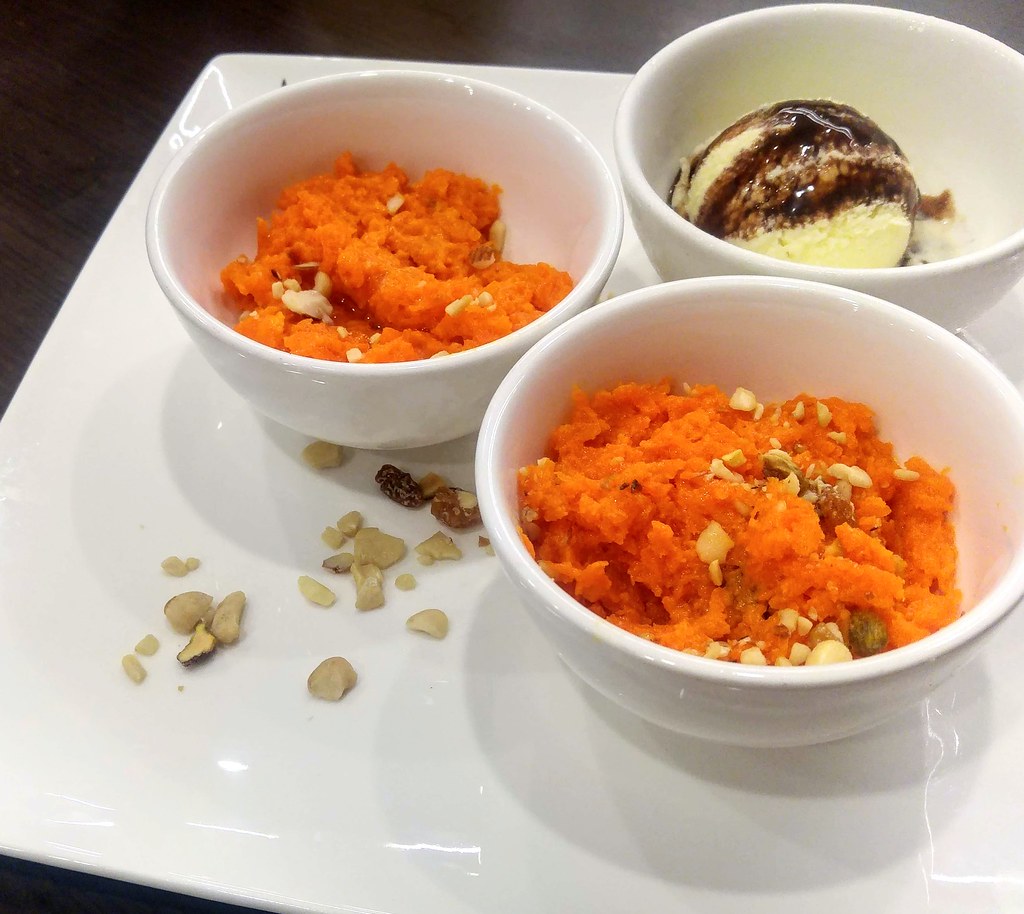 For dessert, we had a traditional winter time Carrot Halwa ($4.50) pudding that originated from North India. In North India, the seasonal carrot has a lot more water content but they managed to create the same using ghee, milk and sugar. 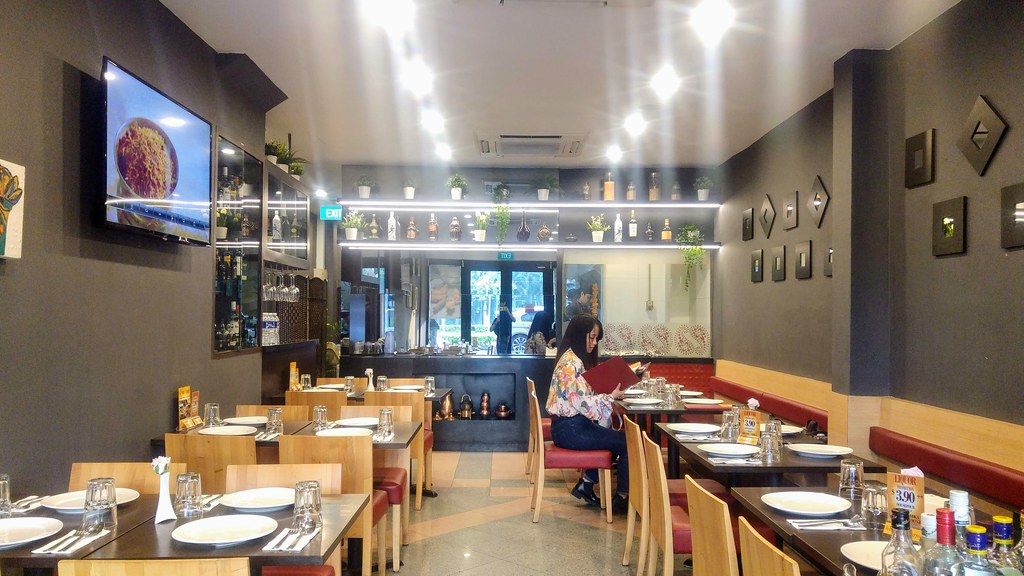 When there are so many restaurants in Little India that leave you clueless of where to dine in, simply head down to Indian Express for an authentic experience.

Words and photos by Si An. A girl who is allured by travelling, loves the feel of freedom, smell of the rain and the aroma of fine coffee and food. Note: This is an invited tasting.