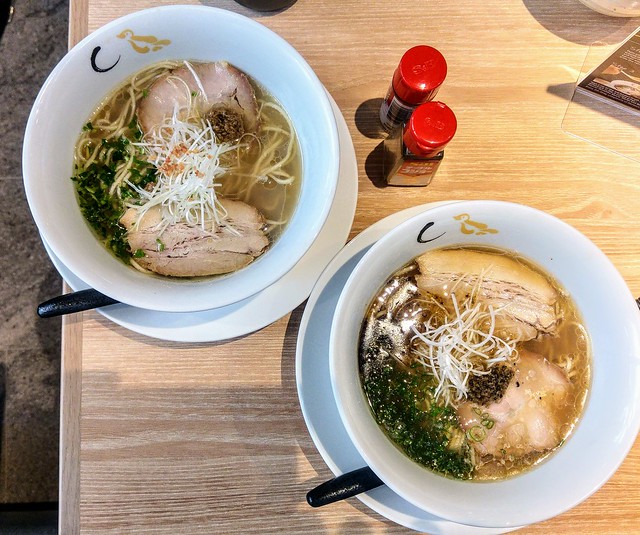 Our ramen scene continues to flourish with the arrival of Konjiki Hototogisu at CHIJMES. Chef Atsushi Yamamoto has come a long way, from selling a mere 5 bowls a day when opened in 2006 in Toyko, to earning the Michelin Bib Gourmand title consecutively from 2015 to 2018. Locally, it was also the Number 1 Ramen in Tokyo for 2016 and 2017 as well as the Number 1 Ramen in the whole of Japan in 2016. What make it Number 1? I believe it's Chef Yamamoto devotion to mastering the 3 main component of the ramen - Soup, Noodles, Cha Shu. 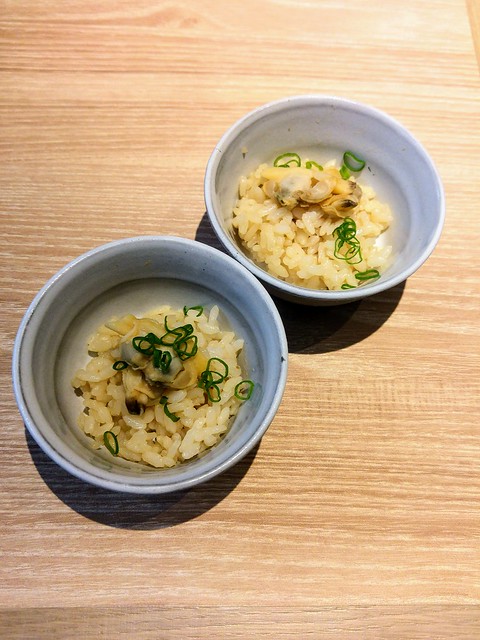 The signature Triple Soup - produced using selected premium Hamaguri clams, pork bone and Japanese broth. This combination creates a deeper umami flavor that you don't really taste in a regular tonkatsu broth. Each of us had a mini bowl of clam rice to prime our taste buds. 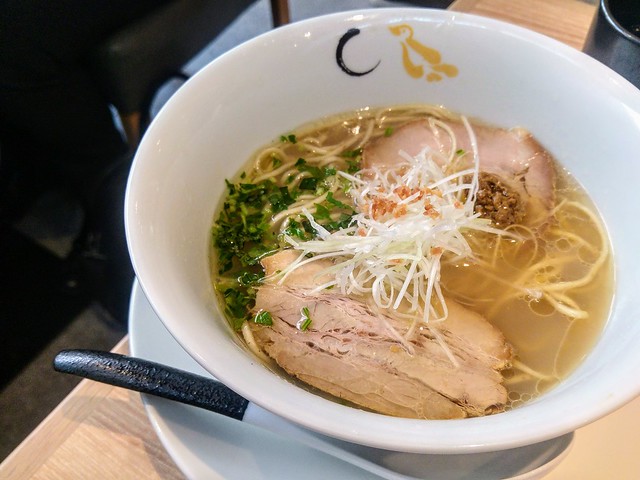 Indeed, as I brought the bowl of Shio Hamaguri ($14.90) towards my nose, that sweet umami fragrance was pronounced. Before you tuck in, be sure to read the instruction tablet on your table on how to appreciate your bowl of ramen. There are 4 basic steps - feel the warmth with your palms around the bowl, smell the aroma of the triple soup broth, sip the broth and taste the difference with the respective Porcini Duxelles Sauce, the herbs & the bacon bits, and finally mix everything up and slurp the noodles. The soup itself, though I must say it was still high on the salt level, has that additional depth of deep, savoury sweetness not found in a regular pork broth. 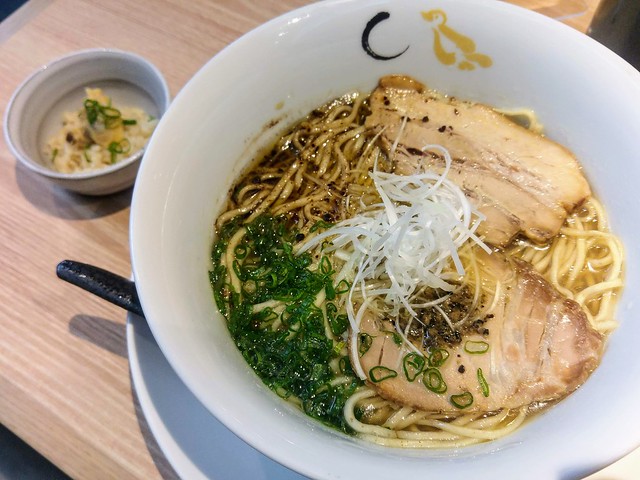 The Shoyu version comes with black truffle, spring onions and the shoyu. Although Shoyu Hamaguri ($14.90) appeared to be even more flavourful, I prefer Shio for its cleaner taste, which allows each component to seep through, such as the Porcini Duxelles Sauce that enhances the aroma and imparts earthiness to the broth. I also like how the basil from the herbs accented the soup with its minty and peppery nuances. 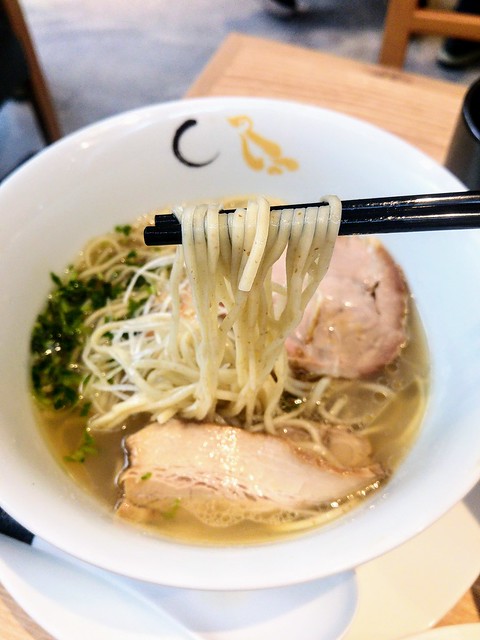 Shifting the spotlight to the housemade noodles - Made from a special 'haru-yo-koi' flour from Hokkaido, which explains the brown specks on the noodles, this wholegrain noodle is like a hybrid of soba and thin ramen noodles - wholesome, light, nutritious but carry enough weight to satisfy your cravings for ramen. I love it. 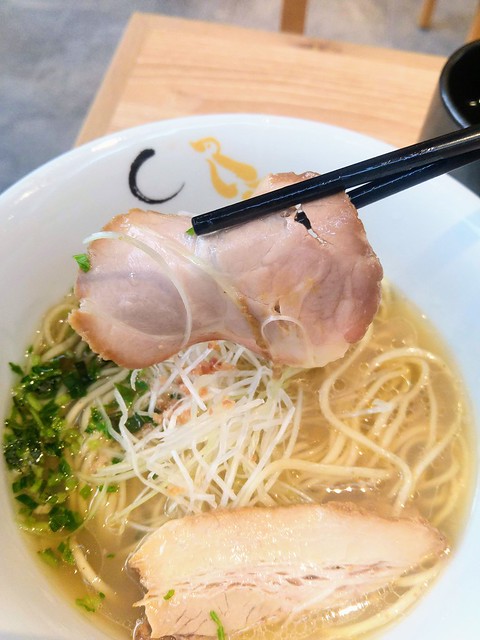 Hamaguri ramen comes with 2 types of cha shu - the regular and the low temperature. Though the regular is lined with more flavourful fats, the latter is just as tender, and fall apart with great ease in my mouth. 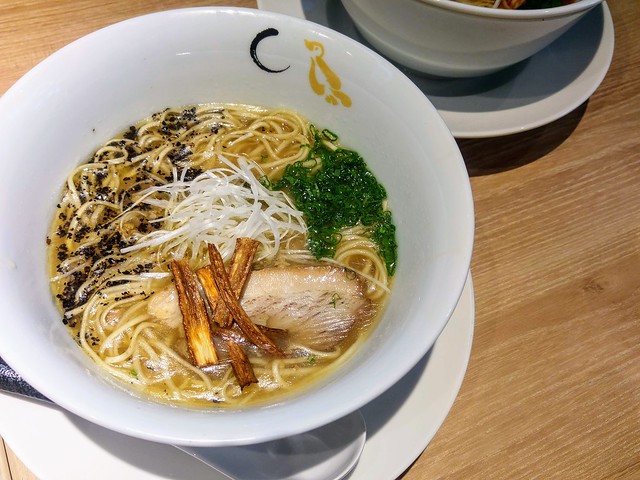 Tonkatsu broth-base ramens are available too, with one exclusively created for us - Tonkatsu Smoke and Pepper ($13.90). Smoked using Sakura woodchips, the minced meat topping imparts a smokey hue into the broth. It's intriguing to taste that 'smokey bacon flavour' in the soup, alongside with the black pepper accent. The fried burdock strips topping was moreish. 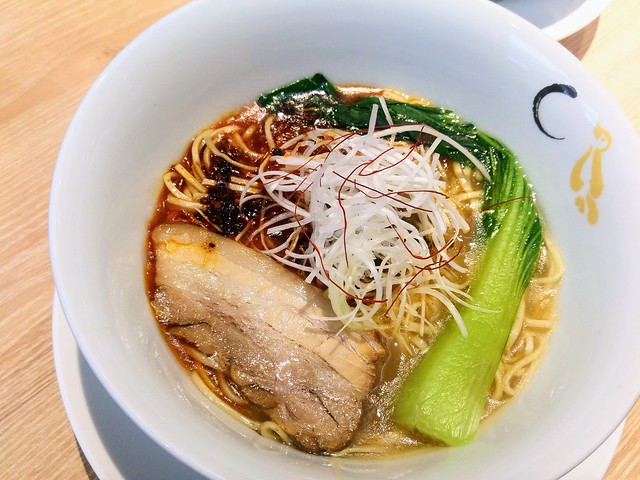 The Tonkatsu Spicy ($14.90) here has its own characteristic as well. While some spicy ramen are simply added with chilli oil, the spicy minced meat topping is similar to a grainy spicy miso paste. It doesn't just add heat but along with some sweetness and tanginess to the soup. 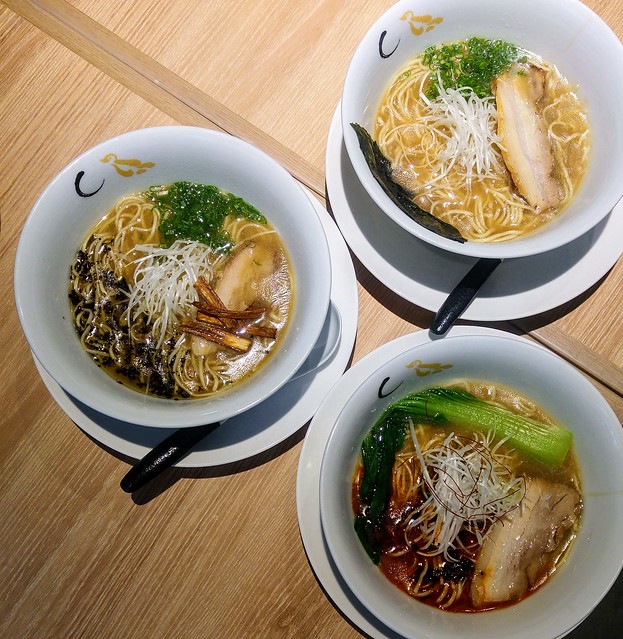 Garnishes with minimum toppings, the 3 main components - soup, noodles and cha shu each stands out in its own right and together they form a fine bowl of ramen. What a stark contrast to a recent bowl of ramen which I had tried, which was a case of too much doesn't mean good. Konjiki Hototogisu Ramen has managed to create ramen with a rare elegance. 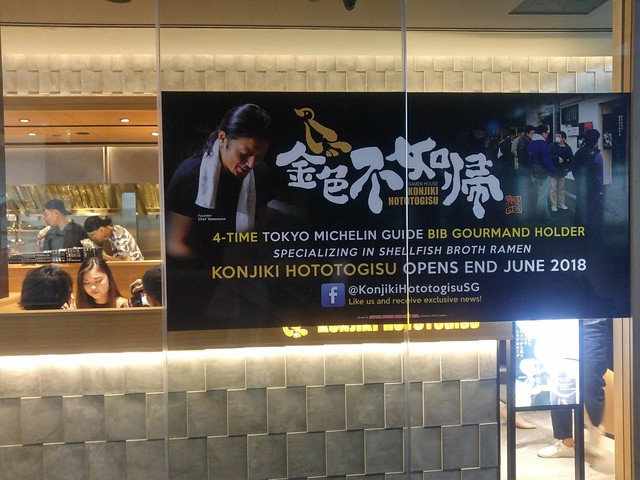