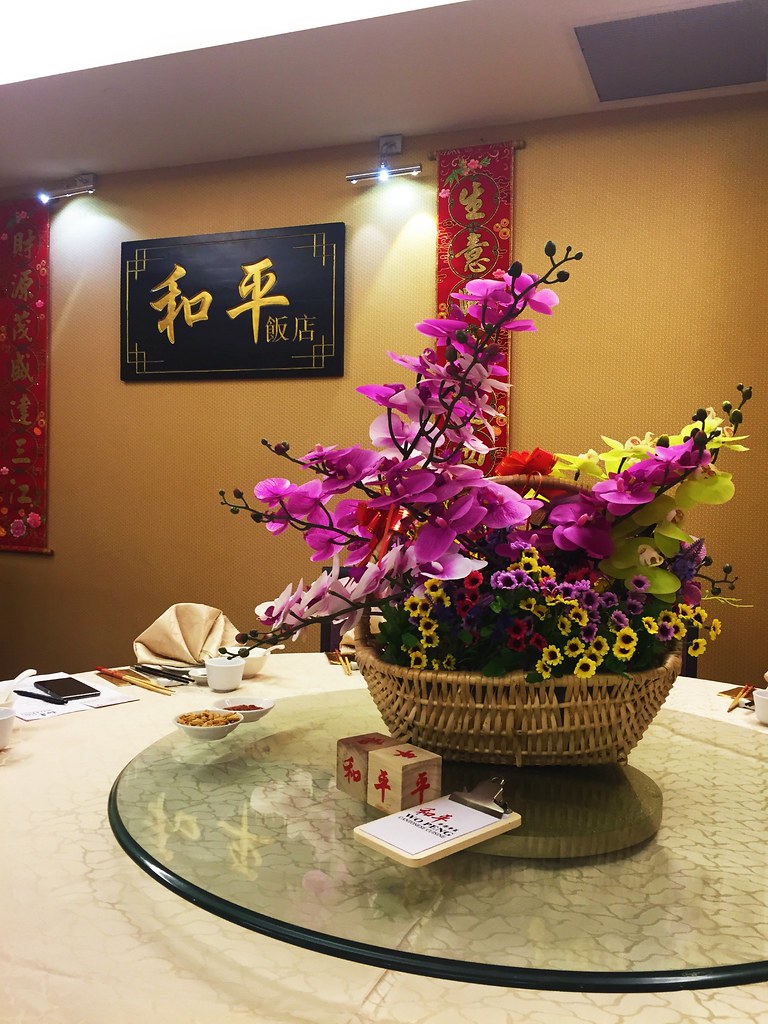 Sometimes a restaurant’s look is determined by the whims of its owners, sometimes by the concepts and plans of the marketing team. But there is a third type, where the sheer weight of a tradition of cuisine soaks into the decor as well. Wo Peng Cuisine is of this last type. The deep space it occupies on the third floor of Furama City Centre is a visit to the sort of Cantonese restaurant still prevalent in Hong Kong but dying out in Singapore - pastel tones, trolleys of all sorts, extensively upholstered and clean and yet a little ramshackle. There’s even a wooden signboard, and couplets for the Chinese New Year.

And honestly, for me this would be enough in itself. The nicest meals of my childhood were mostly eaten in places that looked like this, see (in Singapore, not Hong Kong). So I’m already expecting good things from it, even before they remove the massive, garish flower arrangement from the lazy Susan to make space for food.

Wo Peng has a long history, but its current incarnation is inextricable from its chef and owner, Mr. Julian Tam, who acquired the place in 2010. The winner of a Hong Kong platinum award, he comes at his CNY menu from a traditional angle. The dishes we have are, for the most part, fully and unabashedly Cantonese, with any tinkering kept to single components. It feels measured, maybe even a little cautious. 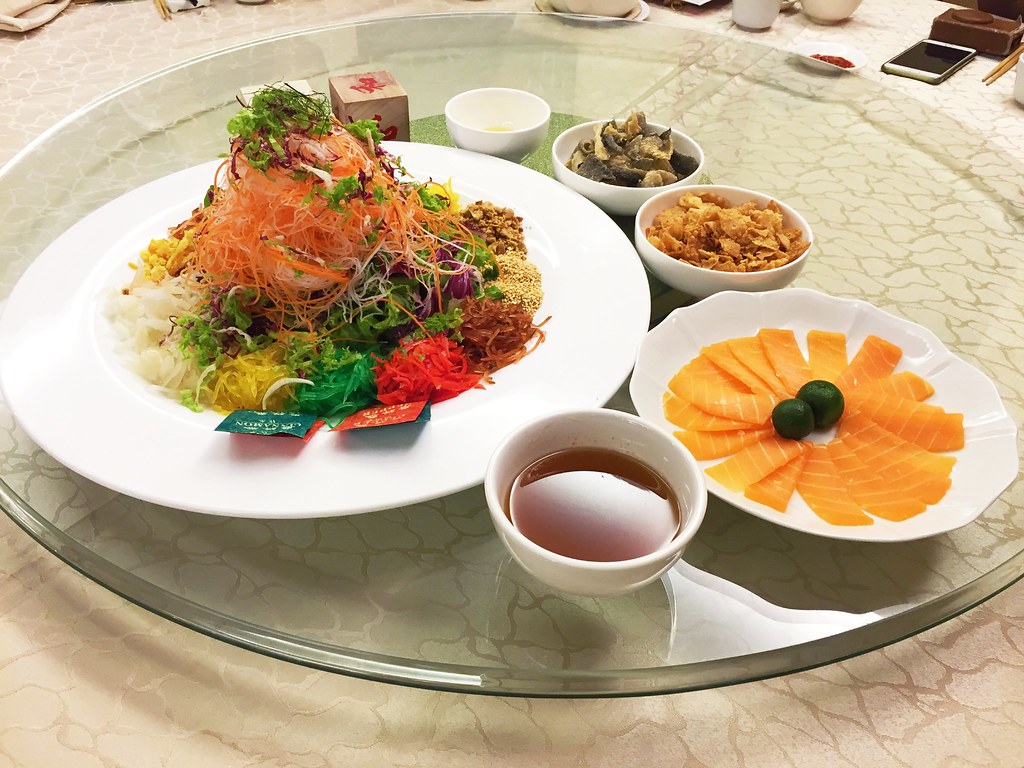 Besides, the background of tradition makes even the small tweaks stand out. Yusheng, for example, comes with all the accoutrements, but also trend-ticking deep fried fish skin, airy crispness with no grease. But the surprise comes in oddly regular slices of ‘salmon’ that turn out to be vegetarian, yet mimics the fish very well - down to the slight hint of seawater and fish oil. With the dressing and additional bite from lettuce leaves, it feels a lot more like salad than the traditional yusheng - light and sweet, with plenty of citrus and plum flavours from the dressing. Special price for takeaway $48. 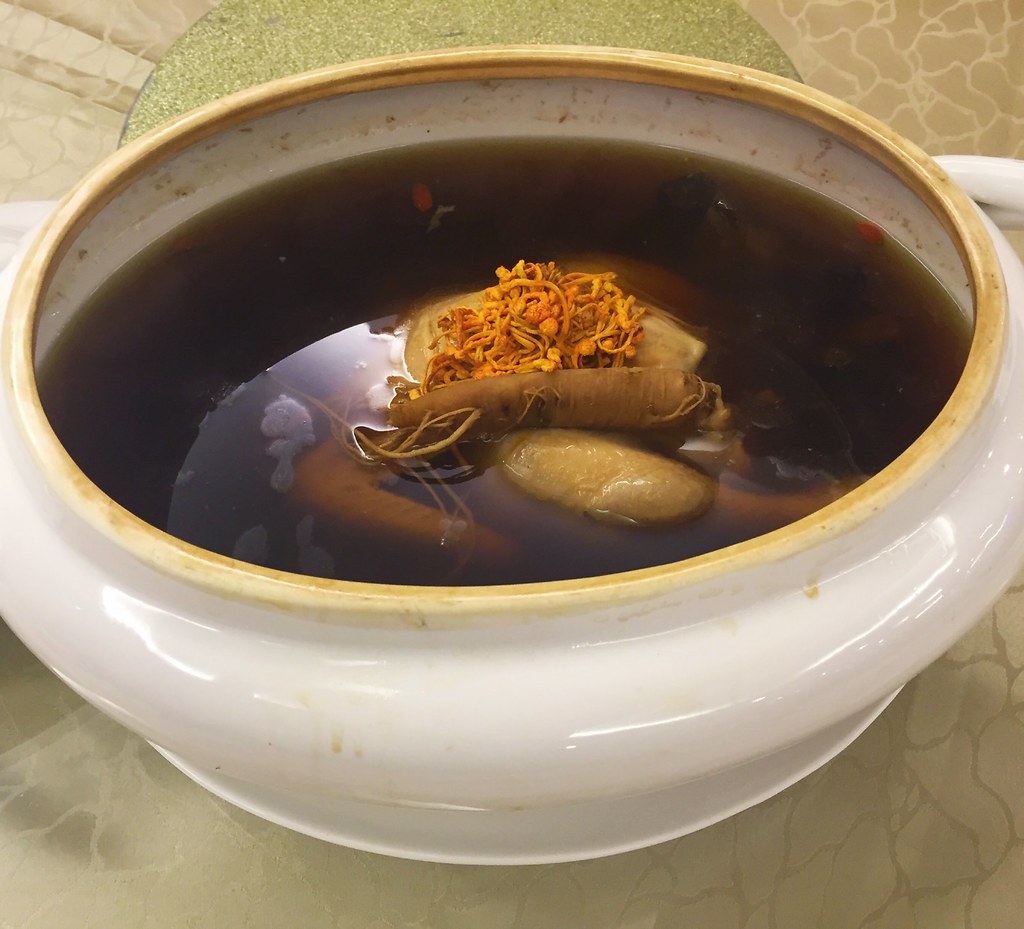 The next dish would be instantly familiar with fans of the Korean samgyetang, except for its stock - dark and rich yet still clear. Chicken, stuffed with glutinous rice and ginseng, is cooked with goji berries and dates in a broth of Chinese ham, pork and mature chickens, topped with saffron-coloured cordyceps. It sounds like expensiveness for expensiveness’ sake, and yet everything has a part in the final product - the chicken fall-apart tender, grains of glutinous rice boiled to plump fullness, and a tinge of sweetness from the dates and goji to moderate a soup already packed with umami. Special price for takeaway $68. 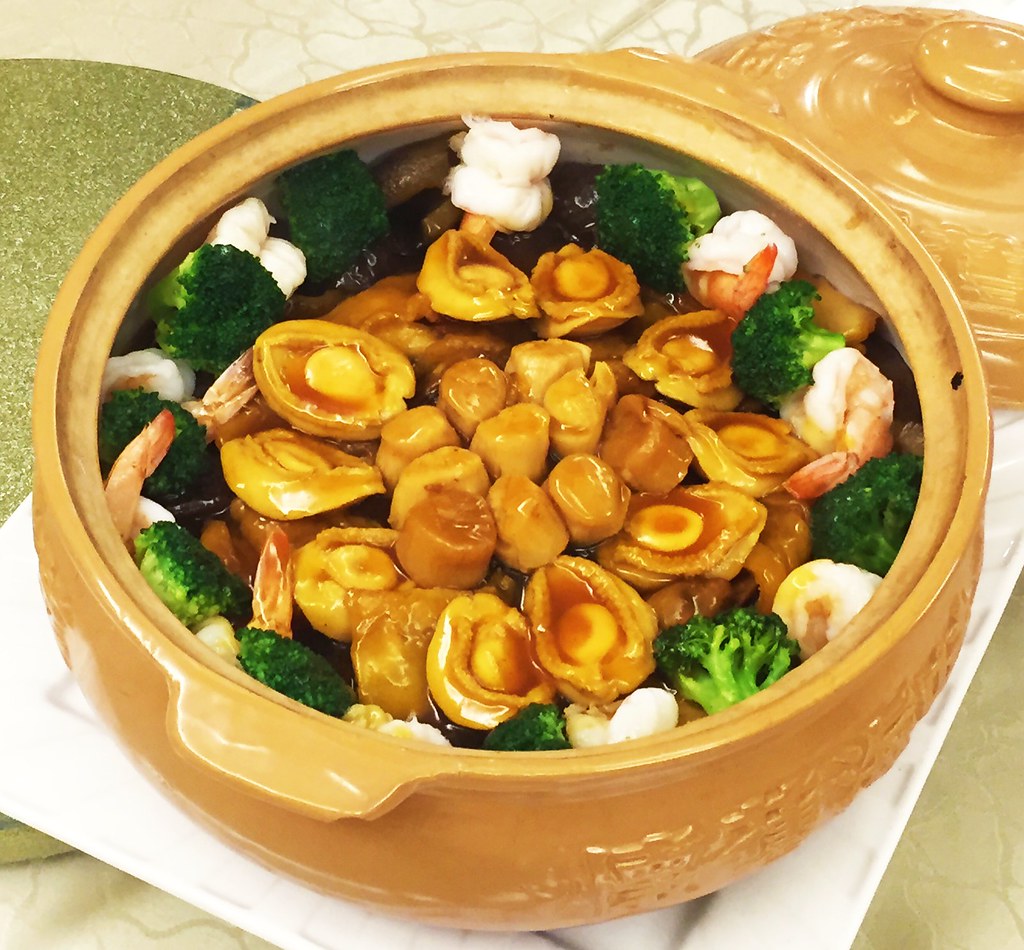 The Japanese get the word for umami from the Chinese xian, and Poon Choy exemplifies how Cantonese cuisine is centred around xian. Wo Peng claims to be the first to have introduced this dish to Singapore from the walled villages of Hong Kong, and again it is a long list of ingredients, as befits its status as a festival food. The textures are remarkably well preserved, from the simple bite of napa cabbage leaves at the bottom, to springy sea cucumber, tender abalones and fish maw that has soaked up the viscous sauce like a sponge. But my favourite ingredient is the scallop, falling apart into little threads with a slight touch. Special price for dine-in $38.80 per pax (min 2 pax). 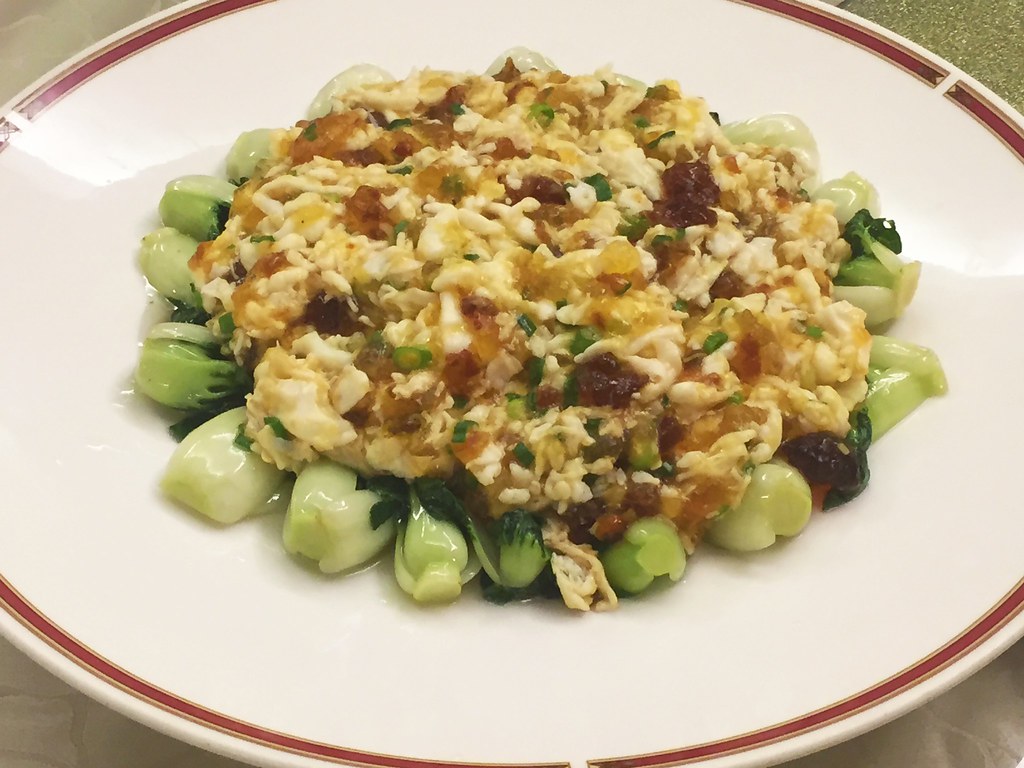 Peach Resin ($28) is a completely new ingredient to me. The solidified sap of peach trees, chipped off the bark into little, amber coloured nubs, it is rehydrated and then gently poached with egg whites here to make a delicate sauce served over baby bok choy. And delicate it certainly is, but coming after the poon choy and chicken, which are both skilful and powerful, this dish did not really make an impression. Or maybe my tastebuds have already been blunted at this point. 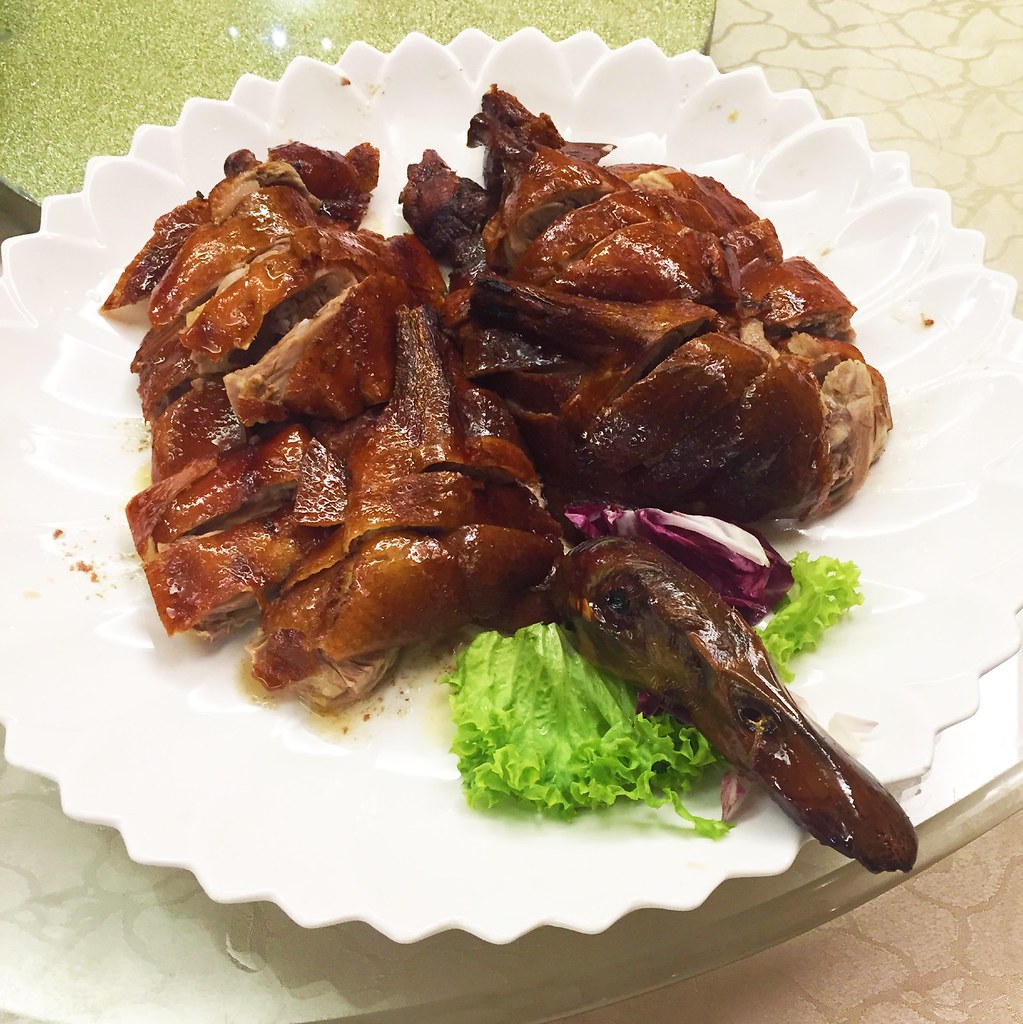 Camphor Tea Duck ($68) is another skill test of a dish, a Sichuanese rendition of the Cantonese staple where the duck is first smoked over camphor twigs and tea leaves. The resulting duck looks a little darker and less glossy, but the smoke has done its work, leaving a distinct fragrance and tightening the skin and fat. The meat within is juicy, with little hits of salt throughout. 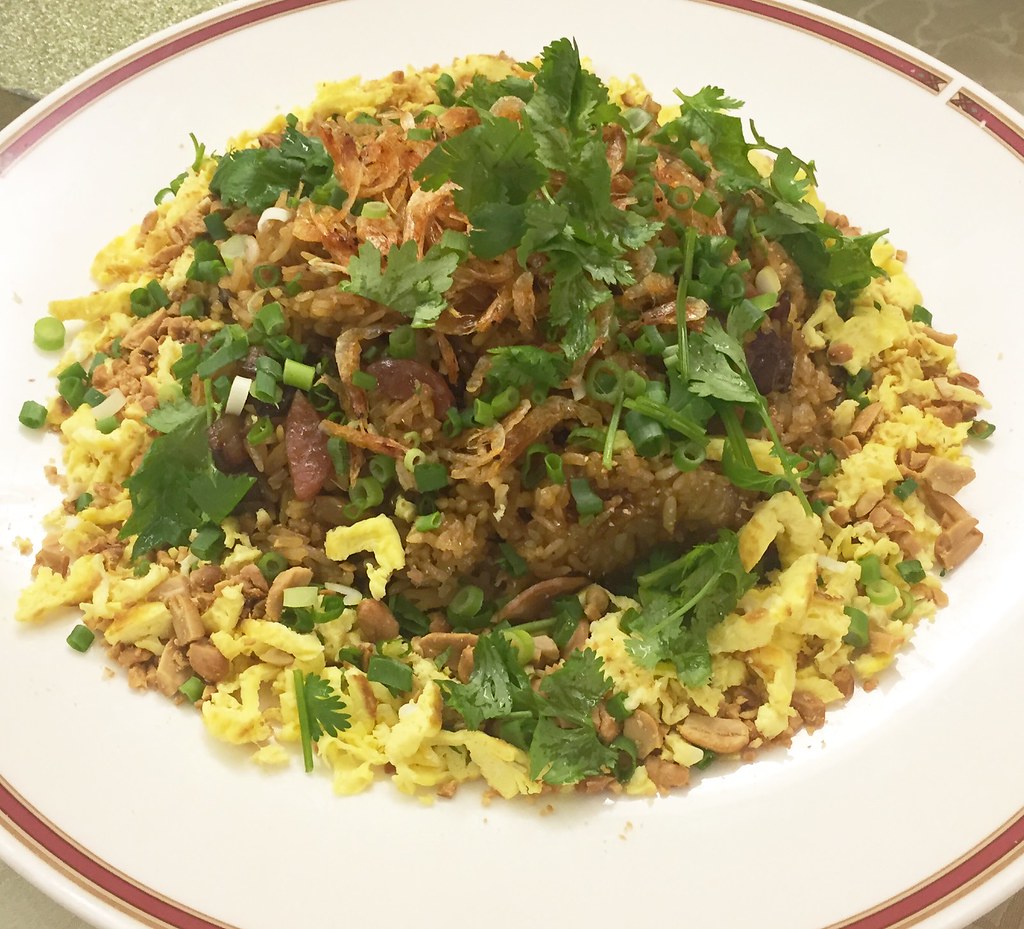 To be honest, by this point of the meal we were all well stuffed, and the prospect of more glutinous rice was a little worrying. But the Fried Glutinous Rice, with ribbons of egg, did not feel hefty or bloating at all, though most of the flavour came from a liberal scatter of sakura shrimp, and also sausages - both the standard, crimson lap cheong and dark liver sausage. This is the only form of pork liver I can stomach, and its sweetness has permeated the rice nicely too. Special price for takeaway $22. 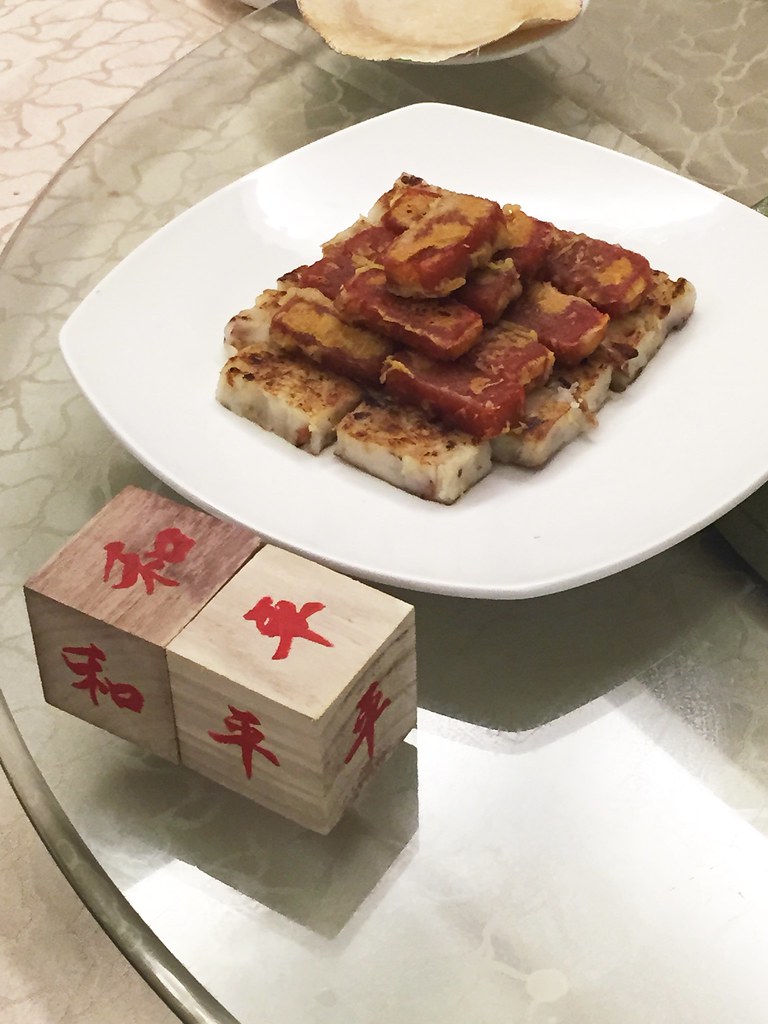 Served in a little stack like the gold ingots we all hope we’ll get this year, the Nian Gao ($19.80) round things off nicely with a whiff of coconut in the yielding, gooey centre, wearing a thin, crisp jacket of batter. Yam Cake ($18.80), meanwhile, is nicely grainy and studded with more diced meat and sausage.

Wo Peng’s new year menus (they are open as usual for the CNY holidays), with these dishes and more, range from $368 for 6 and $598 for 10. This money isn’t going to buy you some super-experimental, innovative cuisine. But that’s one of the ironies of any new year celebration; we meet each new year with wishes that are really the same old wishes - good people, good times and good food. So if what you want is sea cucumbers that bounce, scallops suffused with deep flavours and a place that looks like the good old days - well, that happens to be just what Wo Peng does.