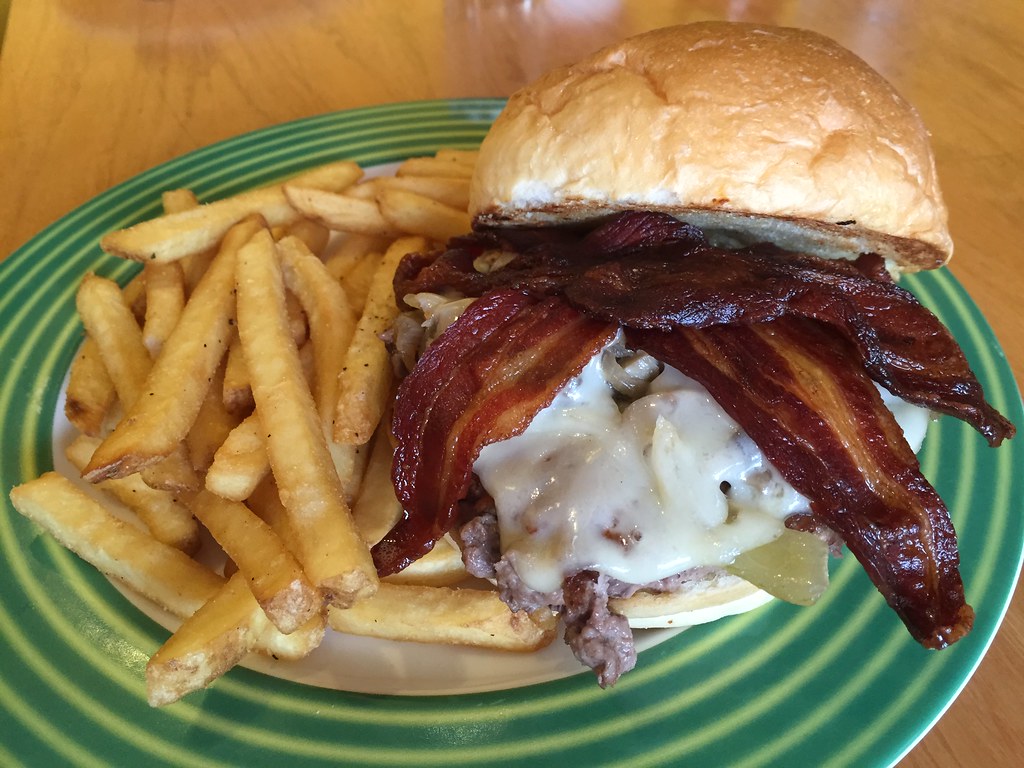 Applebee's, first opened in Singapore is 2010 at TripleOne Somerset, has relocated itself to CHIJMES. Specialising in American style cuisines such as grilled meats and burgers, it is one of the biggest American chain restaurants with more than 2000 outlets worldwide. With most items $13.90 and below, I would think it is one of the more affordable dining places in CHIJMES. 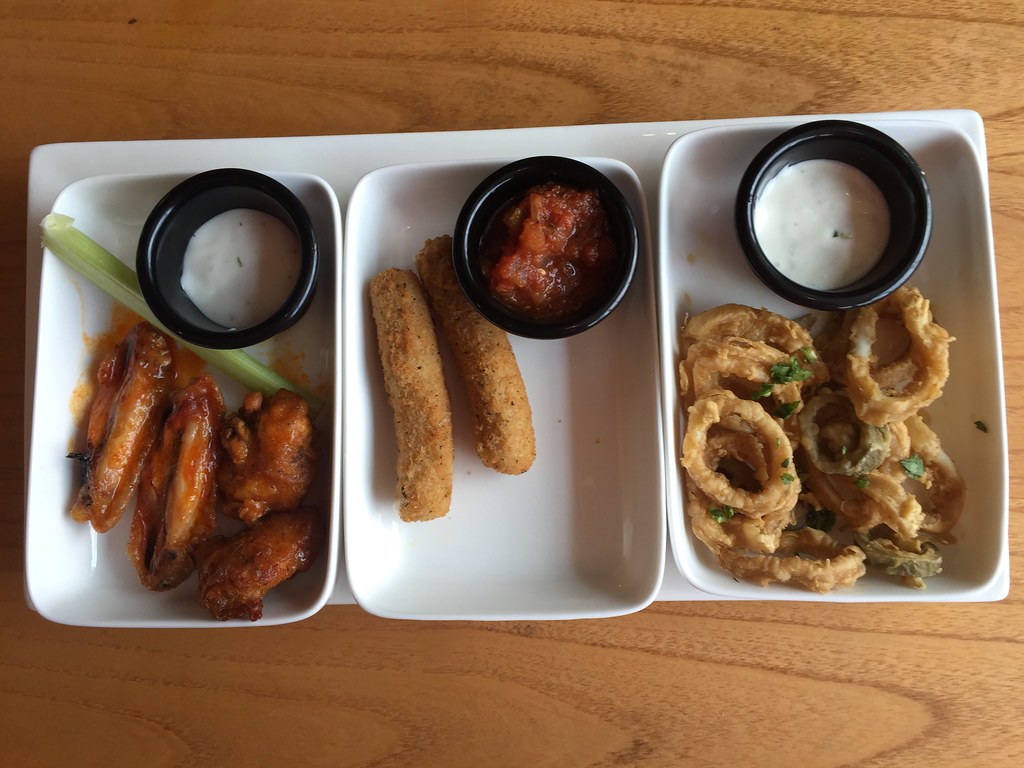 We started off with their Ultimate Trios ($20.90++). We had Fried Calamari with Jalapeños, Buffalo wings, Mozzarella sticks. They came to me looking rather dry, and they did taste just as they looked. The saving grace was when I was served an additional Spinach & Artichoke Dip and tortilla chips. I couldn't really detect the artichokes, but the warm melted cheese together with spinach was really tasty. Something rather unique to Applebee's. I would recommend this for a starter. 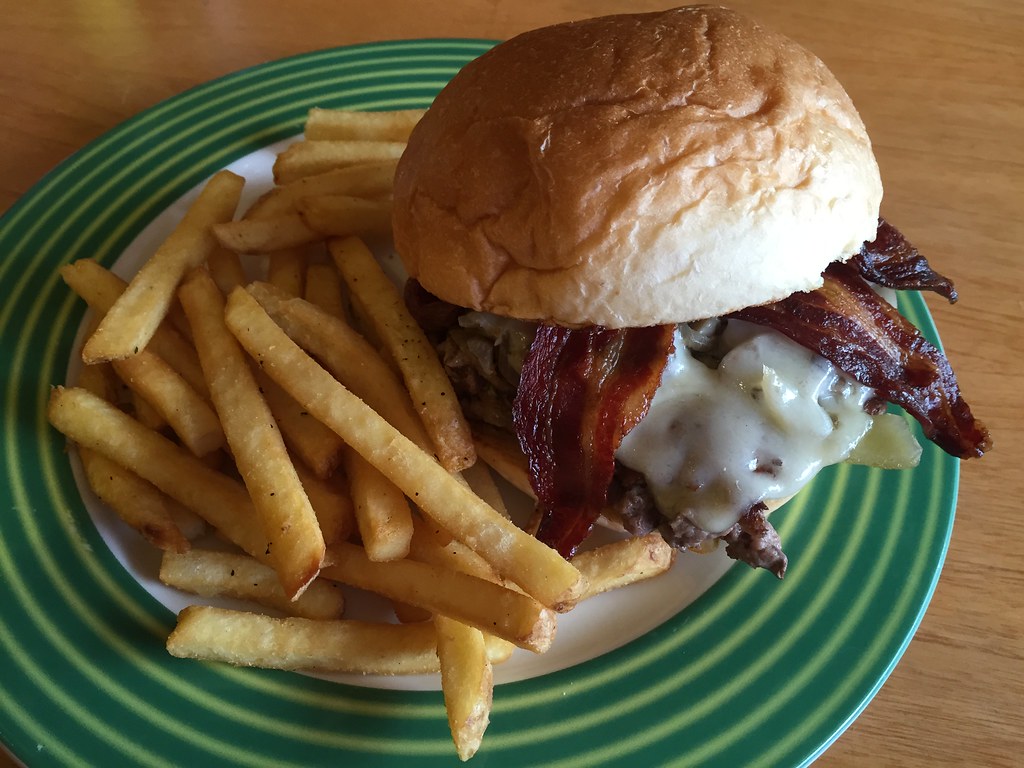 For mains, we ordered their Bourbon Black & Bleu Burger ($13.90++) and Fire Grilled Cedar Salmon ($13.90++). All their burgers do sound real messy and hearty. For example, ours assembles bourbon caramelised onions, mushrooms & red bell peppers, glued with Jack Cheese, blue cheese crumbles, and finally topped with smoked bacon. I like the toasted buns. Unlike those commercially produced white buns that are usually heavy and lack texture, theirs is fluffy and light. What disappoint were the patty and bacon. Perhaps the chef didn't watch his fire well. Both were overdone and we did request for the patty to be "pink". 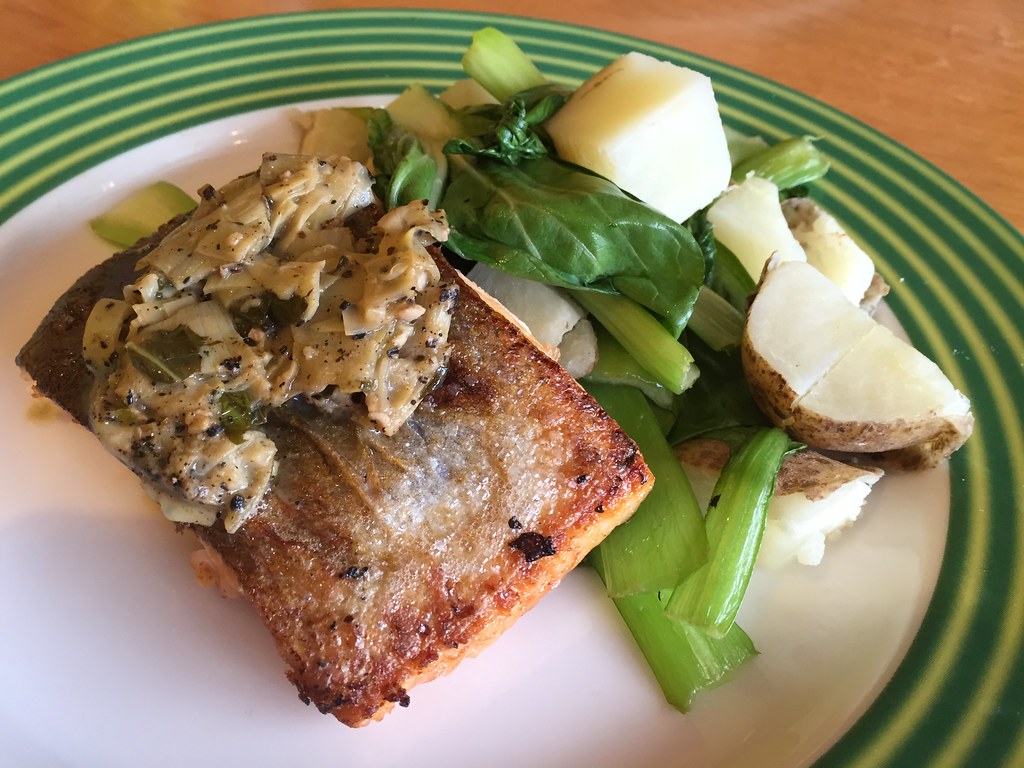 As for the salmon, nothing about it tells me that it was fire grilled. I even checked with the staff to confirm that this is the right order. Instead of "a medley of vegetables and herbed potatoes", it was more like steamed Chinese vegetables and plain potatoes. I think more attention needs to be given to food presentation. I think the preserved artichokes topping on the fish, which is quite appetising. The fillet had a nice crisp skin but meat was too dry. But at least the portion is quite decent, more substantial than some other western restaurants of similar price point. 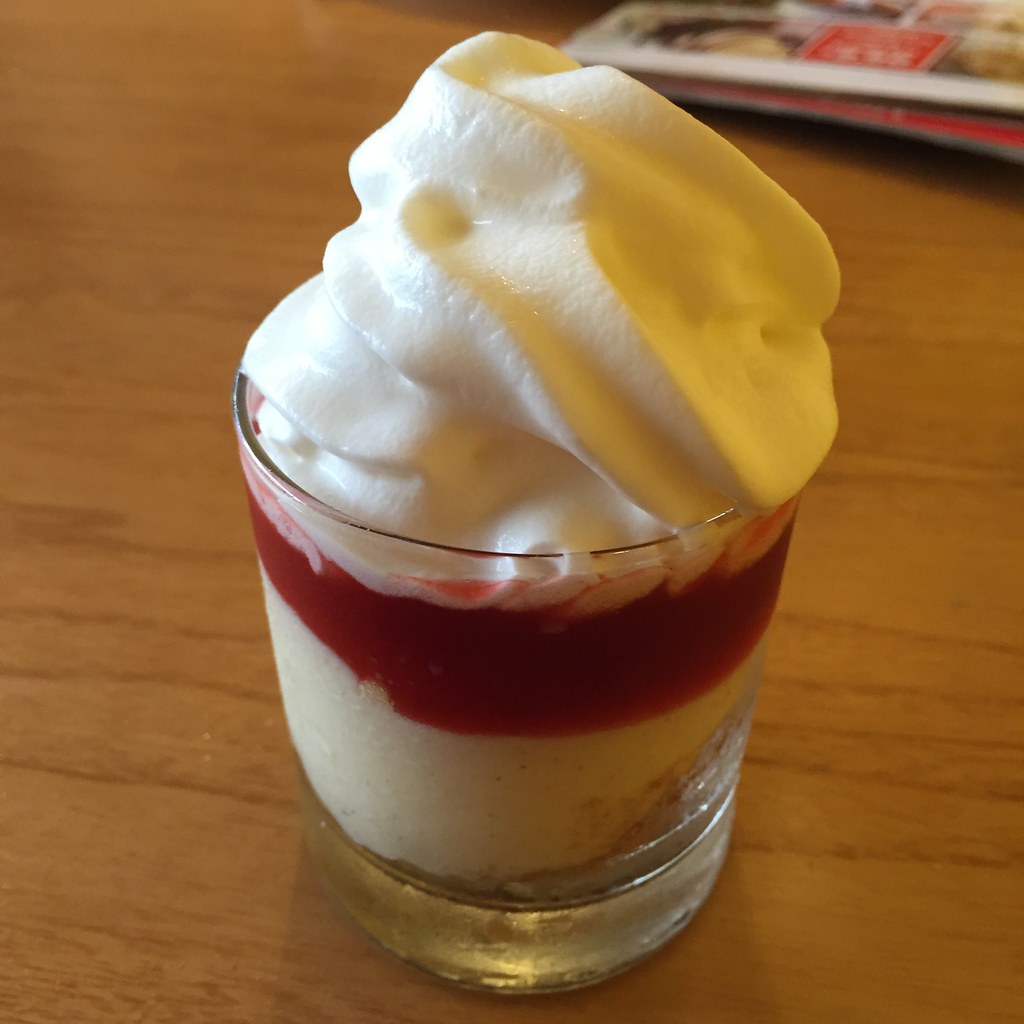 For desserts, we had Strawberry Cheesecake ($4.90++) 2 and Blondie Bite. The cheesecake is more like a vanilla mousse which taste like a strawberry sundae. A more generous scope of ice cream would have made the Blondie Bite more pleasing. 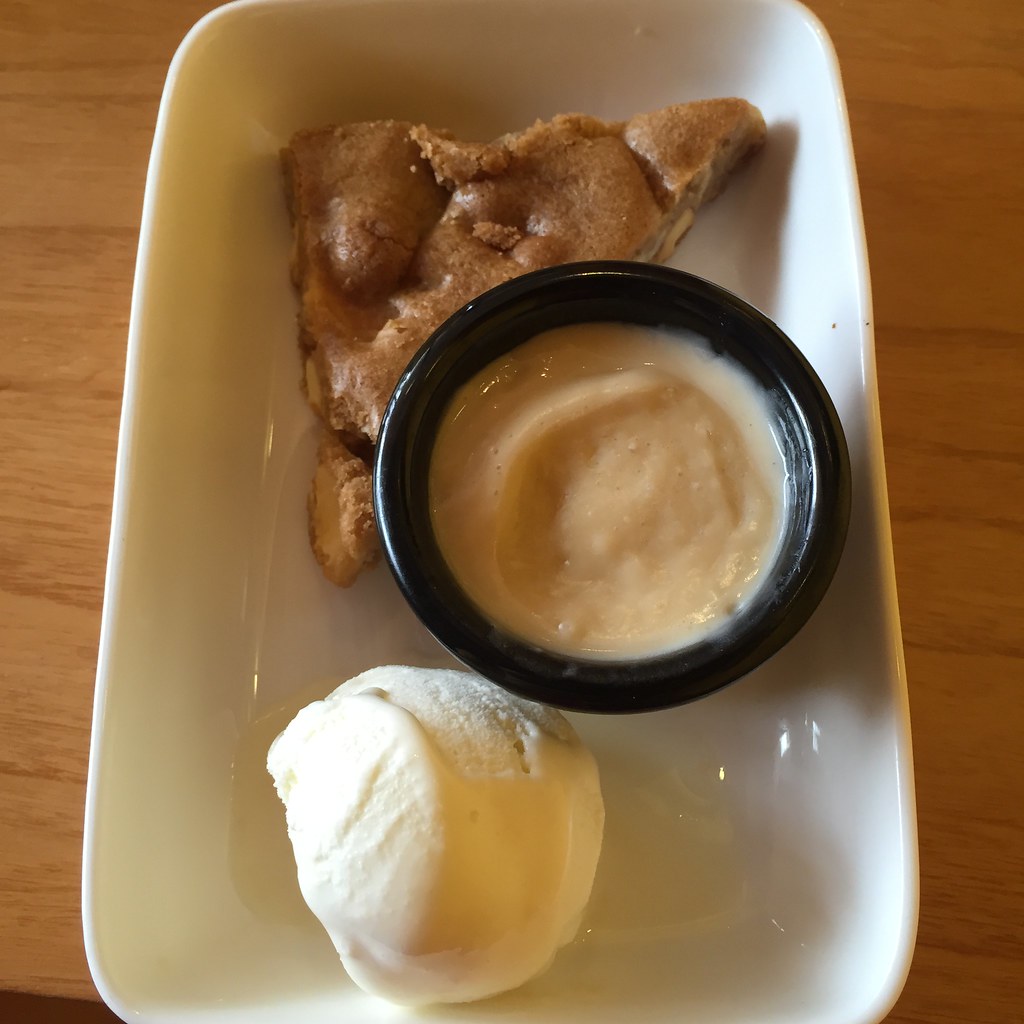 Applebee's, with its pocket friendly menu and a large alfresco area, it is quite an affordable option in CHIJMES for gatherings. If the the chefs can be more attentive to his food, this place will worth a second visit.

Photography and Written By Si An. A girl who is allured by travelling, loves the feel of freedom, smell of the rain and the aroma of fine coffee and food.