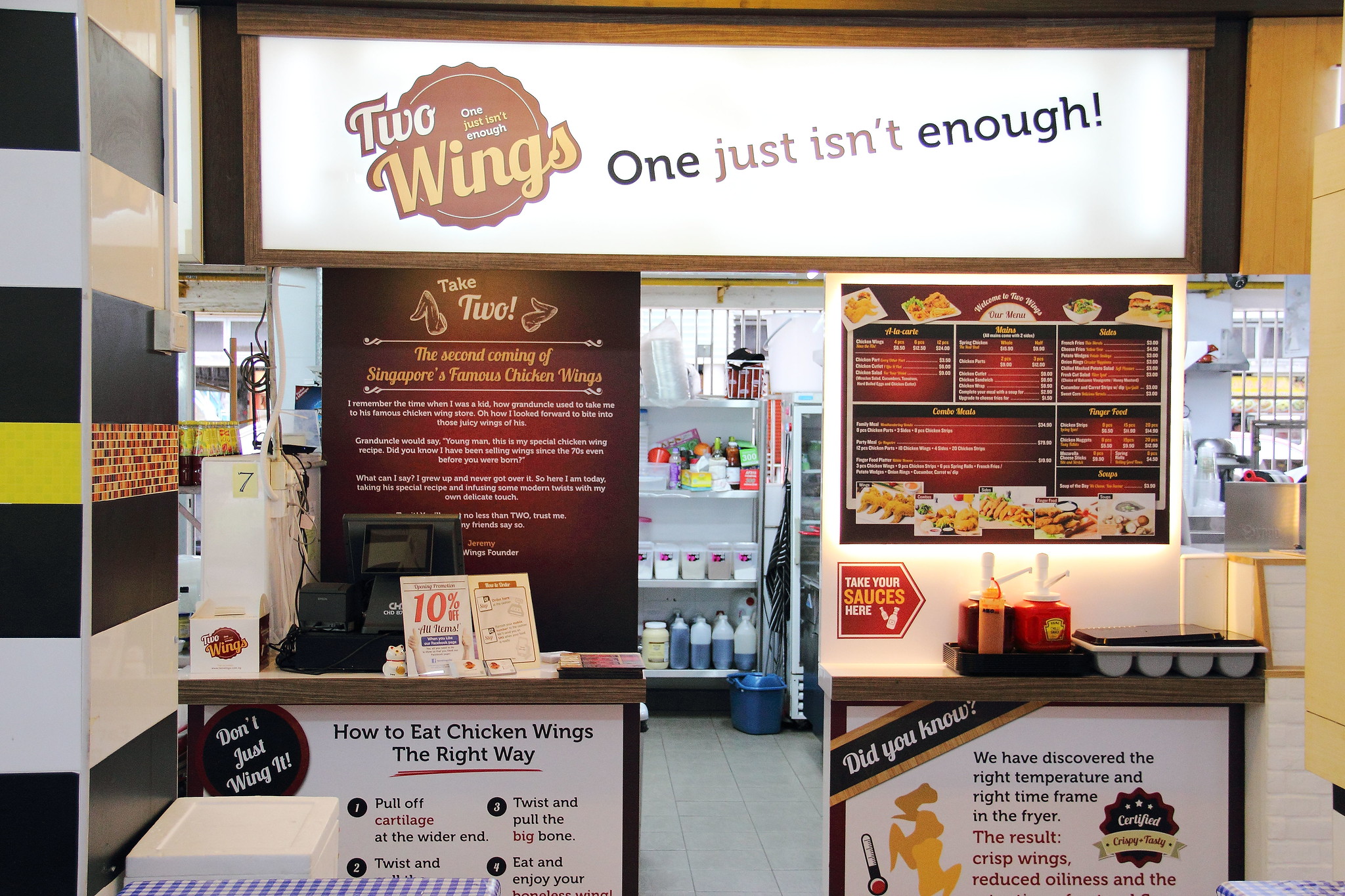 Once upon a time there was a grand master who taught his three disciples all his skills and each went their separate way after mastering his skills, making a name for themselves. Like the scene of some martial arts story, a similar story unfold at the newly opened Two Wings at block 119 Bukit Merah. Stall owner Jeremy has learnt the secret family recipe from the same grand uncle that has taught the original owner of Carona Chicken and an extended family member which owns Victor Fried Chicken Rice. Of course the family member that started off Carona Chicken eventually sold the business which later became a franchise chains and now defunct. 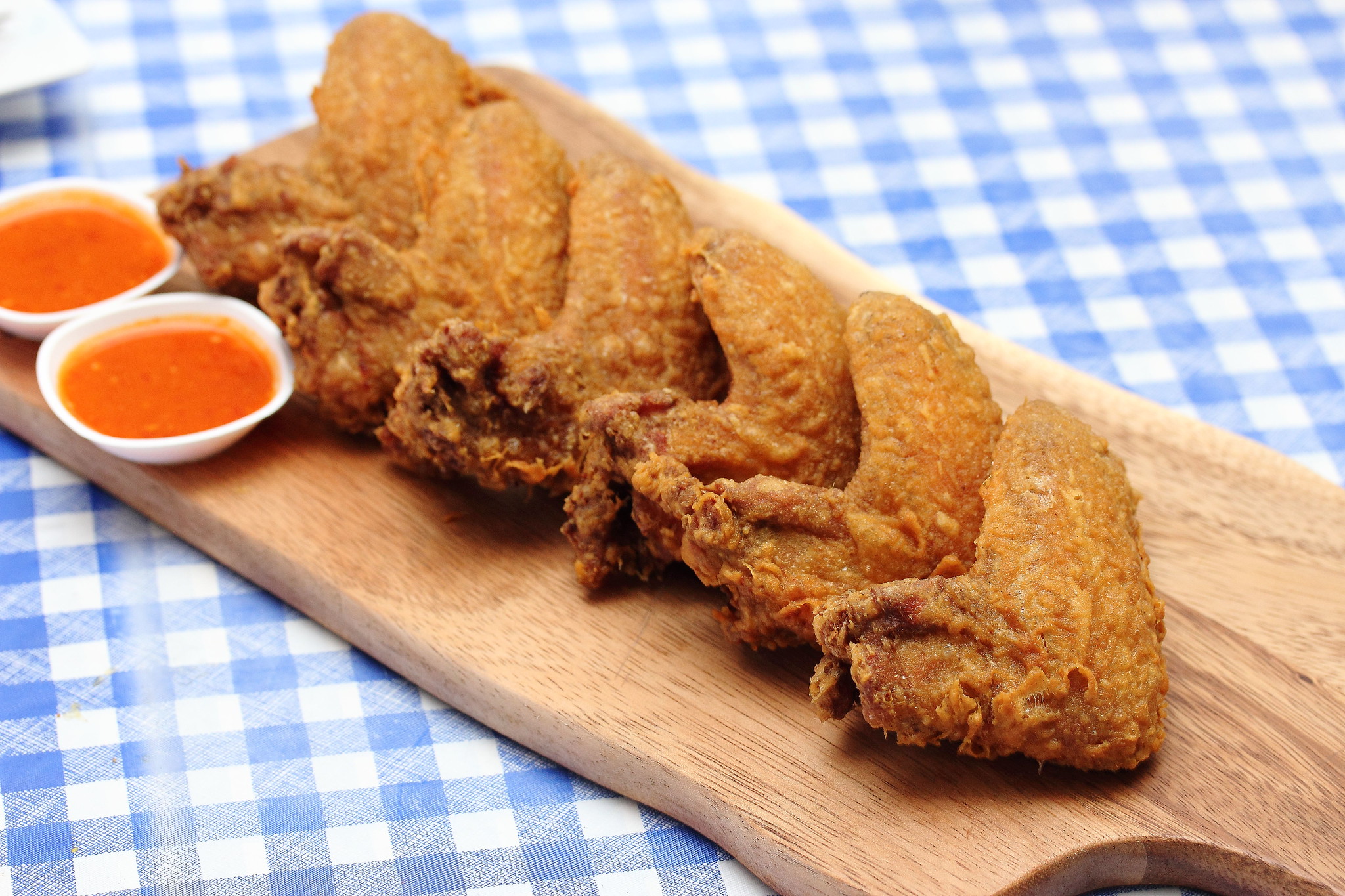 If you love chicken wings and especially those deep fried type from Carona Chicken, this is a must try here. The Chicken Wings ($8.50/4pc, $12.50/6pc, $24/12pc) are super crispy and almost not greasy at all. I was told that to cook a good fried chicken wing, the temperature and timing are very important. At Two Wings, the wings are deep fried for nine minutes which will give them that moist and juiciness inside while crispy on the outside. Worth mentioning is the special homemade chilli sauce that is pretty potent. If you can't take spicy stuff, I advice you to skip it as it probably will numb your taste buds deterring you to enjoy the delicious wings. 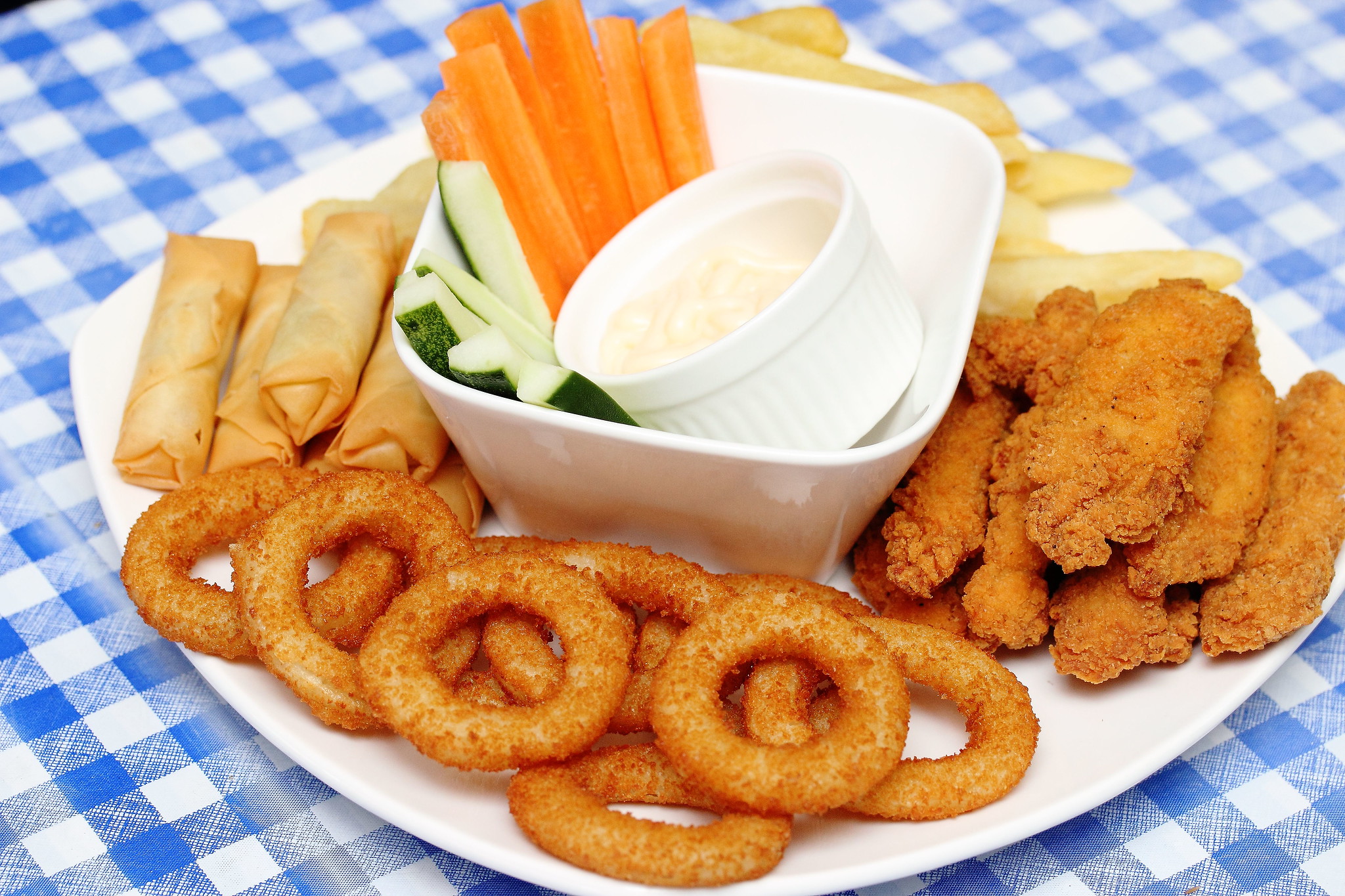 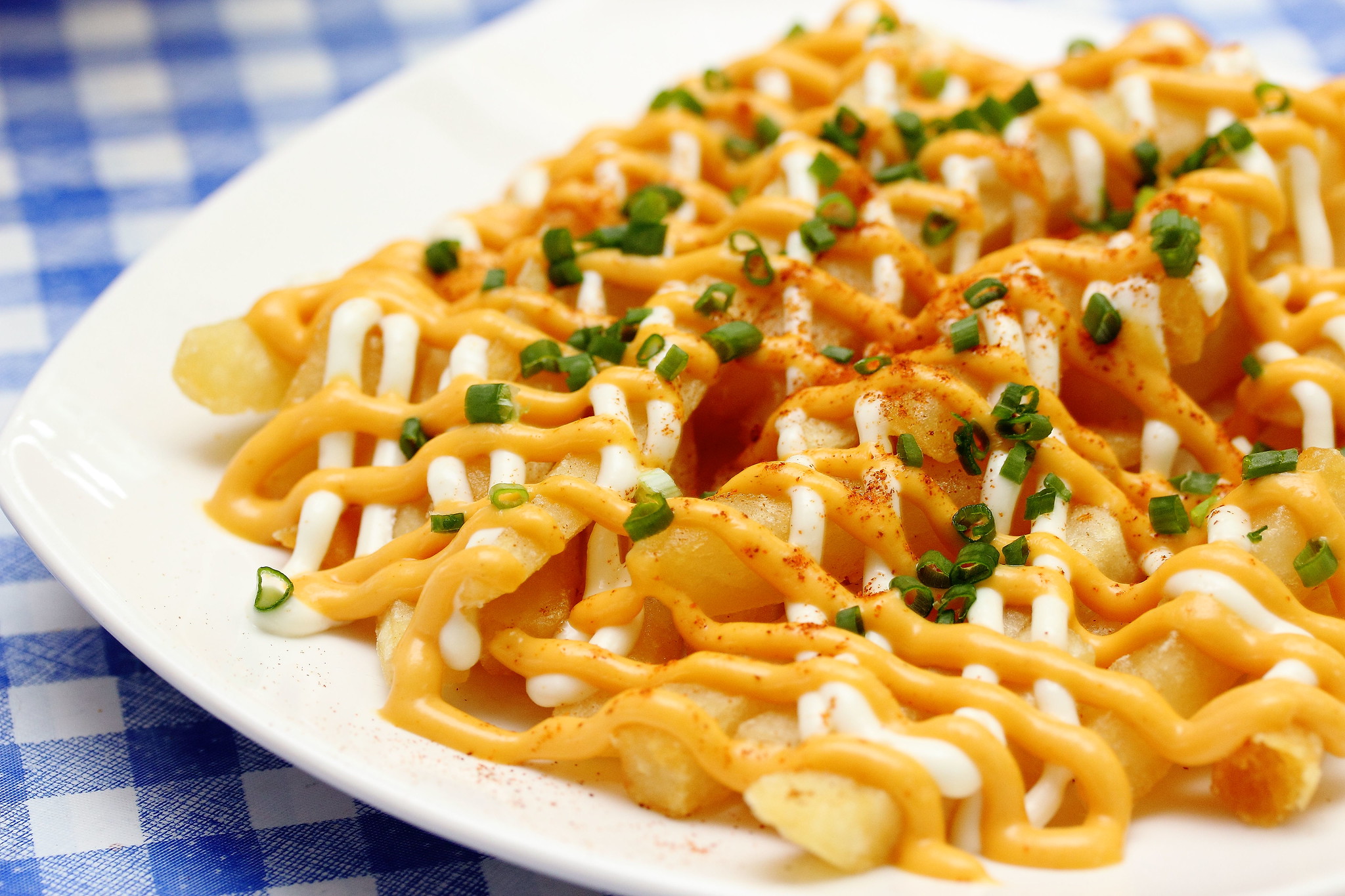 While the main focus of the stall is chicken, Two Wings also sells some finger food and snacks that are suitable to go along with the mains as a side or over a few bottle of beers. The Finger Food Platter ($19.90) ideal for sharing comes with 3 pieces of chicken wings, 9 pieces of chicken strips, 6 pieces of spring rolls, french fries/potato wedges, onion rings, cucumber and carrot with dip. If the finger food platter is too much, the Cheese French Fries ($4.50) drizzled with cheese and mayonnaise is as satisfying. 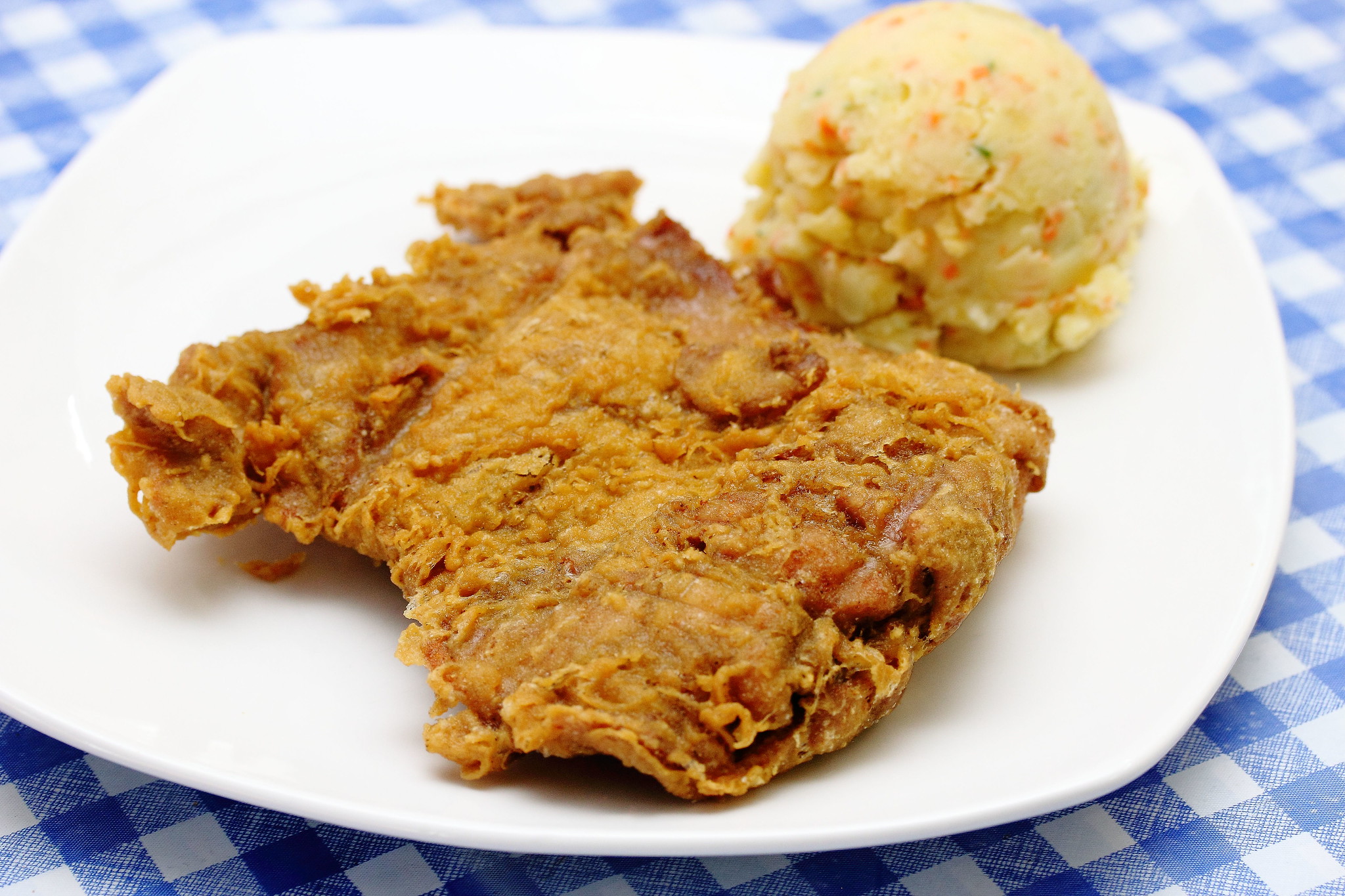 My first impression of the Chicken Cutlet ($8) which comes with a choice of 2 sides, looked dry. I was not harvesting too much hope until I cut into the piece of chicken which totally changed my opinion. Using chicken thigh, the chicken cutlet was extremely juicy and succulent inside with the signature super crisp exterior. It was like having a chicken chop disguised as a chicken cutlet, wearing a crispy coat over it. 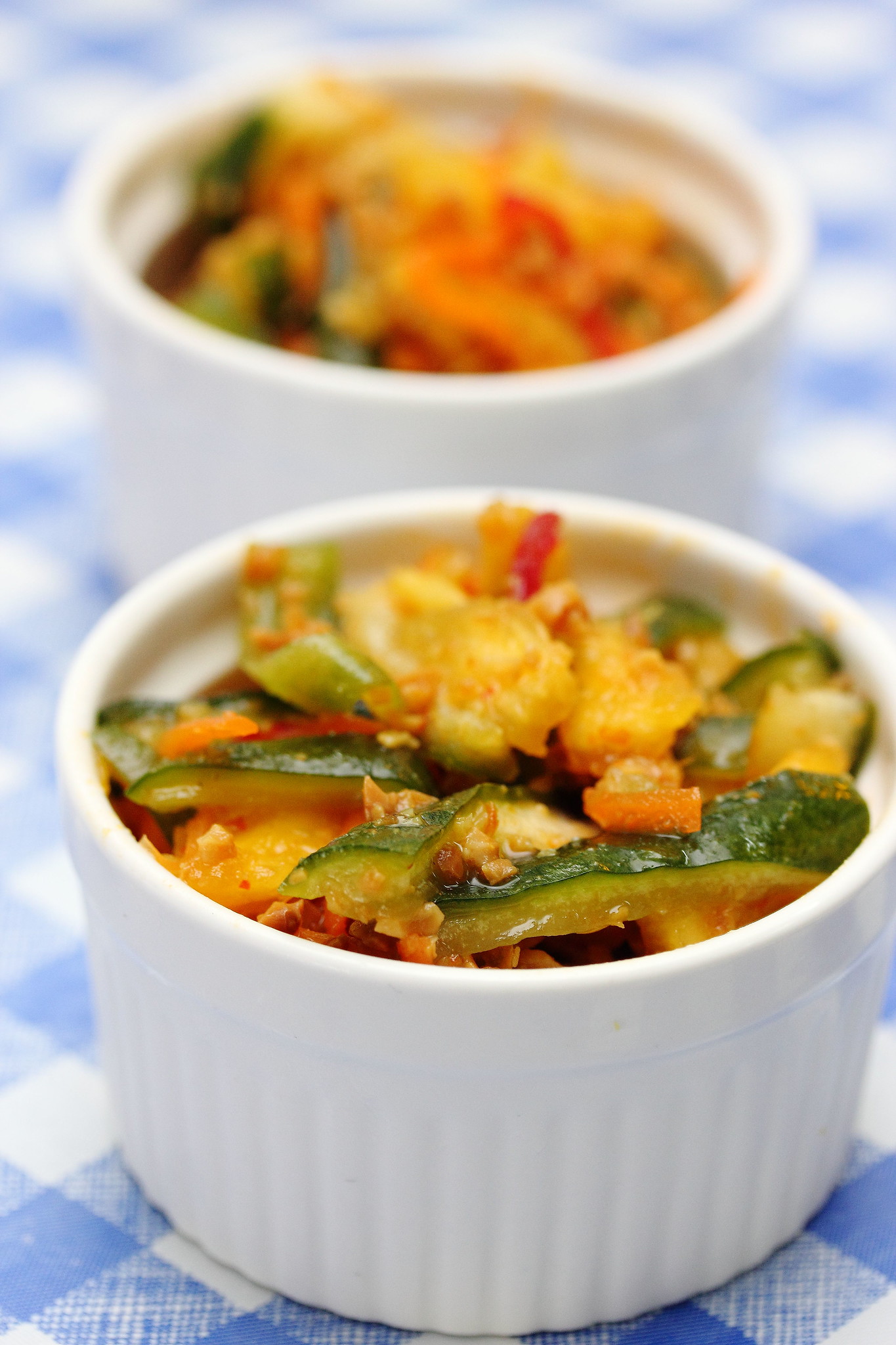 I asked the owner why there was no coleslaw on the menu as I needed some acidity after all the richness in the fried chicken seasoning. Interesting his reply was we have Achar hence we are not selling coleslaw. Achar and western food seem like a misfit but breaking from the tradition, it works fine. The achar itself was really good, getting the thumbs up from all of us. 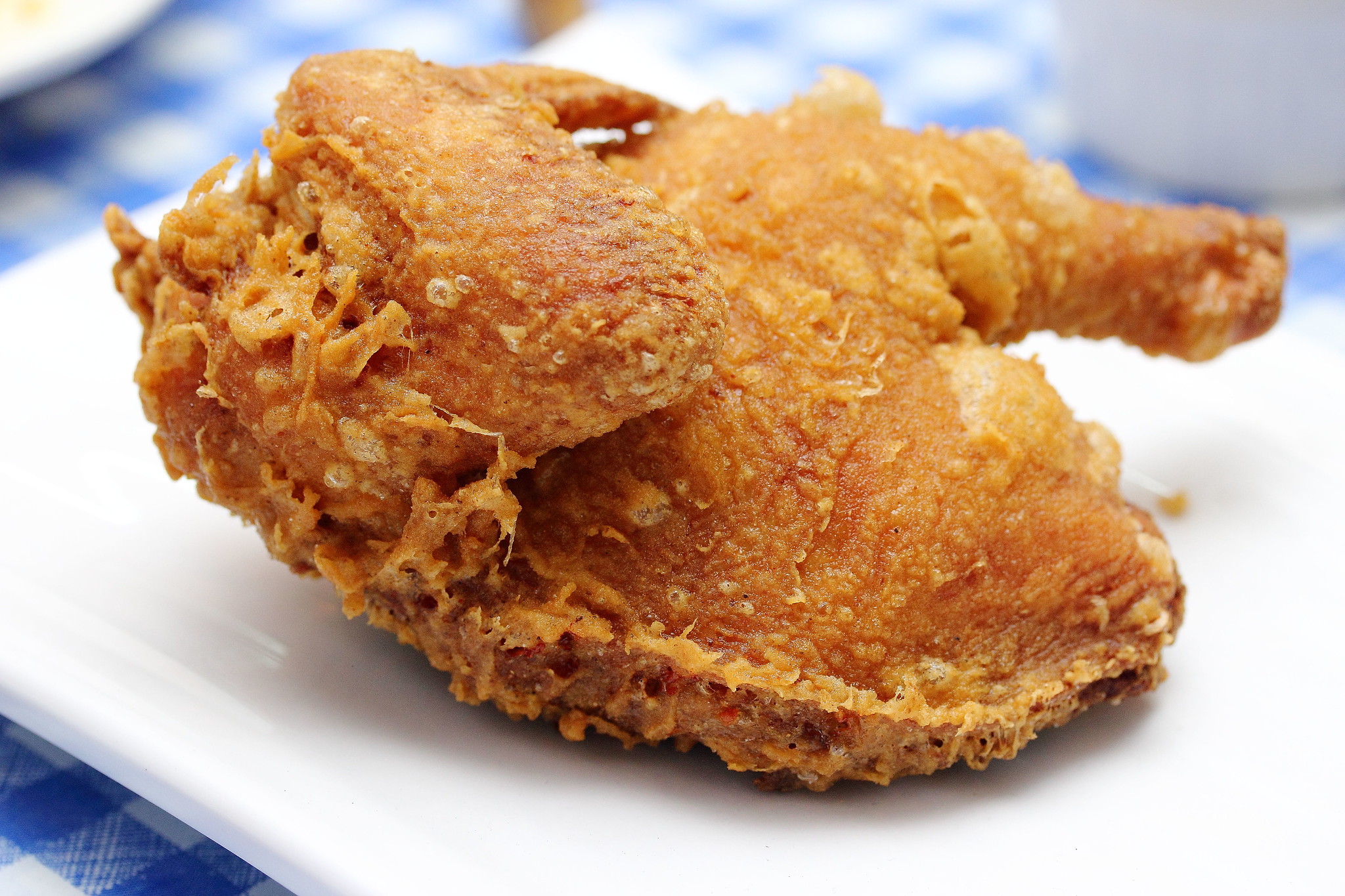 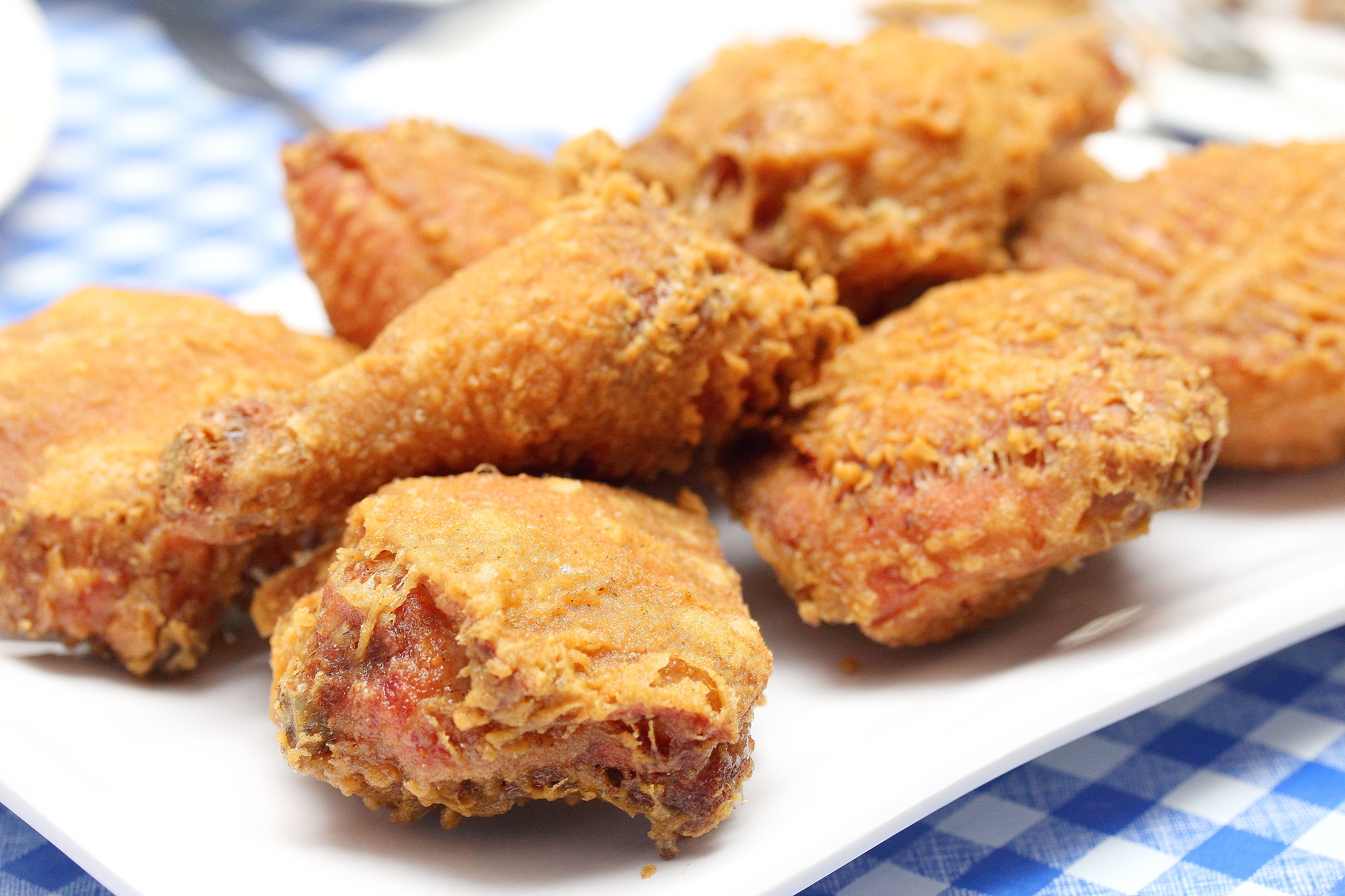 Besides chicken wings and chicken cutlet, different section of the Chicken Parts ($9/2pc, $12/3pc) and Spring Chicken ($9.90 Half / $15.90 Whole) are sold at the stall too. While I enjoyed the juicy chicken and its crispy skin, I thought it was a tad salty if I am to compare it to KFC, Texas and Popeye. I can easily finished 3 pieces from the other fried chicken brands but I did struggle a bit with this. A pride about Two Wings is that the chicken remains crispy even takeaway and consumed hours later. Catherine who brought some of the chicken parts home, confirmed with us later that they have remained crispy.

I have to thank Uncle Smart who has discovered this stall and organized the trip. Carona Chicken may have disappeared from the food & beverage scene in Singapore but Two Wings which uses the same secret family recipe has revived the nostalgic taste under the close supervision of the grand master, I meant the grand uncle who has spent 6 months teaching Jeremy the skill and still drop by the stall periodically to spot check the standard.