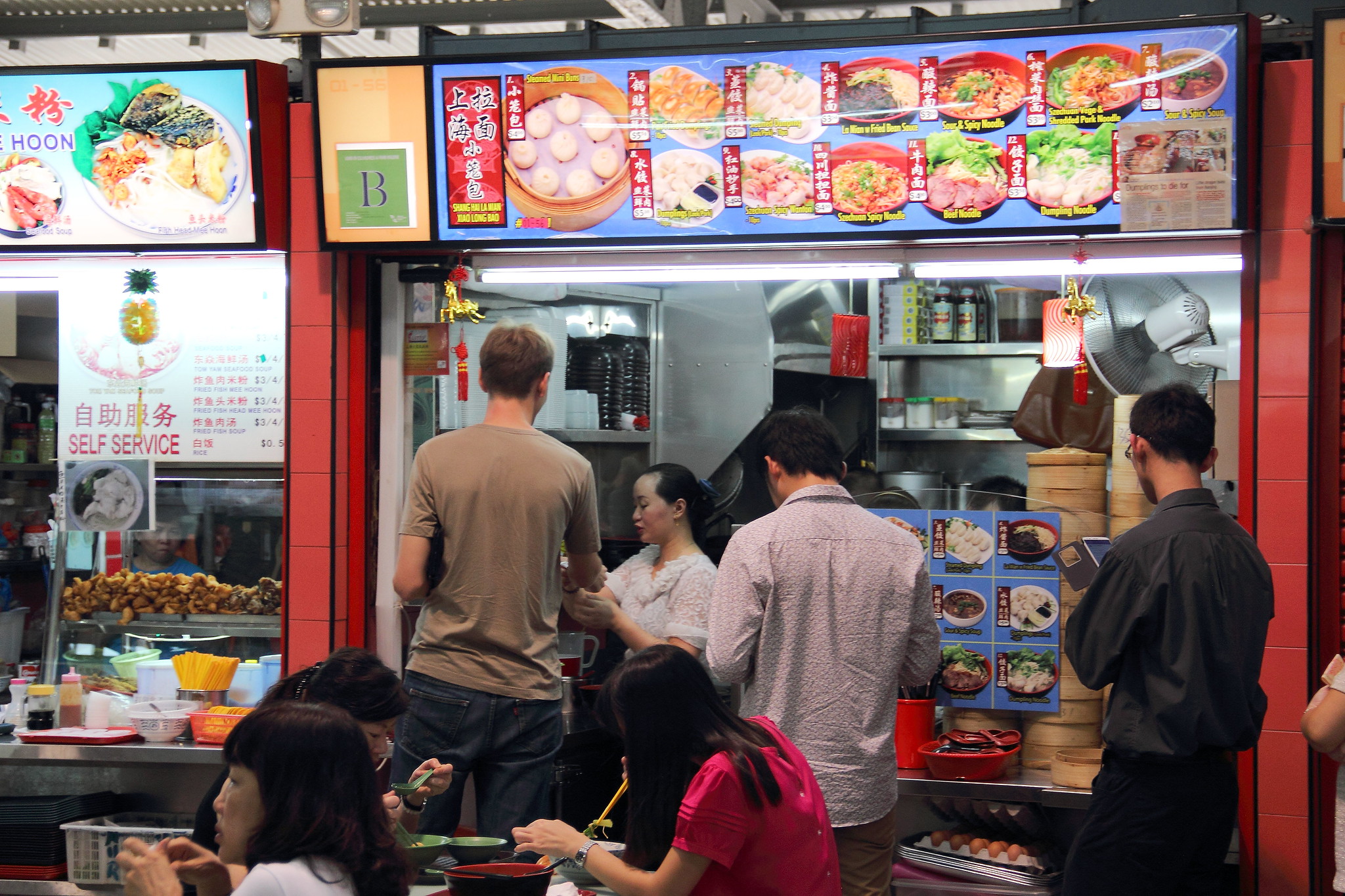 After reading an article from Makansutra labeling the stall, Shanghai La Mian Xiao Long Bao at Alexandra Village Food Centre as Dumplings to Die for, I made a note to check out the place in one of the food trail with Ian and Tony. While we were at Uncle Chicken, Niven the stall owner also recommended us to try the xiao long bao. 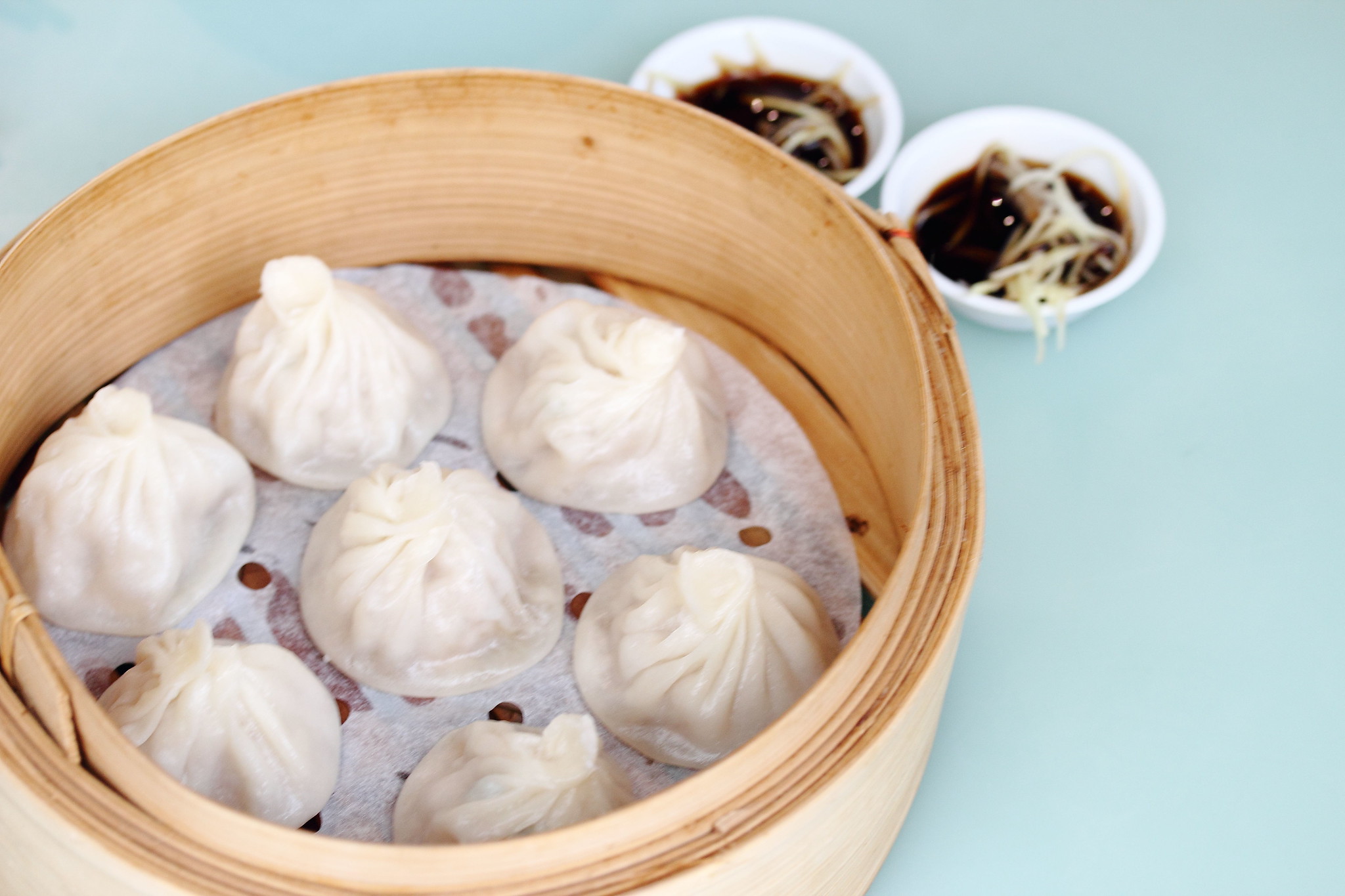 Located at the middle section of the hawker centre, a long lunch queue was spotted at the stall. Most of the lunch crowd ordered their la main as well as the various dumplings sold at the stall. Packed in the small space, 4 people were busy servicing the lunch crowd. One looks after the front of the stall taking orders and double up as cashier. Another at the back doing the cooking while the remaining two were tirelessly hand making the dumplings on the spot to ensure a constant supply to meet the order. 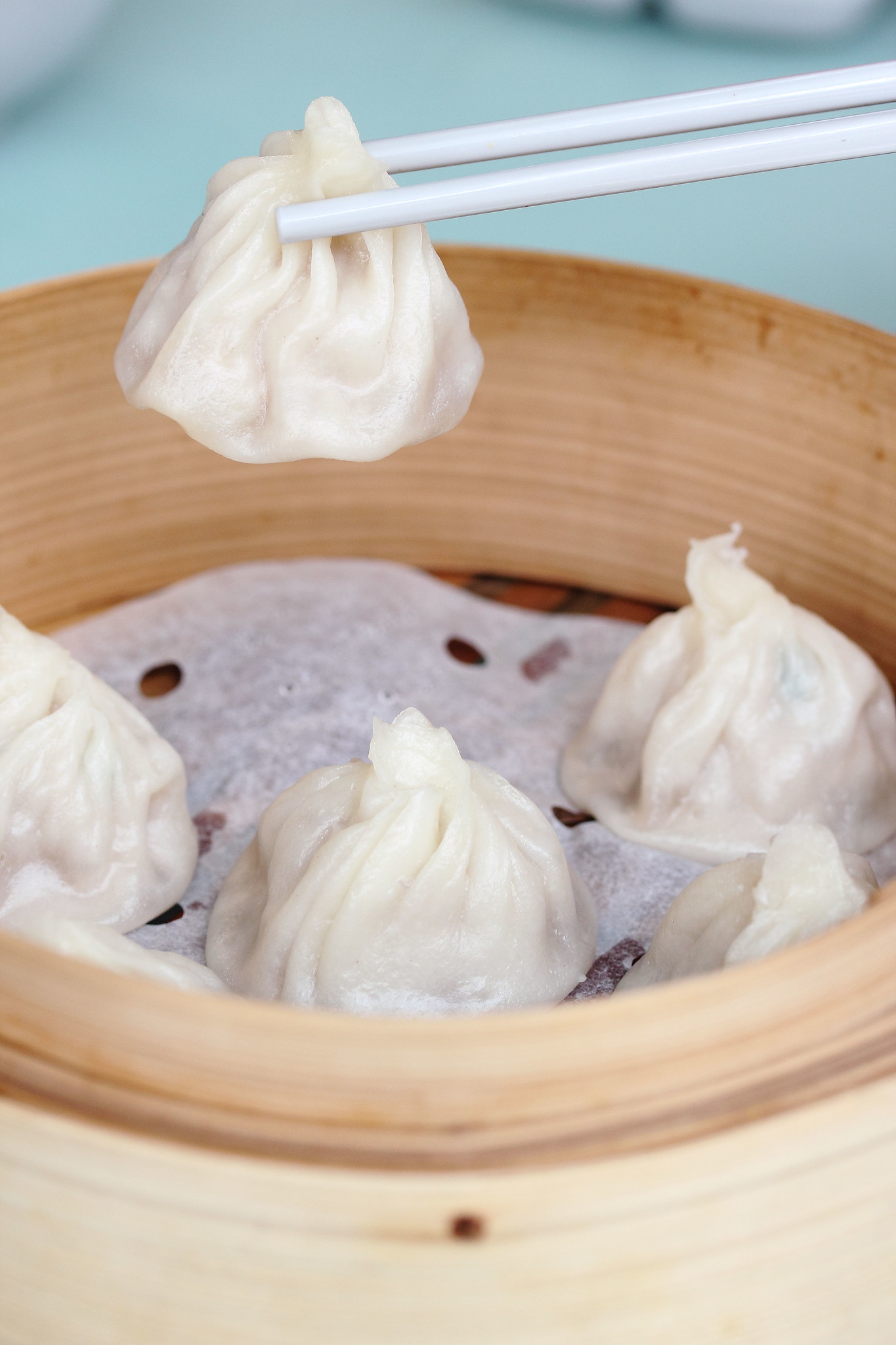 Served in a bamboo basket, the freshly made Xiao Long Bao ($4 for 7pc) is definitely value for money. The pork filling inside the xiao long bao was well marinated and flavourful. The broth was a tad on the sweet side though. I am not sure whether is it because of the lunch crowd, you can tell from the picture that the xiao long bao was a bit on the flat side. It was pretty obvious when picked up by the chopstick, the broth inside seemed to have evaporated. 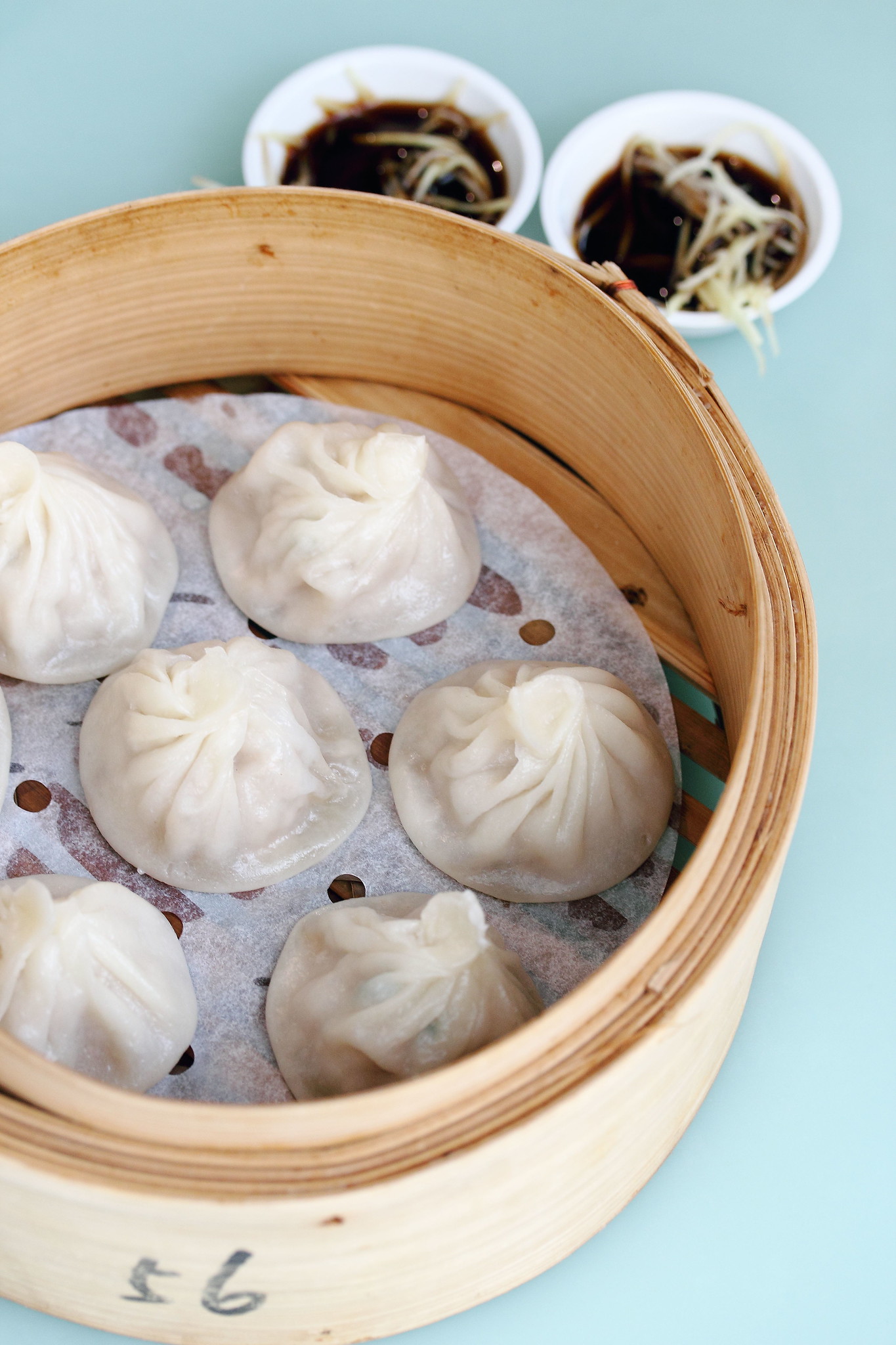 Overall the xiao long bao was pretty good and satisfying with the right ratio of filling to skin. However I will not die for these as there are better one. The group also felt that the broth was on the sweet side which we did not enjoy. Saying this, our palate may have caught up with our age as we prefer something lighter in taste.