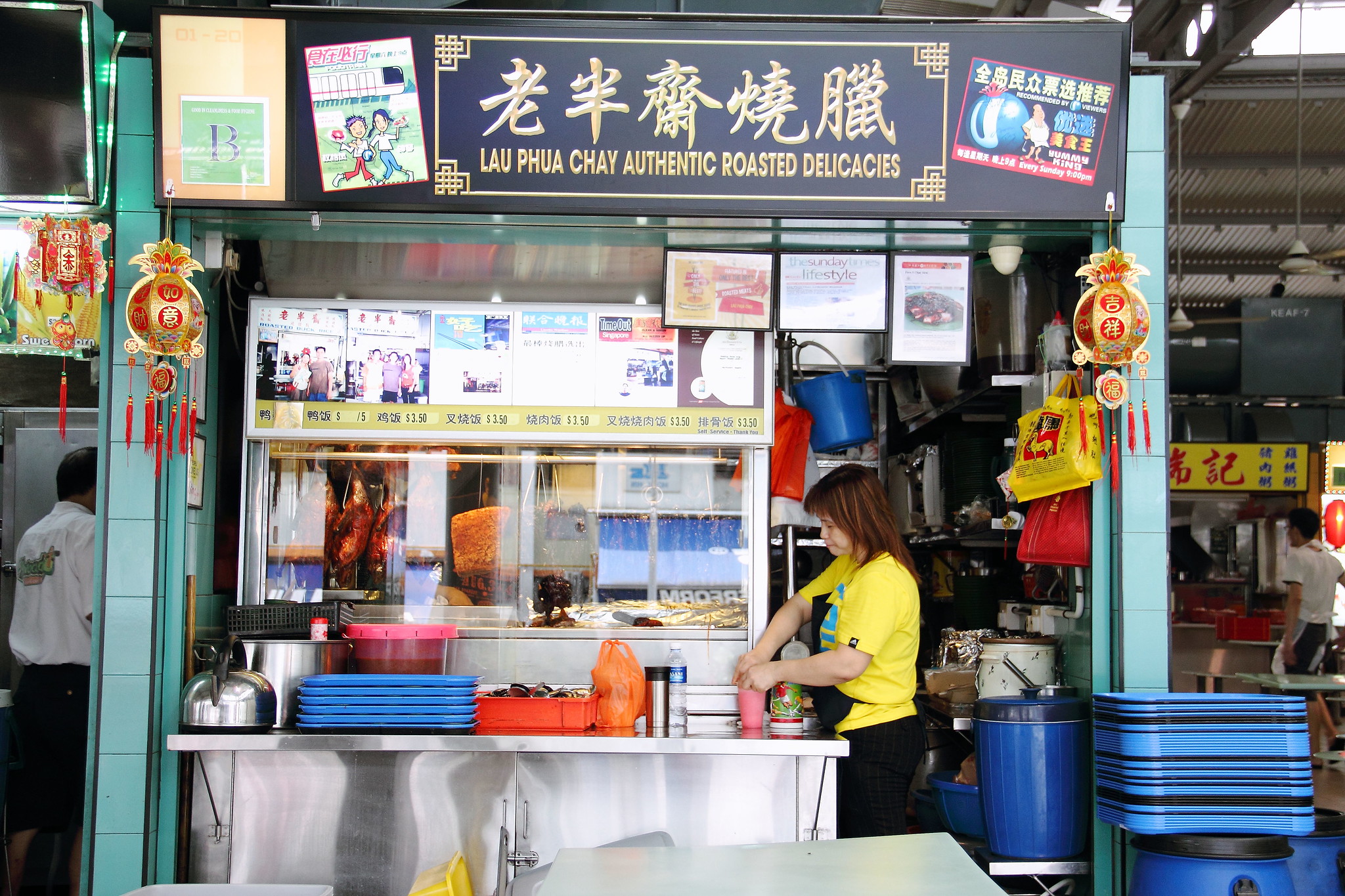 We walked Lau Phua Chay Authentic Roasted Delicacies (老半斋烧腊) at Alexandra Village Food Centre and the first thing we noticed is their char siew which is black in colour. The black char siew caught our attention as it is different from the usual reddish type we get from roast stall. The stall owner was still preparing to open the stall when we reached. So as to satisfy our curiosity, we waited patiently for it to be opened. 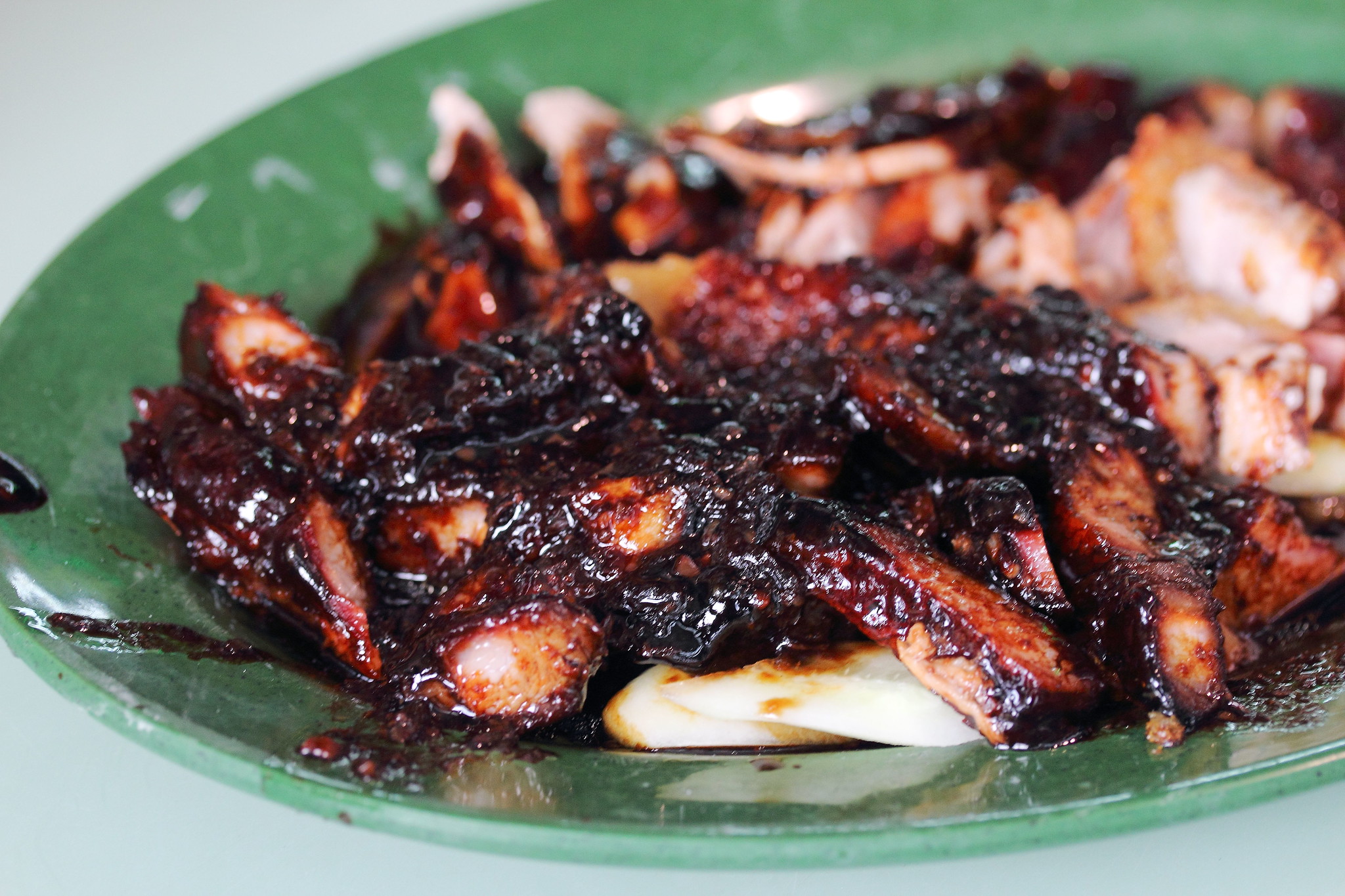 Once the stall is opened, we ordered a mix platter of Char Siew, Roasted Pork Belly and Roasted Duck which costs us sixteen dollar. A dark and sweet sauce is drenched over the plate of roasts before servicing. However I found the sauce too sweet for my liking drowning the flavour of the roasts. 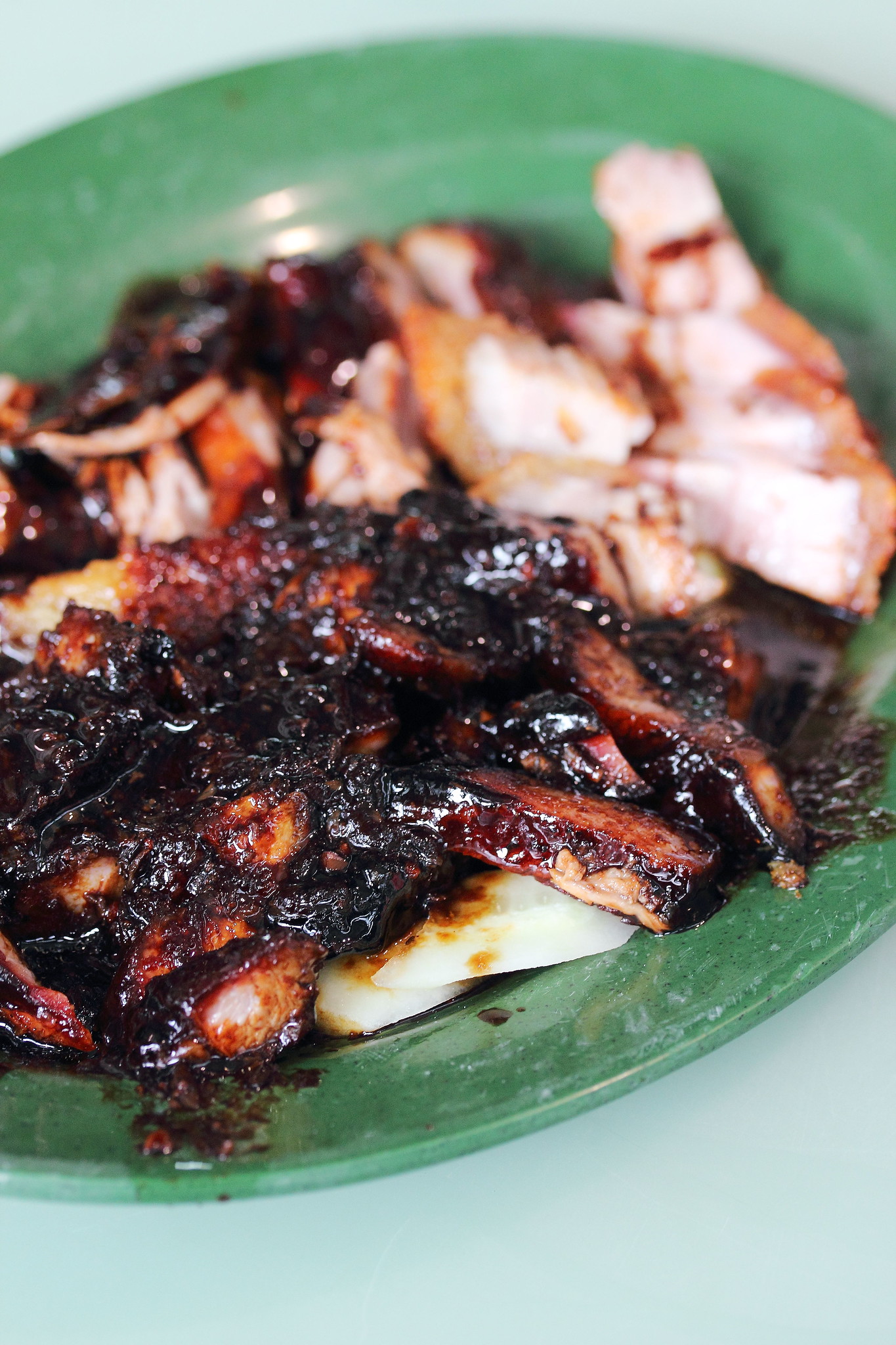 First of all, let me start with the Char Siew. I like the proportion of lean meat and fats in the char siew that is sold here. The right balance giving it the melted in the mouth texture with a nice bite. The char siew is also well caramelized with the sweetness but lacked the charred aroma. I would avoid the sweet sauce that is ladled over the roasts. I felt that it overpowered and drowned the natural flavour of the char siew. 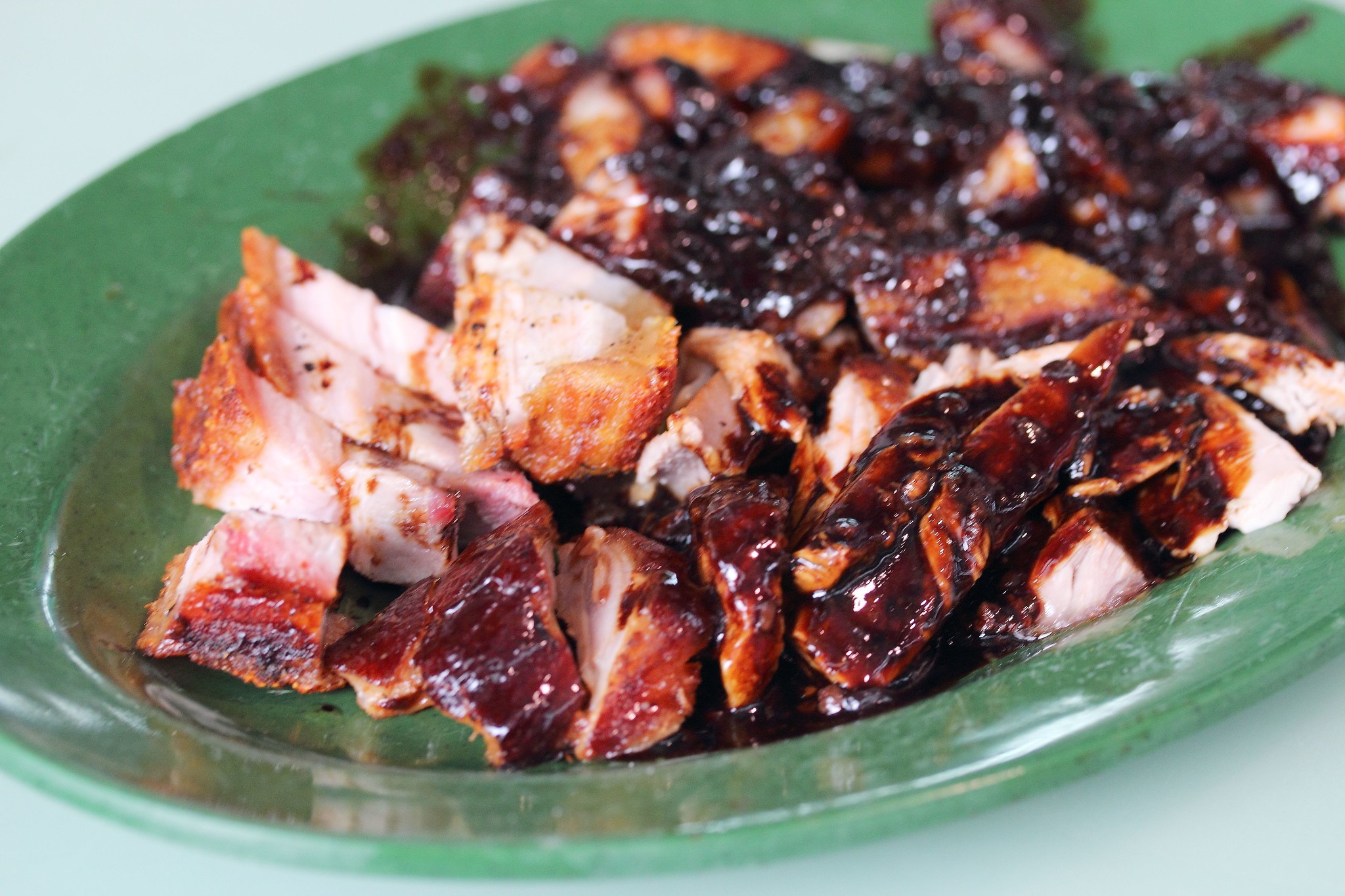 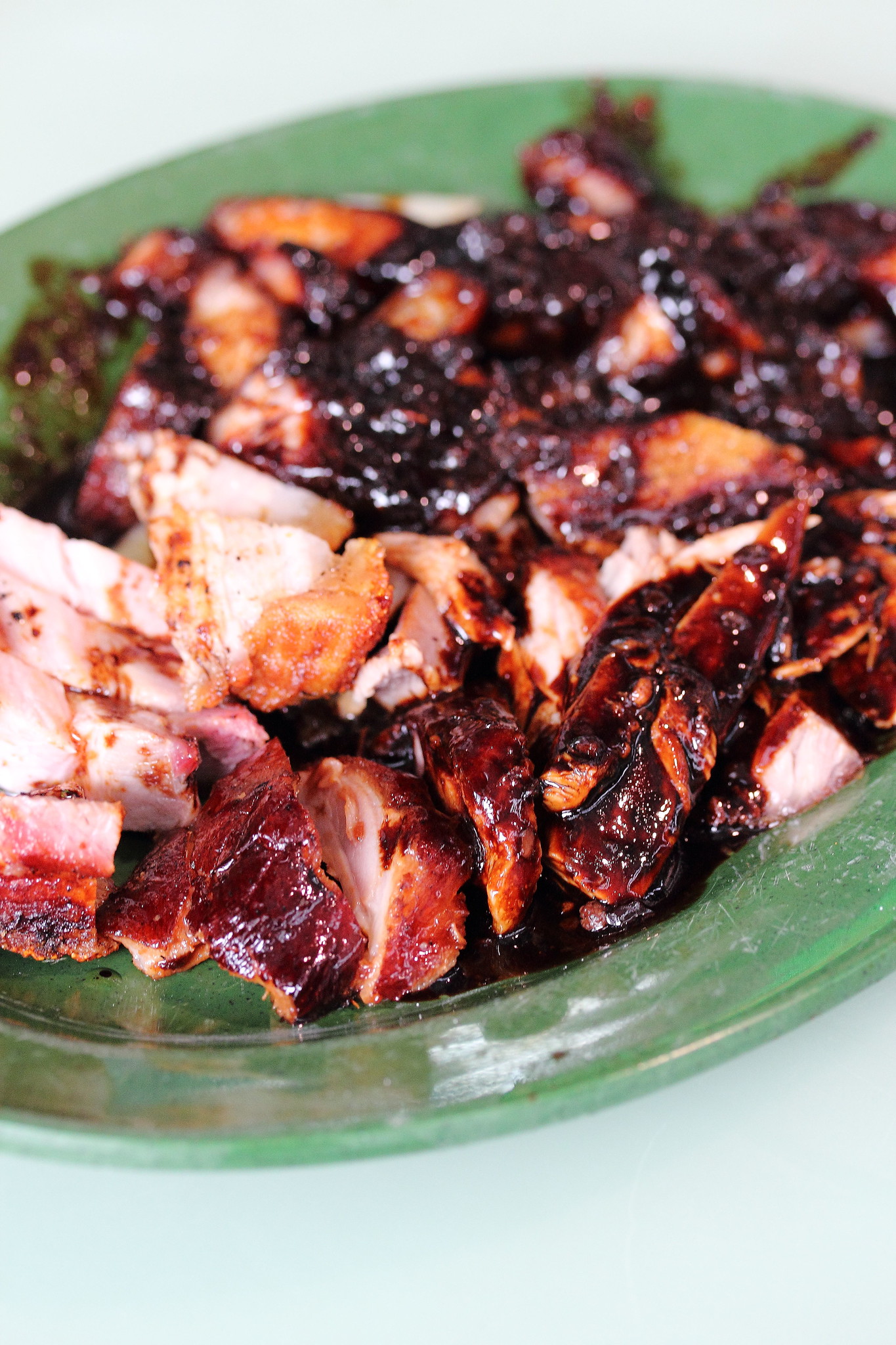 While the roasts at Lau Phua Chay Authentic Roasted Delicacies failed to impress me, I observed during my visit the stall has its own following. The stall does have its own fans who likes their roasts and the rich gooey sauce. Though I do not like the sauce but it does go very well with a plate of plain rice.