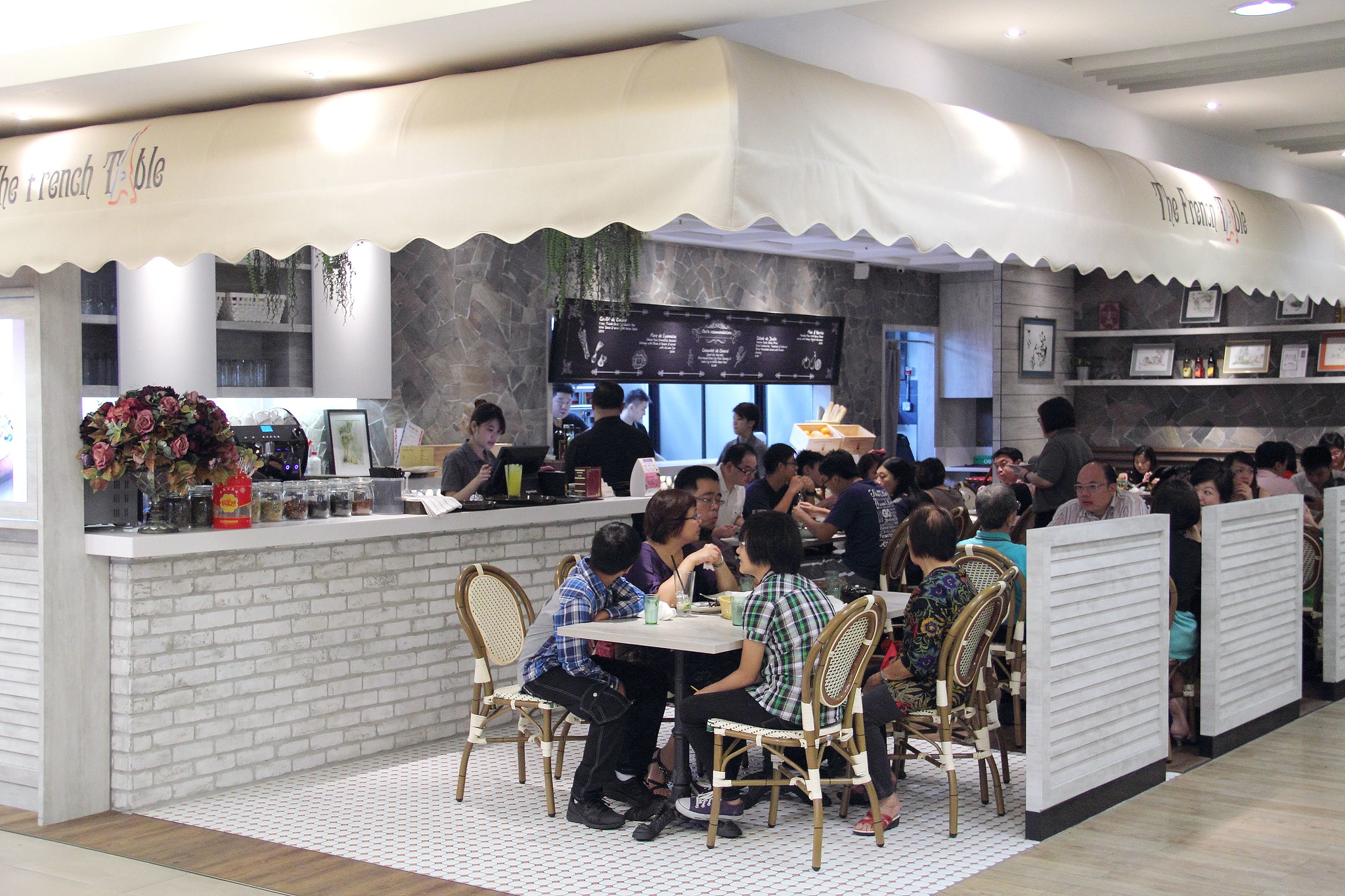 People in the west should rejoice with the opening of a new casual French dining concept in The French Table at West Coast Plaza. The less than a month old new restaurant at West Coast Plaza is already attracting a crowd when I visited the place on a weekend for dinner. Browsing through the menu, the tell tale sign is quite clear it is almost a carbon copy of Poulet. It is not a surprise as the men behind The French Table is non other then Chef Nelson (ex Poulet) and a ex Poulet manager. 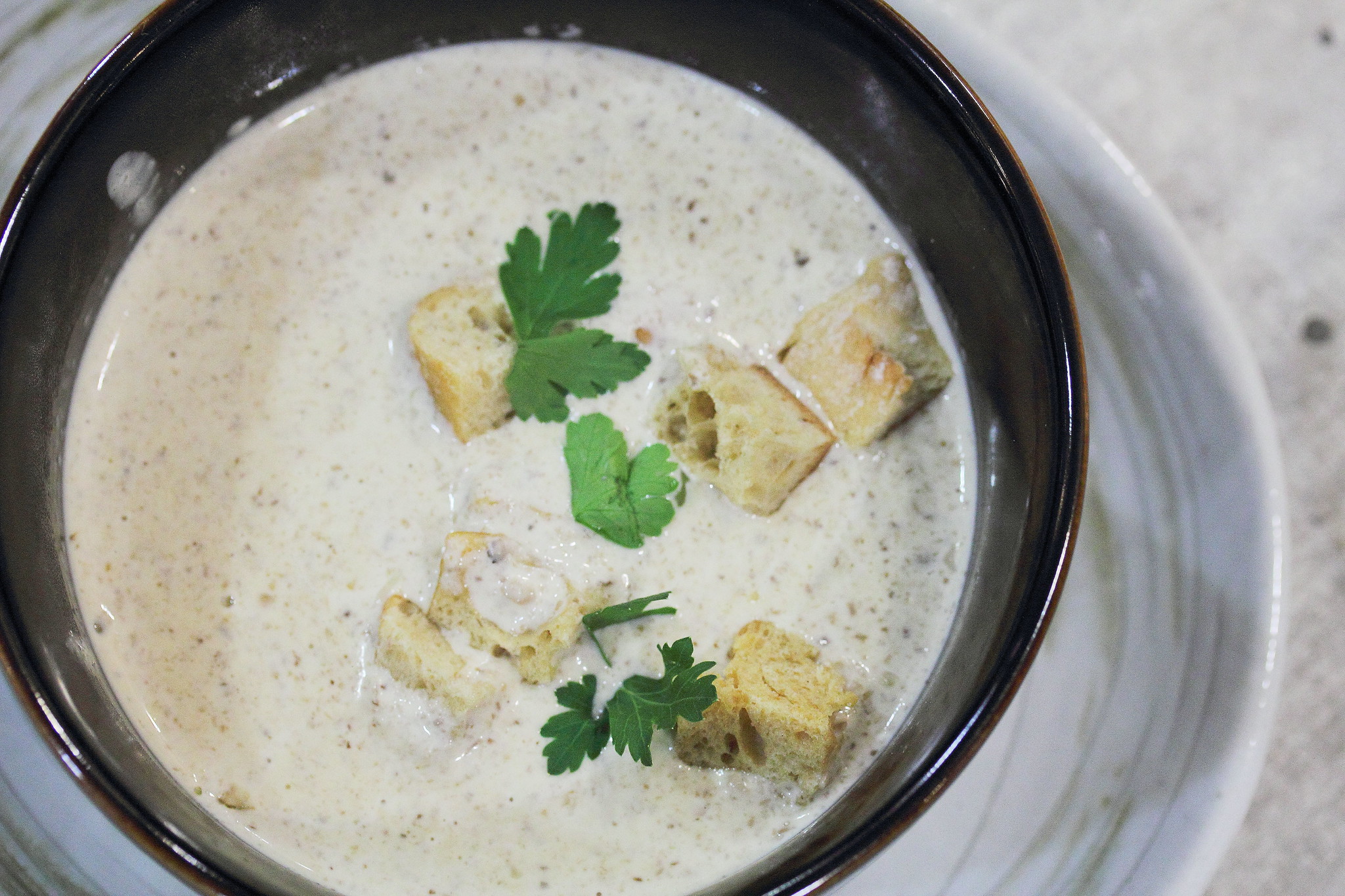 The Wild Mushroom Soup ($5.80) which is served with Alba truffle oil was flavourful but it was on the creamy side. The flavour of the mushrroom and truffle oil is missing from the creamy wild mushroom soup. 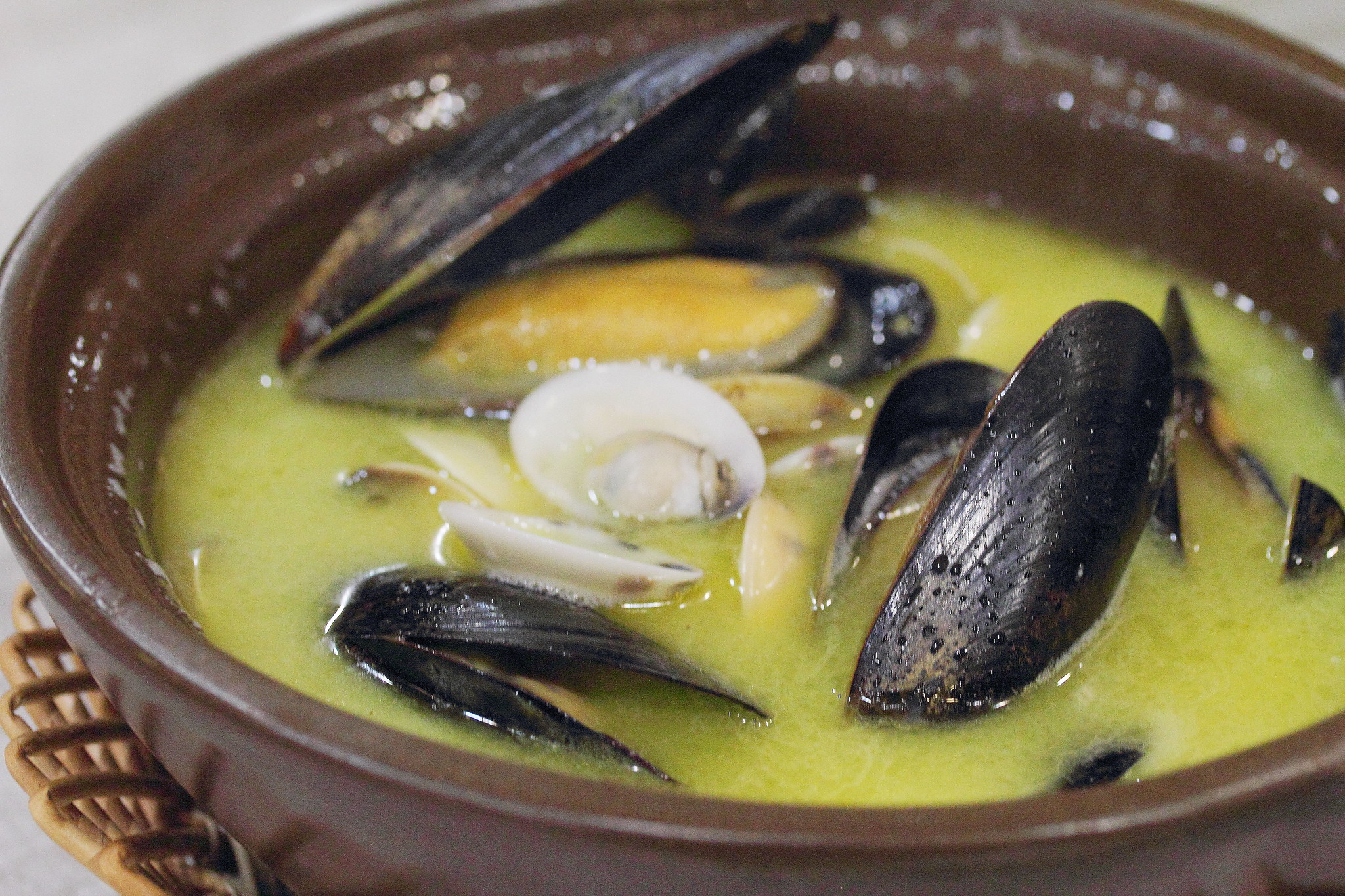 The Shellfish Pot ($9.80) which is sauteed fresh mussels and clams with vegetables served in butter nage. My partner had some sandy clams and mussels which was disappointing. While I could taste the white wine in the soup, the butter nage was lacking a body. It felt like I was drinking diluted butter water. 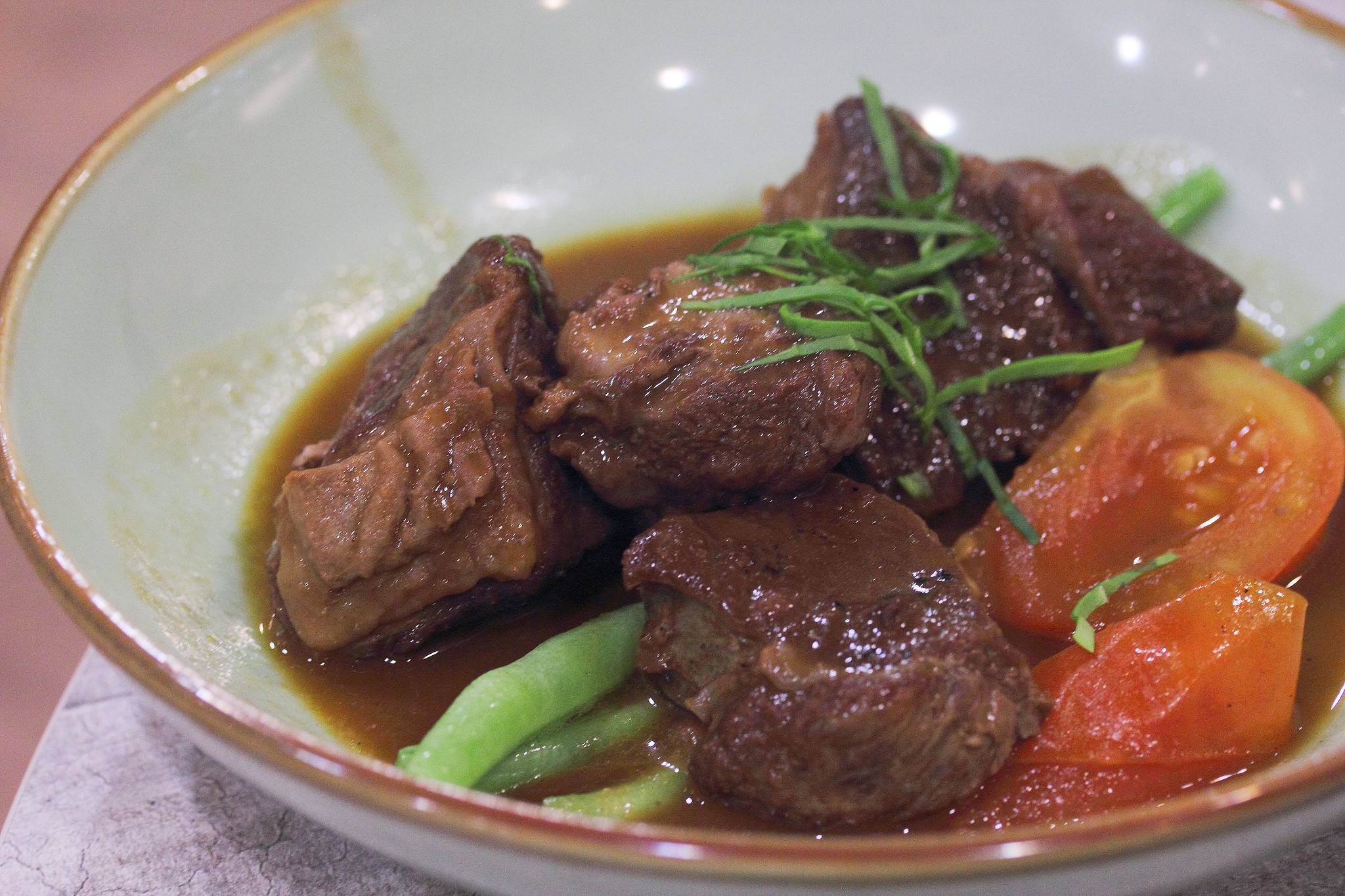 I actually wanted to try the pork belly but it was not available so I went for the Lamb Navarin ($16.80). I was expecting a whole lamb leg but instead was cut into pieces. The lamb leg is braised in white wine and served with french beans, carrots and tomatoes. The lamb although not melted in the mouth but it was cooked to fork tender. It was a decent dish and the portion was substantial but a bit one dimensional. Probably adding a mash or puree will make it a more dimensional and enjoyable dish. 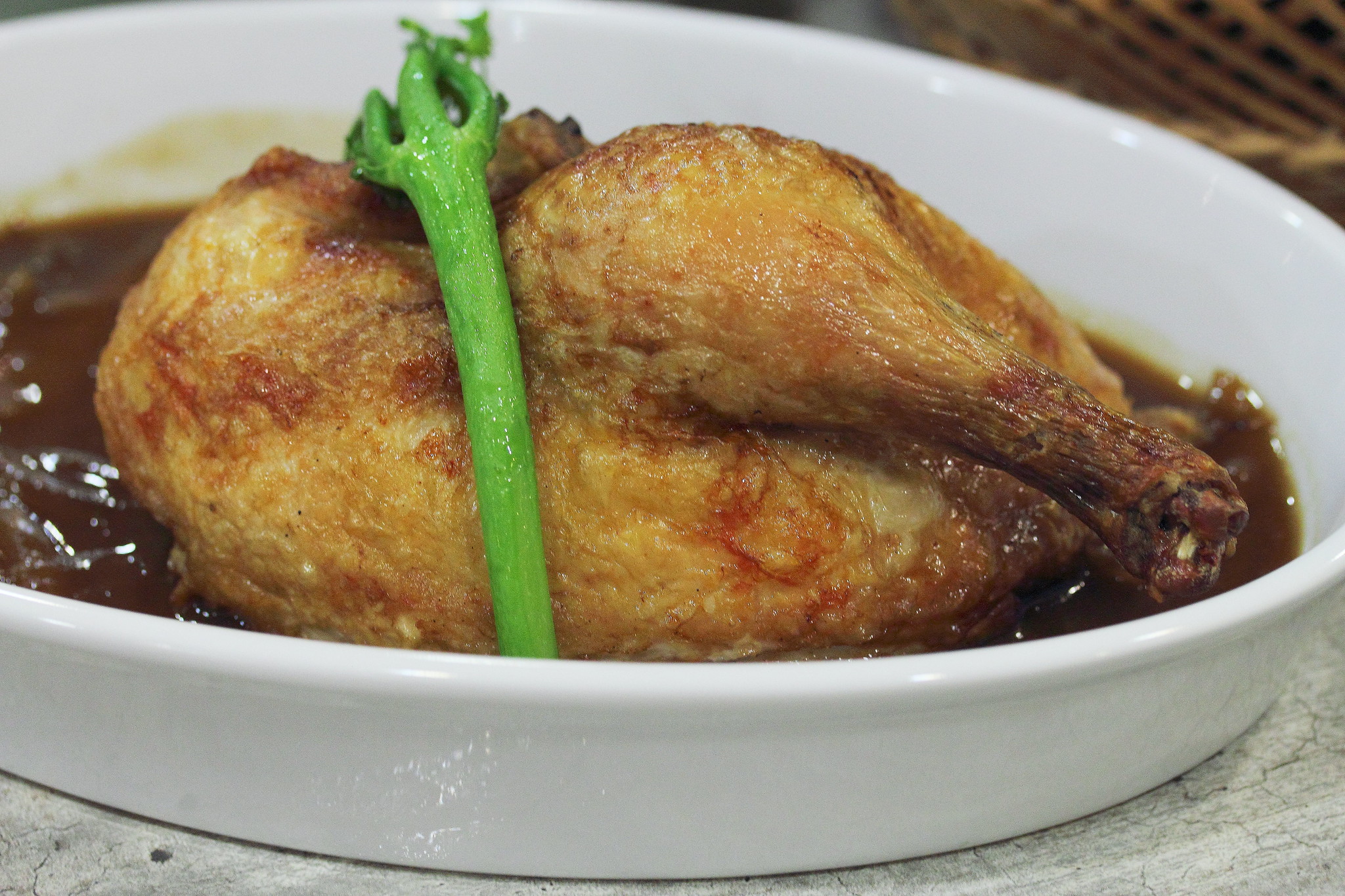 The Oven Roasted Half Chicken ($15.80) definitely fell short in flavours compared to Poulet's rotisserie chicken. The sweet onion sauce was also kind of boring and one dimensional again. It felt like the oven roasted chicken is swimming in a french onion soup. I would preferred something more savoury to pair with the chicken.

Overall I think the concept will work but the food still needs more fine tuning. Opening at West Coast Plaza is also quite strategic offering something different for the neighbourhood. Judging from the crowded restaurant, it is quite well received. While the food is not to the mark yet, I hope when things settled down they can fine tune their offering and maybe even provide some characteristic of their own in their food.