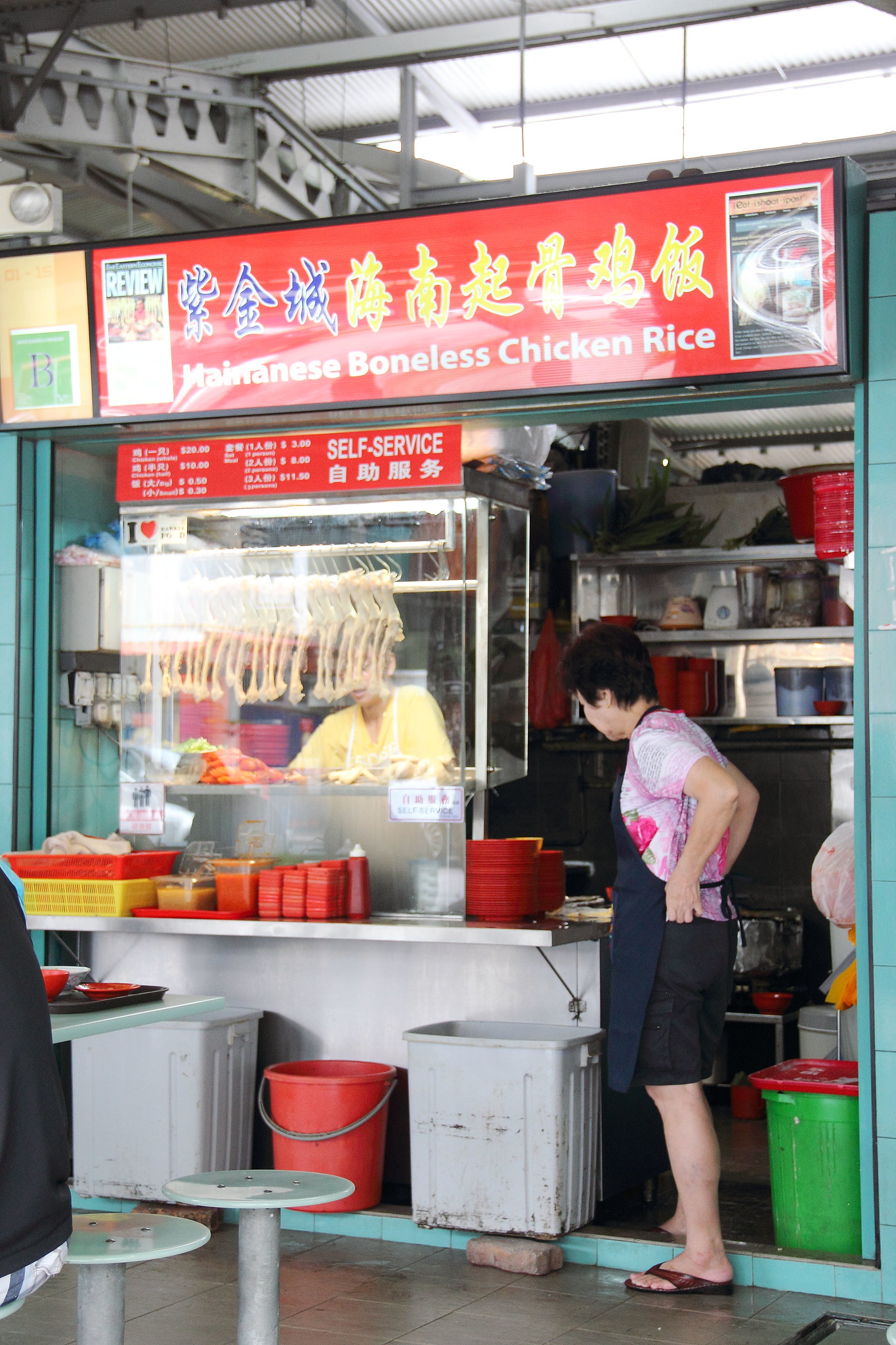 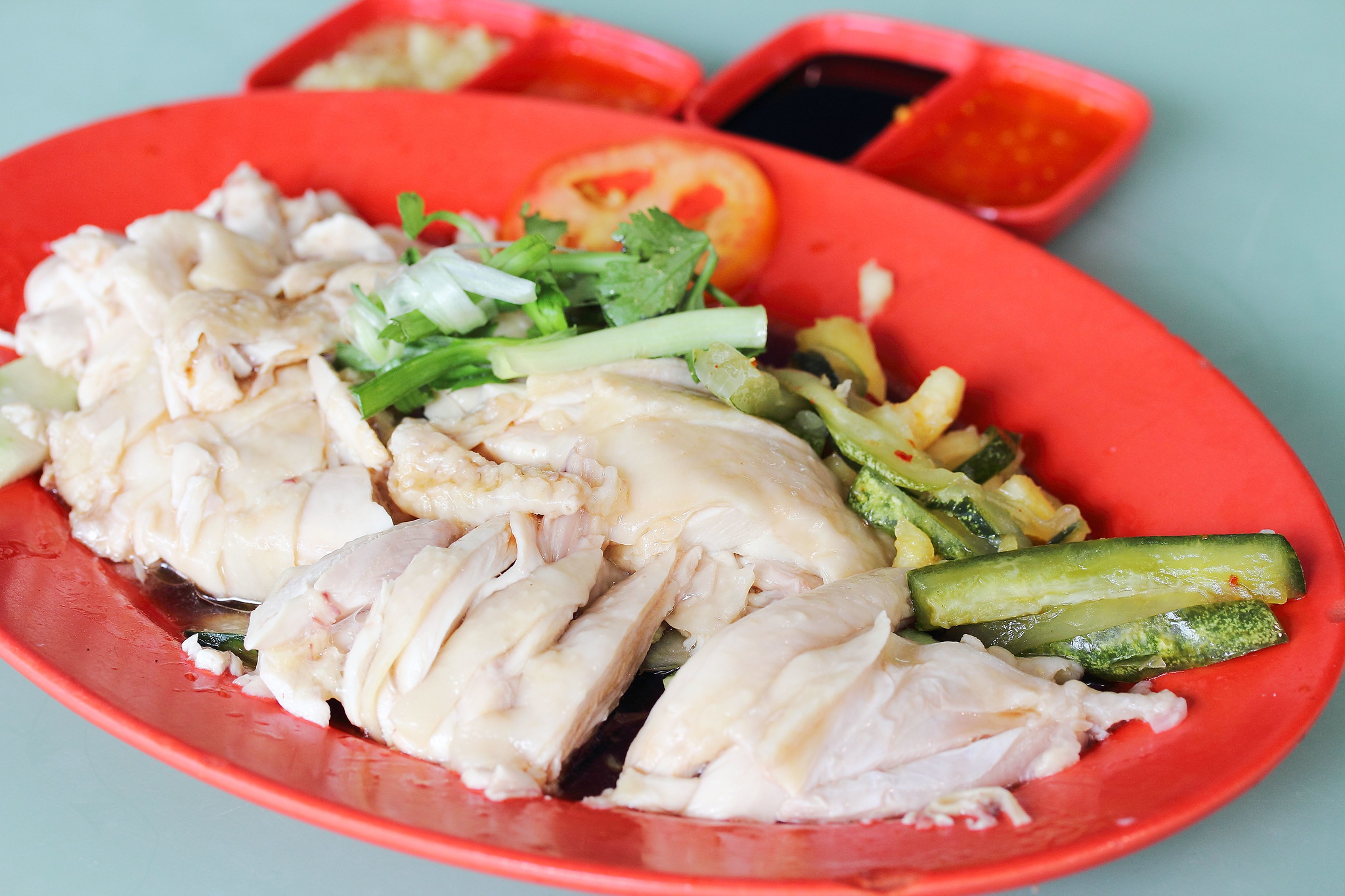 We ordered a plate of half chicken and a plate of rice which cost $10.50. While the chopping of the chicken left much to be desired, the chicken itself was tender and flavourful. I also like the fact that the chicken rice is served with achar on the side. 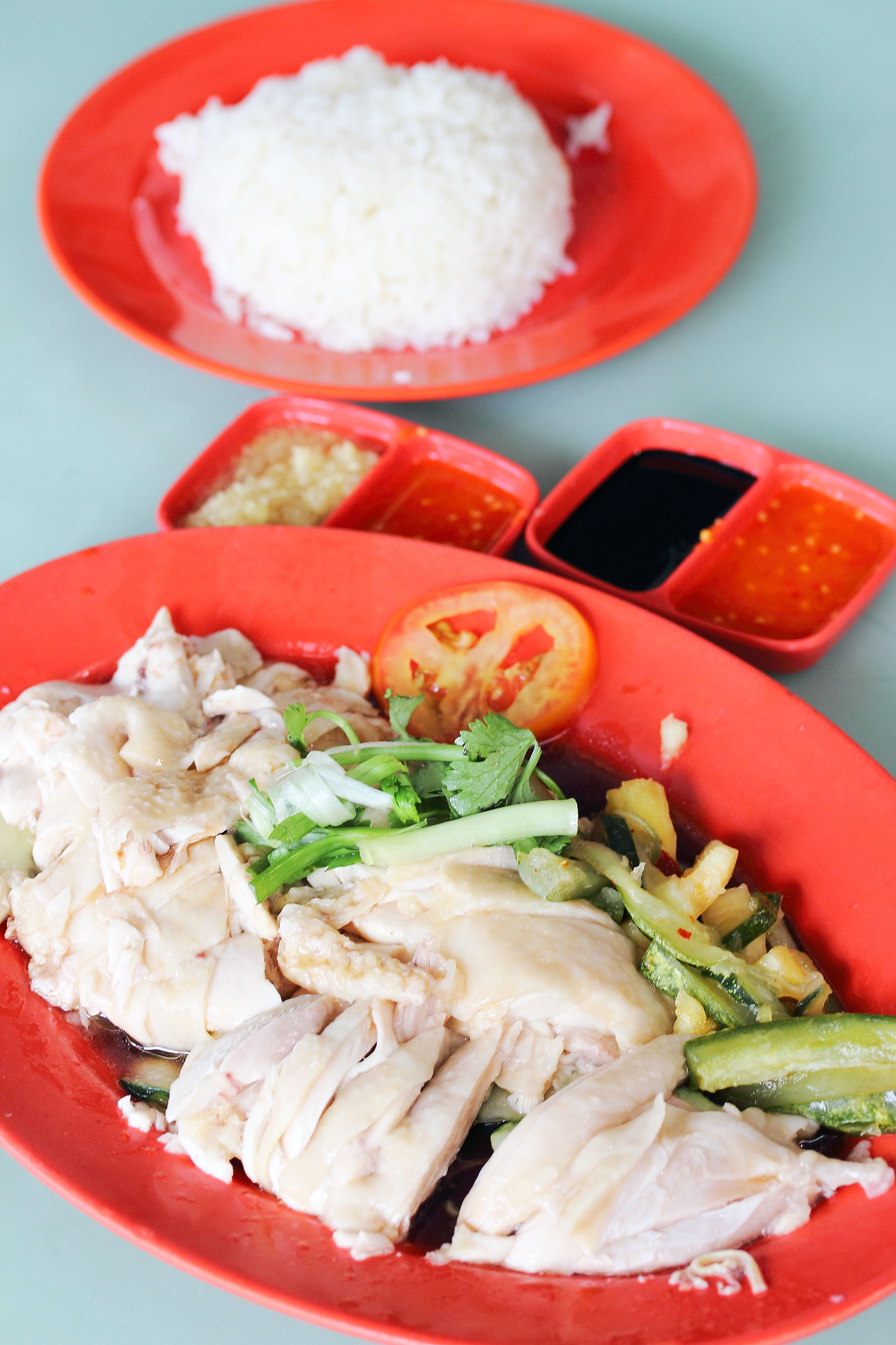 The rice itself was not very greasy but lacked the fragrant and was on the dry side. The chilli sauce was mildly flavoured and the garlic was too diluted. Among ourselves we have a discussion and felt that the chicken rice here will be favour by the younger generation because it is boneless, easy to eat. The sweet savoury sauce that is drenched over will be more incline to the taste buds of the young.