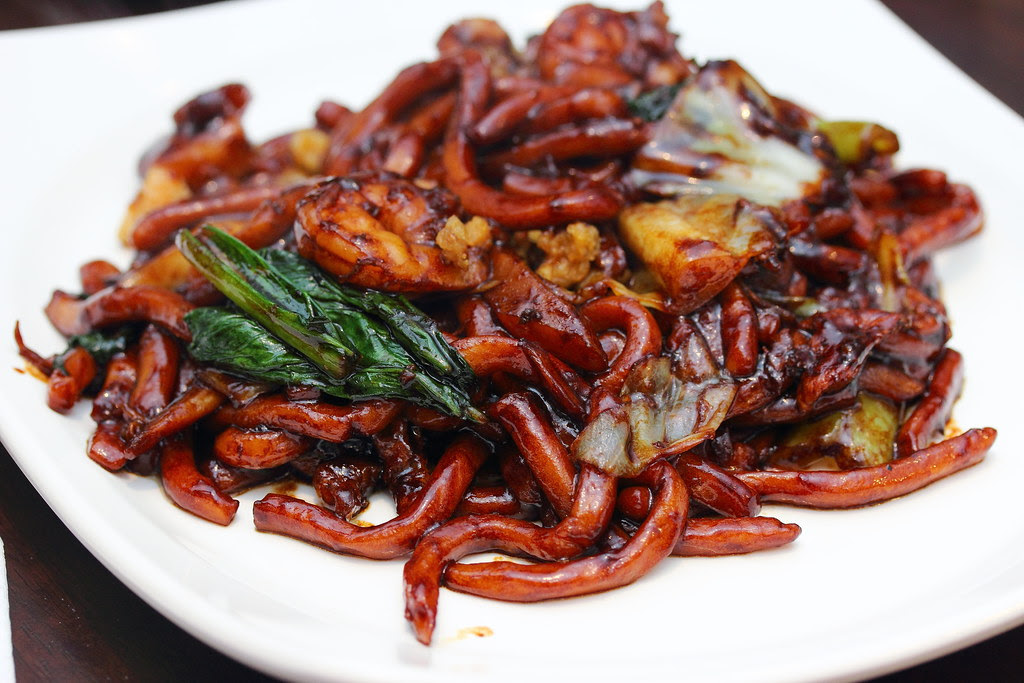 Singaporean has been known to travel North across to our Malaysia neighbour for their local hawker fare. Malacca, Kuala Lumpur and Penang just to name a few Malaysia states that we are familiar with such as Penang Laksa, Jalan Alor KL Hokkien Mee and Malacca's Chicken Rice Ball. Coming to its 2nd anniversary, the Malaysian Food Street at Resorts World Sentosa (RWS) has been dishing out the popular Malaysian hawker fare to satisfy the craving of the locals and foreigners saving them the travelling time north.

Foodies will be rejoiced and spoilt for choice at RWS Malaysian Food Street with the addition of five new stalls from November 2013 to freshen up the offerings. The new stalls were also selected based on guests' feedback, coming from those that is well travelled to Malaysia and genuinely enjoy Malaysian hawker fare. 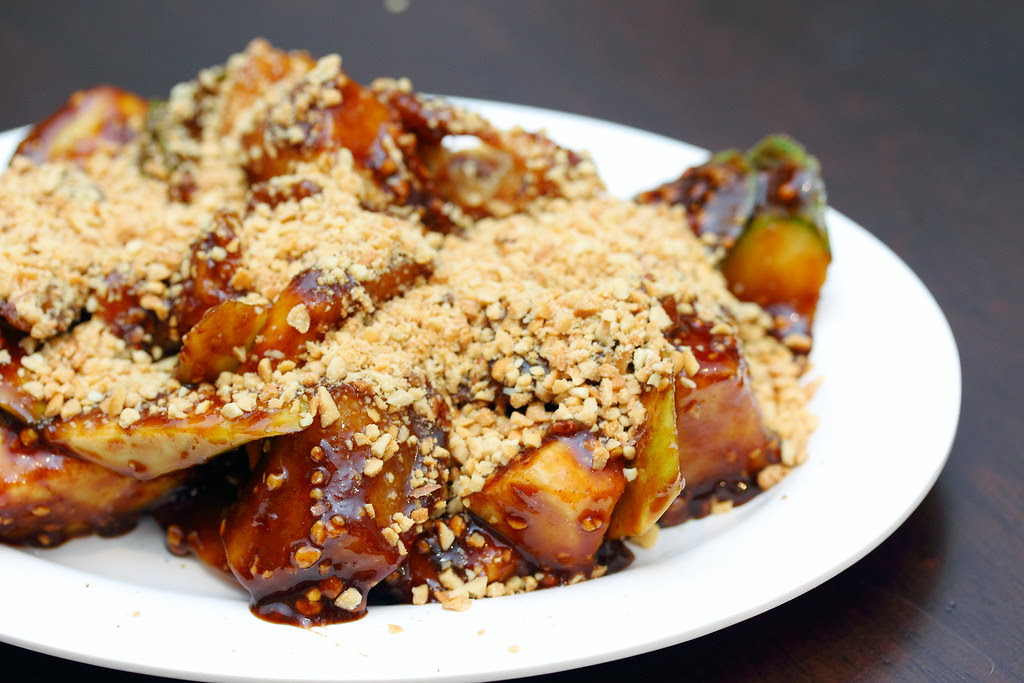 One of the new 5 stalls is the Penang Fruit Rojak ($4.50). I ever been told that a good plate of the mouthwatering Penang fruit rojak lies on the fruit cutting skill to retain the moisture of the fruit. The sweetness of the fresh fruit and the savoury prawn paste worked harmoniously with the chopped peanuts giving it a extra crunchy finish. 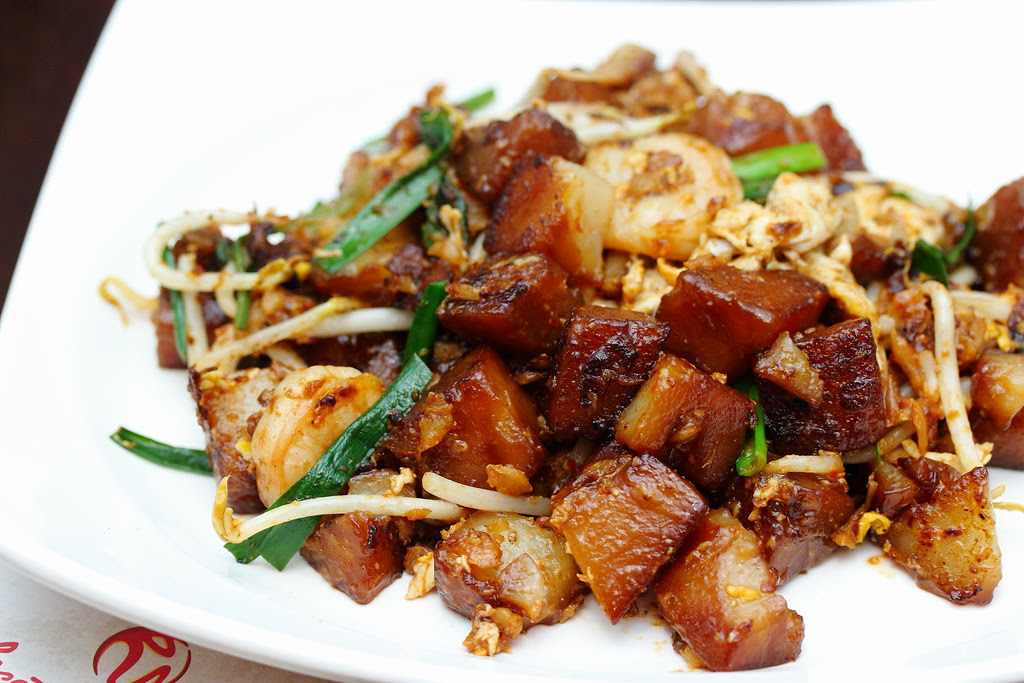 I have to admit that I thought the Char Koay Kak ($5.50) is a mix of our local char kway teow and fried carrot cake. The springy rice cake was wok fried in black soy sauce with eggs and shrimps. The delectable rice cake tasted more savoury than sweet but was very enjoyable. 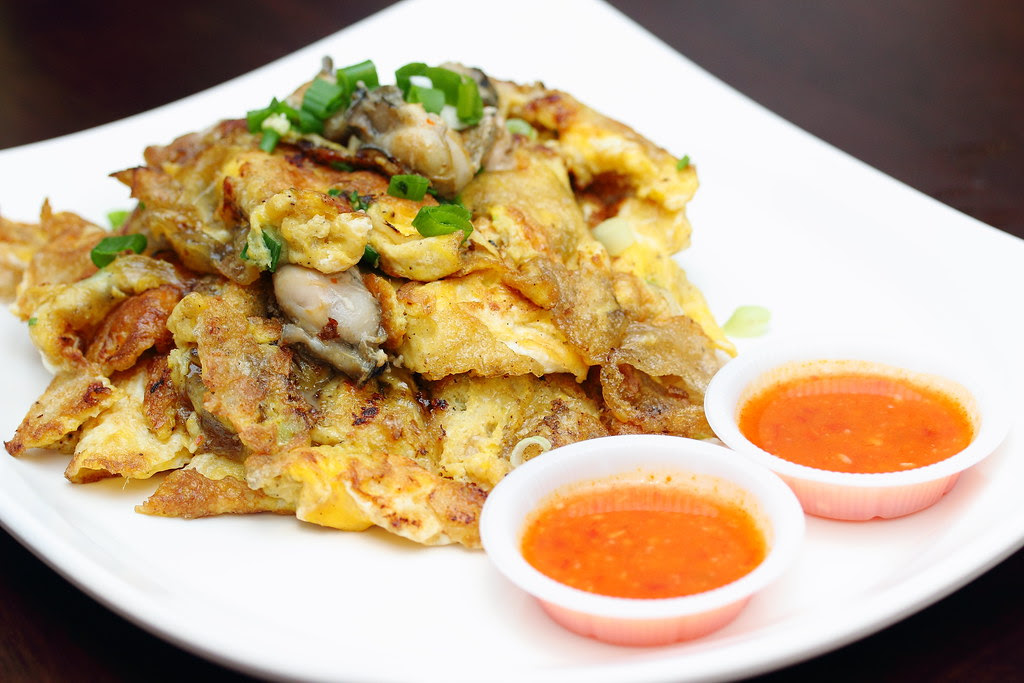 Unlike our local version, the Fried Oyster Omelette or Oh Chien ($8) from Penang uses more flour giving it a more springy and chewy texture. Wok fried together with fresh oysters, I preferred the Penang's version to our local version. Not that I don't like the chilli dip which is quite similar to those used for chicken rice, I preferred a more tangy chilli sauce to go with the fried oyster omelette. 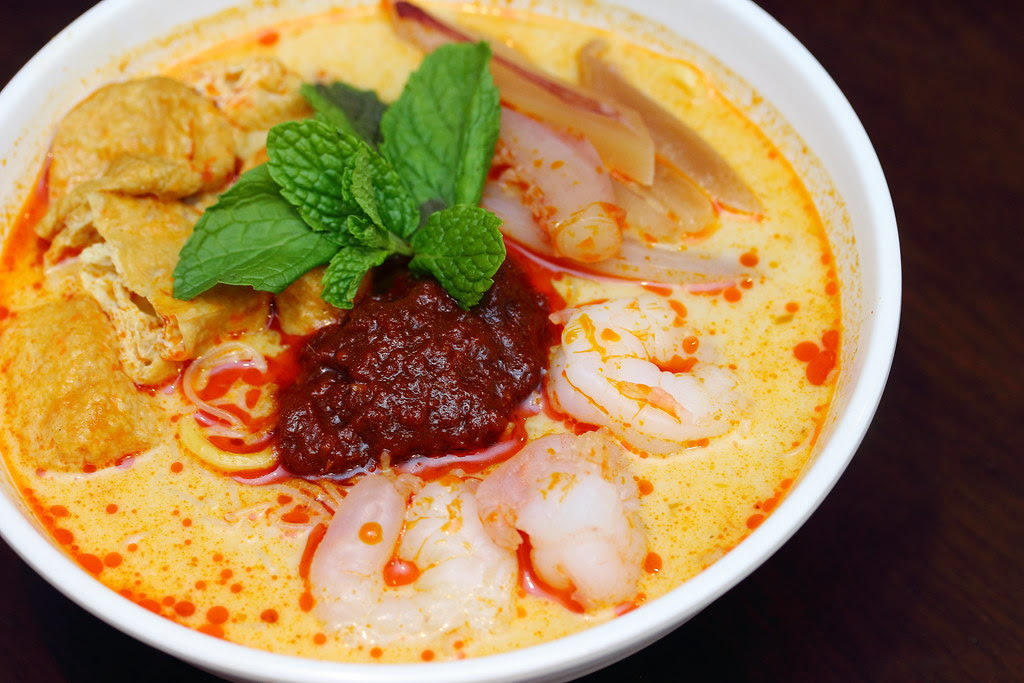 Beside Penang Assam Laksa, the other popular noodle dish in Penang is the Curry Mee ($5.50). The wholesome bowl of curry mee is filled to the brim with prawns, tau pok, cuttlefish and bean sprouts. The rich and flavourful coconut soup base is not really spicy but its so flavourful that I emptied the whole bowl. Mix it with the homemade chilli sauce to raise the spicy level. The authentic Penang curry mee comes with pig's blood but unfortunately this is not allowed to be served in Singapore. 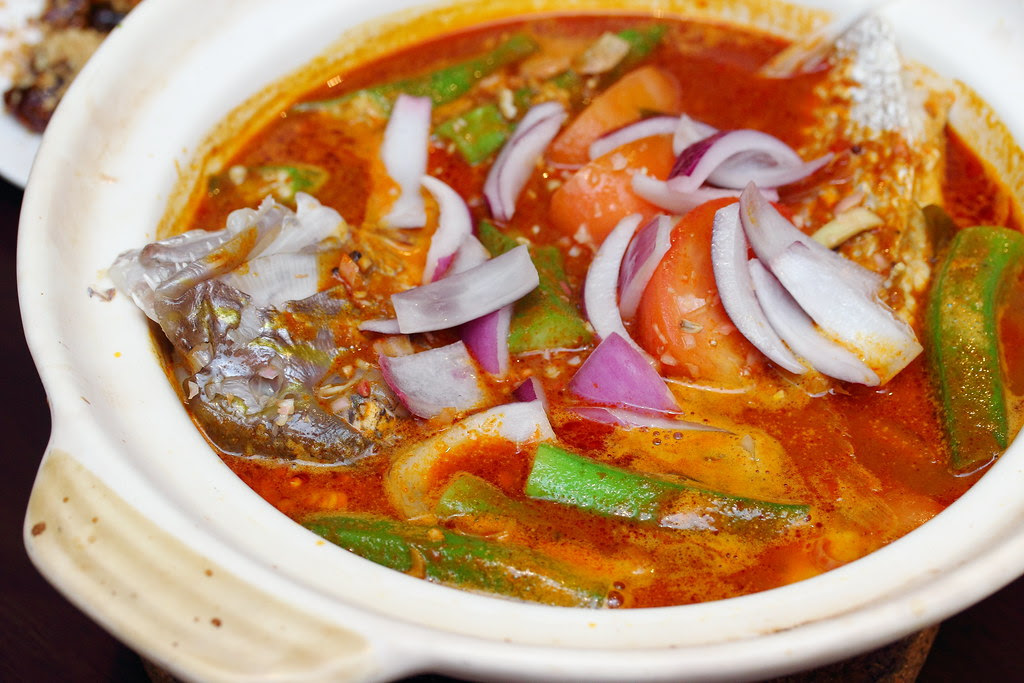 Among the five new stalls, my favourite is the Fish Head Curry ($28). The taste of the fish head curry is inclined to our Indian version that is both spicy and tangy. Cooked in herbs and spices together with lady's fingers. tomatoes and onions, the flavour of this beautiful pot of stew is further lifted by the tamarind and curry leaves. Rice, toasts and roti canai are also served at an additional cost.

The addition of the 5 new stalls at RWS Malaysian Food Street indeed freshen up the offerings with delectable Malaysian hawker fare that will get the foodies excited and satisfied with its affordable pricing. Do also note that the Malaysian Food Street opening hours has changed. Instead of operating daily and rotating the closing day among the stalls, all the stalls will now open everyday except on Wednesday.