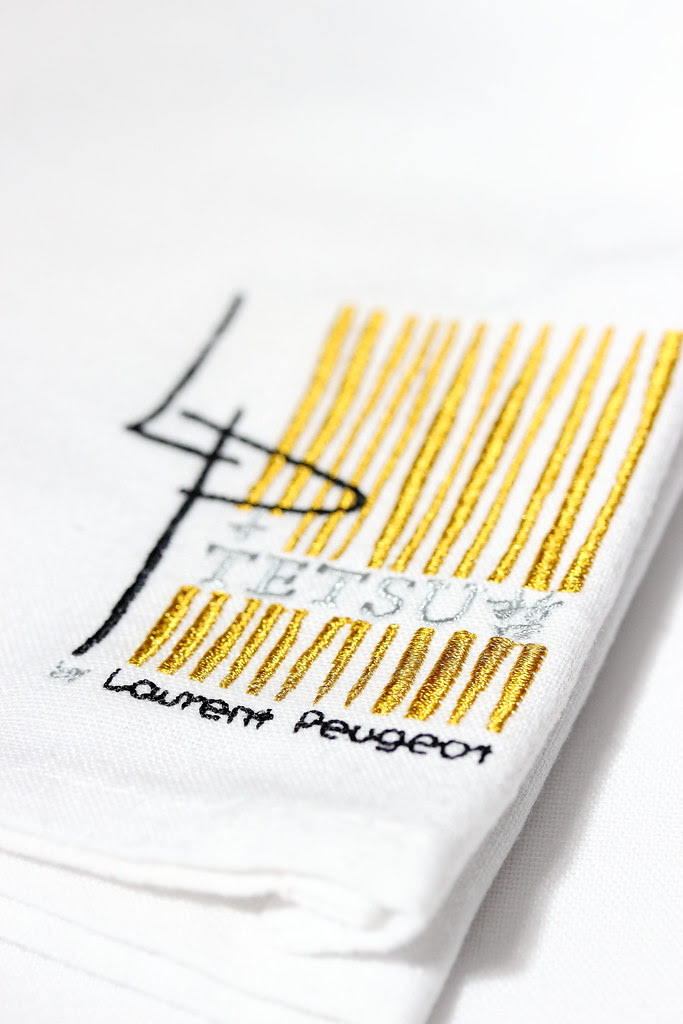 Hot News! The restaurant LP + Tetsu at Tanglin Mall by One Michelin Starred Chef Laurent Peugeot introduced probably the most affordable set menu ever by a Michelin starred chef. Not only that, at LP + Tetsu one can have a choice of Japanese or French cuisine created by the lauded chef. These set menus range from $28, $35 and $45. It is understand that the menu will be changed monthly without compromising in quality. Before starting our meal, we were presented with the amuse bouche. An interesting showcase of the delicate culinary execution of the Michelin starred chef restaurant. After browsing through the menu, I decided to go for the 3 course Encounters French menu ($45) which also has a 2 course meal at $35. 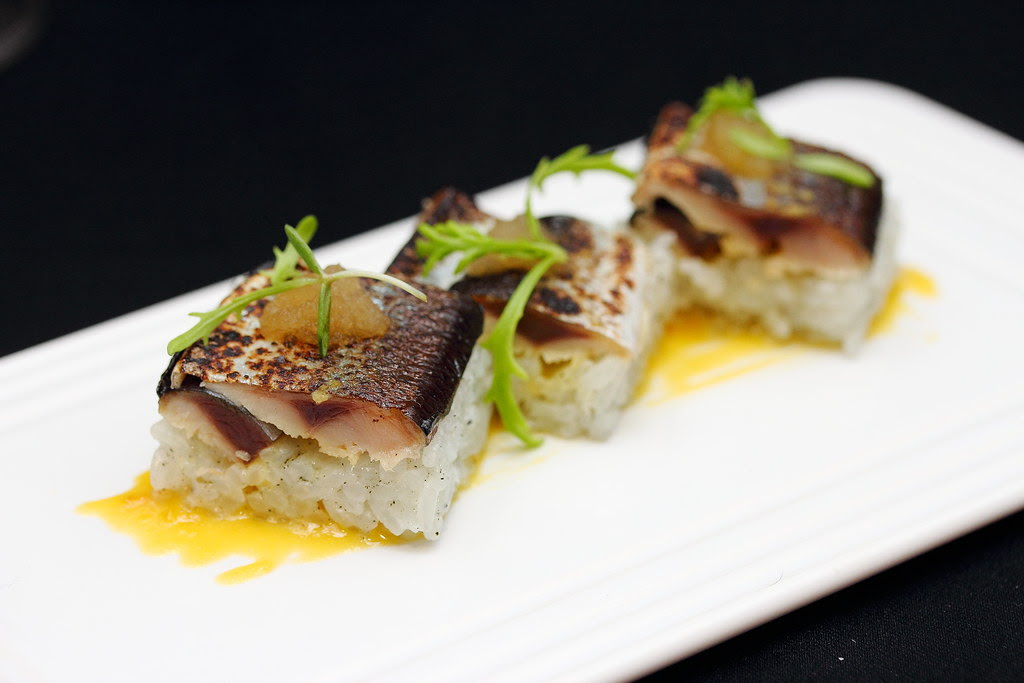 The 3 course Encounters French menu comes with a choice of starter, Salmon in Tartart or Sanma Sushi. I decided to go for the Sanma Sushi even thought I have ordered the French set menu. Since I was given a choice and the restaurant is known for both its Japanese and French fare, I might as well try both the culinary styles. The Sanma Sushi was served on a bed of raphanus sauce and topped with yuzu miso. The execution of the sanma sushi was more robust compared to the usual clean flavours of sushi. 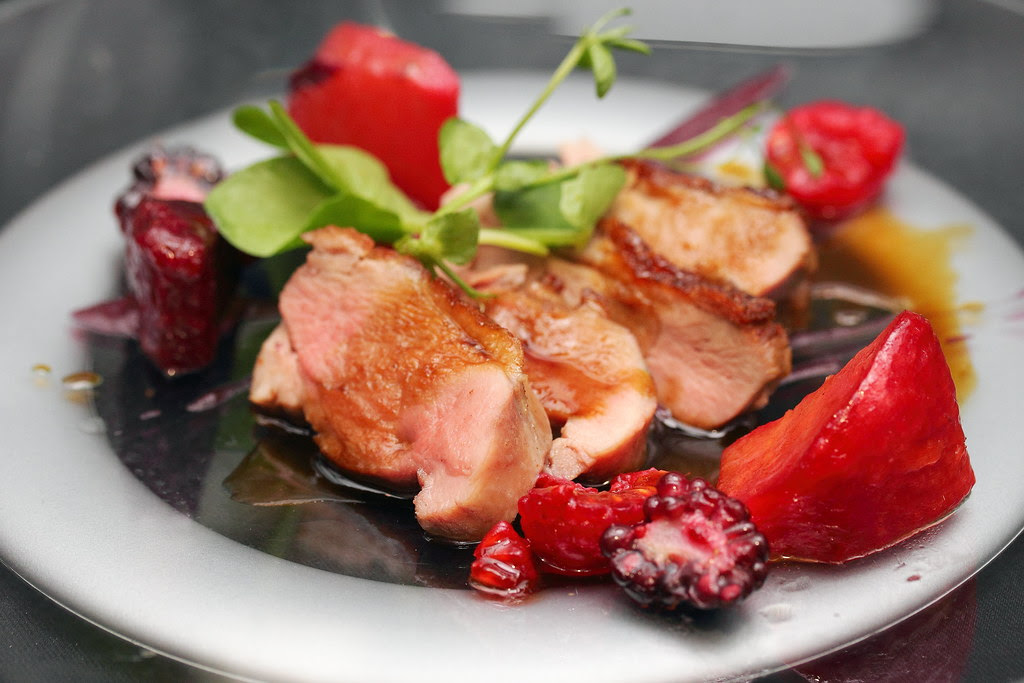 For the main, I was given the choice of John Dory or Duck Breast. I went for Duck Breast since I already had fish for my starter. It was a excellent choice with the beautifully cooked duck meat served with miso red fruits and chiogga beetroot. Picking bone out of the dish I thought the sauce was a bit on the salty side. It seemed like the chef prefers bold flavours in his dish. 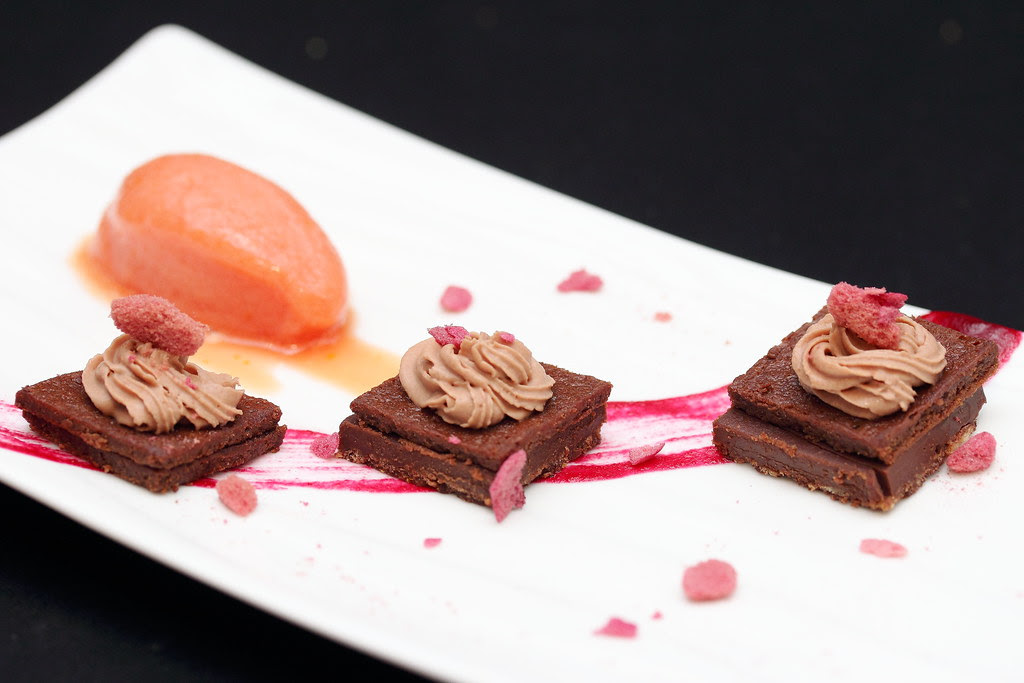 Last of the 3 course meal has to be dessert. There were 3 choices and I decided to go for the Chocolate Beetroot with Blood Orange Sorbet. I was a good choice with the rich creamy chocolate and tangy sorbet wrapping up my 3 course meal on a sweet memorable note. 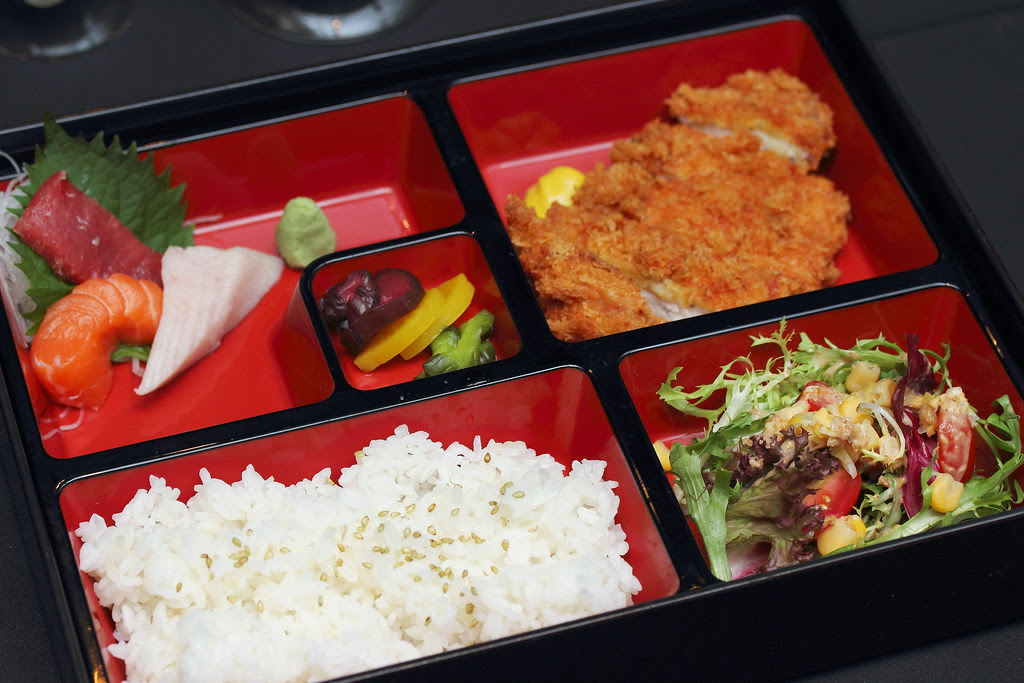 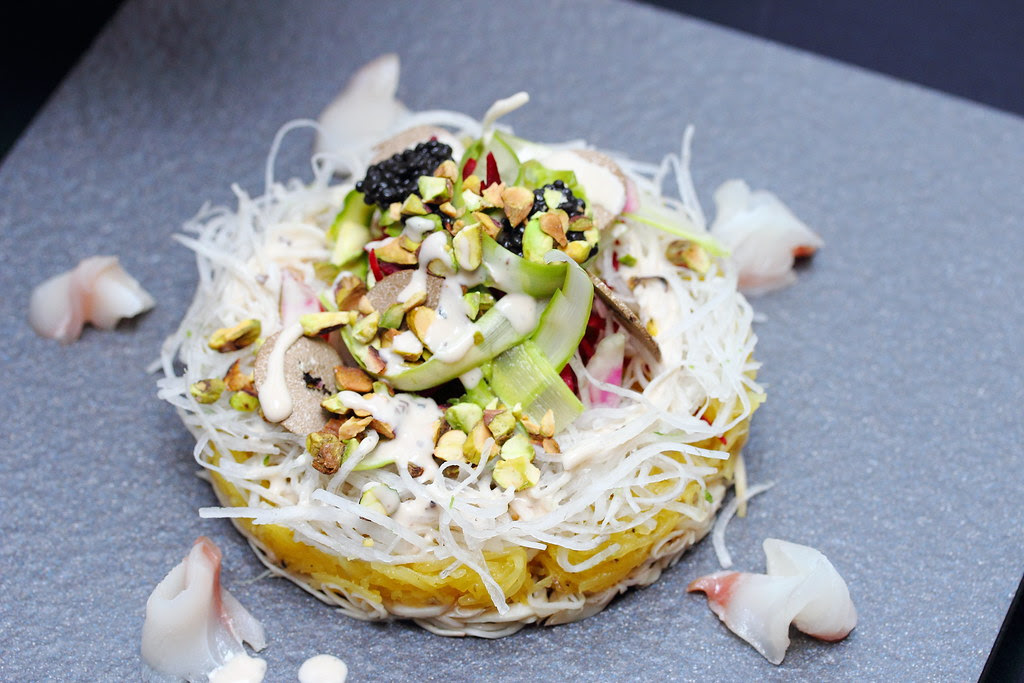 Conjunction with the upcoming Chinese New Year festivities, the restaurant has also created a French and Japanese rendition of the traditional yusheng. The French Yusheng comes with truffle, caviar, vegetables, beetroots imported directly from France in a refreshing French dressing. The melange of expensive ingredients was an unique and interesting change from the tradition. It had textures but the taste may be too refined for the Asian palate that is used to the traditional taste. 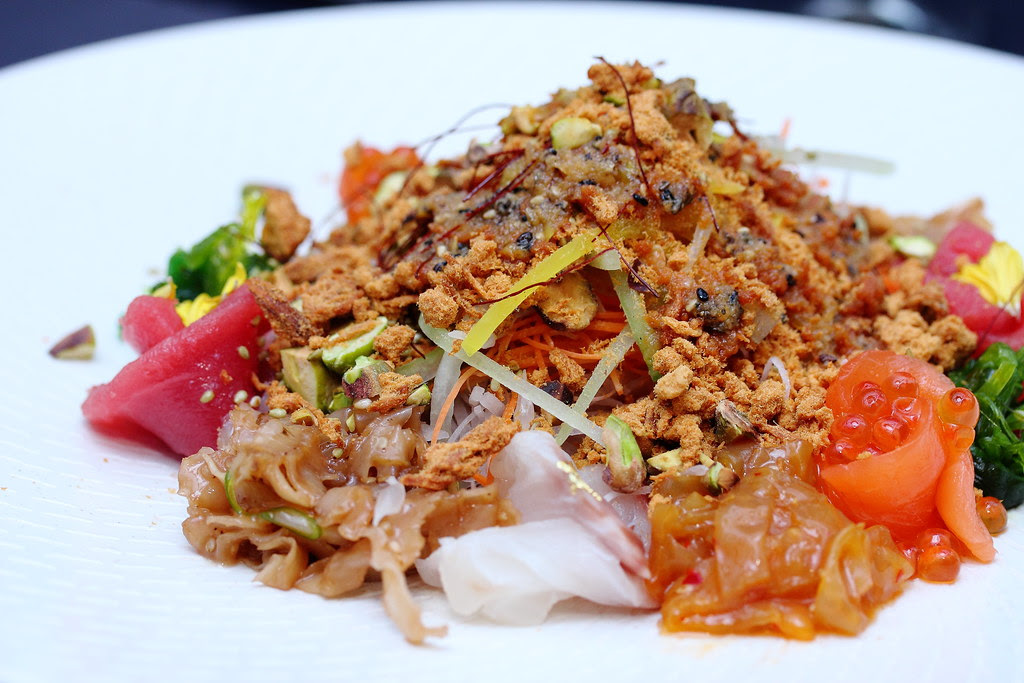 The Japanese Yusheng comes with  a variety of seafood such as tuna, scallop, salmon and more. The Japan version will cater more to the locals with the sweet and tangy flavours that is very similar to the traditional yusheng.

For the folks working around Tanglin area this is a deal definitely not to be missed. Starting from 6 November 2013, the set menus will be available to patrons during lunch time and even for early dinner from 6pm to 730pm daily.