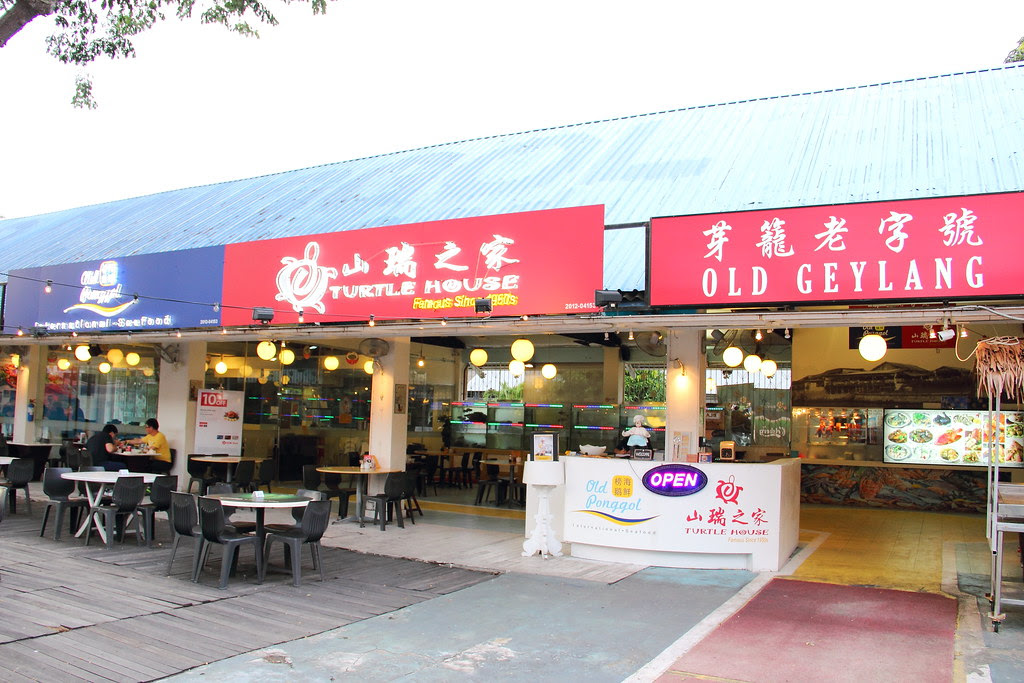 Nestled along the stretch of Geylang Road, the huge compound of Old Geylang housed a 3-in-1 concept of Old Punggol International Seafood Restaurant, Turtle House as well as a durian stall. What a steal for food lover as you can savour the delectable food from all the 3 establishments at one venue. 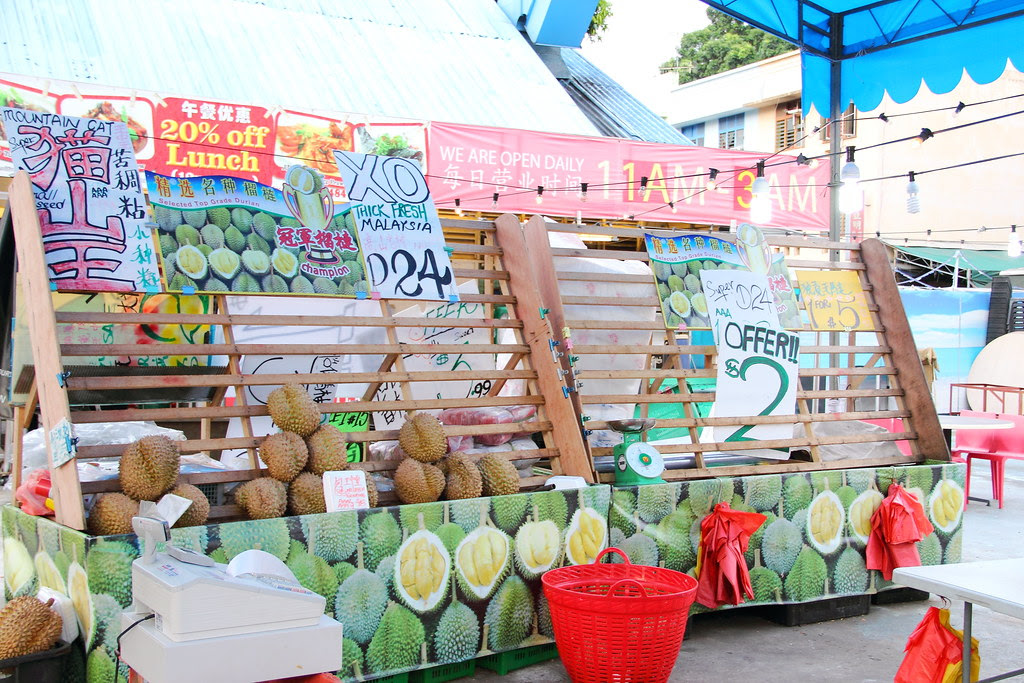 It was quite unfortunate that during my visit, the durian season was over. The stall only has those Thailand durian breed so we gave it a miss. 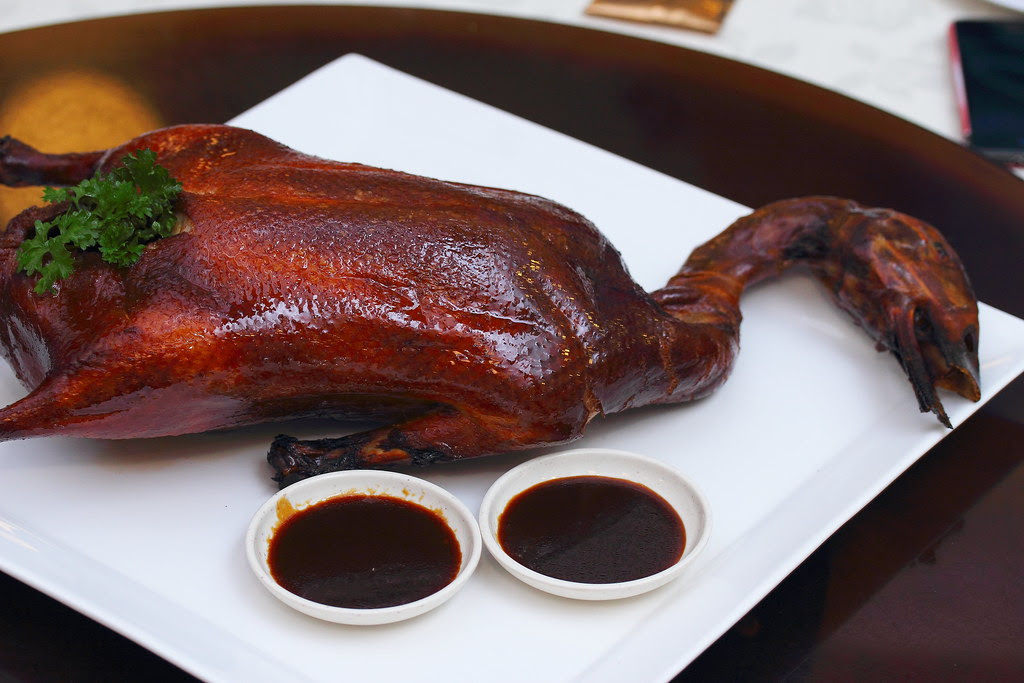 I have my fellow food blogger friends, Celes (Celestialdelish), Samantha (BondingTool) and Tony (JohorKaki) joining me in the sumptuous dinner. 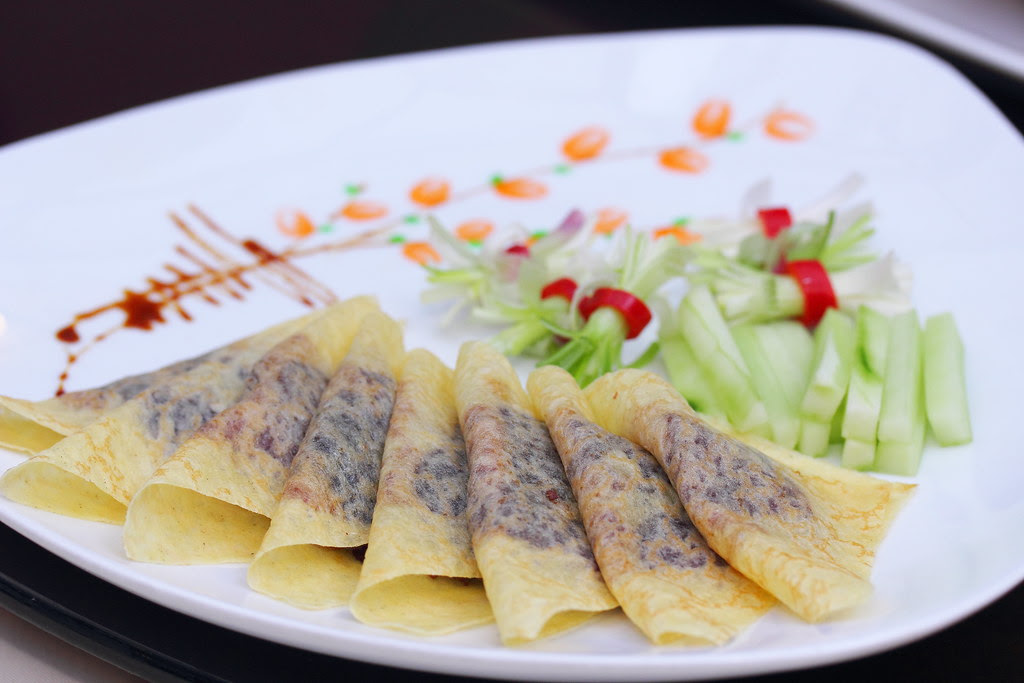 The beautiful Peking Duck ($20 half/ $38 whole) has its crackling skin thinly sliced and wrapped in a delectable crepe like skin. Paired with  spring onion and cucumber plus a bit of the homemade sweet sauce, this is an excellent starter to kick start the dinner. 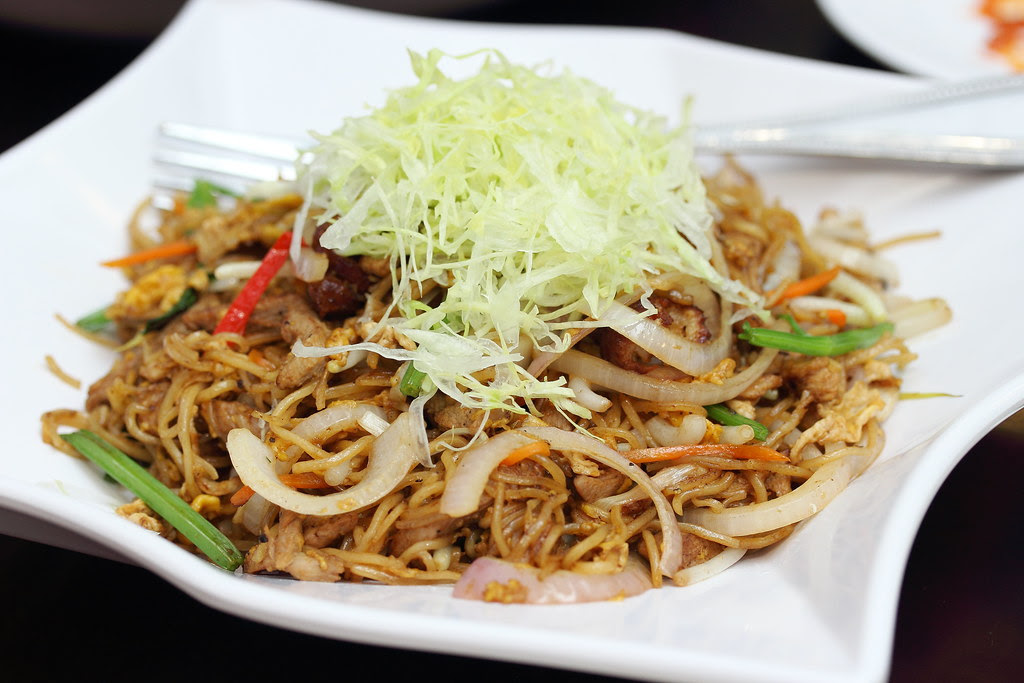 Adding another $10, the chef took the rest of the duck and wok up a plate of Stir Fried Shredded Duck Noodles. I wasn't expecting much from the simple presentation but I was taken away by how fragrant it tasted. I also like the fact that their version was more peppery giving it a nice aroma. 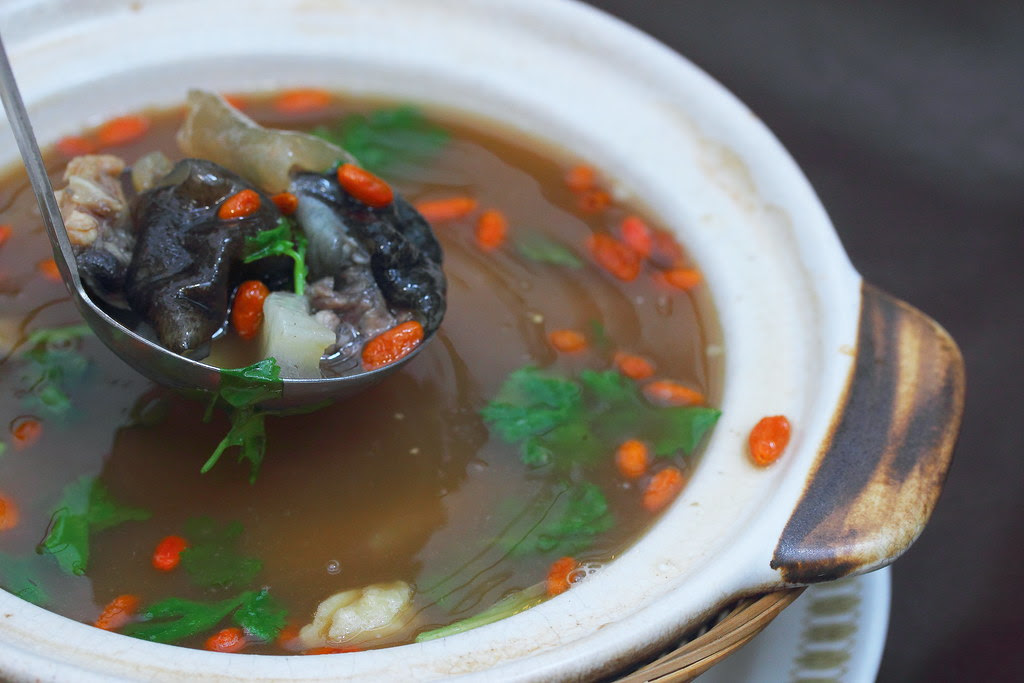 One of the item I was looking forward to try is the nourishing Herbal Turtle Soup ($20/$40/$60) service in a claypot. I was very privileged to have Mr Ong the founder of Turtle House with me for dinner. He has came out from retirement to help his children oversee the reborn of Turtle House under the brand of Old Geylang in a new dining concept. There was so much stories and knowledge he shared with us over dinner. I have learnt so much from him about food especially ingredients such as turtle and crocodile.

Back to the food, the Turtle Soup has a nice herbal flavour but not overpowering. Add a bit of rice wine to enchance the flavour. By the way, do you know which is the most delicacy part of the turtle? It's the turtle feet! I tried one and I liked it. It had a crunchy gelatinous texture some what like eating black fungus. 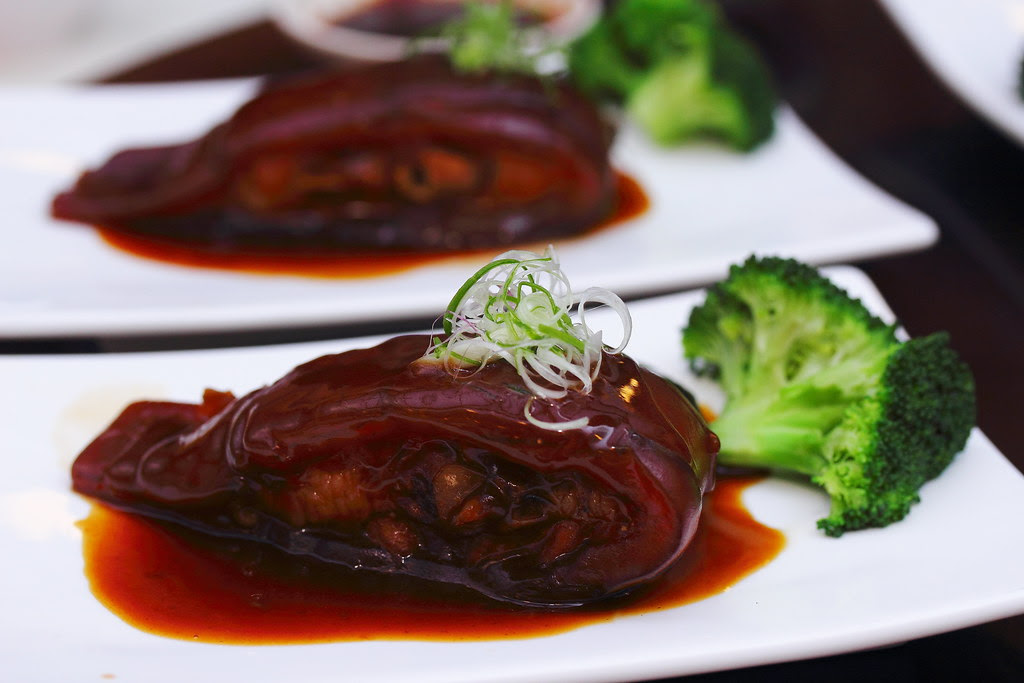 Mr Ong is not only an expert with Turtle. He is also an expert with crocodile. I was told that he has to teach the the farm where they get the supply how to slaughter and portion the crocodile tail. Each crocodile tail can serve about 3-4 portions. The Braised Crocodile Tail with Mushroom ($12 per person) was my first but definitely would not be my last. There is nothing to scare or worry about the exotic meat. The braised crocodile tail was braised to a texture that felt like eating Dong Po Rou. 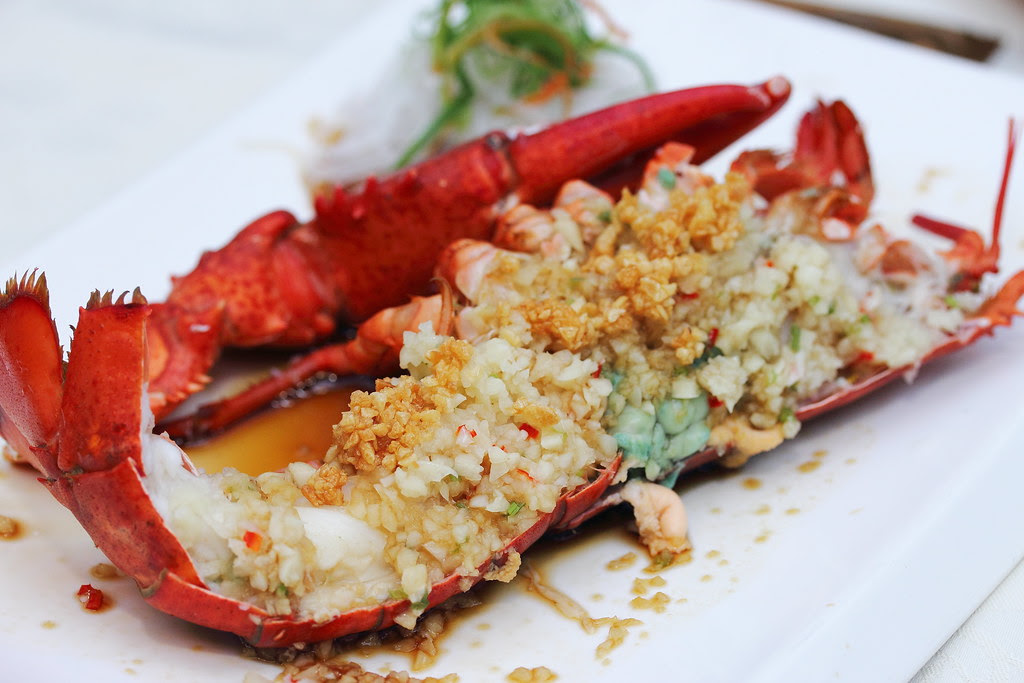 In my own opinion the best way to appreciate the Boston Lobster (seasonal price) was to steam it with garlic. The flesh was cooked to a nice succulent allowing one to enjoy the natural sweetness of the lobster. If you prefer other preparation styles, the kitchen can do it too. 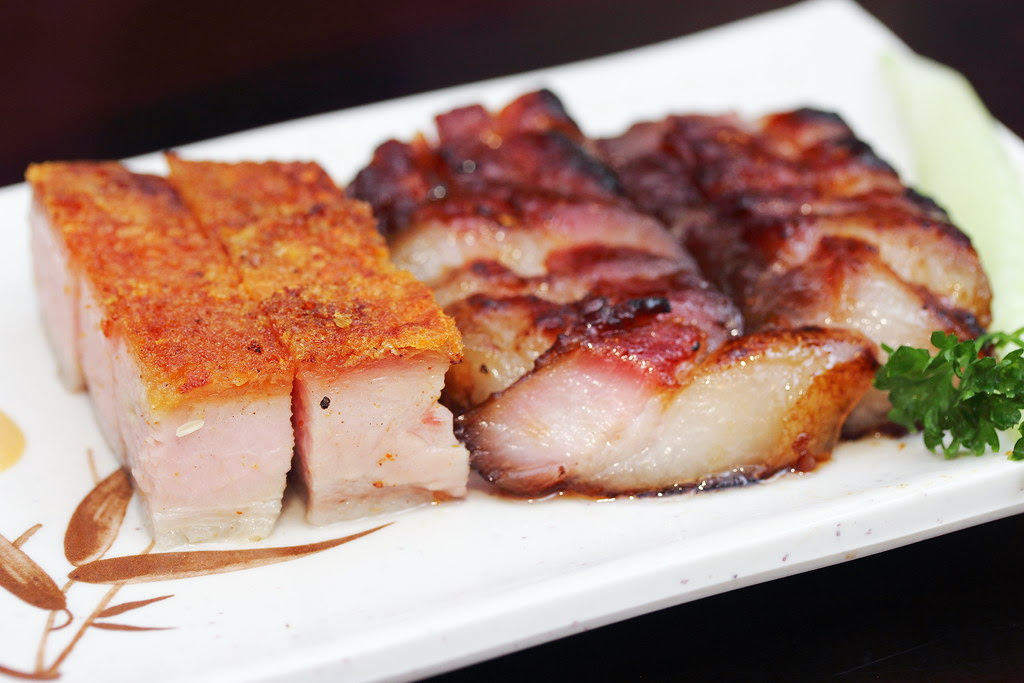 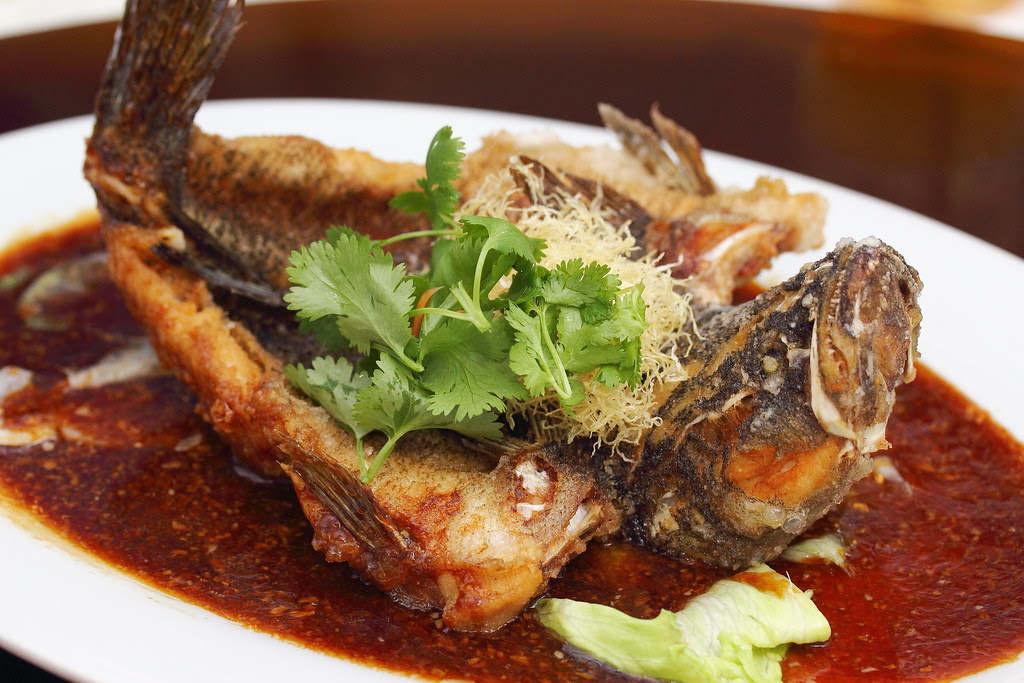 The Soon Hock (seasonal price) was deep fried to a nice golden brown crisp. The moist fish paired with the special homemade brown sauce was a great dish. 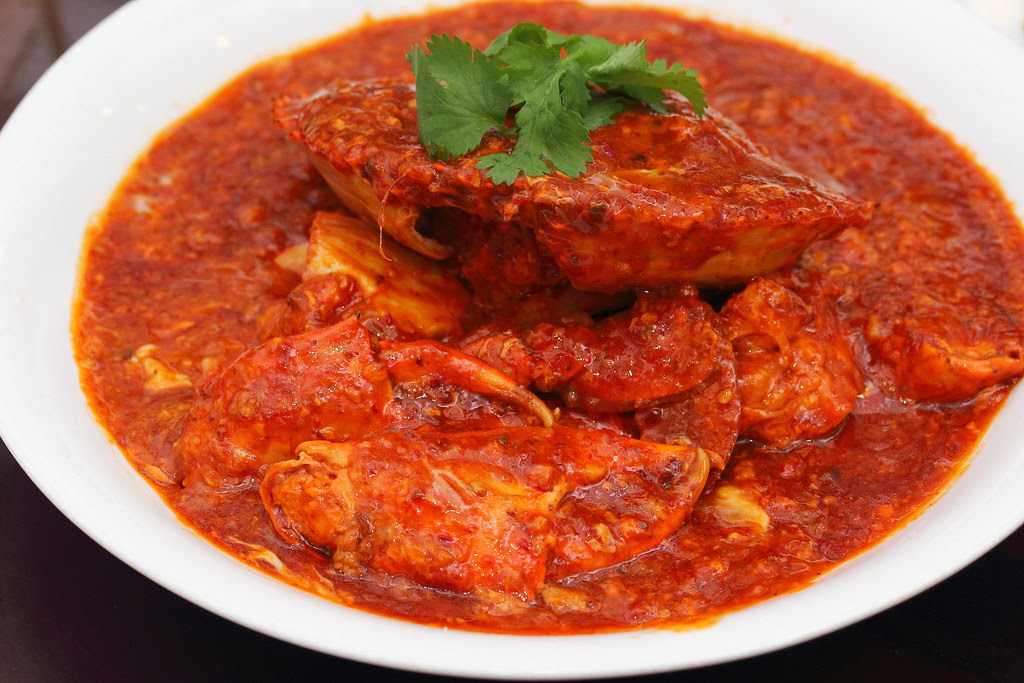 Forget about the other Chilli Crab served at other restaurants. You just have to try the Chilli Crab ($52 per kg) offered at Old Geylang. The special gravy has a good balance of spiciness and sweetness in a sumptuous mix of eggs and crab roes. It was understand that the red dates and dried shrimps have been added to the gravy to gave it that unique taste. 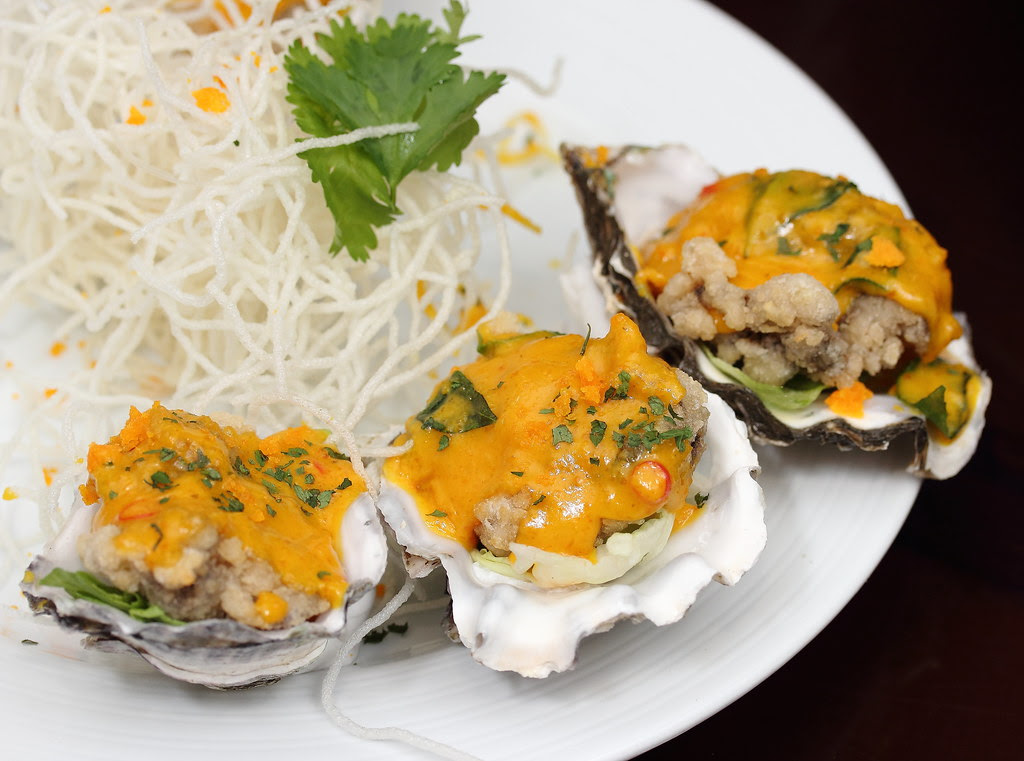 It was quite excited when I knew I was having Salted Egg Oyster. The Salted Egg Oyster ($8 each) was lightly battered and topped with salted egg sauce. I like the combination but the oyster that day was a bit too small to showcase the potential of the dish. Checked with the restaurant and its confirmed that the size of the oyster was not ideal. Usually it is much bigger. 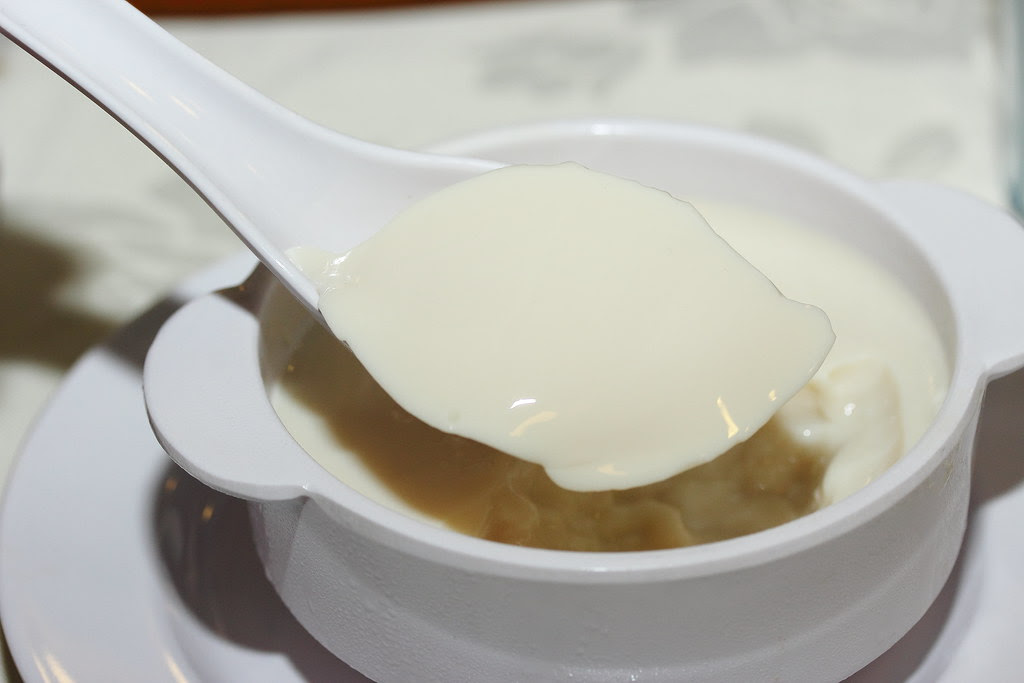 Wrapping up the feast was a bowl of delicate Chilled Beancurd. It was actually quite a welcome dessert which was light, refreshing and smooth after the heavy meal.

Word is that the huge compound maybe adding a new Western fare concept to the umbrella arm of Old Geylang. I like the concept of Old Geylang of housing hierachy brands allowing foodies to be able to enjoy the delectable food of this traditional brands. The spacious restaurant has plenty of parking lots at the back of the building. To get to the carpark, access via Sim Ave onto Geylang Lorong 23. Turn right to the carpark after the new Singapore Badminton Hall. The restaurant also offers valet parking for patrons.