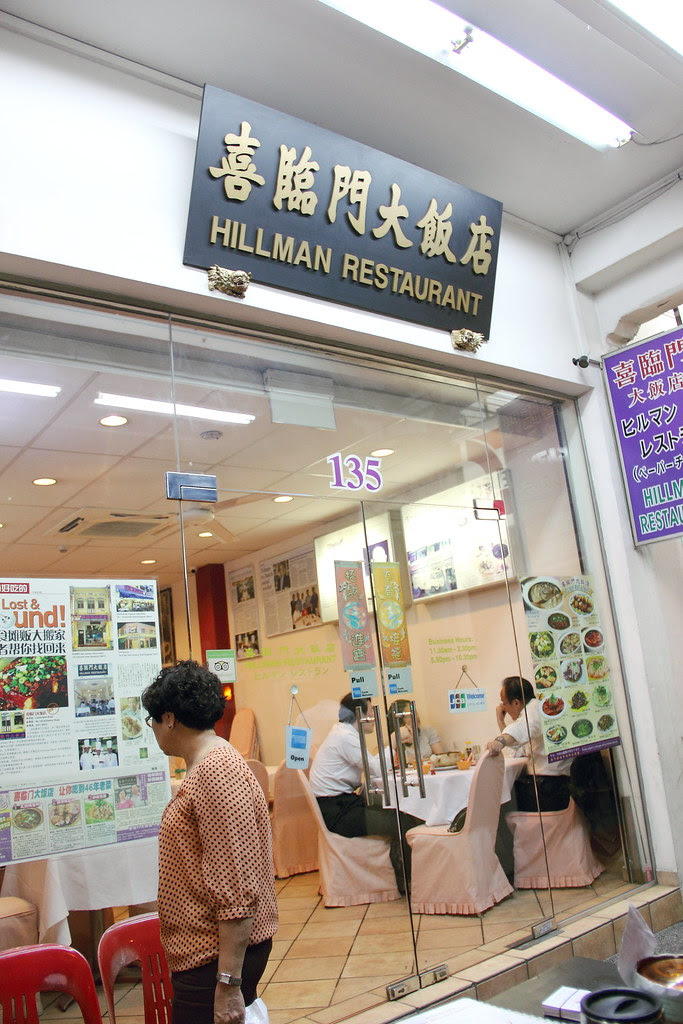 When I was doing my blog post research on restaurants that started business in the 1960s for my OMY Blog Award 2013 article, I get to know Hillman Restaurant which started business in 1963. Founded by the late Mr Wong Lin Ooh and Madam Chan Ah Chee located along Cantonment Road (now the Pinnacle at Duxton) serving Cantonese Claypot cuisines before moving to the current location in 2003. The restaurant has won many recognition and awards in the culinary industry and it is currently run by the 2nd and 3rd generations.. The restaurant has another branch called Manhill Restaurant at Pasir Panjang. 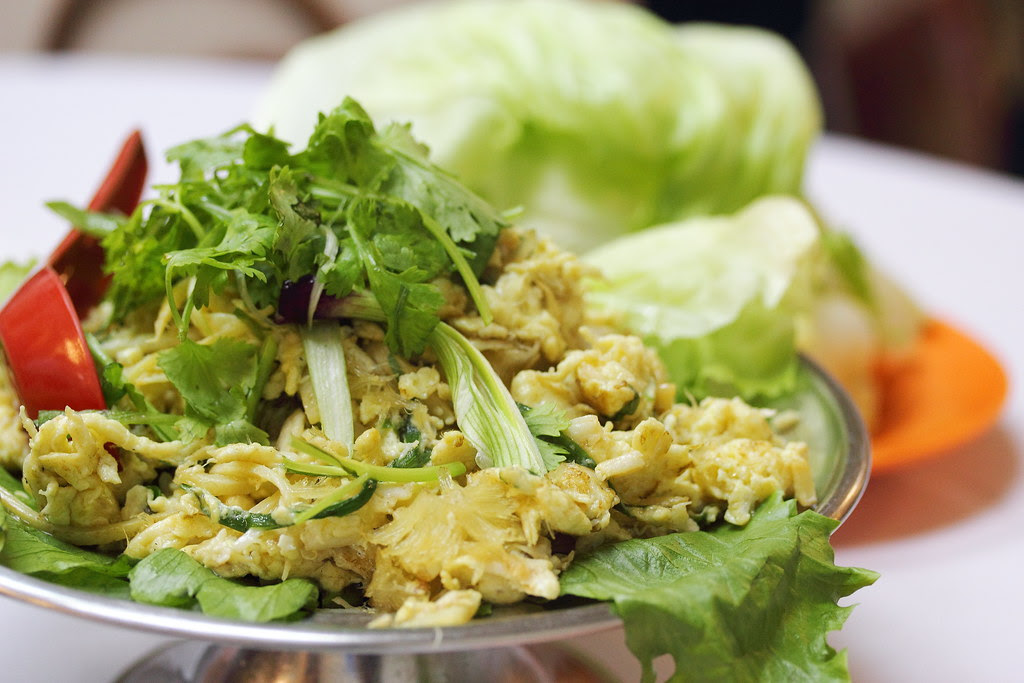 Stepping into the restaurant, I was surprised to see that it is full house on a weekday night. Without prior reservation, I was lucky to get a table for 3. I noticed that we are the only Singaporean in the restaurant where the rest will Japanese. I also realised that the menu comes in Japanese and most of the table ordered similar dishes. Looks like this restaurant is quite popular among the Japanese community.

After my observation, I ordered the Fried Shark's Fins with Scrambled Eggs ($40/60/80) served with a plate of lettuce which was seem in almost every table. To eat it, pick up some of the fried scrambled eggs, wrapped it with the lettuce and eat it together. While it is an unique experience piecing the different ingredients together, flavour was nothing near to wow about. 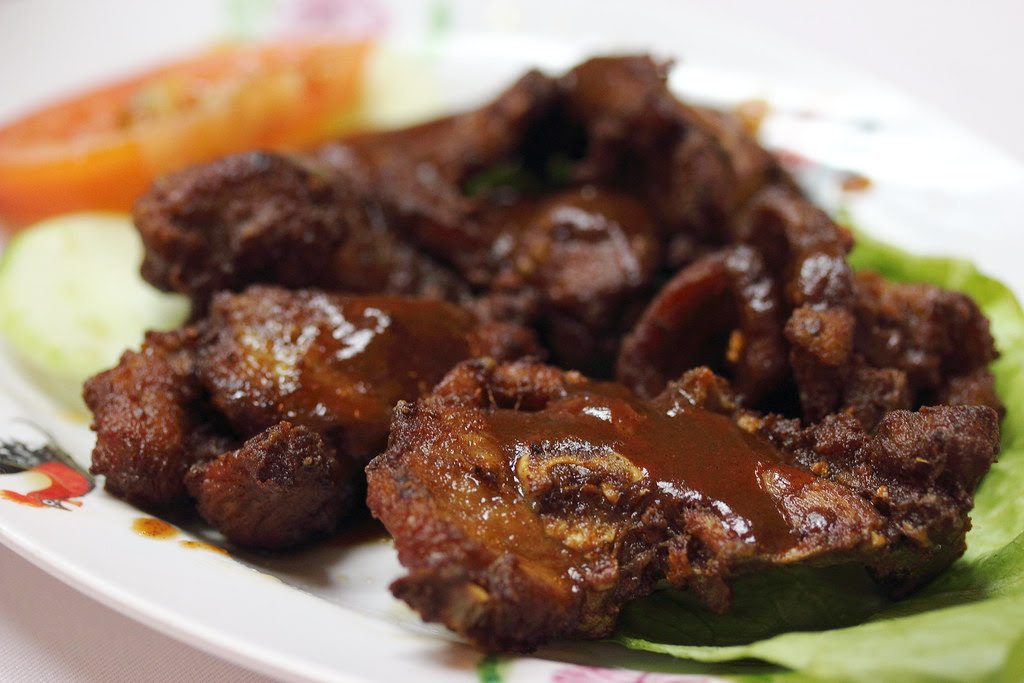 The ugly looking pieces of Fried Pork Ribs in Chinese Style ($14/22/30) was surprisingly very tasty with its flavourful marinate and glazed with a beautiful plum sauce. Although the appearance looked dry but its actually quite succulent. 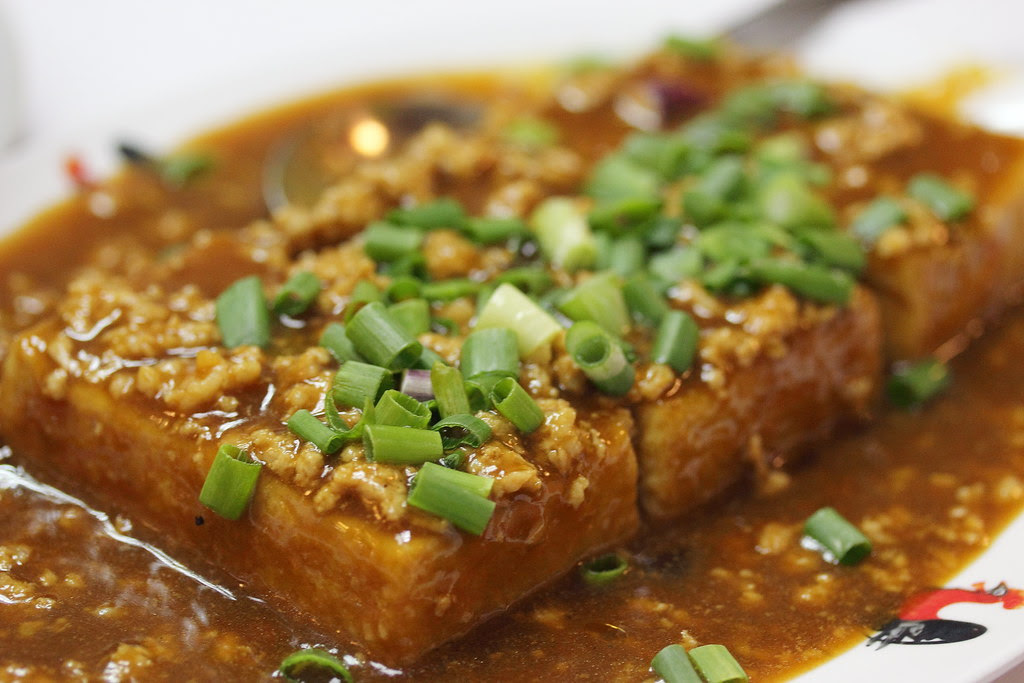 The Happy Beancurd ($14/22/30) topped with minced pork and spring onions was smooth and silky. A delightful dish that will send one smiling. 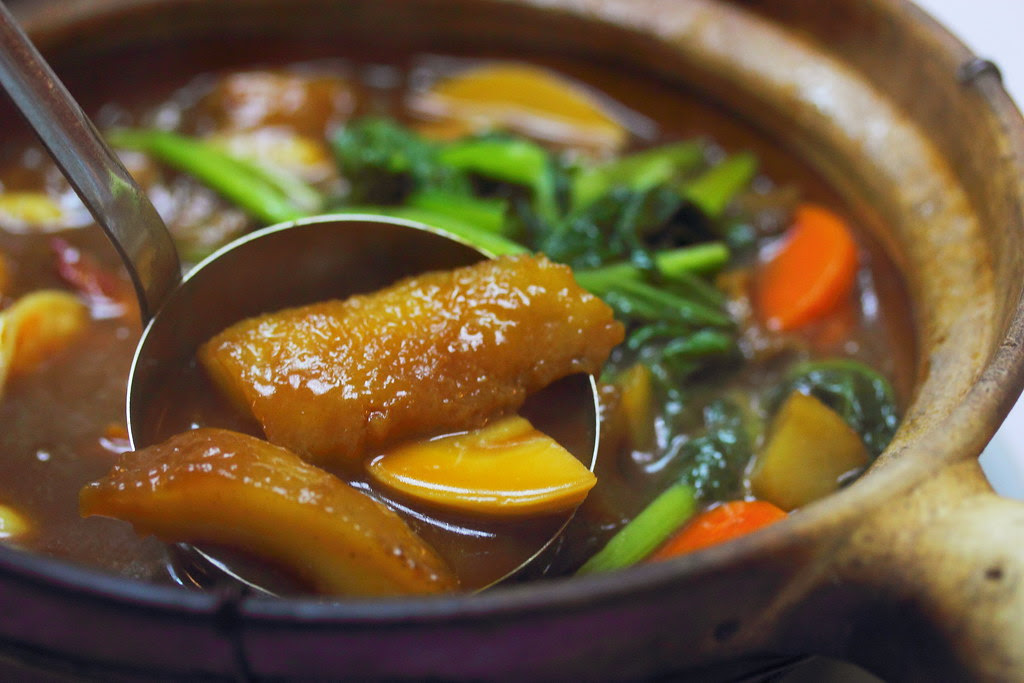 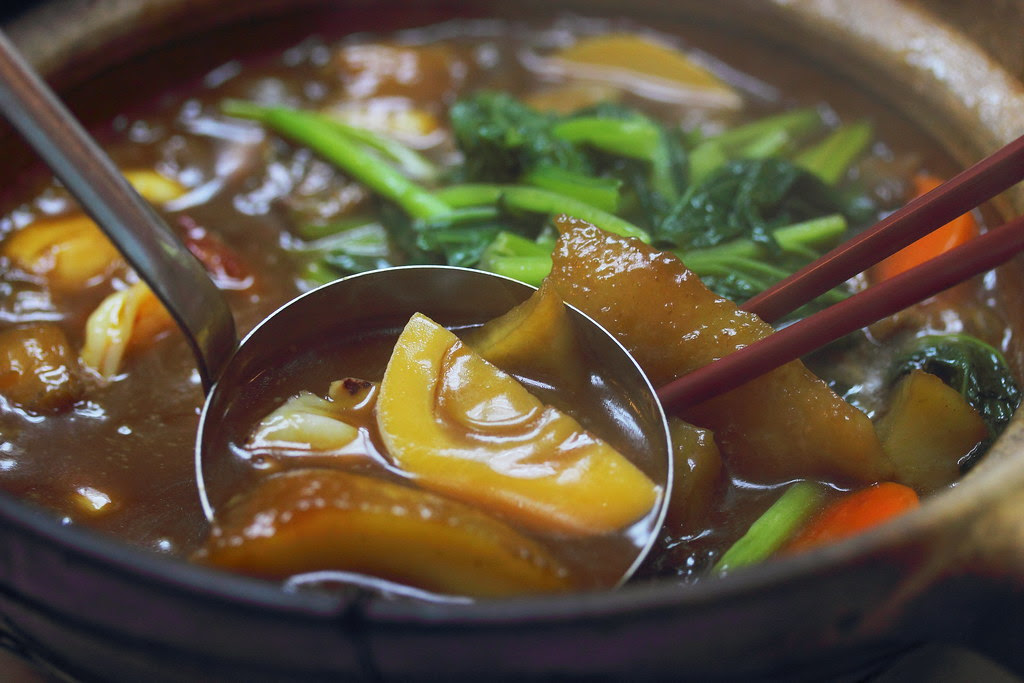 The signature at Hillman Restaurant is their claypot dishes which was what the founder, the late Mr Wong Lin Ooh has started the restaurant for. I tried the Pot Sea Cucumber with Seafood ($14/22/30) which came with springy sliced sea cucumbers and a mix of greens and seafood. It was an enjoyable dish and the gravy goes well with the rice.

In 1978, Hillman Restaurant was invited to take part in the first Asian Salon Culinaire which is equivalent of today's World Gourmet Challenge (Food and Hotel Asia). The chief judge was Mr Paul Bocuse, legendary French Chef who has a medal of Commdeur de la d'honneur (National Order of the Legion of Honour) and the Meilleur Ouvier de France (The best food craftsman of his lifetime) and owns a 3 Michelin stars restaurant Lyon. The restaurant won a gold medal for the Boneless Chicken Dish, a silver for Claypot Prawns and a bronze for the Cold Dish. In 1984, the restaurant won a silver medal in the International Master Chef of Chinese Cuisine Competition held in China for its Special Coconut Chicken dish. Last but not least in 2008 the restaurant is awarded the prestigious World Famous Restaurant by the World Association of Chinese Cuisine. With all the recognition, its no wonder the restaurant is popular with foreigners. It does not seem like our locals know much about the achievement of this humble restaurant occupying a 2 storey shophouse building along Kitchener Road.

Direction:
1) Alight at Farrer Park MRT station. Take Exit I. Cut across City Square Mall to the exit to Kitchener Road. Cross the traffic junction and turn left onto Kitchener Road. Journey time about 8 minutes. [Map]
Posted by DerrickTan at 12:10 AM