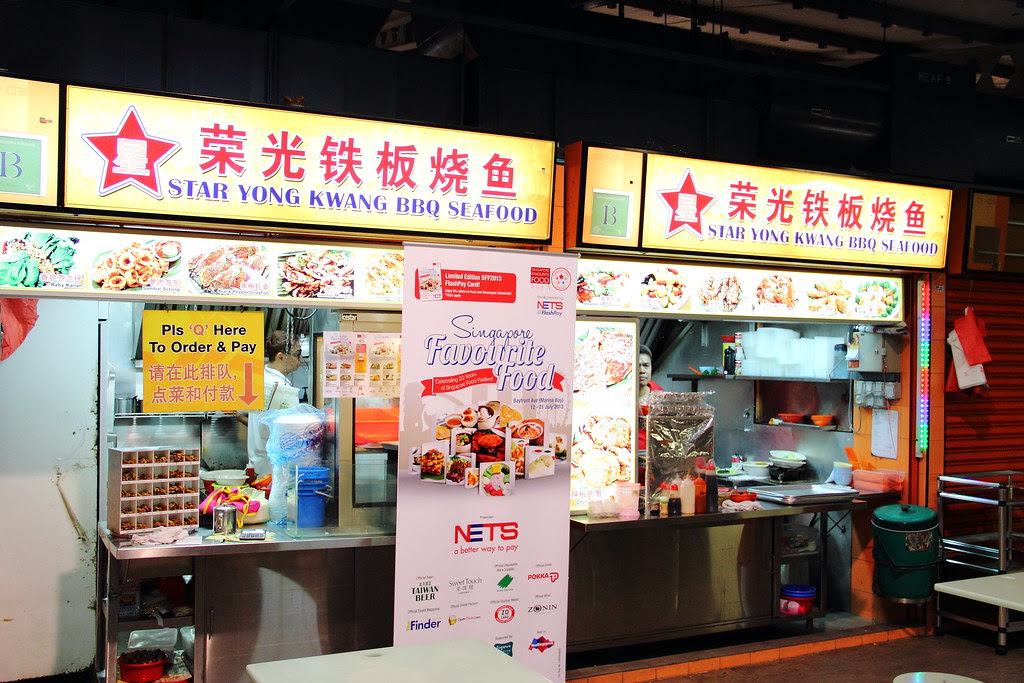 Star Yong Kwang BBQ Seafood is one of the top 20 winners of this year Singapore Favourite Food 2013. The zi char place took up 2 stalls at Alexandra Village Food Centre. The stall is owned by Mr Eng Boon Har but you will not be surprised to see his 18 years old son behind the wok cooking your delicious food. His son has been cooking since 13 years old under the watchful eyes of his father has learnt the trade well. He is probably one of the youngest hawker in Singapore. Looks like there is hope for the next generation in Singapore's hawker heritage. By the way he is quite good looking too. 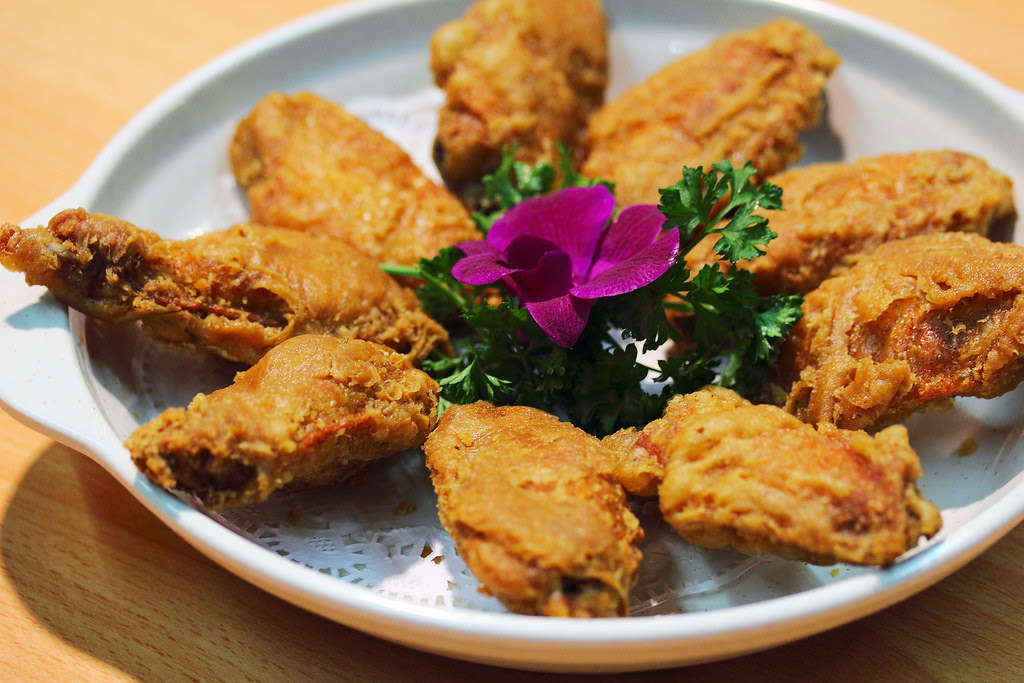 The Prawn Paste Chicken was deep fried to a nice crisp golden brown colour. However the prawn paste flavour was a bit mild. 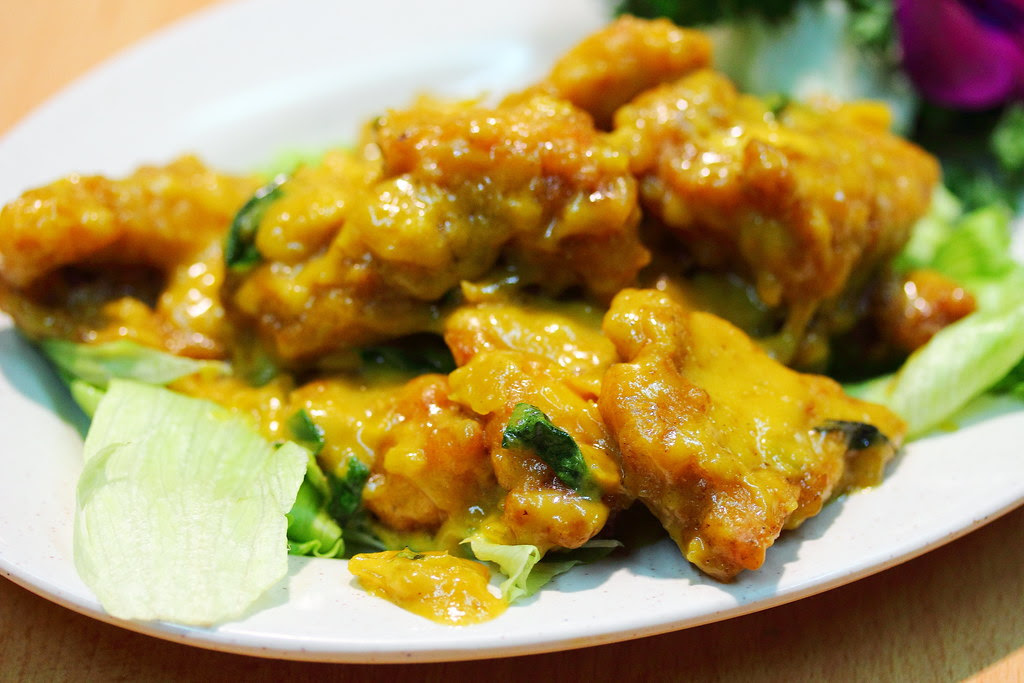 I guess anything that is done with salted egg already is a winner for me. The Salted Egg Pork Ribs at the Zi Char stall was really good. Further enhanced with the curry leaves, the flavours were top notch for the succulent pork ribs. 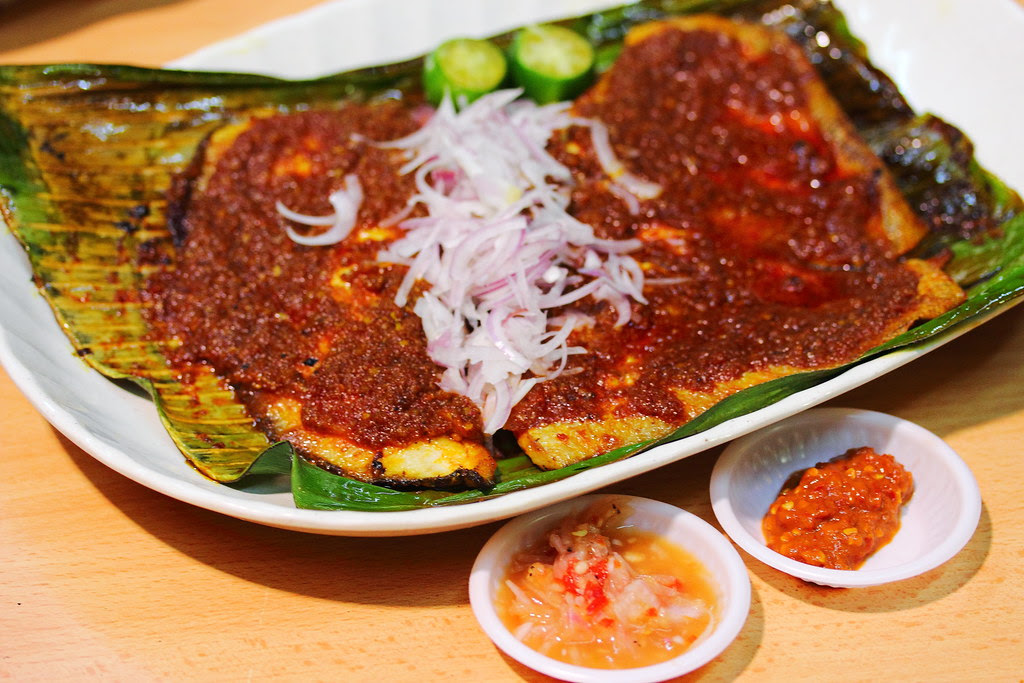 This is probably one of the better Sambal Stingray I have tried. The chilli was the star that complemented the BBQ Sambal Stingray. Besides the sambal chilli, a must for me is the chinchalok dipping sauce to go with the stingray. I am glad that the zi char stall serves it too. 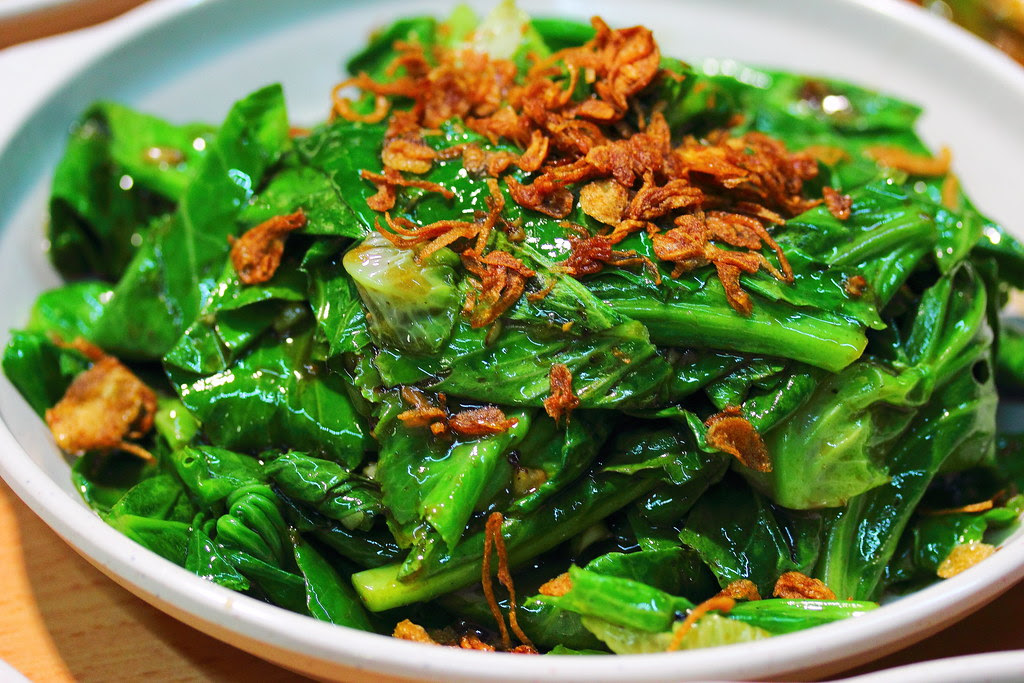 Timely to have a huge plate of greens to balance off the feast. The Stir Fried Kai Lan was not overcooked, still have a nice crunch to it. The fried shallots gave the vegetable a nice fragrant and crisp when eaten. 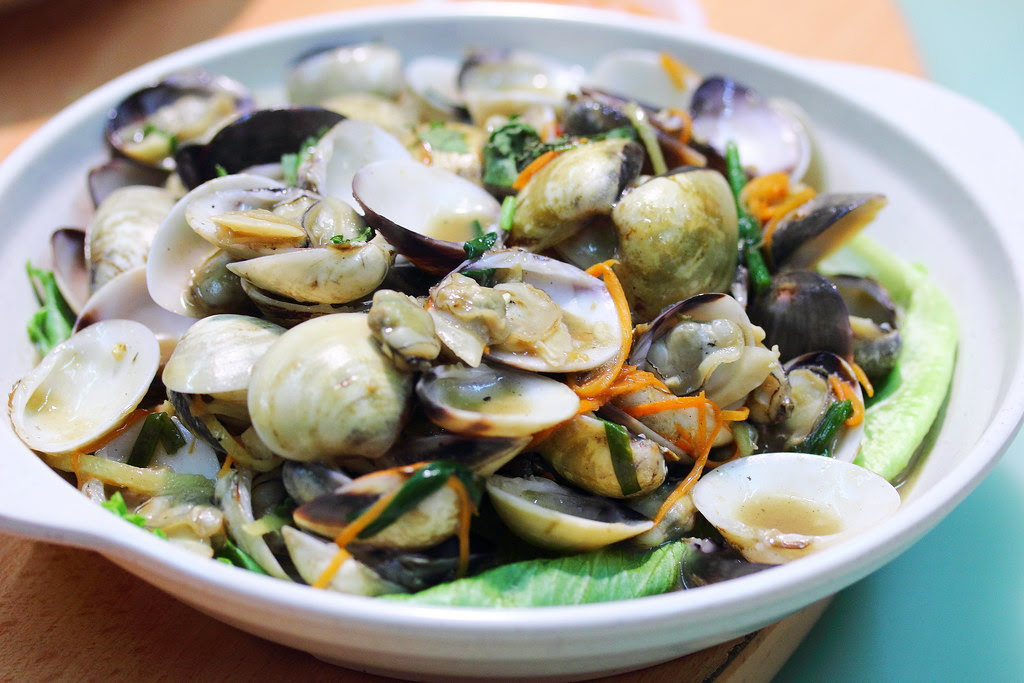 When shellfish is not cleaned probably, you end up eating sand with the flesh. I have to say I did not have such encounter with the Zi Char stall's Stir Fried La La. The La La may not be very big but they were really sweet. 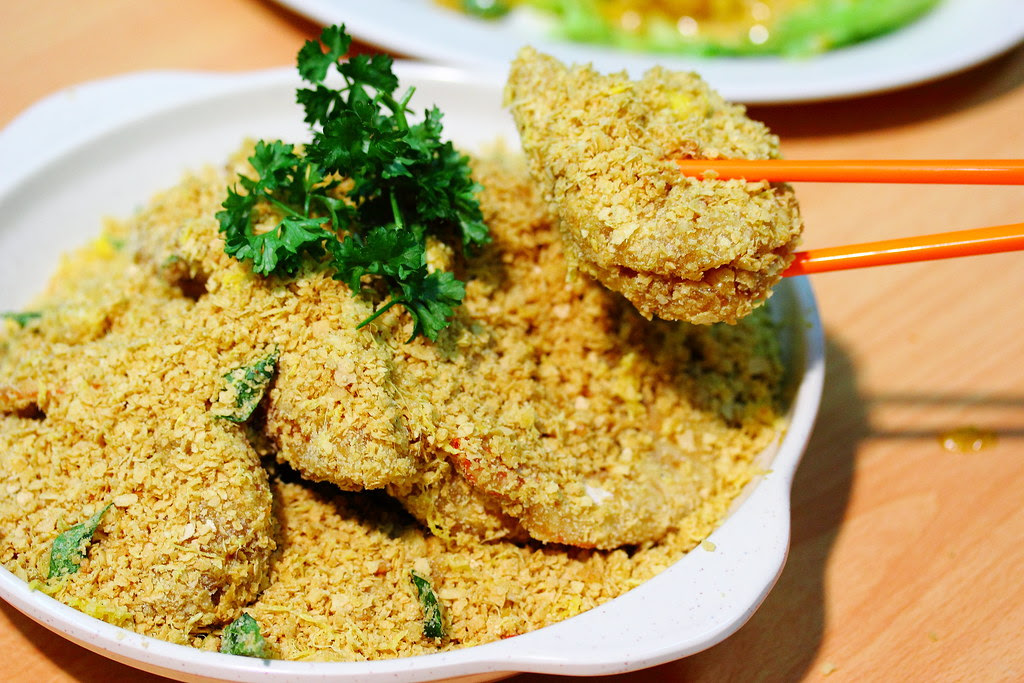 The Cereal Prawns was pretty awesome too. Besides the fresh and succulent prawns, the cereal condiments with the hint of curry flavour was heavenly. It gave the dish an additional flavour and texture enjoyment which complemented the prawns.

Posted by DerrickTan at 1:35 AM