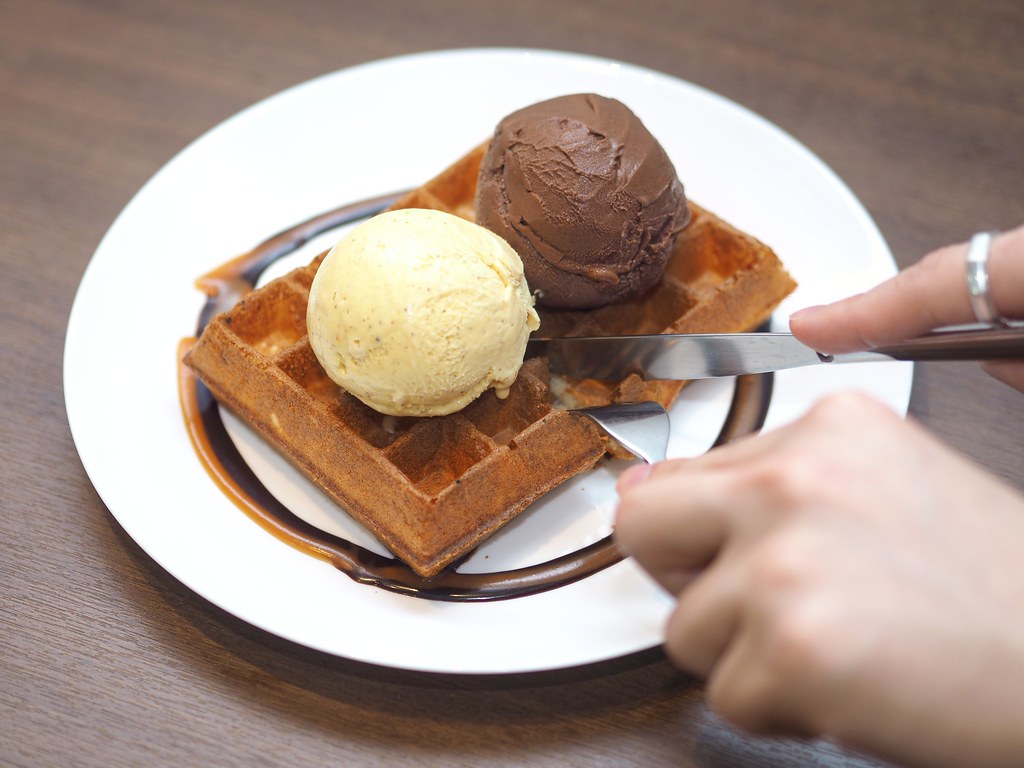 Located in the heart of Bishan, new and upcoming gelateria, Denzy Gelato was announced as the winner of the inaugural Singapore Gelato Championship on 28 August 2019, earning the prestigious title of "Singapore's Best Gelato". Helmed by founder Damien, he is trained the art of gelato creation in Italy and uses only quality ingredients in his unique handmade ice cream creations. Expect exclusive gelato flavours such as the Persian Prince, Elderflower Mojito, Ruby Chocolate & Raspberries, Basil, and Cereal Milk - adventurous and distinctive flavours which were inspired by this time overseas. 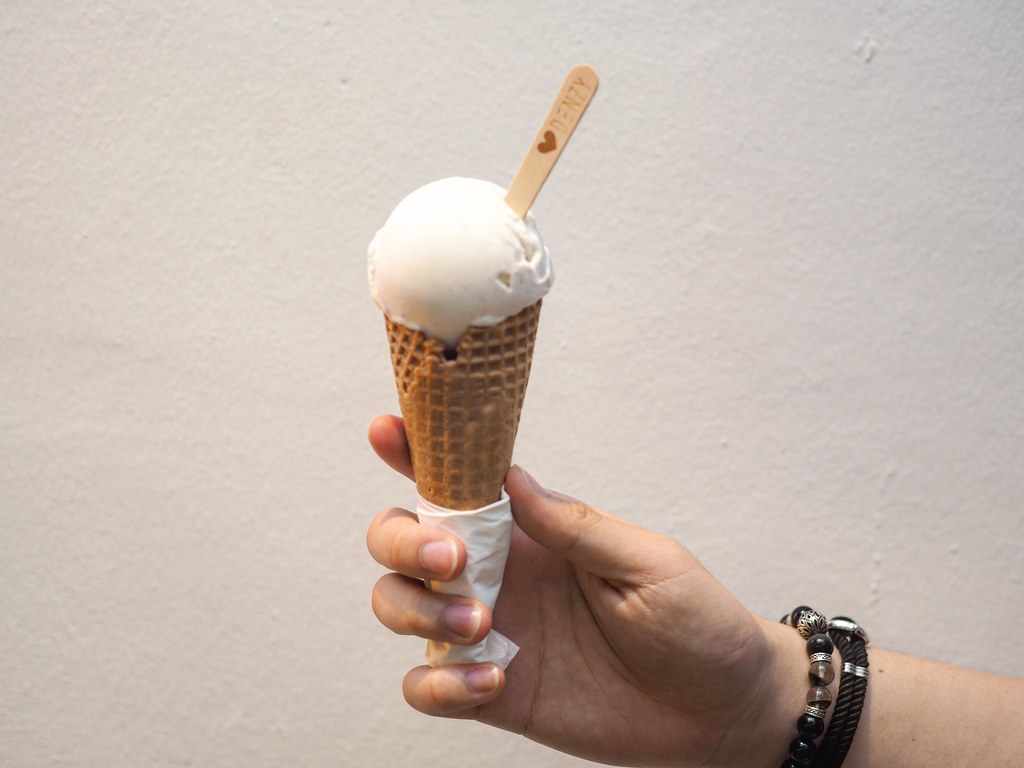 We went for the award-winning flavour - Pear, Ginger and Ginger Flower. The gelato has a stronger ginger flavour on a cone, which has a light pear fruit touch and floral finish. Crediting part of his imagination as a time in his youth while observing his father use the ginger flower to prepare Chinese rojak for their customers, owner Damien was determined to create this unique flavour based on exotic local ingredients and eventually won the competition with his innovative craftsmanship and exquisite creation. 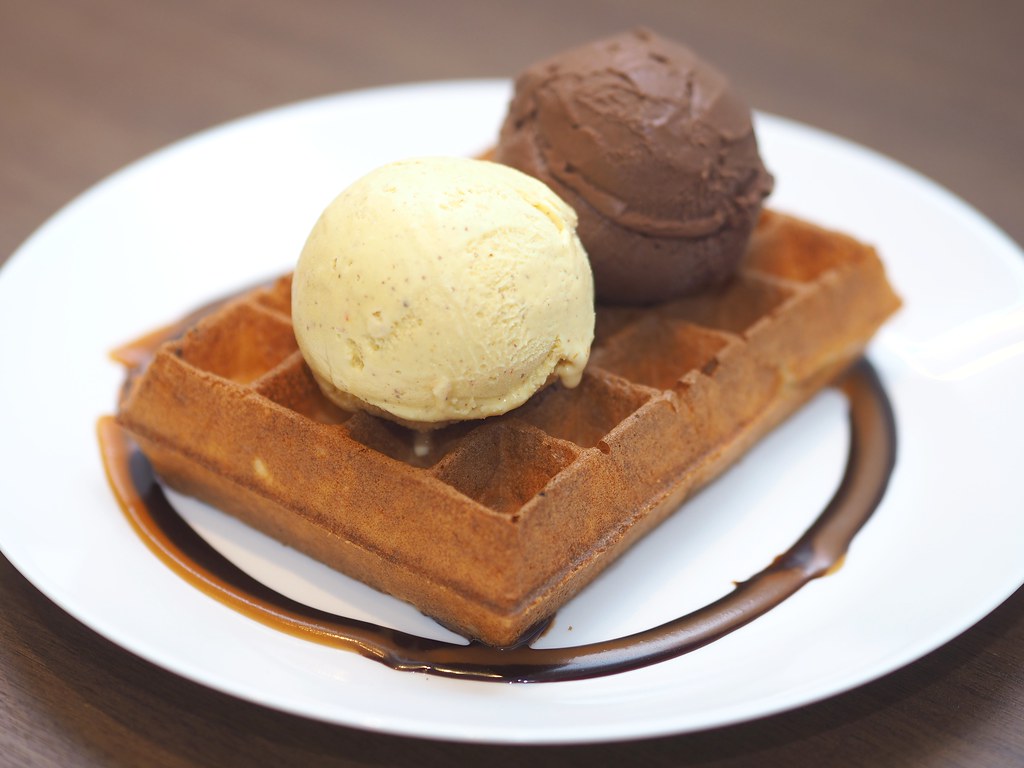 The quaint 30-seater gelateria also offers waffles, coffee and assorted tea as well. Don't miss out on their waffles when you're here! Extremely crispy outside and fluffy within, the warm waffles is an absolute enjoyment to go with their ice cream. We went for our favourite flavours - a double scoop of the Persian Prince and Skinny Dark Chocolate Sorbet.

The Persian Prince features a combination of almond and saffron (one of the most revered spices in the world). A unique Italy-inspired flavour which you probably cannot find elsewhere in Singapore, it has a creamy, nutty taste. The almonds are also stone-grounded for 10 hours prior, adding to the authenticity of the flavour.

Another signature flavour is the Skinny Dark Chocolate Sorbet, which is a lighter, and more refreshing version to the creamier Dark Chocolate Gelato. It may appeal more to people who favour the non-creamy and delectably light texture of the sorbet while retaining the richness of the chocolate flavour. 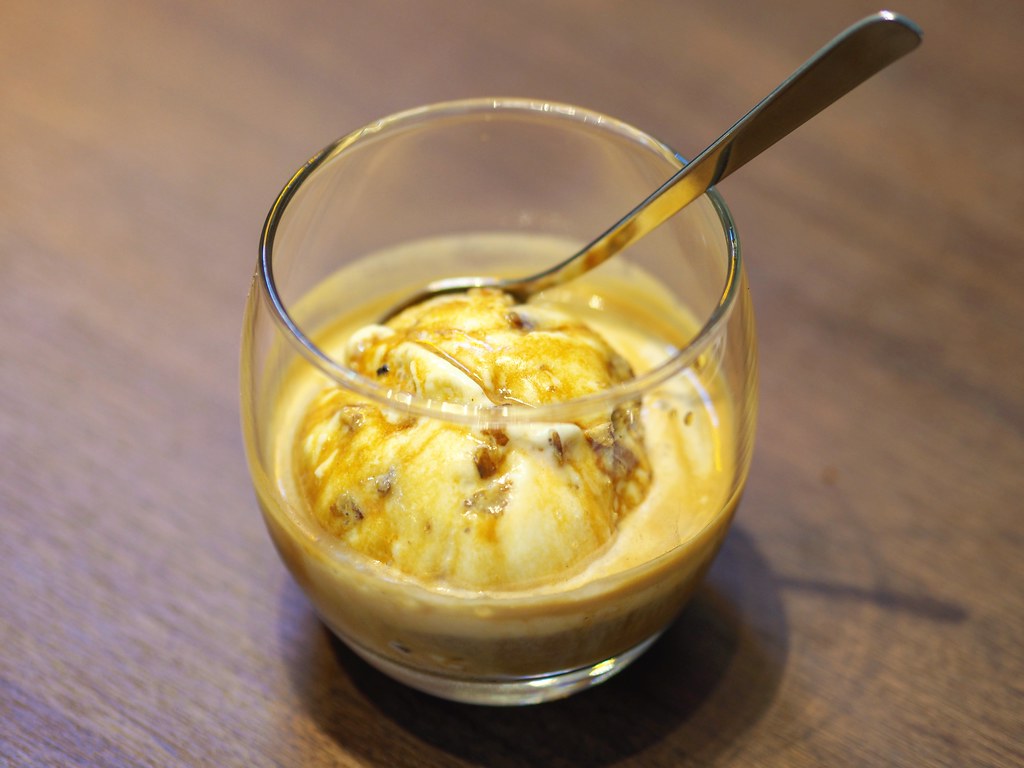 Diners may choose any gelato flavour to go with the Affogato, giving them a chance to create unique flavours to their likings. We opted for the Whiskey & Salted Pecan Brittle to go with the bitterness of the coffee, which gave the affogato a little more of a kick, while the pecan brittles added an addictive crunch. 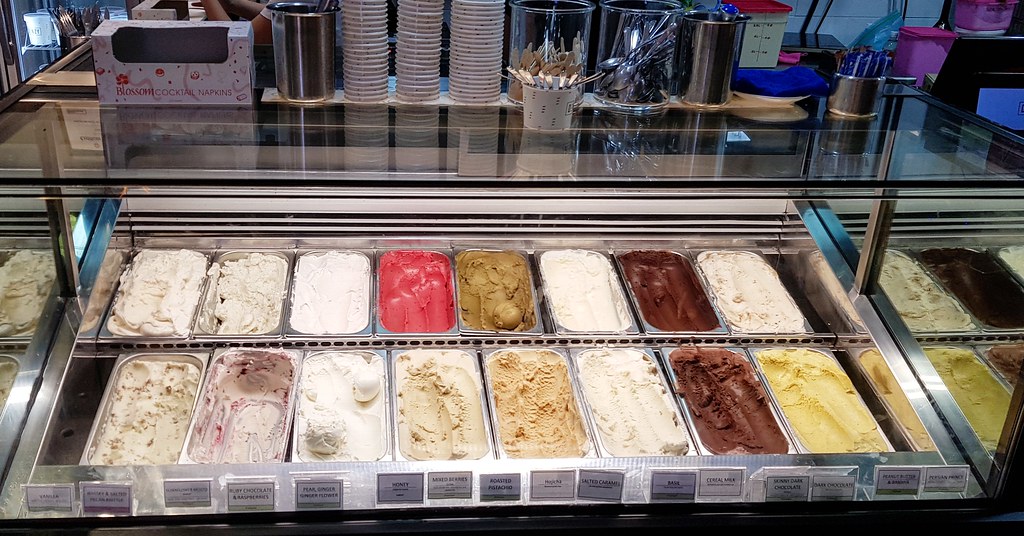 New gelato flavours are invented every week to keep things fresh and exciting, and the exclusive gelato flavours available only at Denzy Gelato promises a unique and unforgettable experience for all who patronise them. Together with waffles, coffee and tea available, it serves as the perfect dessert chill spot.