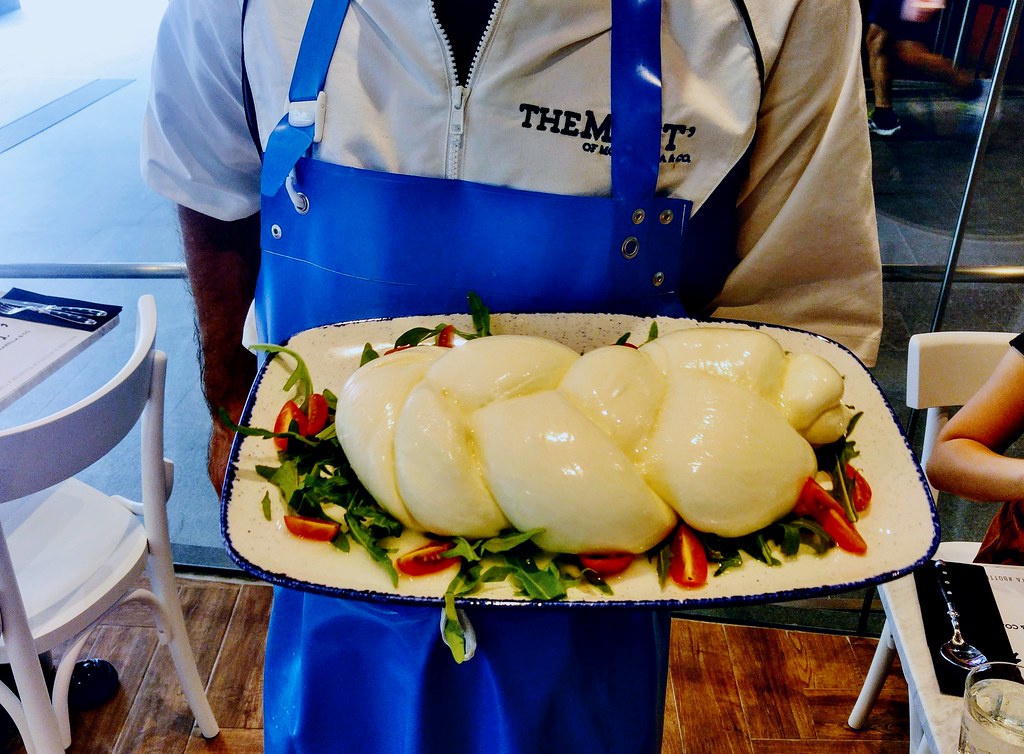 Launched in Rome in 2015, The Mast’ of Mozzarella & Co has recently opened its first Southeast Asian outpost right here in Singapore at Frasers Tower. In Southern Italian dialect, The Mast’ means cheese master, it is a mozzarella bar and restaurant that houses a delicatessen, osteria, bar and its very own onsite cheese production laboratory! Producing fresh mozzarella, burrata and stracciatella on site daily, all that go the dishes on your table, and if those are not enough, you could always buy them over the counter for takeaway. 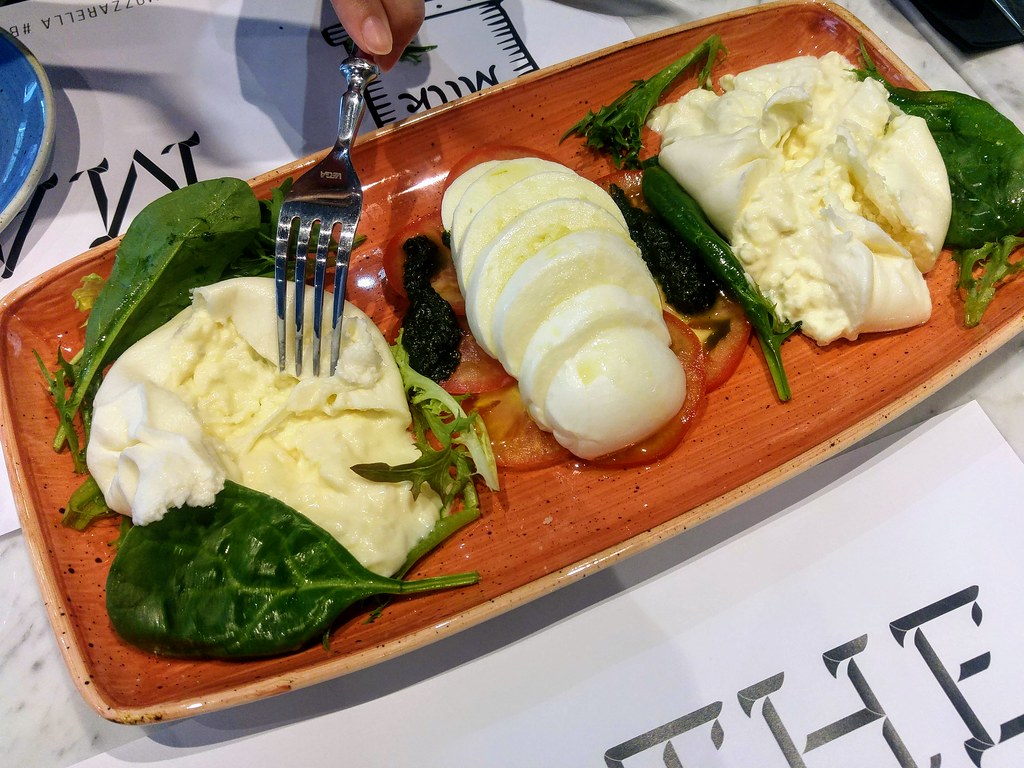 The menu features a spread of antipasti, salads, homemade pastas, pinse and more to highlight the best of their cheese. What would be one of the best preludes to your experience at The Mast is the Tris Di Bufala ($28) that offers Burrata, Mozzarella and Special Burrata. What first came to us looking like freshly steamed baos, the burrata soon unraveled the pillowy and creamy Stracciatella as we sliced them open. The special burrata is mixed with gorgonzola, an extra depth of flavour which I appreciate even more, given its soft and milky profile. What was equally mesmerizing was the crisp Schiacciata Bread that came smelling of fresh herbs, meant to deliver the cheeses into our senses. 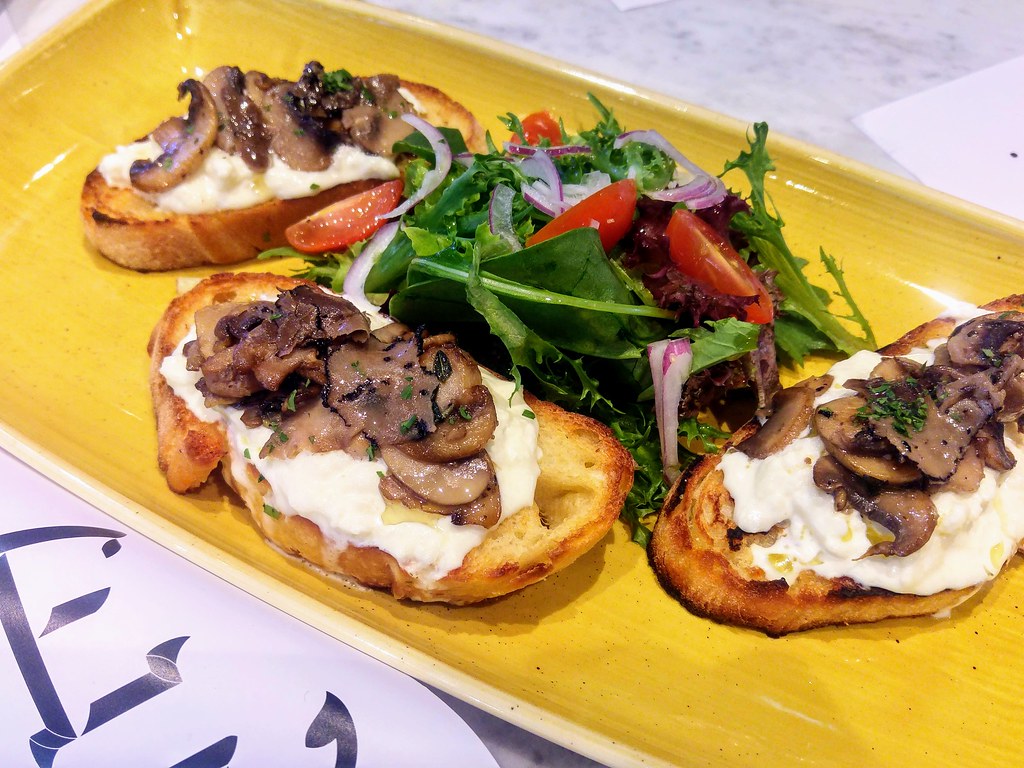 Their Stracciatella is so fresh, creamy but light at the same time, with it as a base or topping, it can basically wipe out all the fattening creams and mayonnaise from your kitchen. Crostini E Fungi ($16) is easily one of many's favourites, with doses of savouriness and textural contrast from the crunchy Altamura toast to bring out the subtle Stracciatella. But I wish there were a dollop more of the creamy Stracciatella to even out spread across the crostini. 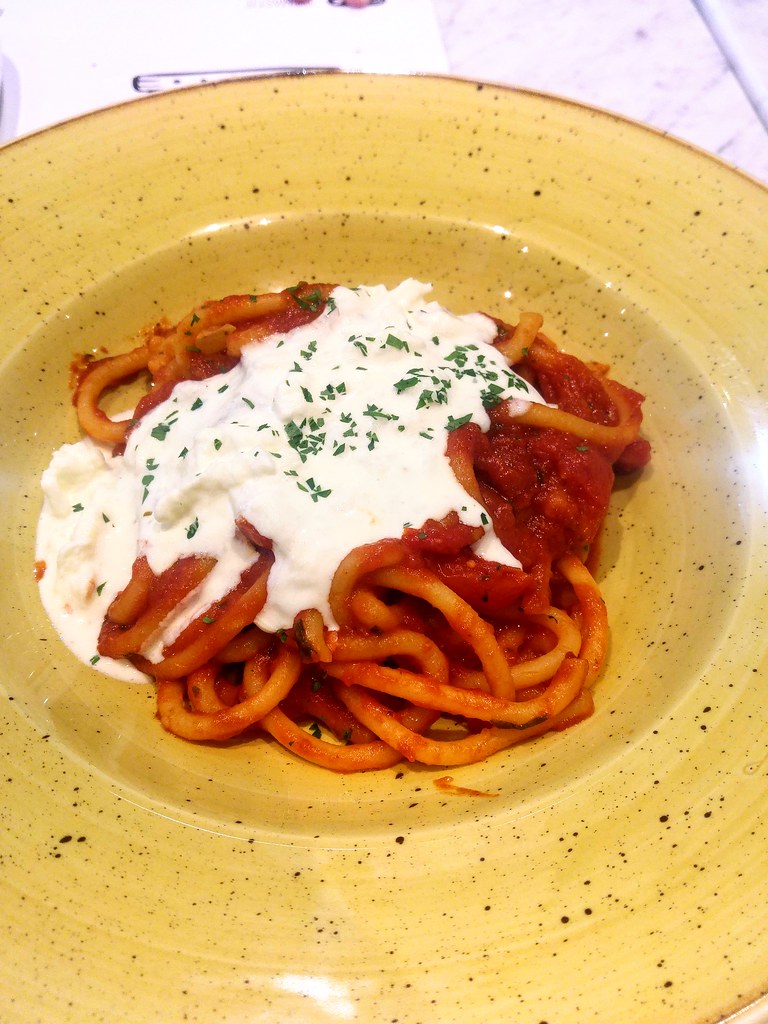 So I got my wish in the homemade Bigoli, tossed simply in in-house tomato Sauce, basil, and a dollop of Stracciatella. This is my favourite pairing in fact, marrying tangy, savoury tomato sauce with the Stracciatella, perhaps much like how you may like salsa and sour cream on your nachos. Hence, I would suggest not to mix all together so as to allow the magic to work in your mouth instead. 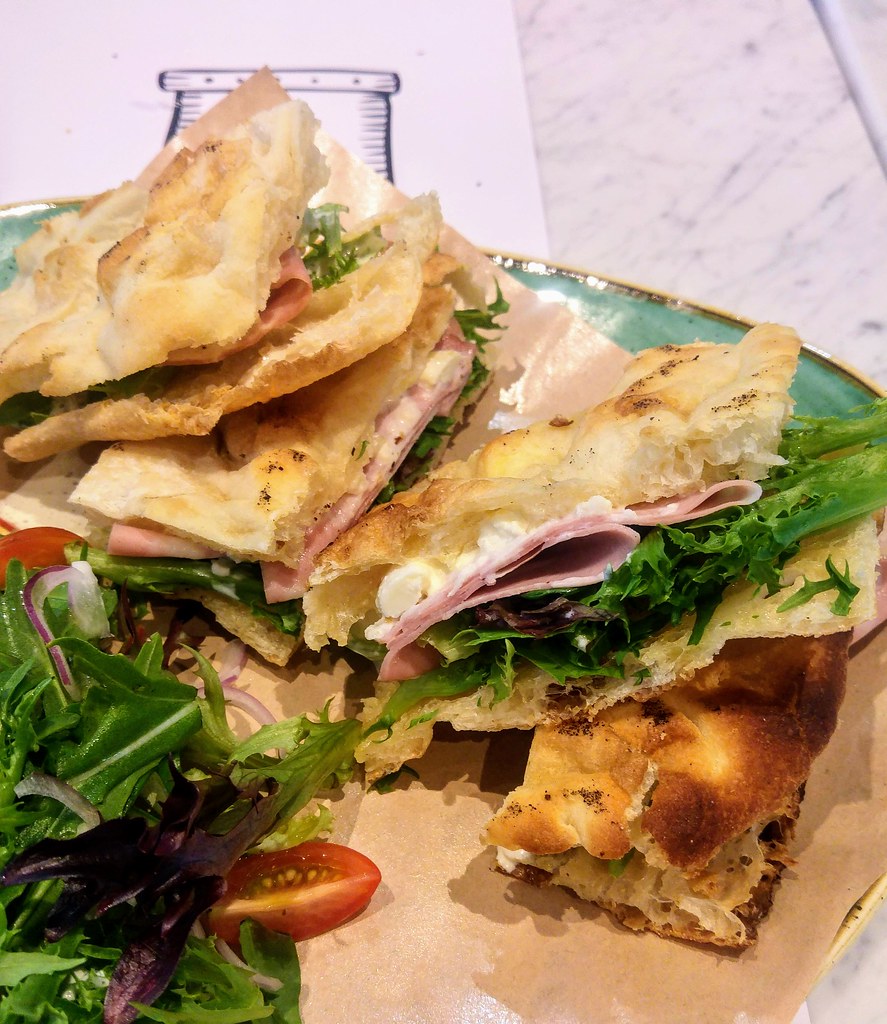 A couple of Rome specialties that you might be keen is the Le Schiacciate, a traditional Roman stuffed bread and Roman flat breads Pinse (akin to pizza). What's good for a light lunch is Mortadella ($18), a Rome version of Ham & Cheese, and a more refined one with mortadella, stracciatella and truffle. 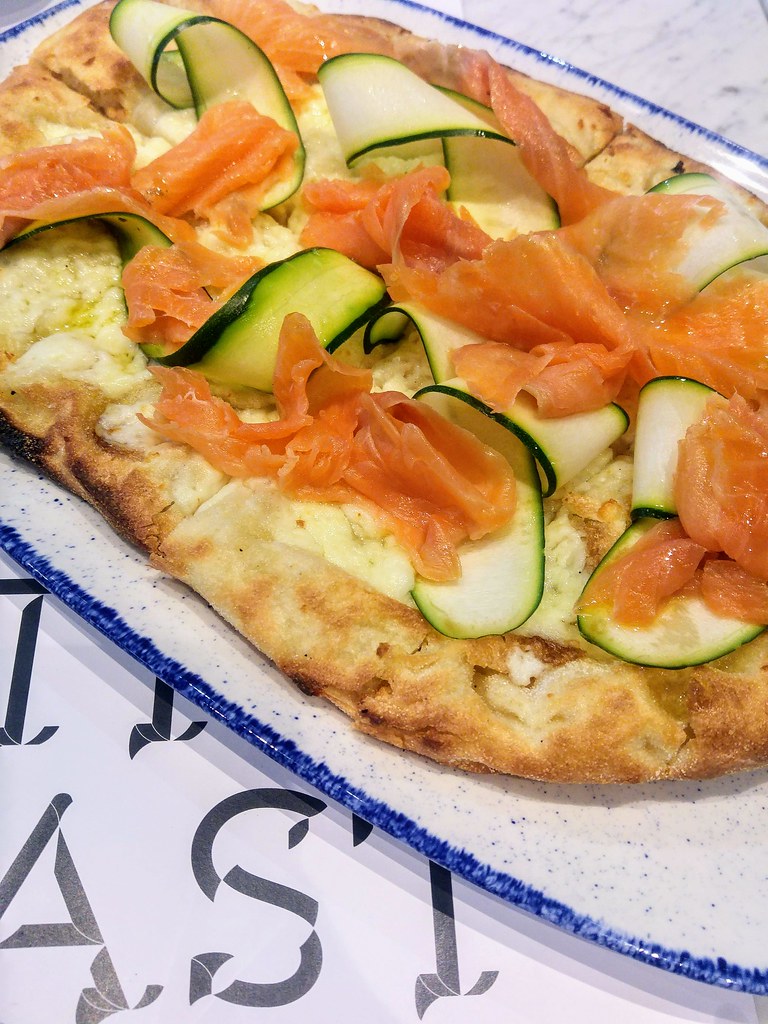 But if you are here to enjoy their cheese and wine with friends, Pinse will be more ideal. We tried Salmone Scozzese E Zucchine Pinse ($18-$22), topped with buffalo mozzarella, smoked salmon, zucchini. The bread and cheese were good, no doubt but after a while, I craved for something much heartier. Even more Zucchini may help. 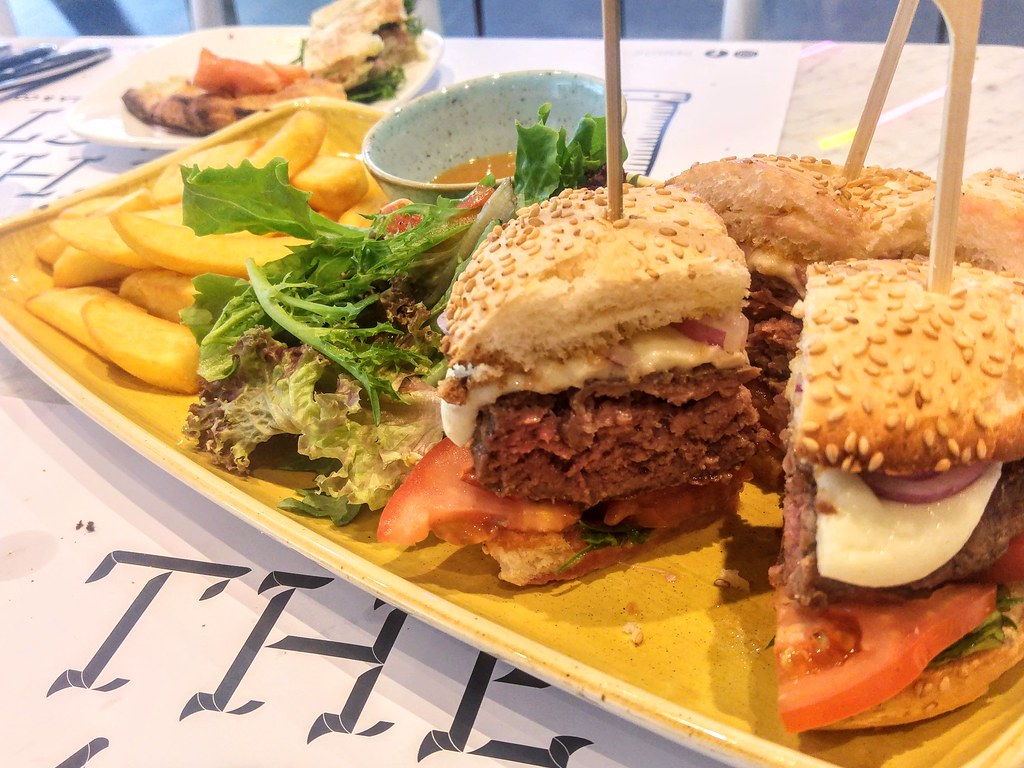 We did have something heavier which was the Campano Burger ($22) - Black Angus patty with Buffalo Mozzarella. The patty was juicy and flavourful. I like the choice of bun too. It was airy with a good crust. However, the dish doesn't quite work in the sense that as a burger, it needs a sharper cheese for a bigger taste profile and for the cheese, it got lost within the burger. 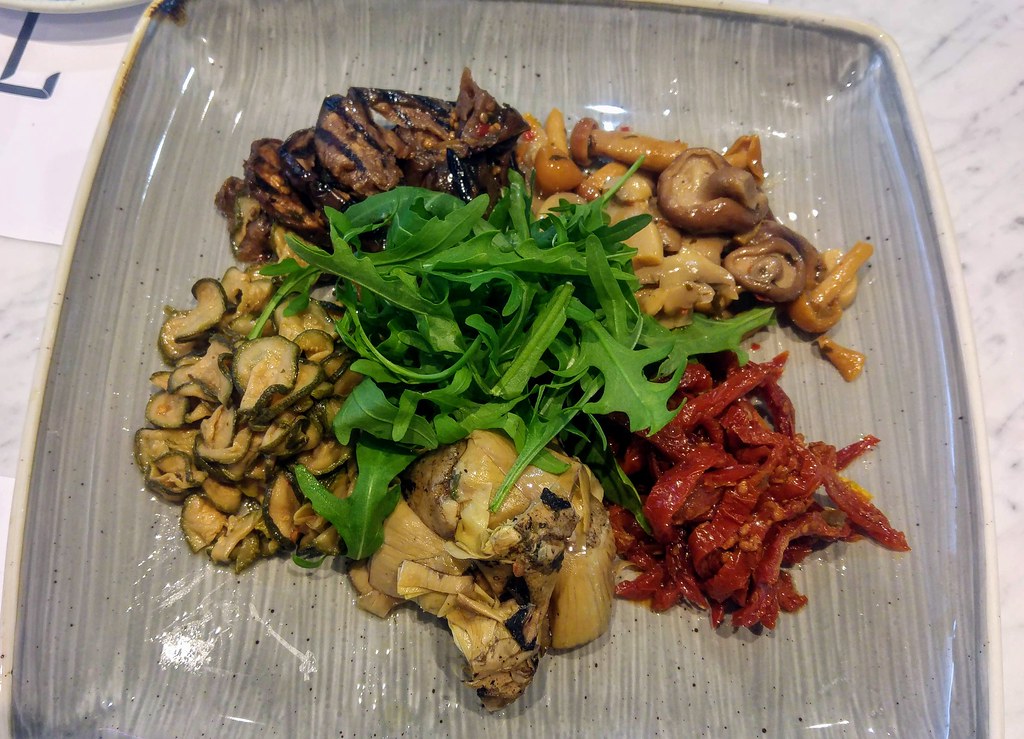 We also had a round of their Verdure Grigliate which can be bought off the shelves as well - Zucchini, Tomatoes, Artichoke, Aubergine, Mushrooms. Unlike some other brands which the preserved vegetables are slightly towards the vinegary side, these managed to retain quite a bit of their natural taste, in particular the grilled aubergine and mushrooms. 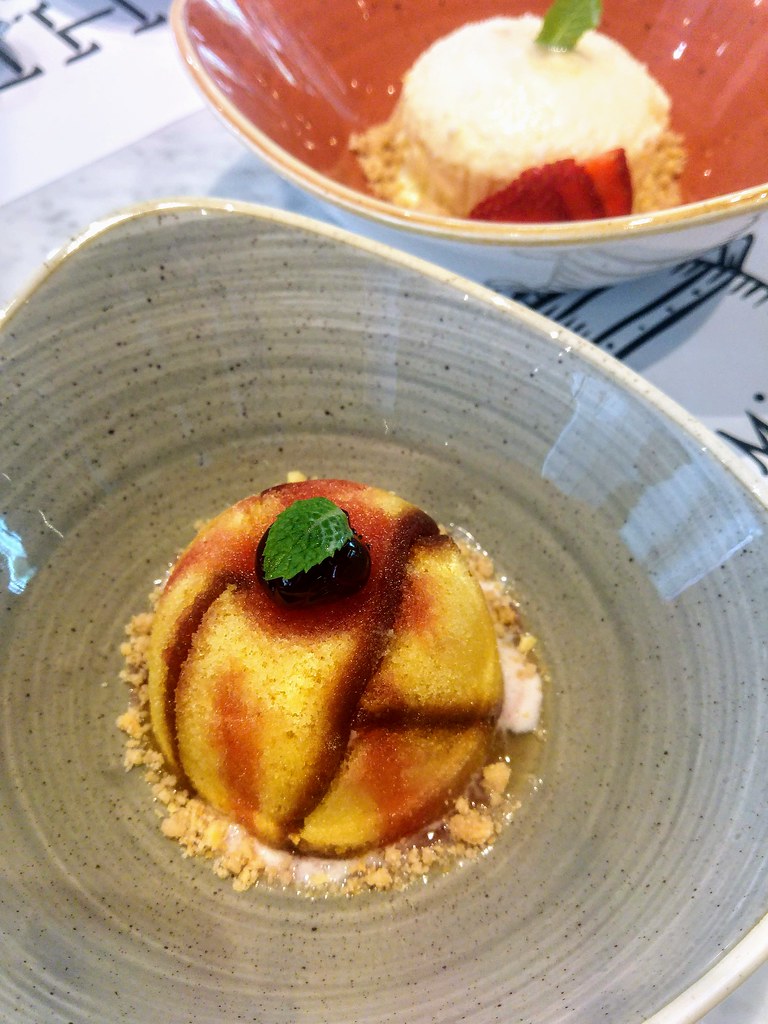 For desserts, I was anticipating for something creative made out of their cheeses. Though that was not fulfilled, the non-cheese desserts were quite satisfying. We had Zuccotto Amerena, a frozen sponge cake with black cherry and vanilla sauce, as well as the Tartufo Bianco, a tartufo sabayon with coffee ice cream and meringue. The first was refreshing with tart cherry, and the latter was pleasing like Tiramisu. Still, nothing would beat if a cheese dessert was served! 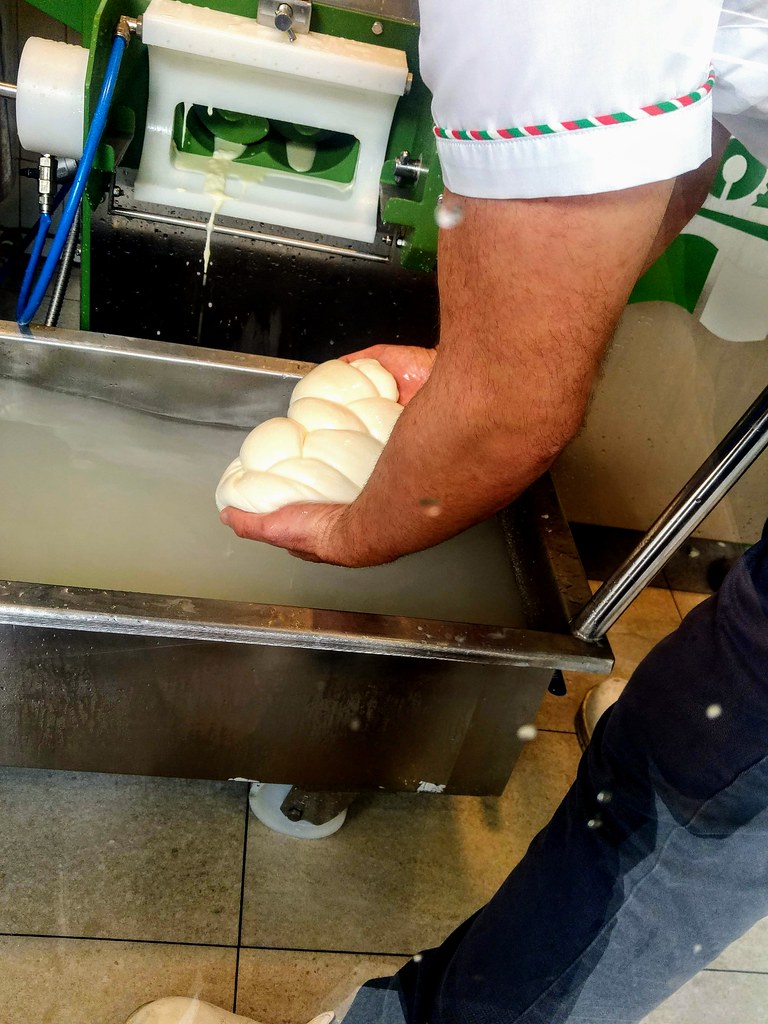 If you are lucky enough, you will catch them in action making the cheeses. All menu items together with 125g portions of homemade mozzarella, stracciatella and burrata are available for takeaway.