House of Happiness @ Simpang Bedok - The Heart Attack Pork Lard With Bacon, Furikake And Onsen Egg Claypot Rice Is To Die For 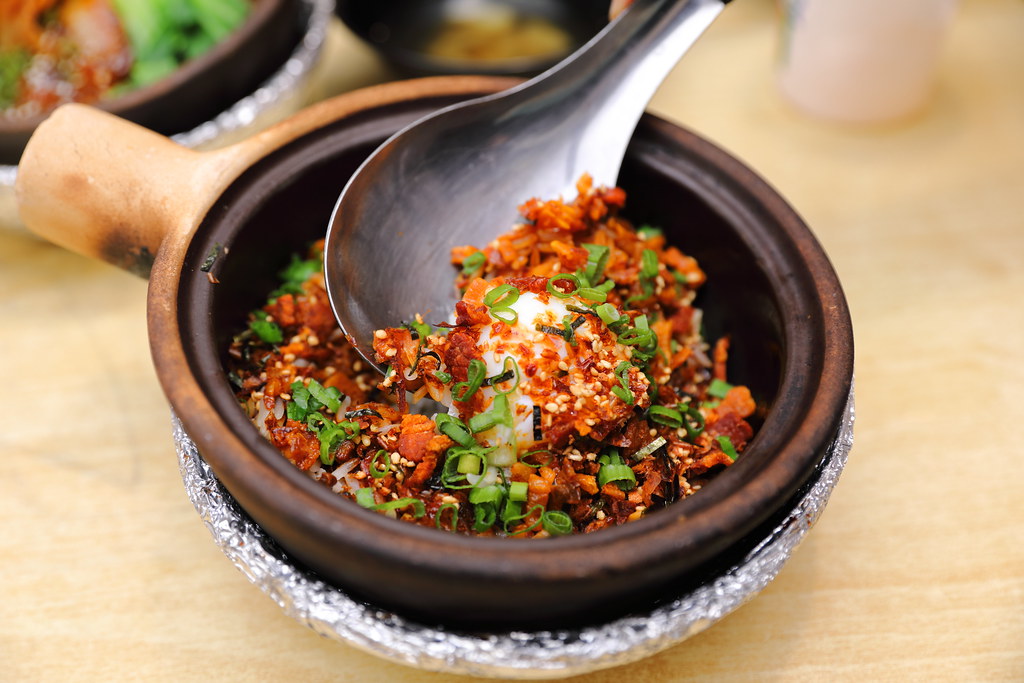 House of Happiness located at Simpang Bedok is a modernized claypot rice concept by the folks behind Mr Lor Bak. Realising that the number of claypot rice stalls were dwindling and customers are not willing to wait for more than 30 minutes for the rice to be cooked from scratch, House of Happiness has developed an unique method to shorten the cooking process as well as doing a part in preserving Singapore's heritage through their interpretation of  claypot rice dishes. 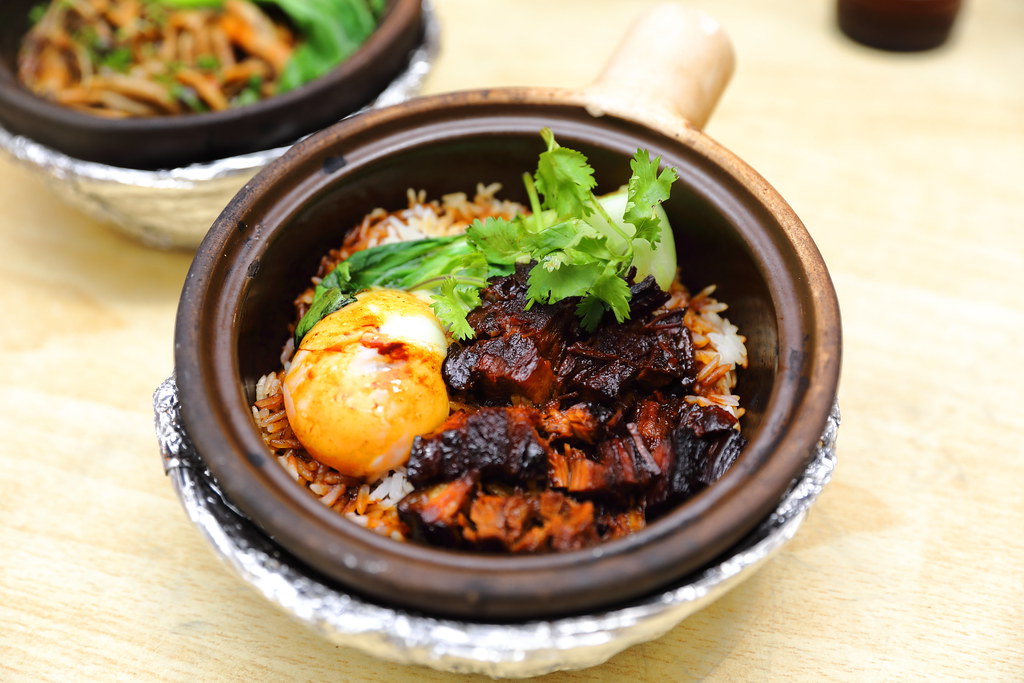 It's inevitable that the signature Lor Bak has to be featured in their claypot rice. This is what made them famous. The Lor Bak with Onsen Egg ($7) is served in an individual claypot which is good for one pax consumption. Having tried their lor bak back at the Ubi outlet, I am glad to say the consistency is still there. For those that have not tried Mr Lor Bak's lor bak before, the braising sauce has a stronger herbal taste with a slight bitterness. 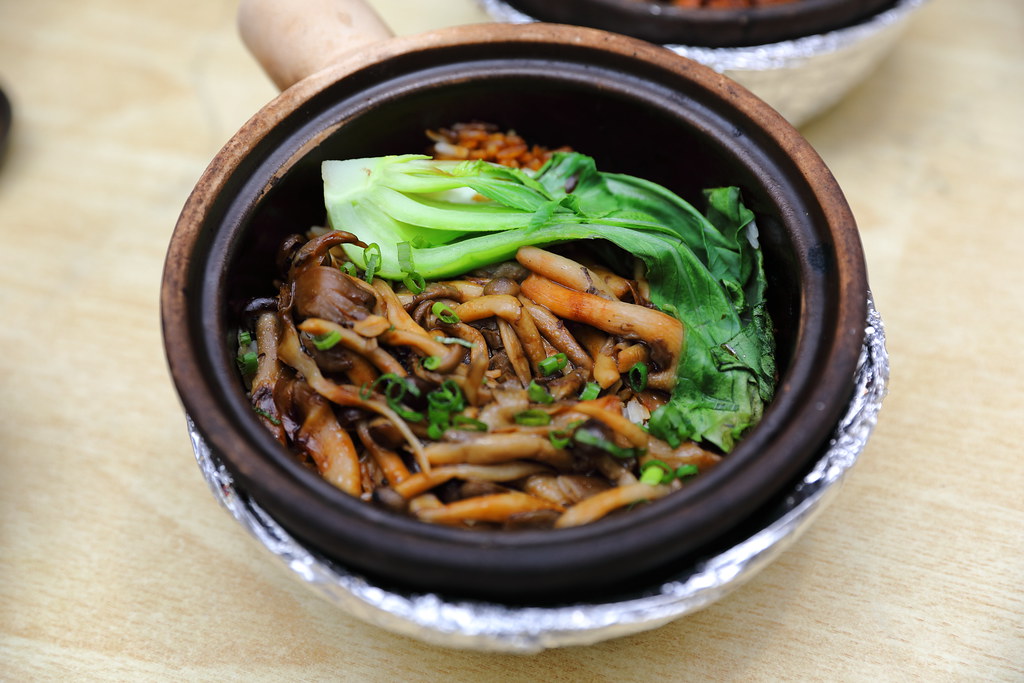 The thoughtful eatery even offers a vegetarian claypot rice in the Assorted Mushrooms with Baby Bok Choy ($7). The natural sweetness from the oyster and shimeji mushrooms, together with the dark sauce made from red bean, shaoxing wine and garlic pairs excellently together with the cooked rice. 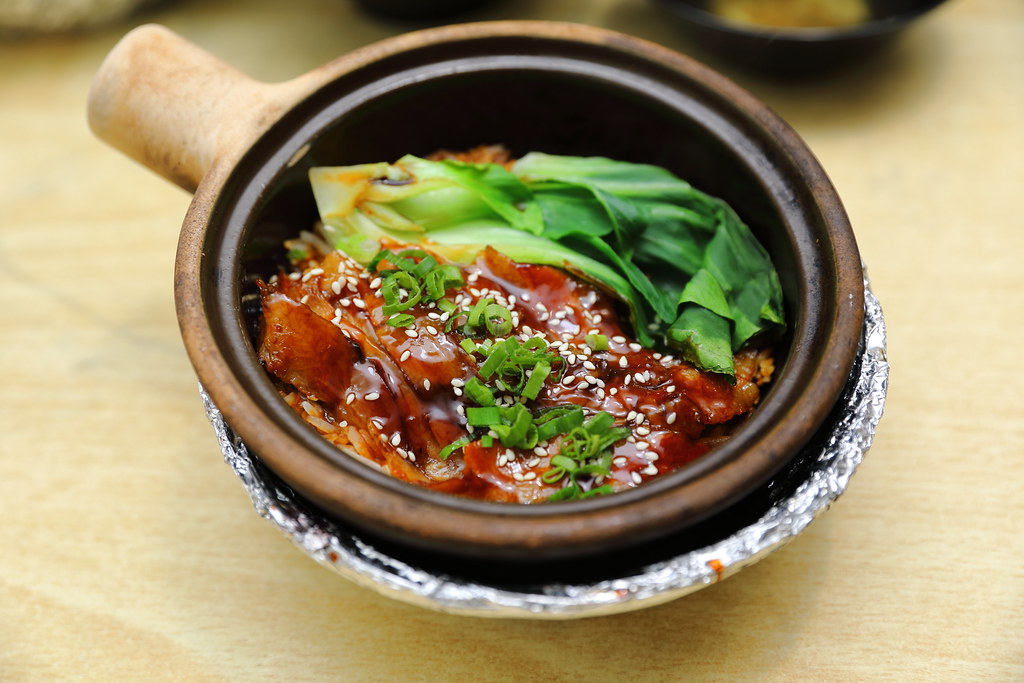 A crowd favourite is the 16 Hour Slow Cooked Teriyaki Pork Jowl ($7) which comes with pork cheek slices that have been sous vide for 16 hours, marinated in teriyaki sauce and pan seared. What I enjoyed is the tender pork jowl that comes with a delightful crunchy bite. 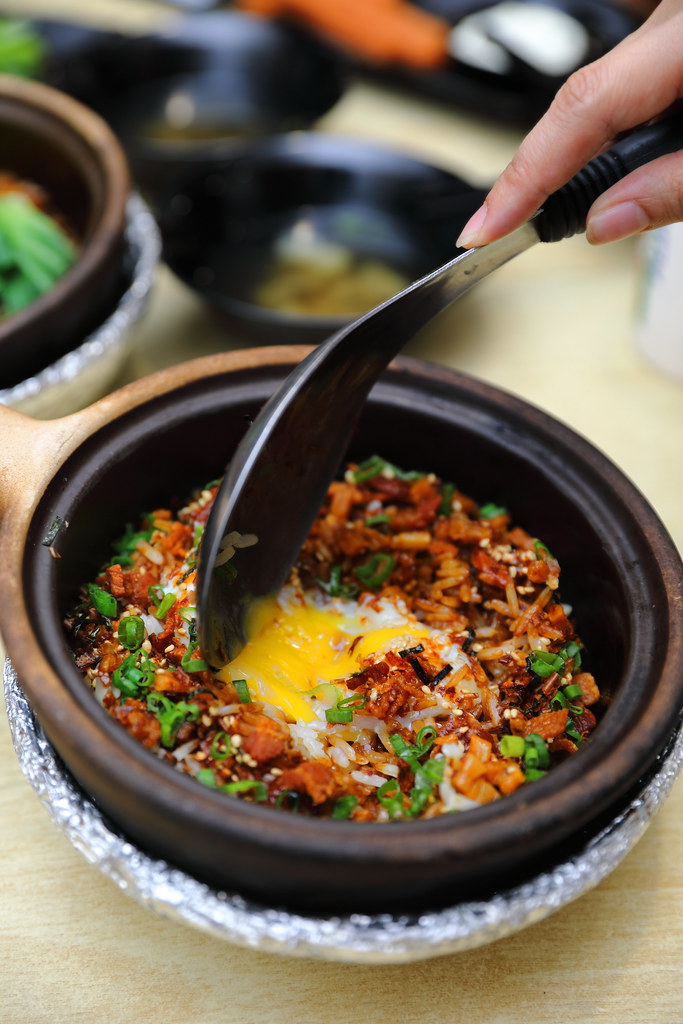 My favourite is the Pork Lard with Bacon, Furikake and Onsen Egg Claypot Rice ($7). The sight of pork lard crowning the claypot rice already made me drool. Every mouthful of this has many beautiful flavours and textures at play which is irresistible not to go back for more. 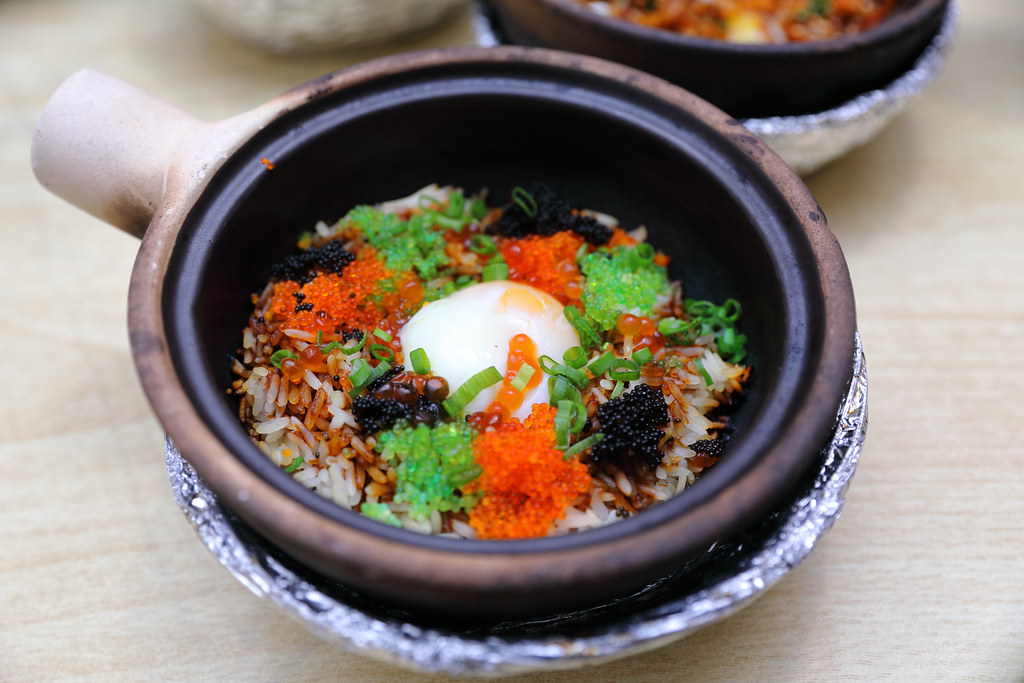 Onsen Egg with Ikura and Toriko 3.8/5

Influenced by the Japanese cuisine is the Onsen Egg with Ikura and Toriko ($11). Besides the vibrant colour and its popping surprises with each mouthful of rice, I find the seafood flavours of the ikura and toriko kind of distorted the balance in flavours. The hipster diners may like it but this is my less favourite. 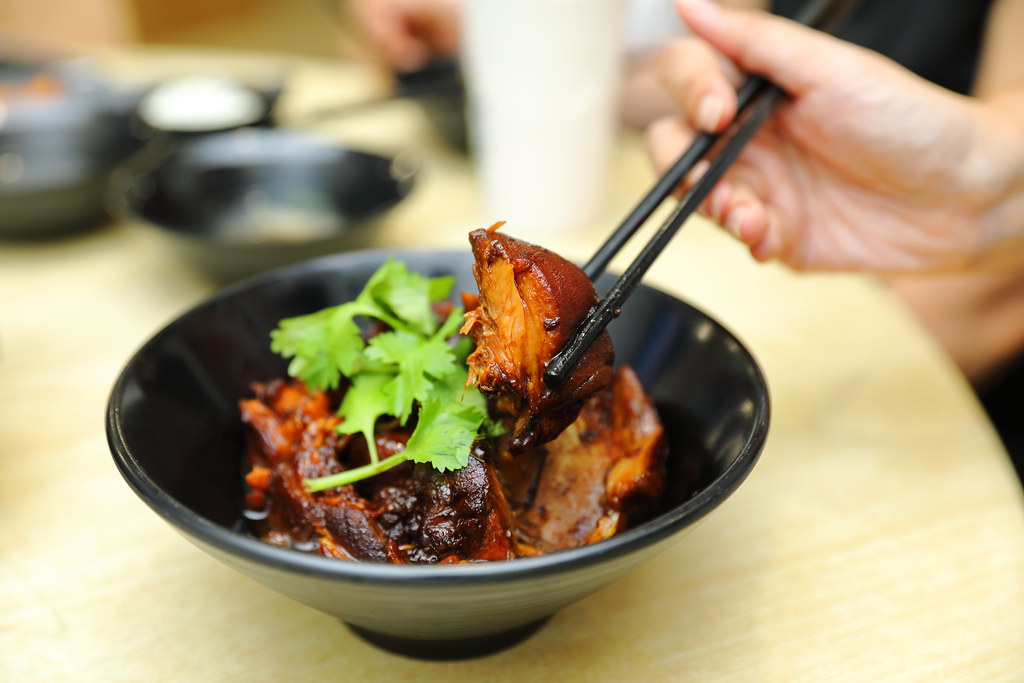 Besides the claypot rice, you may want to order some extra dishes to go along with it. I tried the 12 Hour Braised Pork Trotter ($8) which was both fatty and tender, absorbing the delicious braising sauce. The braising sauce is lighter and sweeter compare to the lor bak.

I like the claypot rice concept by House of Happiness. I think they have injected something new to a heritage dish, giving it a new lease of life to capture the appetite of the new generation as well as giving the old generation something new to try but not forgetting the fundamental of a good pot of rice.