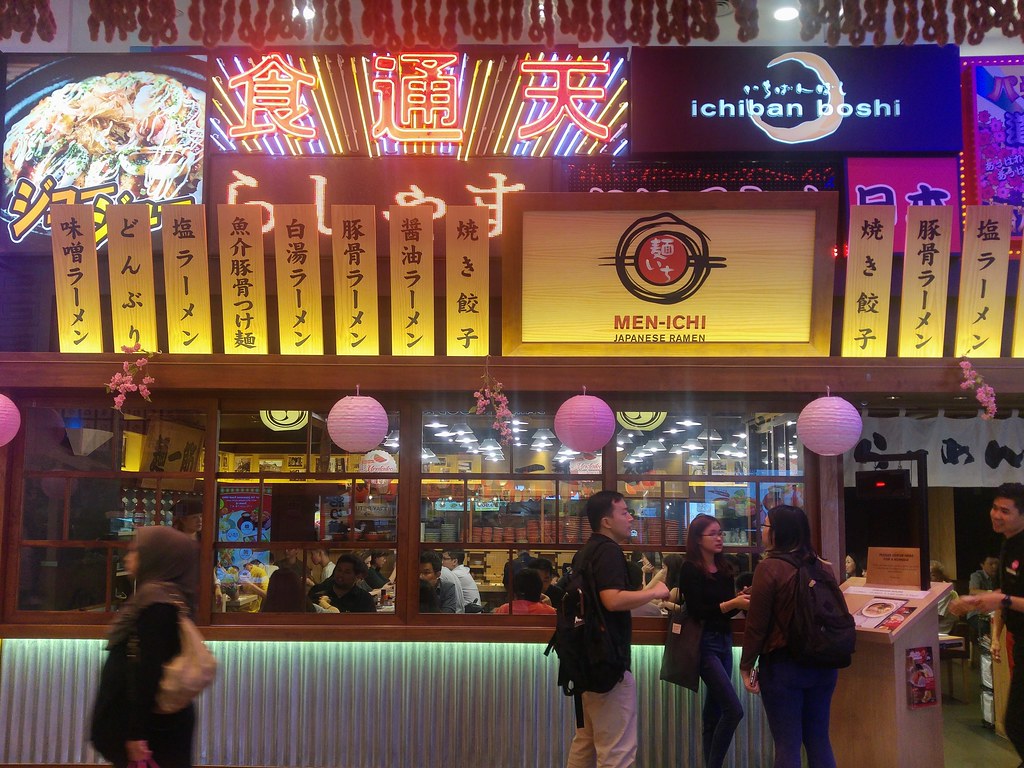 RE&S, the team who bring you your popular Japanese cuisine concepts such as Ichiban Boshi, Kuisin Bo, Kuriya, celebrates their 30th anniversary with Mentaiko Madness! Men-ichi Japanese Ramen and Kabe No Ana are the two out of its four restaurants concepts that will be running this special promotion. 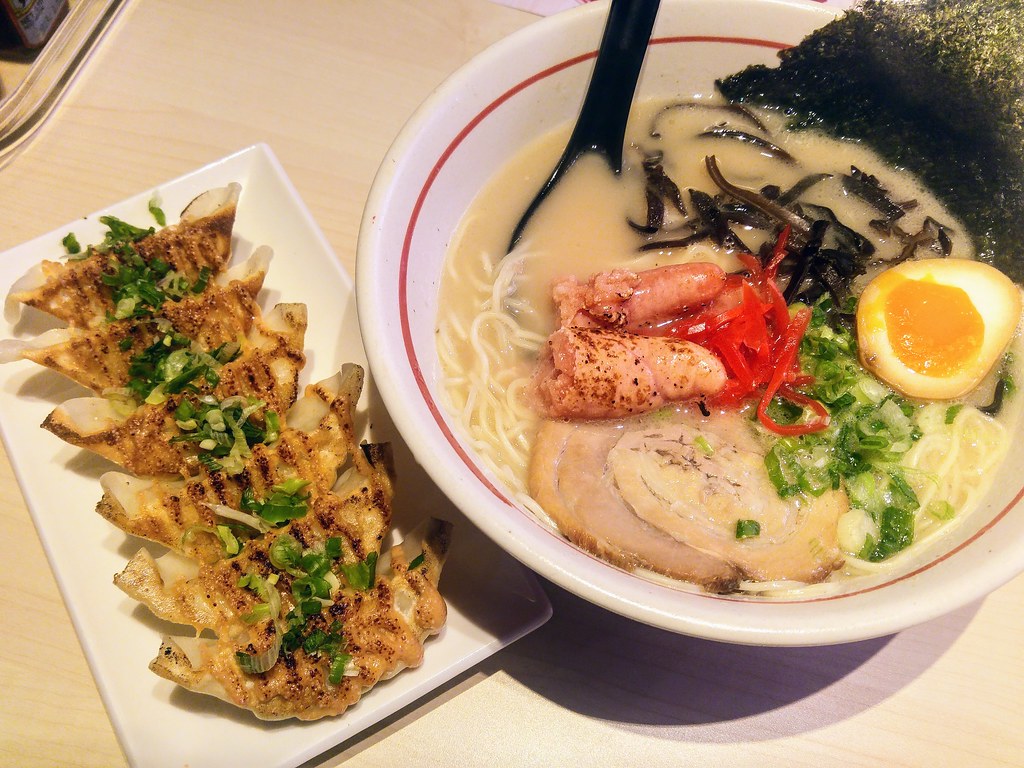 From now till 4 June at Men-ichi Japanese Ramen, enjoy a bowl of collagen rich tonkotsu soup with mentaiko served as a whole. The commonly known versions of menatiko dishes often present mentaiko in the form of cream sauce, mayo drizzle etc, it is really the traditional way of serving it that allows one to appreciate the deep umami taste of mentaiko which I have learnt during my trip to Fukuoka. At only $14.90, I thought this Hakata Mentaiko Tonkotsu Ramen is quite decently priced, considering the rest of the regular dishes are priced within the same range. 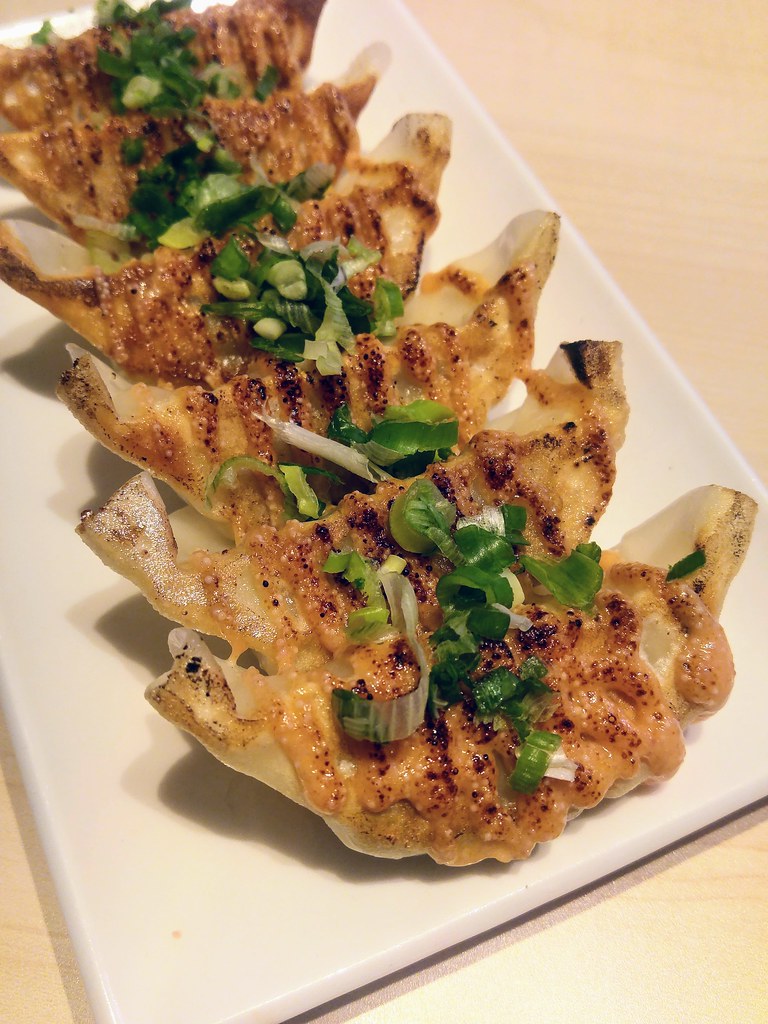 Don't miss out the Mentai Mayo Gyoza ($6.90) - chicken gyoza drizzled with mentai mayo. Though it is back to a mayo form, that deep umami flavour of mentaiko is still quite pronounced. 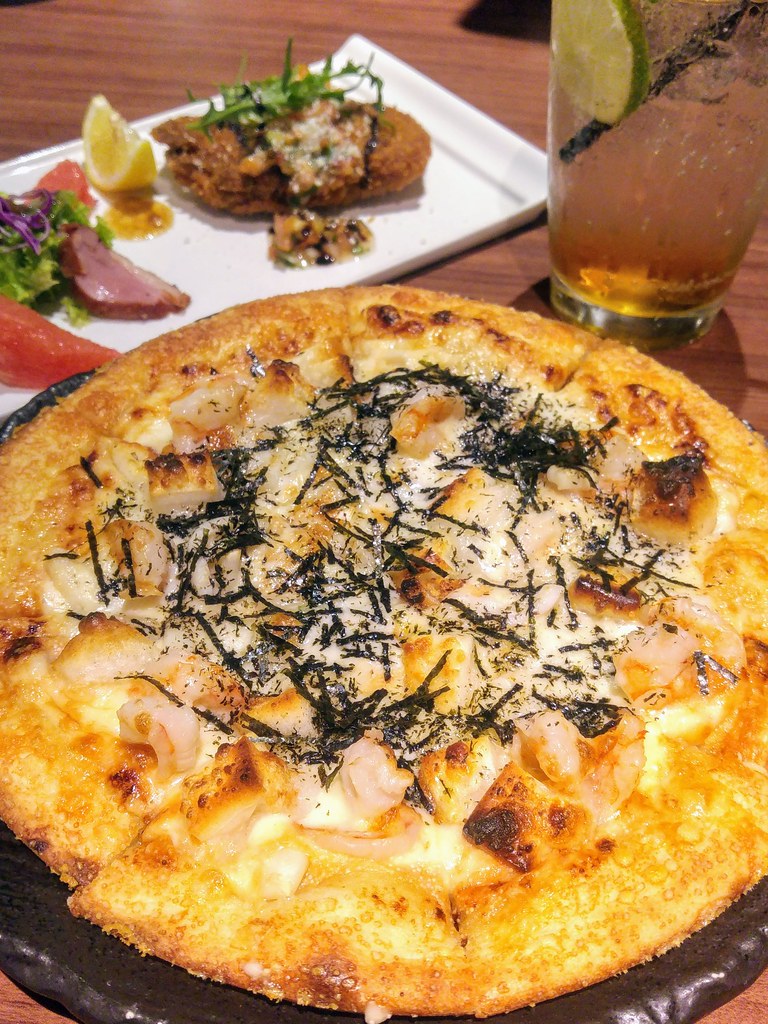 Do you know that Kabe no Ana is the creator behind the origina mentaiko spaghetti? And for this occasion, out came another four new mentaiko creations, of which are Mochi Mentaiko Pizza ($16.90) and Mentaiko Gnocchi set ($22.90). What I like about the pizza is the use of toppings that really get your jaw going - Chewy Japanese mochi, squid and succulent prawns. 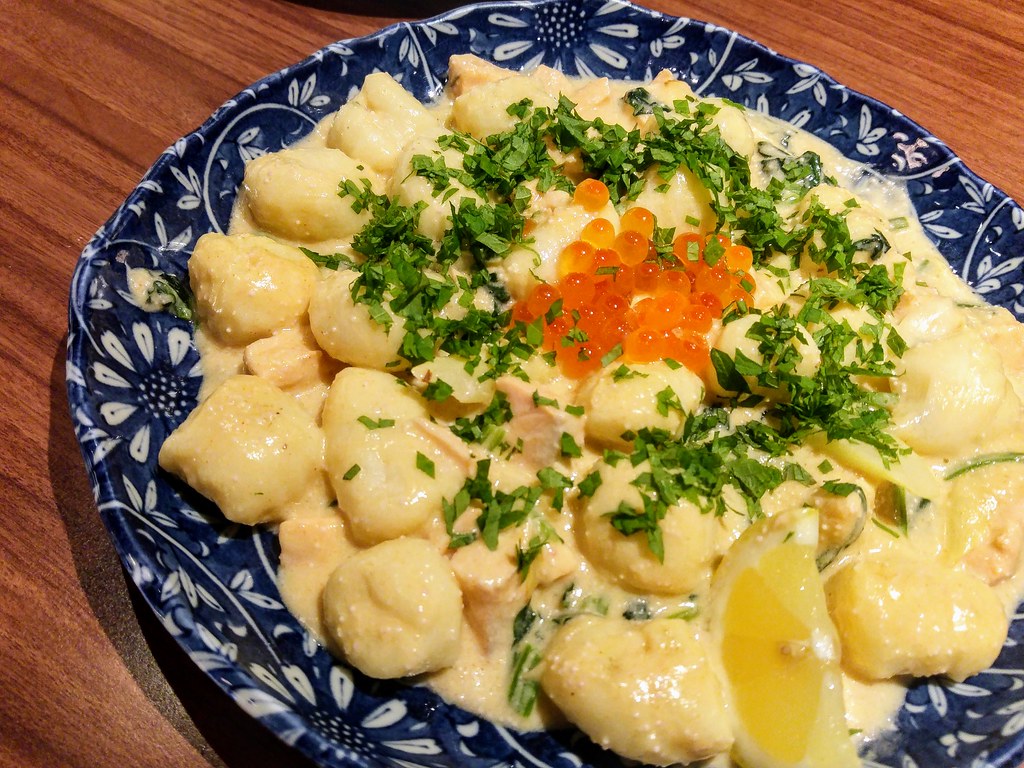 The Gnocchi dish really surprises me, given the fact that it is not a true blue Italian place. The pillows of gnocchi are light and fluffy, with a very slight stretchy texture. The mentaiko spinach cream sauce isn't too creamy and the perilla leaves brightens up the dish and gives its flavour a lift with its sharp, minty nuances. A truly enjoyable dish as you get a bit of everything in one spoonful - the pillowy gnocchi coated with mentaiko sauce, the succulent salmon cubes, ikura. 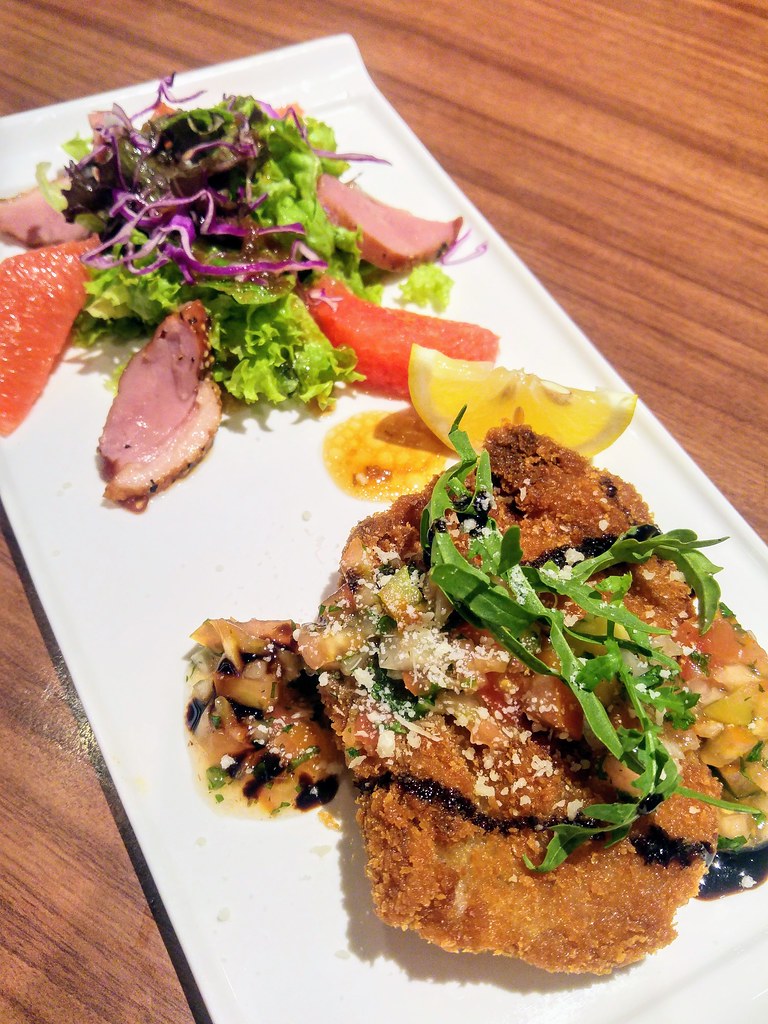 Each set comes with 2 appetisers, Iberico Pork with Tomato Salsa & Rocket Arugla, and Smoked Duck & Grapefruit Salad, as well as a Ume Spakrling Soda, available from now till 2 July. As some of you may find the mentaiko in its original state an acquired taste, these Japanese-Italian creations will be suitable to have with friends and loved ones. 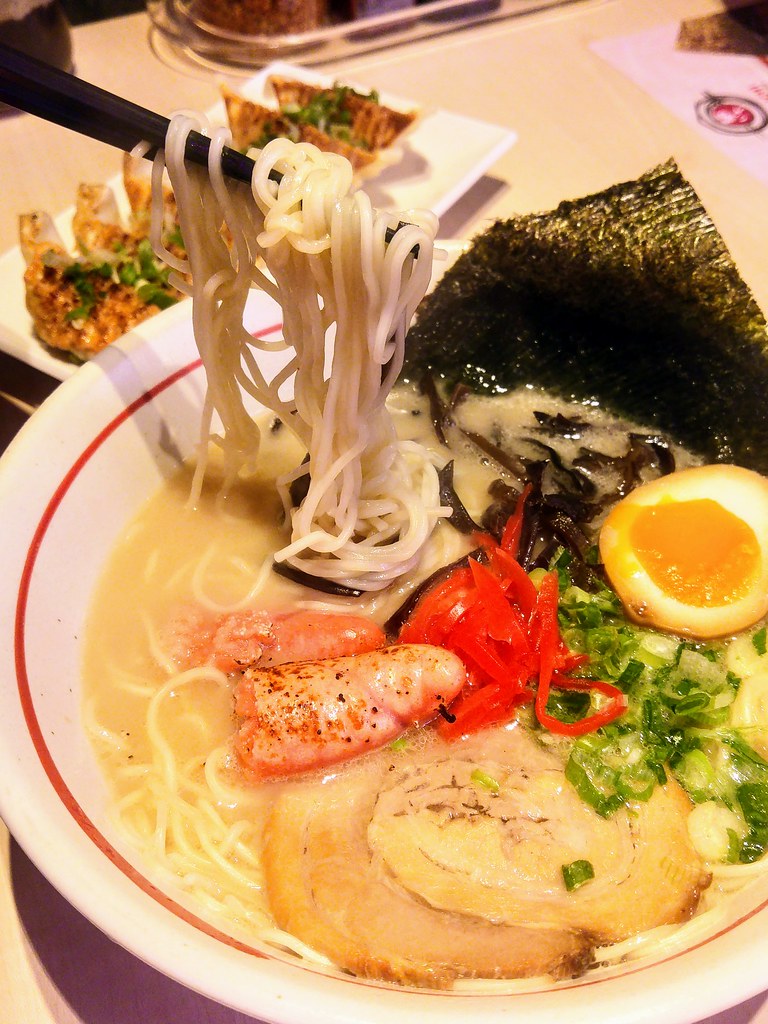 If you are a mentaiko fans, do check out Tokyo Eater Pop-Up Store at Nex or Ichiban Sushi for more Mentaiko Madness. My preference still goes to the ramen as it allows me to savour the entire hunk of mentaiko as such dishes ain't readily available elsewhere.

Photograph and words by Si An. A girl who is allured by travelling, loves the feel of freedom, smell of the rain and the aroma of fine coffee and food.