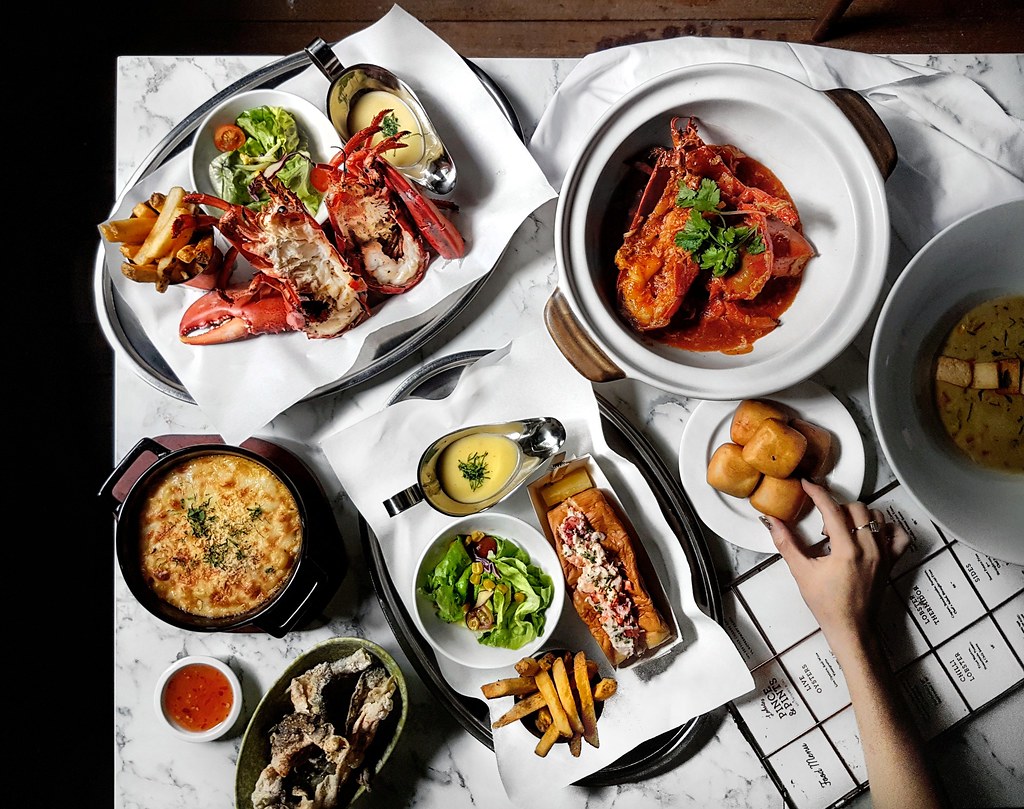 Pince & Pints. A name that invariably comes to mind when I ponder over a place to get that lobster craving fixed. Reputed as one of the best lobster restaurants in Singapore, its popularity with the first outlet opened in 2014 along Duxton Road is pretty evident with its infamous snaking long queues and no reservations policy. Food consistency and attentive service still holds despite years into its operations. The talk of the town - that got all the seafood lovers flocking to this happening lobster joint. Food so good, the 'hype' over its lobster rolls never really dies down. 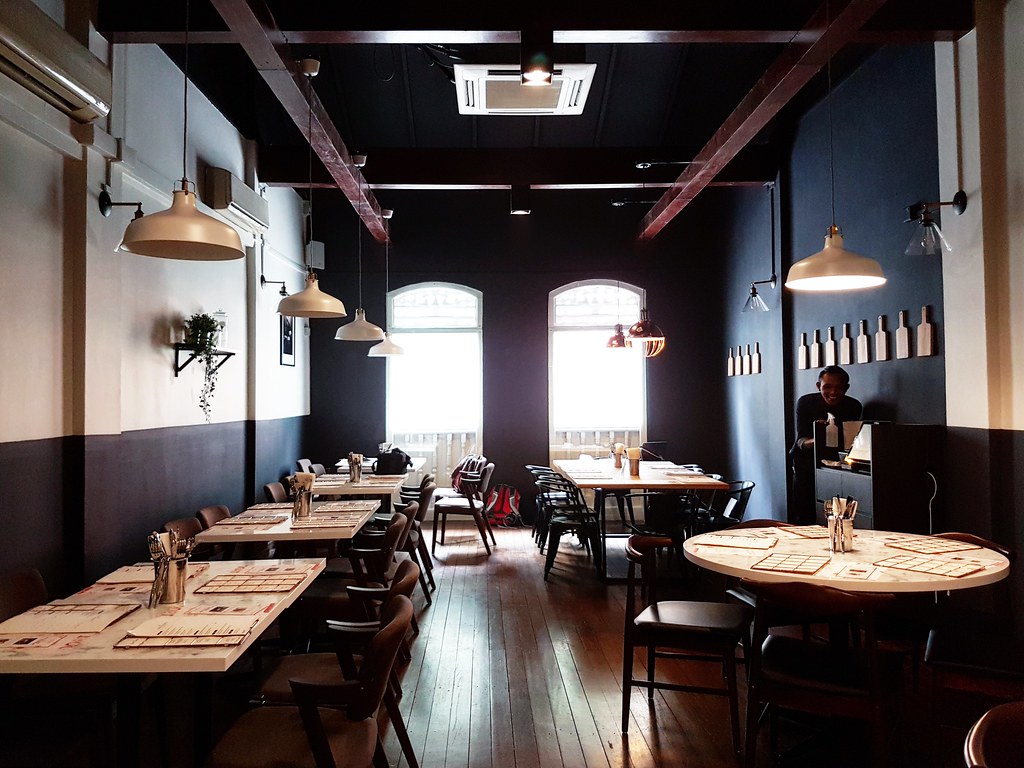 Following the success with its first and second outlet (in KL), the much-anticipated third outlet is opened today, 16 October 2017. This 60-seater restaurant is nestled along the charming, heritage-rich streets of Katong, located conveniently just across the Katong 112 mall. Owner Frederick Yap imports delicious seafood decadence from North America to his restaurant - Air-flown live and direct from the Alantic Coast to the storage tanks at Pince & Pints all within 3 days, the wild caught lobsters are so deftly handled that they might be tricked into thinking that they are still swimming in the waters on the other side of the world. The importing process takes place 2-3 times a week depending on demand, and no lobster is allowed to stay in the restaurant for over a week. This guarantees the freshness and quality of the lobsters served at the customers' tables. 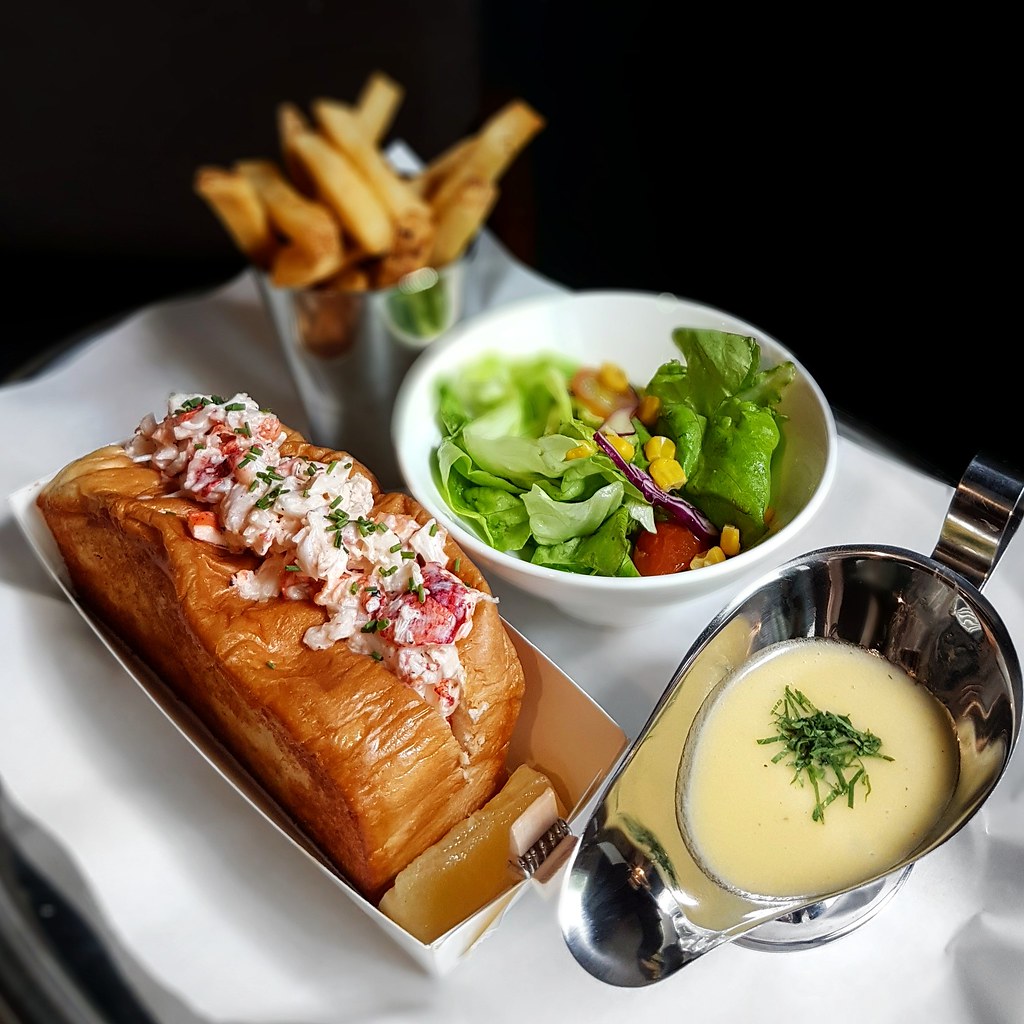 Similar to its flagship outlet, the menu may not be be extensive. It consists of a few main dishes such as the Live Whole Lobster, Chilli Lobster and the Lobster Roll. It gravitates towards a strong emphasis on quality ingredients used and ensuring the finest execution on each of its dishes. Expect two new additions to its menu as well - The Lobster Burger with a lobster patty in the middle, served with sweet potato fries and 3 housemade sauces, and The Lobster Noodles to cater to the local’s palate, with its wok fried egg noodles, generous chunks of shell-on lobster served with housemade sambal and chili oil for that extra shiok-ness. 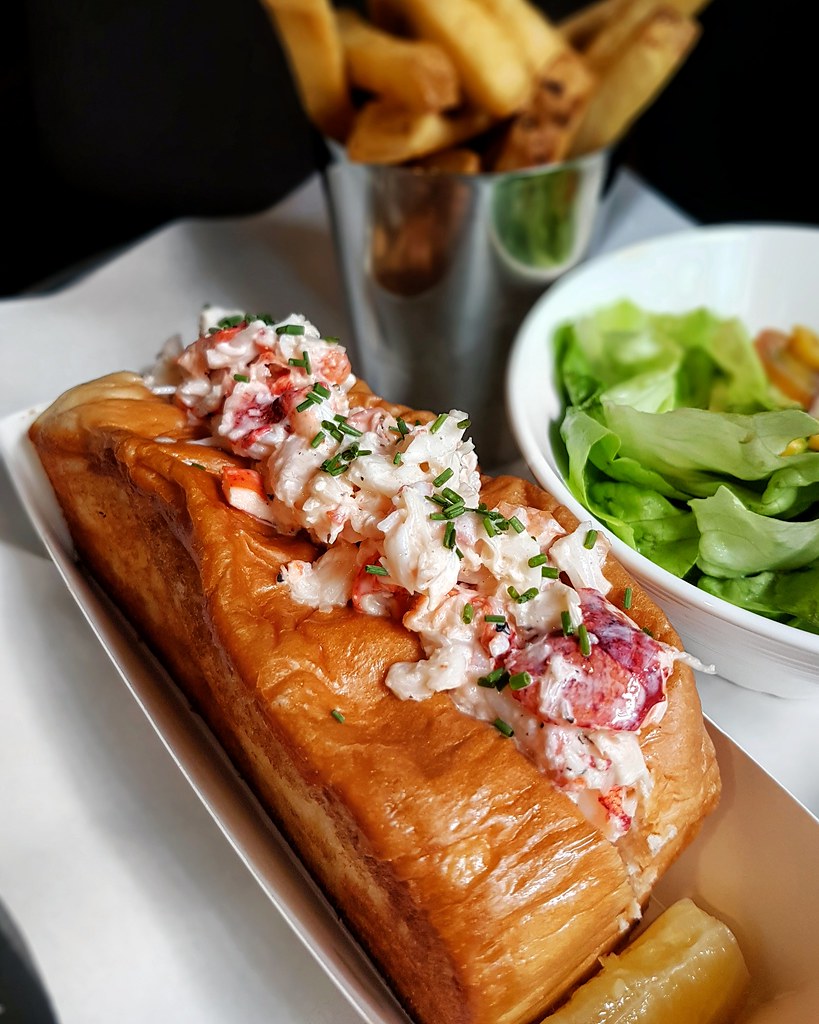 I must say - This is my favourite item on the menu. The Lobster Roll ($58) comes in a buttery hotdog bun, stuffed to the brim with a generous amount of lobster meat and a side of chef's salad, straightcut fries and garlic aioli. The bread roll, butter-soaked and pan-fried golden has a slightly toasted crisp exterior while being irresistibly soft and fluffy inside, exuding a buttery fragrance when biten into. The hearty chunks of lobster meat, on the other hand are steamed and tossed in mayo, salt and pepper. It boasts a bouncy texture and you can taste the juiciness and freshness of the seafood. It is totes satisfying when eaten with the warm fluffy bread roll. That said, this is one of the best lobster rolls I had. I will definitely return to have this anytime again. 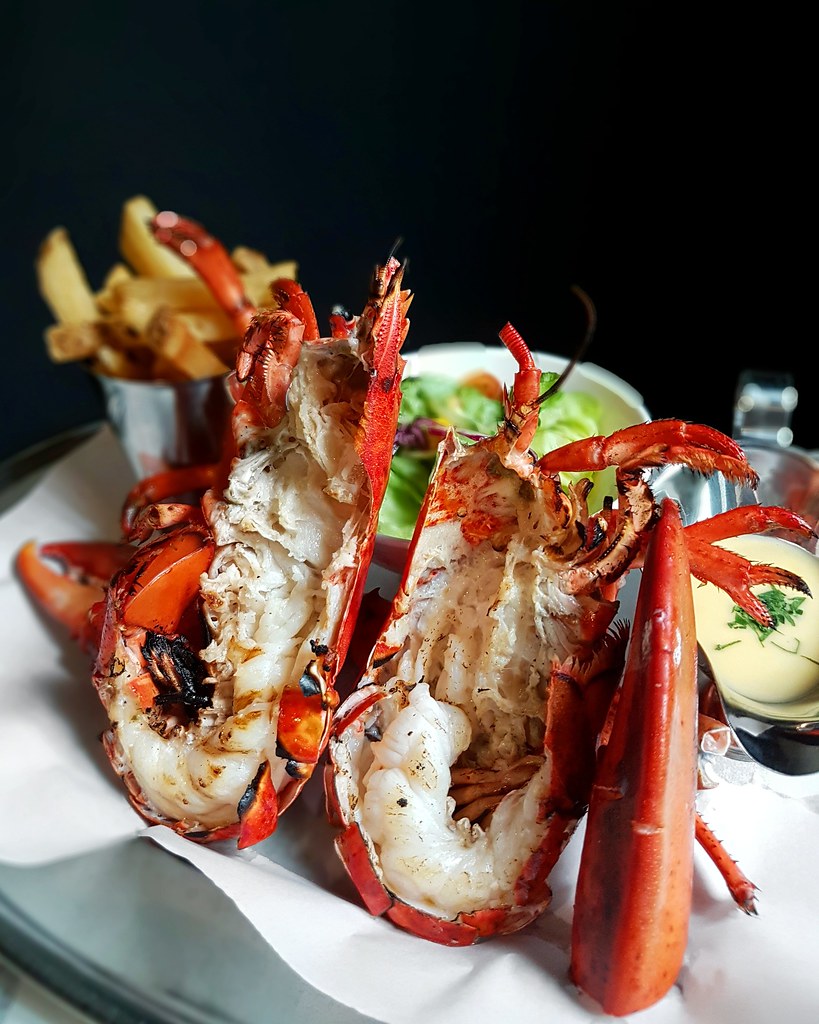 The Live Whole Lobster ($58) is served with a choice of either grilled or steamed versions and comes with a side of chef’s salad, straightcut fries and butter sauce. I had the grilled version of the dish and it did not disappoint. Fresh and well-grilled, it is straightforward dish recommended for a full appreciation of the natural sweetness and freshness of the lobsters. Though it might be a tad bland on its own, the pairing of the butter sauce served alongside imparts a richer flavour to the dish which I really enjoyed. 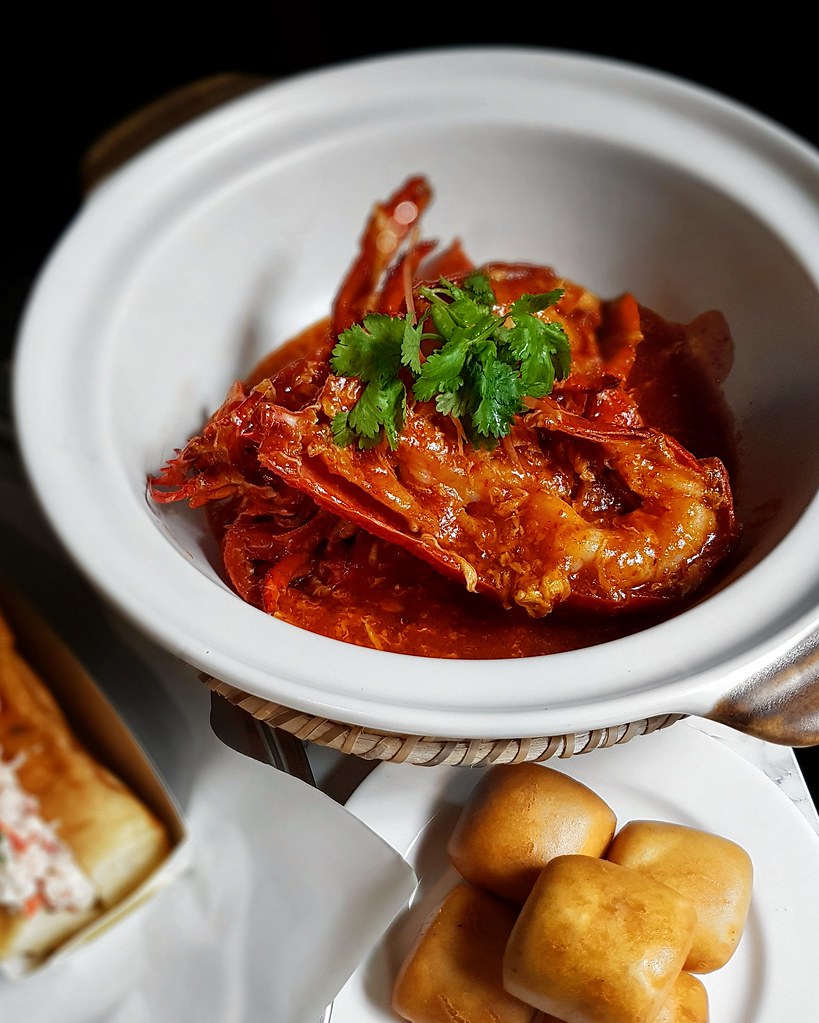 To cater to the Singaporean’s palate, The Chilli Lobster ($58) comes with a side of 5 small fried mantous, nicely fried to a golden brown, with the lobsters soaked in a bowl of chilli sauce. The lobster meat is no doubt sublime – firm, succulent and fresh. While the sauce leans towards a sweeter taste with just a hint of spiciness. Dip those fluffy mantous into the sauce, and well, it gives me immense satisfaction sweeping the bowl clean with it. 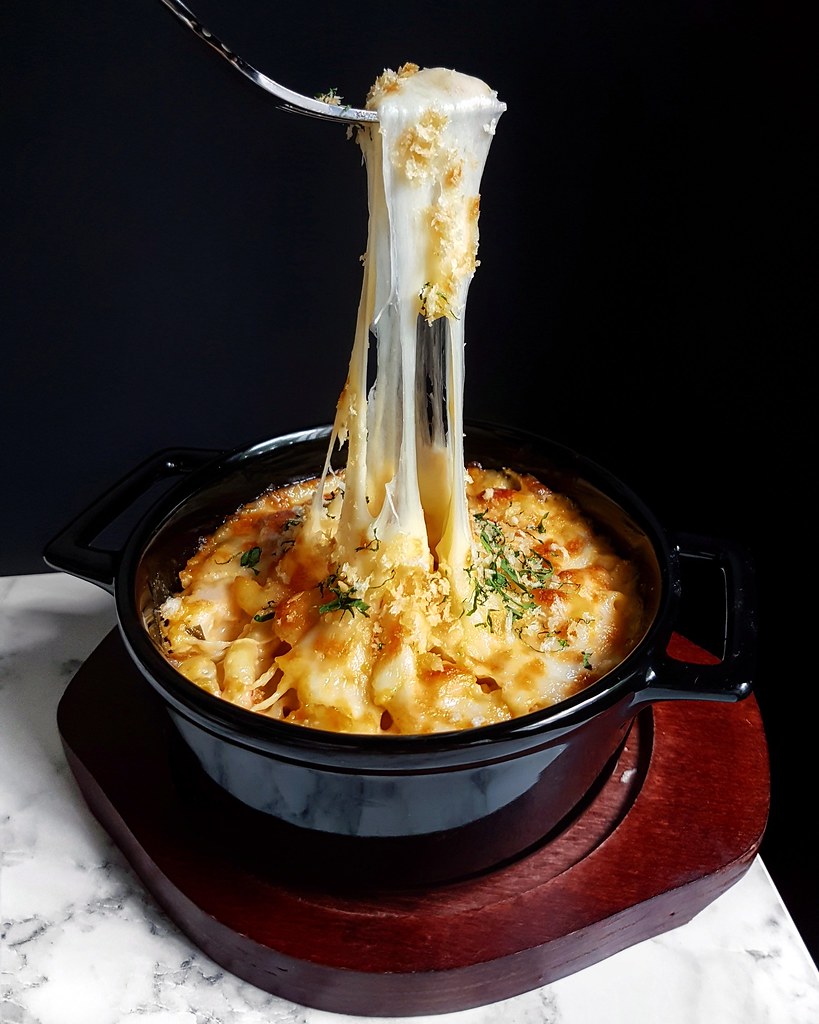 The Lobster Mac & Cheese ($29) is categorised under side dishes on the menu but it feels more like a main course instead. This dish consists of elbow pasta, lobster meat, mozzarella cheese, and cognac. The cheesiness is not too watered down nor overpowering. It is done just perfect, gooey, and satisfying with bits of fresh lobster meat in between bites. A well-executed variation of the Mac & Cheese dish overall that I am really impressed with. 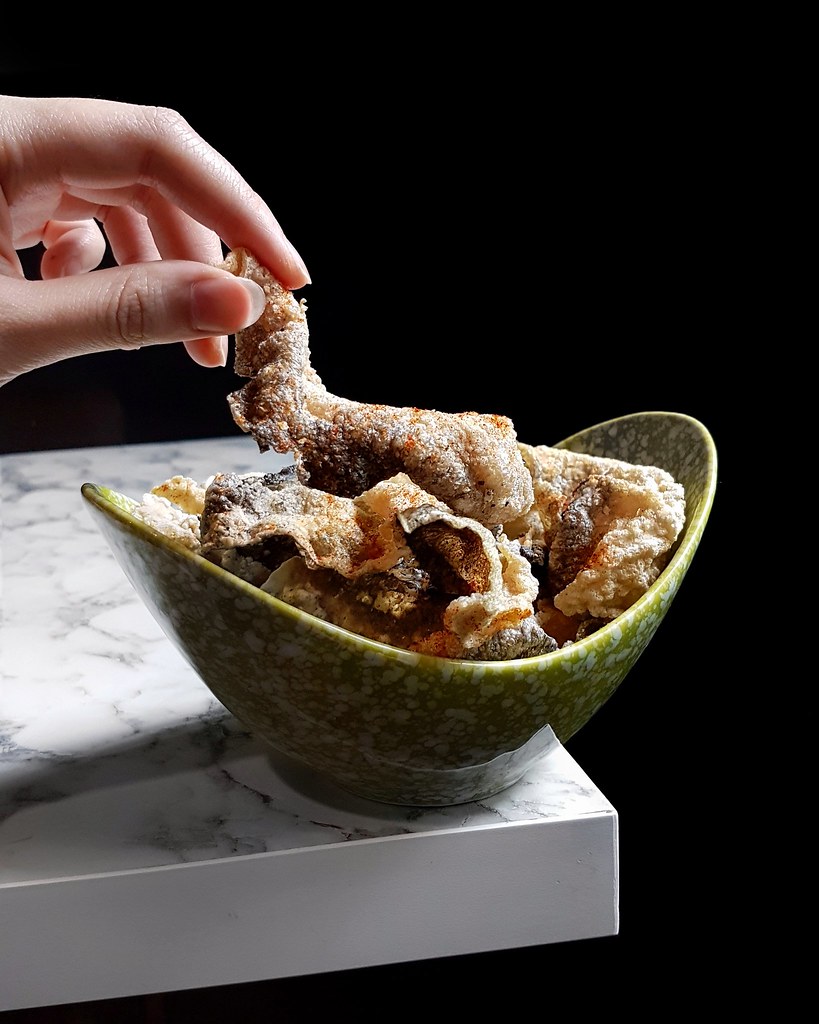 Another side dish I had was the Crispy Fish Skin ($10++). It arrives in a small bowl of fried fish skin pieces and sweet thai chilli sauce for dipping. Although it is crunchy and gets pretty addictive after a while, the taste of the fish skin fell flat on its own and is only slightly lifted when paired with the sweet chilli sauce.

The high price point of the lobster rolls may set one back from frequent visits but for the quality I’d say it is pretty value for money, and definitely worth a try to indulge in a satisfying lobster meal. One of the best around, the experience at Pince & Pints will not disappoint.

Words and photos by Crystal. A girl who likes to eat, photograph, and write about food, and dreams about travelling around the world one day. Note: This is an invited tasting