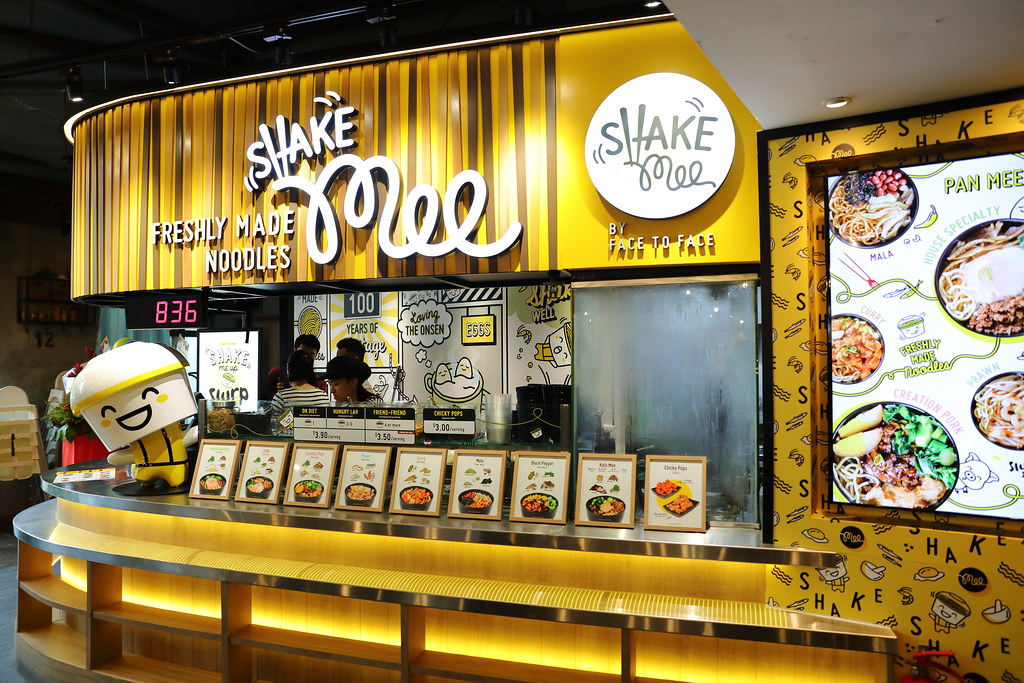 Face to Face Noodle House which brought the popular Sarawak noodles to Singapore has opened a new noodle concept at JEM. The new stall is called Shake Mee, located at Cookhoue@JEM on the top floor of JEM. 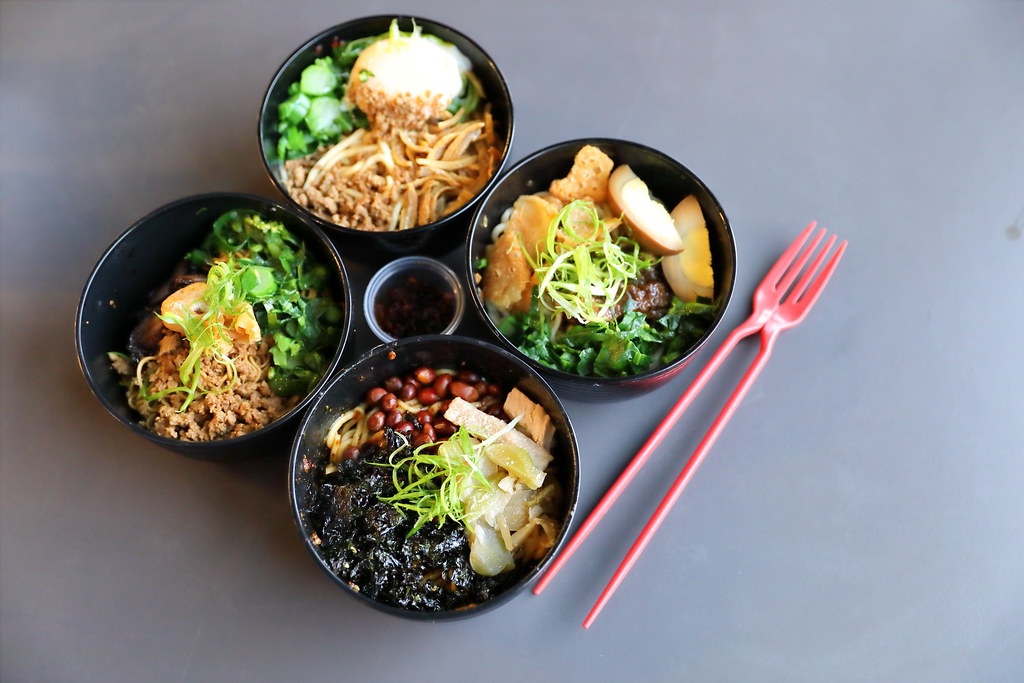 Shake Mee offers a variety of small noodle bowls at $3.90 each. The noodles comes in a Japanese cover with a plastic lid cover. Before eating, customers are supposed to give the bowl a good shake to toss the noodle with the sauce. 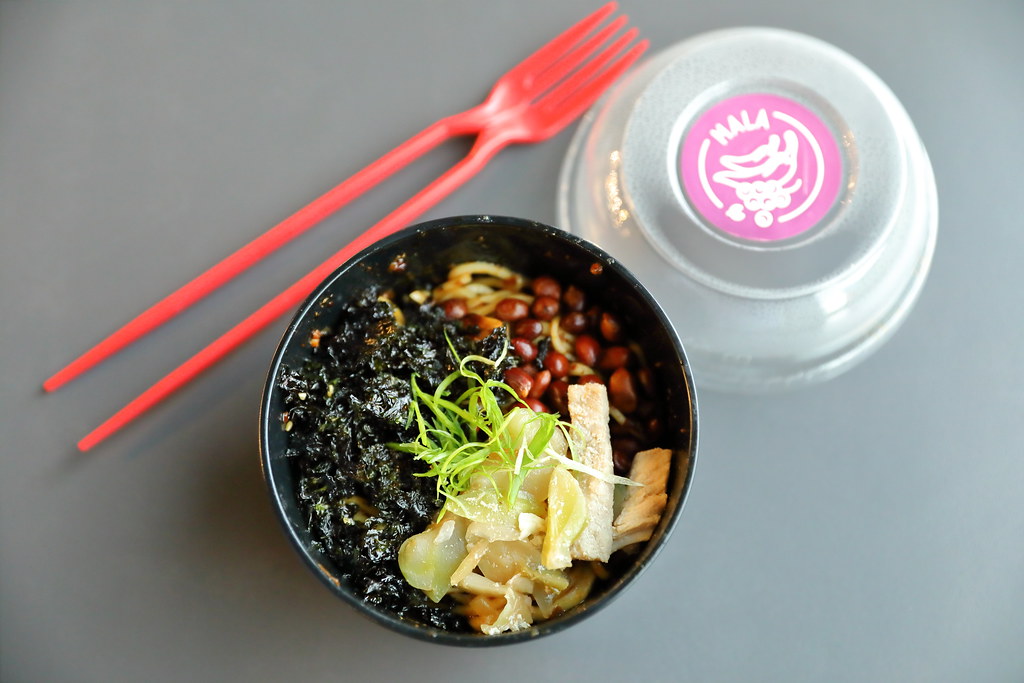 The Mala Pan Mee ($3.90) comes with shredded pork, pickled tuber mustard, peanut, roasted seaweed and sesame. If you can take spicy, the mala is really tongue numbing and fragrant. In local term, this is damn shiok. 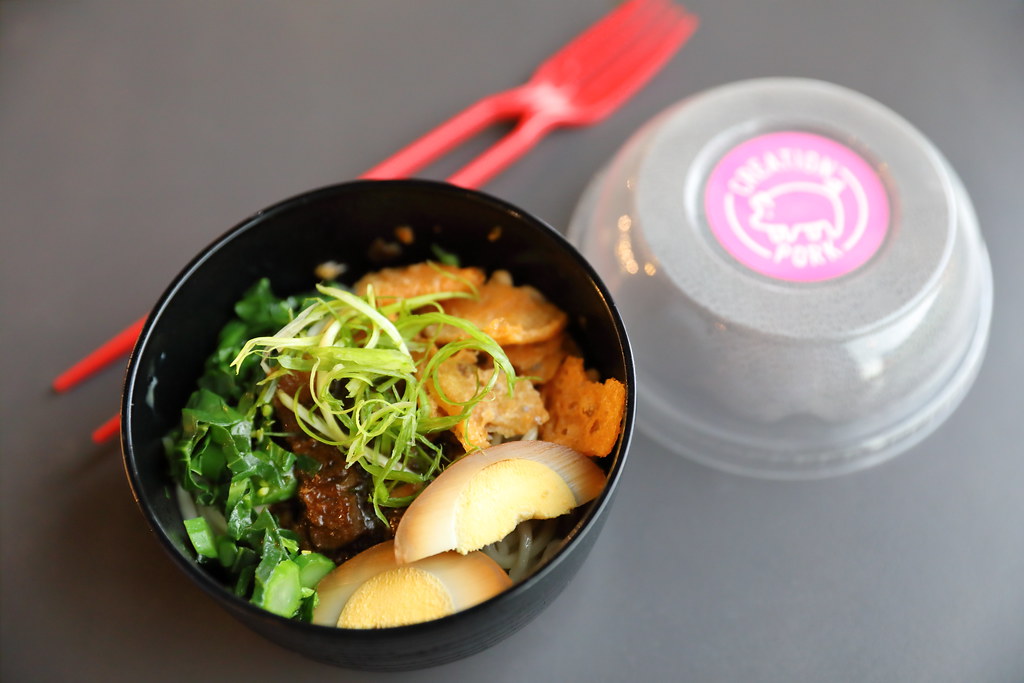 I suspect the Creation Pork Pan Mee ($3.90) is influenced from the Taiwanese braised pork rice. Instead of rice it is substituted with noodle, braised pork, braised egg, kai lan and cracker. It is a delightful bowl but I did not find the wow factor, exciting me. 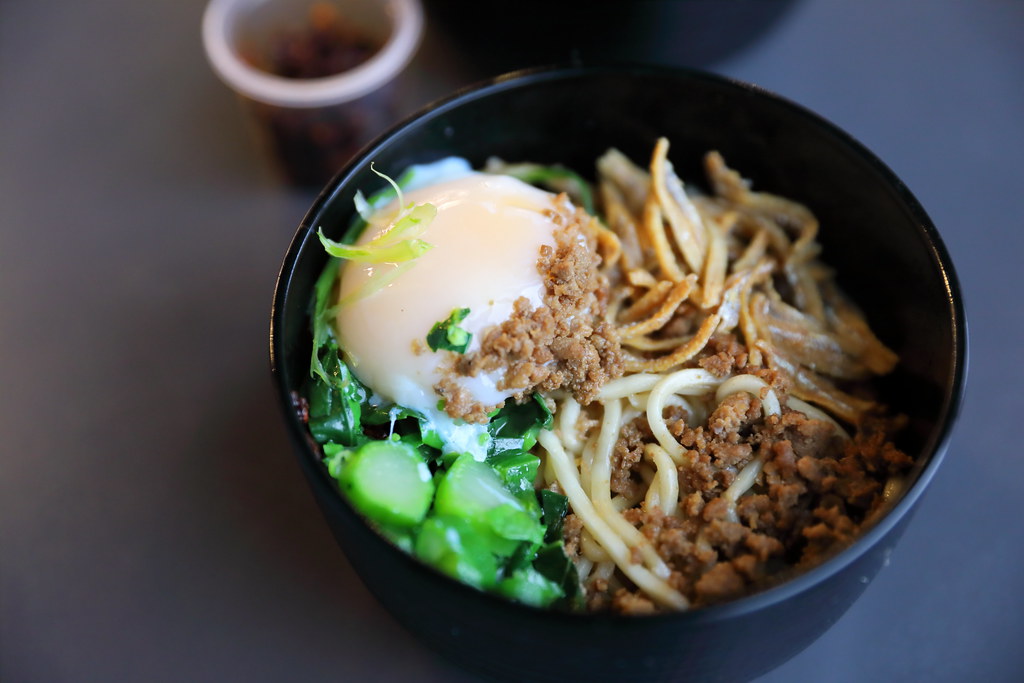 The House Specialty Pan Mee ($3.90) comes in both spicy and non spicy version. We have the spicy version which has a good kick to it. The bowl comes with other ingredients such as anchovies, kai lan, minced meat and onsen egg. Its like having a dry ban mian with the different components coming together for a delectable finish. 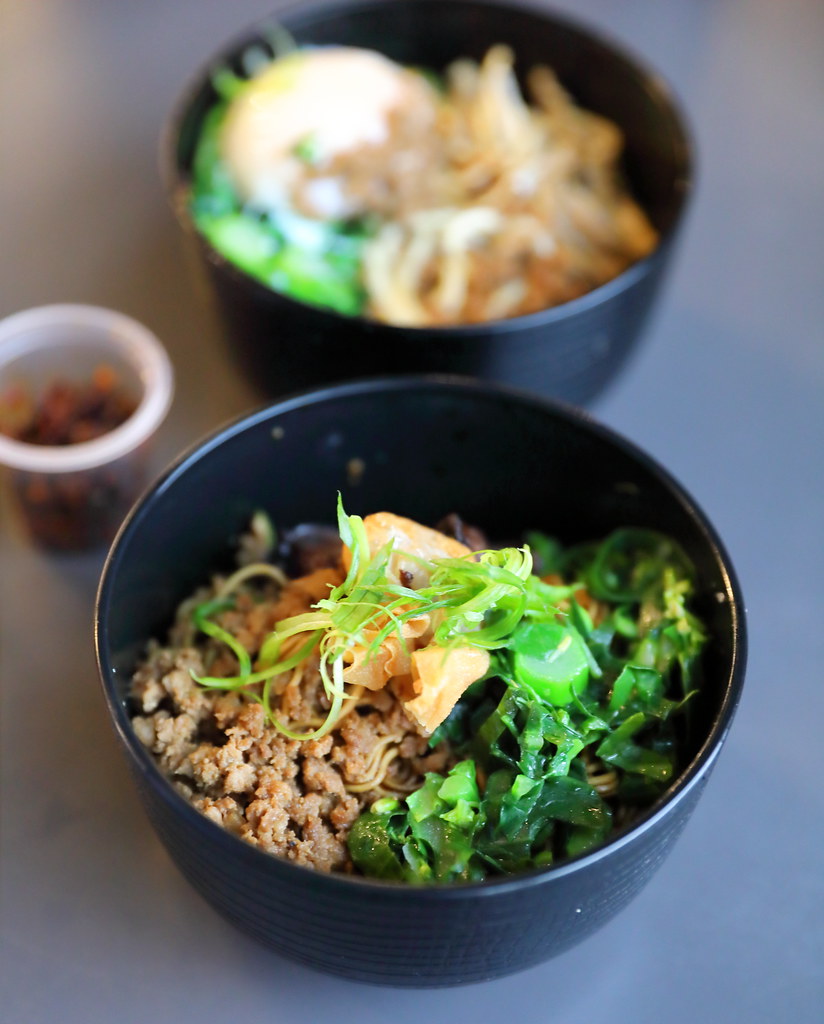 Among the different noodle bowls I tried, my favourite is the Kolo Mee ($3.90). The kolo mee comes with 4 choices of sauce. You can have the white (traditional), black (dark soy sauce), mix (dark soy sauce + chilli sauce) or red (chilli sauce). We tried the one with the dark soy sauce which comes with fried wanton, kai lan, minced meat and char siew. While the char siew was on the dry side, the dark sauce married with the springy noodle excellently. If it can improve on the char siew, this would be perfect. 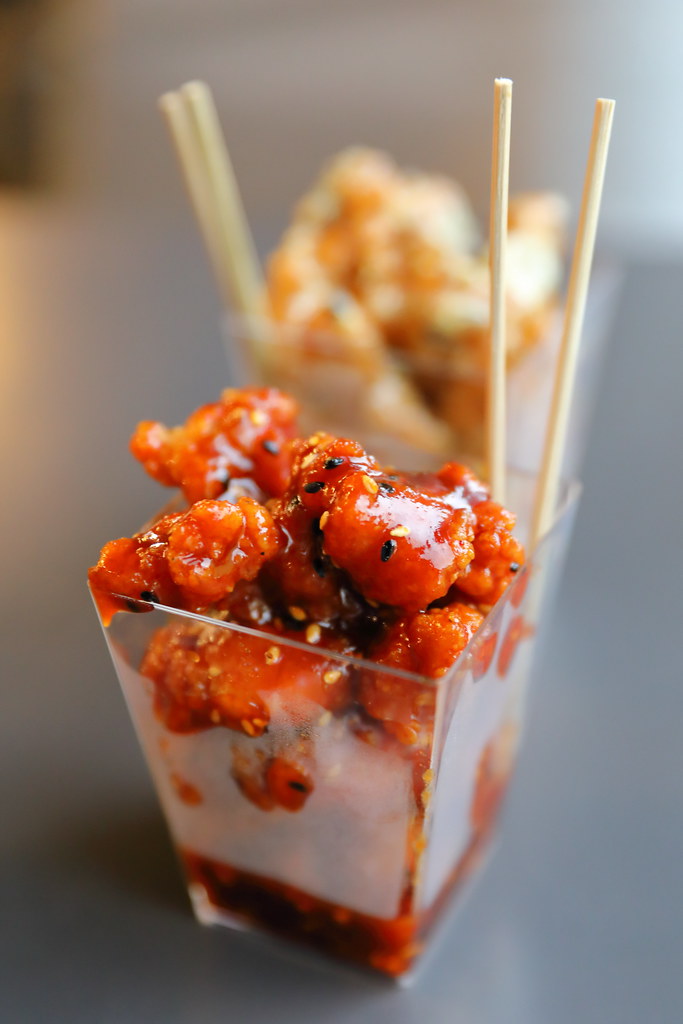 Besides the different variety of noodle bowls, Shake Mee also offers chicken pops on their menu. There are the K-Pops ($3) which is korean spicy sauce with sesame and Sea-Yo-Later ($3) which is mayo with seasweed and sesame. I personally prefer the K-pops over the later. I thought the spicy sauce was not spicy at all and the sauce was somewhat acquire. 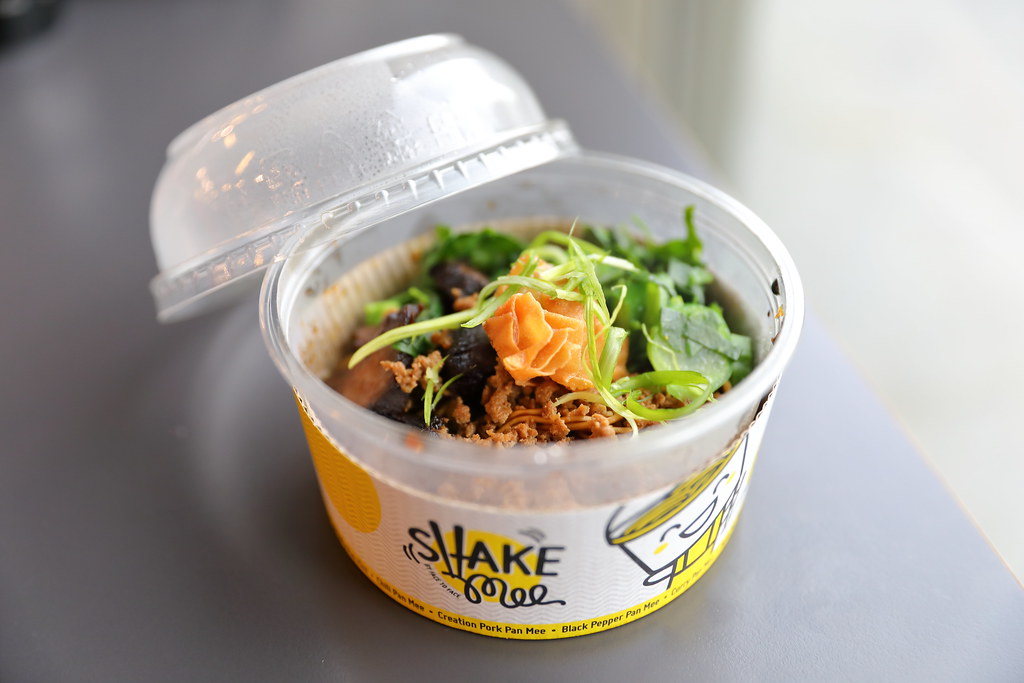 Overall I enjoy the quality of the freshly made noodles and sauce. While the concept is diet bowl or small bowl, it can be quite competitive in a food court where you can find bigger quantity food with the same price. I like the concept but the location maybe challenging for the it to kick off.