Container concept is not new but seldom I see one that is as comfortable as Rudimentary, which is nested at Footscray,a suburb in Melbourne. This is one of my favourite suburb cafes in Melbourne which I visited during my trip. Huge breathing space with an impressive garden with greens, fruits and herbs which go into making our dishes. Do note that menu changes according to season, what we had was Autumn menu. Very simple interior and furnishing, the kind of everyday cafe, as seen from their basic 2 toasts with butter and homemade seasonal jam alongside with their cup of coffee. 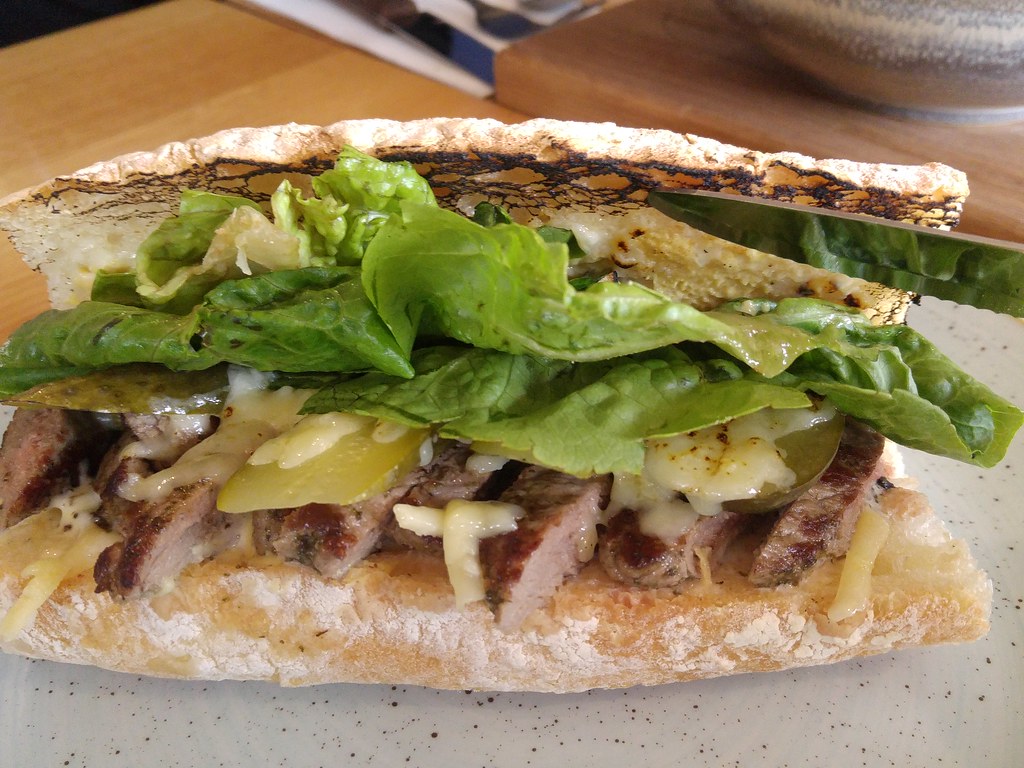 The Steak & Cheese Baguette (AUD$14) is a very basic sandwich but the taste of the steak went beyond your usual fast food kind of sandwich. It was quite juicy and tender with oozy cheese all over it. The baguette is closer to a ciabatta which I thought goes even better with the filling. Just look at the charred portion of the bread! That adds characters to an otherwise ordinary toast out from an oven. 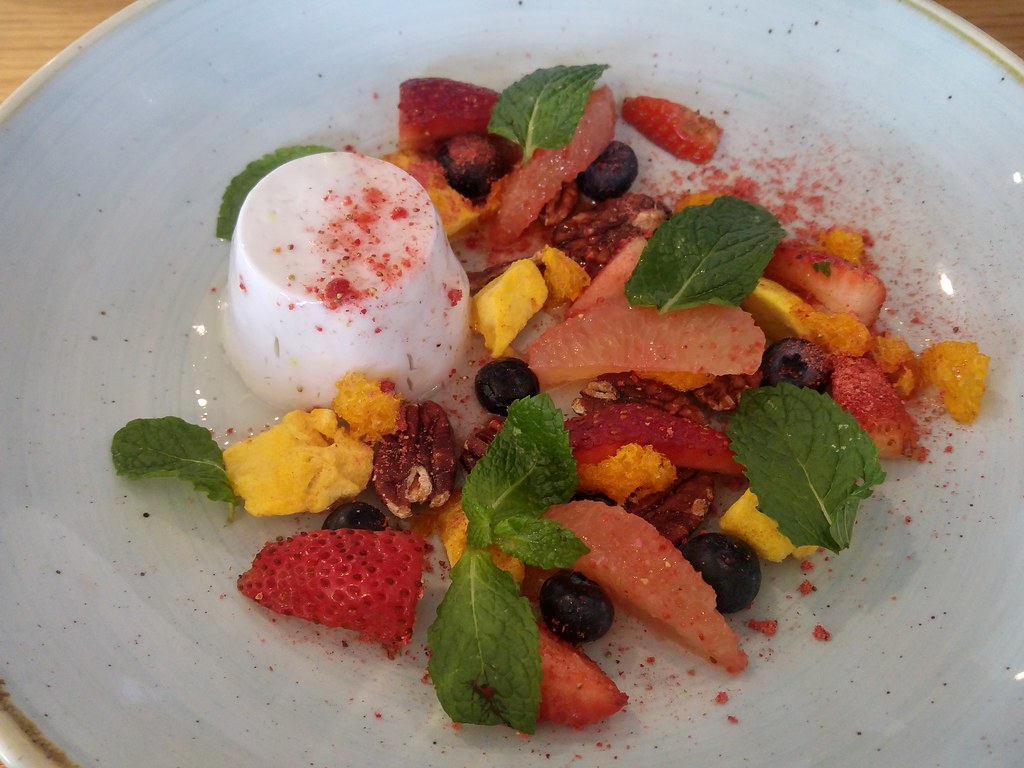 Somehow or rather, the Coconut & Lime Panna Cotta (AUD$16) is a dish within the mains and not in the range of desserts, perhaps like your brunch waffles or pancakes. It was my very first experience having panna cotta as a main and theirs made it a memorable one too. The contrast of colours in a myriad of red and orange was sense awakening. Every bite comes with a nice coconut fragrant on top of the creamy texture without being overly cloying. The salad on the side which consists of tangy and citrusy fruits, tart berries and crispy dried fruits was perfect in creating complementing flavours and textural contrasts with the panna cotta. 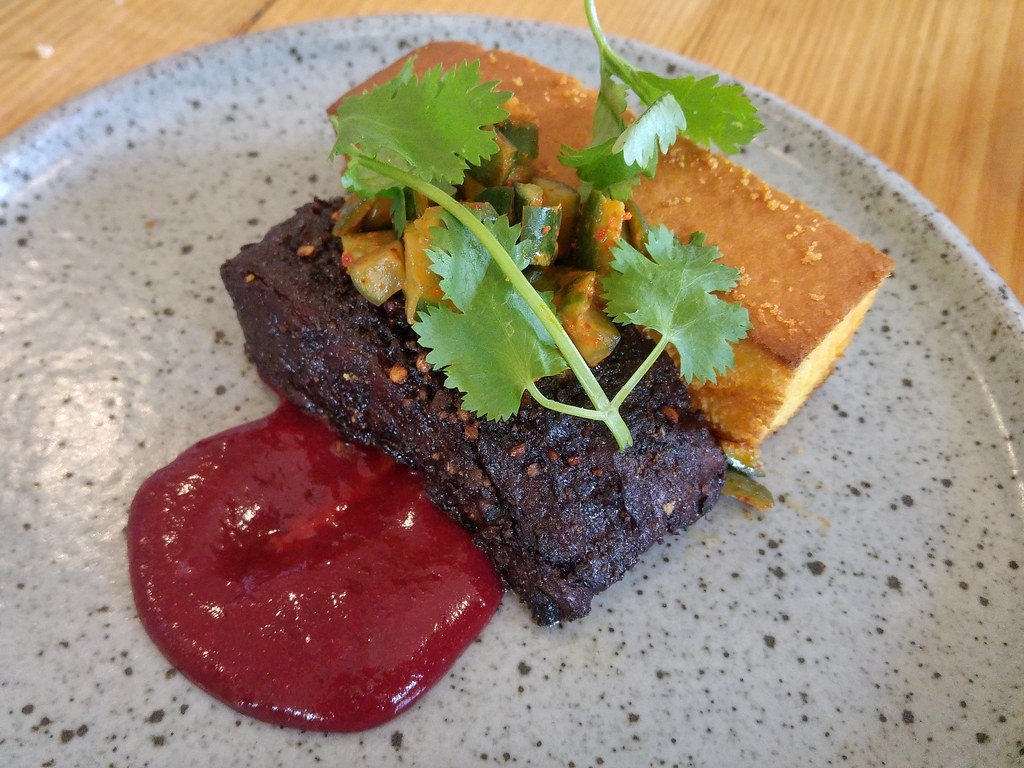 I rarely see a meat dish that is as neat as their Smoked Beef Ribs (AUD$19.50) with the different ingredients arranged side by side. Corn bread seems to be a common accompaniment for meats, as it appears a few times in other menus. The beef did look really smoked and almost to the degree of charred black but the inside was done right. The blood red plum puree was a sophisticated sauce to flavour the meat, along with an interesting spicy kick with the cucumber kimchi adding a crunchy touch. The portion of the ribs may seem much smaller than expected, not your regular american ribs with sauces all over the plates for sure, but I like the intimacy that a diner could have with this dish - savours every bite and appreciates every flavour that comes through. 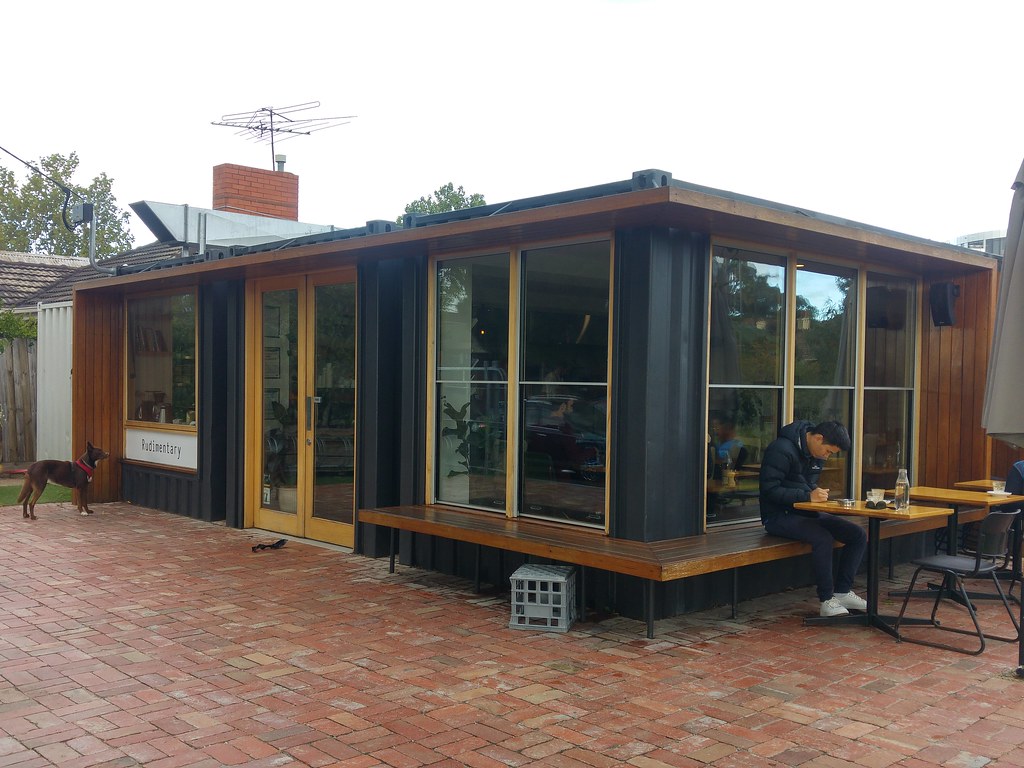 I finally get to really appreciate what a seasonal menu is after seeing the garden, savouring the food using the ingredients straight from the garden etc.. Last but not least, the warm service and smile by the team. I wished I was really on a vacation and need not rush to my next destination. One day, I shall be back!

Written and photography by Si An. A girl who is allured by travelling, loves the feel of freedom, smell of the rain and the aroma of fine coffee and food.