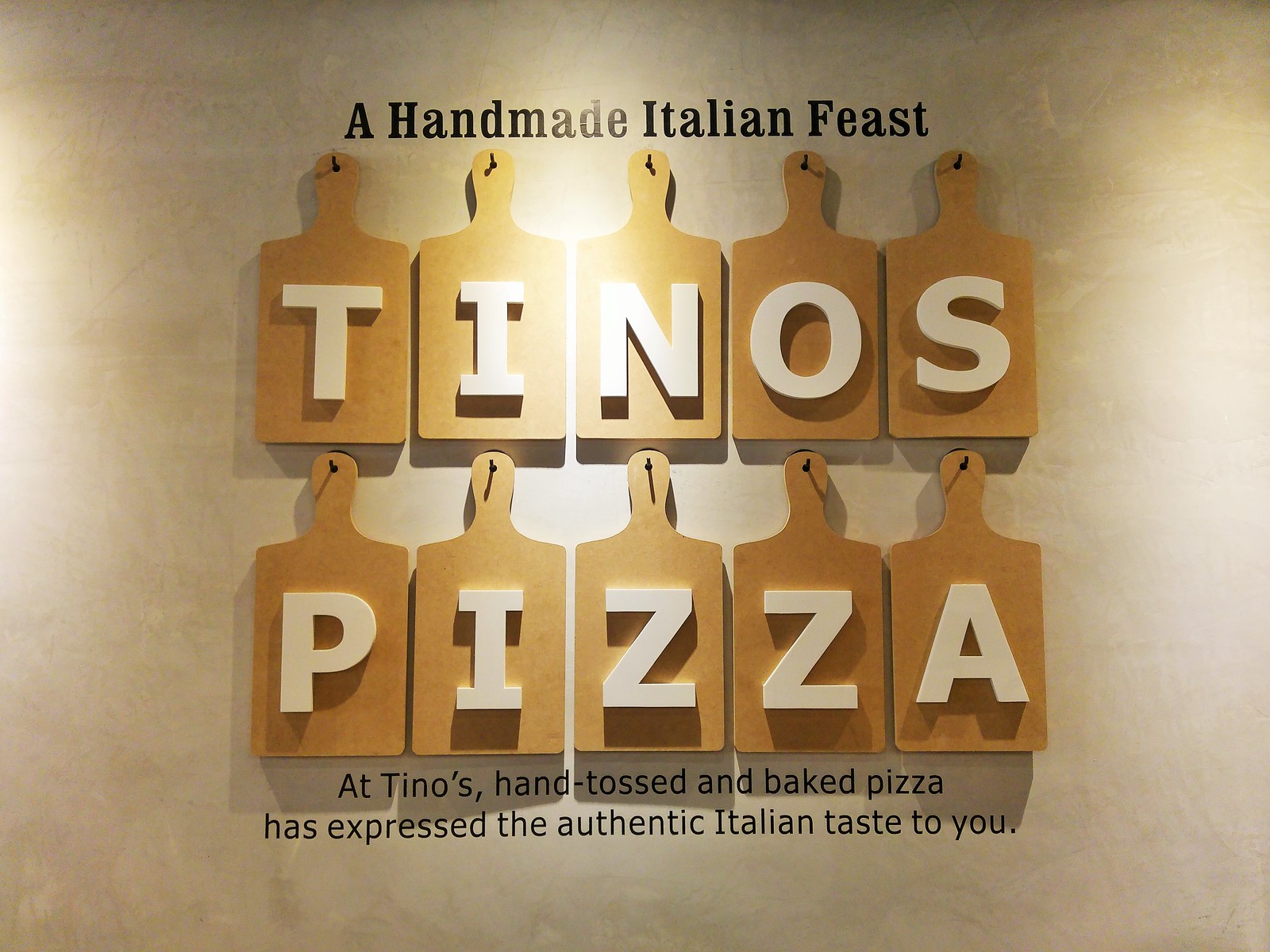 Another pizza chain has come to our heartland area - Tino's Pizza Cafe, a brand from Taiwan, and has made Tiong Bahru Plaza their second home (first in RWS). In comparison, their set up is almost like a café rather than a restaurant, which is smaller and cosier, that make this place a good option for small gatherings. 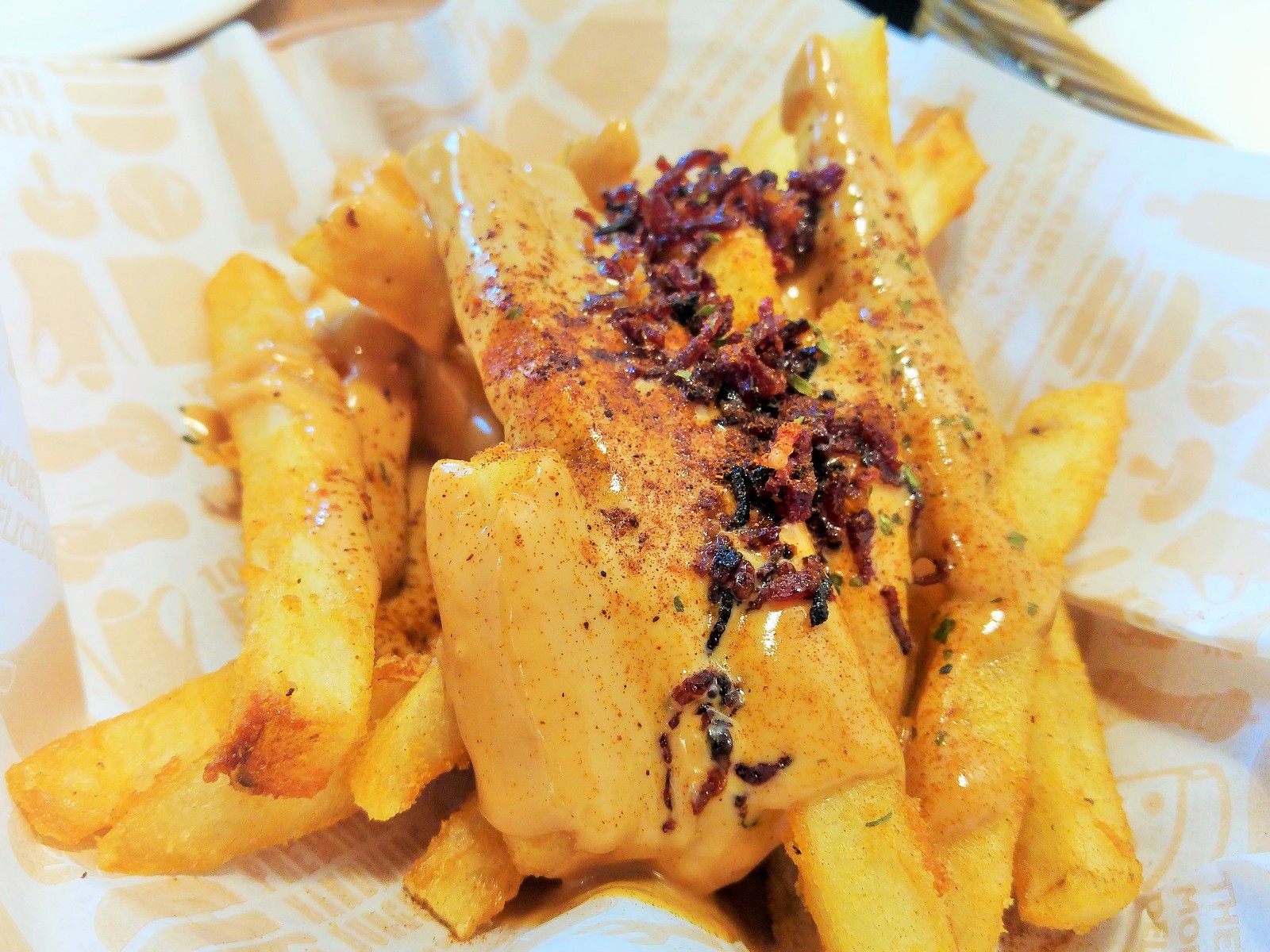 We started off with 2 dishes from their Tapas Menu - Peanut Butter Fries ($7.90) and Balsamic Mushroom ($9.90). Their fries were crispy and airy, and even without any sauce they were tasty on their own. The peanut butter sauce was oozy and sinfully delicious, but combing both can be rather lethal. 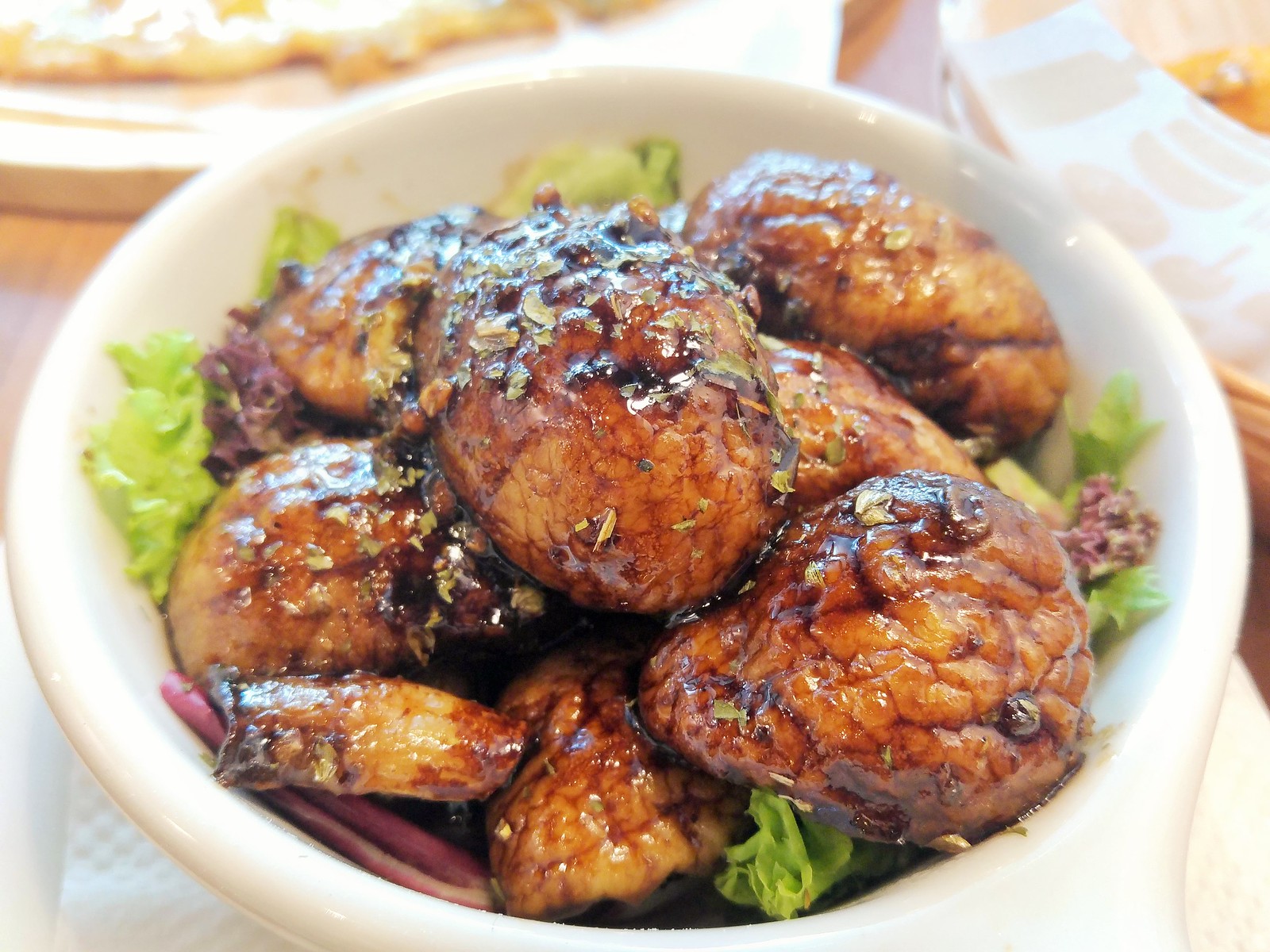 Their Balsamic Mushroom really wins me over. Soft and juicy, these sautéed mushrooms were drizzled with a specially imported balsamic vinaigrette from Italy. Compared to the those in our local market which are rather thin and astringent, this vinaigrette is thicker and more balanced in taste. Hence, what we have is more of a rich and winey flavour without a too pronounced tartness. If not for the price, I could easily have two bowls of that. 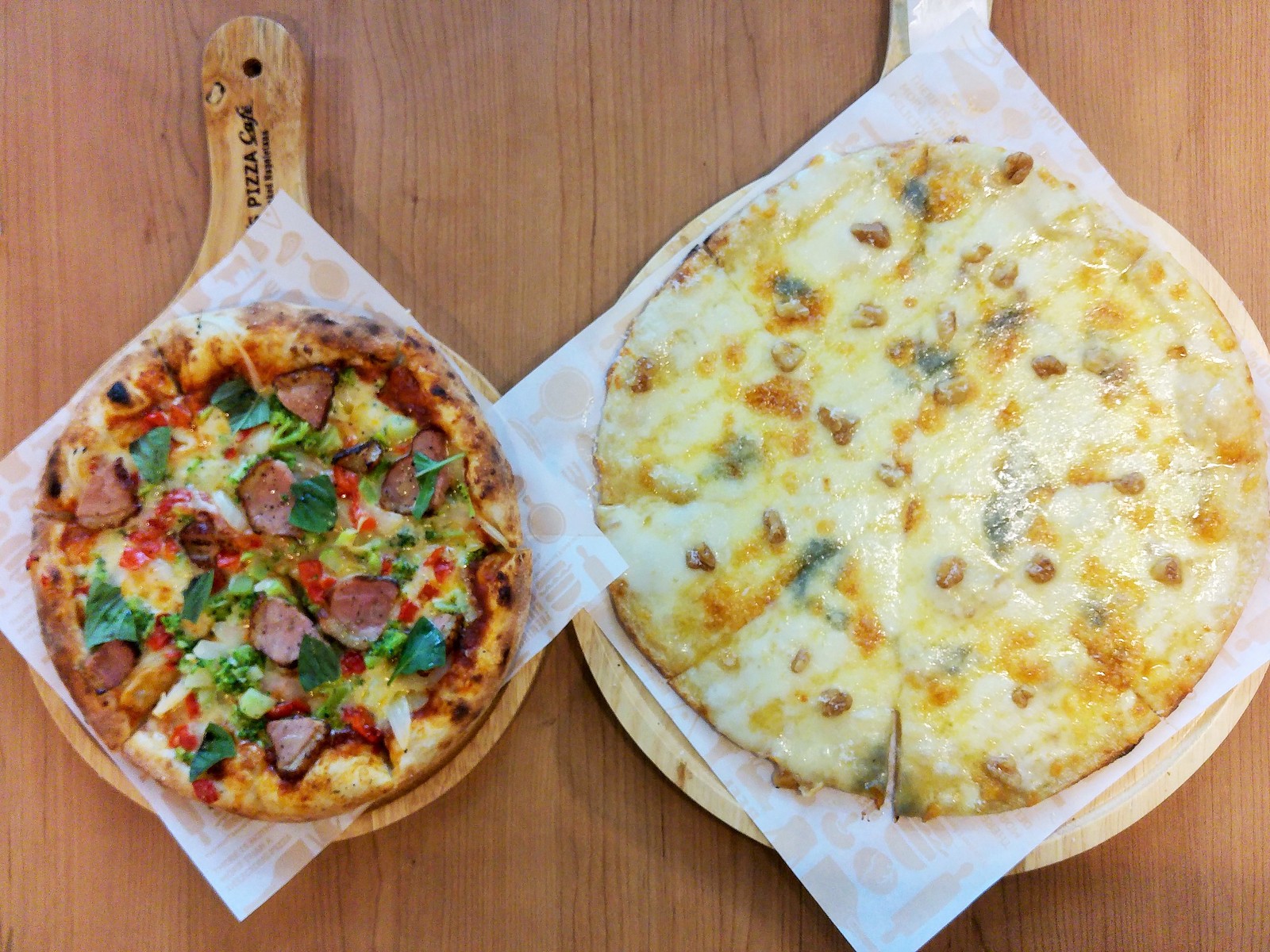 For your pizzas, you can choose either Neapolitan (thick crust) or Roman (thin crust). The latter may look much bigger than the first, but both are actually made from the same amount of dough. We had their highly recommended Duck Caponata ($16.90) and the exotic Blue Formaggio ($22.90). 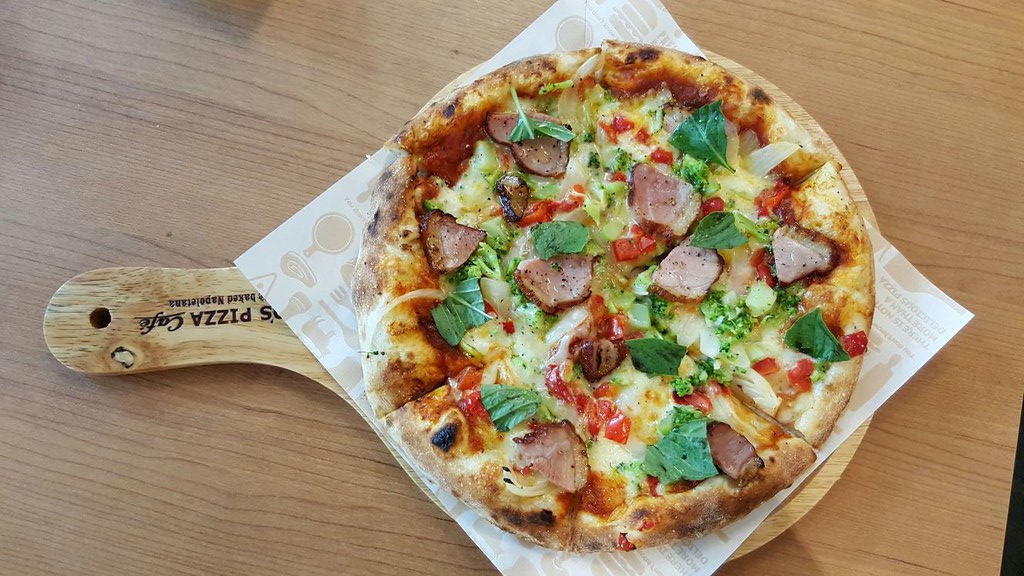 The broccoli brightened up the pizza, and its freshness worked well with the chunky smoked duck meats. The red bell peppers lent an additional smokey sweetness to the overall flavour. What Tino is proud of is their pizza's dough. Unlike the usual American dough which is often dense and greasy, theirs acquire a porous and chewy texture, like a ciabatta. 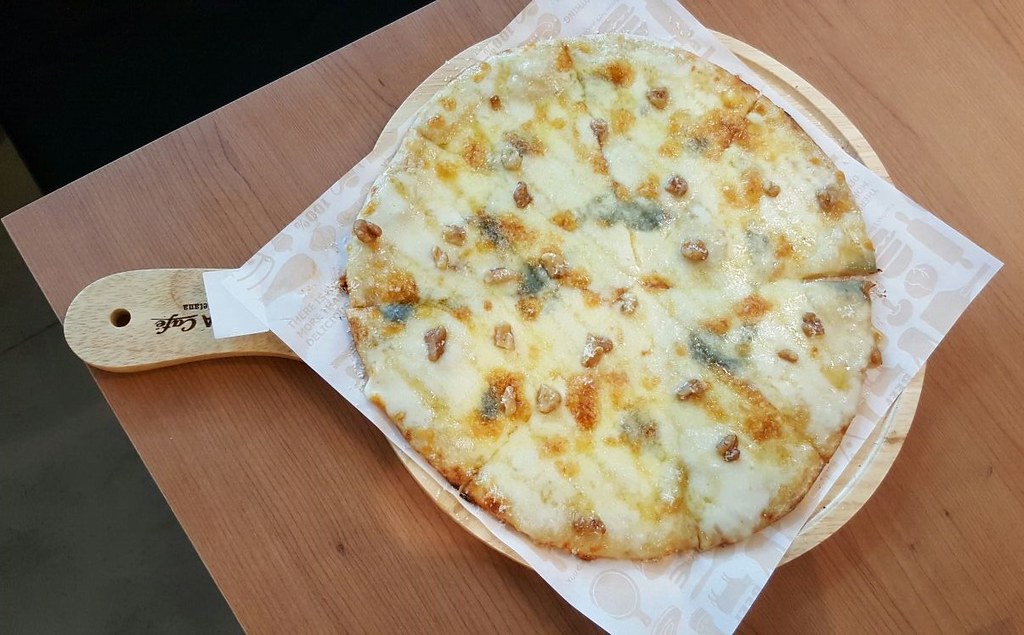 Anything with blue cheese is tricky. It either works, or it doesn't. Made of blue cheese, padano and mozzarella, their Blue Formaggio is pretty impressive. The layer of honey glaze brought all the ingredients together - it mellowed out the astringent blue cheese, and refined the rest of them. The crushed walnuts lent a pleasant nuttiness to the now sweet-savoury cheeses. 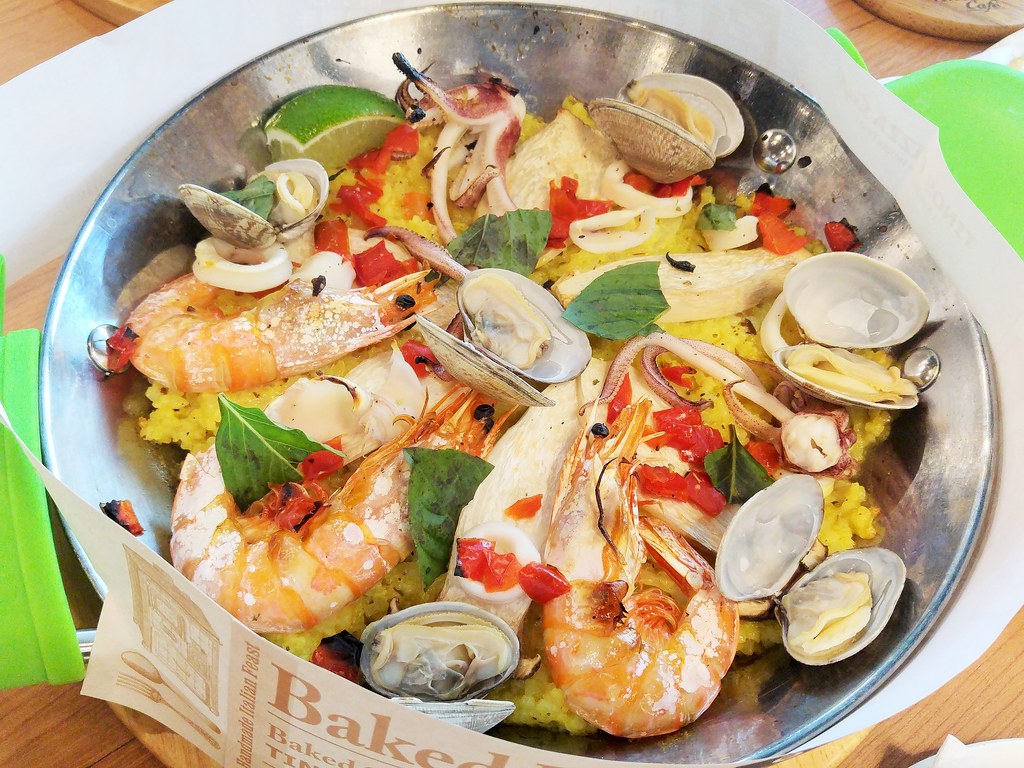 If you ain't a pizza person, their paella will be a good option. Compared to those available in Spanish restaurants, theirs is quite affordable. We had Seafood Paella ($19.90), which is good for 3 to 4. Rice is specially imported from their central kitchen in Taiwan. The rice was fragrant with herbs, with a slightly charred bottom. A little less sticky would be perfect. Ingredients were fresh, with succulent prawns and firm, chewy squids. An element of their hometown was found - slices of king oyster mushrooms, which added a meaty texture to the rice.﻿ 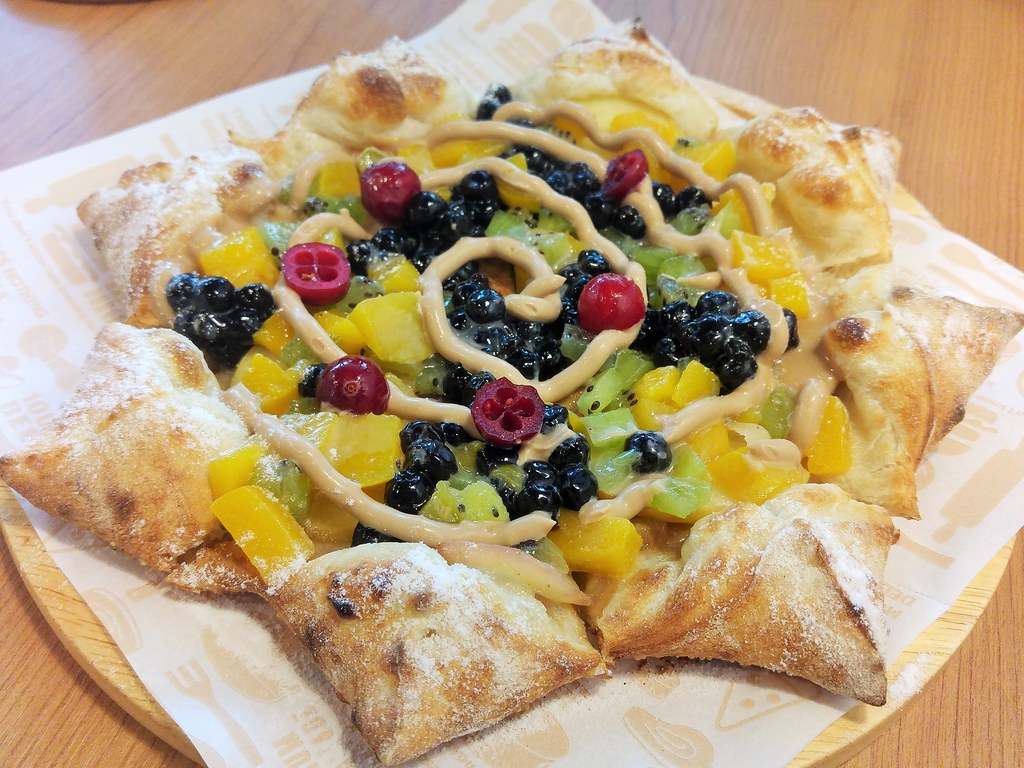 You could also simply drop by for a less than usual dessert. We had Spica Crustar ($12.90), one of their most popular dessert pizza. It carried a comforting smell of cinnamon, like a warm apple pie being serve to me. To my pleasant surprise, there is really apple slices underneath the diced fruits. For their love of bubble tea, pearls is used as part of the toppings (which we all thought was blueberries). Drizzled with milk tea mousse, every bite was reminiscent of a cup of Taiwanese bubble tea. 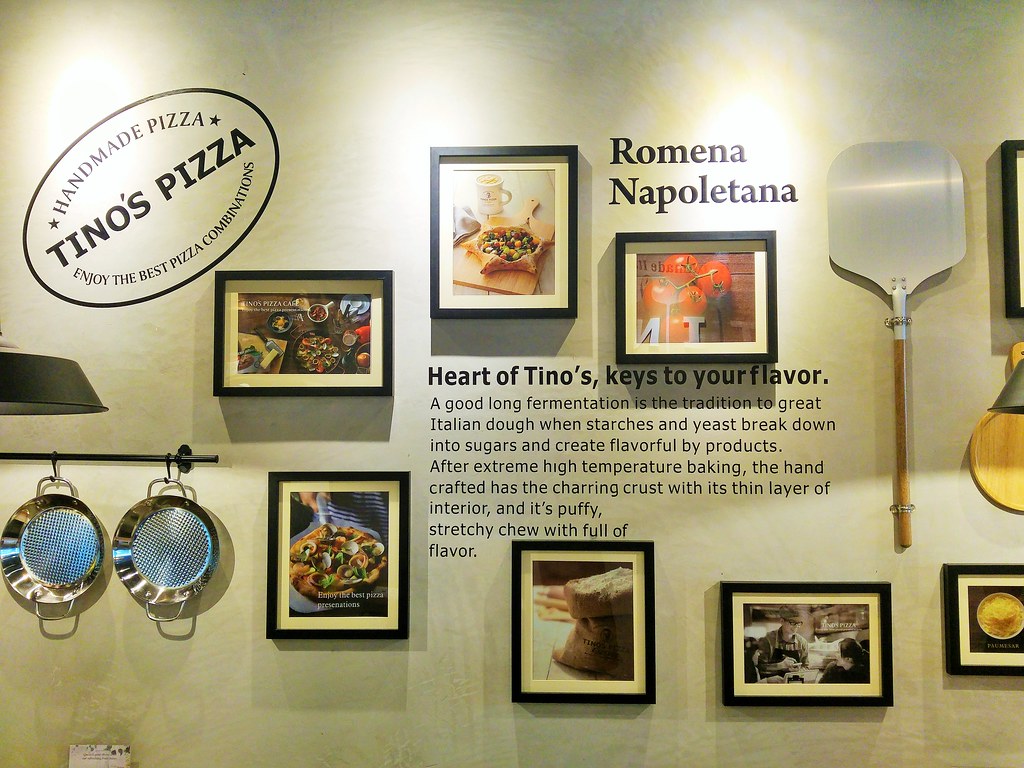 Despite being a pizza chain restaurant, Tino's Pizza managed to standout by incorporating elements of their identity into the dishes. If you want a healthier version of pizzas, theirs may work for you.

Direction:
1) Alight at Tiong Bahru MRT station. Take Exit B. Walk to destination. [Map]
Posted by chen si an at 7:00 AM