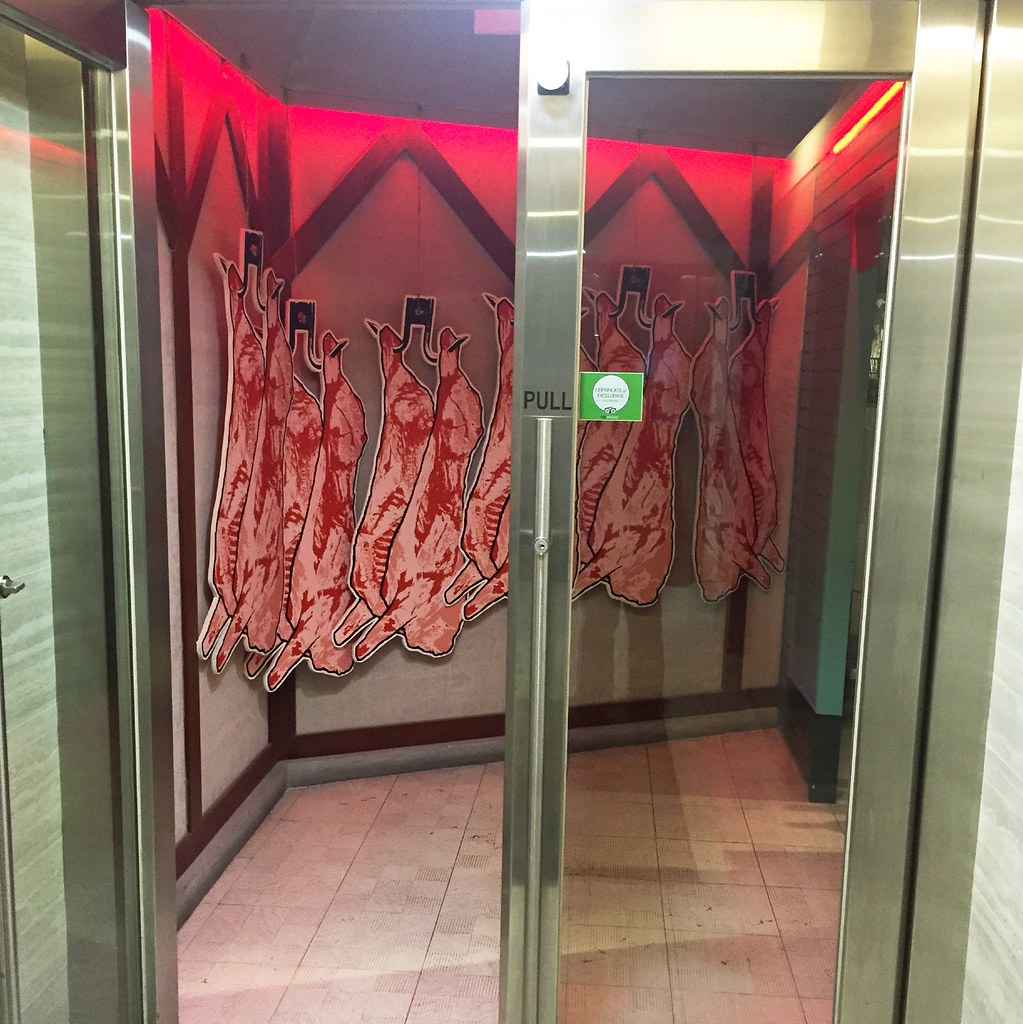 Argentina has always been seen as a land of riches. The first Europeans to arrive at the vast estuary of the Rio de la Plata dreamed of mountains of silver; the name ‘Argentina’ derives from the Latin for silver, argentum. And while the silver turned out to be elsewhere (Bolivia, mostly), the vast country has riches all of its own, many of them edible.

And Bochinche isn’t shy about its intention, which is to bring these pleasures to Singapore. The presence of this piece of the south in Singapore is the result, apparently, of a chance encounter in London involving Diego Jacquet, the chef who helms Zoilo there. Besides his attitude to sourcing the raw materials, he has also sent a longtime colleague, Fabrice Mergalet, to oversee the Singaporean operation. This Fabrice does in a manner that’s calm, almost languid, but still precise and prompt; voices are low, movements are measured, yet the dishes come out as and when they should.

It’s easy to see they’re proud of what they sell - just past the entrance is the grocery section, with everything from cocoa to dulce de leche (think caramelised condensed milk) and, of course, a wine rack full of Malbec (Argentina’s most renowned grape variety). This arrangement is logical as well as physical - the intimately lit dining space follows from these raw materials. 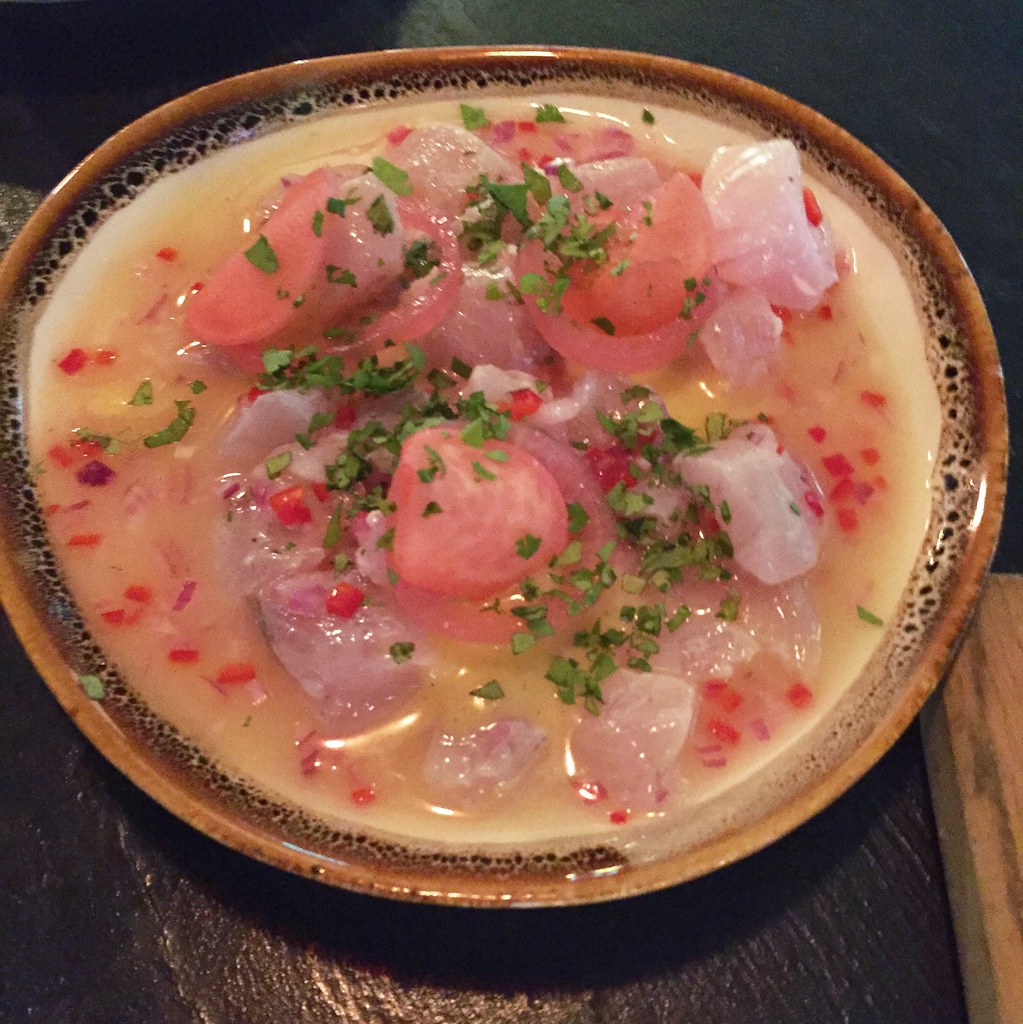 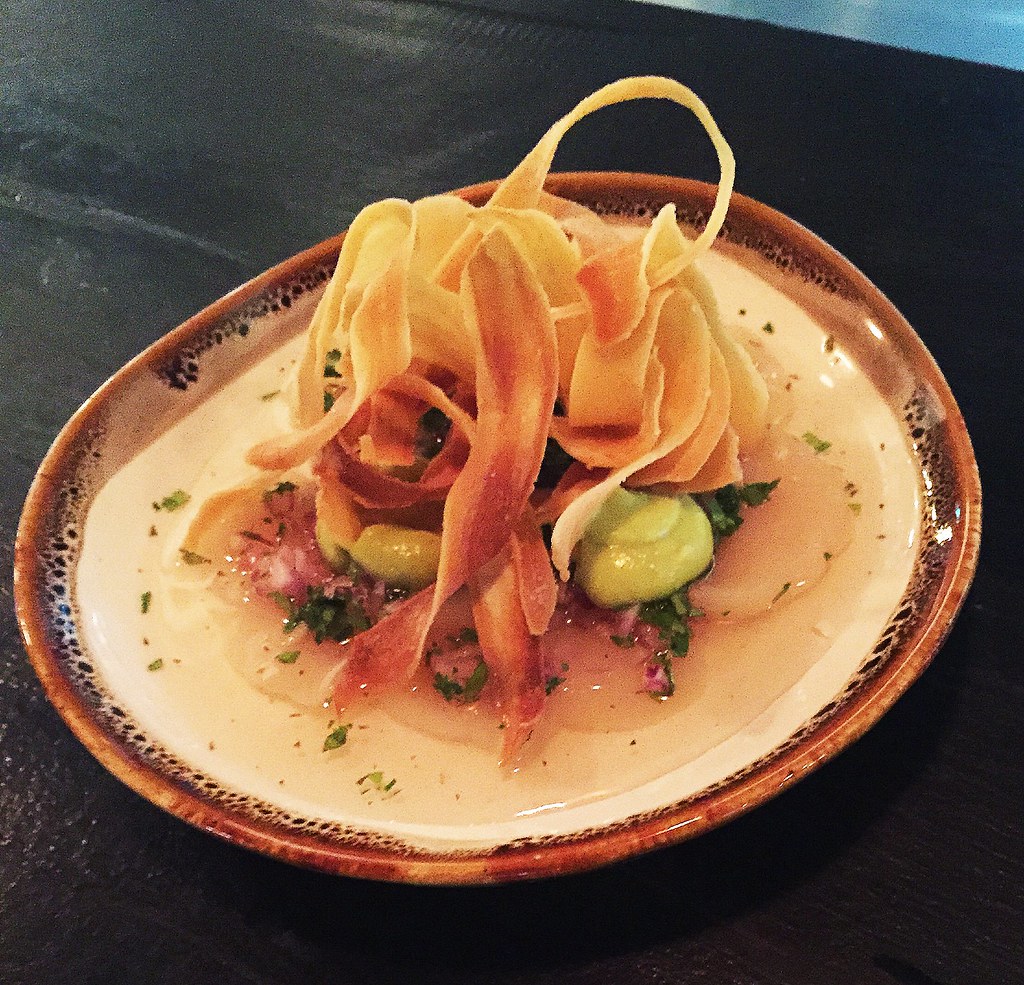 Seated facing the open kitchen, though, the most prominent stimuli both come from cattle - the sight of flames licking around cuts of beef on the grill, and the smell of grilled cheese. But before that we start lightly with seafood dishes. In Seabass Ceviche, the chunks of fish are milky-white and supple with a tongue-pinching marinade; it’s easy to see why the liquid is purported to cure hangovers.

Scallops, on the other hand, come in a rather subtler juice, and are served without marination so their marine, slightly muddy taste is still discernible. Both dishes balance their sharp elements differently - ceviche with a sweet lemon curd, the tiradito with a nest of cassava mealy chips. 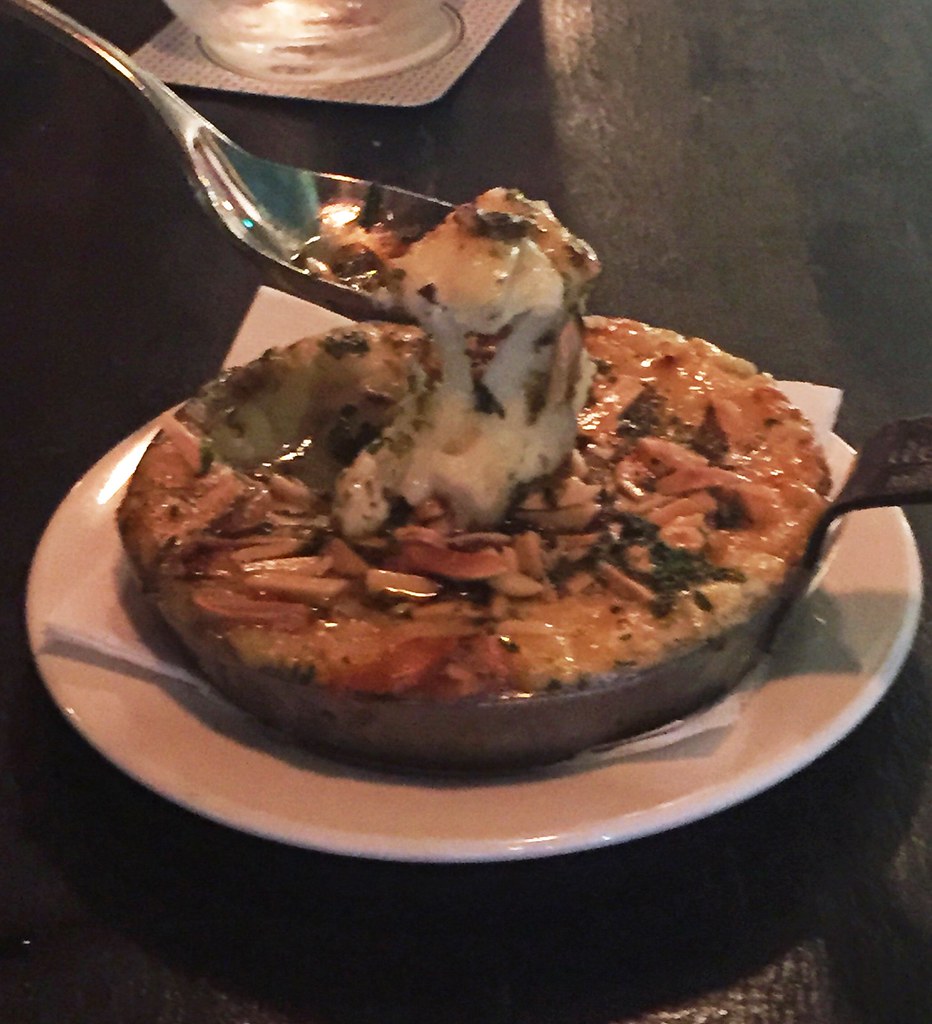 It was a good thing this was on the tasting menu - it would be exceedingly cruel to drive us up the wall with the scent of bubbling, scorching cheese and then not let us try some. Provoleta is an Argentine derivative of provolone, grilled and used as a starter; you can imagine the dishes that make the main meal, if the starter is as spirited and intense as this. The sharp aroma translates to a lactic, almost chalky flavour, and the cheese itself is gooey, though not stretchy. Even after it has cooled it retains bounce. And the combination of honey and oregano used to mellow it is a revelation, the two melding into each other to make something almost like wine and supplemented with the krok of peanuts. 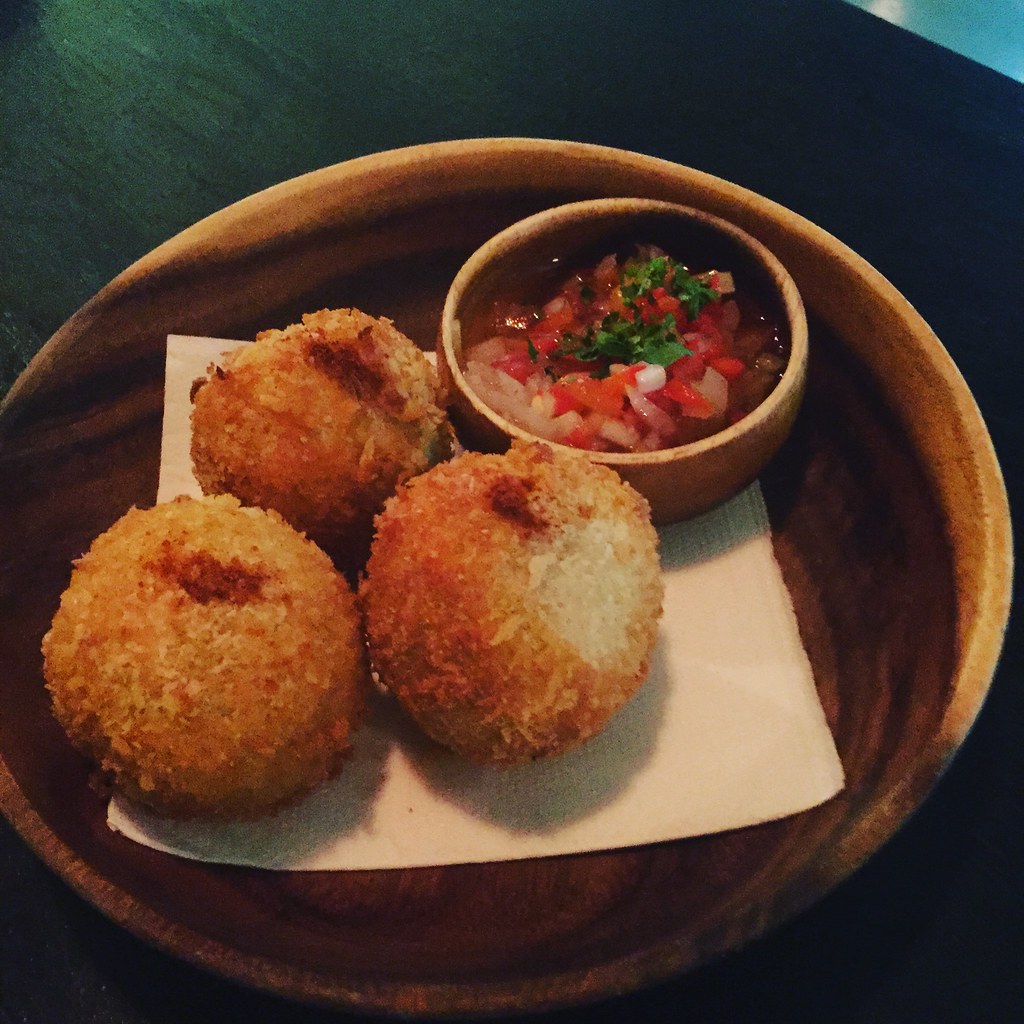 The croquetas have an equally krokking shell, which give way to a filling of humitas - boiled corn mash, smooth with an understated flavour - that is mixed with substantial amounts of crab, the little threads of meat sweet and a little peppery. 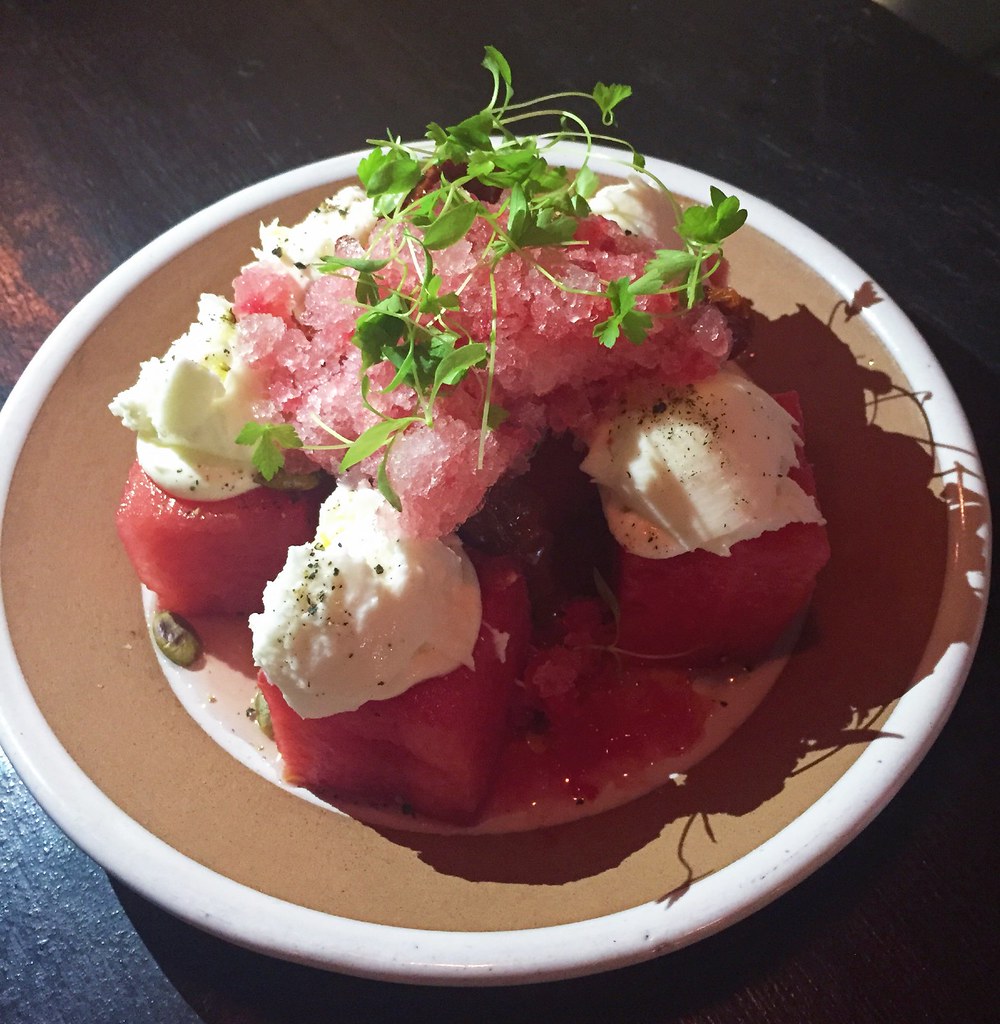 With the Watermelon Salad chunks of watermelon, given a brief turn on the large grill, are dressed with a variety of things that play off them in different ways. Sundried tomato adds a heavy, savoury note, mozzarella a balmier, smoother contrast. And the grilling really works; there is no trace of smoke on the watermelon, but it has become a little drier and a lot sweeter, its juices concentrated. 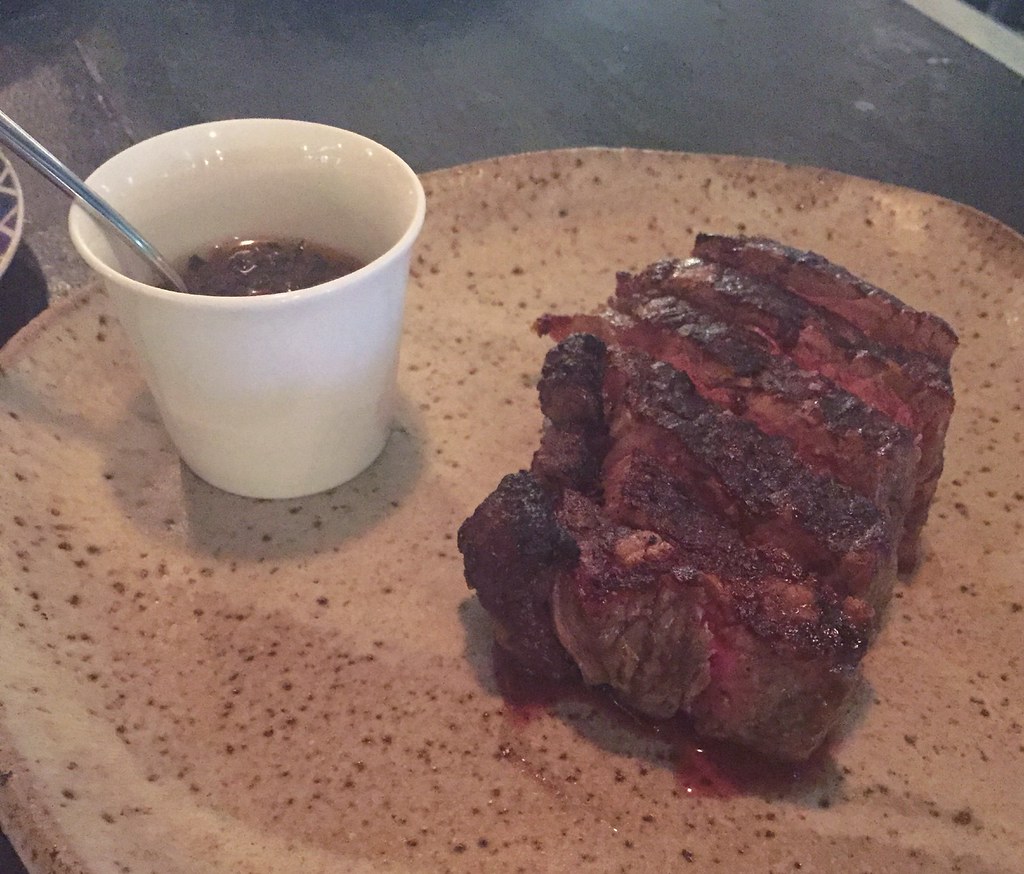 But finally we’ve finished the winding path that leads to the steak, and I’m happy to say that the reward is ample. This, the Sirloin, is not for people who enjoy beautifully patterned beef with a delicate taste and melting texture. Rather it embodies the Argentine attitude to meat. It comes from a cow that has been wandering the vast pampas, eating grass. Then it is aged, cut, and grilled with precision, so the outside is singed and rendered but the centre is still ruby-red. The meat is firm, still oozing with juices, its flavour deep and robust. Chimichurri with plenty of oregano is a lively, almost smoky sort of herbal sauce to lift it with.

With the steak comes chips of the British sort, proper cricket bats of potatoes that are first blanched, then confited and finally put in the boiling oil. Yet, while substantial, they don’t seem as crackly as they could be with all that effort. Perhaps it is an admirable decision to stick with vegetable oil in the cooking, but by the time we get to the chips it is a little late to attract non-carnivores; they might have just stuck to their guns and used goose fat. 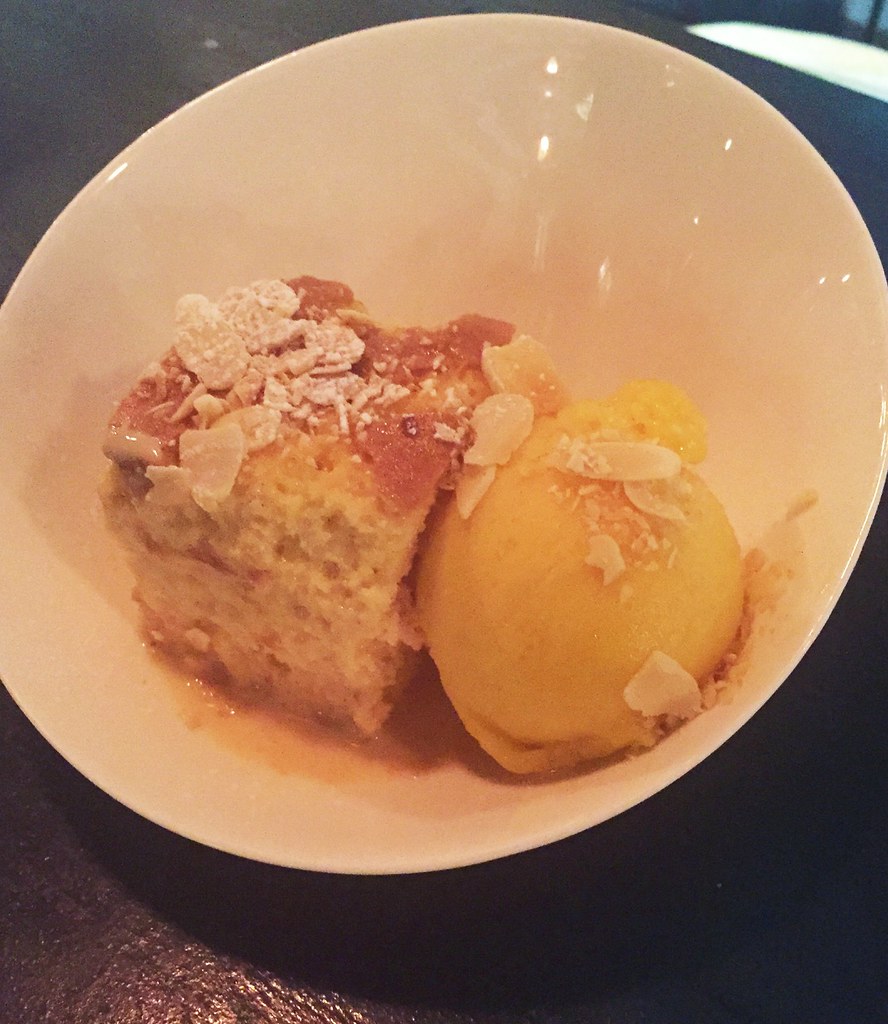 We tried two desserts, including a wobbly flan with dulce de leche, but my personal preference is the Milk Cake. It is just what it says - sponge cake that has been saturated with sweet milk, an unctuous, oozing mess, served alongside passionfruit sorbet. They are made for each other in the sense that either alone is too much - one is piercingly sour, the other like a clod of sugar. But together they meld into a bite with everything in it. 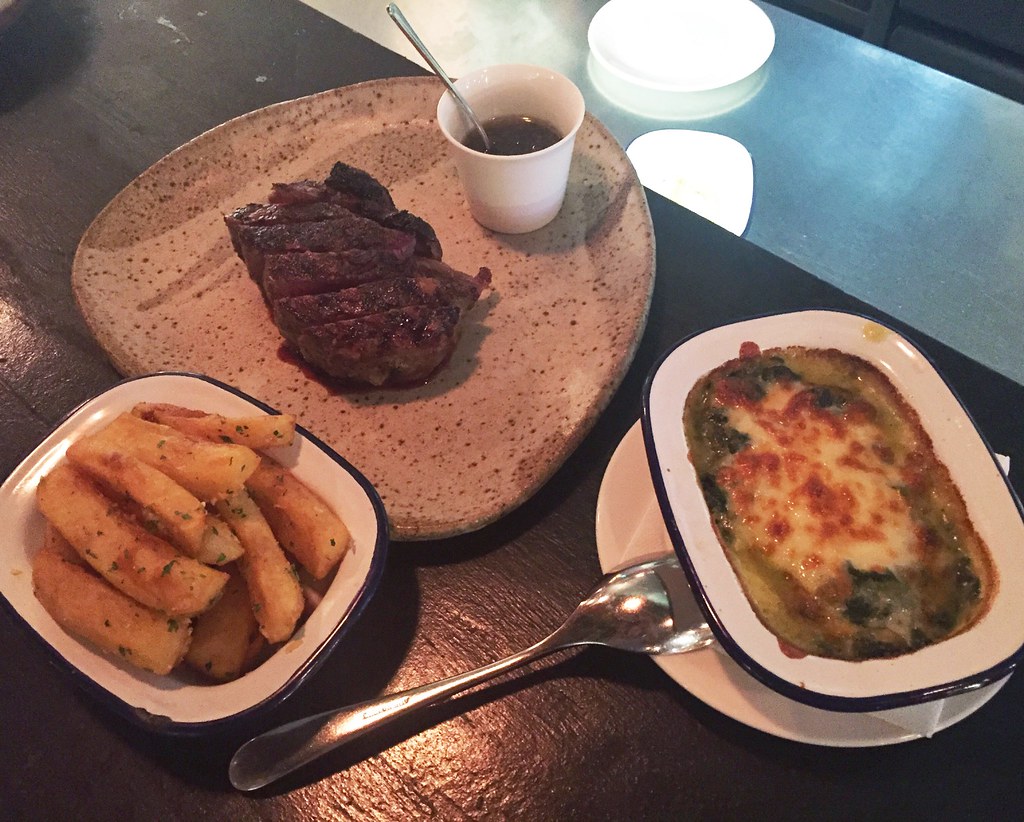 And maybe ‘everything in it’ can summarise this meal; the range of dishes we have, and in the menu, is truly wide. But at no point do they lose the thread, always waving the Argentine flag. In the sourcing and quality of the produce, Bochinche wins half the battle, and the other half comes from a canny combination of playing it straight and adding little flourishes to the ensembles - grilling the watermelon, and combining provoleta with honey (apparently also a signature at Zoilo). Leaving the restaurant into quiet River Valley, I look up the name of the restaurant; turns out it’s a Latin American Spanish word meaning ‘gossip, chatter’. Fair enough. There’s plenty here to chatter about.