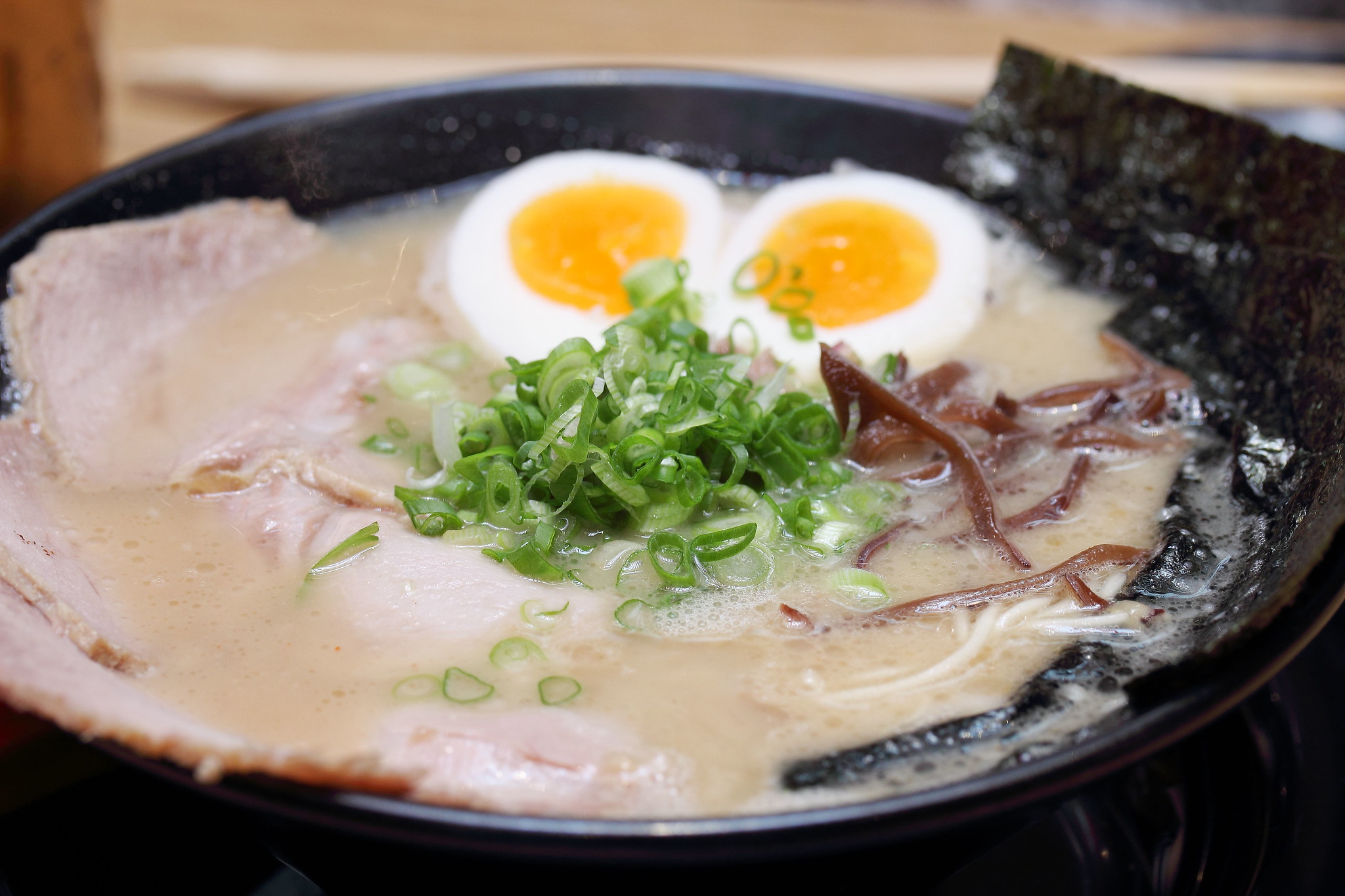 Having won the Ultimate Ramen Champion for two consecutive years in 2011 and 2012 in Singapore with the sales of the ramen doubling that of their closest competition in both years, it is not surprise to see Hakata Ikkousha venturing out on its own to step up its own ramen restaurant with such good report card. With the first ramen restaurant at Tanjong Pagar, Hakata Ikkousha opens their second outlet in the span of about 6 months at Chijmes bringing its celebrated cuisine to the heart of Singapore. 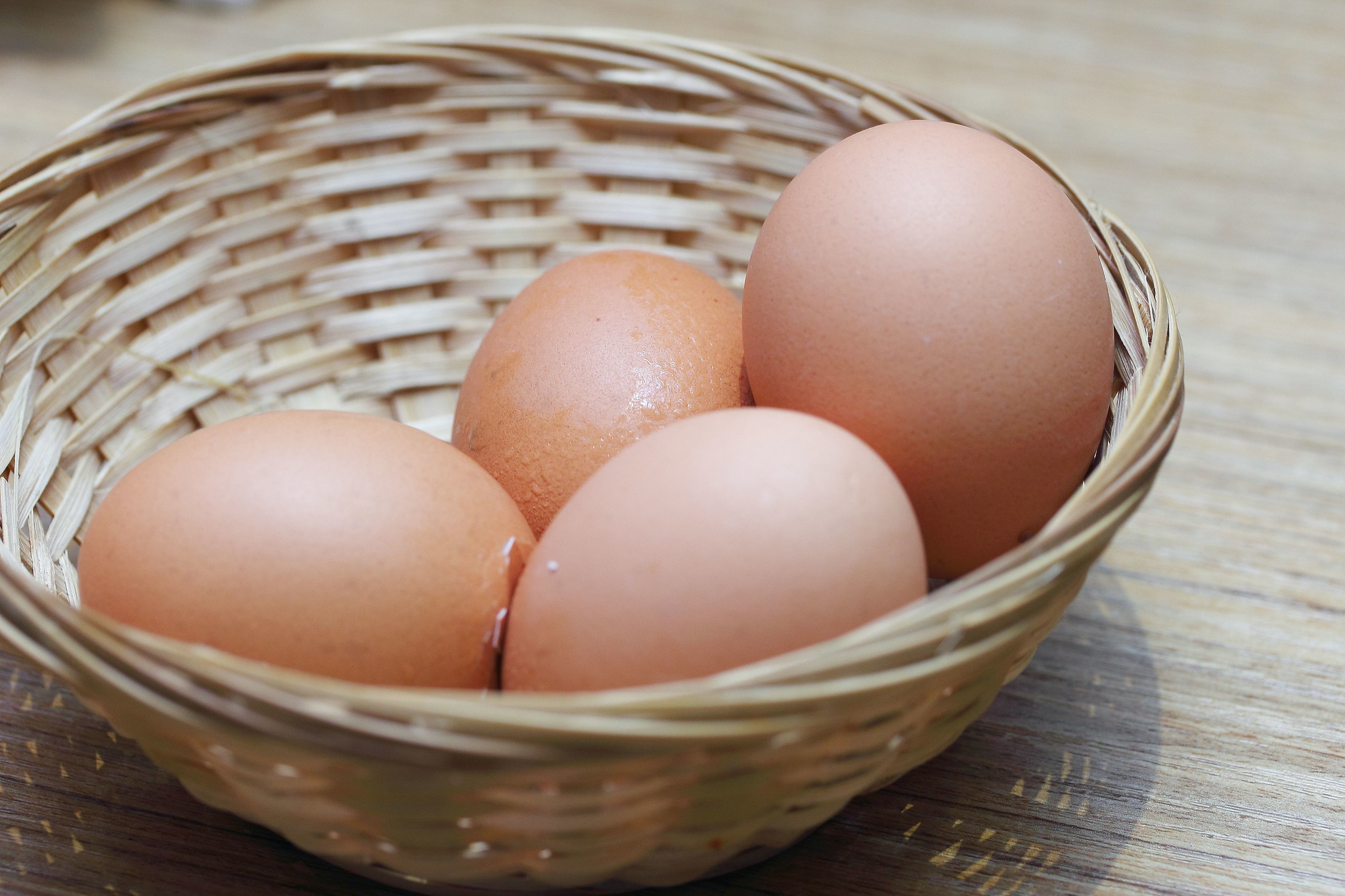 Free flow hard boiled eggs seem like a necessities nowadays at ramen restaurant in Singapore. If I am not wrong it was first started by Keisuke Tonkotsu King and soon many ramen shops follow suit. 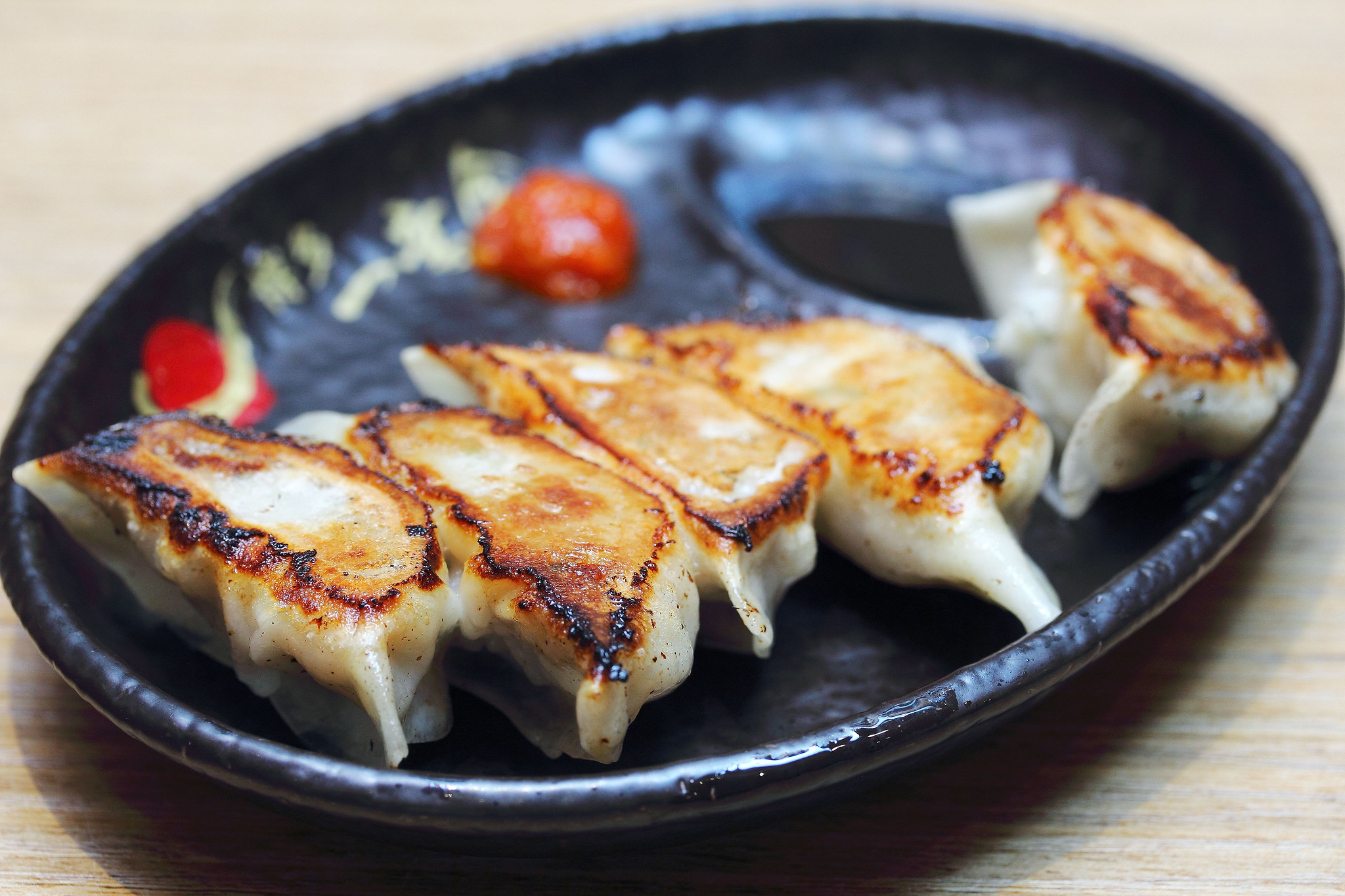 Besides their popular ramen, Hakata Ikkousha does offers some sides on their menu too. While waiting for the rest of the group to arrive, we started with some gyoza and fried chicken to warm our hungry tummies. The Gyoza ($5) was pretty decent stuffed with a well flavoured meaty filling wrapped in a thin and crispy skin. 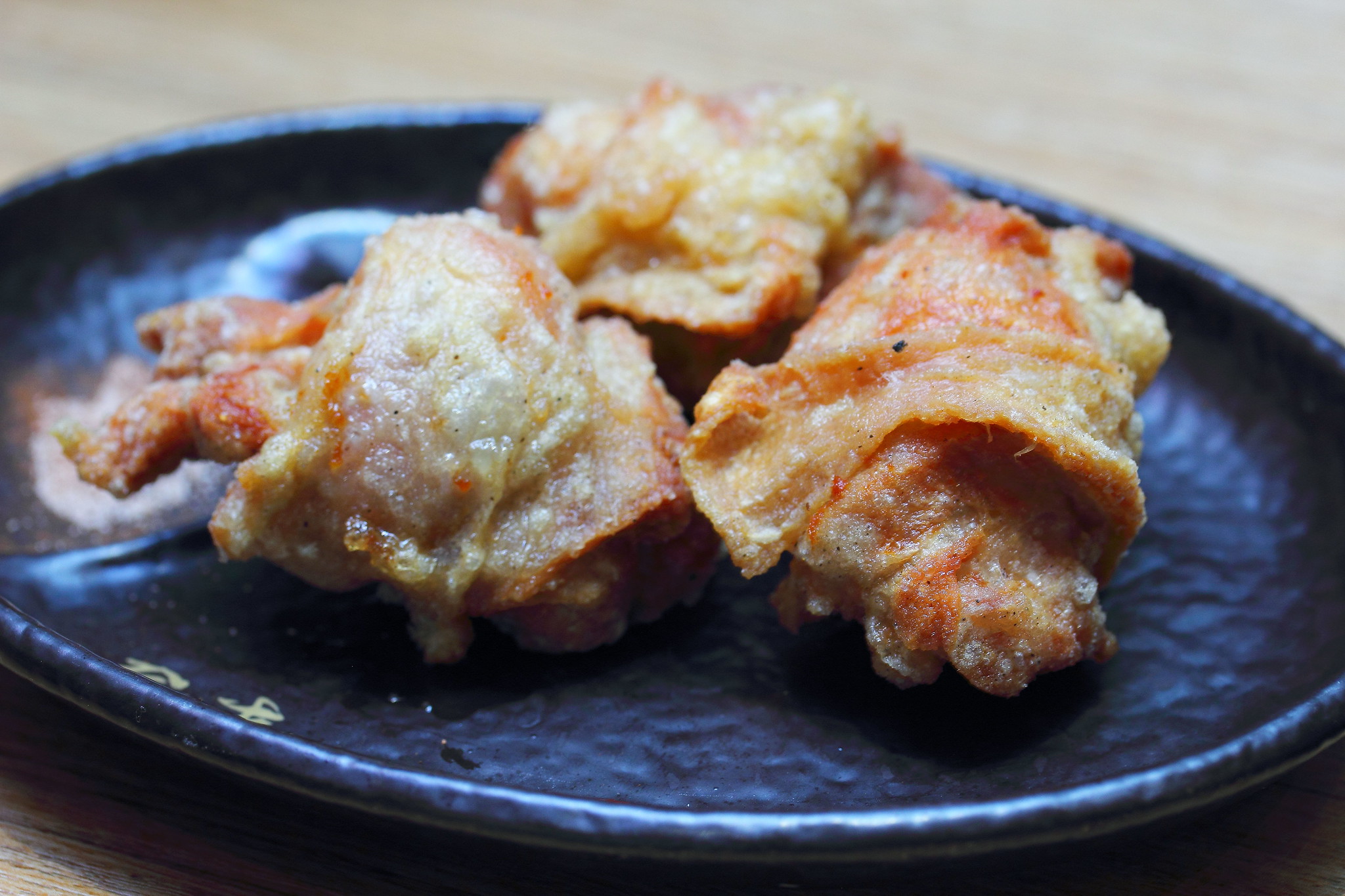 Singapore loves their fried stuff and I would have to say the Fried Chicken ($5) pieces at Hakata Ikkousha was big, tender and juicy. It will be well received by the locals. 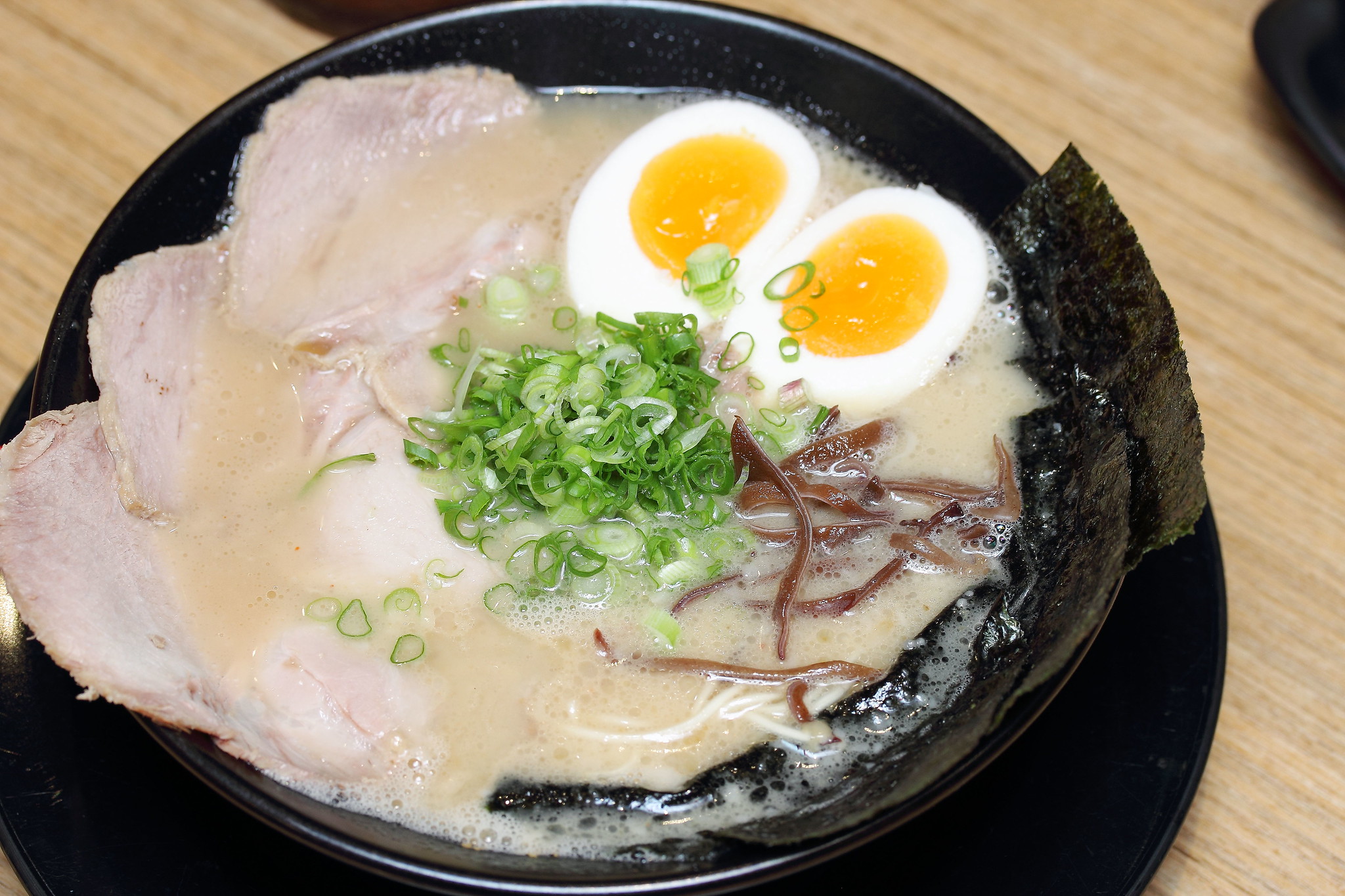 Once everyone in the group has reached, we started with the signature ramen of Hakka Ikkousha originated from Fukuoka, Japan. First was the Special Tonkotsu ($16) that comes with four huge pieces of pork slices and three pieces of seaweed. This is luxurious in a bowl with the robust broth and thin springy noodles. The creamy broth was simmered over a low heat for over 12 hours. I was told that during the boiling of the broth, the pork bones were actually changed in the process, a Ikkousha's secret. Well it is no secret anymore. 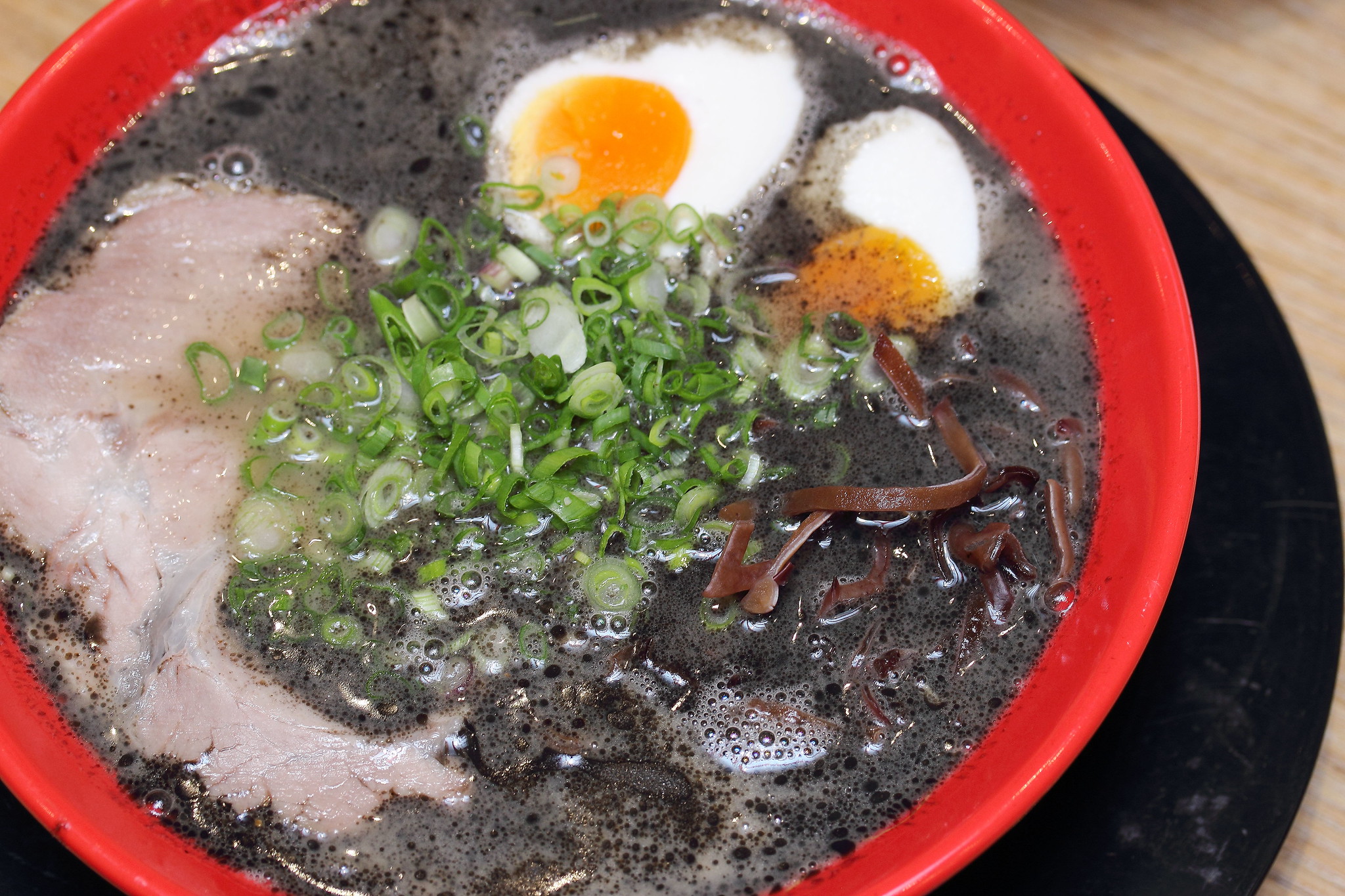 A favourite of mine at Hakka Ikkousha is the Black Tonkotus ($13.5). I like the aroma of the black sesame with the slurping good noodles. I was pleasantly surprised by the harmonious combination of black sesame with the tonkotsu broth. In fact, I thought it further enhanced the whole body of the broth. 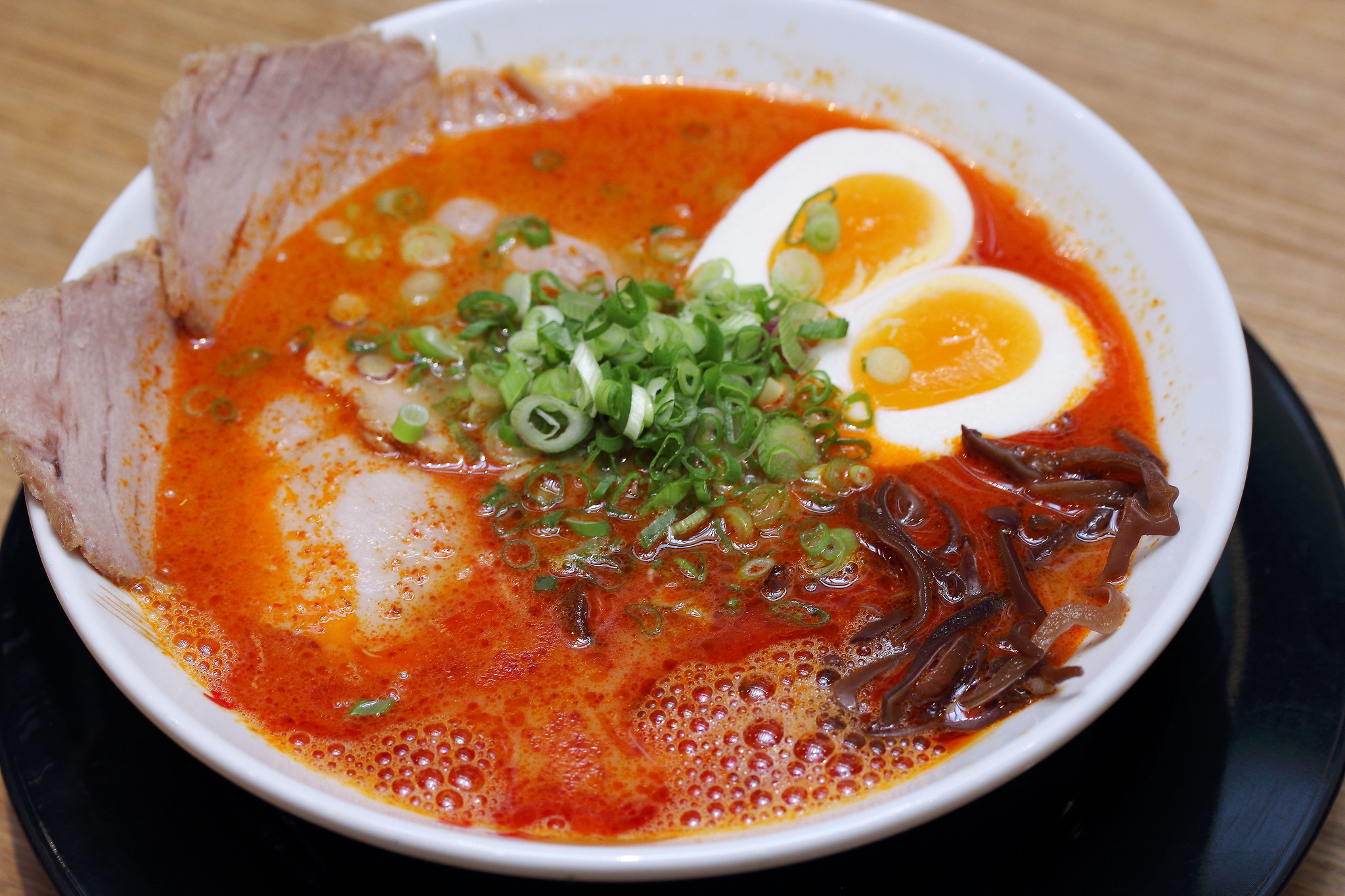 To suit the local's love of spice, Hakata Ikkousha has introduced the Spicy Tonkotsu ($13.5). To be frank I was skeptical about it because usually Japanese spice is not hot at all. However, I have to say the bowl of spicy tonkotsu has made the mark with its spiciness that will be liked by locals.

With all the inflood of ramen chains to the shore of Singapore, Hakata Ikkousha will be one of top in my lists for a comforting bowl of ramen with its robust broth, thin and springy noodles. No wonder it has won the votes of the locals and being crowned champion for two consecutive years.