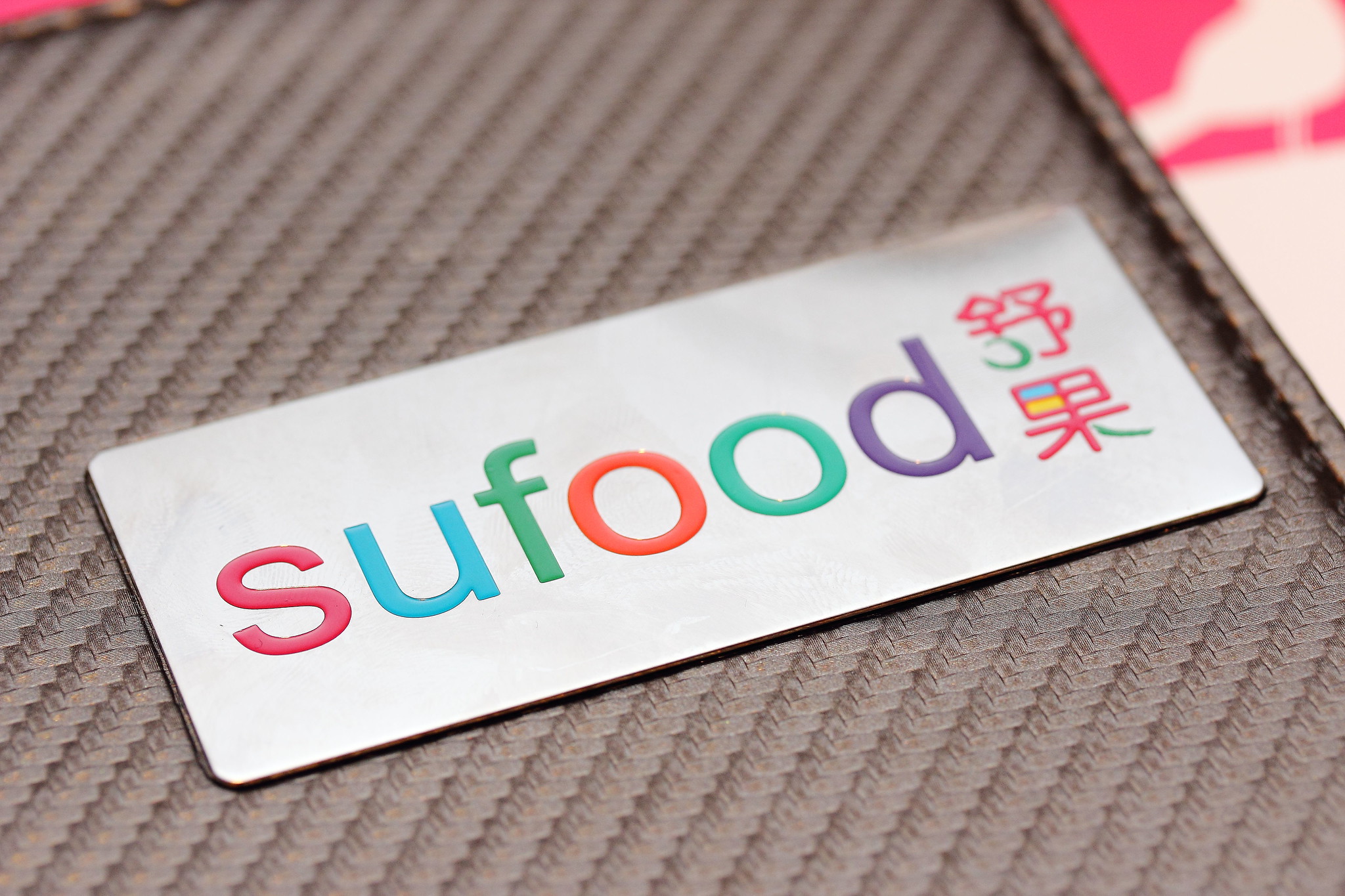 SUFOOD, a joint venture between Taiwan’s largest restaurant chain operator WOWPRIME and our local PUTIEN, opened the doors of its first outlet in Singapore at Raffles City in May, outside of Taiwan. Positioning itself as a new meat-free dining concept, Sufood focuses on freshness of ingredients and a clean-tasting palate.

Before the official launch of Sufood in Singapore, I read about it on the internet. I was quite intrigued by their Italian-inspired menu and their culinary creations. Labelling itself as meat-free rather than vegetarian, I feel Sufood has managed to detached itself from some of the old baggage that are usually associated with a very traditional Chinese/Indian vegetarian, or the usual western vegetarian style - mock meat, condiments, oily, or even too dull... 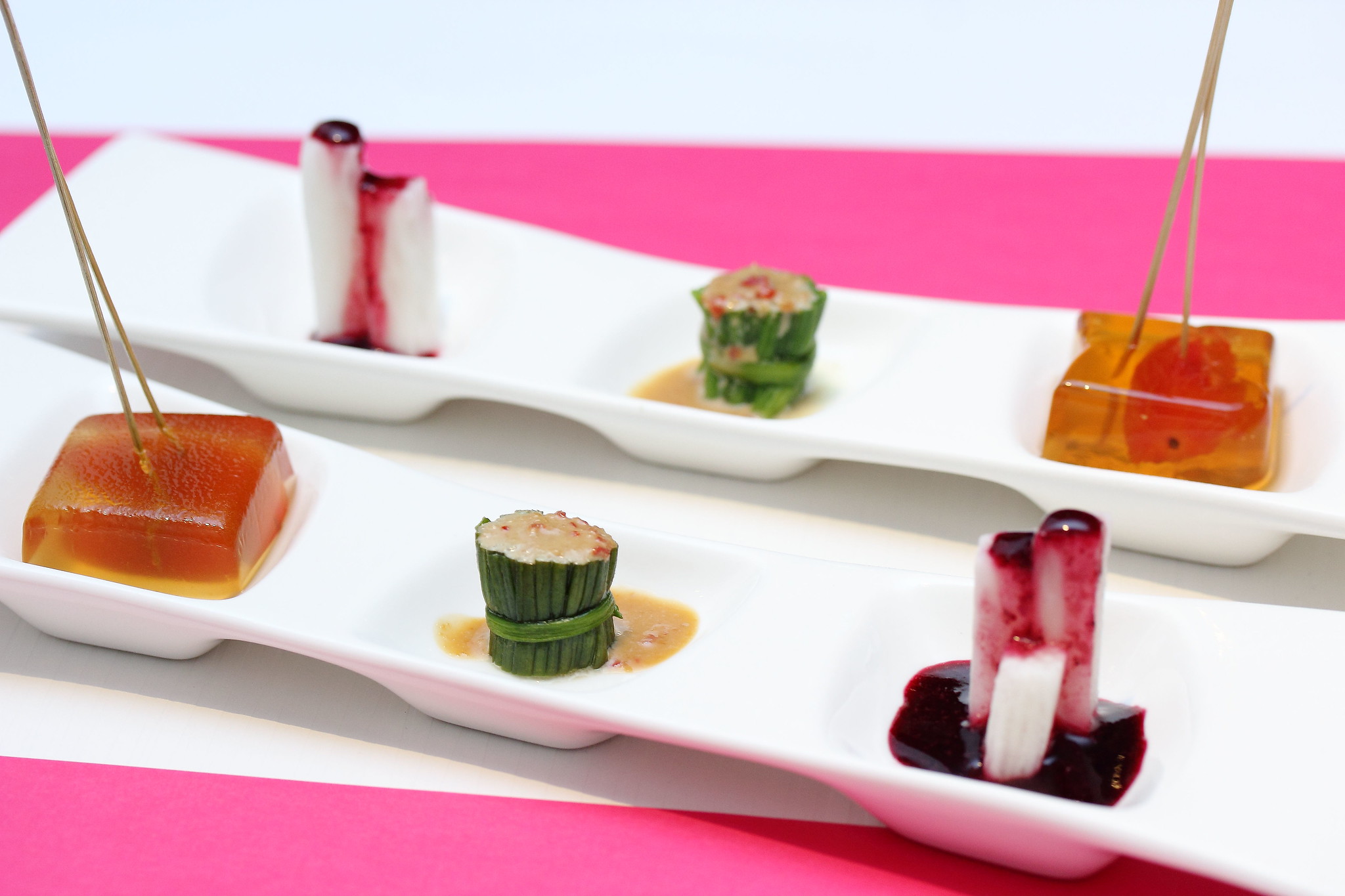 We started off with SUFOOD appetizer - a delicate trio of poached Japanese Yuca root drizzled with a blueberry coulis, a stack of oriental white water snowflake greens and a savoury cherry tomato jelly. Together with their Rosemary bread stick, these are complimentary. Visually pleasing, the 3 items were neatly placed adjacent to one another. We were told to start off with the Japanese Yuca, followed by the greens, then the jelly. I felt the blueberry coulis was too sweet, which overwhelmed the natural sweetness of the Yuca root. I left the jelly unfinished as it masked my taste buds with an aftertaste that you would normally get from eating a preserved plum. 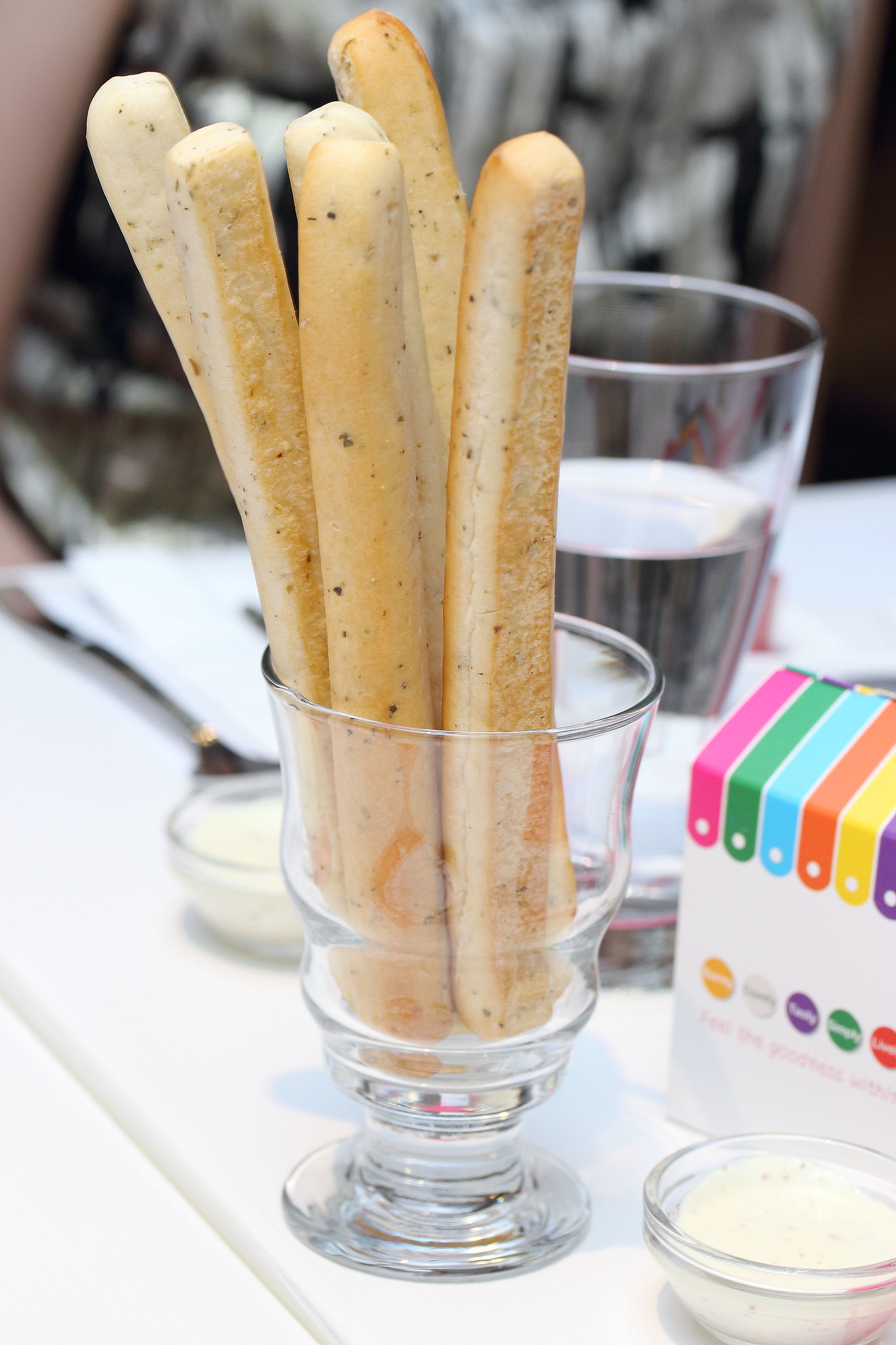 After clearing our appetising, we were served a fruit Vinegar. Known for its health benefits, vinegar drinks are widely popular in Taiwan. I thought it would taste a lot more refreshing if served chilled, rather than in room temperature. 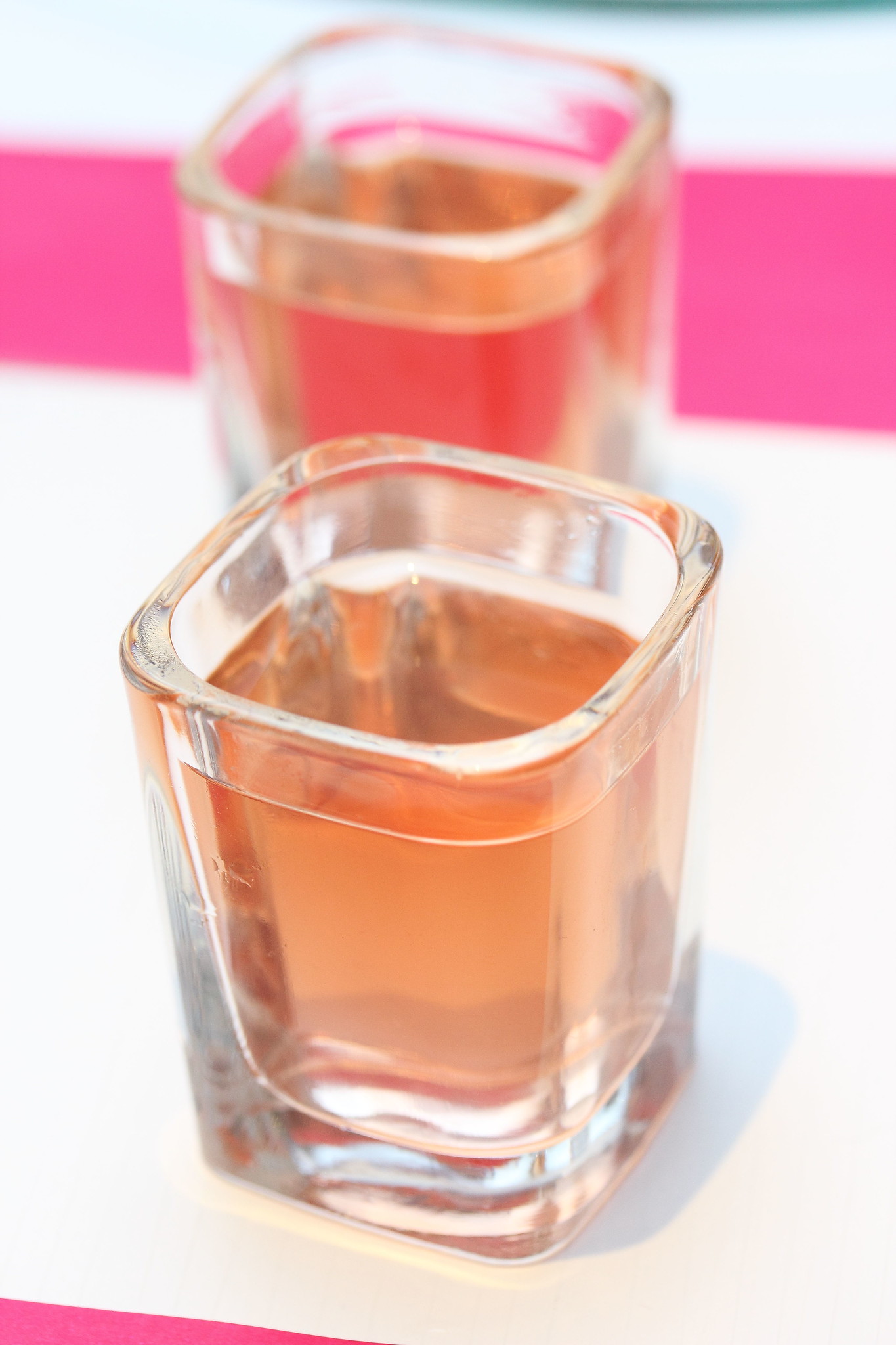 Salads was our 4th course. Out of the 4 choices, we chose Summer Salad and Mushroom Salad, with me requesting the vinegar dressings to be at the side for the mushroom salad. The salads continued the tone of the dinner - simple and clean. Personally, I felt the Summer Salad was too plain, with a few celery and carrot sticks, plus a few cubes of other seasonal vegetables with the typical thousand island dressing. Perhaps it was because that was exactly how I normally eat my greens - blanched, little or no seasoning, hence both salads did not excite my taste buds. 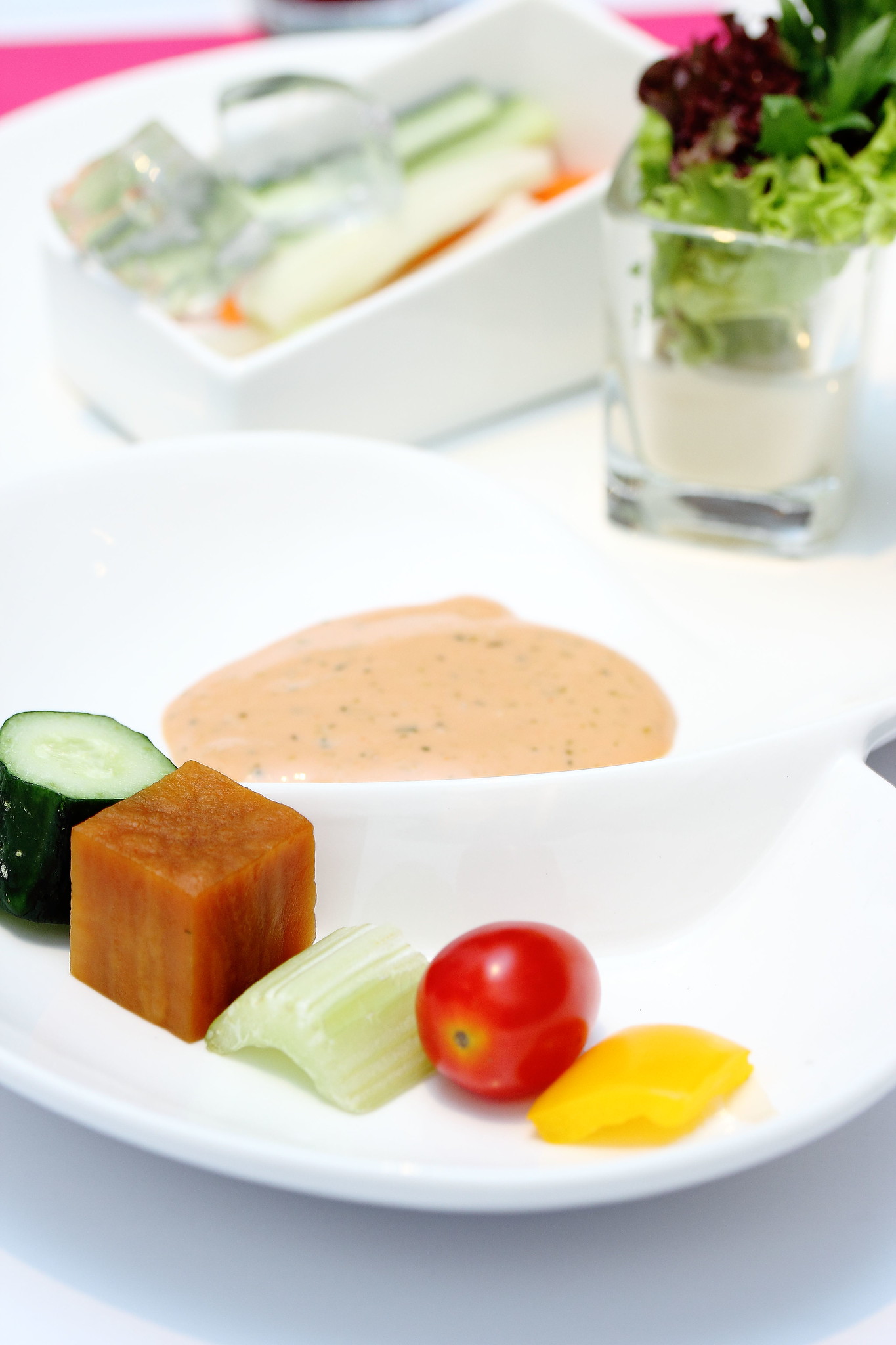 To warm our stomach before the mains, we had the choice of Oriental and Western soups. We chose the Cream of Pumpkin Soup, as well as the Cabbage and Sweet Potato Stew. For diners who do not like cream mixed in their soup, the Pumpkin Soup will definitely suit their taste. Only a little drizzle of cream on top, the Pumpkin Soup was purely pumpkin puree, containing its natural sweetness. I found it really comforting. As for the stew, since no meat was used, it lacked the body of a good broth. Though it was prepared without MSG, I found it too salty after a few mouthful of it. 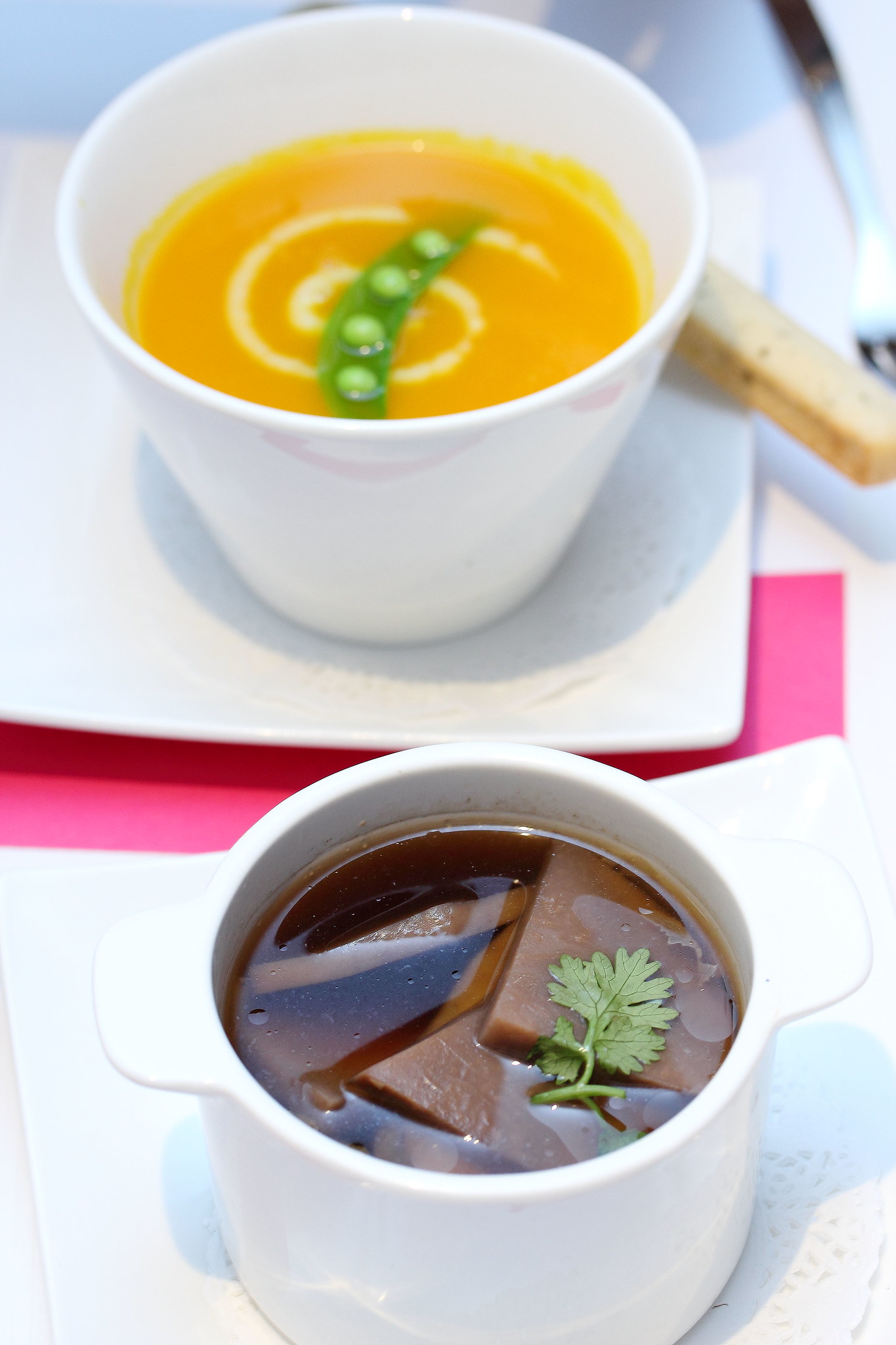 And now the mains. With 10 items on the menu, and everyone of them looking so enticing, we were totally spoiled for choice. Italian - inspired, the mains include pizza, pasta, baked macaroni etc.. And if you are a huge fan of mushroom, this range of offerings is for you. All items have mushrooms at their key ingredients! I guess one of the tricks to a good meat-free and 'clean' meal is the use of mushrooms. I learnt that embedded in this ingredient is the Unami taste - delicious and savoury, a taste which we can find in a good broth, soup or a piece nicely cooked meat. 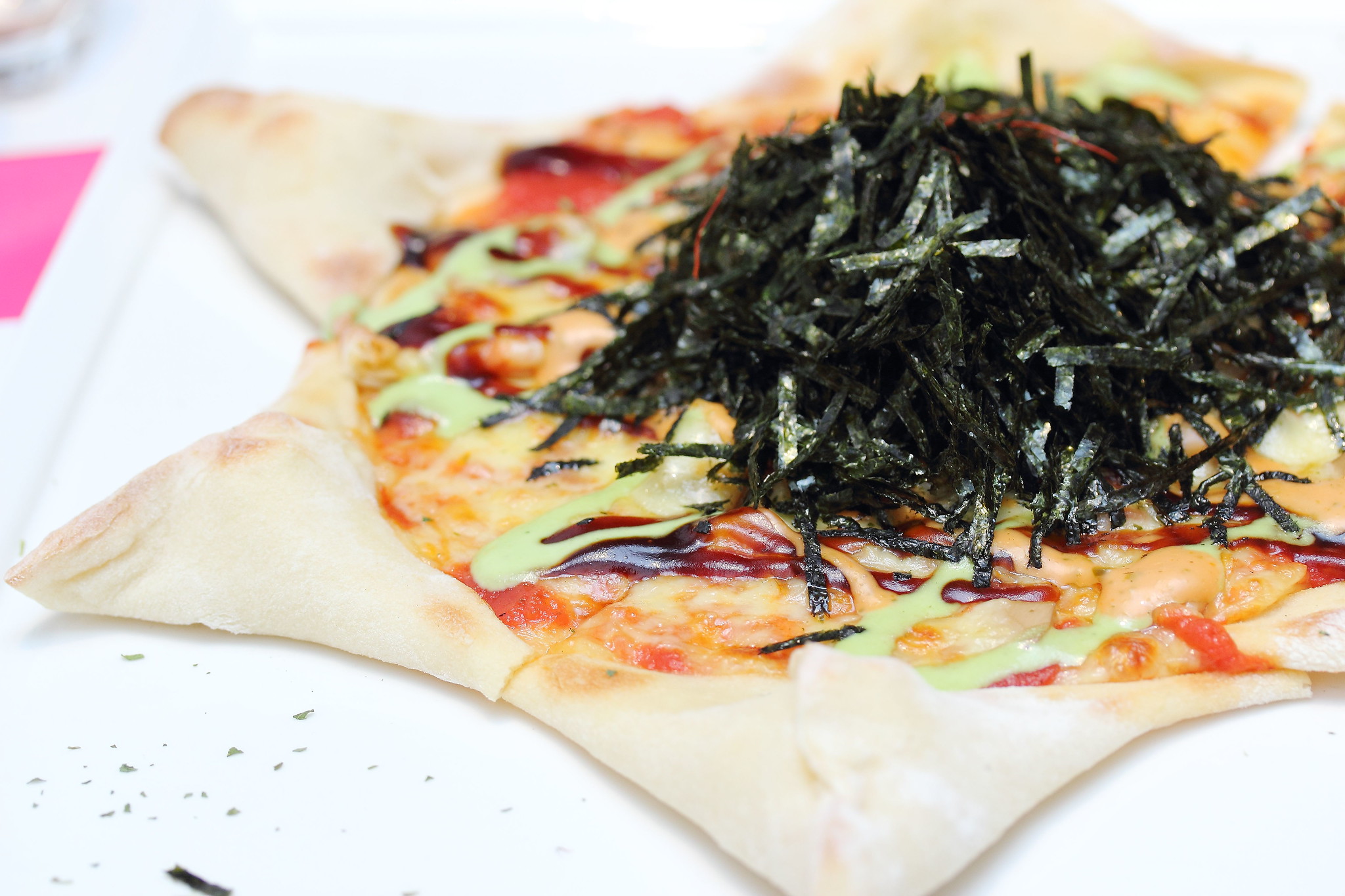 We finally settled with Star Pizza (filled with oyster mushrooms, cream cheese and mustard sauce, topped with seaweed) and Baked Potato Al Fungi (Steamed King Oyster mushrooms drizzled with Italian herb vinaigrette + a slice of baked potato, topped with stir fried Button mushrooms, cherry tomatoes and a layer of melted cheese). The portions for both dishes were extremely generous, not meant for one serving. I know that diners usually have this bad habit of discarding the crust of a slice of pizza after munching off the cheesy portion, but please do not so for this Star Pizza! Because embedded in the folded crust was the cream cheese, which really harmonised the overall taste of the pizza. I like the use of Japanese seaweed and mustard sauce (similar to wasabi), which are uncommon for pizza. 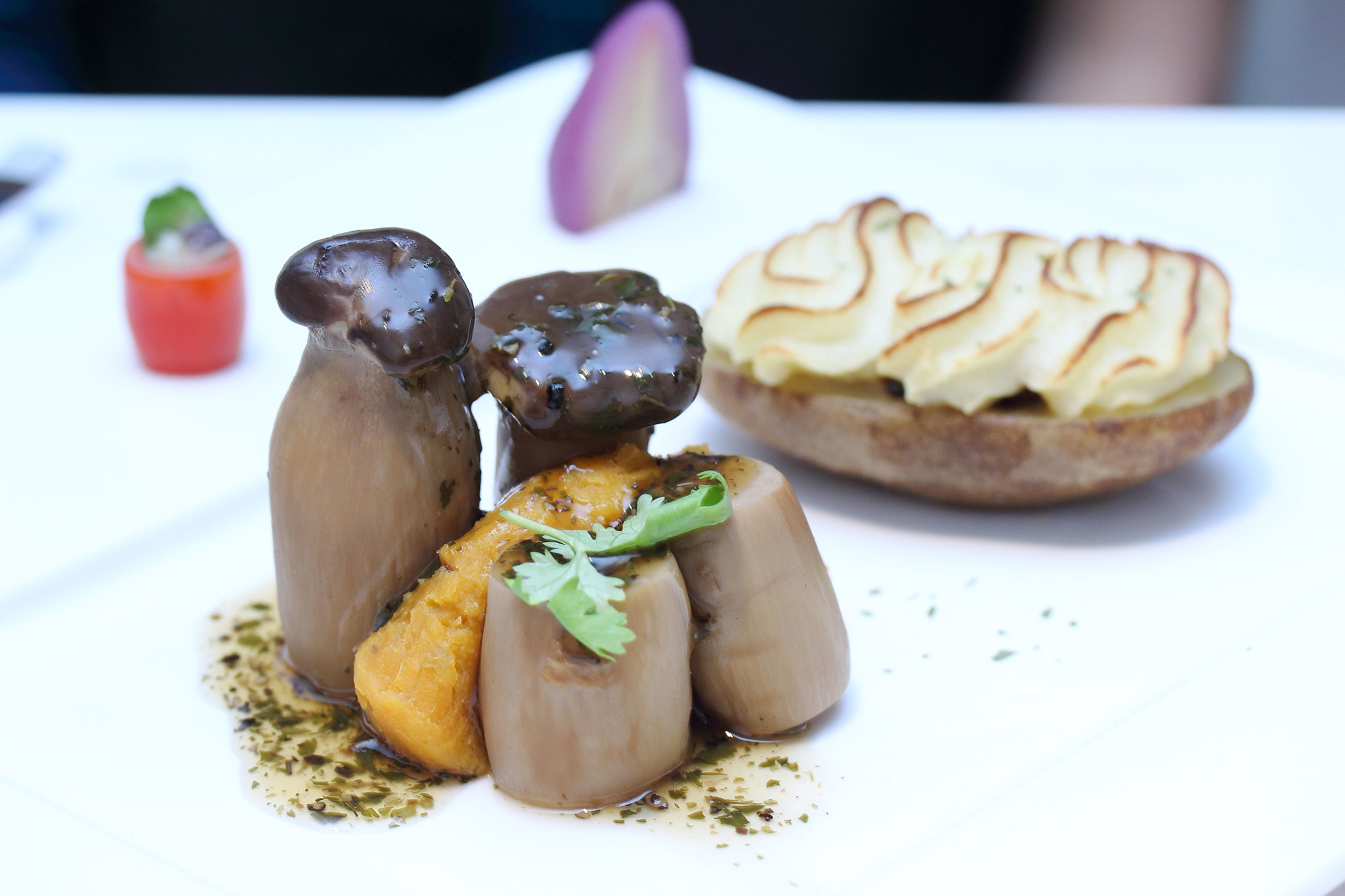 I had such a great time slicing the King Osyter Mushrooms! Something which I do not usually have, it has a nice herbaceous smell, similar to Tea Leaf Egg. With just the vinaigrette drizzled over, I got to taste the natural flavour of the mushrooms. The baked potato was also quite well done, with the layer of weaved potato on top baked till crisped. Overall, I felt there was a good balance of taste and richness, with the lightness of the mushroom balancing the richness of the baked potato. 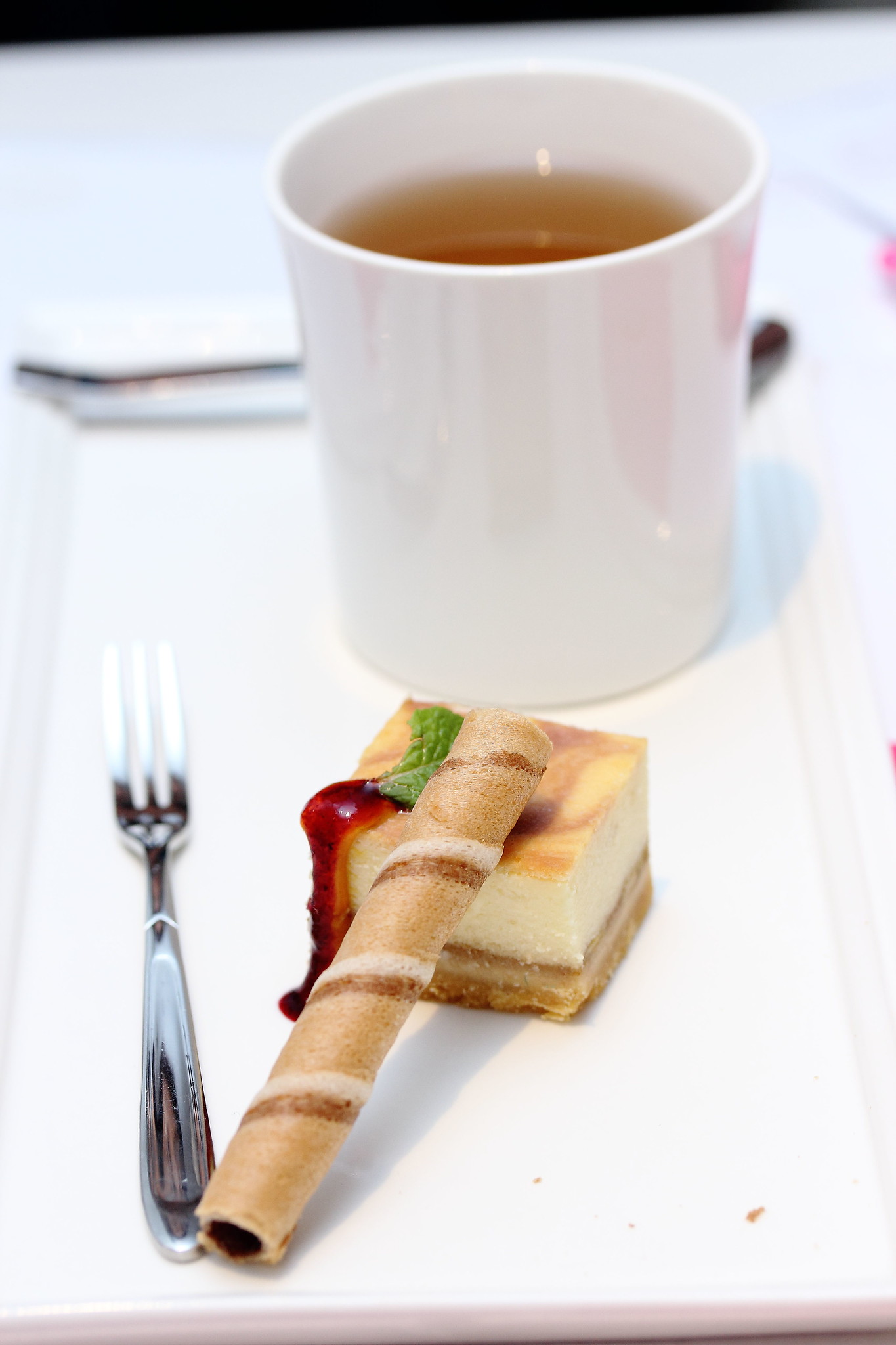 To end the night, we had Vanilla Ice cream with Hot chocolate sauce, and a piece of Banana Cheesecake. Perhaps, desserts are not their forte. Juices and tea were served together with their desserts. Interesting selections of juices, with no artificial sweeteners I was told. 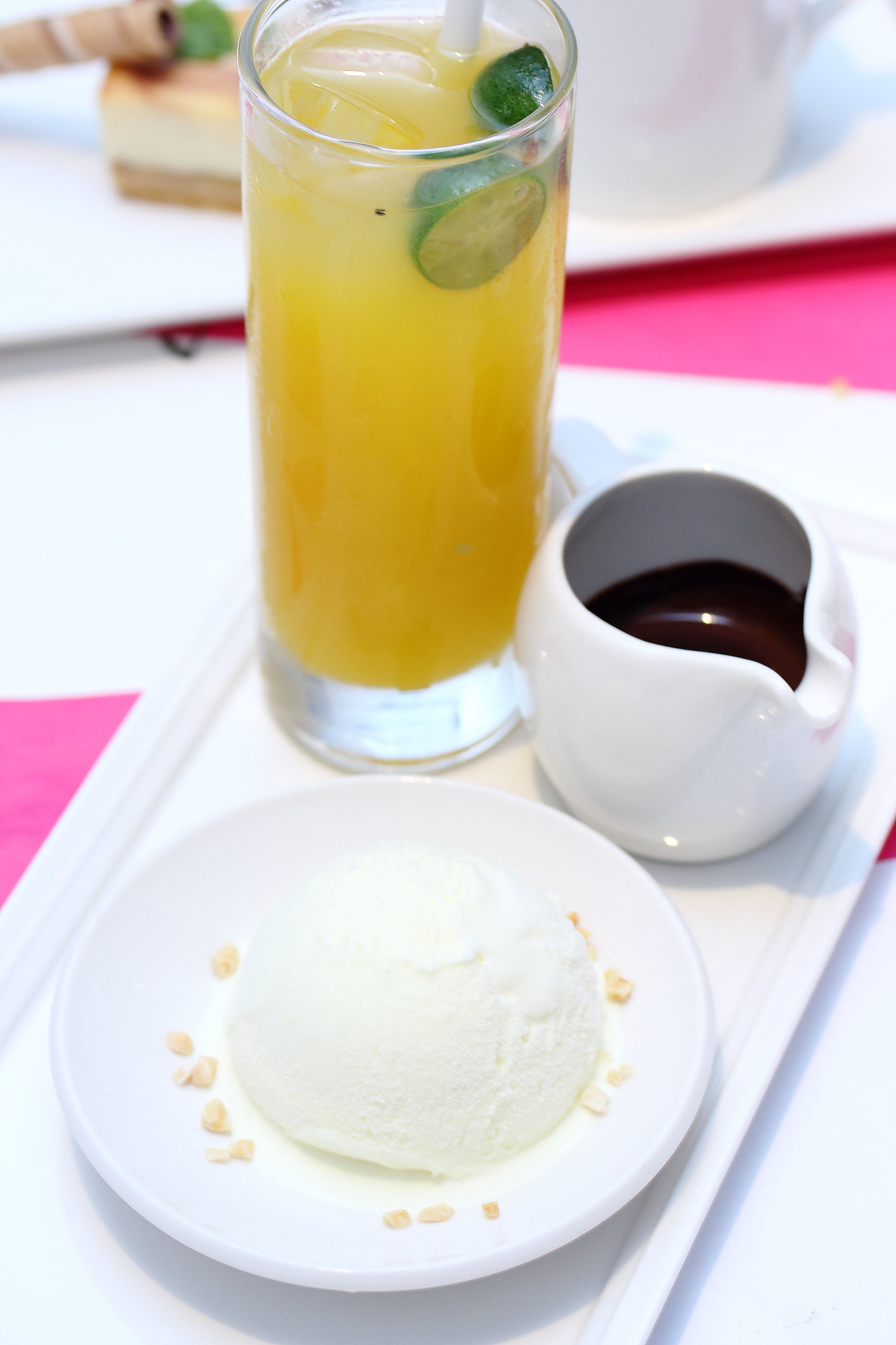 After the entire 8 course, I was really filled to the brim. Though no meat was used, the cheese and carbs were really filling, something that I did not expect from a meat-free menu. But bearing in mind that it is an Italian-inspired menu, we can't get away with cheese and carbs. When I left the place, I felt I had just visited a mushroom farm. Although the dishes are quite creatively designed and presented, I feel the use of ingredients can be more adventurous, if not, more varieties. For an experience of a clean, meat-free meal, with visually pleasing presentations, 25 dollars++ for a full 8 course meal is worth a try. Furthermore, centrally located at Raffles City, it is a great option for a Friday night dinner, before the start of a more 'intoxicating' weekend.

Written By: Si An. A lady who has travelled the world with her adventurous palate seeking out good food and fine wine.

Direction:
1) Alight at City Hall MRT station. Take Exit A. Walk to destination. Journey time about 3 minutes. [Map]
Posted by DerrickTan at 6:30 AM