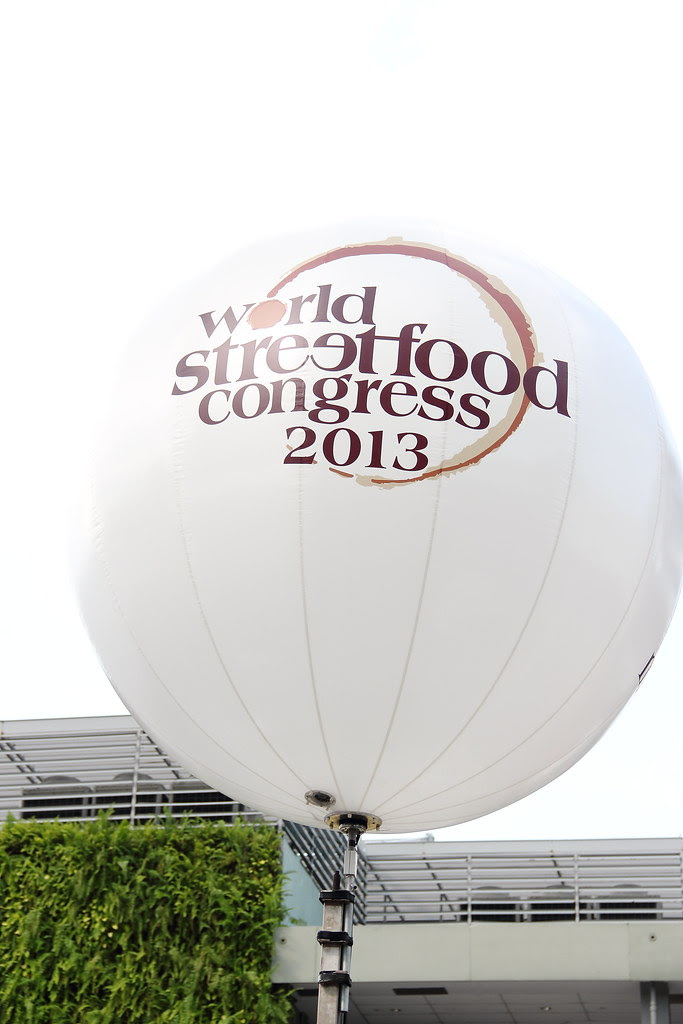 After Savour 2013 and World Gourmet Summit 2013 in April, the folks from Mankansutra has brought together 37 stalls from 10 countries in the first ever World Street Food Congress 2013 in Singapore in a 10 days event from 31 May 2013 to 09 June 2013 at the F1 Pit Building and Paddock. 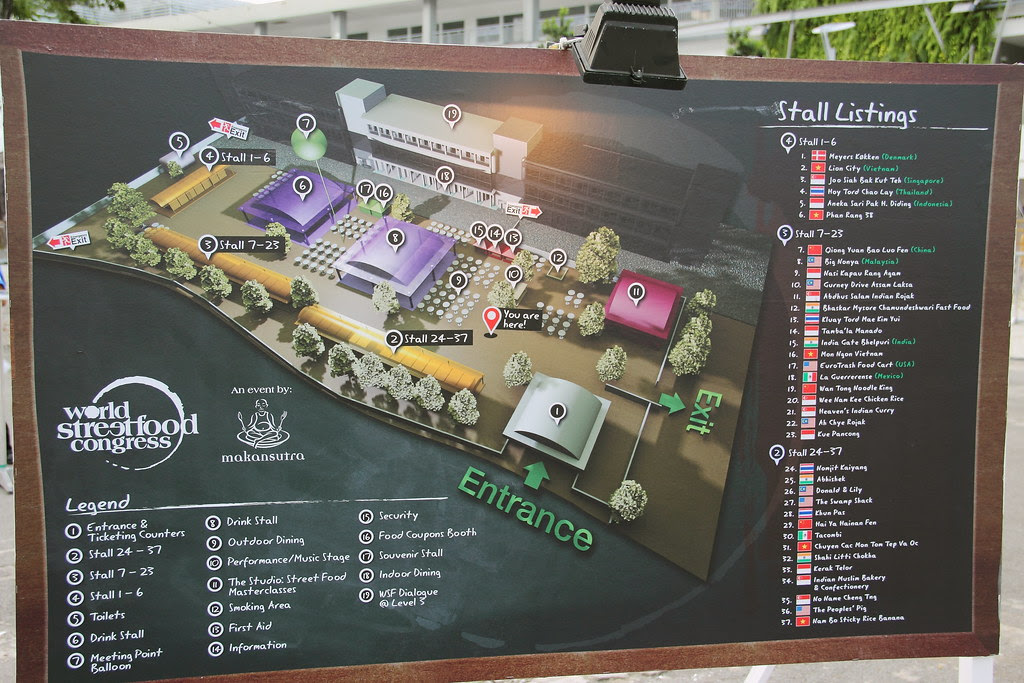 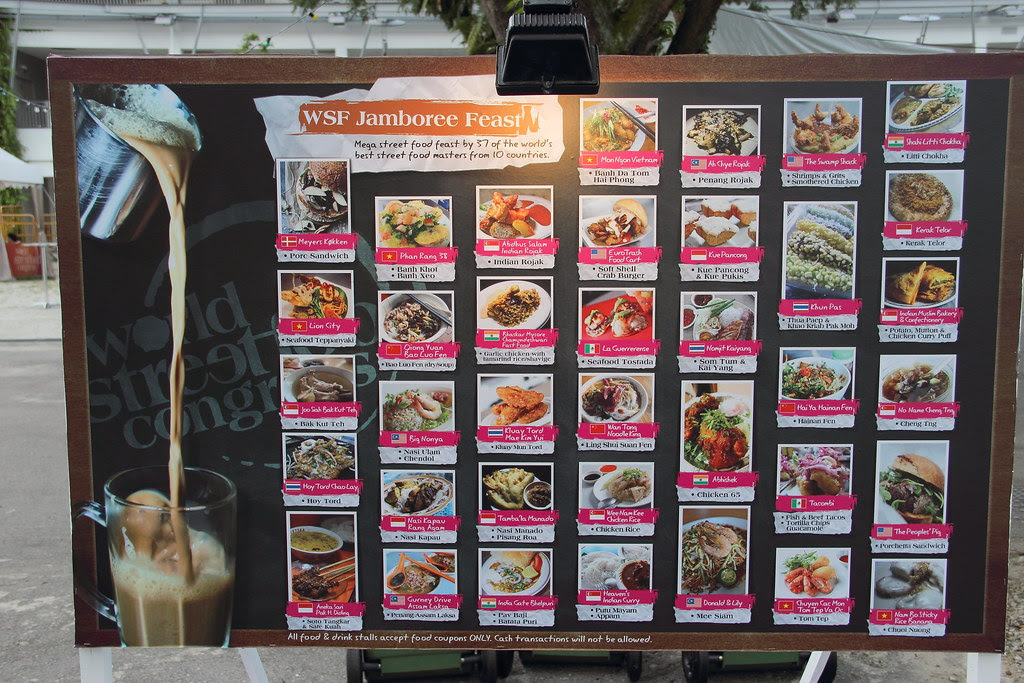 There is 2 large boards near the entry that shows the map of the venue, stalls location and the street food representing their stall/country. 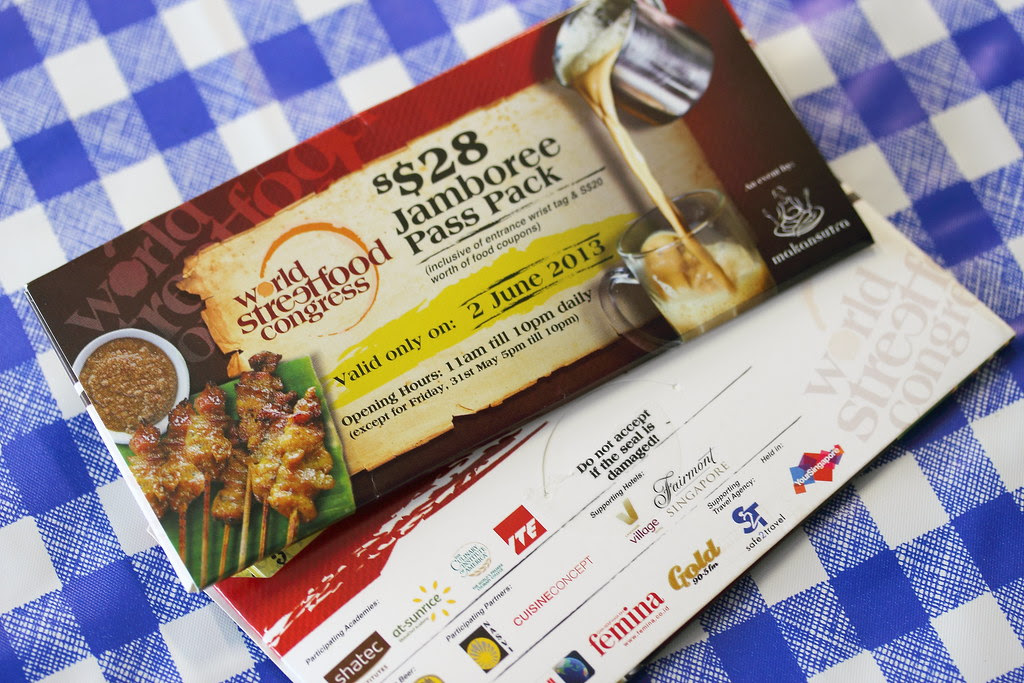 The entry fee is $28 but $20 of it is food coupons for food purchasing. There are also kiosks to sell the food vouchers as well as souvenirs. 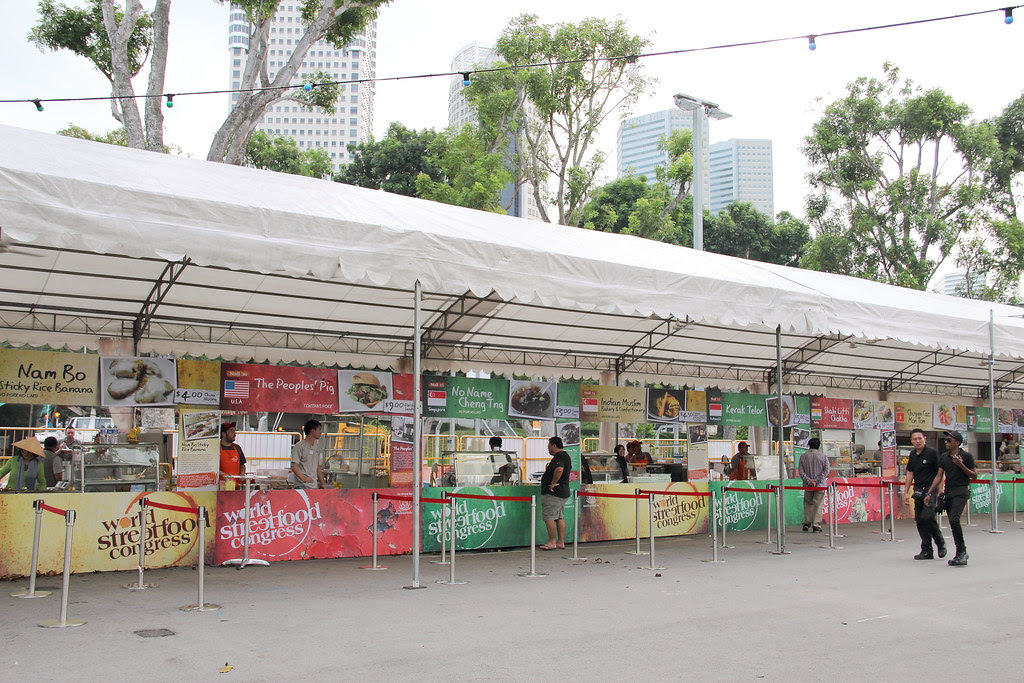 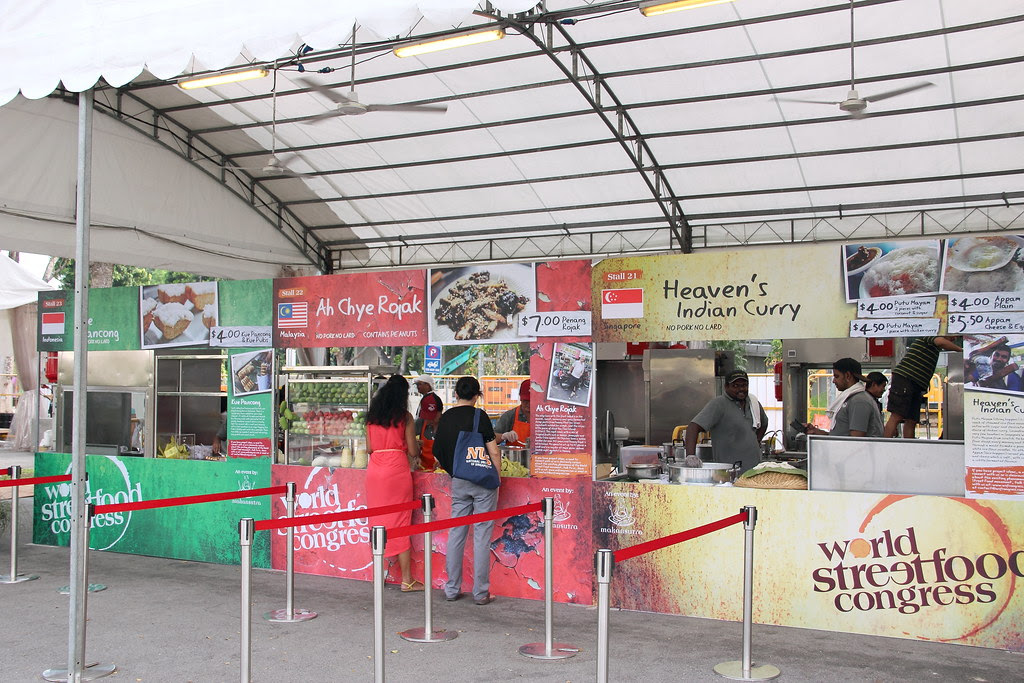 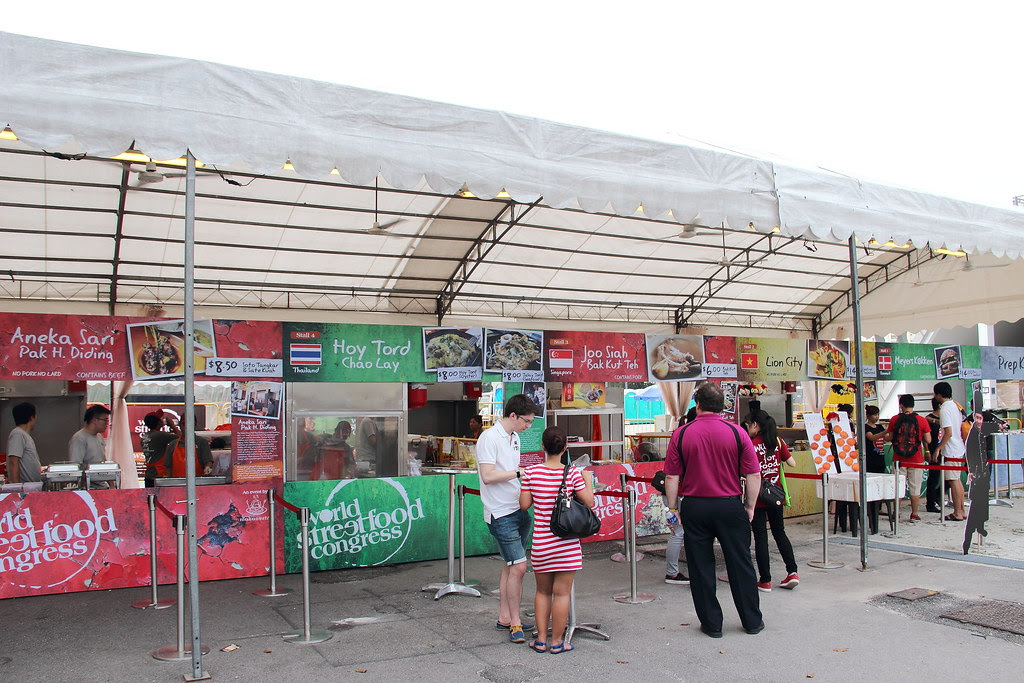 I was there on Sunday 02 Jun 2013 around 4pm. There was not many people. However I did notice the crowd started to turn up around 6pm when I left the event. 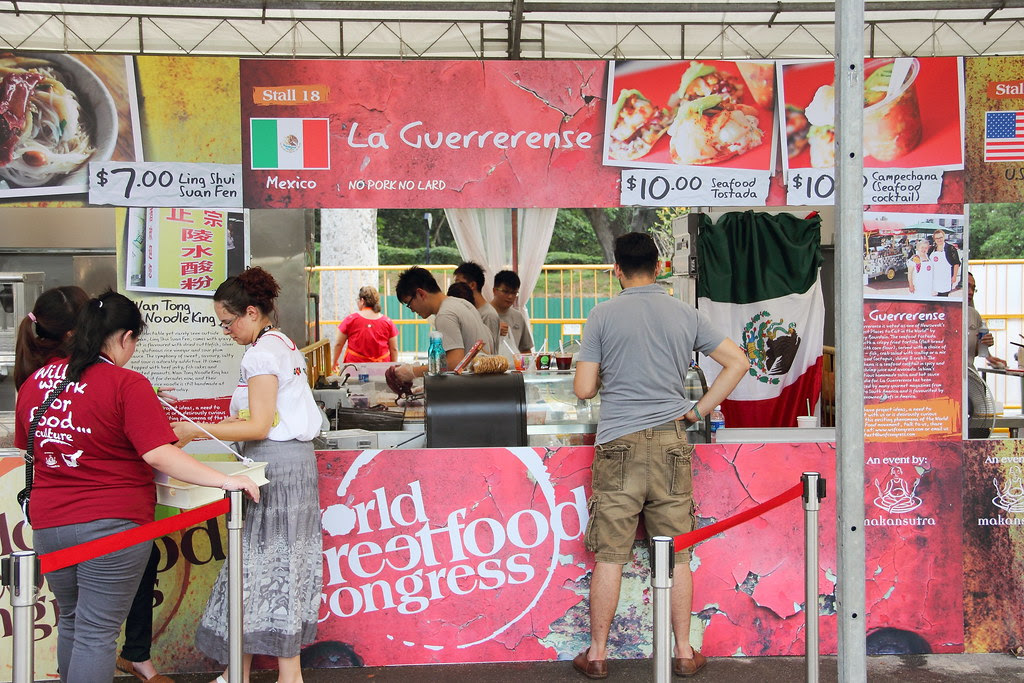 La Guerrerense from Mexico is the first stall I want to check out at the jamboree. La Guerrerense is from a coastal town in Ensenada selling its legendary fish and shrimp tacos and ceviche for about half a century. Anthony Bourdain has also nominated her for Newsweek "101 Best Places to Eat in the World". In July 2012, LA Street Food Fest, La Guerrerense is awarded the highest prize beating over 100 competitors from restaurants and street food stands. Their Tostada with sea urchin, pisto clam, salsa and avocado also earned the "Best Original Dish" award. 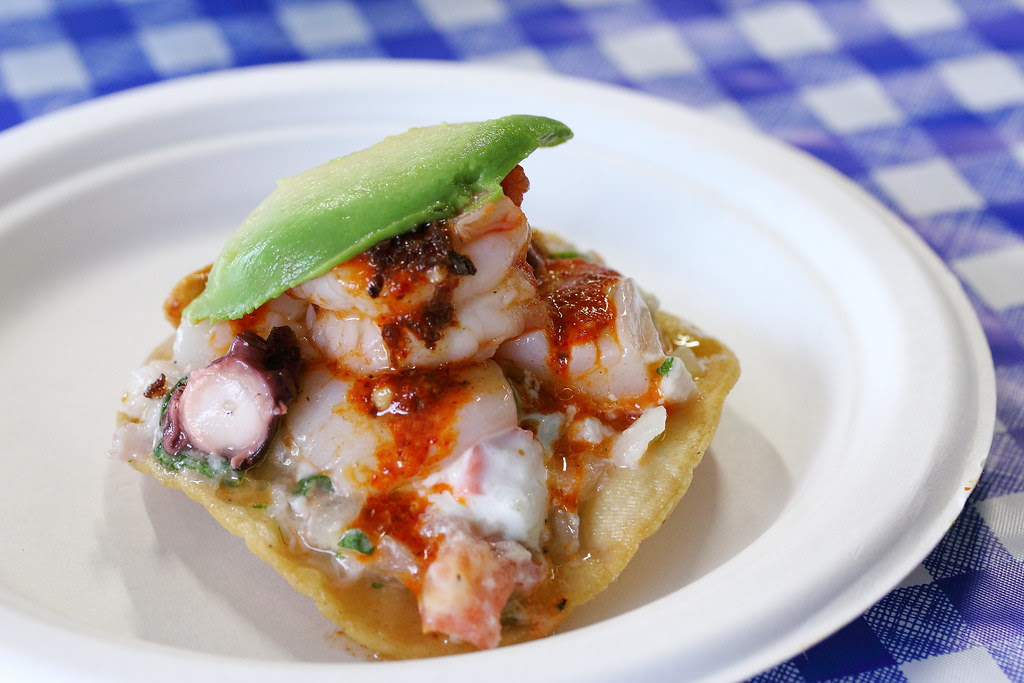 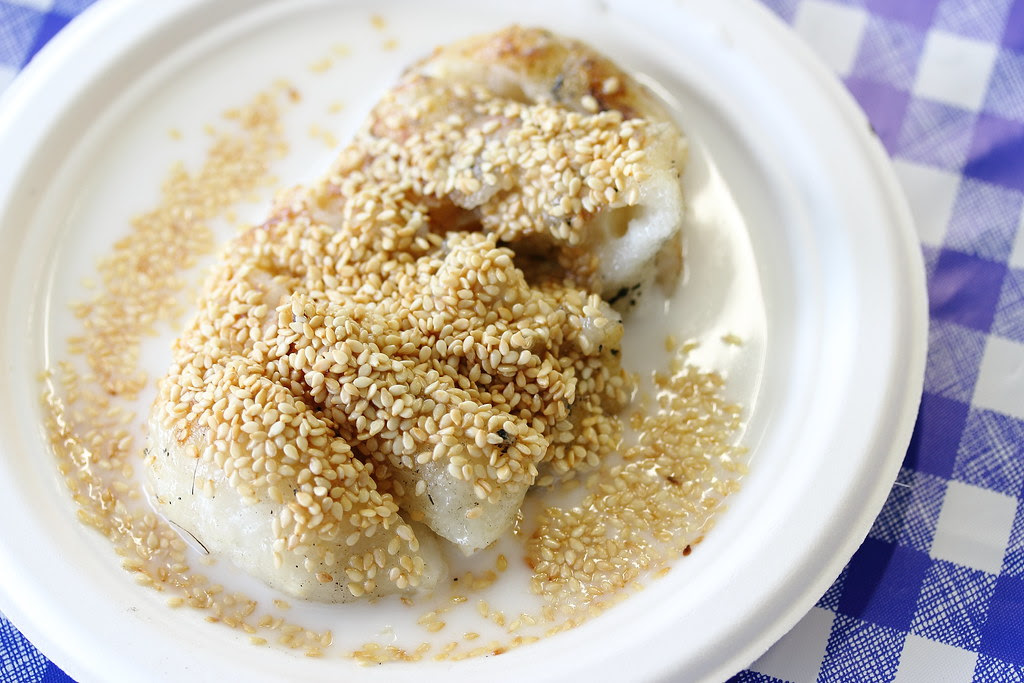 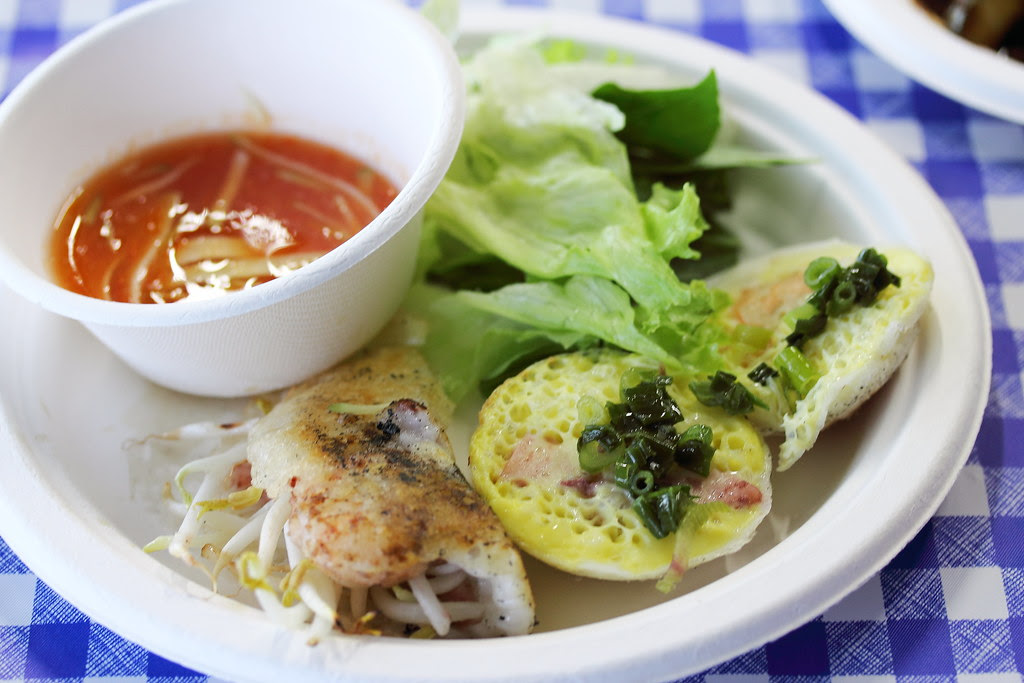 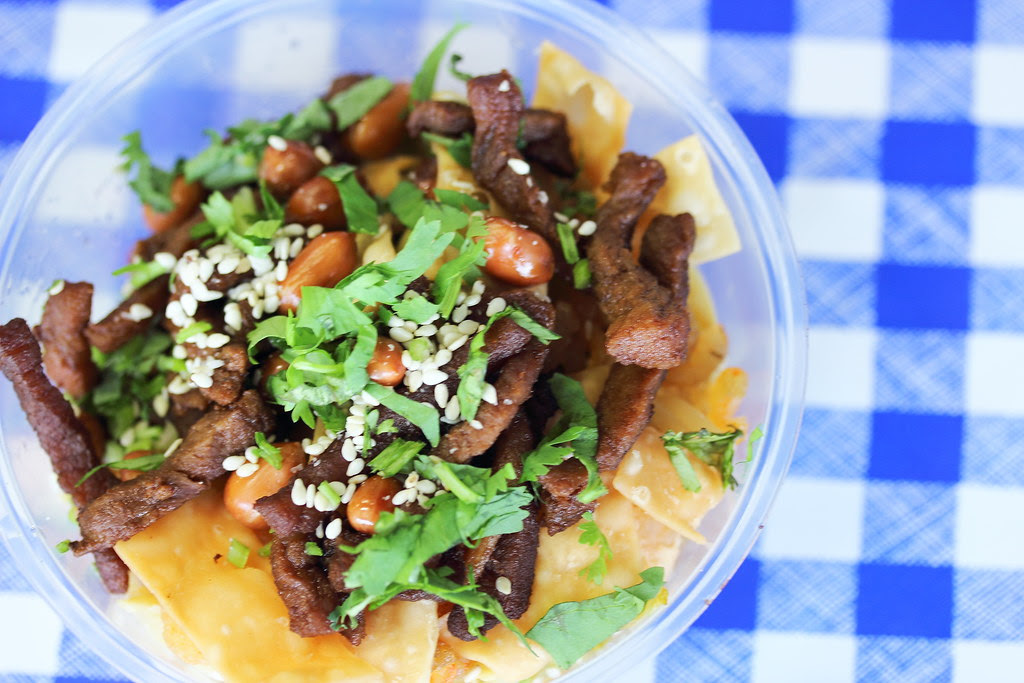 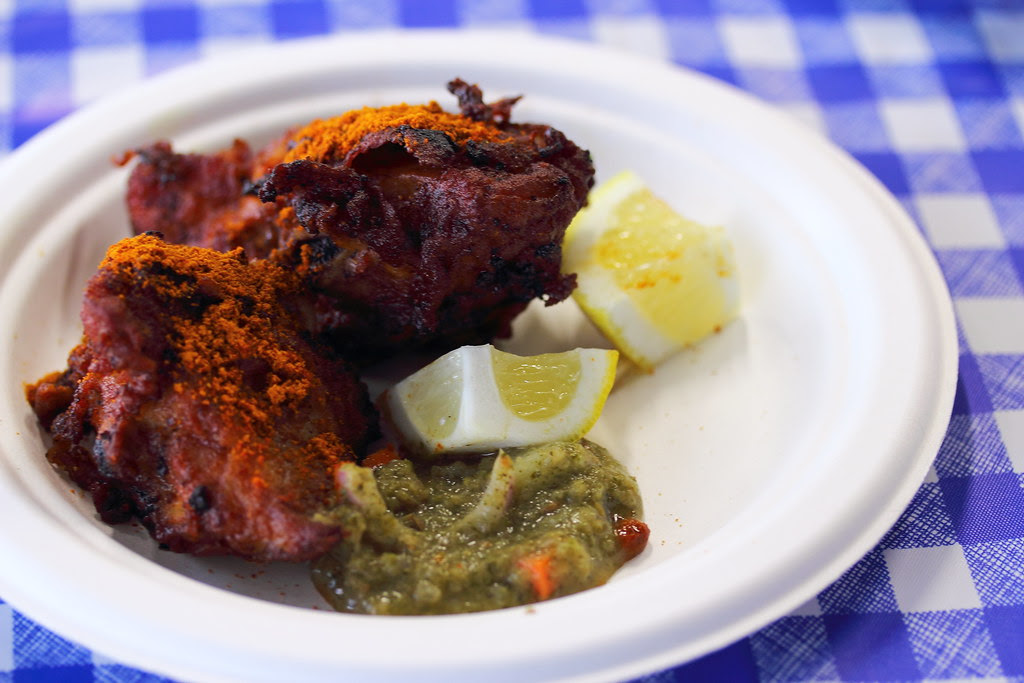 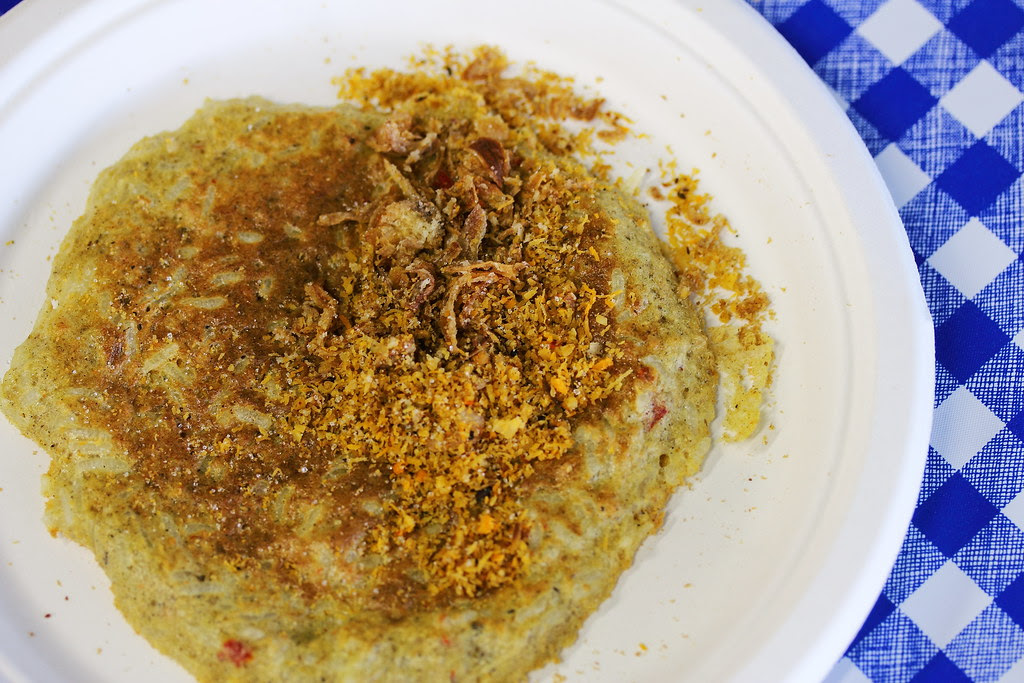 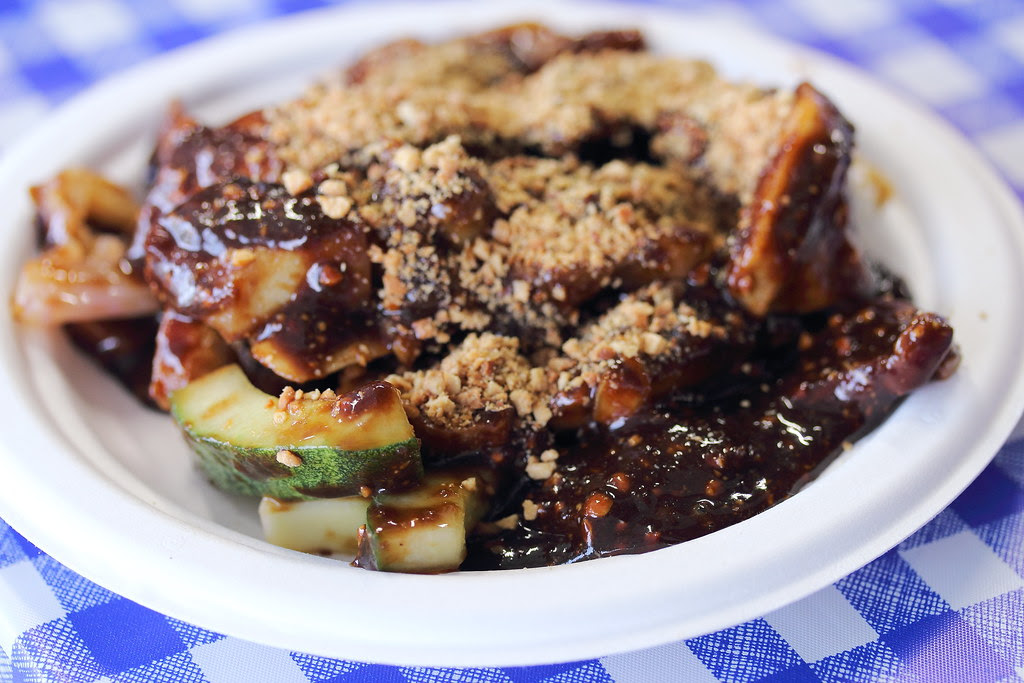 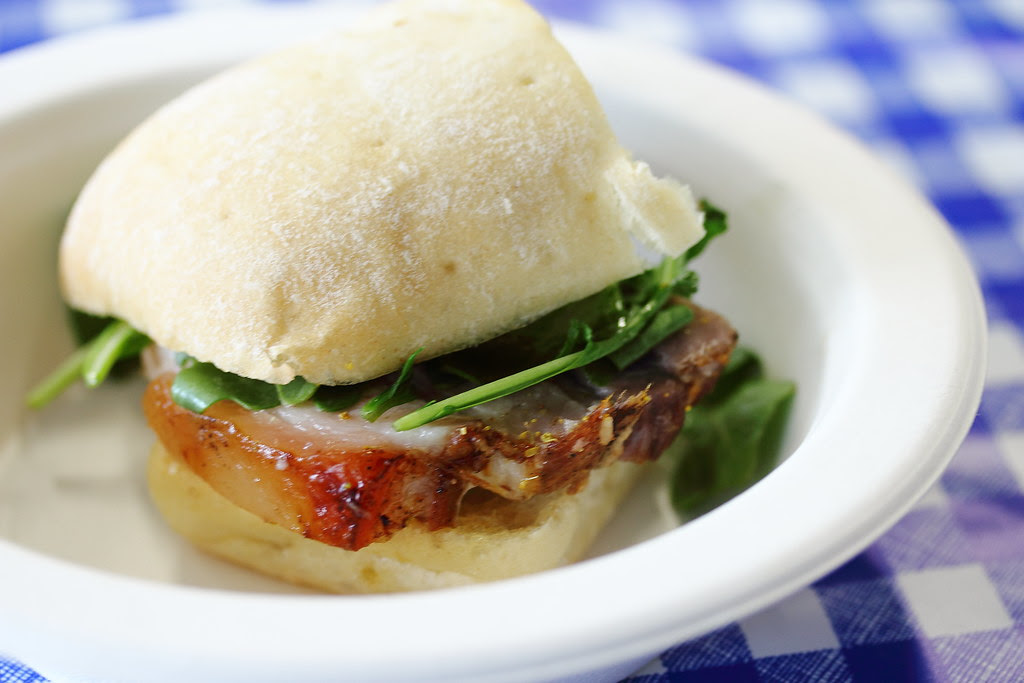 There are a total of 40 dishes offered from the 37 food stalls at the 10 day World Street Food Jamboree. The dishes are quite pricey. Most expensive from Meyer Kokken (Demark) selling their sandwich at $14. For budget eat, go for the Indian food stalls with dishes at $3.50. Among the street foods I tried, I would recommend La Guerrerense (Mexico)'s Seafood Tostada (unfortunately no sea urchin) and The People's Pig (USA)'s Porchetta Sandwich.