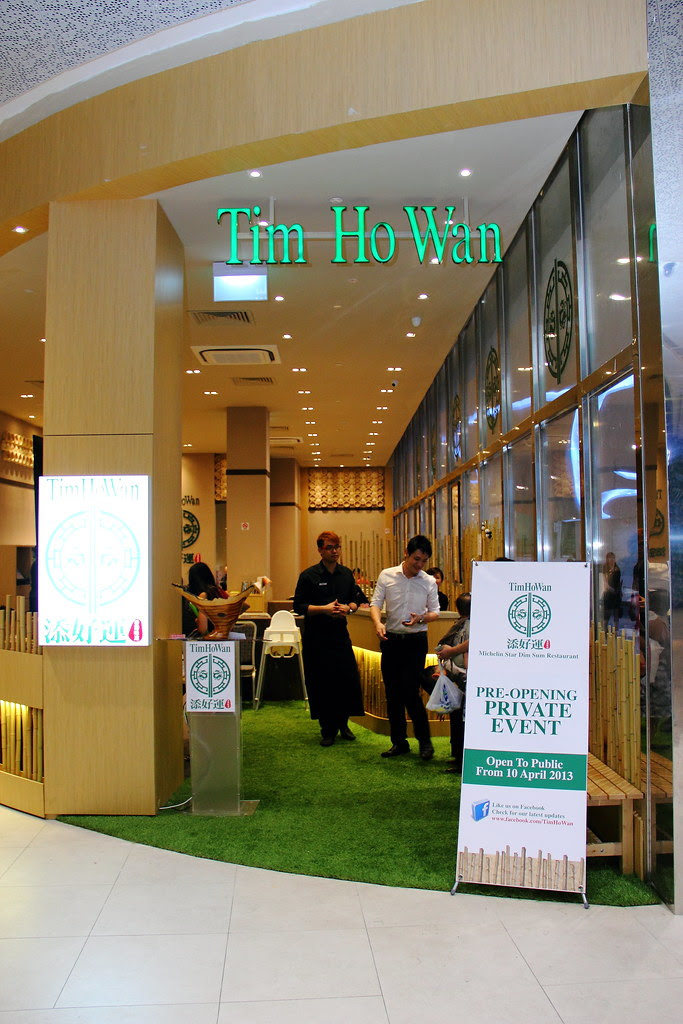 There was a lot of excitement and anticipation this week in the local F&B scene with the opening of the Hong Kong's renowned Michelin Star Dim Sum Restaurant, Tim Ho Wan (添好運) at Plaza Singapura Singapore on 10 April 2013. I am excited because I have not tried the dim sum in Hong Kong and I am glad that Chef Mak has decided to bring it to Singapore. Now I can just hop on a MRT instead of a plane to savour the famed dim sum of Tim Ho Wan. 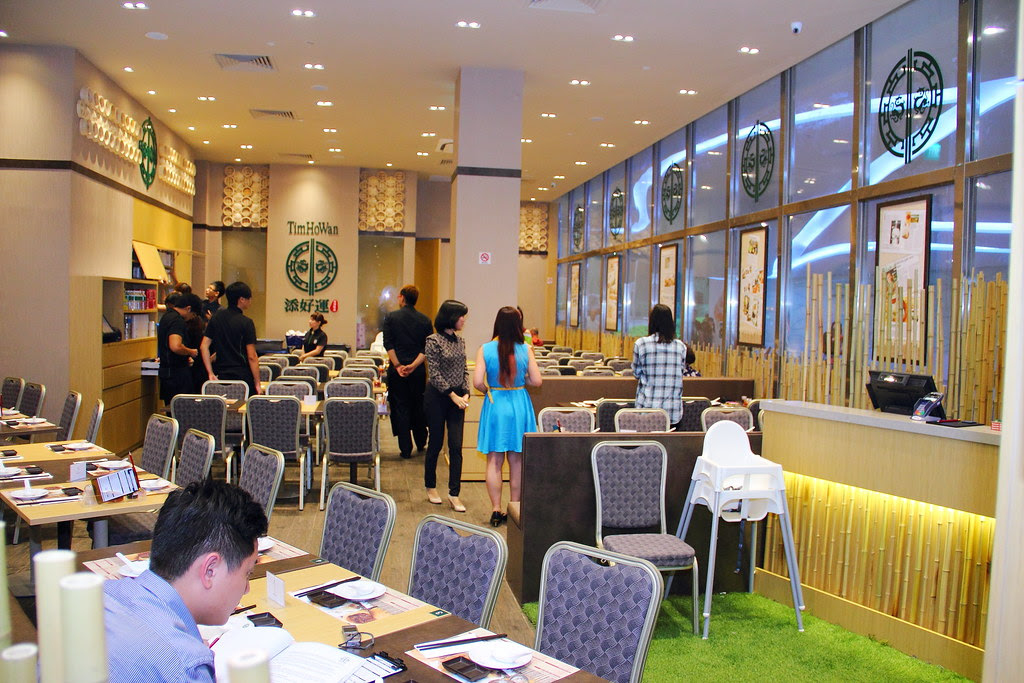 The restaurant at Plaza Singapura is divided in two sections. A dine-in area that can sit up to 100 customers and a takeaway counter that offers an express service for customers who wish to bring home their favourite dim sum.

There will be no reservation at Tim Ho Wan Singapore. It will follow the practised by its predecessors, seating will be on a first come first served basis. The restaurant also implemented a queue and SMS system if the waiting time is too long. Patrons can get a queue number, go shopping and be notified via SMS when their table is ready. 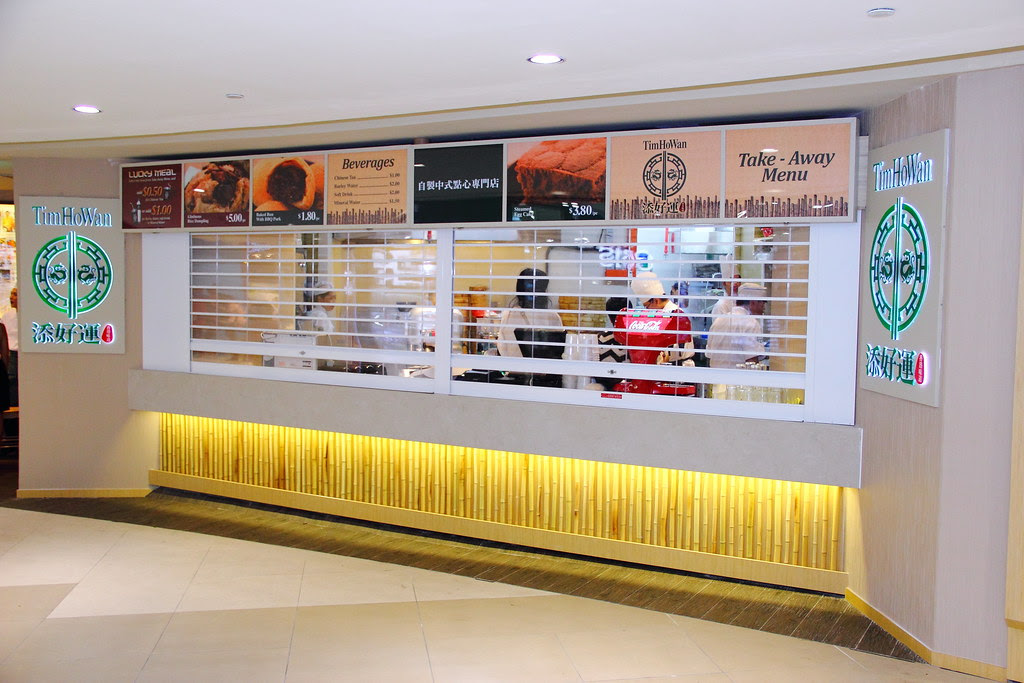 In Hong Kong Cantopop, there is Four Heavenly Kings (四大天王) namely Jacky Cheung, Aaron Kwok, Andy Lau and Leon Lai. At Tim Ho Wan Hong Kong also has its famed Big 4 Heavenly Kings (四大天王) which is a must order. They are the famous Baked Bun with BBQ Pork, Steamed Egg Cake, Vermicelli Roll with Pig's Liver and Pan Fried Carrot Cake which are also available at the Singapore branch. 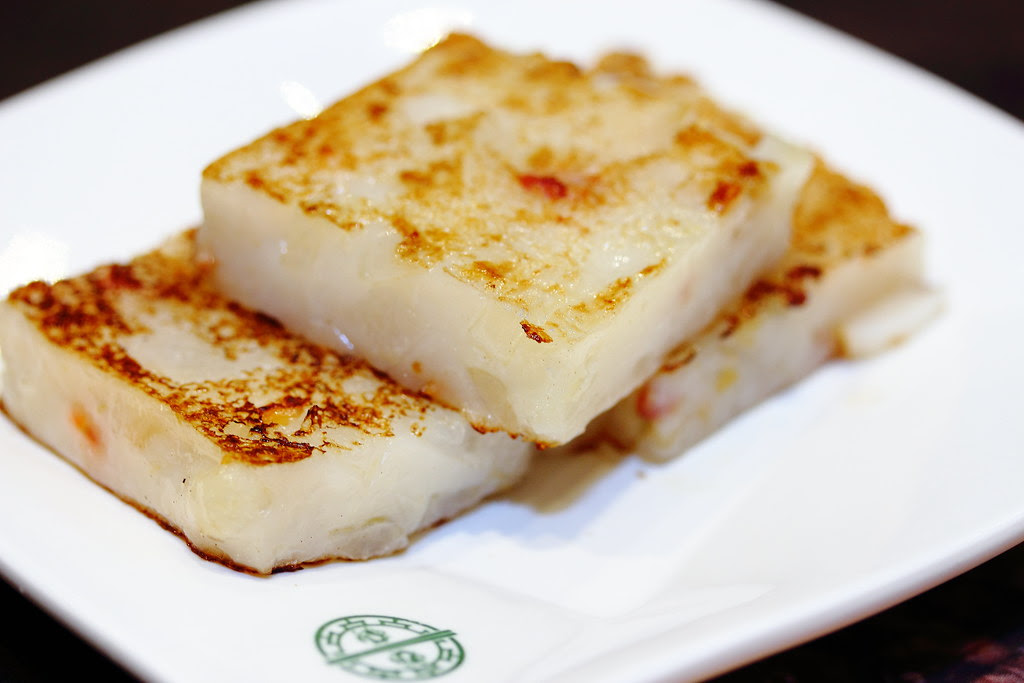 In one of Chef Mak's interview he correctly pointed out that Singaporean prefers fried stuff which is why there was mix opinions with the Pan Fried Carrot Cake ($4.50 for 3pc) at my table. Some of us prefer the fried style where the carrot cake is more crisp and firm. I am the opposite. I like my carrot cake steamed. I thought the pan fried carrot cake was well executed with a nice layer of crisp on the exterior while the inside was still soft and moist with shreds of radish. 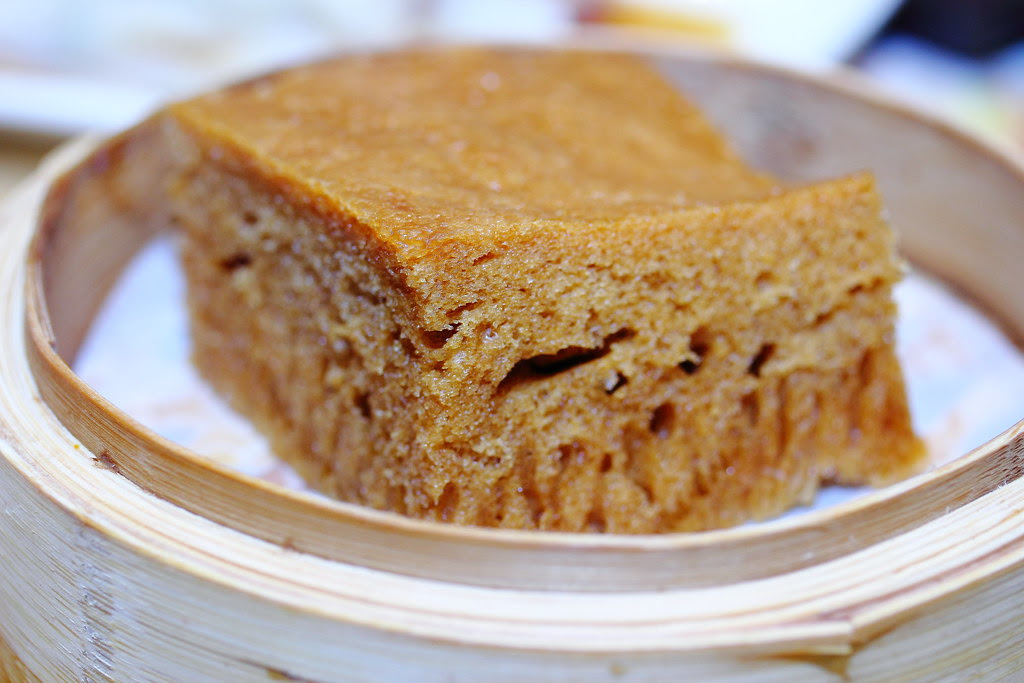 Resembling the Chinese Steamed Cake (Huat Kueh), the Steamed Egg Cake ($3.80 for 1pc) was surprisingly very good. A distinct egg taste which felt like eating Tamago while the texture was light and spongy like a cake. This is one of my favourite because I have not eaten anything like it elsewhere. 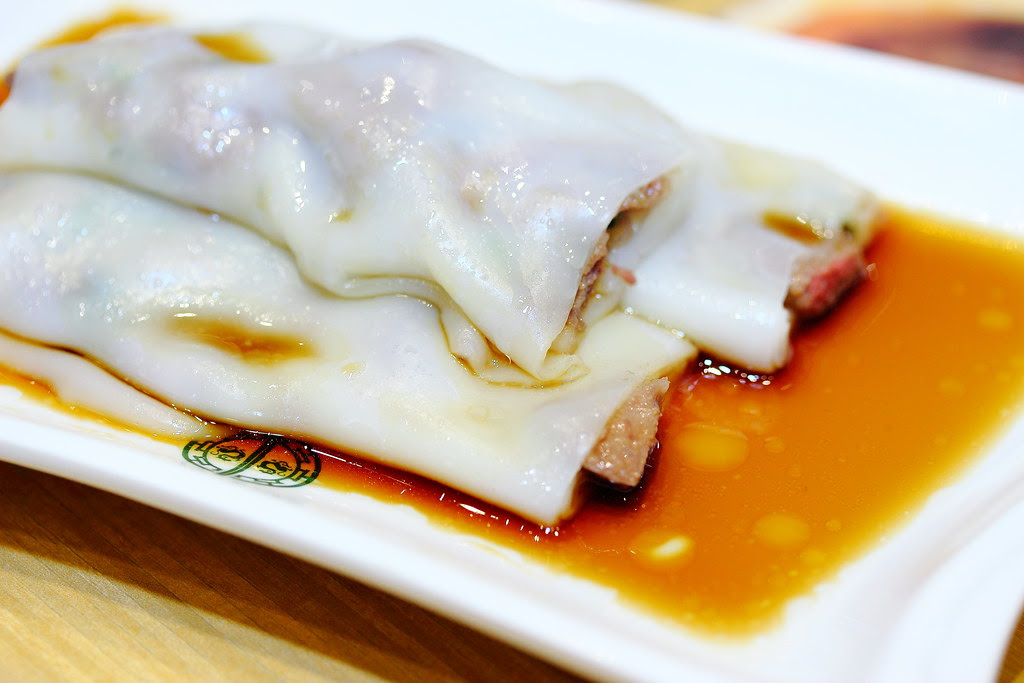 A bold twist from the tradition where vermicelli roll is commonly stuffed with char siew or shrimp, the Vermicelli Roll with Pig's Liver ($5.50) has a velvety texture while the fresh pig's liver was tender and soft. Another dim sum dish that you will not find elsewhere. In fact, Chef Mak mentioned in one of his interviews, he has tested the local pig's liver until he was satisfied with the texture although there is still a slight different compare to the Hong Kong's pig's liver which is even more tender. 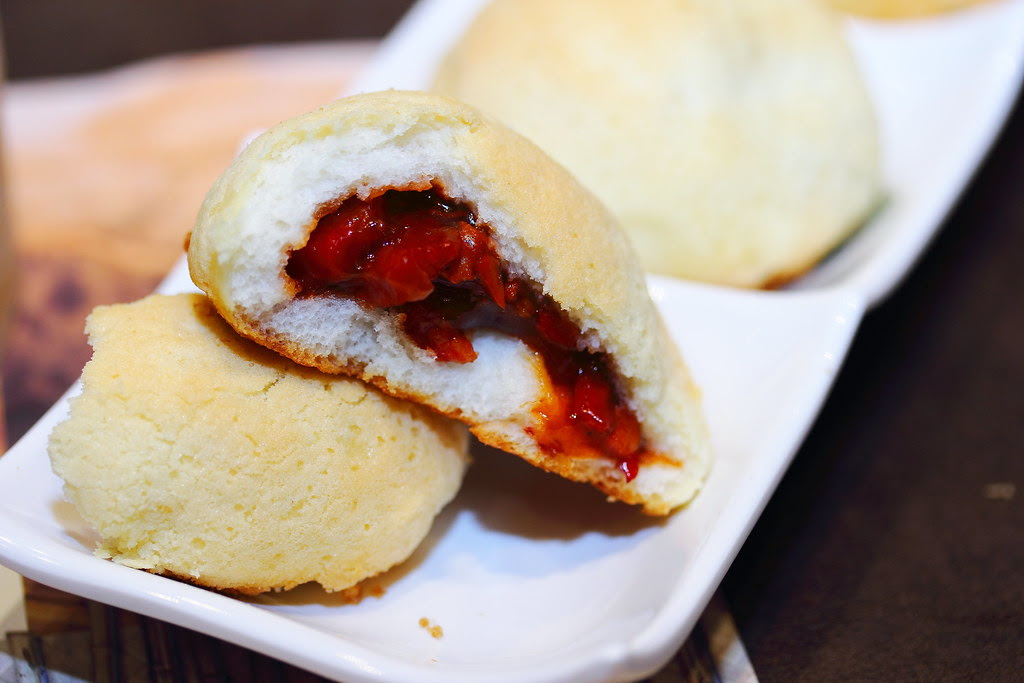 The marquee dish of Tim Ho Wan that has transformed the eatery into a mecca is the famed Baked Bun with BBQ Pork ($4.50 for 3pc). Everyone on our table was eagerly waiting for it to be served. I already have the expectation that this is going to be good but sinking my teeth into it, it way beyond my description of just good. It was excellently awesome. Even those that have tried the Hong Kong's branch gave the thumbs up too. The exterior of the bun was crumbly and pillowy while the inside boasted a sweet-salty taste of oozing barbecued pork. Yes I loving it so much that I am giving it 5 out of 5, first time since I started this blog. 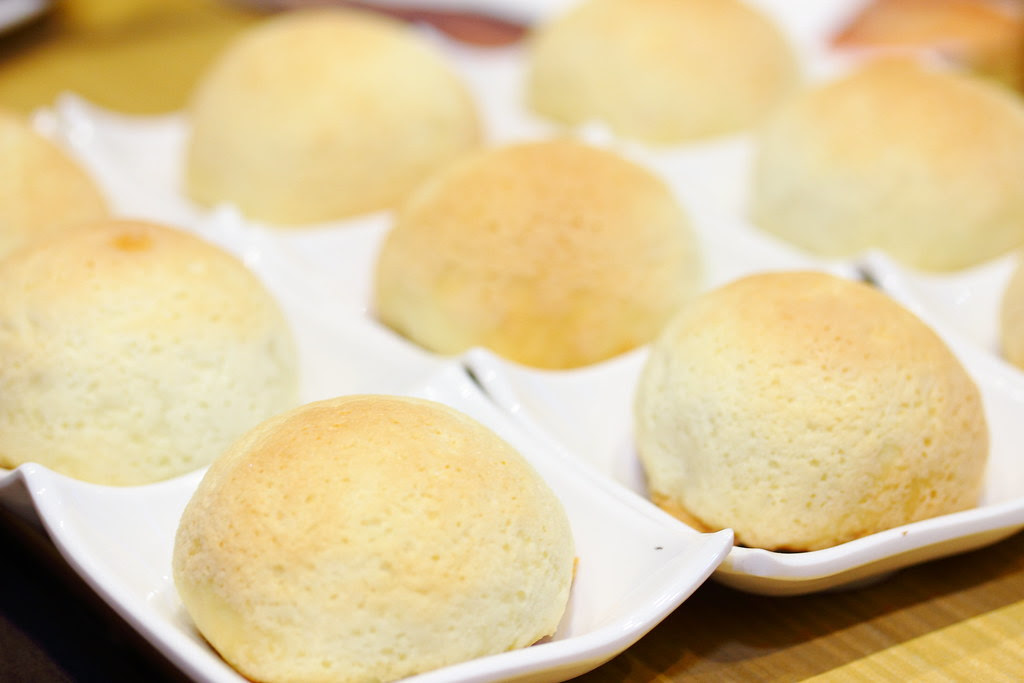 We love the Baked Bun with BBQ Pork so much that we ordered more and its a lot more! 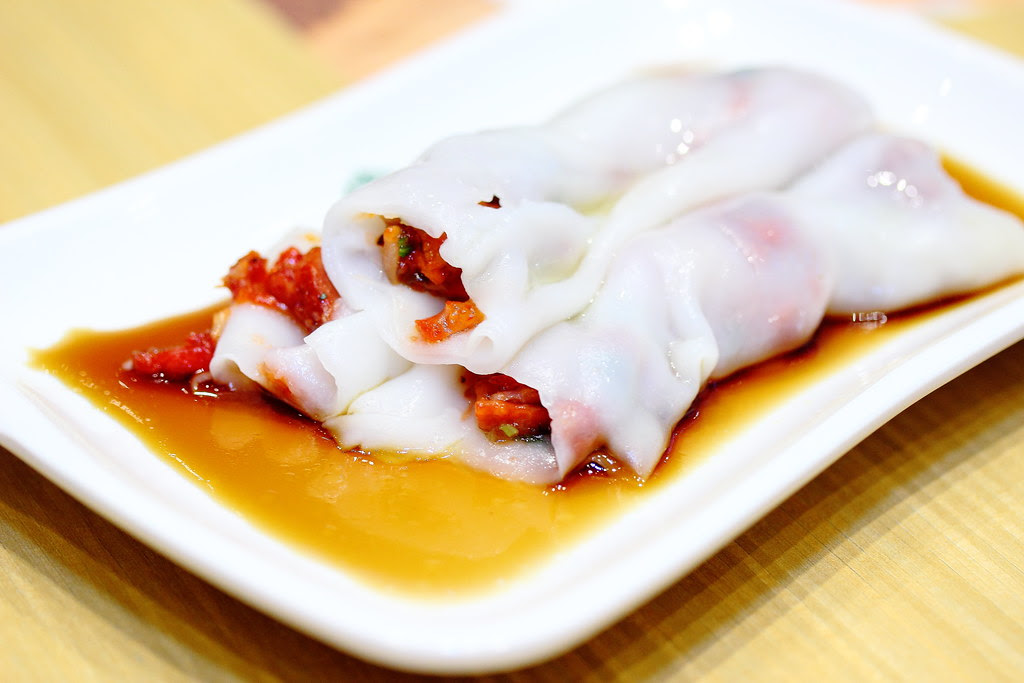 Besides the vermicelli roll with pig's liver, Tim Ho Wan also serves 4 other vermicelli rolls with BBQ Pork, Shrimp, Beef or Vegetarian Black Pepper on their menu. We tried the Vermicelli Roll with BBQ Pork ($5.50) which came with the consistent velvety texture paired excellently with the BBQ Pork. 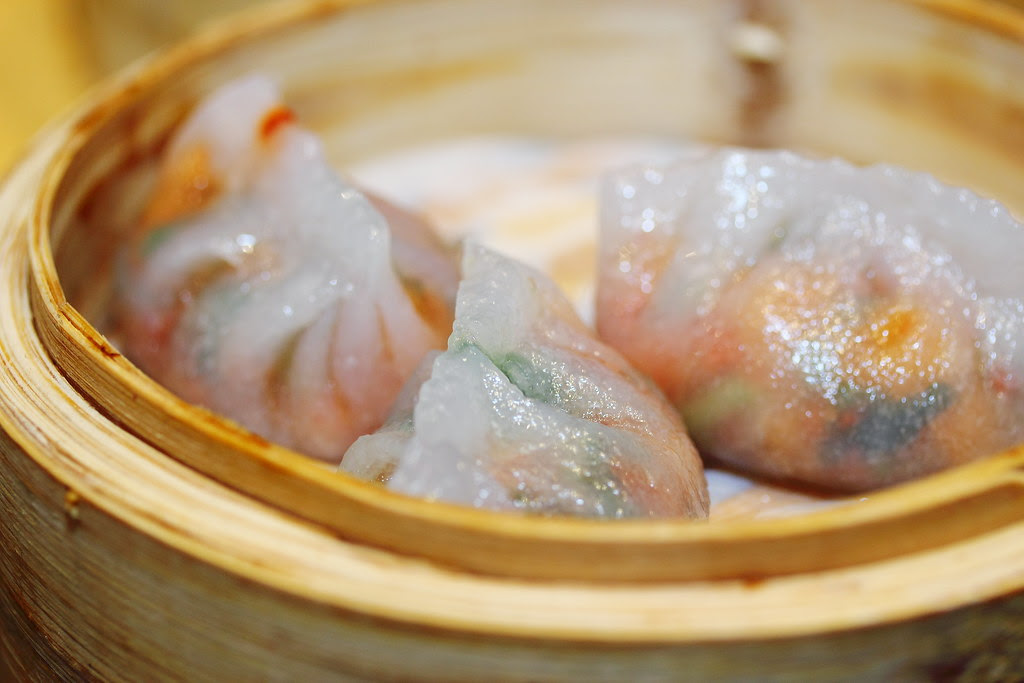 I ended up eating the Dumpling Teochew Style ($5 for 3pc) myself because the rest of the group at my table did not enjoy the taste of the Chinese chives in the dumpling. Maybe because I am a Teochew, I enjoyed it a lot. I thought it was a deft piece of work redolent of both the Soon Kueh and Gu Chai Kueh. 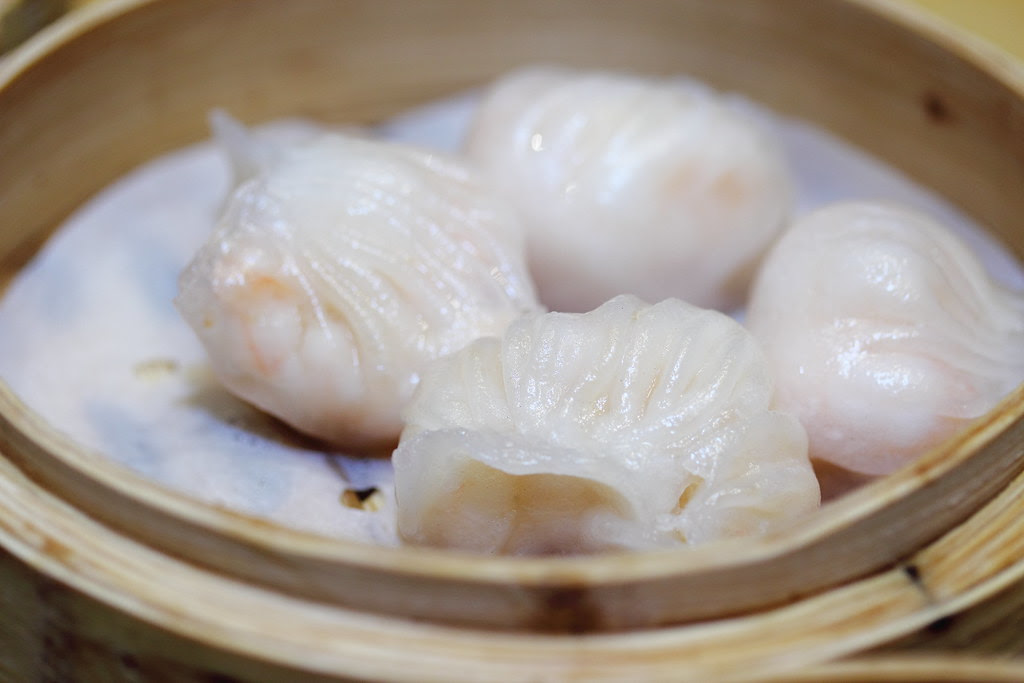 The Prawn Dumpling or Har Gow ($5.50 for 4pc) was extremely popular with the patrons. The thin and translucent skin was smooth but yet sturdy wrapping the succulent prawn which was so addictive that we couldn't help going back for more. It was the first item to be sold out for the night. 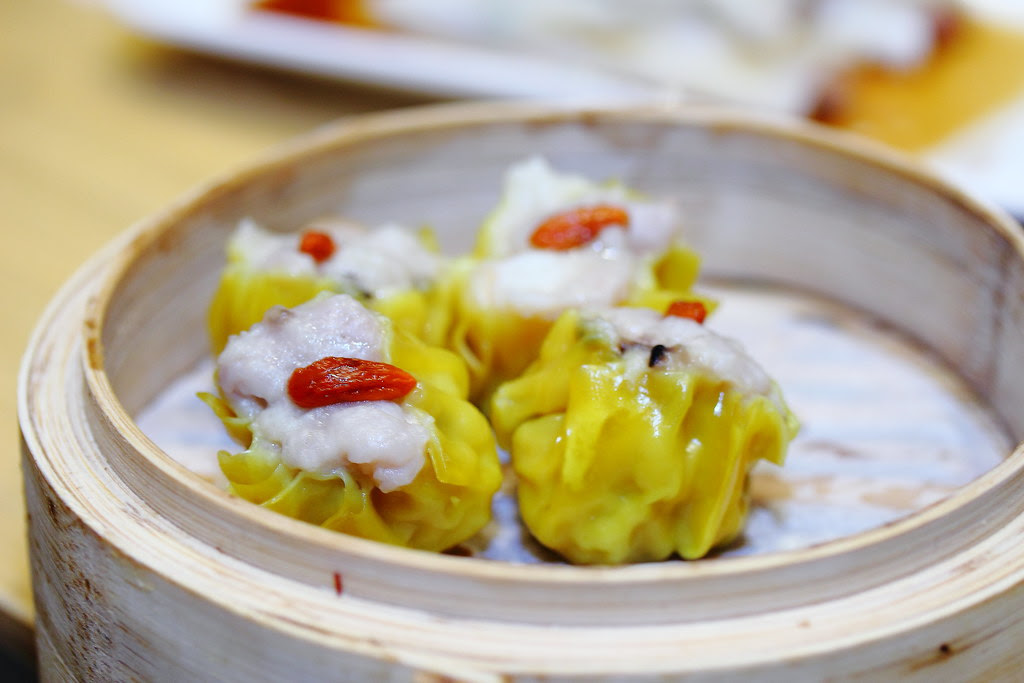 The Pork Dumpling with Shrimp or Siew Mai ($5 for 4pc) was delicately executed with a balanced proportion of ground pork and shrimp. While others enjoyed it, I thought there was a tad of saltiness which I covered by dipping into the chilli sauce. 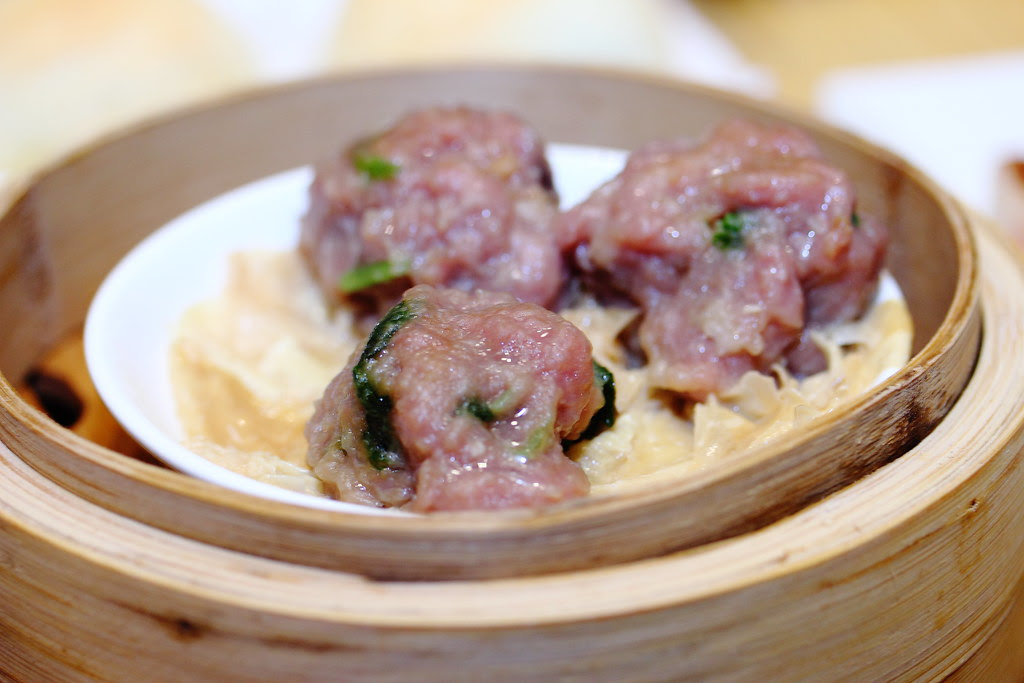 The Beef Ball with Beancurd Skin ($4.20 for 3pc) was probably the least favourite among the majority of the group at my table. Although the beef was very tender, I thought the taste was a bit too mild for the local palate. 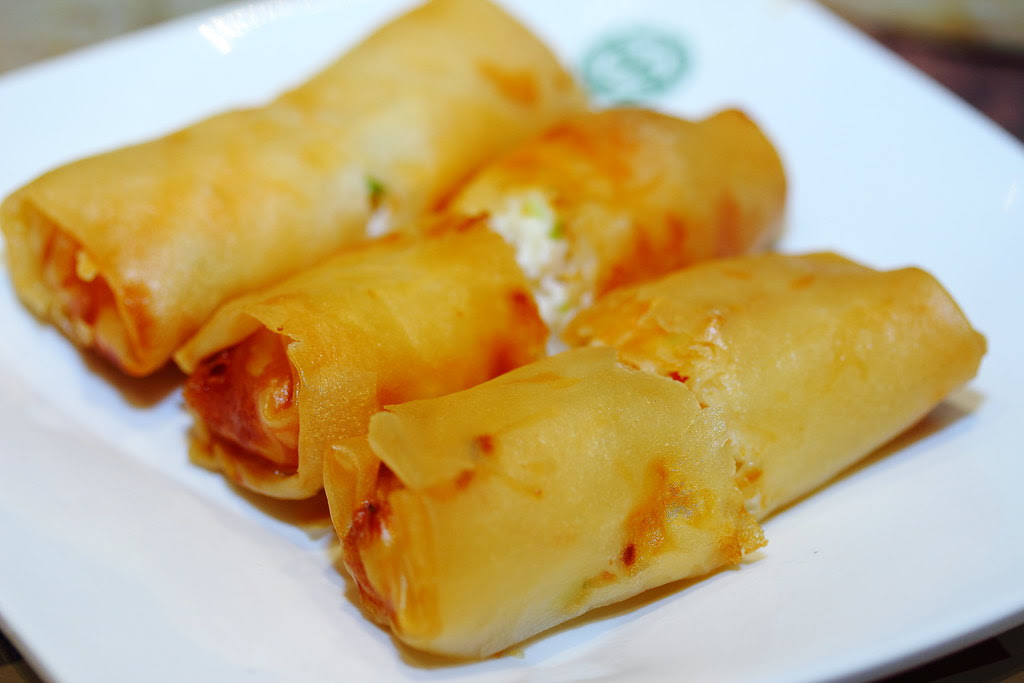 The Spring Roll with Egg White ($4.20 for 3pc) is a good change from the usual vegetable filling. Deep fried to a beautiful golden brown, the spring roll was crispy on the outside and complemented with the creamy egg white filling. 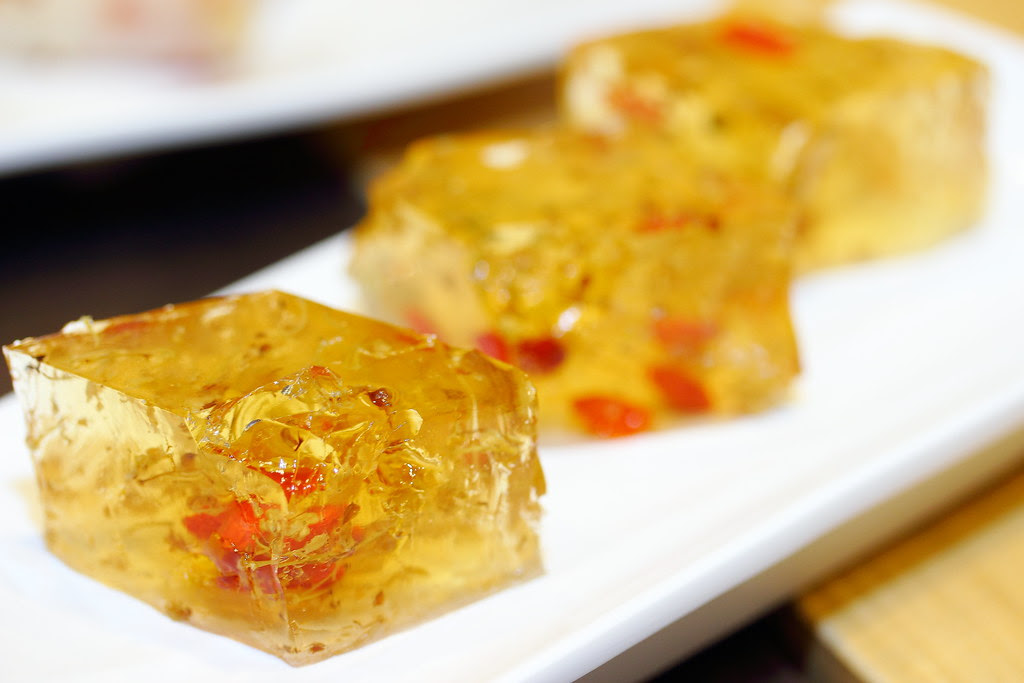 I didn't expect Tim Ho Wan to offer desserts on the menu. I tried the Tonic Medlar & Osmanthus Cake ($3.50 for 3 pc) which was gelatinous and not overpowering sweet. It was subtle and helped to cleanse the palate.

Since its opening on 10 April 2013, there has been long queue daily to savour the dim sum at Tim Ho Wan (添好運). It is quite expected since the food is cheap and affordable, ranging from $3.80 to $6. The group that brought in Tim Ho Wan plans to open more branches in Singapore and word is that the next branch will be at Toa Payoh sometimes in July.