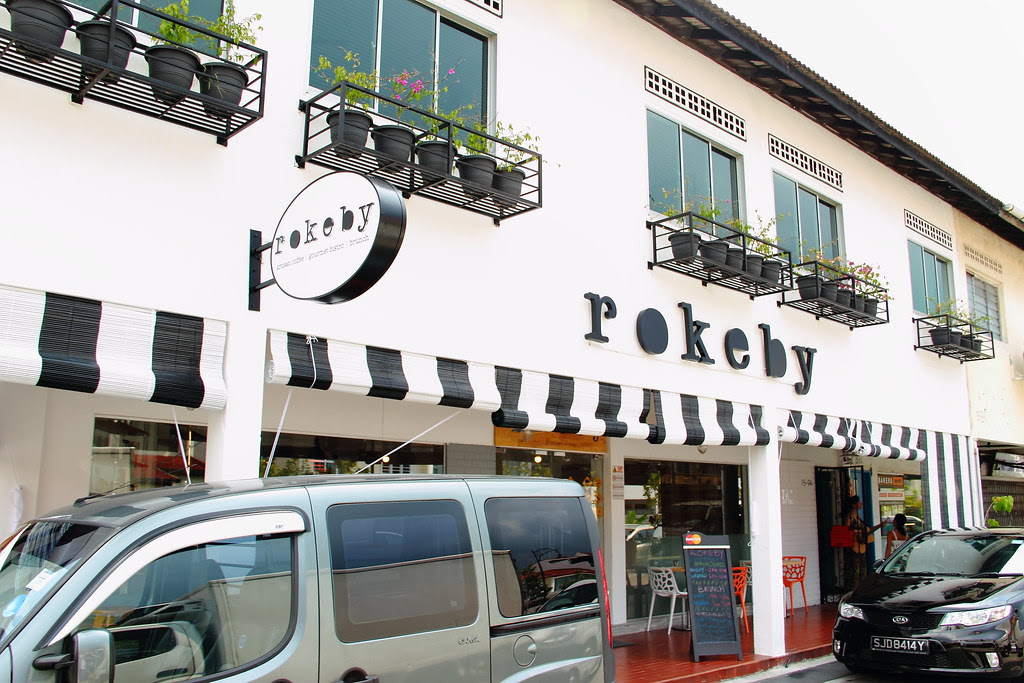 The enclave at Jalan Riang off Upper Serangoon Road sees another new food establishment, Rokeby (roc-ker-bee) named after a street in Western Australia opened its door about 2 months back. The Australian inspired bistro is opened by a young couple, Kelvin and Denyse serving delectable gourmet food and artisan coffee. 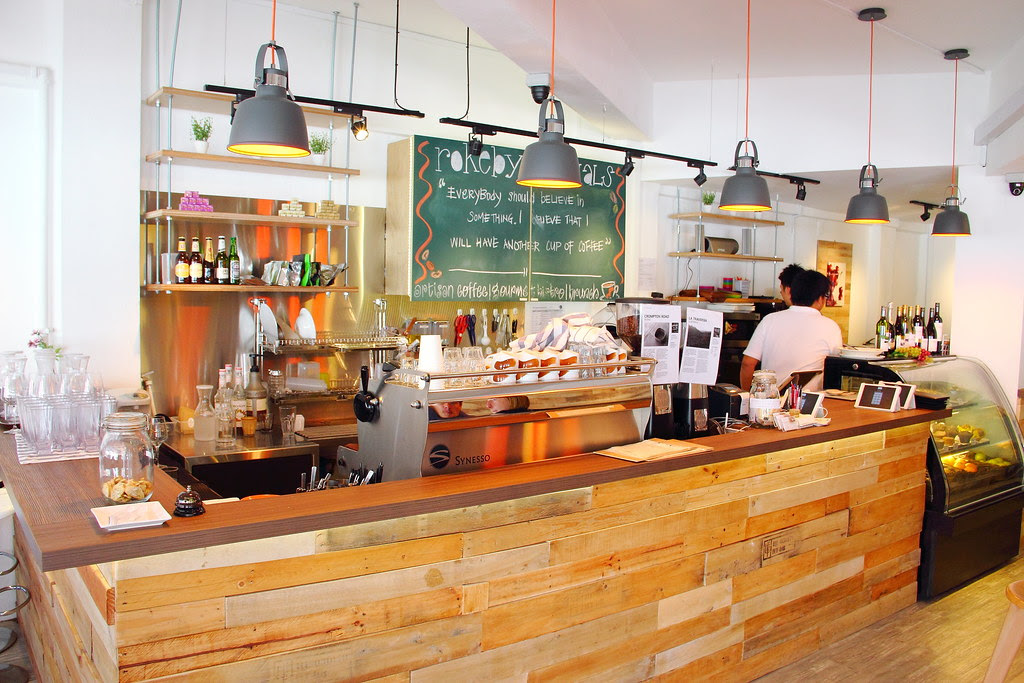 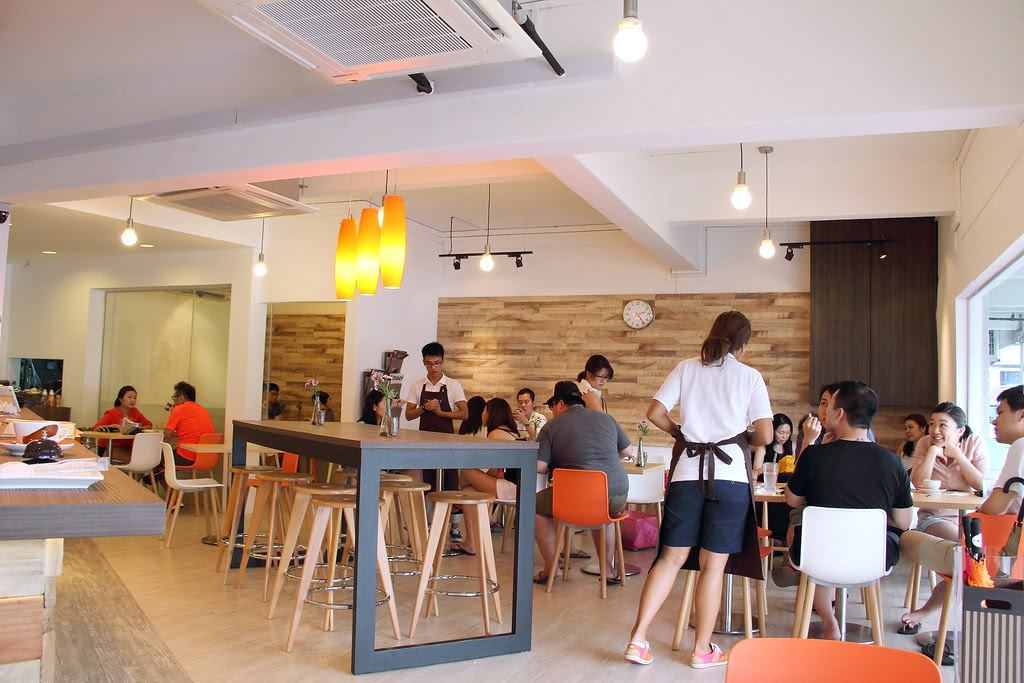 The bistro has a relax and chill ambience with both indoor and outdoor seating. It also has a kids' corner to cater to youngs one while the adults can indulge in their meal. 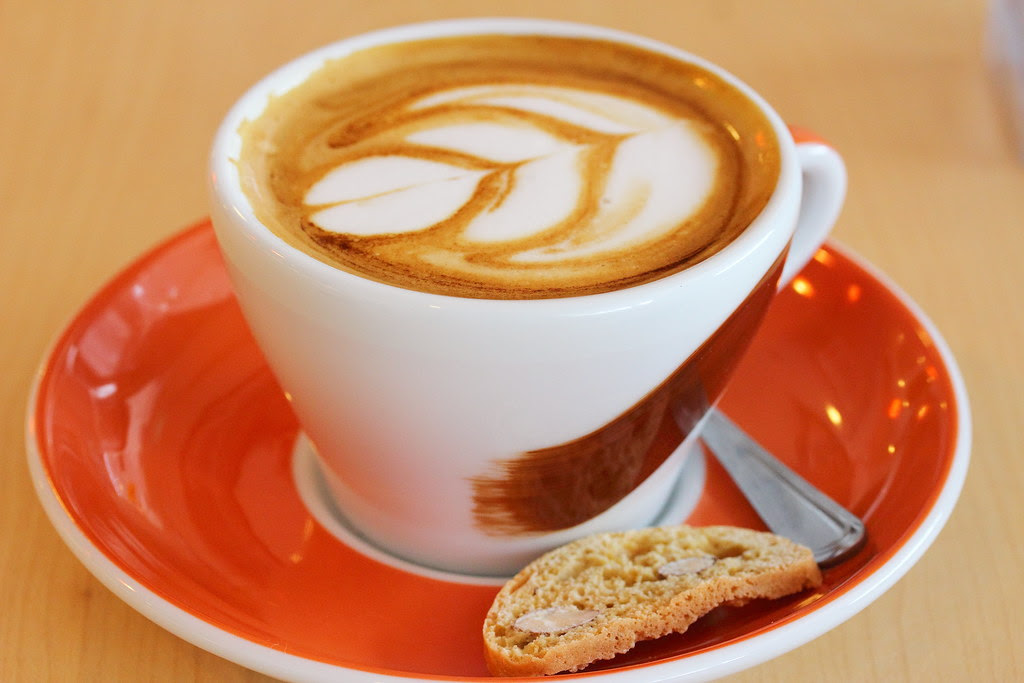 I had a Flat White ($5) to kick start my day. I don't like my coffee to be too acidic hence I quite enjoyed the cup of coffee at Rokeby which maybe a bit too bitter for some. 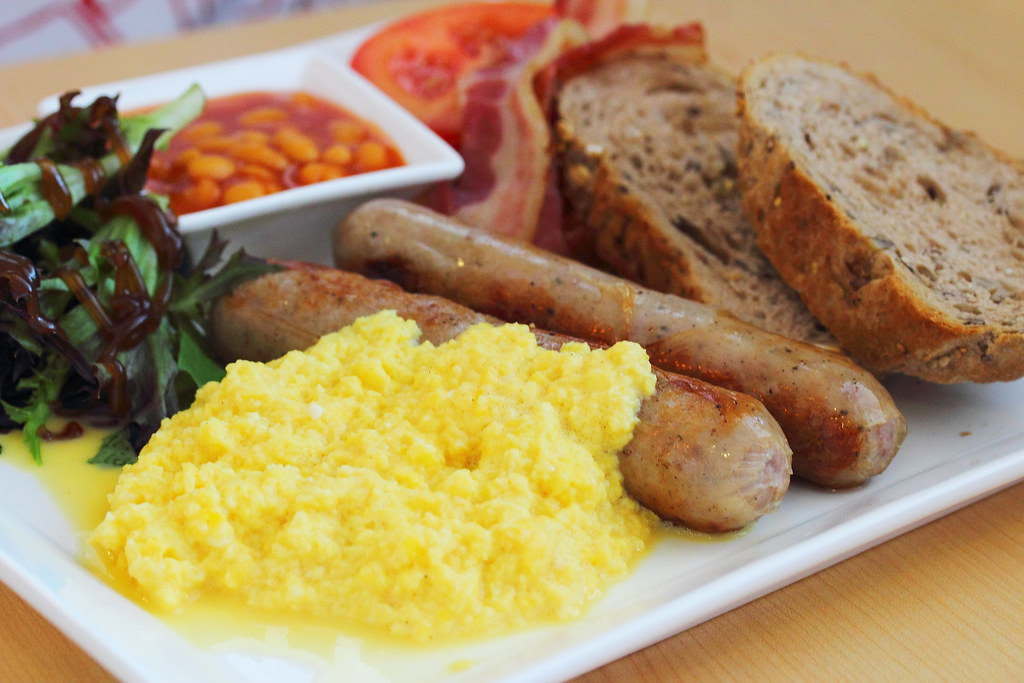 All of us ordered from the brunch menu hence it is a bit of injustice to the bistro in this review. Nevertheless, this was some of the items we ordered from the weekend brunch menu till 3pm. For the hungry stomach, you can go for the Full Monty Brekkie ($17.90) that comes with 2 eggs served with 2 bratwurst sausages, bacon, hashbrown, grilled tomato, baked beans, salad and toast. 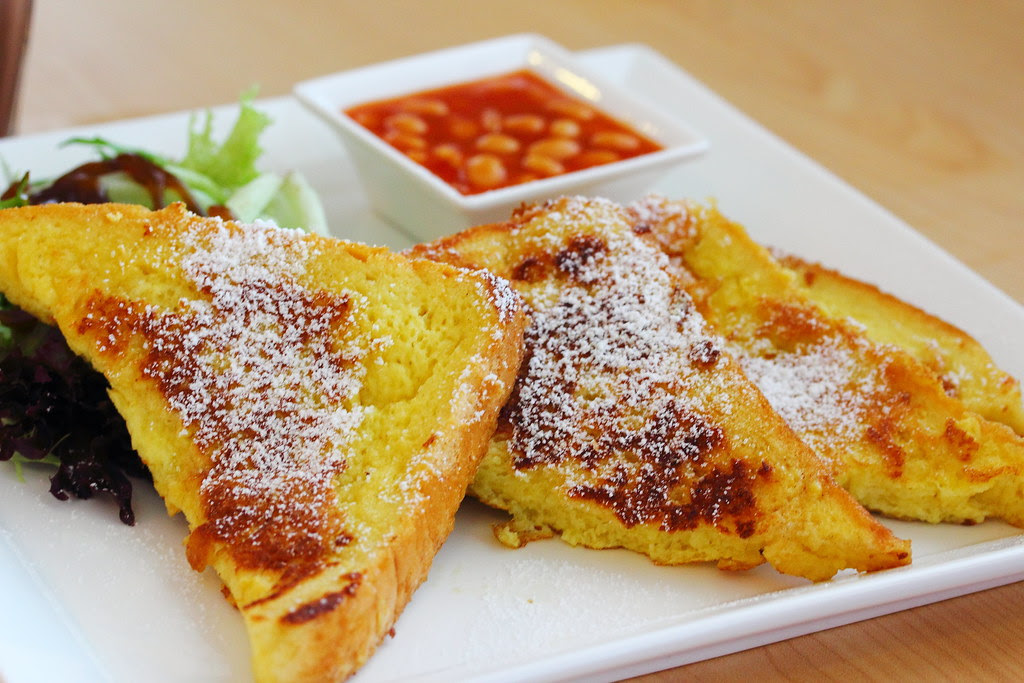 For the light-eaters, one can go for the French Toast ($7.90) that comes with 2 eggs on toast served with salad and baked beans on the side. 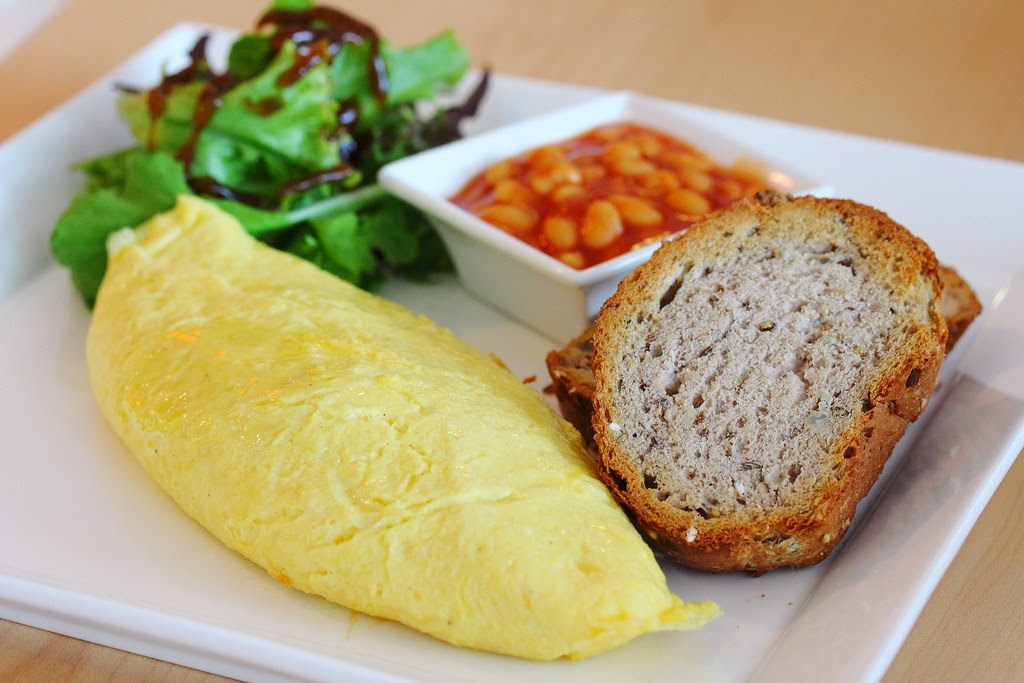 Actually my friend and I wanted to order the Egg Benedict but after taking our orders, the waitress came back 5 minutes later informing us that they have ran out of poached eggs, asking us to change to scrambled egg or other style of eggs for our egg benedict? I thought that was quite weird since the kitchen can prepare other styles of egg but not poached egg. Anyway my friend changed her order and had the Ham and Cheese Omelette ($12.90) that is served with salad, baked beans and toast on the side. 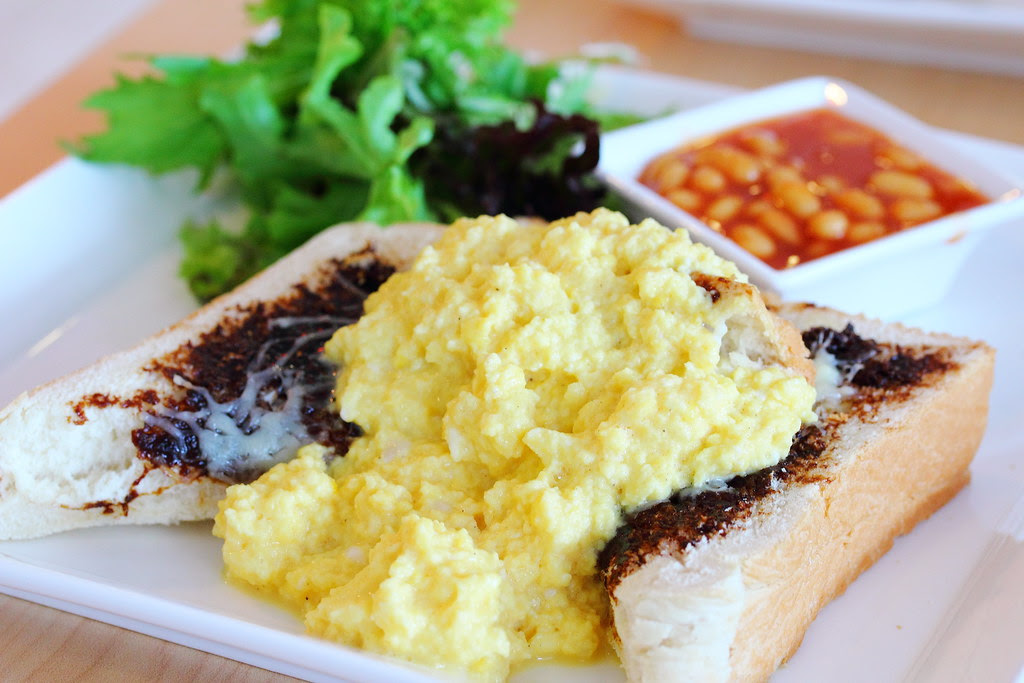 What is egg benedict without poached eggs so I also changed my order to Vegemite Downunder ($10.90). This brought back a lot of childhood memories when I used to spread my toast with vegemite. Paired with the creamy scrambled eggs with salad and baked beans on the side this is a hearty breakfast the Aussie way.

The brunch menu at Rokeby is pretty decent but service was pretty slow. Considering the kitchen is pretty small and they are only 2 months into operations, hopefully it can only get better. I look forward to go back to the bistro and try their mains when operations are smooth running.

Posted by DerrickTan at 1:11 AM