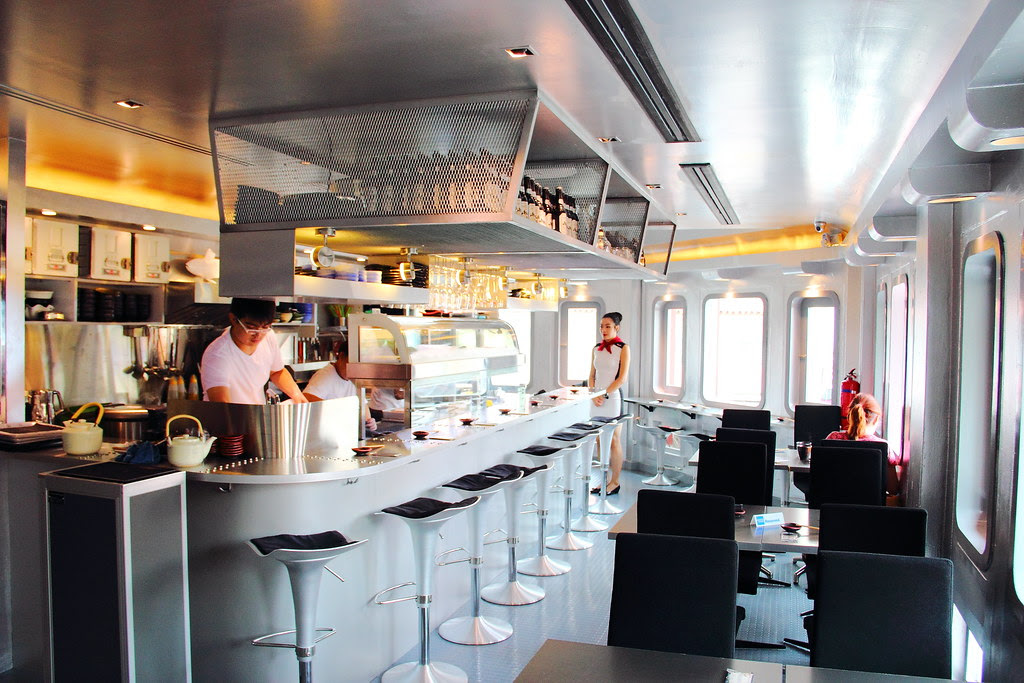 A new airline has landed in Singapore but not at Singapore Changi Airport. The new airline, SushiAirways Sushi Bar (寿司航空) has landed at the quaint Kampong Glam conservation area along Baghdad Street. The Sushi Bar interior resembles the 1930s Douglas DC-3, a fixed-wing propeller driven airplane. Climbing up a flight of stairs leading to the cabin, I was greeted by the cheerful leading air stewardess Simbian Chua who showed us to our first class seat.

The captain at the cockpit is Chef Wong Eng Chun who was formerly from Hyatt. The food at SushiAirways is both meticulous and exquisite, it does not serve the usual airline food that is pre-cooked and re-heat before serving. 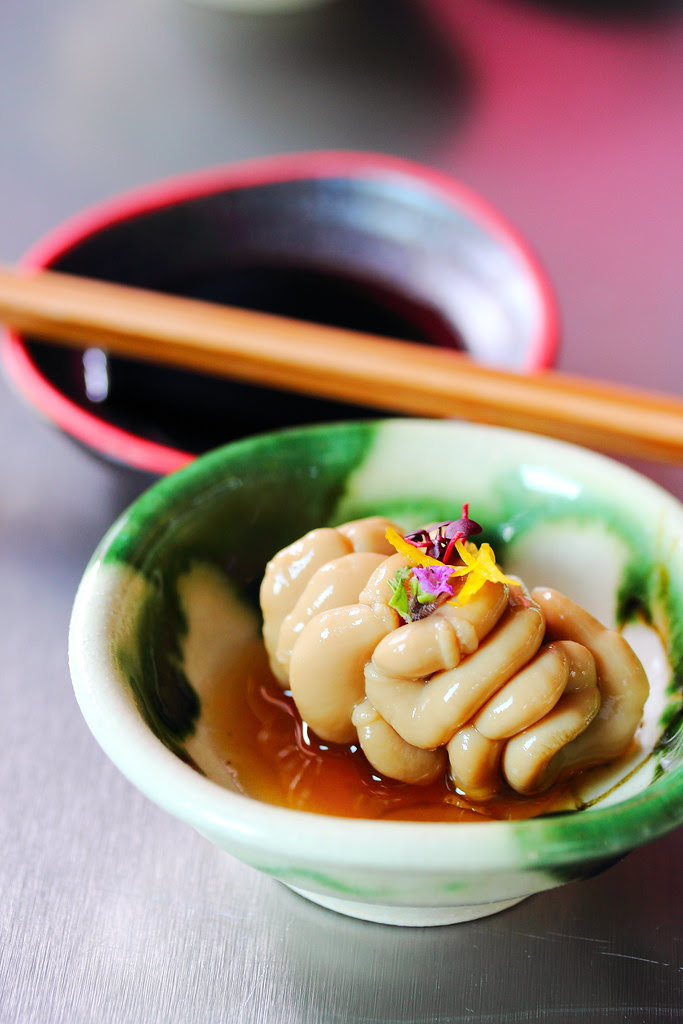 I am treated to some items on SushiAirways' Omakase (ranges from $180 to $250) which means leaving the selection to the chef. Starting with Red Snapper Fish Roe, it reminds me of the pig's brain which I used to eat when I was young. Look can be quite deceiving but this light and refreshing appertiser paired with Chef Wong's homemade soy sauce was very "oishii". 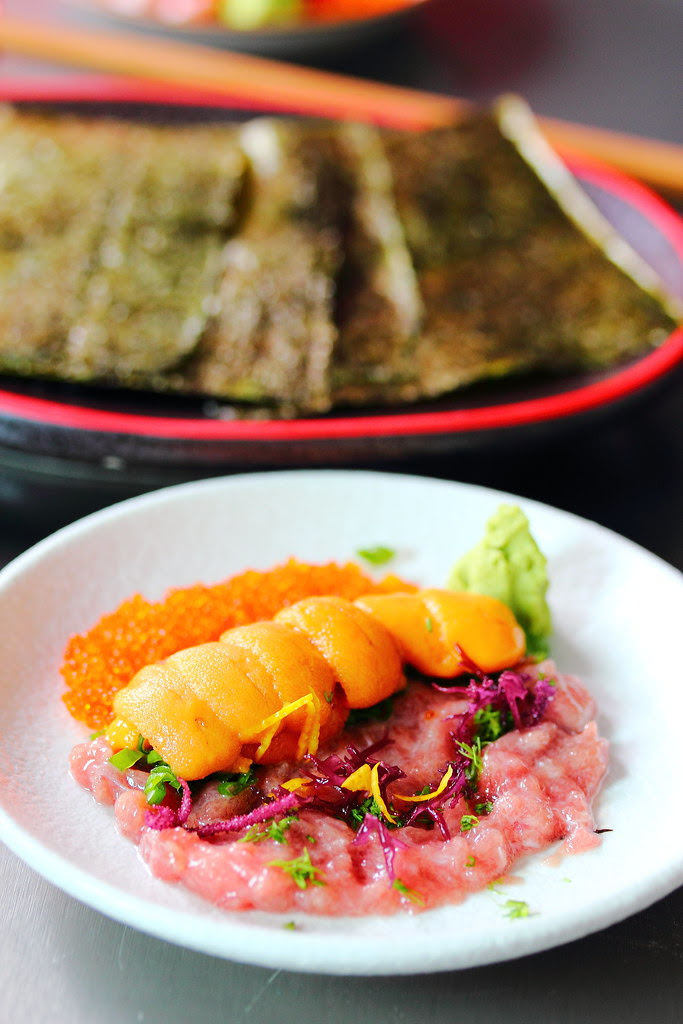 When we were served the plates of uni (sea urchin), tuna, tobiko (fish roe) and nori (seaweed), there was a look of confusion in our eyes. What should we do with the 2 plates of ingredients. Lucky the captain of the plane came to our rescue, he told us to to eat it like a Temaki Roll (Hand Roll). This is a first for me to Do-It-Yourself a hand roll without the sushi rice. 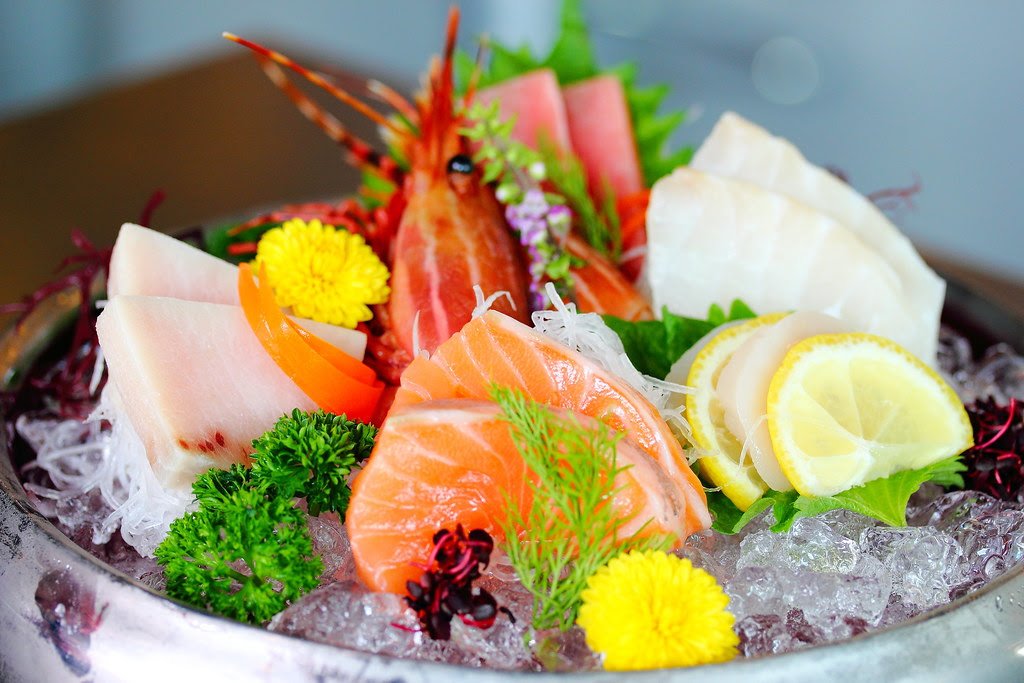 The Special Chef's Sashimi Mori (Small $58, Large $98) of assorted premium sashimi of the day came with abundance of freshness swimming in a bowl of ice garden. 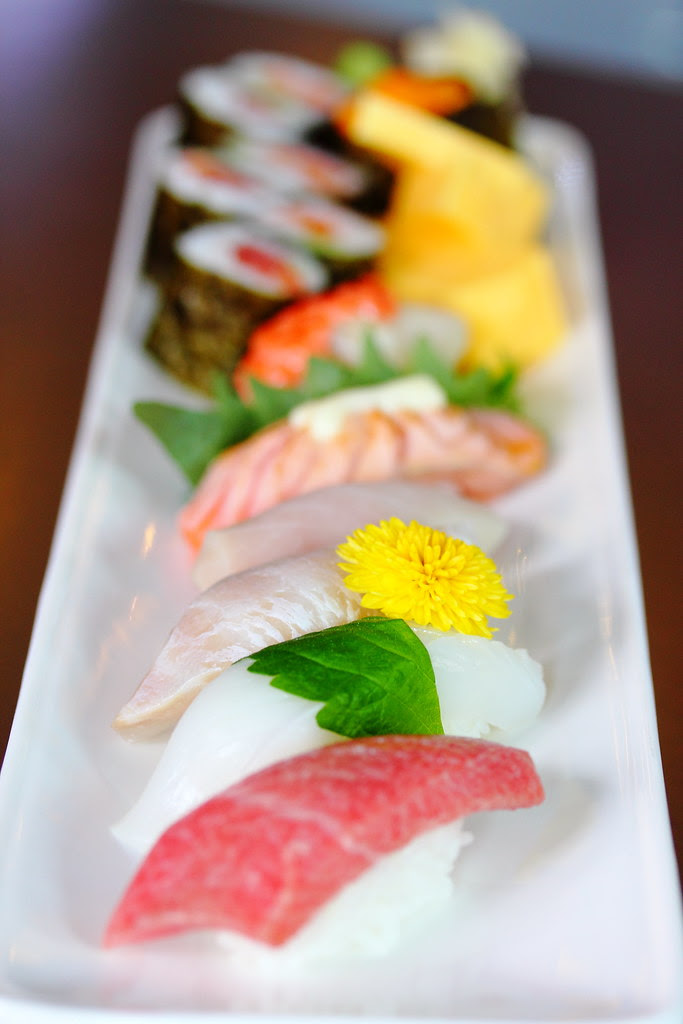 We also tried the Today's Premium Assorted Sushi (Small $38, Large $58). The fresh ingredients with a nice proportion of rice was very delectable. 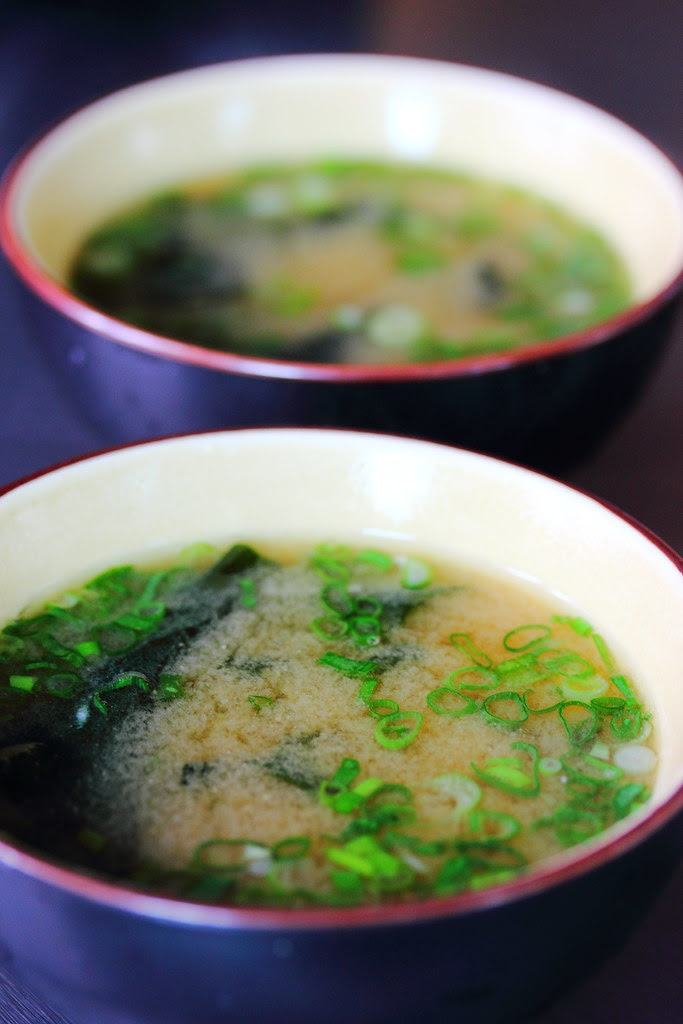 I was wondering why the Miso Soup was served in the midde of our meal instead at the beginning which most restaurants do. Unlike others, the miso soup here is only cook a la minute hence it was not as salty compared to those that was pre-cooked and kept under constant heat. 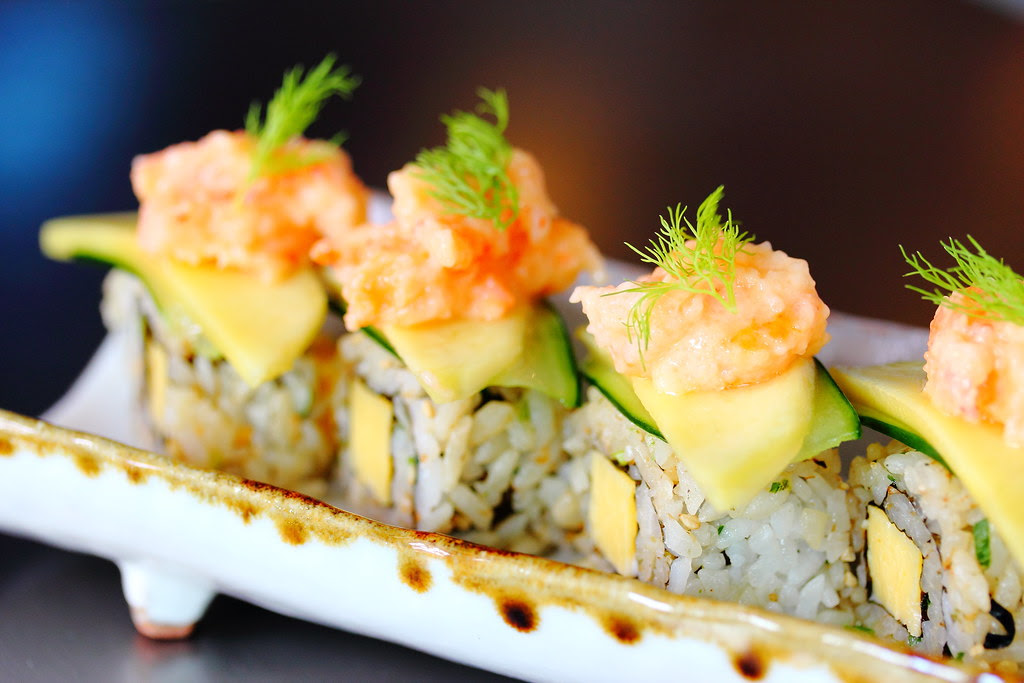 The Mango Roll ($30) was beautifully presented but not practical. The mango kept sliding down from the sushi roll. Hence it felt like the flavours were separated as we needed to eat the mango separately. The mango was also not sweet enough, lacking the refreshing contrast in taste. 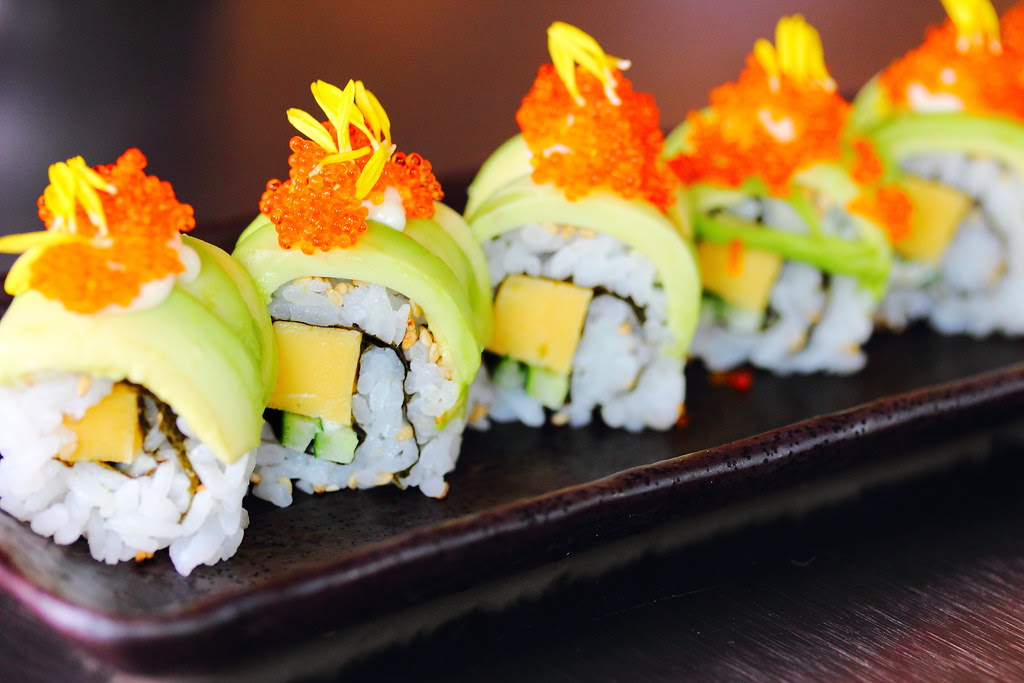 The Avocado Roll ($25) on the other hand was beautiful executed with the different flavours gelling together. 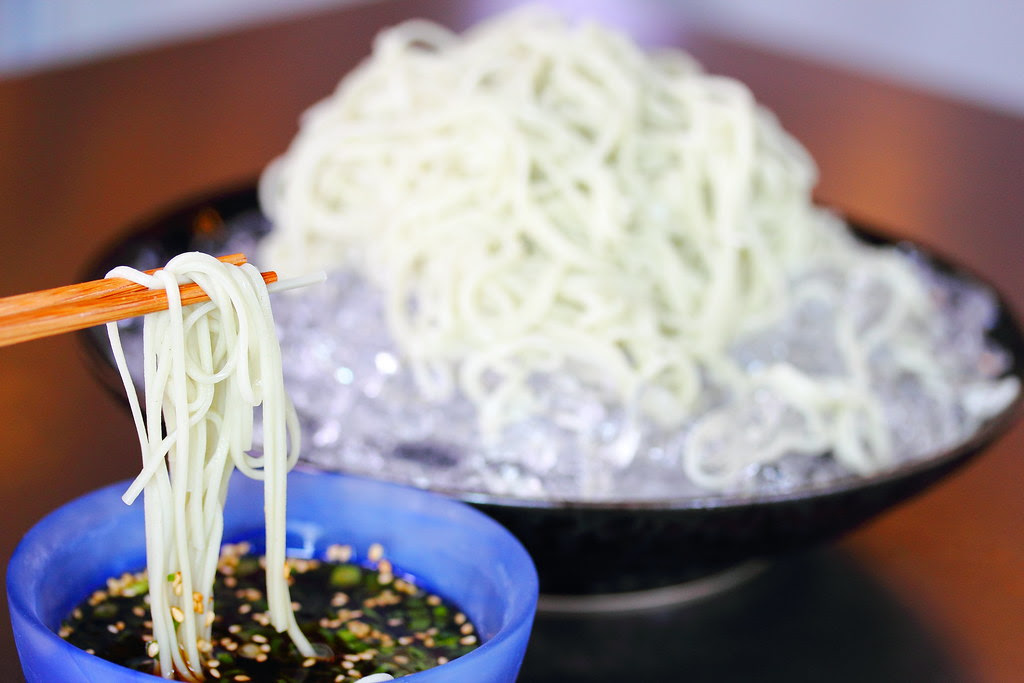 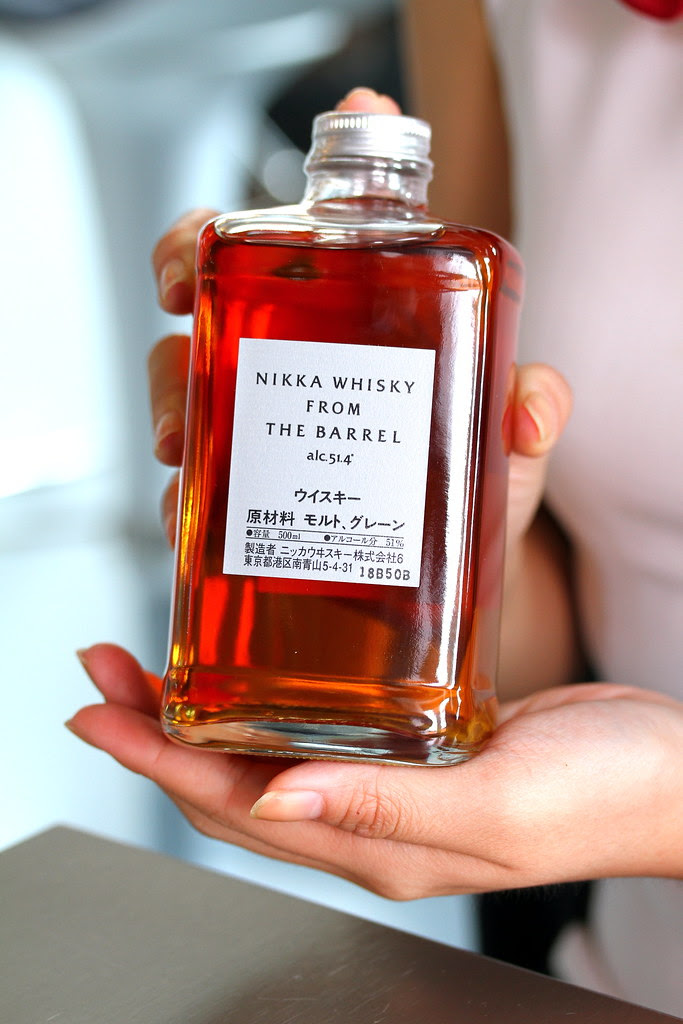 SushiAirways also has an extensive list of beverages known as refuelling point in their menu. Bottled in a similar Chanel perfume bottle, the multi awards winning Nikka Whisky from the barrel is bottled directly out of the cask, giving it a unique character. 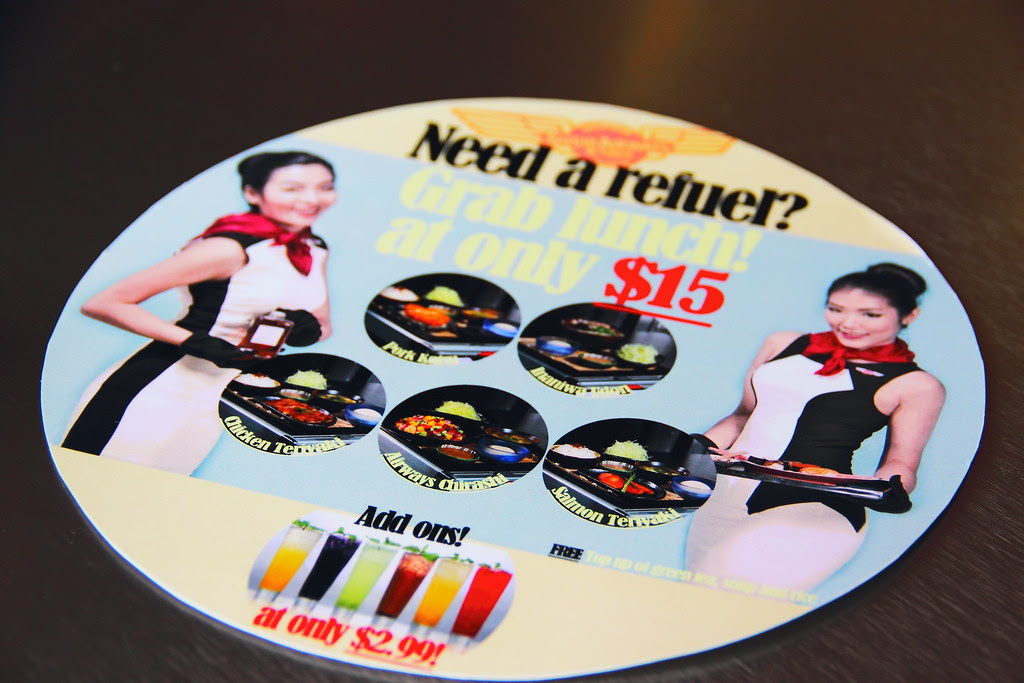 For those that is tight on the wallet, worry not. SushiAirways also offers delectable lunch set at just $15.

The flying experience at SushiAirways Sushi Bar is like on board a private jet plane where you have a personal team of crew serving you. While indulging in the delicious Japanese cuisine, those in the window seats can also enjoy a panoramic view of the conservation area.