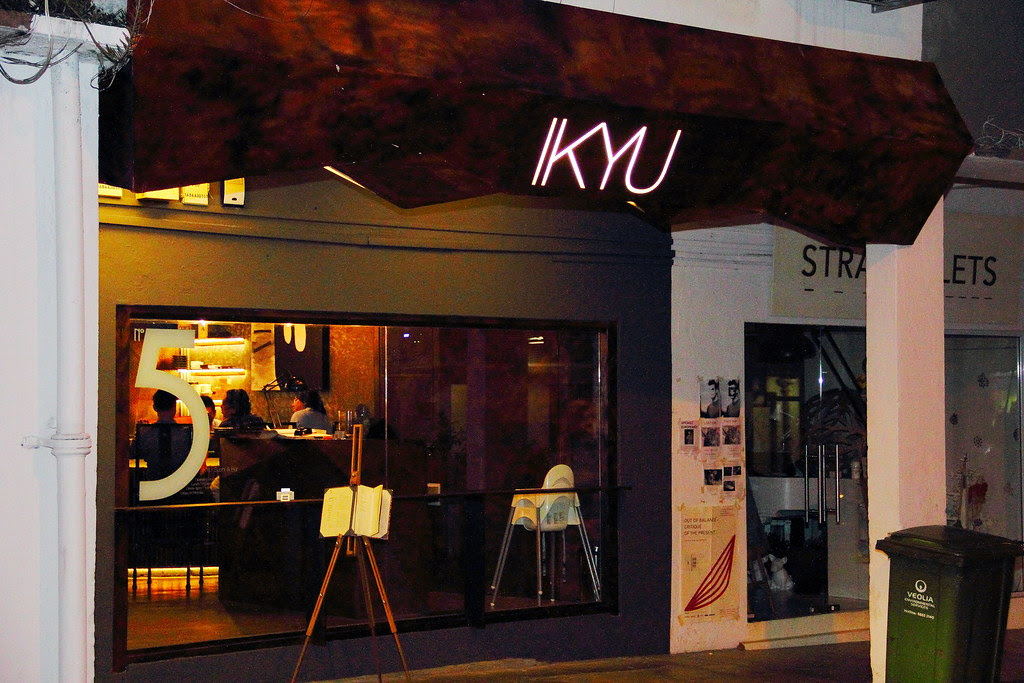 The new kid on the block at Tiong Bahru Estate, IKYU is the new sexy, a modern Japanese restaurant with its contemporary concept provides a charming contrast to the old world architecture and ambience at the estate.

IKYU means "take a break" in English has a seating capacity of 54 over 1700 square feet, headed by Executive Chef Takuma Seki (formerly the chef-de Cuisine of Hide Yamamoto at The Shoppes at Marina Bay Sands). The restaurant has a relaxing atmosphere where patrons can look forward to good food, drinks and company. 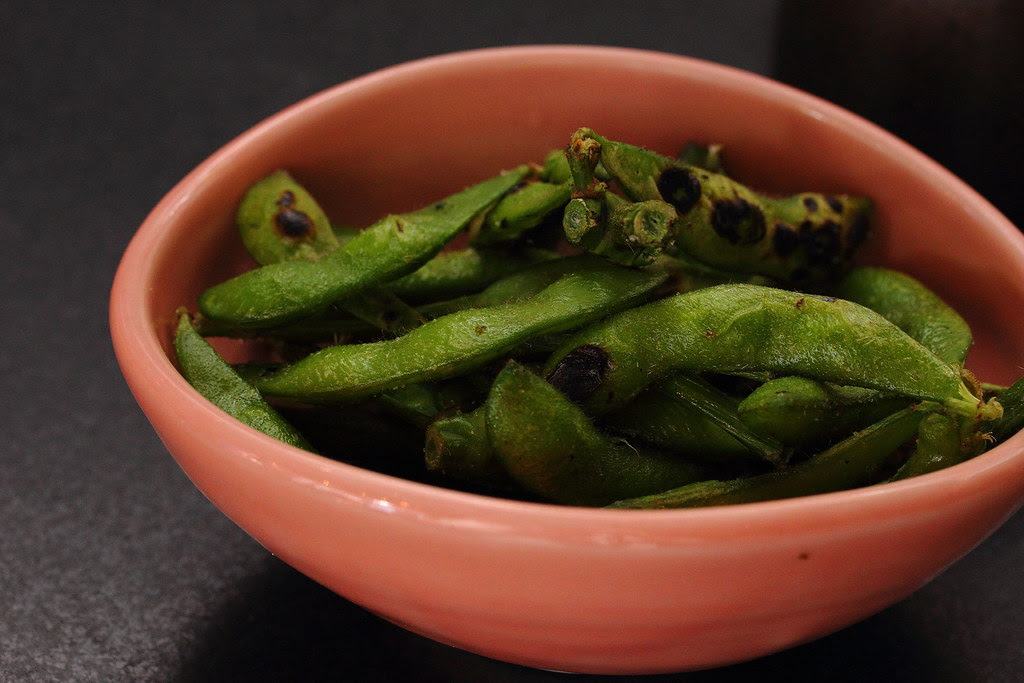 Starting from the apperizer menu, the group tried the Grilled Edamame Flavoured in Truffle ($8.50). I felt that the grilling infused the truffle oil and brought out the edamame's flavour even more. 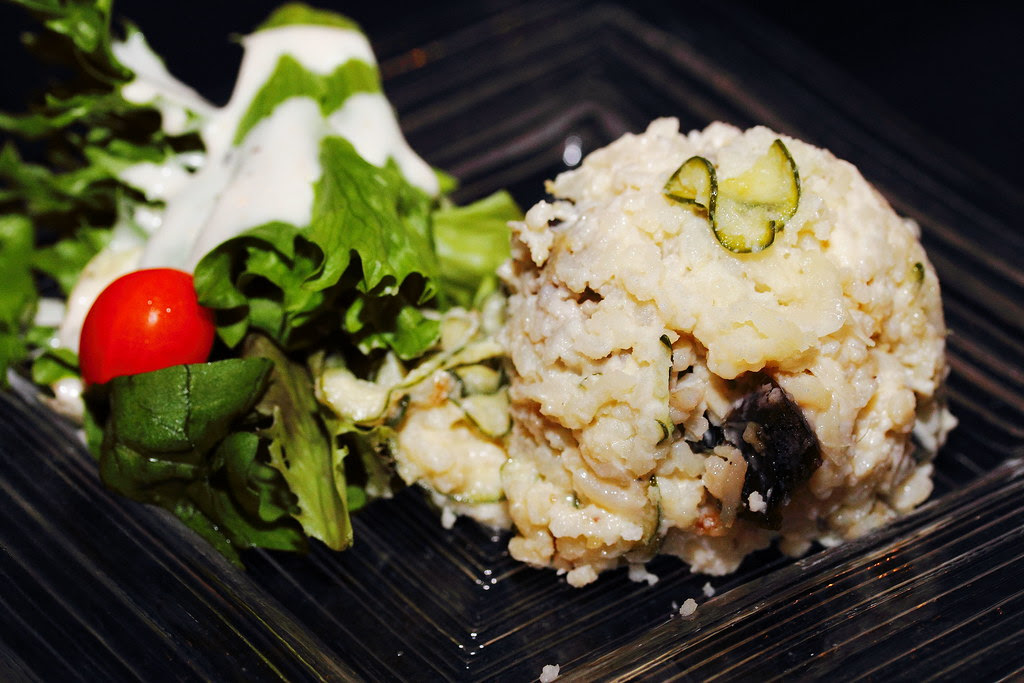 Absolutely enjoyed the Century Egg Traditional Potato Salad ($8.50) that was light and refreshing. The century egg inside the potato salad gave the tradition and simple salad a total new dimension and texture enjoyment. 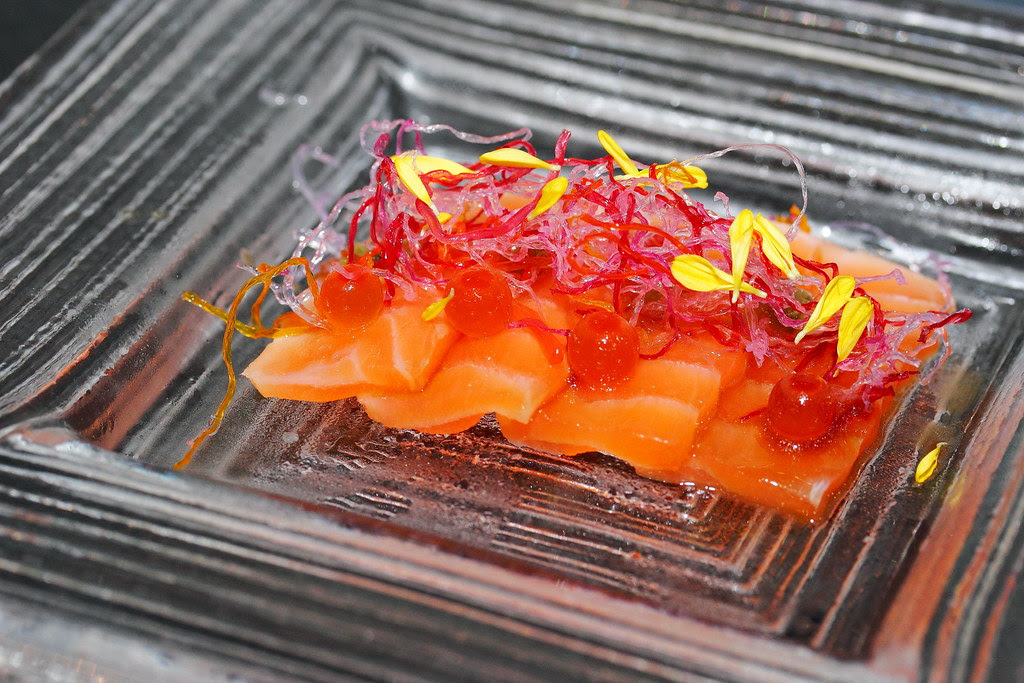 The Wafu Marinated Salmon Carpaccio ($16.50) was beautifully marinated with the wafu dressing that was packed with freshness. 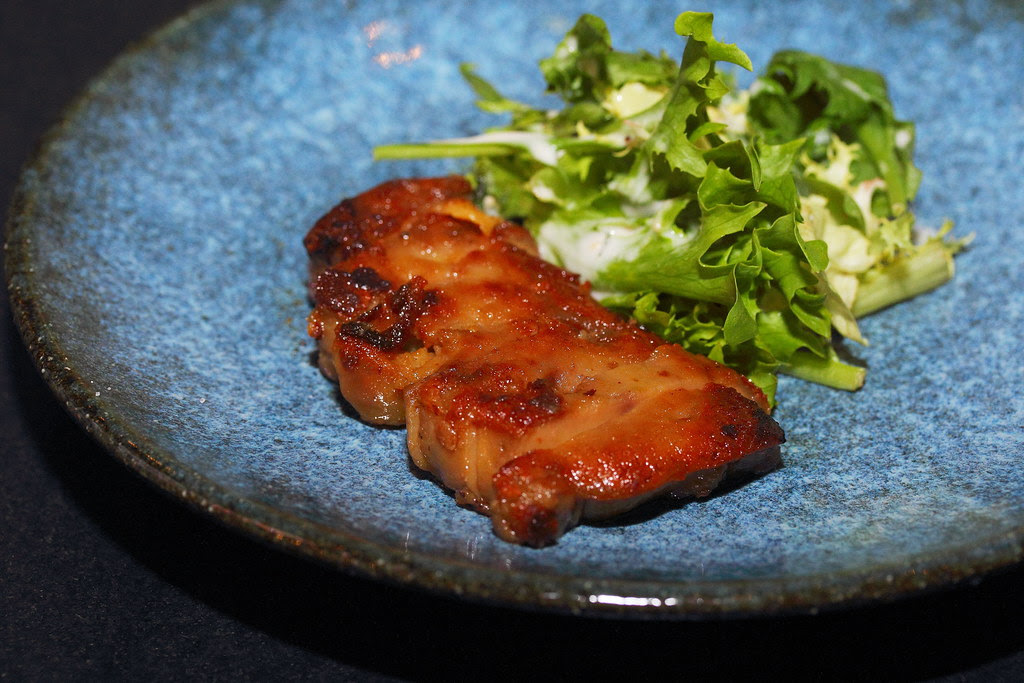 Foie Gras maybe an acquire taste for some but the French Foie Gras Flavoured in Miso ($18.5) had a nice sweetness to it that probably masked away the unfavourable acquire taste that some does not enjoy. 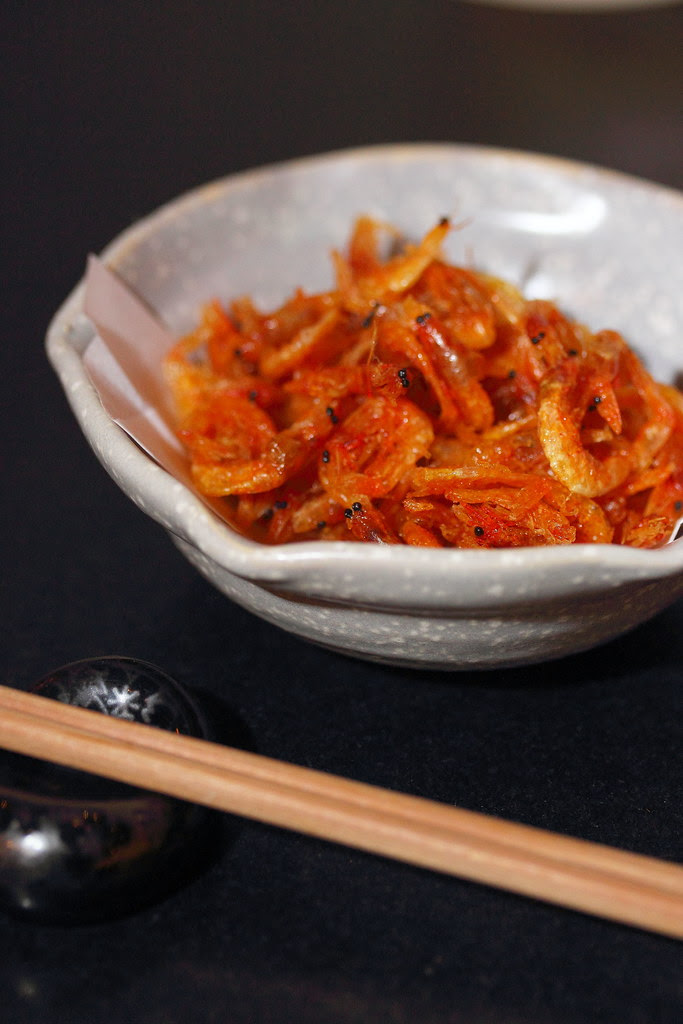 On the Fried section of the menu, we had the Deep Fried Sakura Baby Prawn ($8.50). The crispy and salty sakura baby prawn is the ideal snack to go with sake or beer. 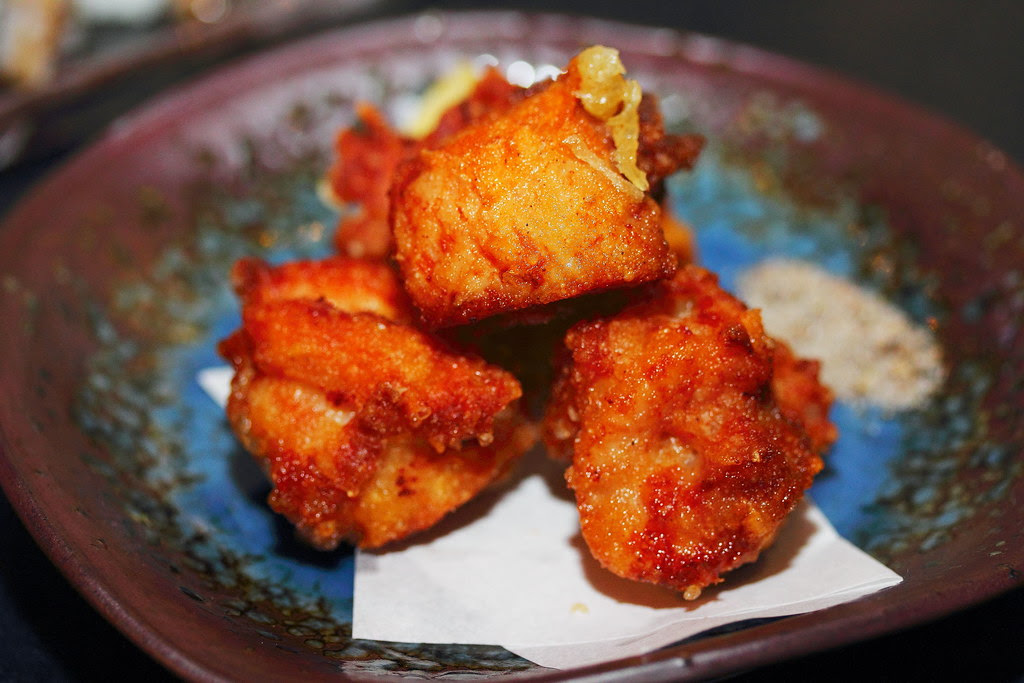 Another delectable snack to go with sake or beer, the Kara-age Chicken Izakaya Style ($8.50) was deep fried to golden brown. Crisp on the outside and moist inside. 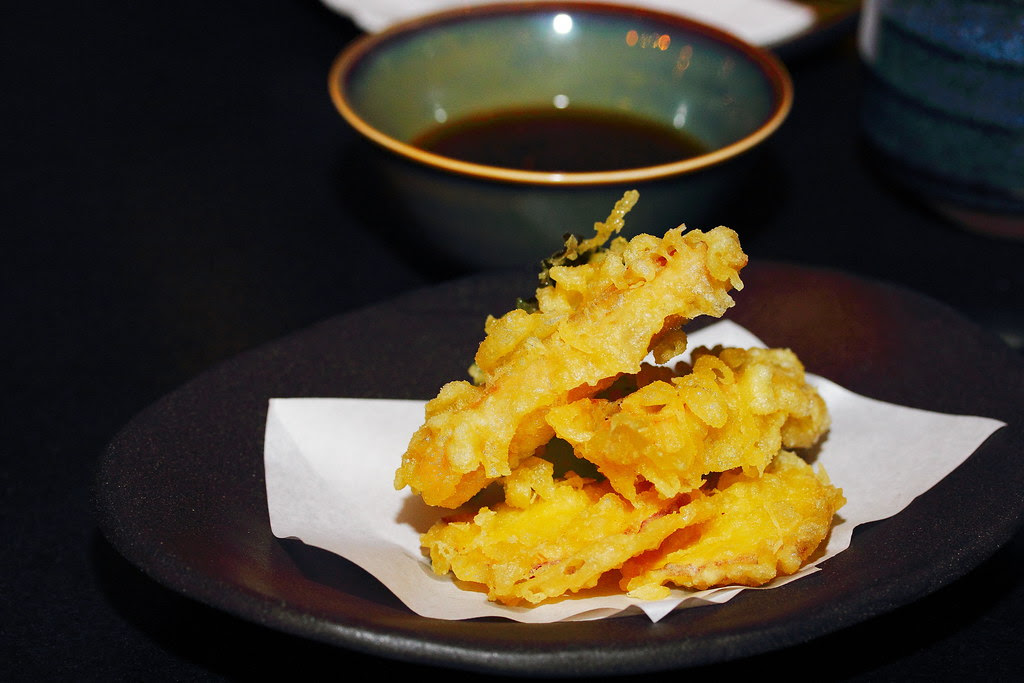 The Blow Fish Tatsuta-age with Sansyo ($16.50) had a nice thin layer of batter wrapping around the blow fish similar to tempura style with a nice hint of Japanese pepper. 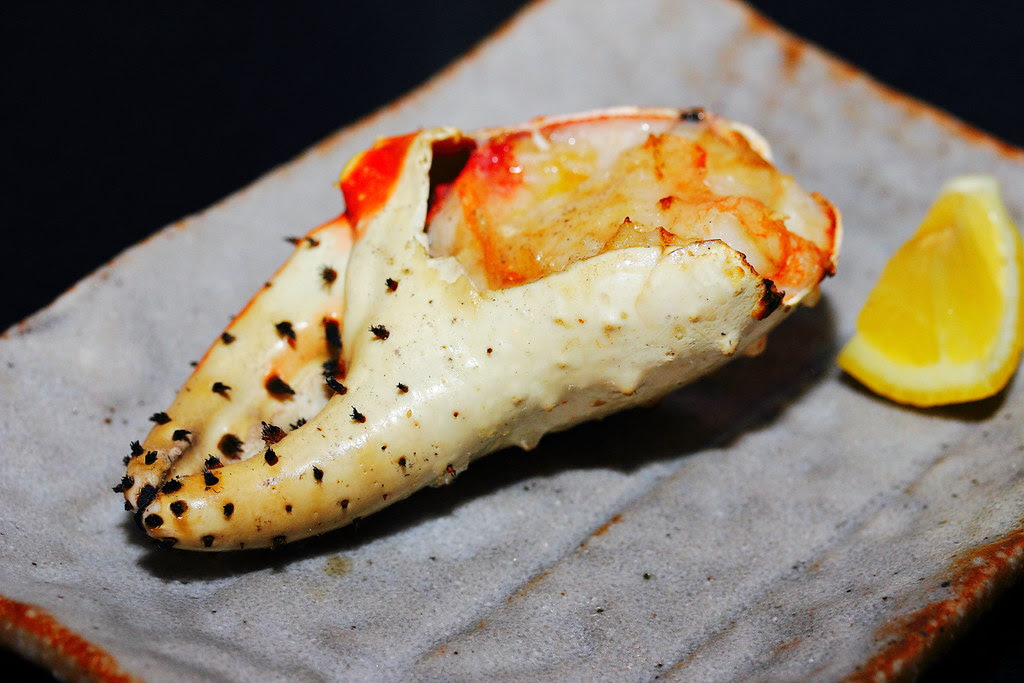 Next to the Grill section of the menu which is also the more pricey part of the menu, we got to try 3 of the dishes on the menu. The Taraba King Crab with Soy Butter ($48.50) came with a luxurious servicing of the big fat king crab claw. The smokey aroma from the grilled shell was appertising and the meat was well flavoured with the soy butter and lemon. 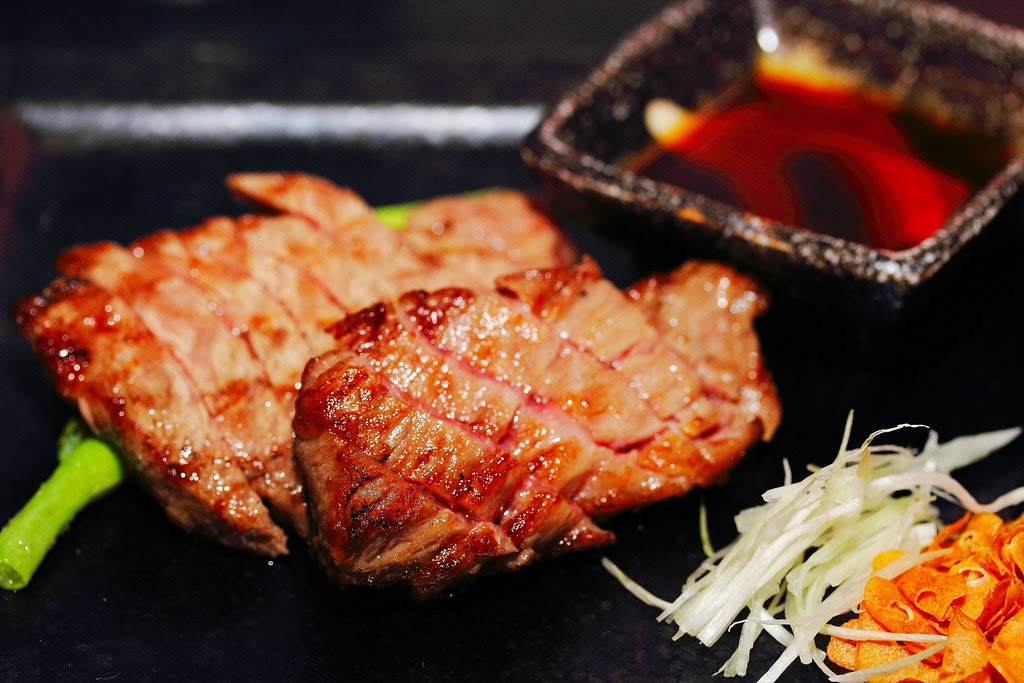 Kagoshima is the perfecture known to produced the highest quantity of beef that comes out Japan. Kagoshima beef is known for its tenderness as well as its well balanced marbling. The Kagoshima Wagyu Beef Sirloin (120g for $68.50) had a aromatic light smokey flavour from the grill. The meat was tender and melted in the mouth with its premium flavour. 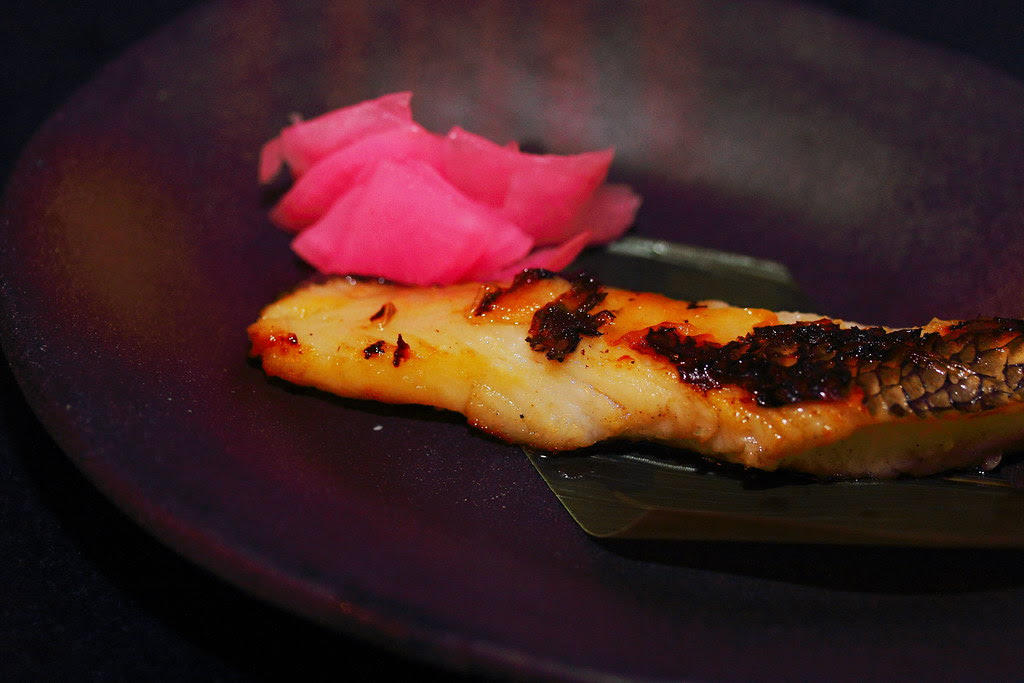 Saikyo Miso originated from Kyoto and it is known for its generous amount of rice malt, its sweetness due to the low sodium content and light beige colour. Saikyo Miso is also known as white miso due to its light beige colour. The Silver Cod Marinated in Saikyo Miso ($25.50) was grilled to perfection. The sweetness from the saikyo miso complements the silver cod excellently with a party of flavours. 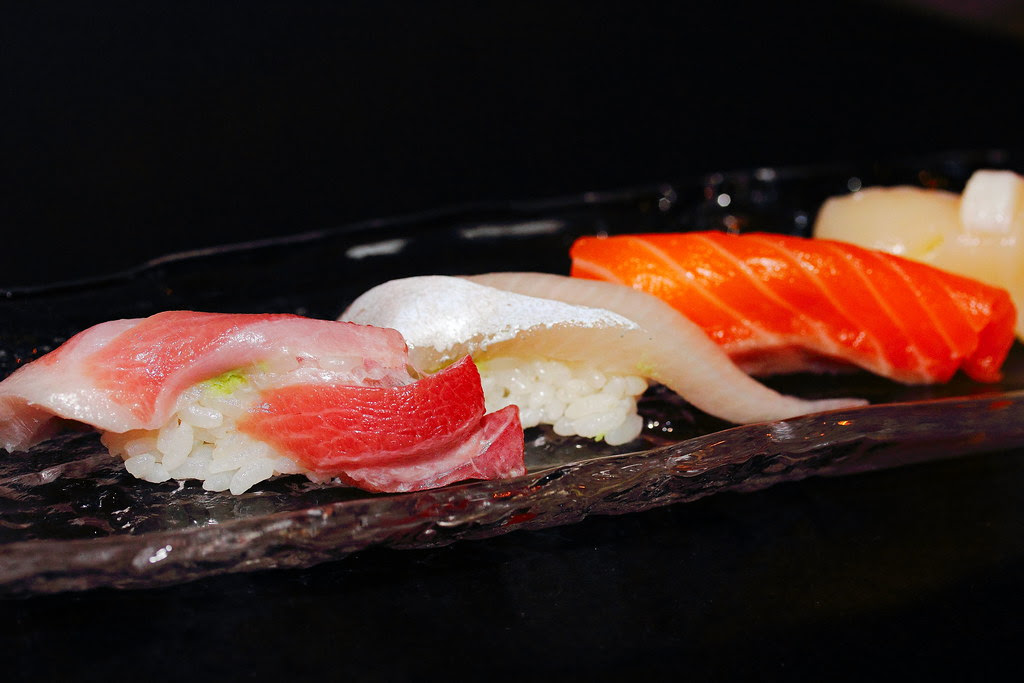 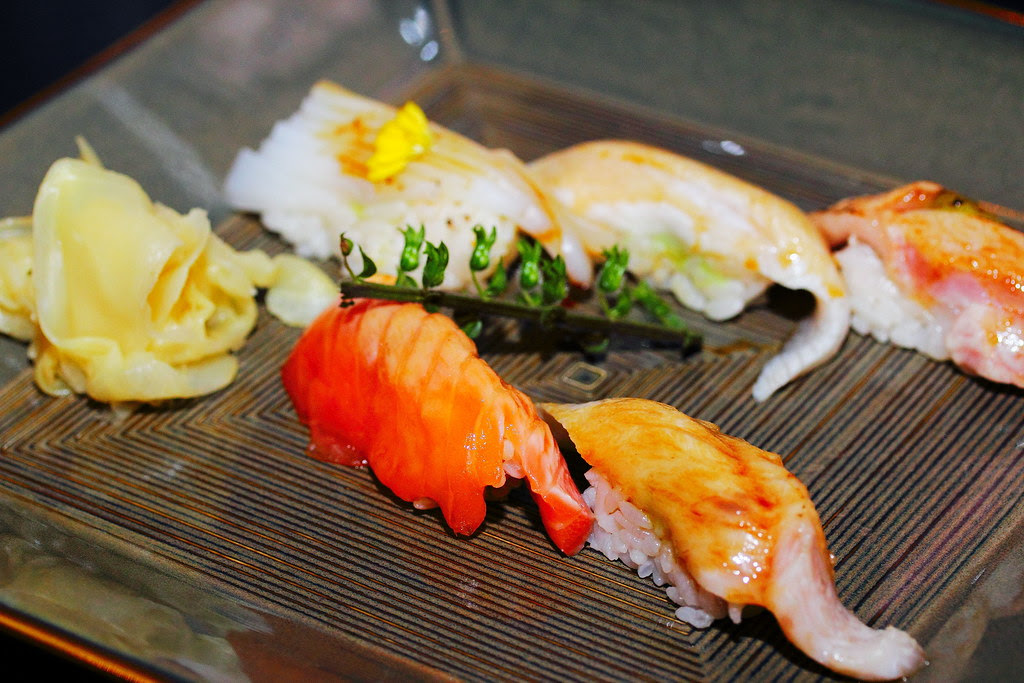 A tip for everyone if you love Japanese food. Delivery is usually on Tuesday and Friday for most of the Japanese restaurants in Singapore who imported their seafood from Japan. From the Nigiri menu, we had the Assorted 5 kinds of Nigiri Sushi ($28.5) and Assorted 5 kinds of Aburi Sushi ($38.5) that came with abundance of freshness. The aburi sushi was slightly grilled and topped with a sweet sauce giving them a more intense flavour. 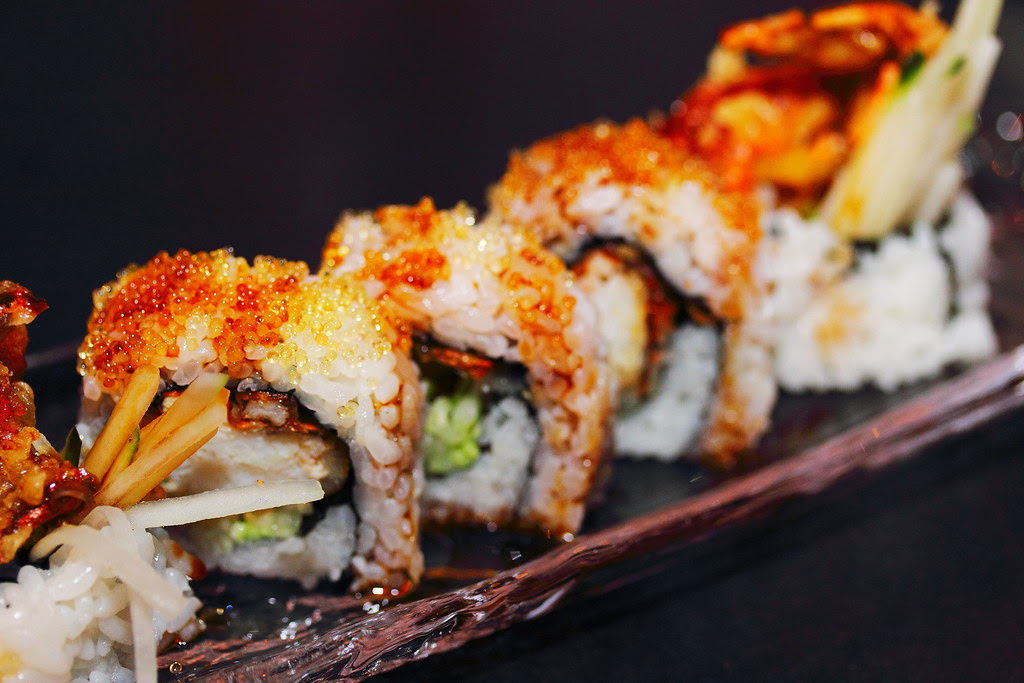 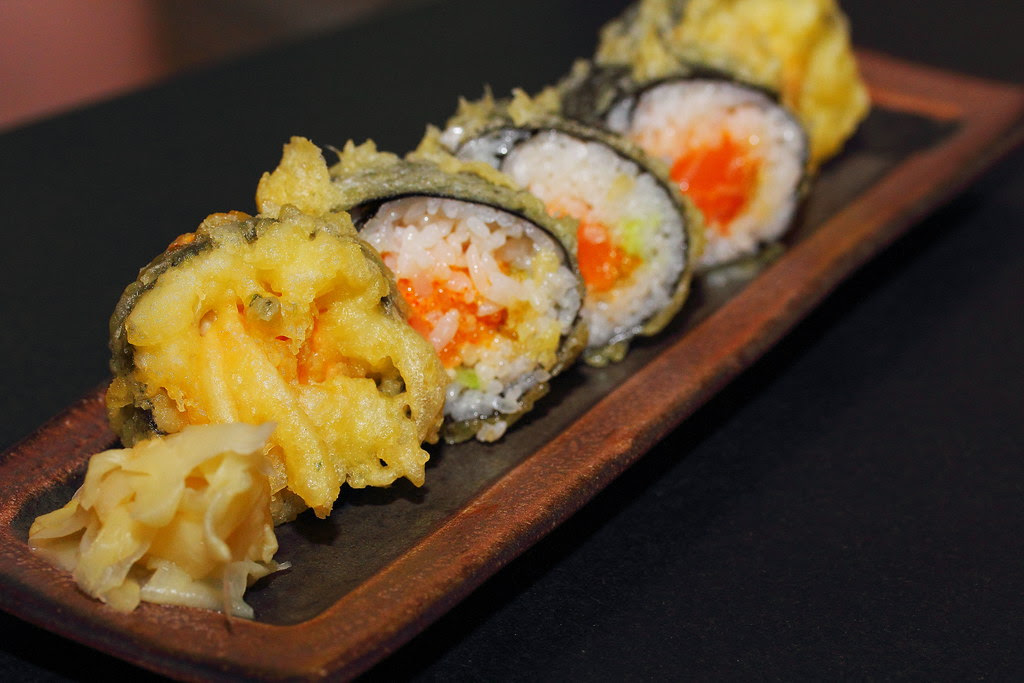 On to the Rolls menu, we tried the Shrimp Tempura California Roll ($15.50) and Crispy Hot Spicy Salmon Roll ($8.50). I thought the crispy hot spicy salmon roll was a good twist from the usual roll with a good combination of flavours and textures. 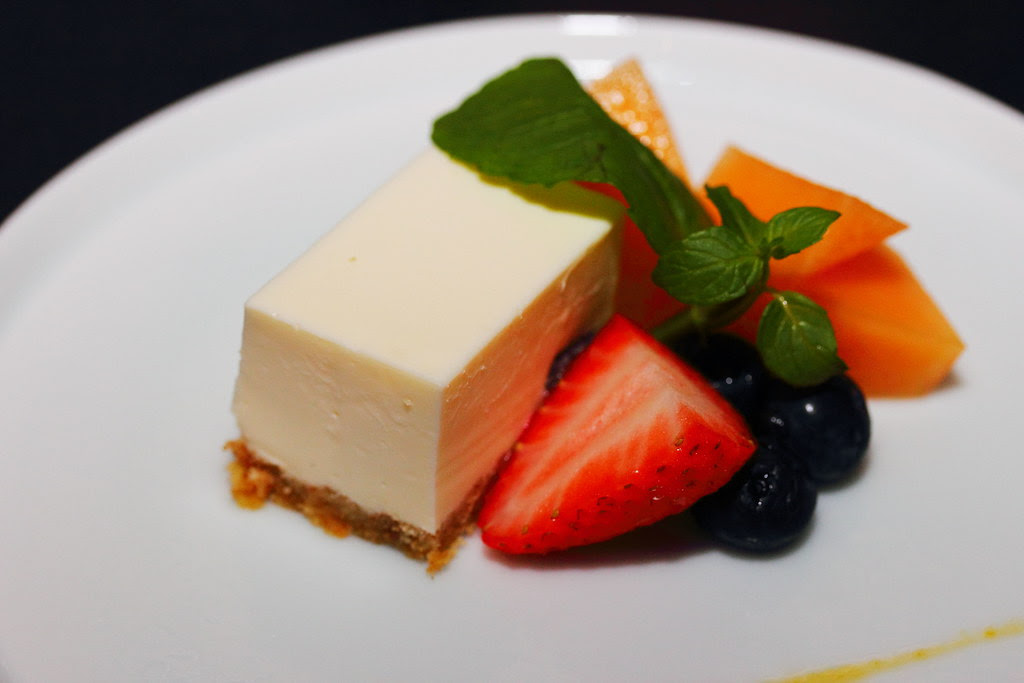 Wrapping up the dinner was an interesting Shocyu Cheese Cake with Berry ($8.50). The flavour and creation was unique but those that does not drink may not enjoy it.