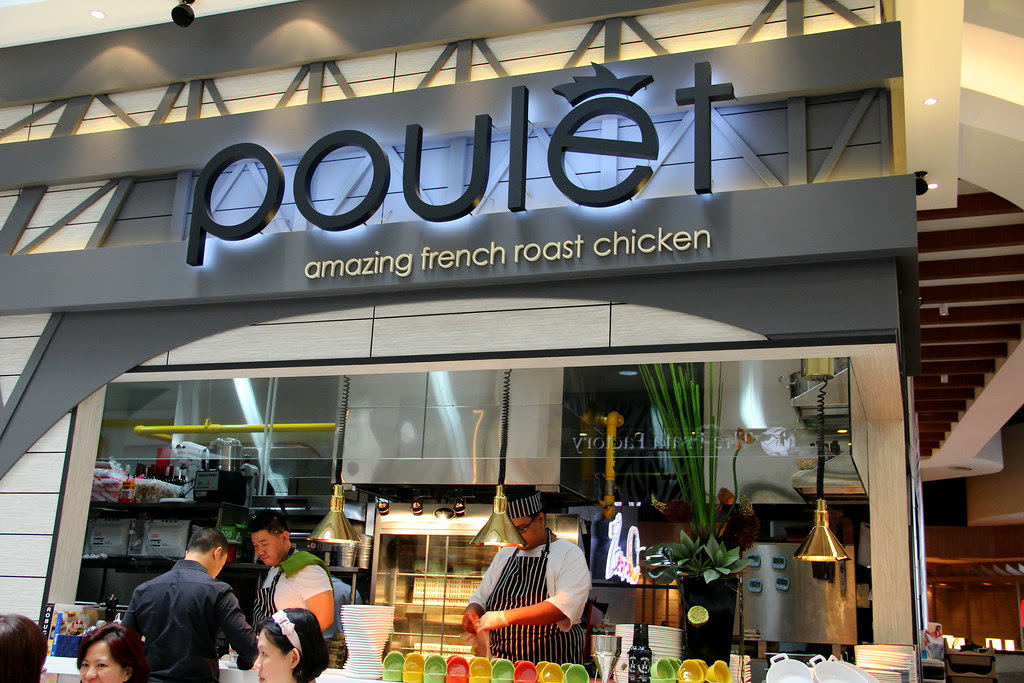 With establishments such as Saveur and Le Cuisson offering French cuisine at affordable price and doing pretty well, not surprise that ThaiExpress Group decided to open Poulet at the refurnished Bugis+ (known as Iluma previously) to tap on the emerging market.

I decided to make a trip down to Poulet with my girl for lunch to check out the so called French bistro. Poulet has an open concept kitchen in a casual setting at leve 4 of Bugis+. Browsing through the menu, most of the items on the menu are priced below $16 excluding gst and other charges. 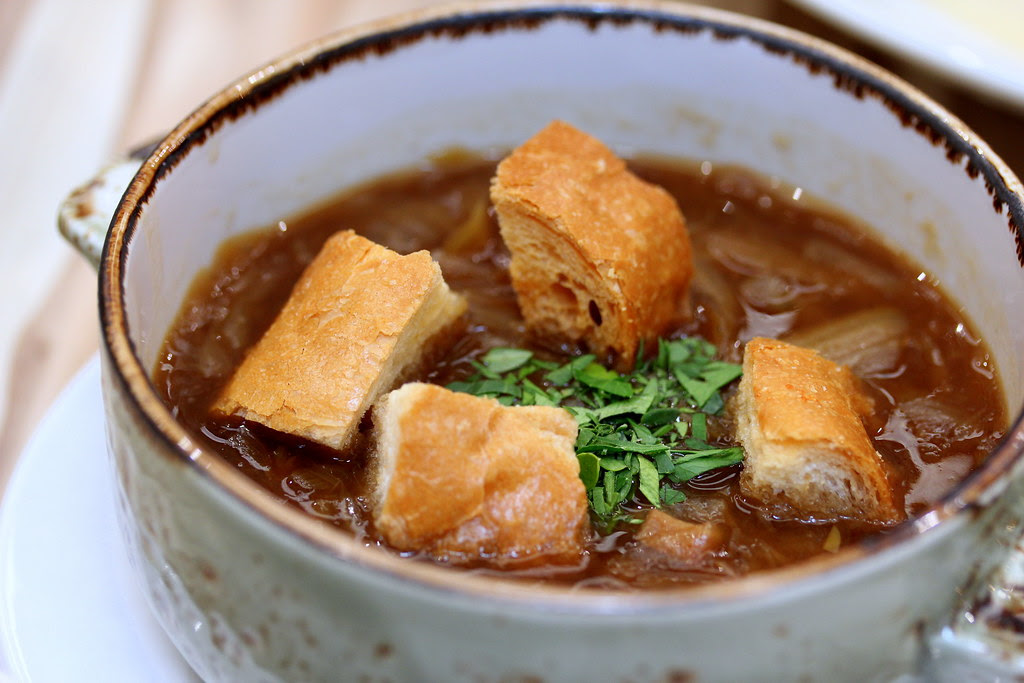 The French Onion Soup ($5.80) was decent but not awesome. I couldn't really taste the sweetness of the caramelised onion. The soup was also a hint too salty. 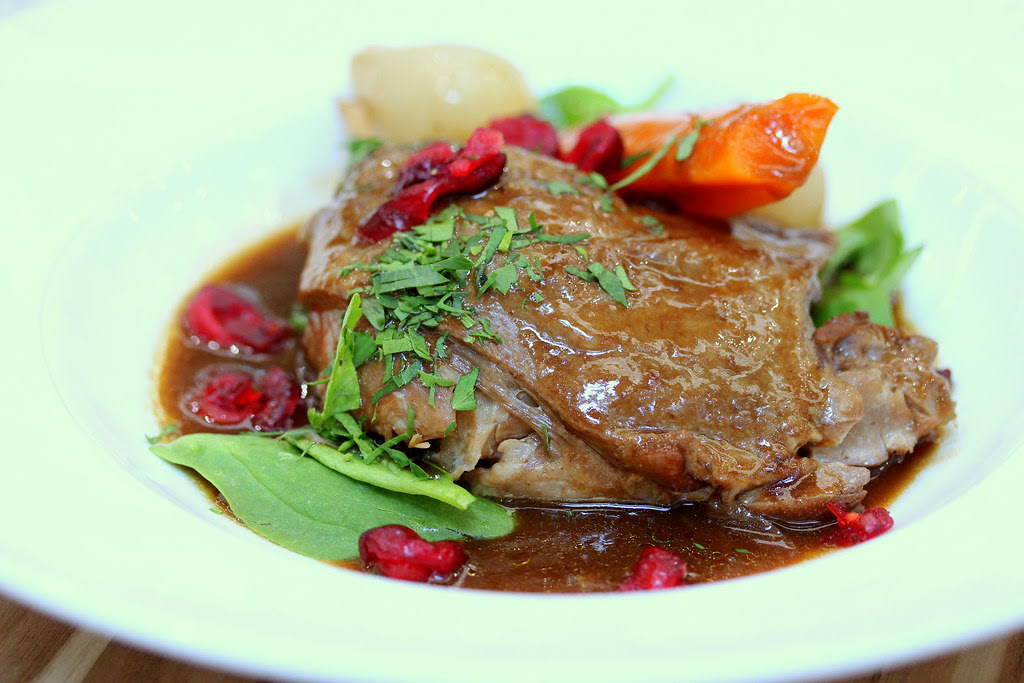 The Braised Duck Leg ($15.80) in sweet wine sauce on baby spinach topped with cranberry and glazed shallot was pretty good. The duck meat was so moist and tender that it slipped off with bone with ease. The sweetness of the sauce cutting through the meat was also interesting and delightful to the palate. 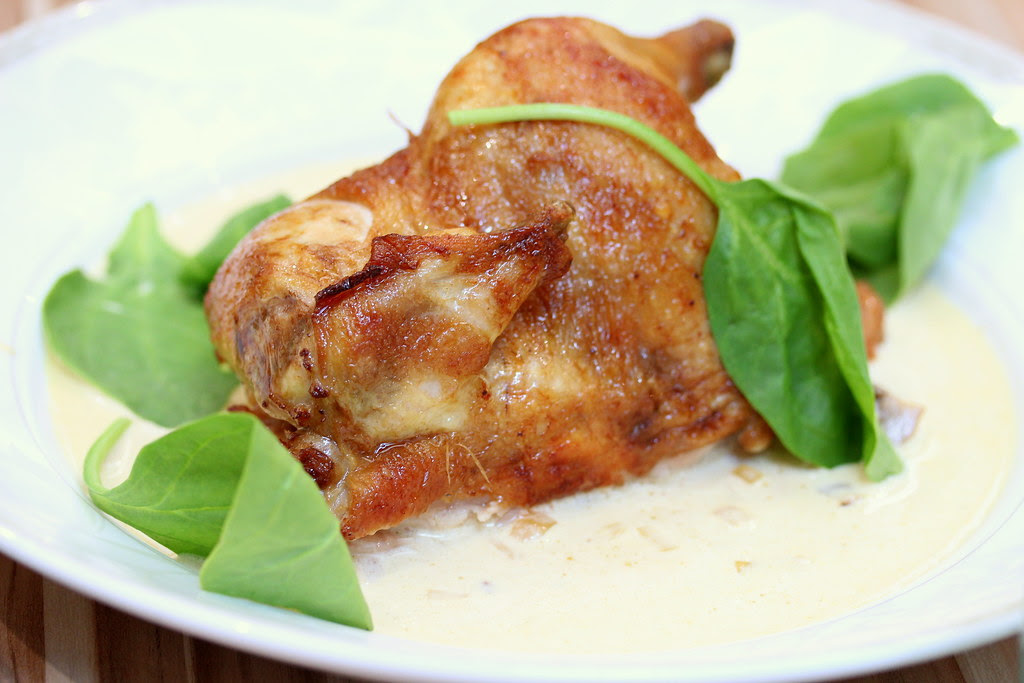 Poulet Roti ($15.80 half / $28.80 whole) is the restaurant's signature dish. The Rotisserie chicken is slow roast to a golden brown and paired with homemade mushroom chardonnay sauce. Thumbs up for the mushroom chardonnay sauce. It was such a beautiful sauce to go with the chicken. Unfortunately our chicken was a little bit raw at the intersection of the leg and we had to send it back to the kitchen. Follow up visits from friends seem like the cooking of the chicken lacks consistency. 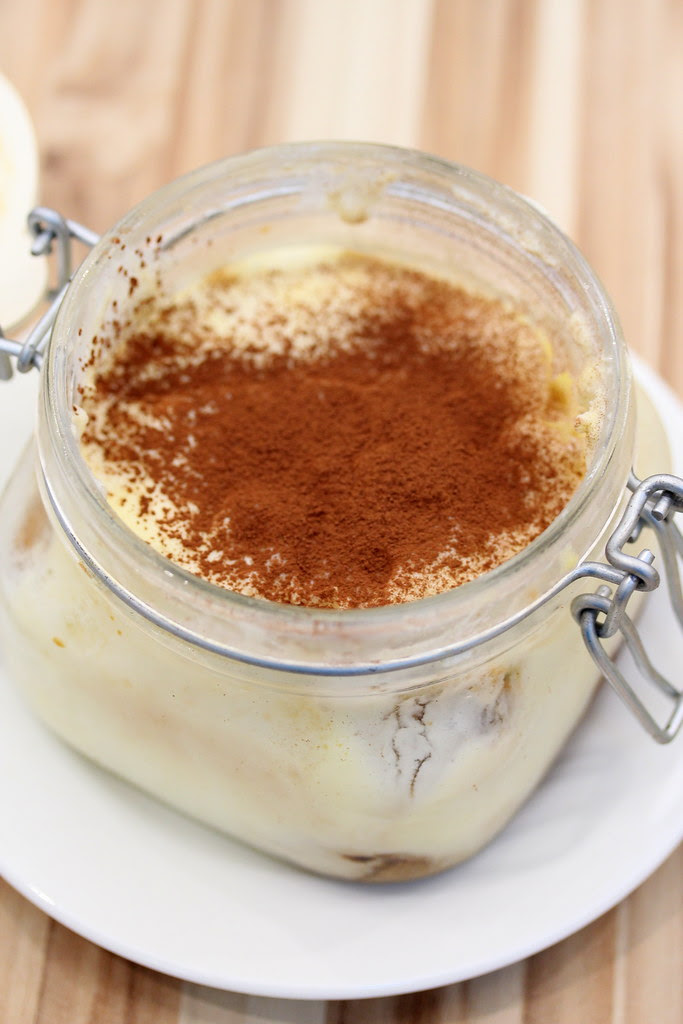 The Tiramisu ($7.80) is a must try here. The tiramisu is made with mascarpone cheese, sponge finger soaked in espresso and rum syrup. I enjoyed the wetness of the tiramisu that came with aromatic coffee and trace of alcohol flavours all coming together.