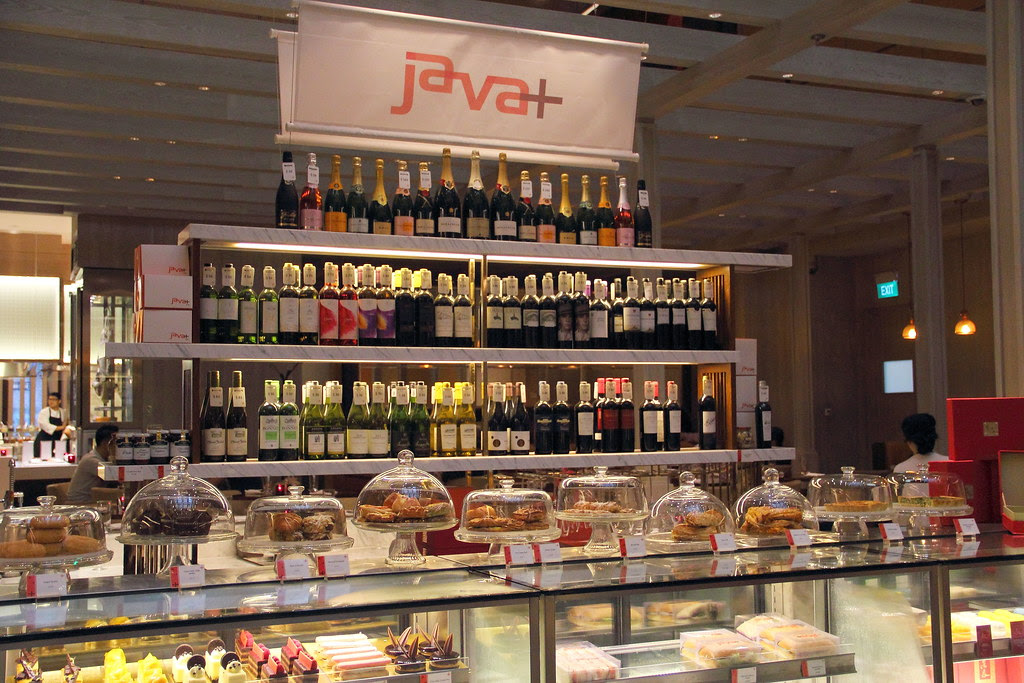 After a multi million refurbishment of Marriott Hotel, I was invited by the folks of Marriott Hotel and Grebstad Hicks Communications on a food tour around the 5 food establishments of the hotel with fellow bloggers. We were also very privilege to be accompanied and hosted by the new Executive Chef, Kevin Thomson who joined Marriott Hotel in December 2011. 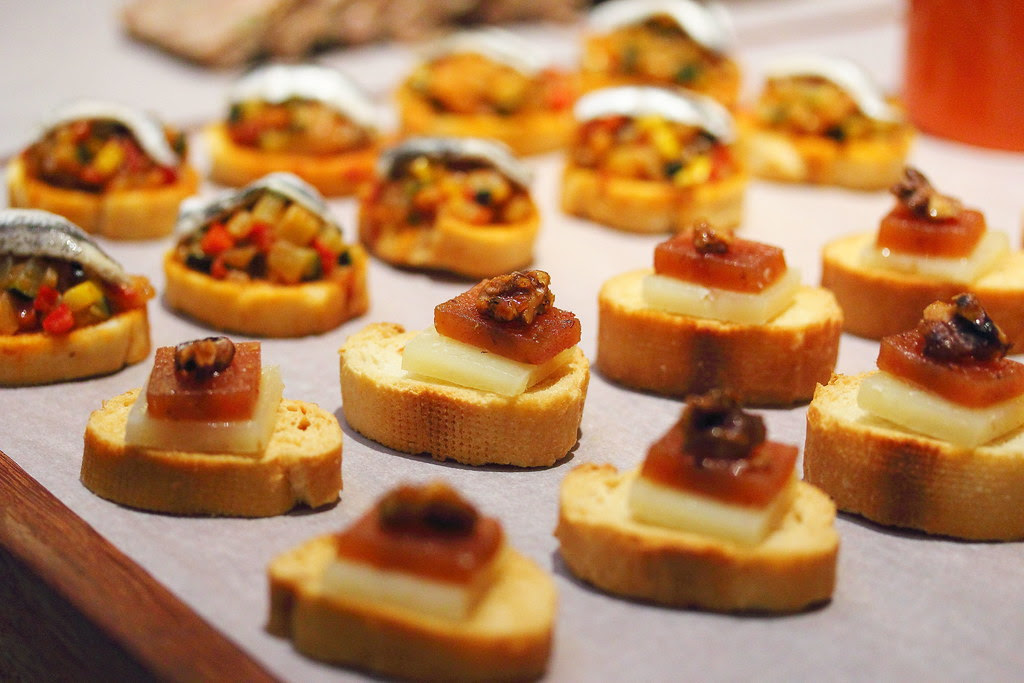 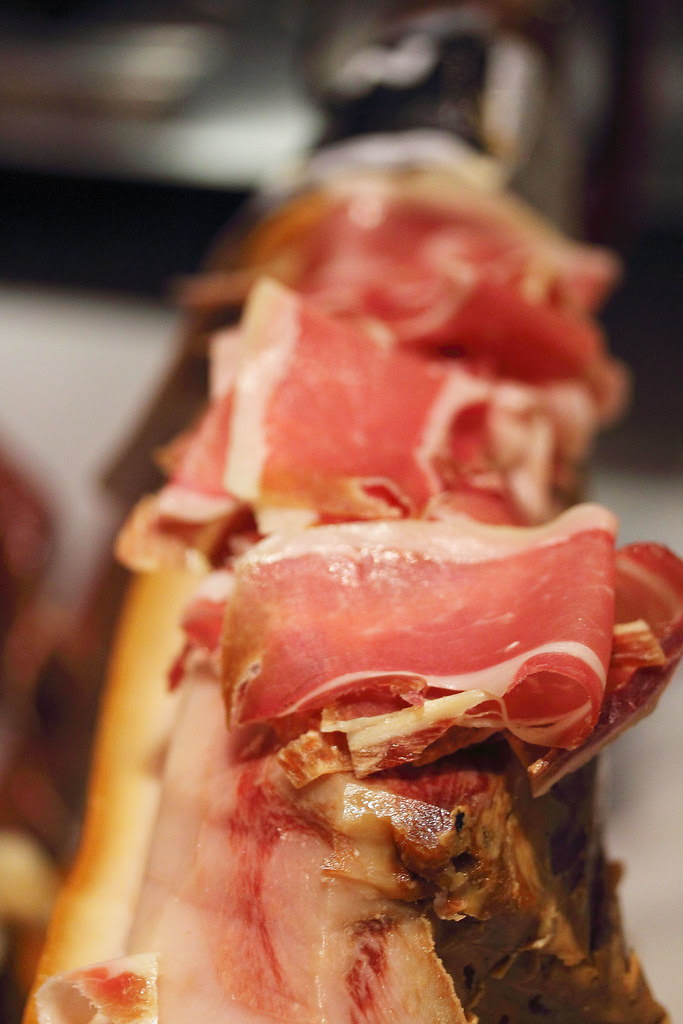 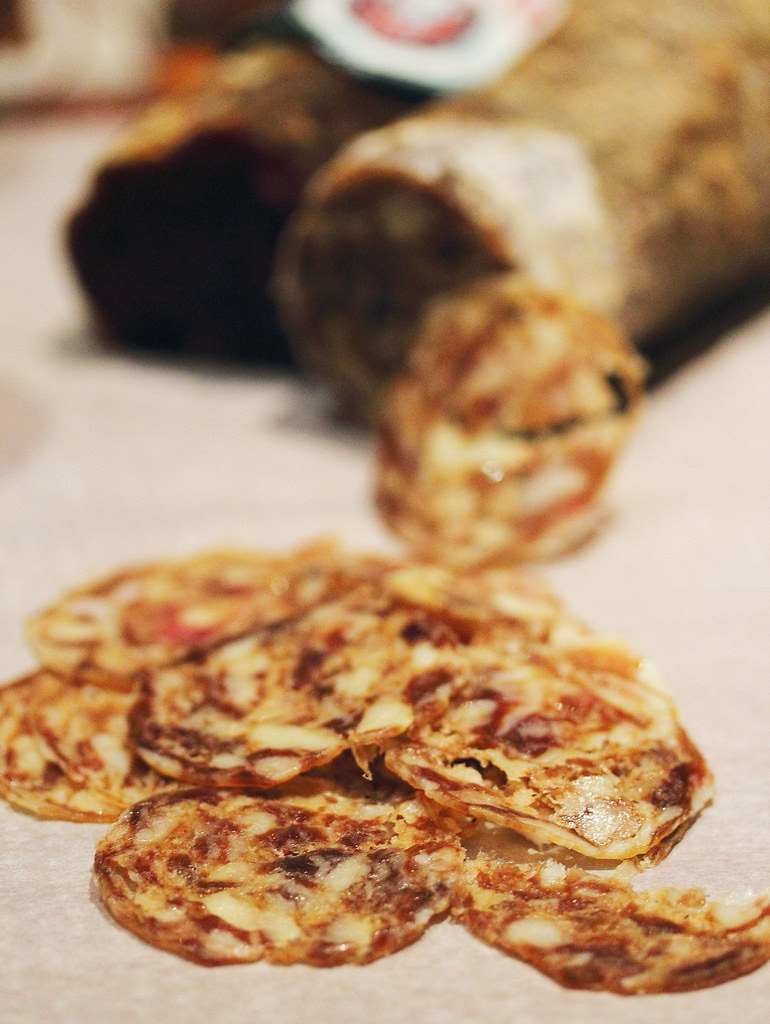 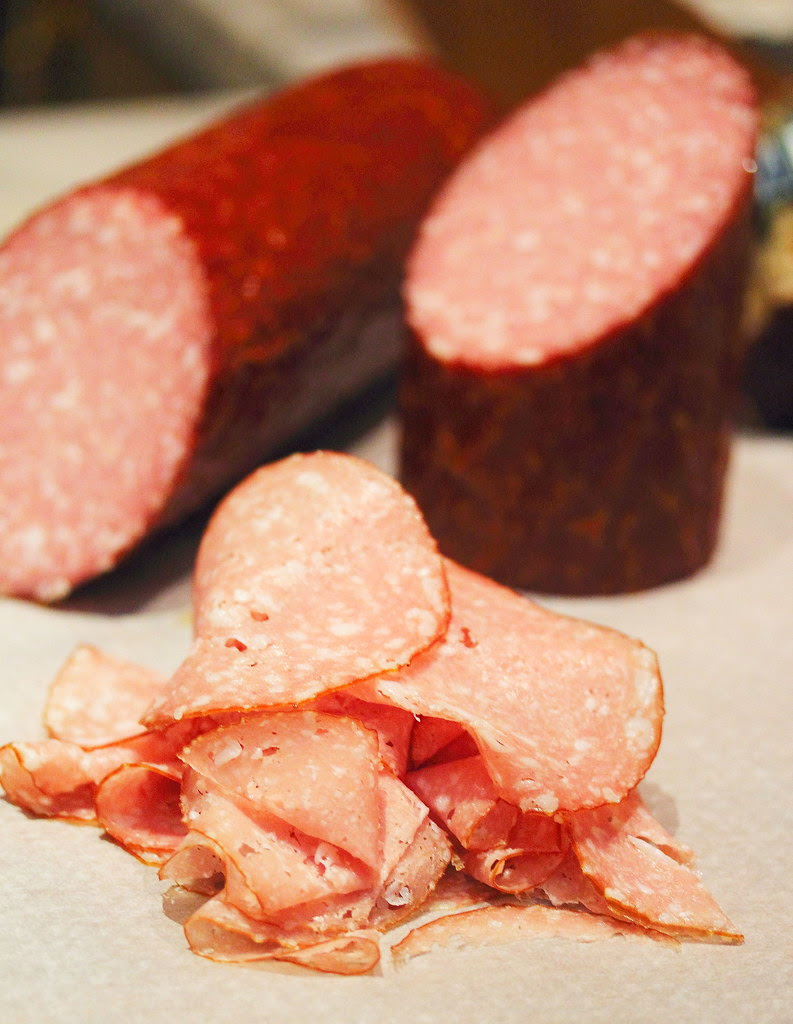 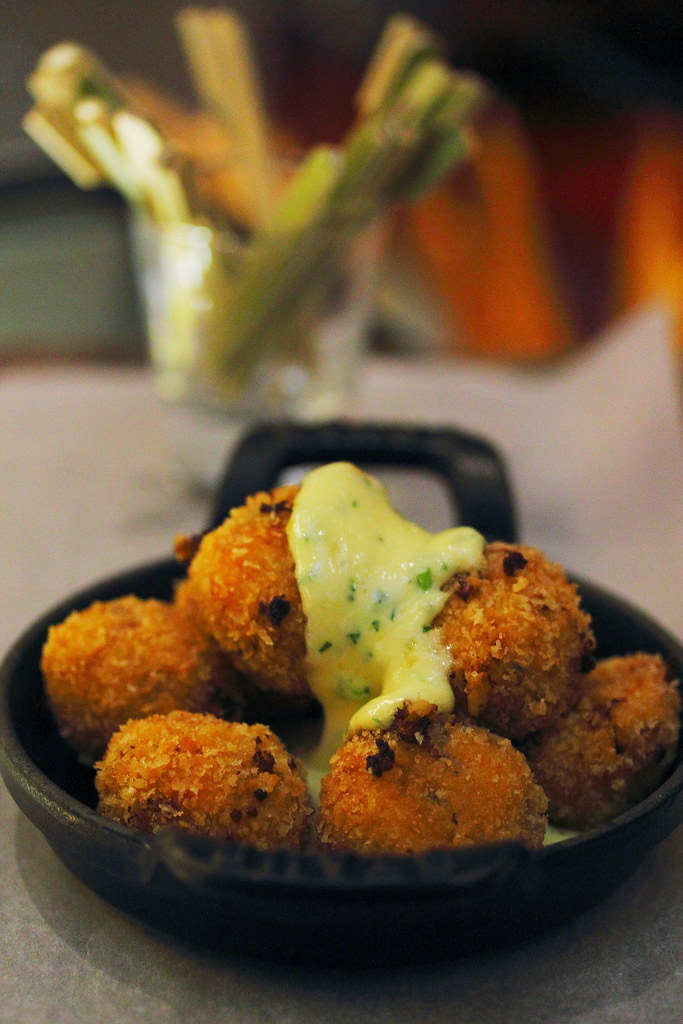 At night, Java+ is a perfect spot to unwind where customers can savour a glass wine and authentic Spanish tapas. 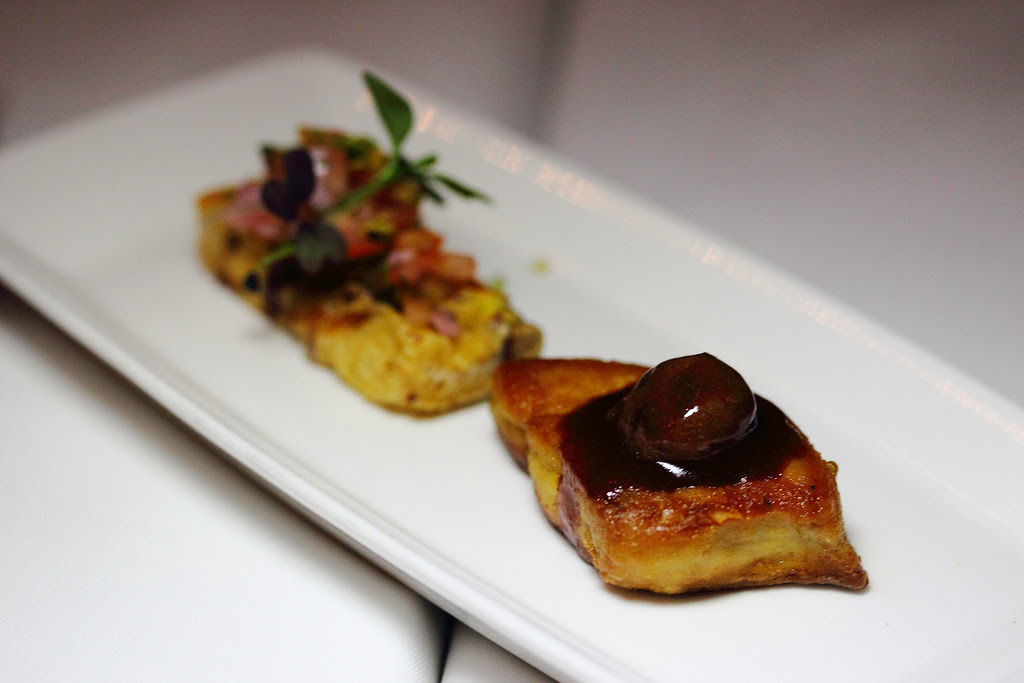 Our next stop is Pool Grill on the level 5 of Marriott Hotel. The chic alfresco restaurant serves contemporary western cuisine. The restaurant with a capacity of up to 40 diners offers a resort-like setting with its casual ambience and tropical setting. 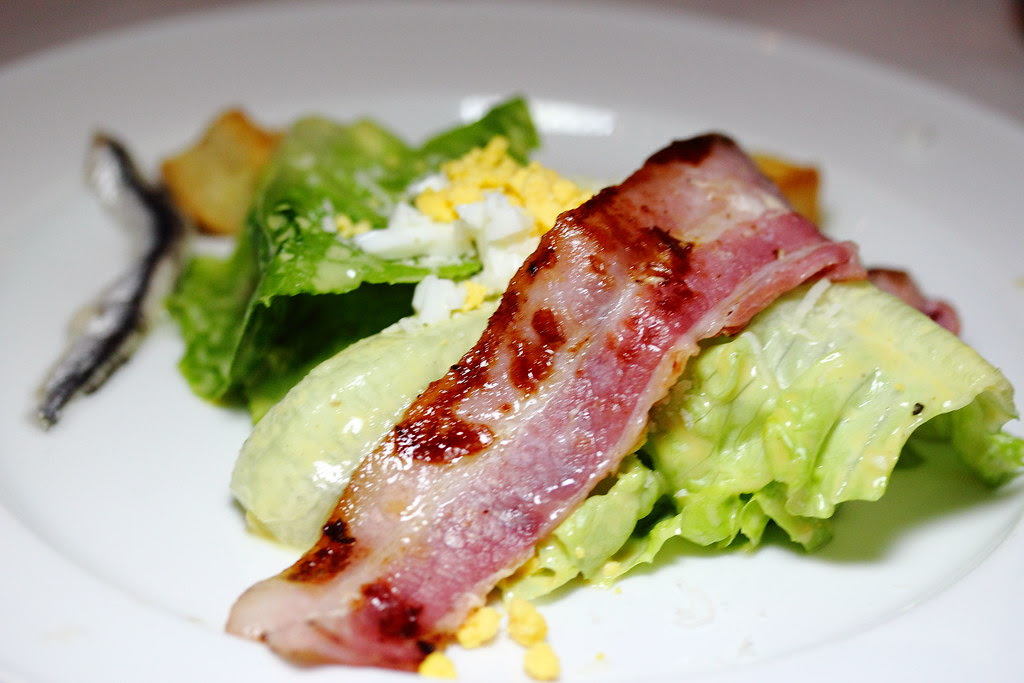 While we were enjoying our pan seared Foie Gras, at the same time the restaurant manager was at the table side preparing our Caesar Salad. Uniquely at Pool Grill, Marriott Hotel is bringing back geuridon service preparing only the freshest ingredients at table side. 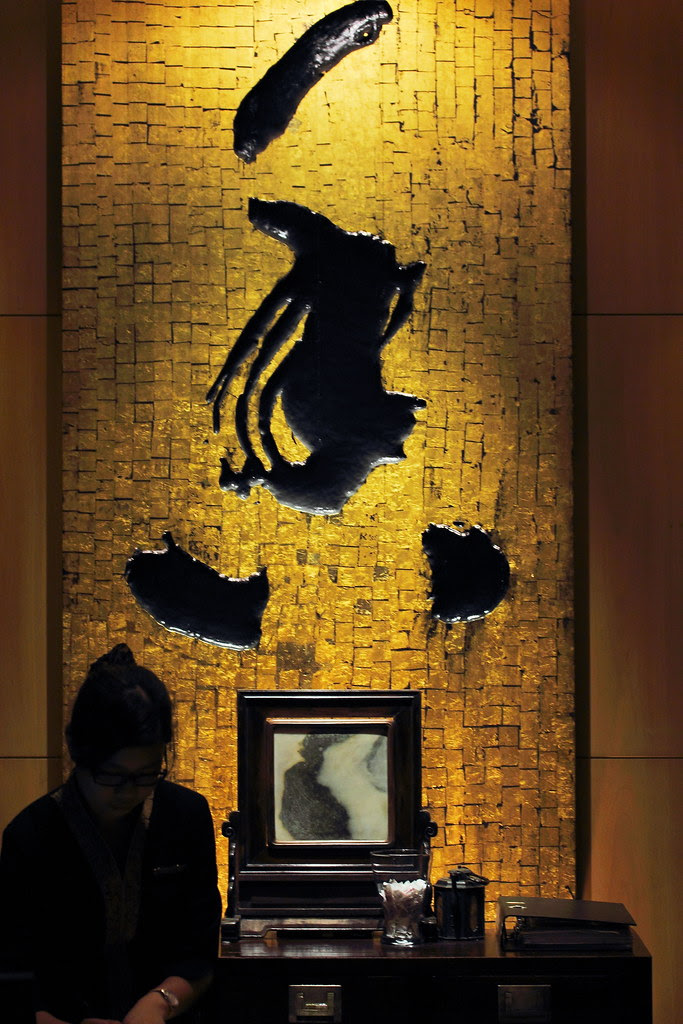 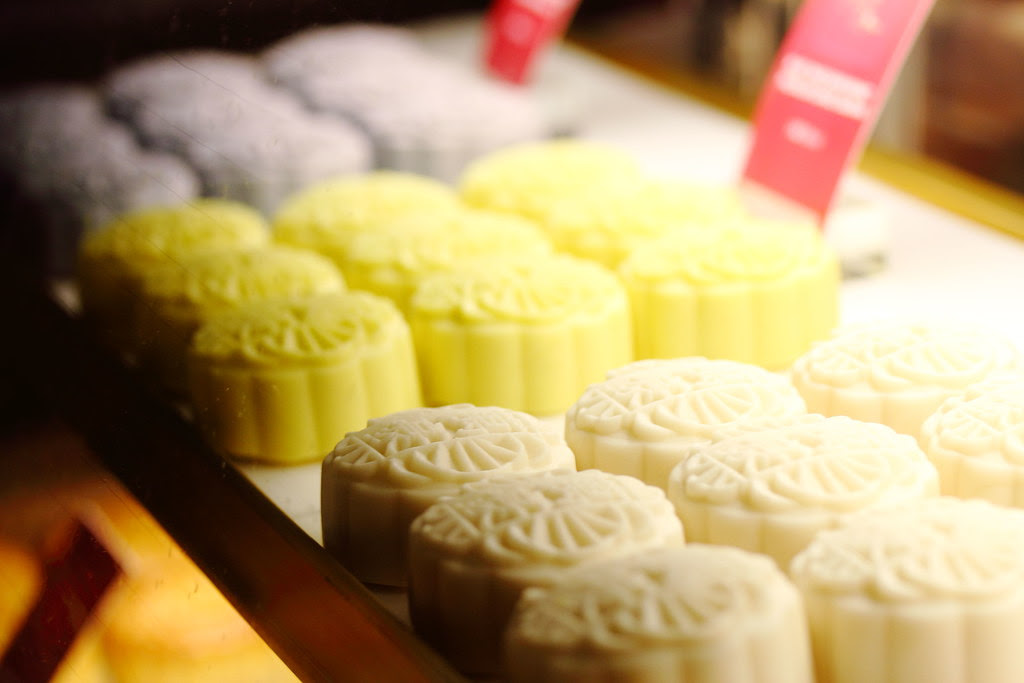 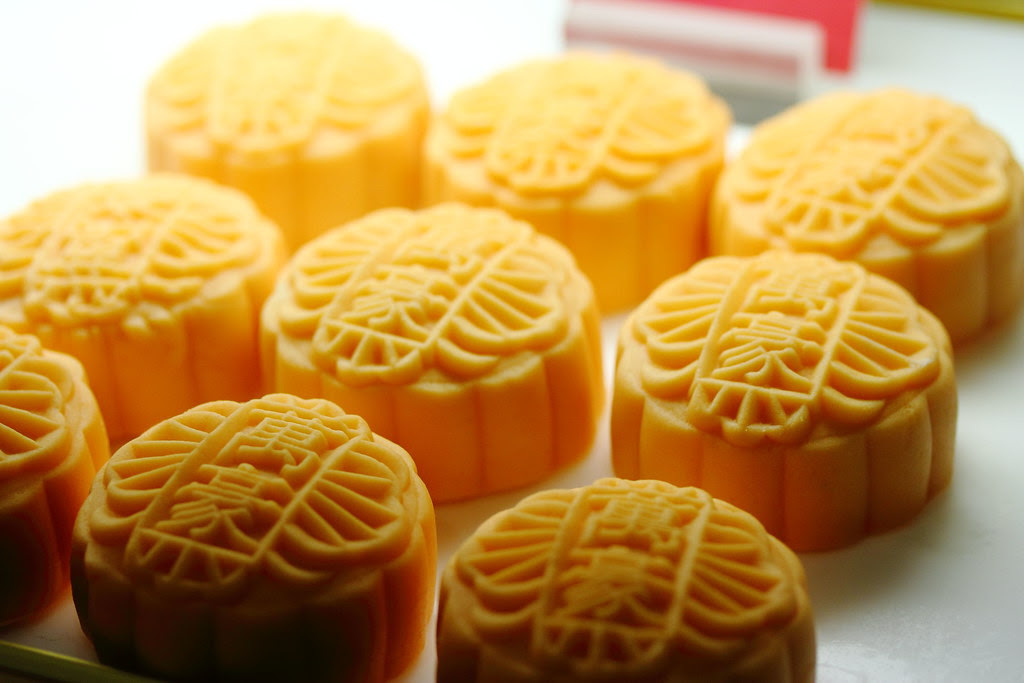 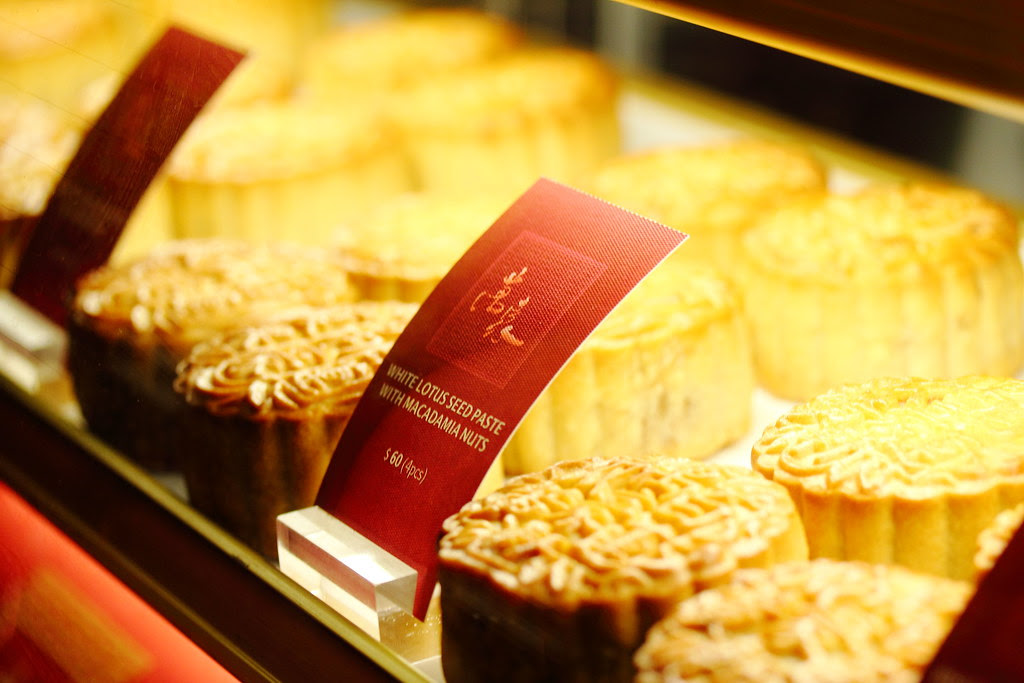 Also available at Wan Hao is the traditional homemade baked mooncakes. I noticed an interesting flavour among the baked mooncakes on the shelf, Chicken Bak-Kwah and Assorted Nuts with White Lotus Seed Paste! Wow! isn't it brillant to infuse Bak-Kwah into the white lotus seed paste.  I am looking forward to taste it. 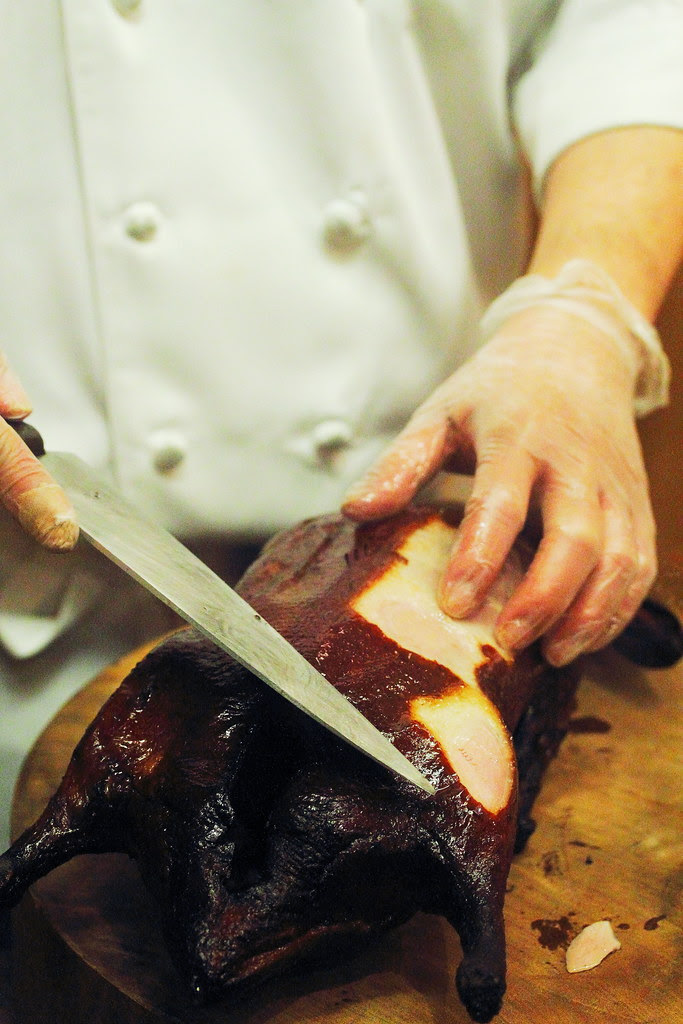 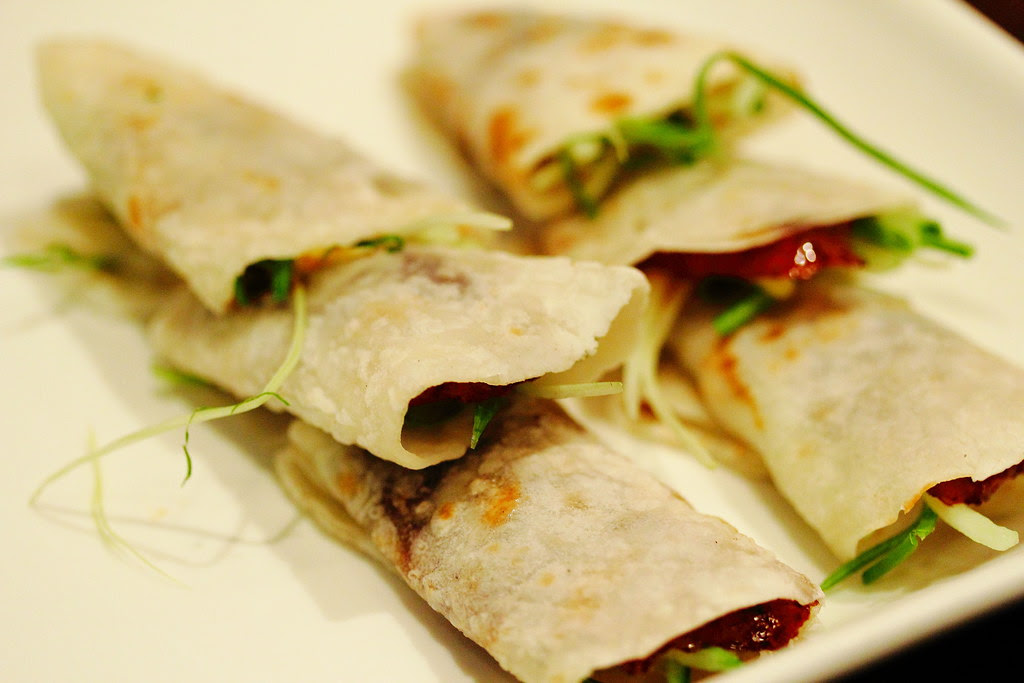 A must try at Wan Hao Chinese Restuaurant is the famous Peking Duck. It was roasted to perfection and served with authentic Chinese crepe. The thin crepe wrapped with the roasted duck skin, special sauce and greens sang in harmony in the mouth. 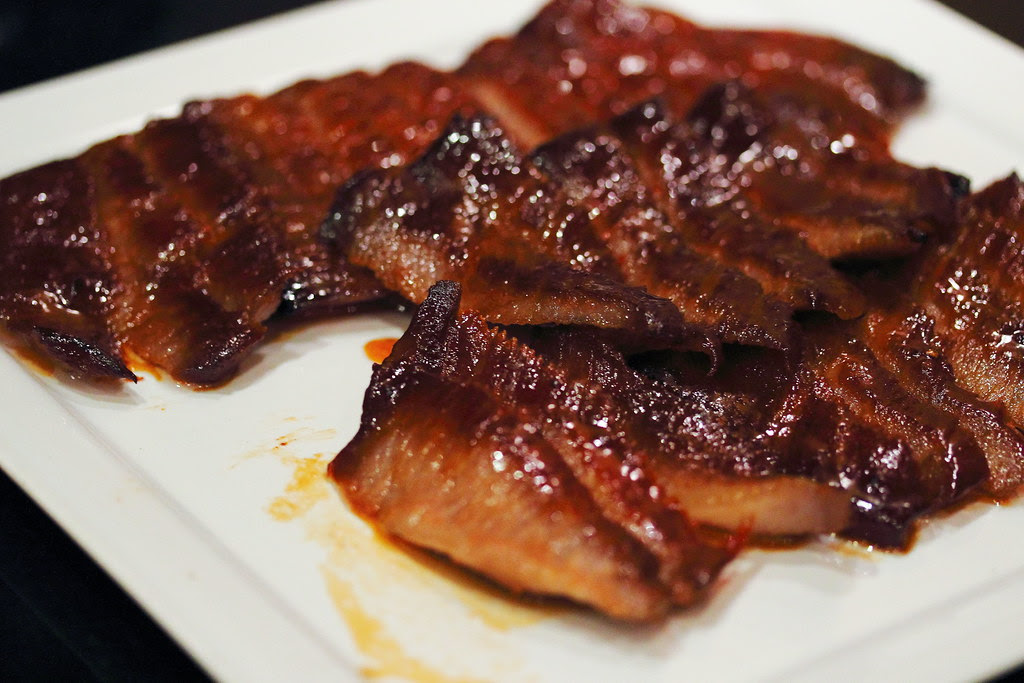 With the skilled techniques and the most premium ingredients, the rare succulent Spanish Iberico Pork Shoulder was uniquely done in char siew style. The chef told us that the meat is from the back of the neck and each pig only has a piece. The char siew Spanish Iberico pork shoulder has a crunchy texture which was very enjoyable. 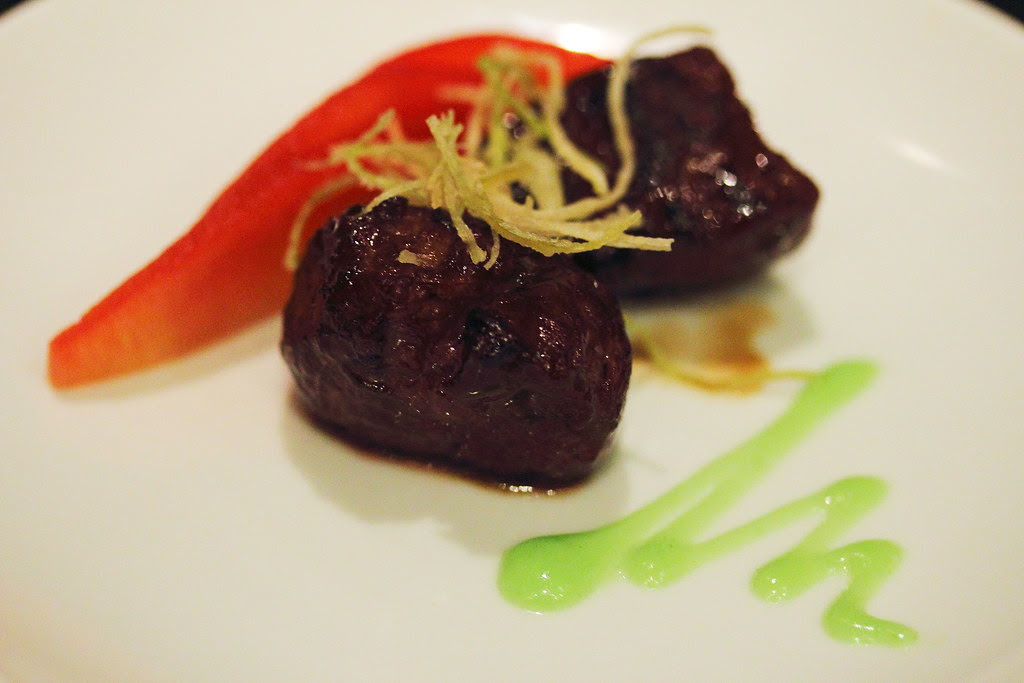 Another speciality is the Wok-fried Murray Bridge Beef Tenderloin with Chilled Marinated Sour Plum Pear. The beef was nicely flavoured and tender. The chilled marinated sour plum pear was a nice refreshing and interesting touch for the dish. 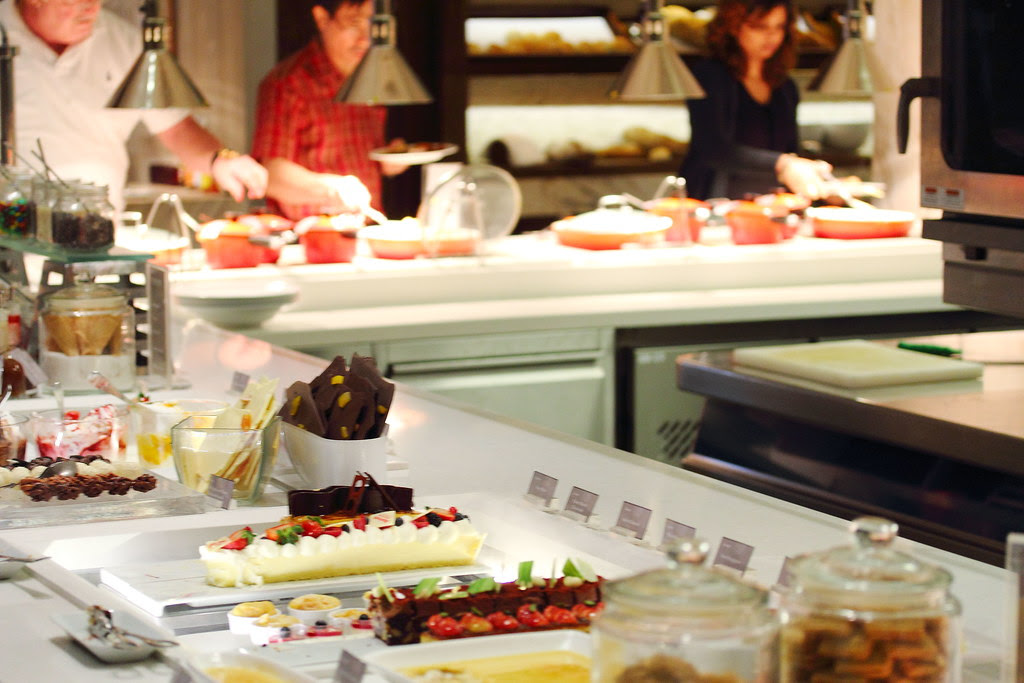 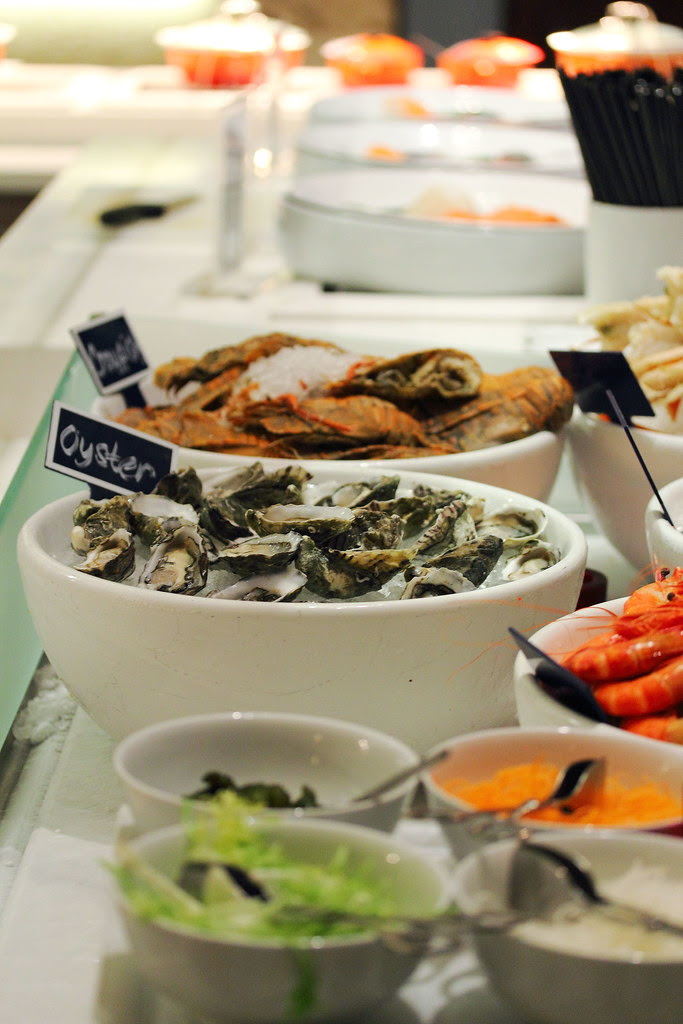 The Marriott Cafe is re-opened in 2012 after a 3 month long refurbishment with an open kitchen, and multiple live cooking stations allowing chefs to prepare all orders a la minute upon request. Marriott Cafe specializes in buffet fare championing a "Freshness Redefined" concept whereby 10 chefs take centre stage at an open kitchen to serve up a highly curated menu of quality dishes from the East and West. Look out for the massive Beech Oven that slow roasted delicable premium imported meats and product too. Renovated in 2012, Crossroads Cafe familiar design has been reinvigorated with a new colour palate, prominent wine fridge and ambient lighting creating a relaxed yet chic atmosphere, with daily blackboard specials.

Going beyond the look and feel, the restaurant now offers guests a newly revamped menu of signature dishes, a wider selection of premium wines by the glass and the largest range of draft beers on tap of any 5 star hotel in Singapore.

The Calamari was extremely tender with a nice crisp light batter wrapping around the springy seafood. The calamari was marinated in pineapple juice before being fried giving it the delectable texture. 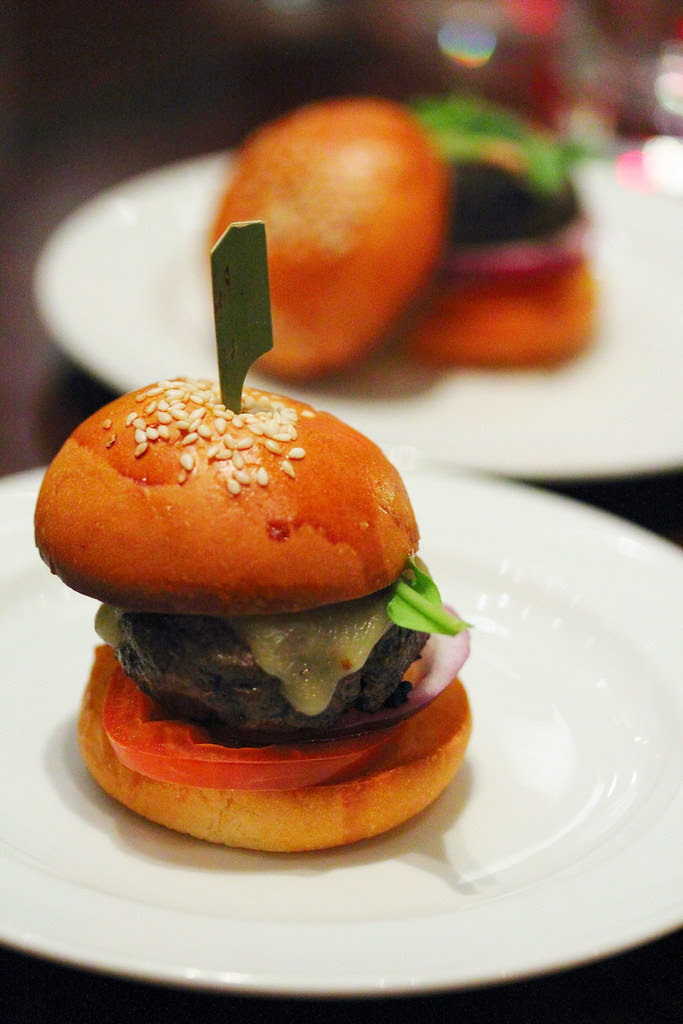 The Waygu Burger was juicy and beautiful cooked. I was glad that it was done in a bitesize slider after all the food from the variou restaurants. 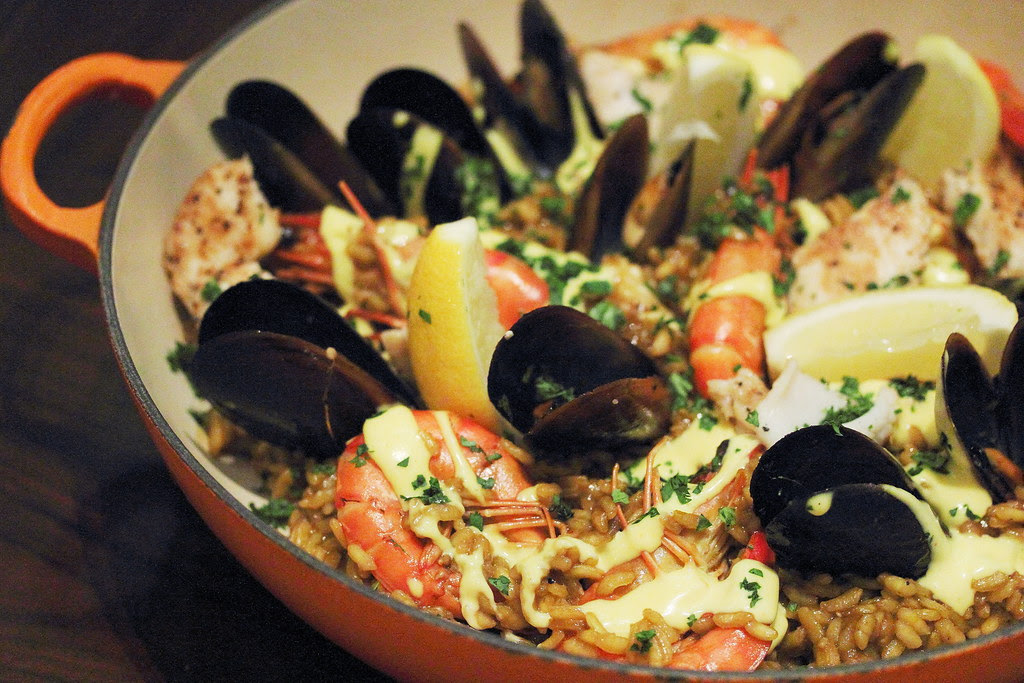 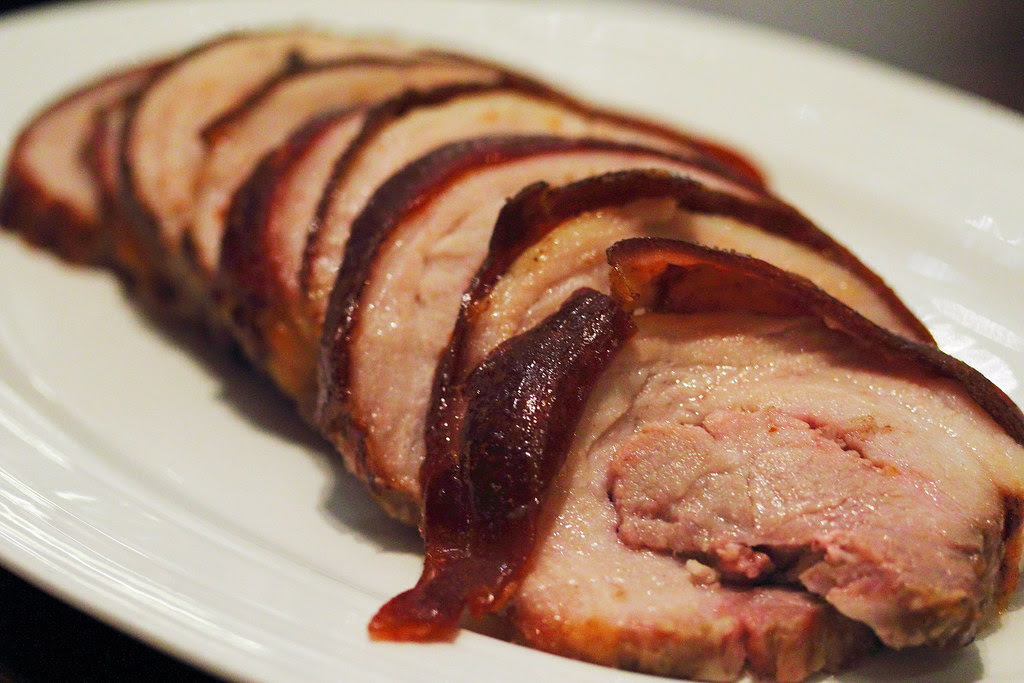 Another popular favourite among the group was the Roasted Pork Belly stuffed with prunes and herbs. The crackling crisp skin with the succulent pork was beautiful itself even without the sauces. 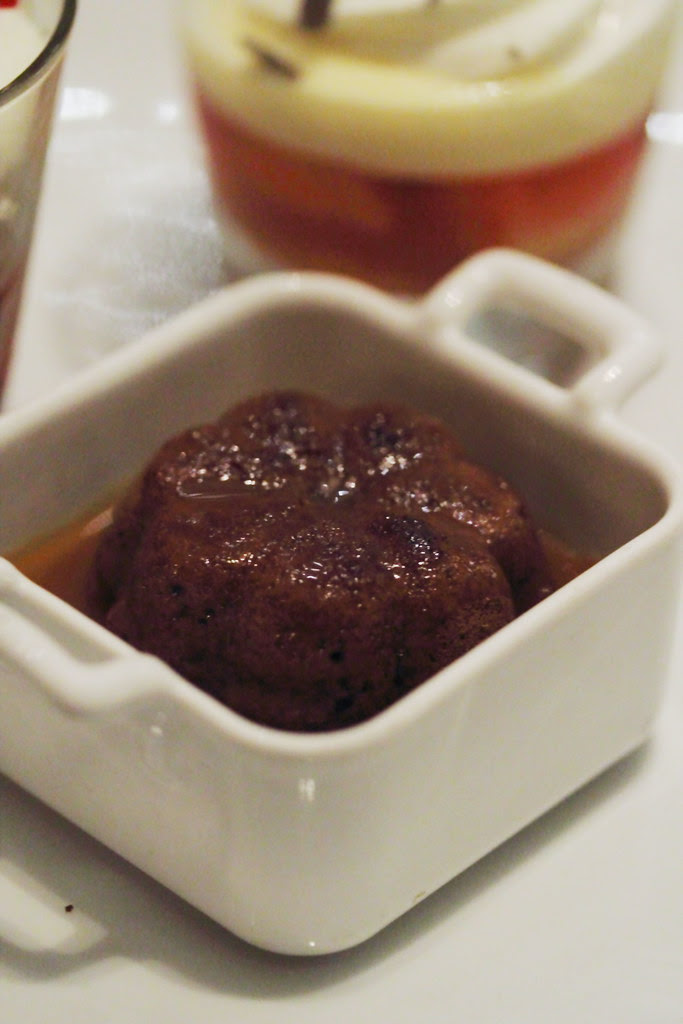 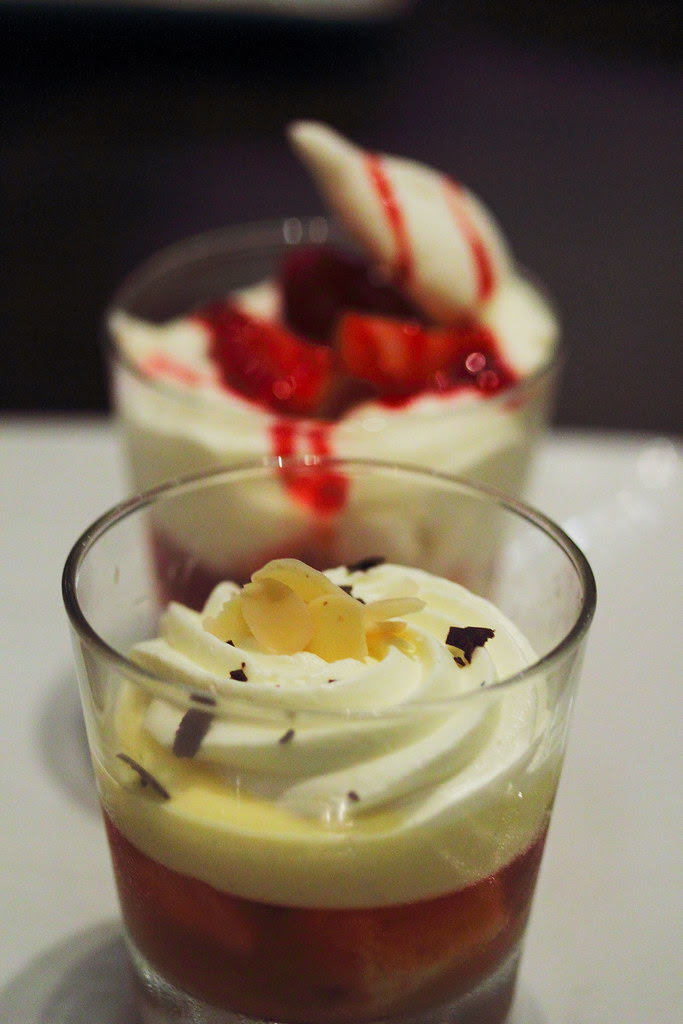 The night ended with some lovely desserts.