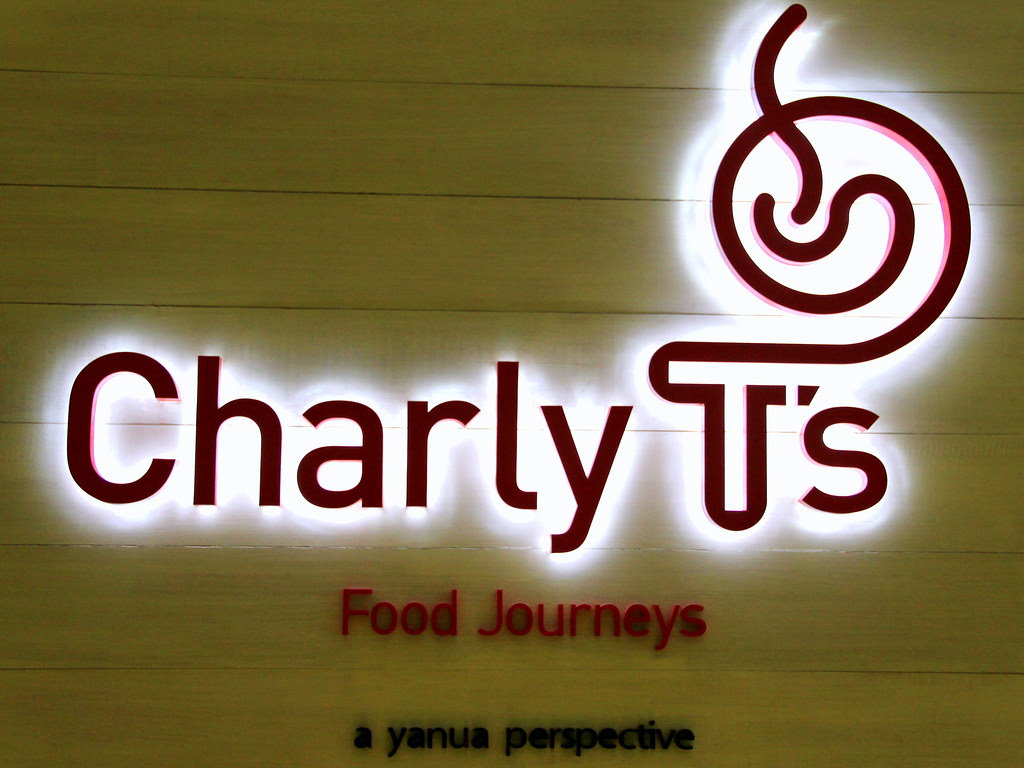 Dining at the Charly T's is like embarking on a food journey around the world. The owner a globetrotter brings local flavours of his journey across the continents to the diners plate. Being a mixlogist himself, the menu also includes some of his creation. At Charly T's, food is first ordered at the counter and it will be served to your table when it is ready. 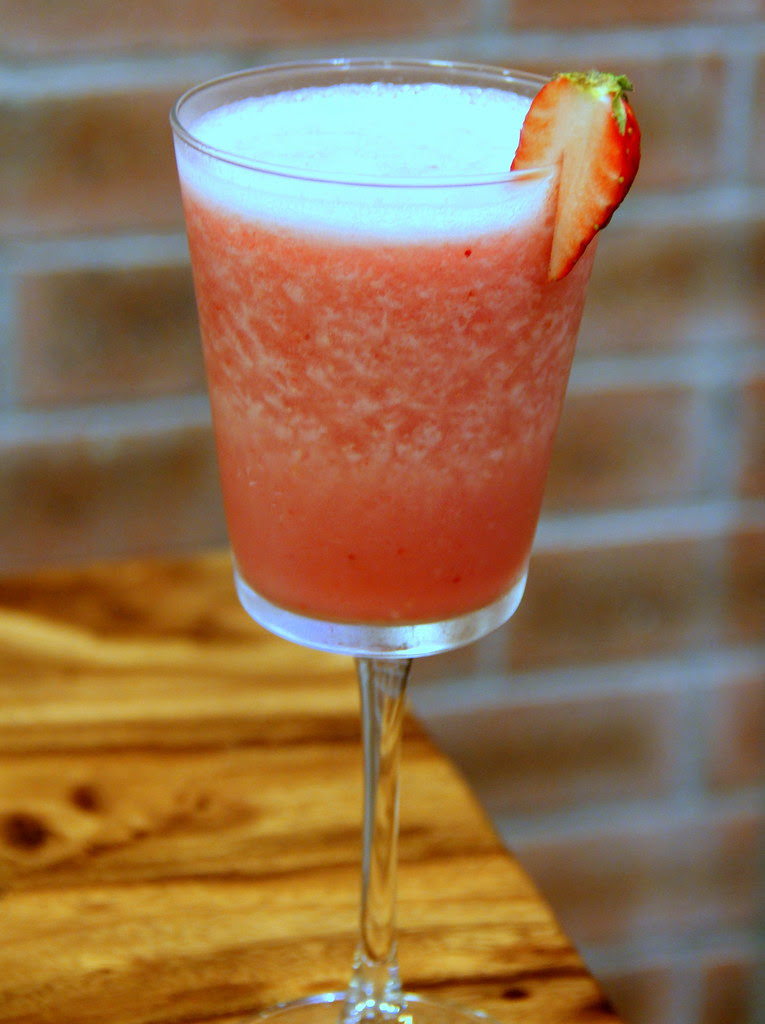 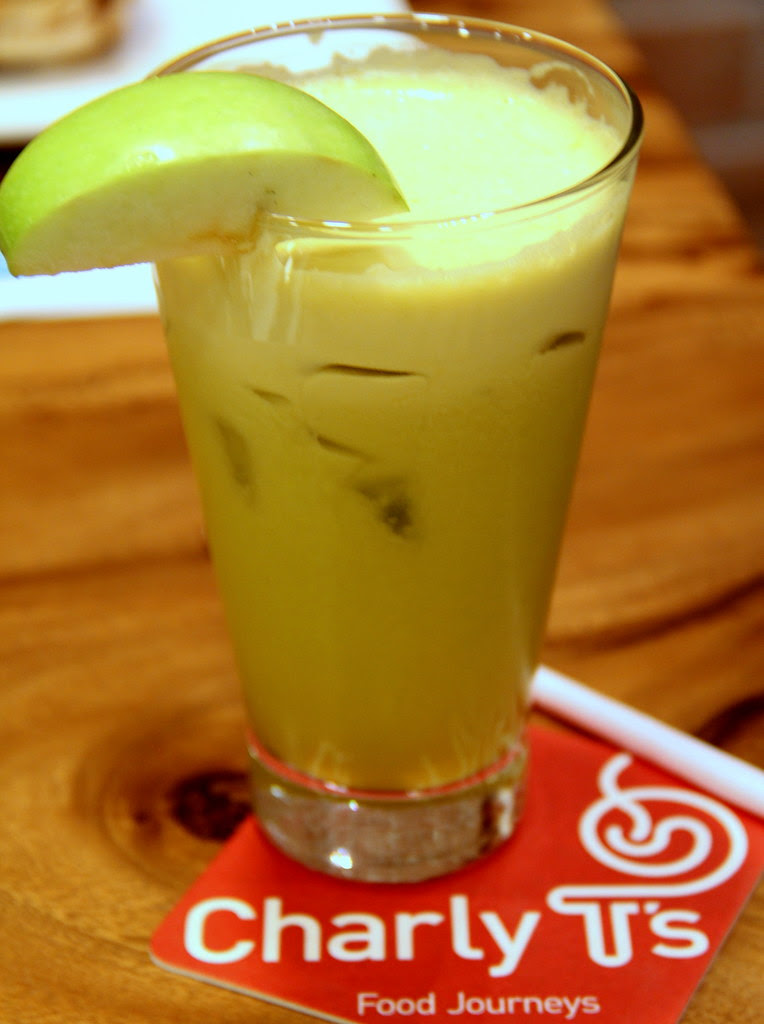 Like a traveller in the business class cabin eagerly waiting for our flight to embark on food journey at Charly T's, we were served 2 of CT's Odysseys the Red Tang and Green Flash. The Red Tang ($6.50) is a drink mixture of strawberry, cranberry and lychee while the Green Flash ($6.50) consists of green apple, orange and pineapple. The fresh, refreshing and fruity drinks jet us off for a food escapade. 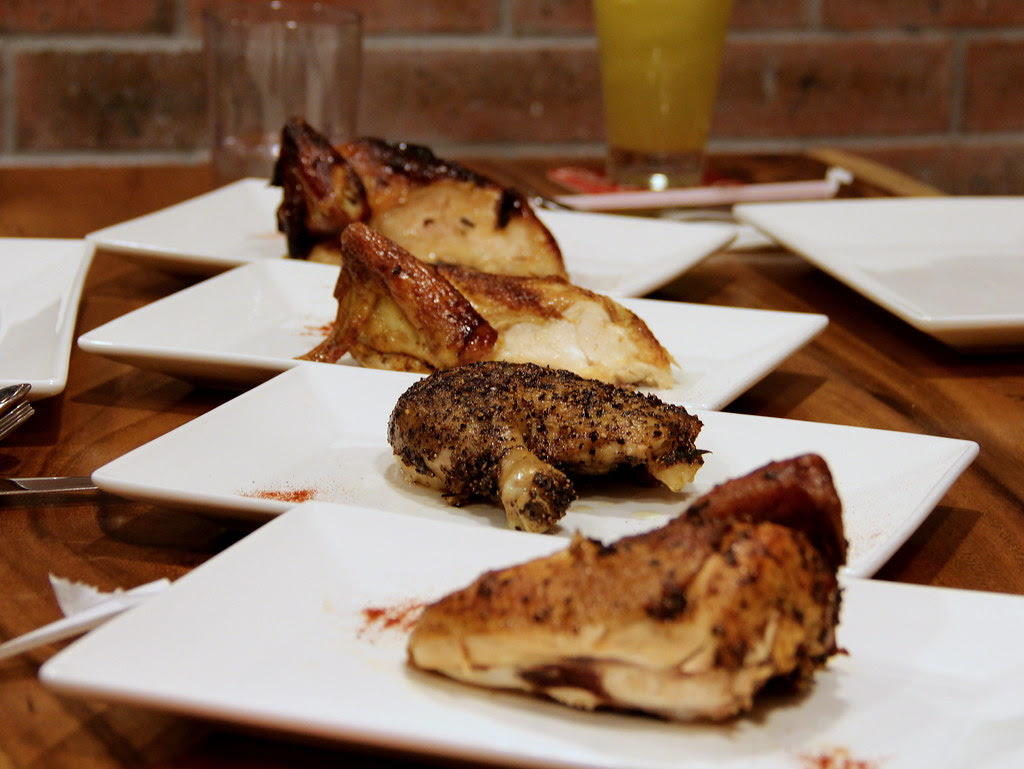 A best try at Charly T's is their famous Rotisserie Chicken. It comes in 4 flavours (original, black pepper, kampong and kansas city BBQ). The chicken were marinated for a good 13 hours before being roasted and served. The meat was very tender and moist and most of us could not decide which flavours was our favourite as all of them were as good.

Current Charly T's at I12 Katong is having an Opening Promotion which entitles diners to 50% off our famous rotisserie chickens from now till mid-March 2012. 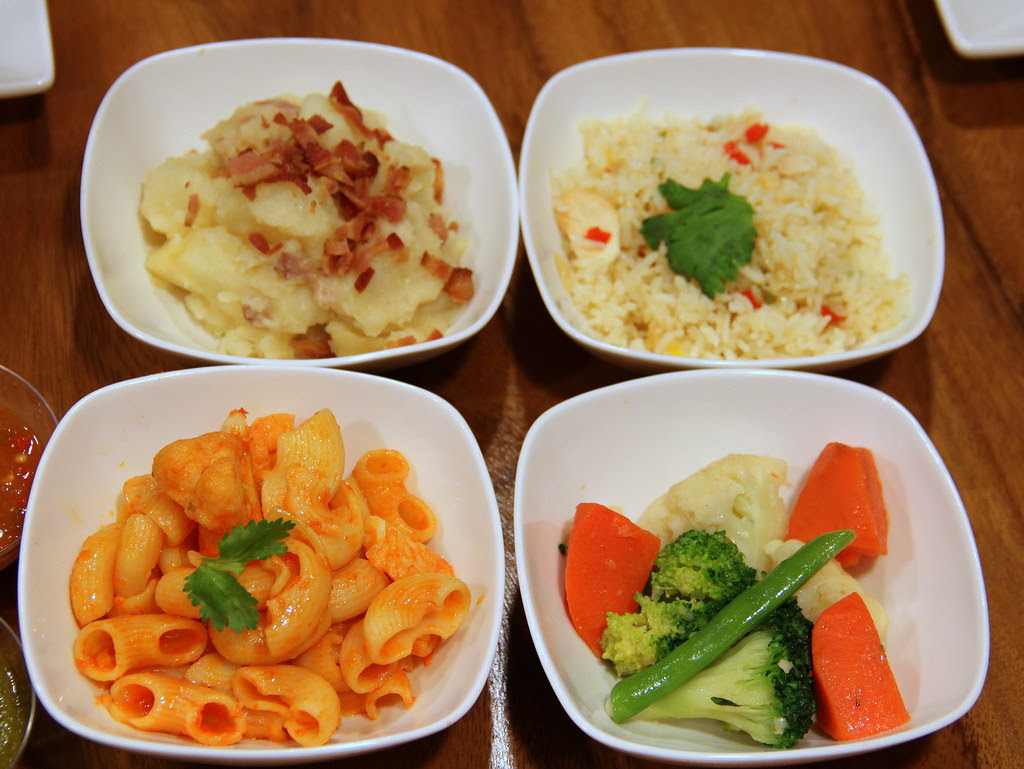 The sides at Charly T's are known as additions. When you ordered the Rotisserie Chicken, you can choose from the 4 different sides namely, German Potato Salad, Butter Garlic Rice, Fresh Vegetables and Macaroni & Cheese. My favourite was the German Potato Salad. I like the chunky potatoes that was complement with bacons. The additions can also be ordered as ala carte at $4 each. 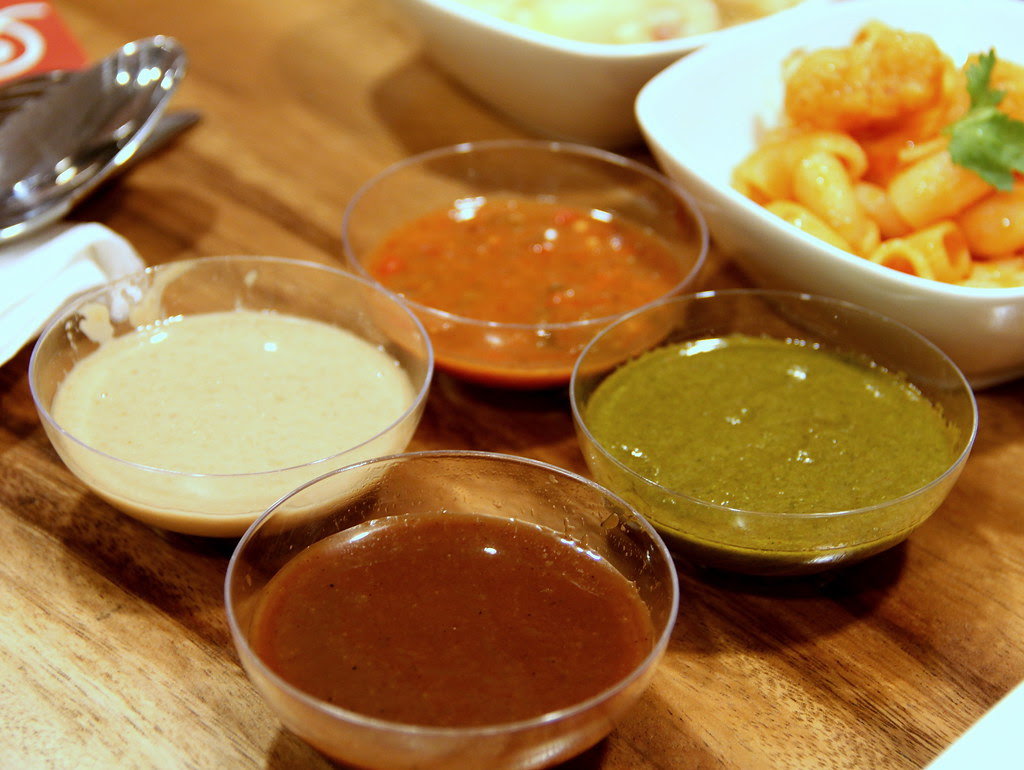 Sauces for the Rotisserie Chicken

4 different types of sauces were also available to go with the Rotisserie Chicken. 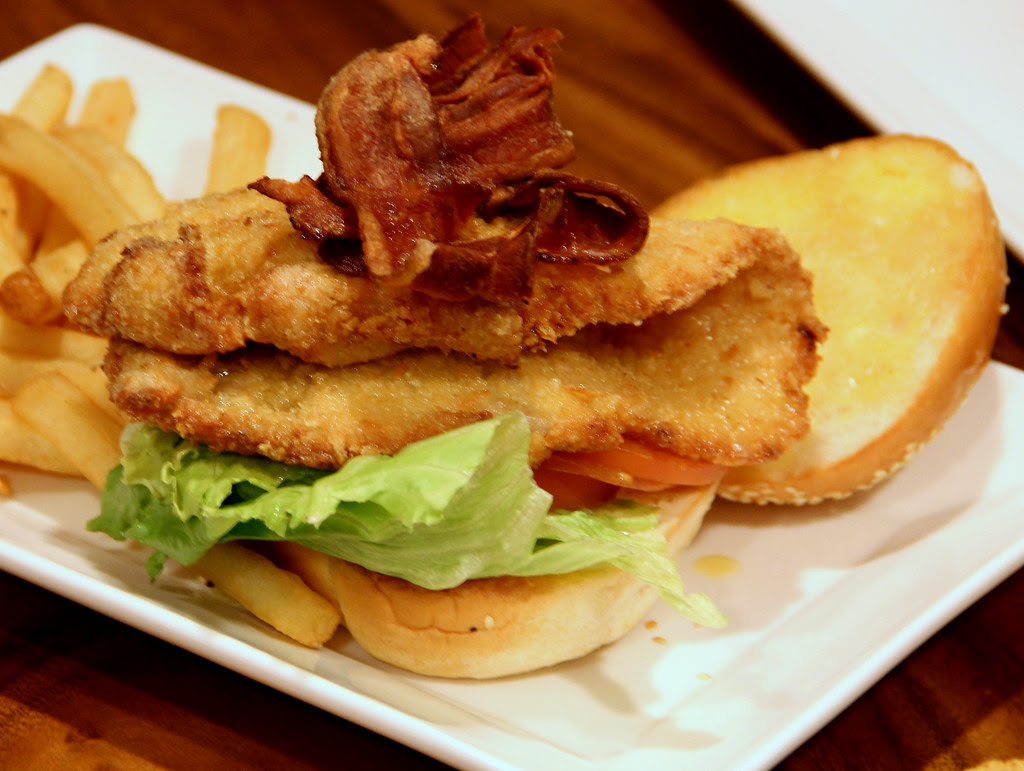 The Jumbo Schnitzel Burger ($14) in simple term is a huge chicken cutlet folded into half and served in between 2 buns. Schnitzel is actually a traditional Austrian/German dish made with boneless meat thinned with a schmammer coated in bread crumbs and fried. The deep fried chicken still retain its juiciness under the lightly battered skin. 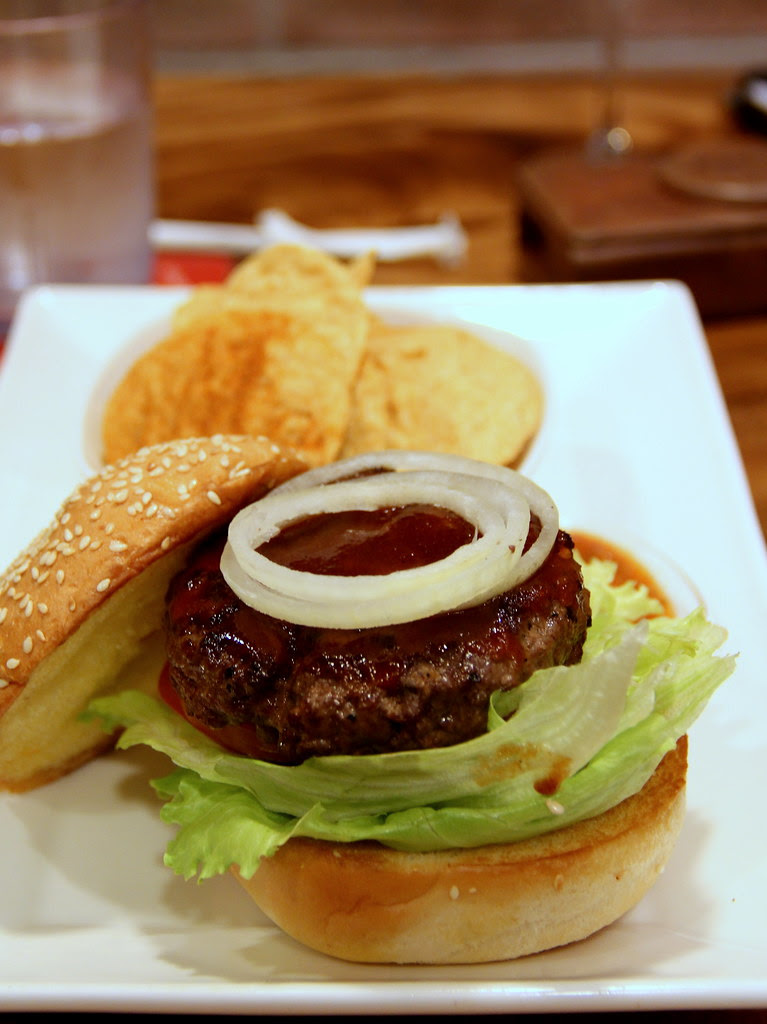 The CT's Beef Burger ($10.50) was a tad dry although the patty was meaty and firm. Maybe it was because it was left sitting there for too long with all the photo taking. I wish it could be more messy for some juiciness to it such as an runny egg or cheese. 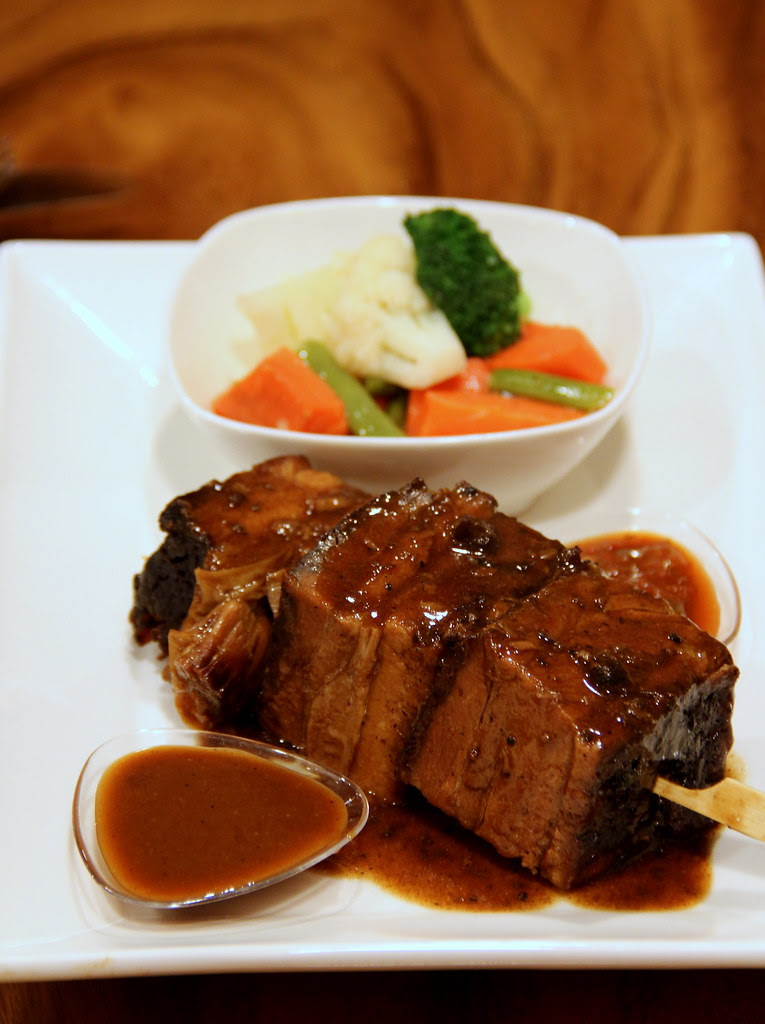 The food escapade next port of call brings us to Hawaii for the famous local Kalua Pork ($16). The pork belly was marinated for 48 hours and cooked with Ti leaves. The Kalua Pork is different from the chinese braised pork belly. It has lesser fat and does not have the melt in the mouth texture. 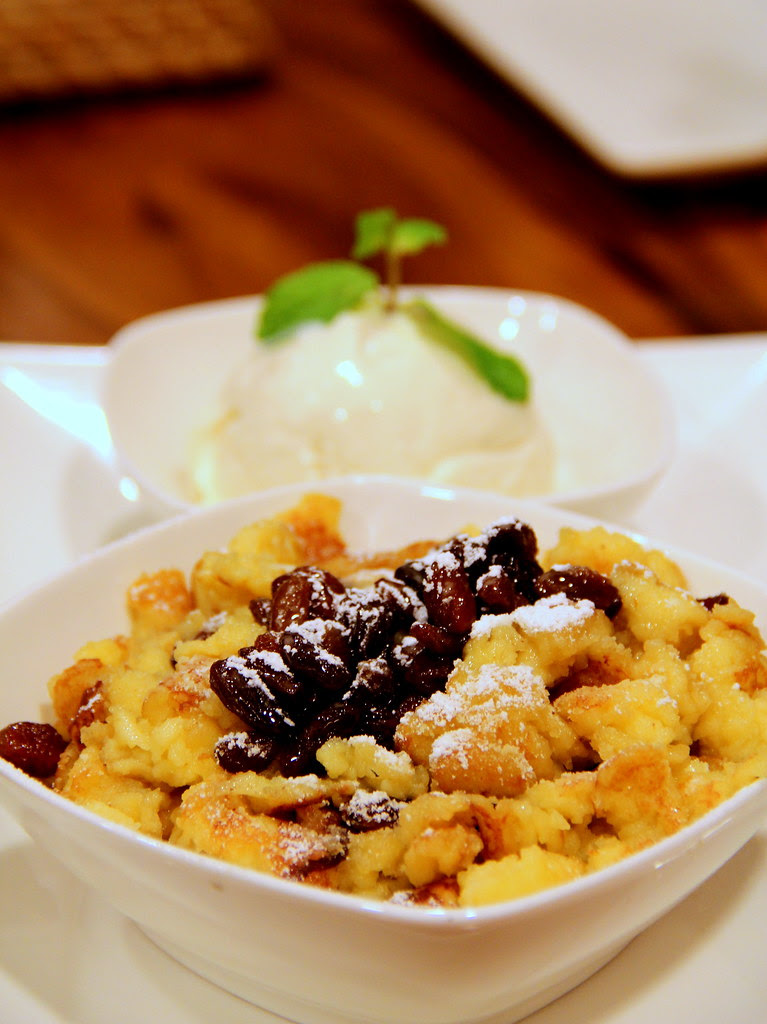 Our food journey ends with a lovely and beautiful Austrian/German dessert. Kaiserschmarrn ($14) loosely translated to mean Emperor's Mishmash. The warm and fluffy caramelized pancakes were sprinkled with powdered sugar, raisins and served with a generous scoop of French Vanilla ice cream. 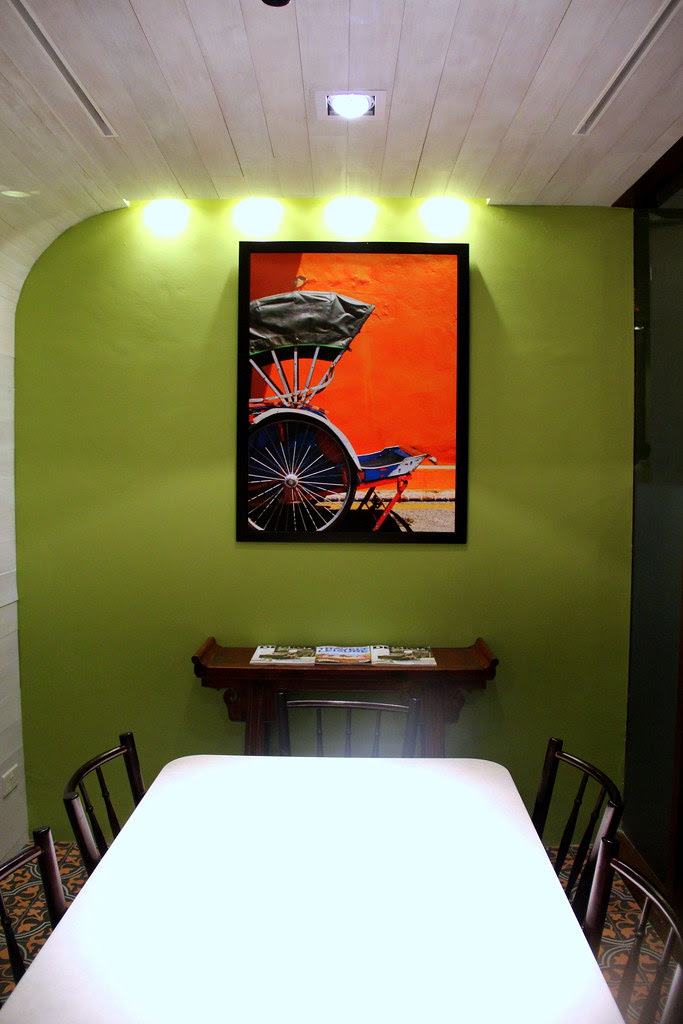 At Charly T's I12 Katong branch, there is also a private room with a Peranakan theme. This gives you a hint of the owner's roots. 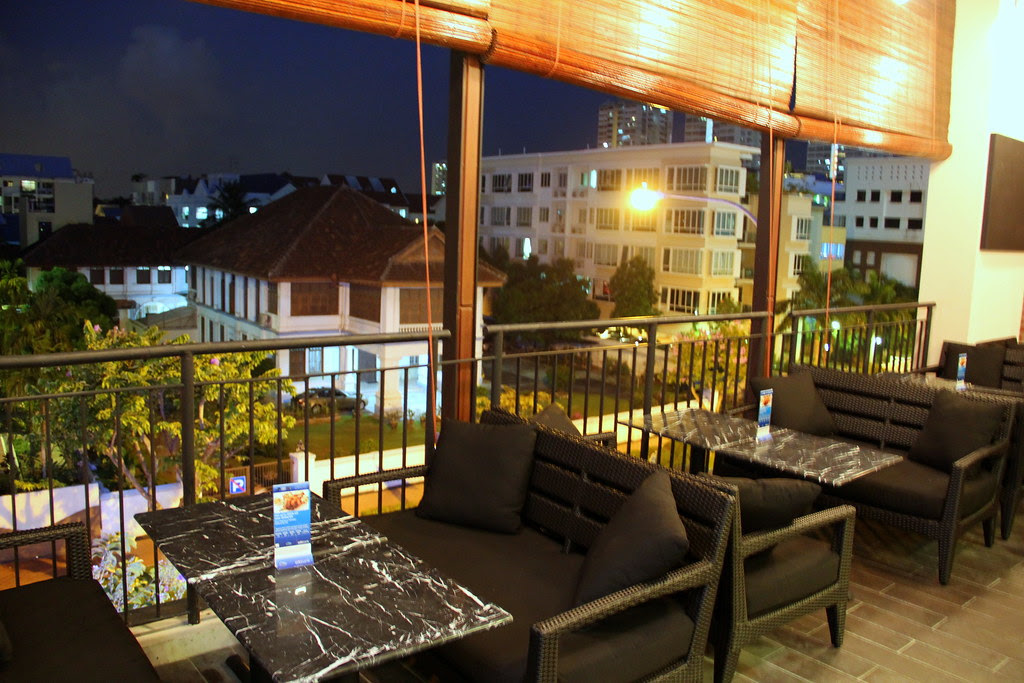 The restaurant also has an alfresco dining and drinking area with a nice view. Live soccer matches are also screened here and it is very popular over the weekend as it opens until 1am on Fri and Sat.

Thank you Foodnews for the invite and Charly T's hospitality.