The O'Coffee Club or commonly known as Coffee Club has a branch at Changi Airport Terminal 3 arrival hall. The cafe is located at the corner of the arrival hall having a cozy ambience we great view of the hall. 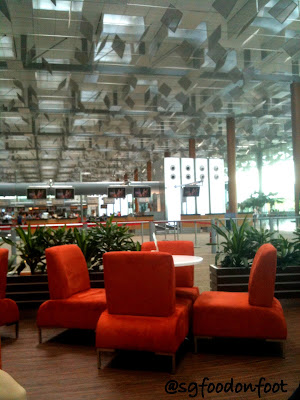 O'Coffee Club was having 1 for 1 promotion so my colleagues and I went to terminal 3 for lunch. I had the Black Pepper Duck Linguine. It has tender slices of smoked black pepper duck breast, arranged over a mound of linguine topped with gruyere cheese and black pepper cream sauce. The cream sauce was really "Oishi" but felt cheated as the portion was rather small. 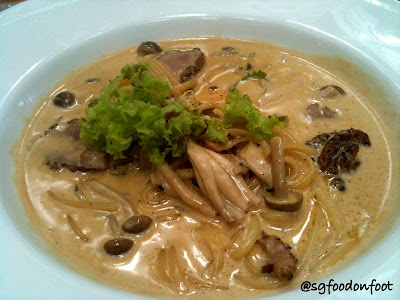