I was wondering around Albert Centre Food Centre thinking what to eat for dinner and I noticed a lot of people having congee that was served in styrofoam bowl. I started looking for the stall and found it tucked at a corner with a long queue.

I looked up the web and I realized that Li Fang Zhou Pin (麗芳粥品) has several branches around the island. There was a stall at ABC Brickworks Food Centre and another at Yuhua Market and Hawker Centre. Unfortunately I am not able to verify which is the original stall.

The congee was pretty good. I thought it was a wise idea to serve in styrofoam bowl. What I don't understand is for takeaway, the stall used plastic bowl instead for an additional 20 cents.

I had the Congee in Boat Style which is basically congess with sliced fish, cuttlefish, chives and peanuts. The congee was smoothy and not watery. It also came with Youtiao (油条) which was crisp and warm, giving a final toast on the grill before serving. 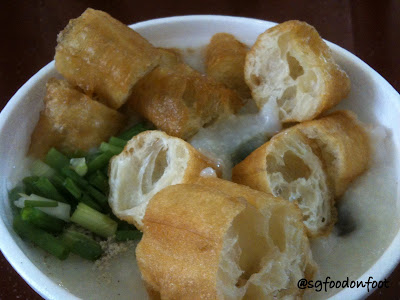 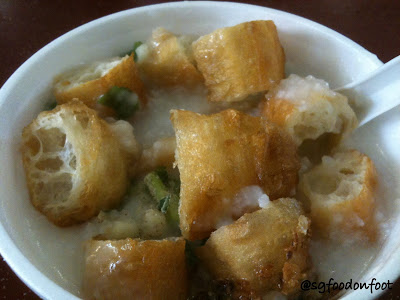