It has been years since I last visited the restaurant. The restaurant comes in two sections. One section for Korean BBQ while the other for Ala Carte. My friends opted for the ala carte and we ordered the set menu.

When the first servicing came, I was feeling disappointed that the varieties of side dishes in Korean cuisine have shrunk to just 3 small portions on a single plate. It turned out that the restaurant served some sort of Amus Bouche which was unexpected for a Korean restaurant. It has potato salad, anchovies (Ikan Bilis) and black peas on the plate. Both the potato salad and anchovies were ok but nothing Korean. The black beans were hard which I do not really know how to appreciate it. 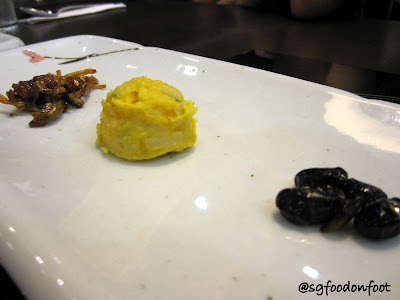 Now this is the best part of Korean cuisine. The spread of side dishes. 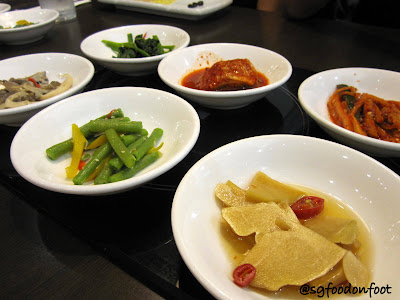 The pancakes were a bit tasteless to me but they were nice and not too floury. 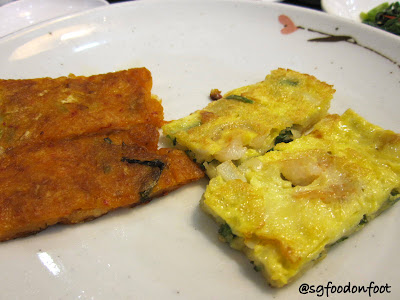 Korean Pancake 3.8/5
Ginseng Chicken which is known as Samgyetang in Korean is a summer dish that consists of a whole chicken stuffed with glutinous rice and cooked in Korean ginseng broth. At first I was worried that the soup will be too heavy with ginseng flavour but it turned out not. The chicken was also nicely cooked and tender. 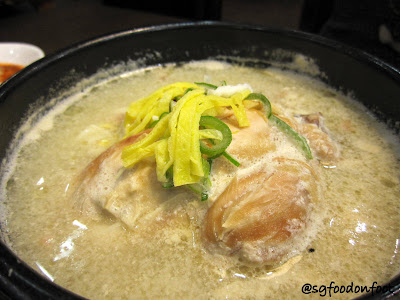 Ginseng Chicken 4.2/5
I have never eaten Mackerel cooked in Korean style and I love it a lot. It was my favourite for the night. I think I ate three quarter of the dish alone. However this dish is not suitable for children. There were a lot of fish bones and care has to be taken eating this dish. 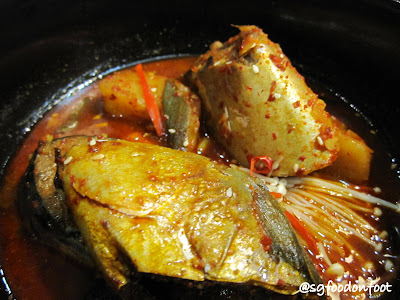 Mackerel 4.5/5
The Bulgogi Pork was a bit small in portion and tiny sliced. It came with a plate of lettuce so you can wrap the meat with the lettuce and eat it as a whole. The lettuce gave the dish a freshening texture and balanced the oiliness of the meat. 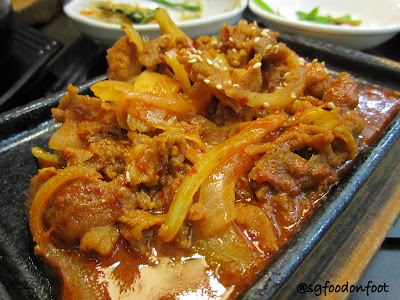